as seen through exhibits in the 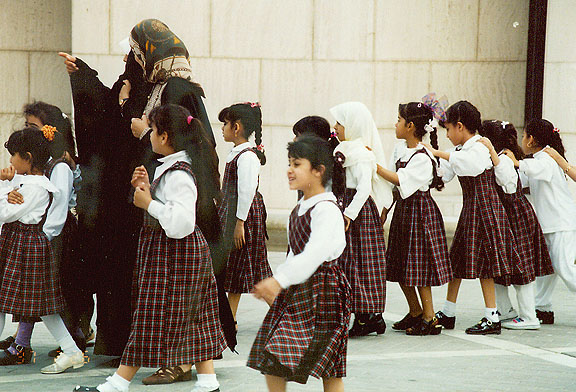 school children and their teacher on the way to the Museum

Bahrain's population was estimated at 641,539 in 2000, giving the country a density of 908 persons per sq km (2,352 per sq mi). About 91 percent of the population resides in urban areas, primarily in Manama, its suburbs, and the nearby city of Al Muharraq on the island of the same name. Manama serves as the country's governmental and commercial center, while Al Muharraq is the site of Bahrain International Airport. 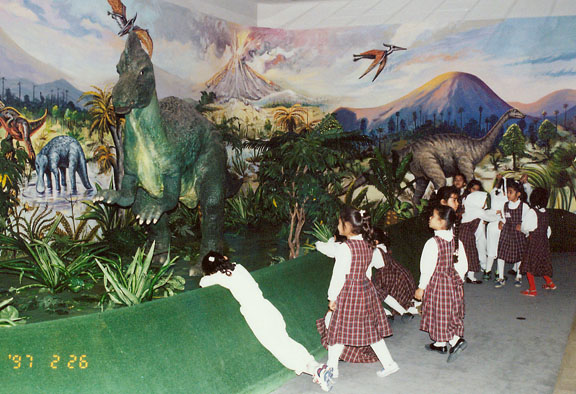 The country has a high population growth rate, 1.92 percent (2000 estimate). This high growth rate results primarily from a continued relatively high birth rate. Males account for 57 percent of the population. The higher number of males occurs almost entirely within the age group from 15 to 64 years. This difference and its concentration in that one age group reflect the fact that about 60 percent of Bahrain's workforce is foreign and male.

the Ethnographic section of the Museum 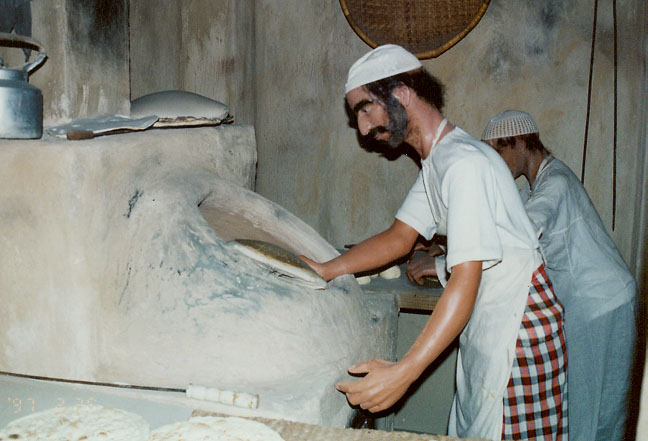 Native Bahraini Arabs account for 63 percent of the population. The various minorities include South and Southeast Asians (accounting for 13 percent of the total population), other Arabs (10 percent), and Iranians (8 percent). Other groups, including western Europeans and Americans, make up the remaining 6 percent. Some tensions exist between native Bahrainis and nonnative groups, especially in times of high unemployment. The official language is Arabic. English, Farsi, and Urdu are also widely spoken. 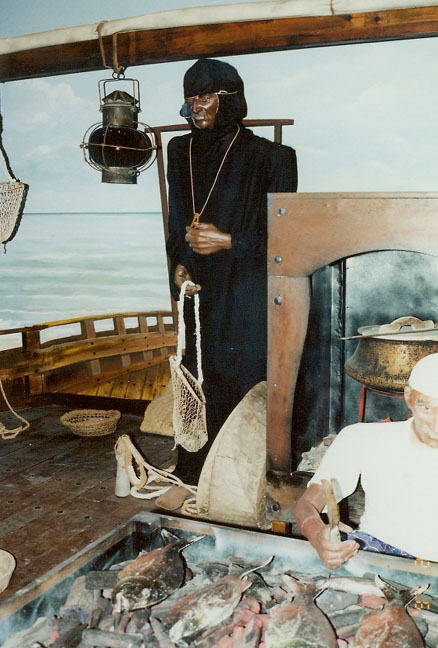 Almost all Bahrainis and the majority of non-natives follow Islam. About 70 percent of all native Bahrainis belong to the Shia branch of Islam, and the remainder, including the ruling al-Khalifa clan, are Sunnis. Non-Muslims, including Hindus, Buddhists, Christians, and Jews, account for 15 percent of the total population. High unemployment among the Shia population has caused considerable discontent on the part of this group toward the Sunni-dominated government. 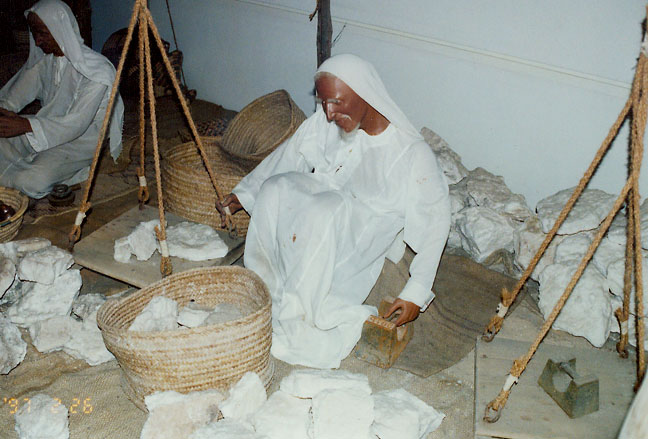 weighing the salt for sale in the market 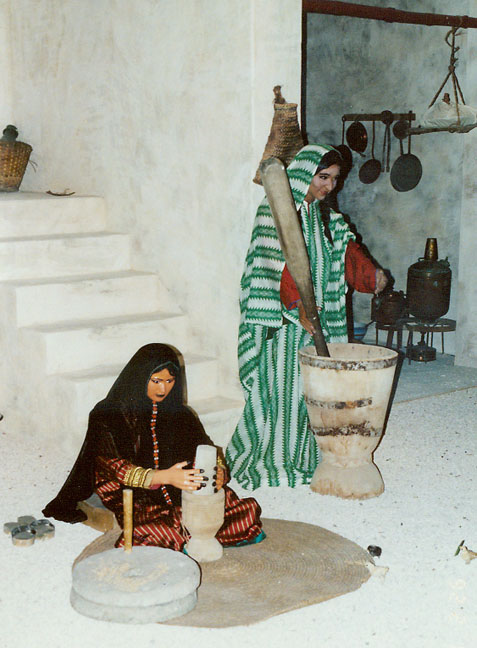 pounding and grinding the grain 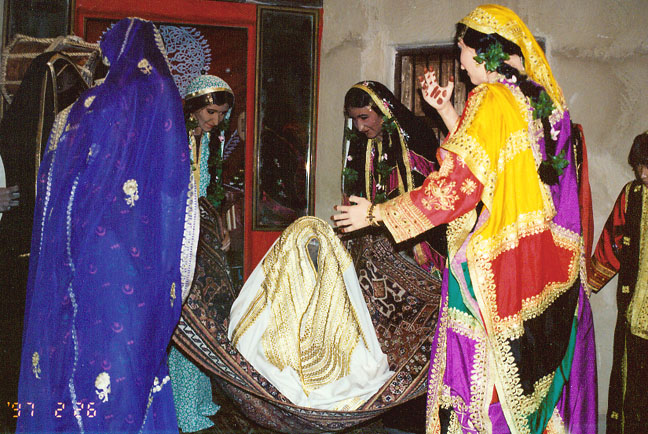 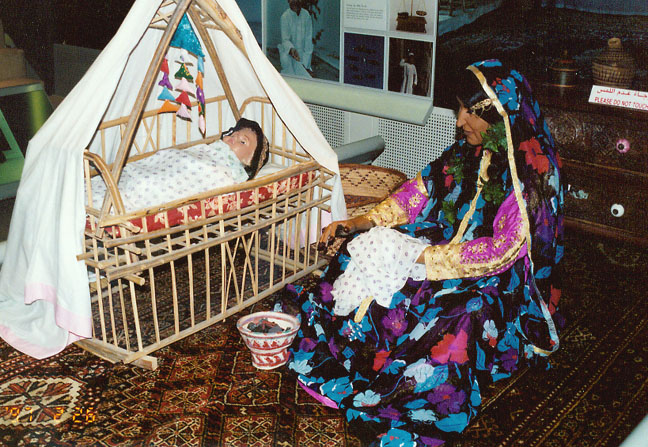 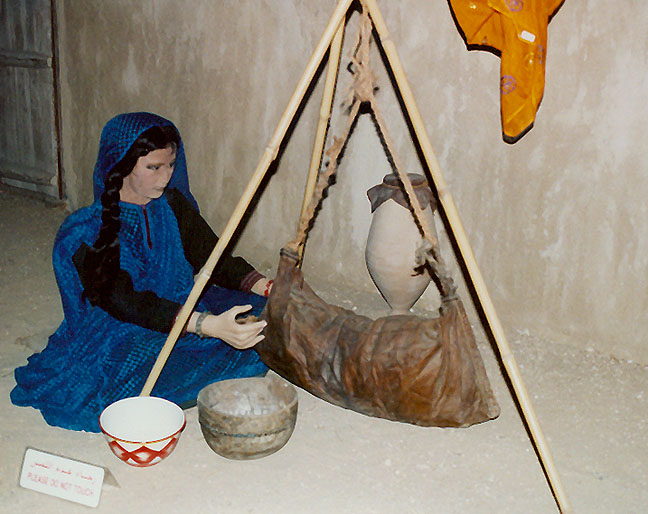 getting water from the goat skin storage container

tasks of the men 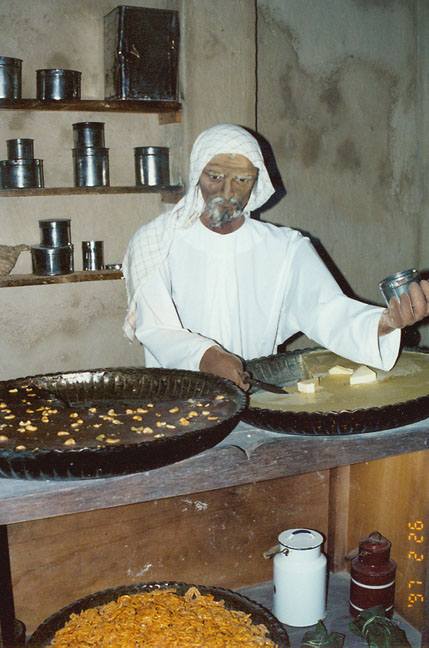 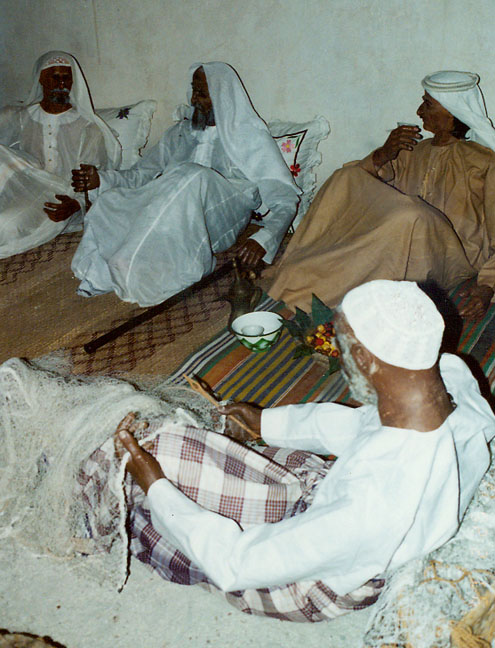 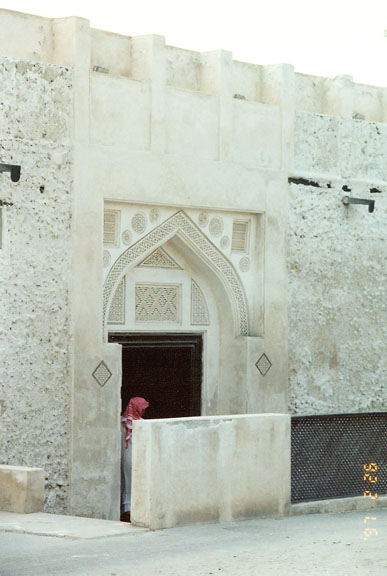 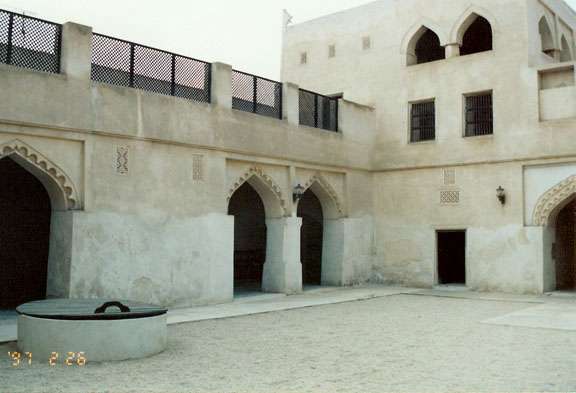 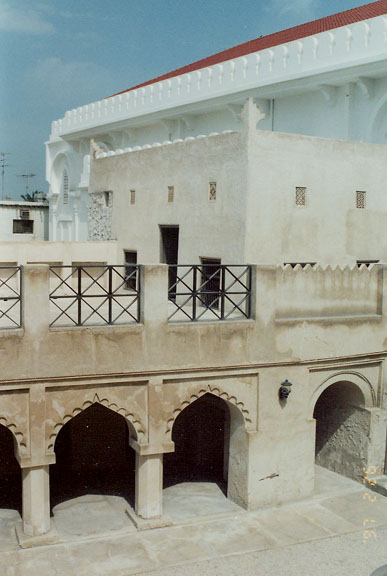 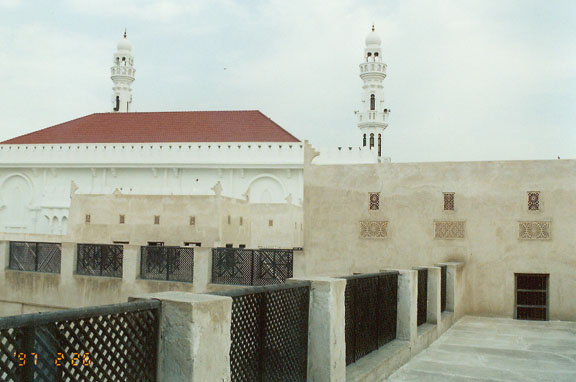 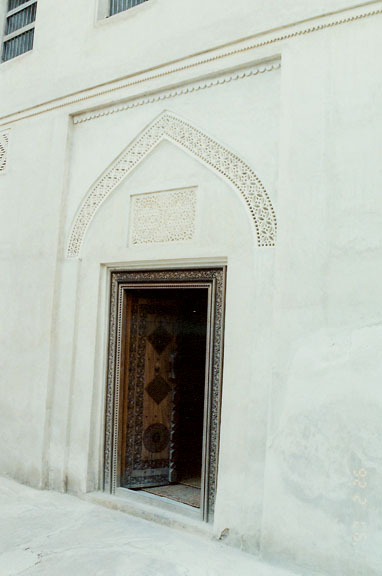 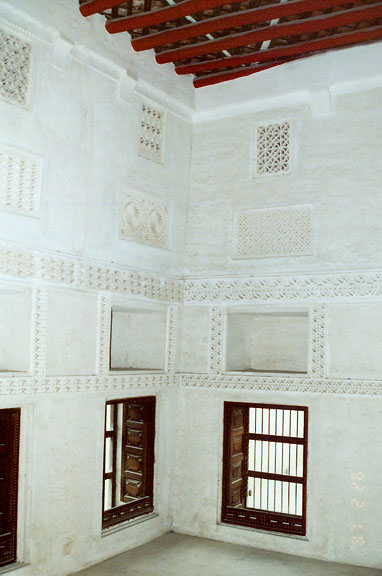 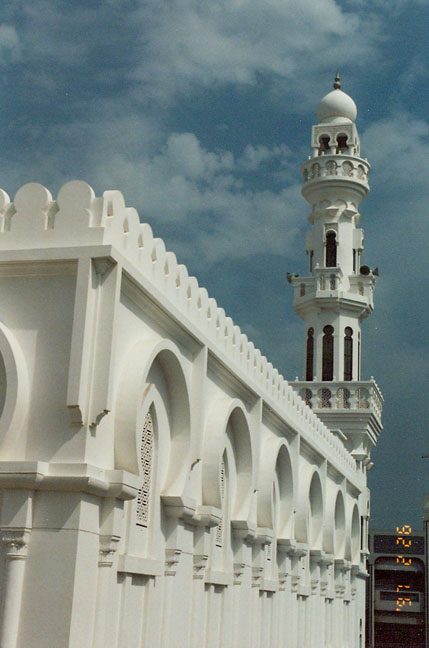 the minaret of the house mosque