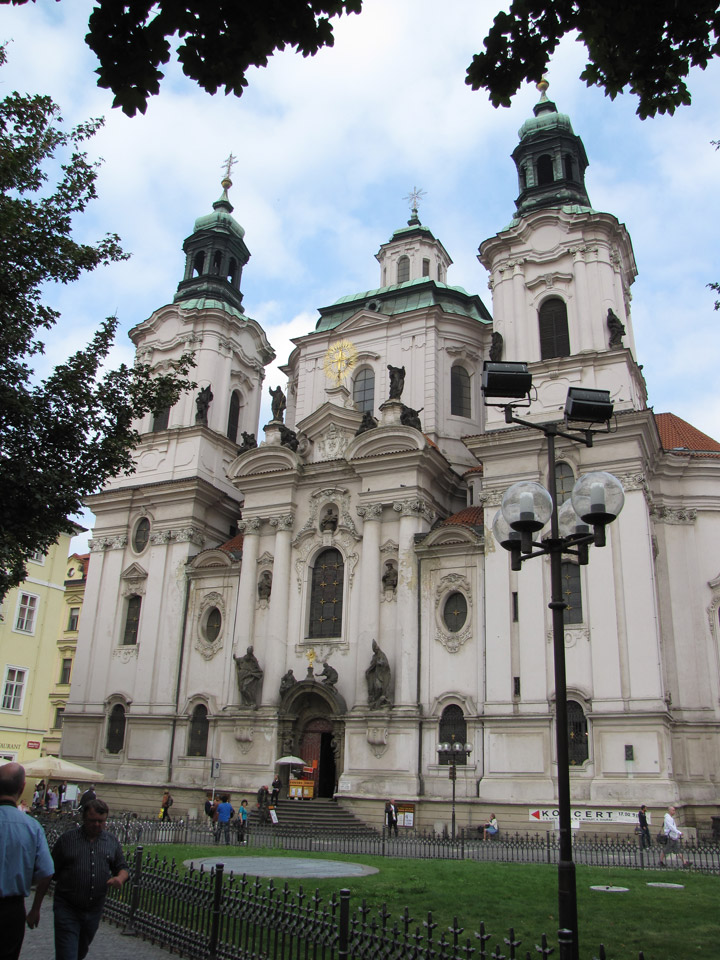 Beautiful St. Nicholas Church at the Old Town Square was completed in 1735. It replaced a parish church, mentioned in records dating back as early as 1273. 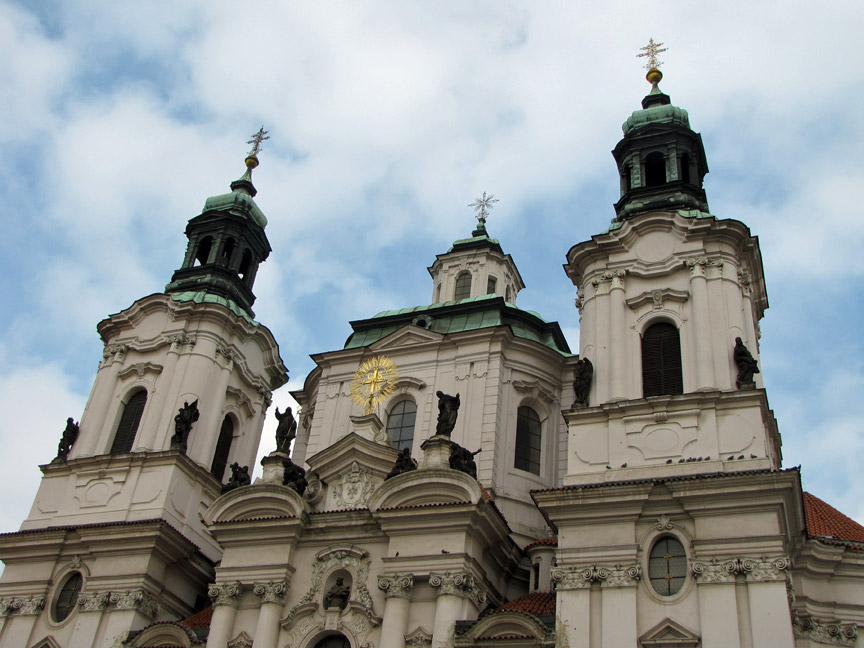 It wasn't until 1901, when the Krenn House was demolished, that its lovely white façade became visible to the rest of the Old Town Square. It simply gleams, hit by the sun during the day and lit by strong white lights at night. 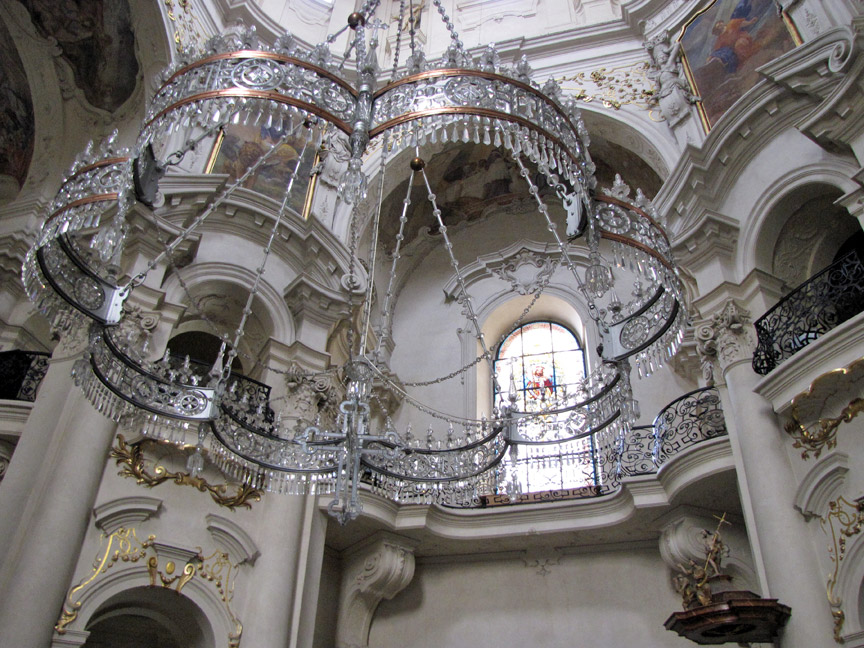 St. Nicholas is a Baroque church, decorated with sculptures by Antonín Braun. The interior design was inspired by the chapel of St. Louis-des-invalides in Paris. The delicate stucco decoration was executed by Bernardo Spinetti, and the frescos are by Peter Adam the Elder. 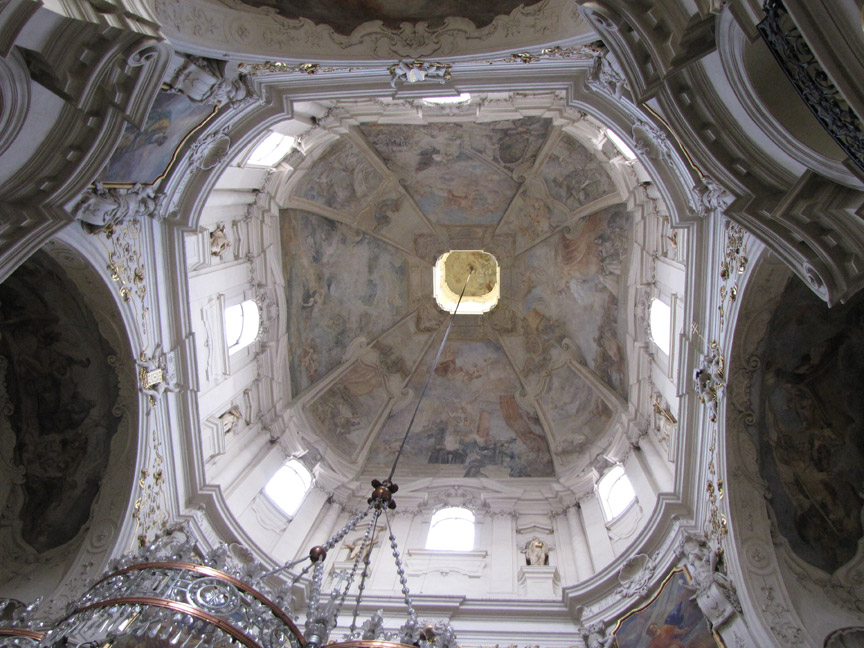 In 1781 decoration inside St. Nicholas was removed after emperor Josef II ordered the closure of all monasteries without a social function. 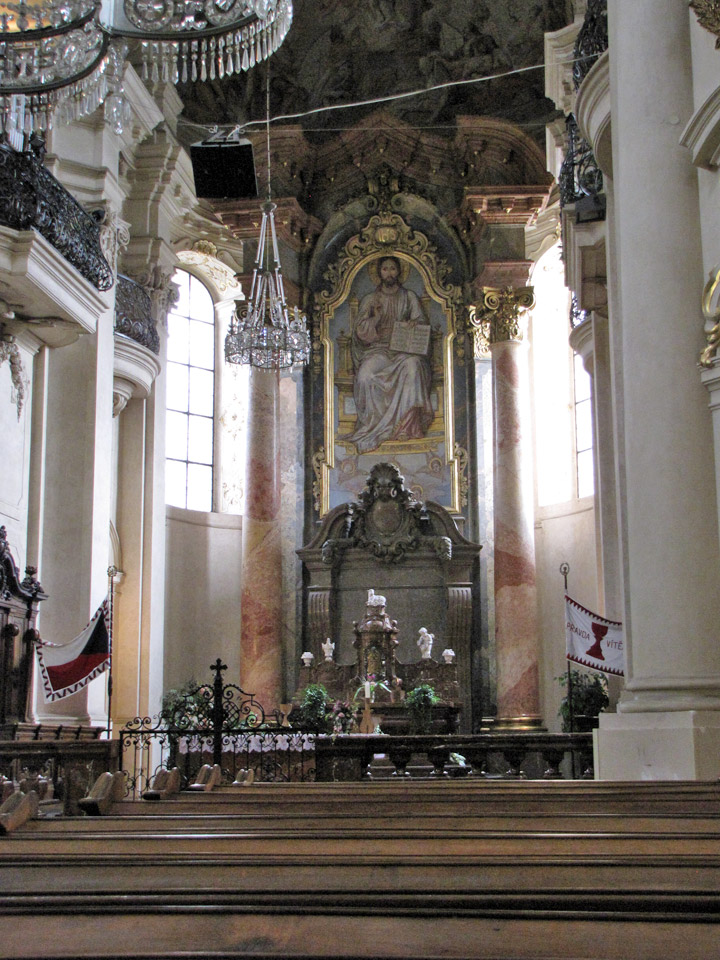 From 1870-1914 St. Nicholas became Russian Orthodox. Then, during the second World War, Czech army units were stationed here and artists were set to work restoring the church. 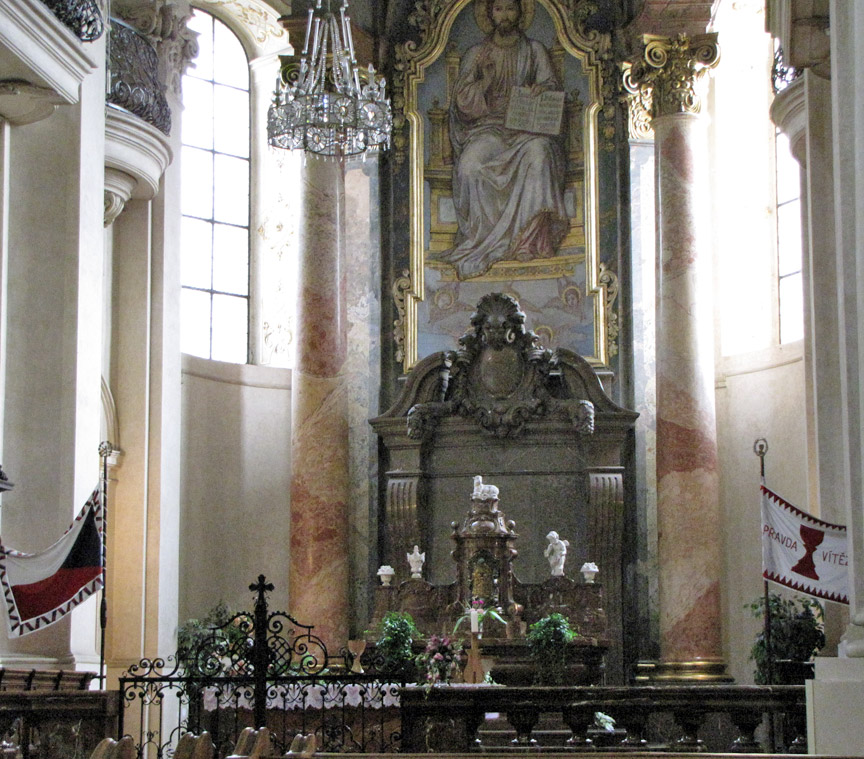 After the war, St. Nicholas was handed over to the Czech Hussite movement, with whom it remains today. It now serves as both a church and a magnificent venue for classical concerts 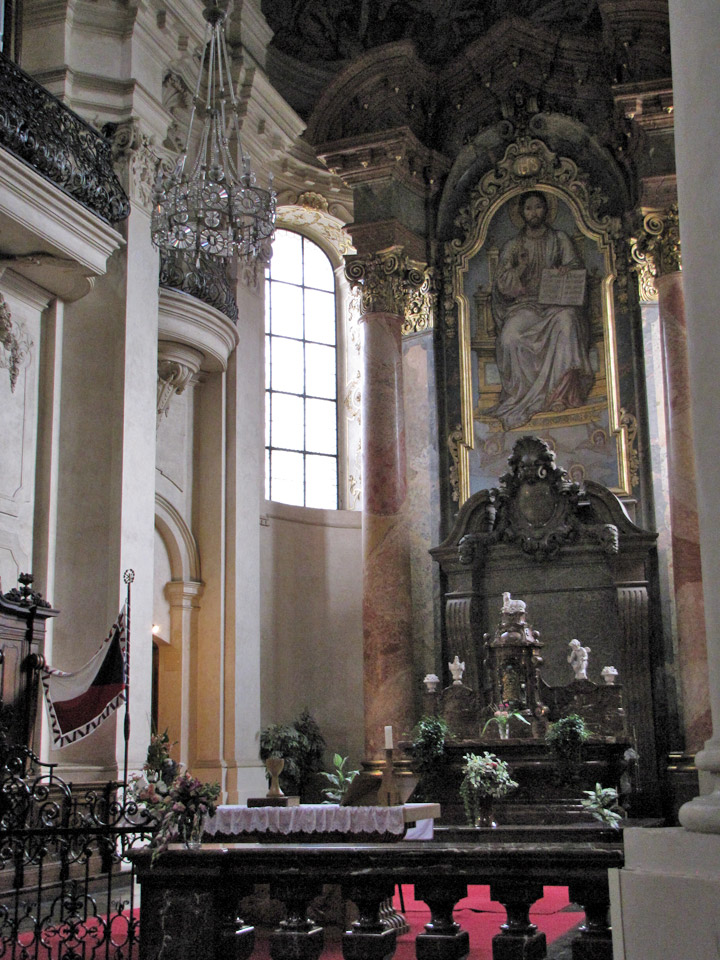 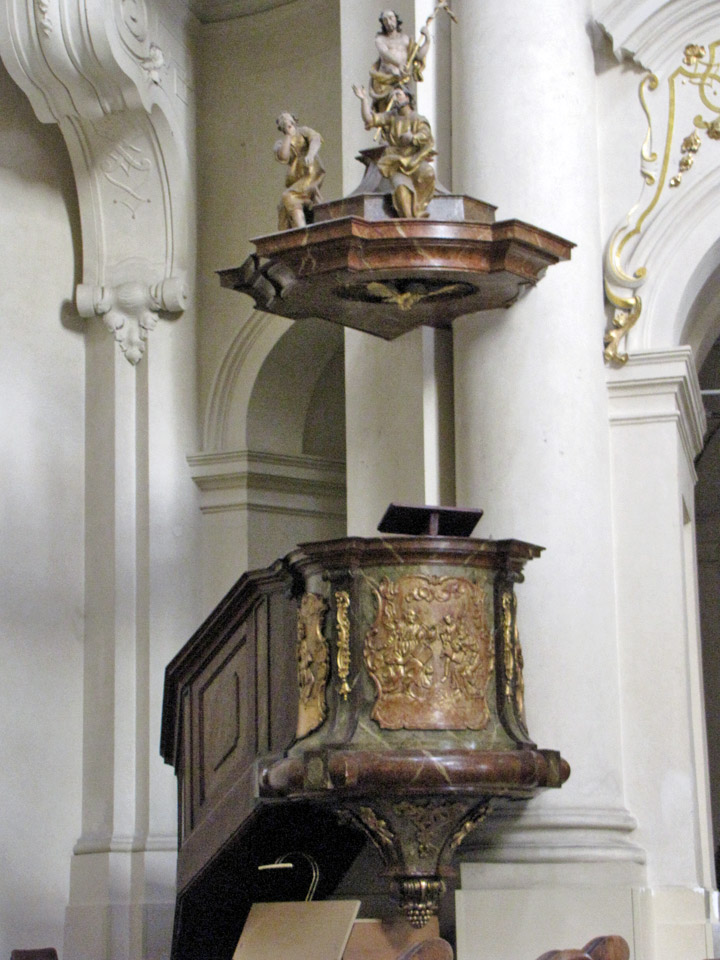 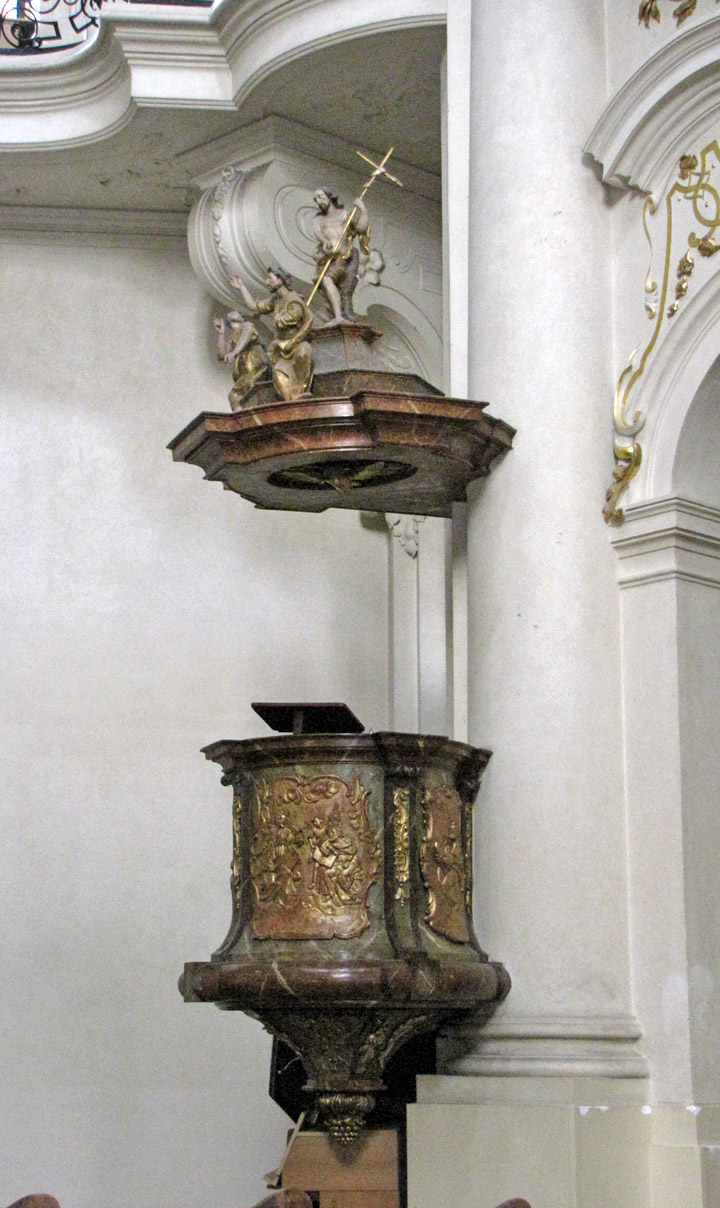 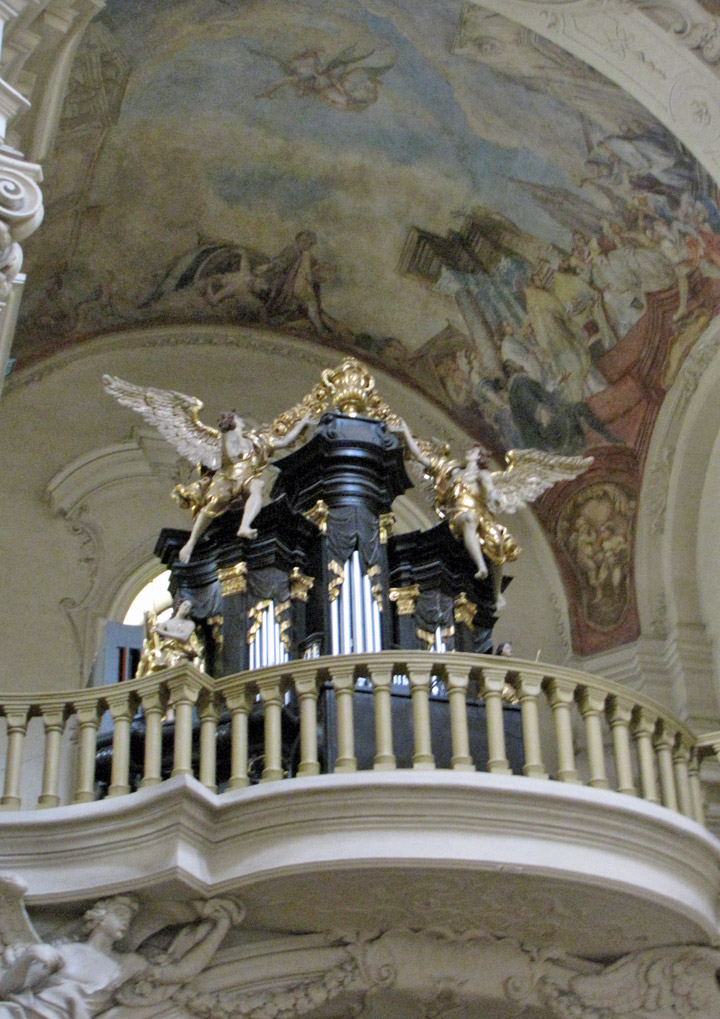 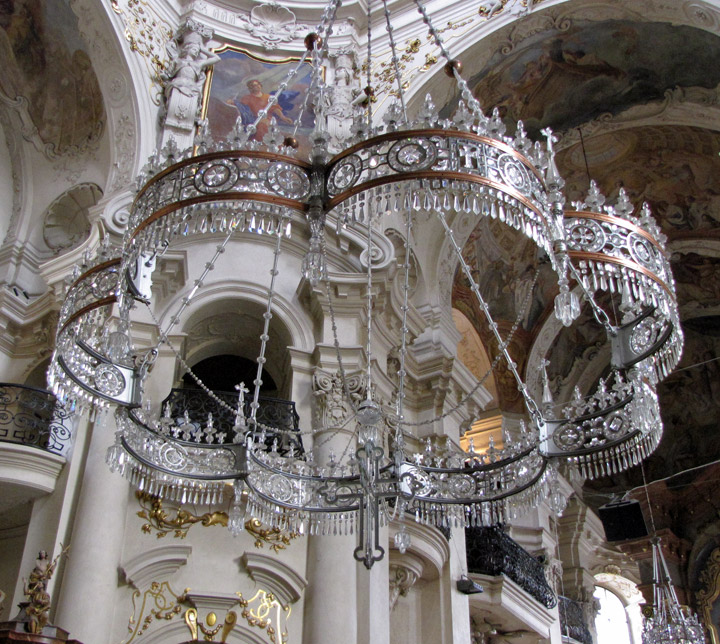 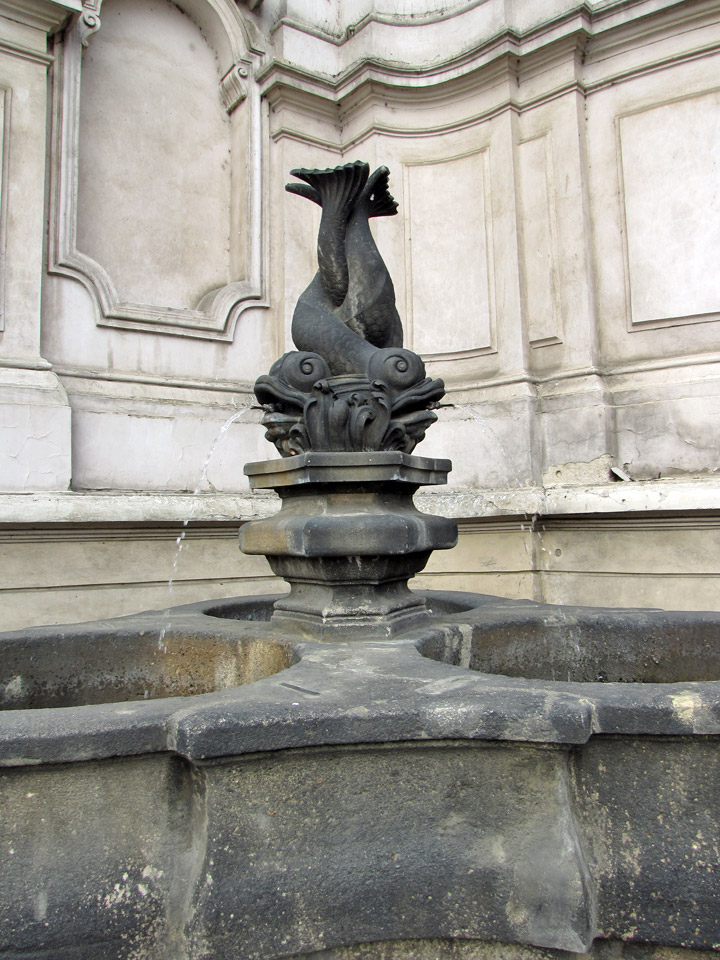