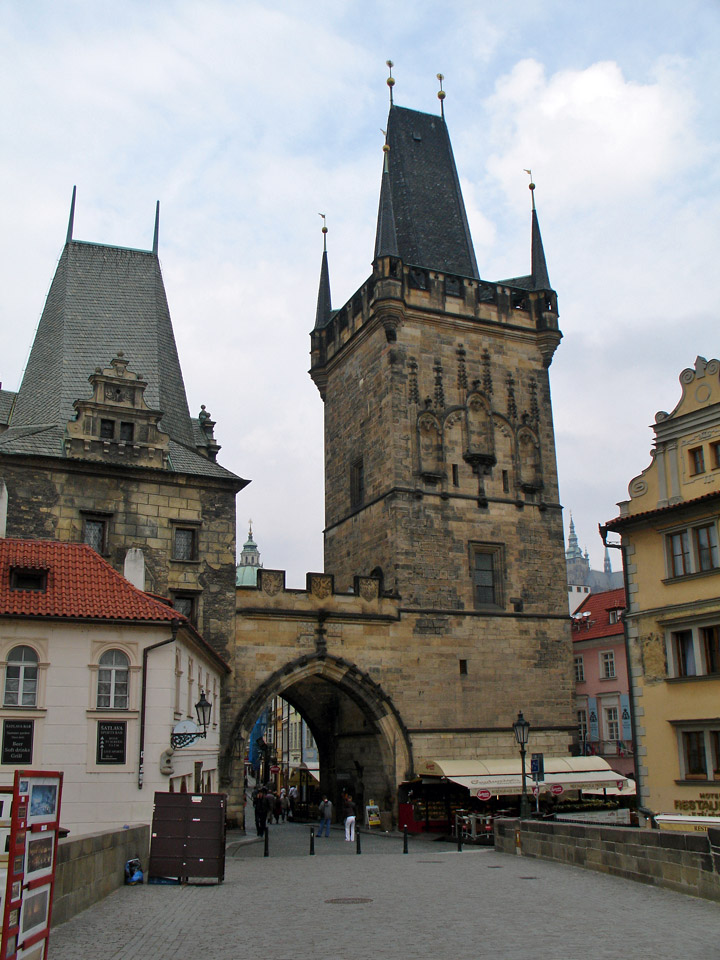 Malá Strana (German: Prager Kleinseite) is a district of the city of Prague, Czech Republic, and one of its most historic regions. 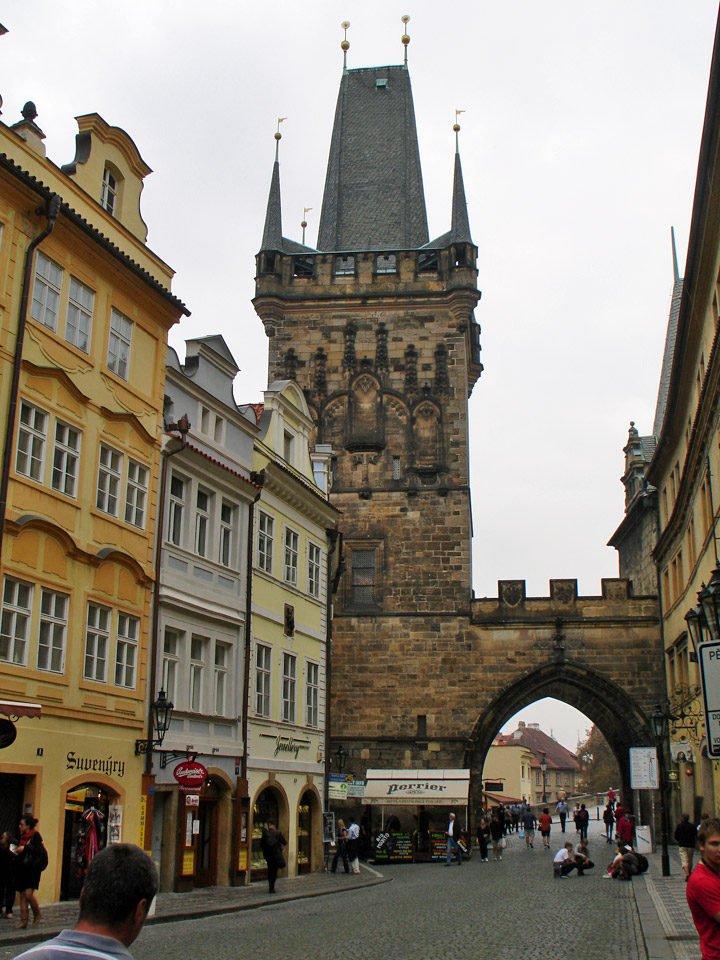 The name translated into English literally means "Little Side", though it is frequently referred to as "Lesser Town", "Lesser Quarter", or "Lesser Side". This name derives from its position on the left (west) bank of the river Vltava, on the slopes just below the Prague Castle, in opposition to the larger towns of Prague on the right bank, to which it is conjoined by the Charles Bridge. 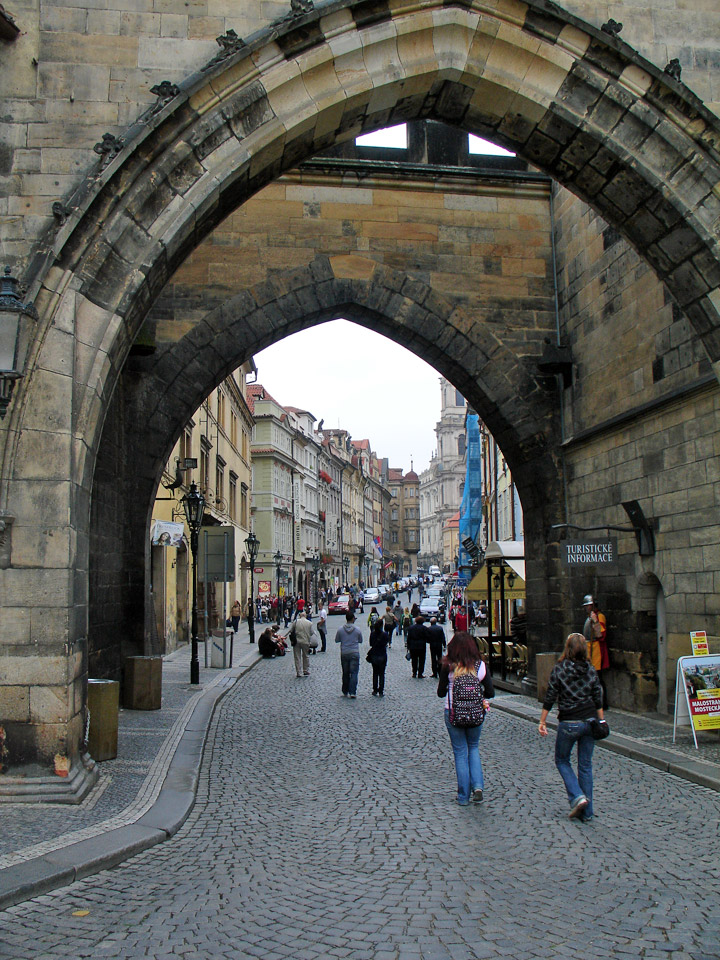 In the Middle Ages, it was a dominant centre of the ethnic German citizens of Prague. It also housed a large number of noble palaces while the right-bank towns were comparatively more bourgeois and more Bohemian Czech. 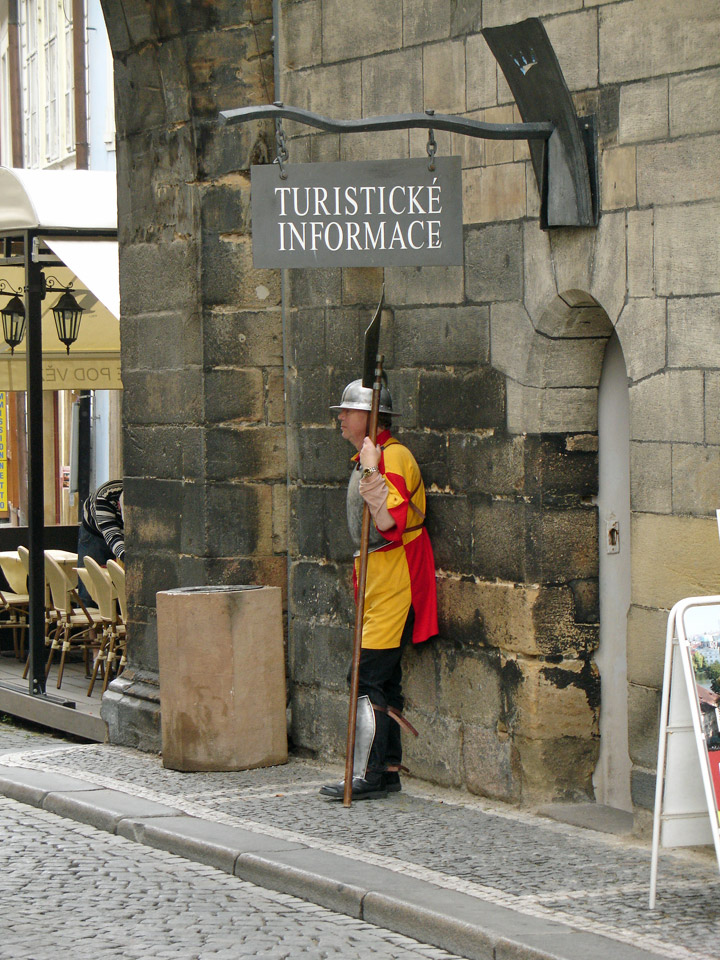 In the distant past, Malá Strana was called Malé Město Pražské (Lesser Town of Prague). Malé Město Pražské was created in 1257 by amalgamating a number of settlements beneath the Prague Castle, into a single administrative unit. This was done during the reign of Přemysl Otakar II. The newly-founded town got the permission to be a royal town, and many more privileges. The residents were mostly German craftsmen, invited by the King. Even though the city was royal, the King did not master the city as a whole. By the middle of the century the city was renamed Malá Strana. 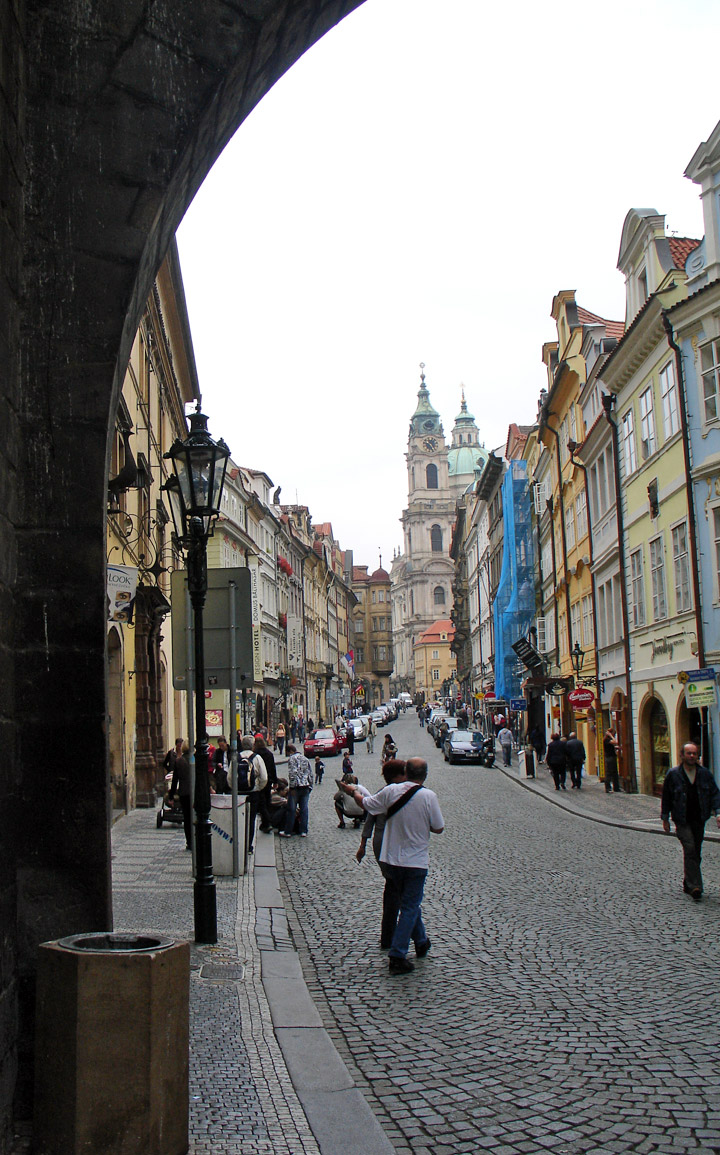 * The market place, now known as Malostranské náměstí, was a center of the town. Initially, this marketplace was divided on the upper and lower parts with a St Nicholas Church on border. 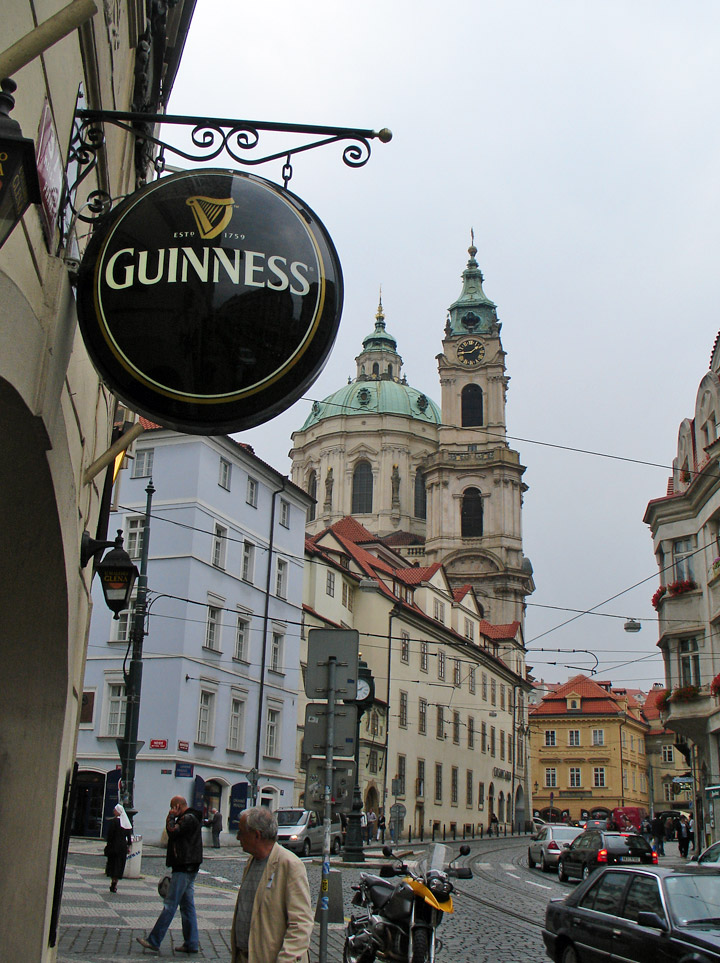 St Nicholas church in the background

* As in most of Prague, the traces of Charles IV developments are seen in Mala Strana, one example is the Hunger Wall. 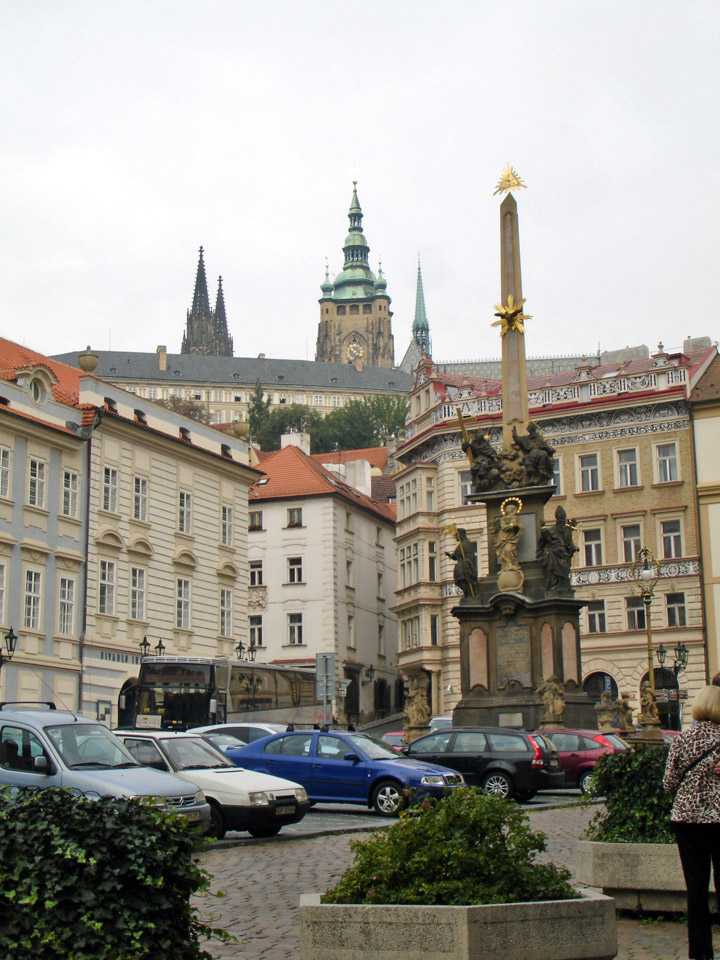 Prague Castle in the background

* In 1541 the finest Charles' City was damaged by fires, and devastating wars. Mala Strana was mostly destroyed. 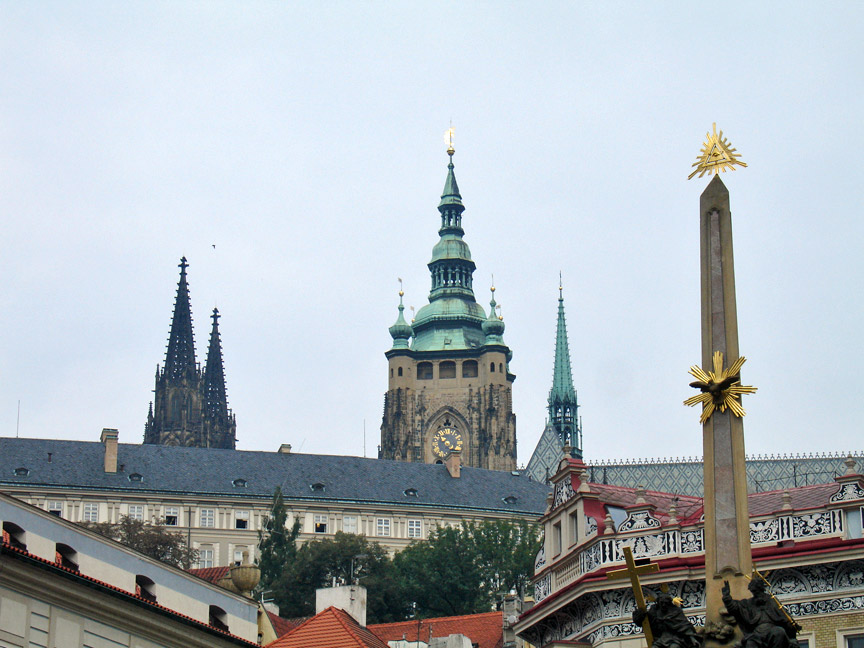 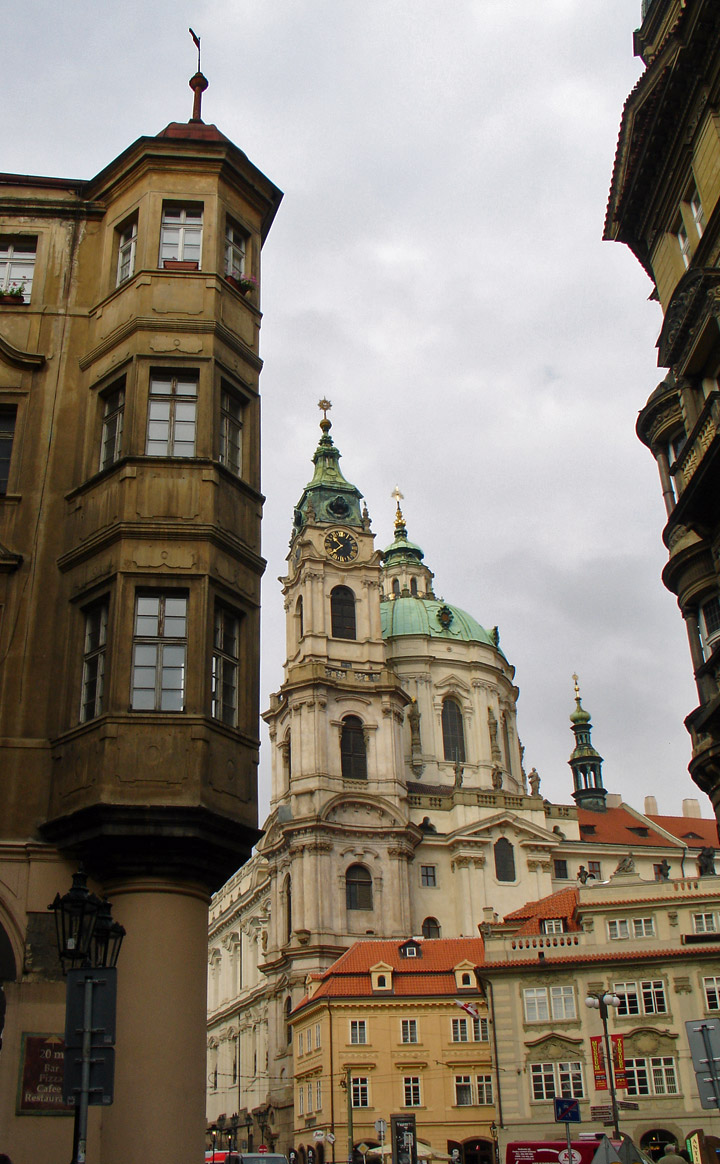 * The most extensive and unforgettable building of Baroque Era on Mala Strana, is an Albrecht von Wallenstein's palace. He was a military general in-chief of Emperor Ferdinand II. Under his order 26 new houses and old gates were built on the freed place. The extensive palace complex with five courtyards and the garden, which is set as a French Park. 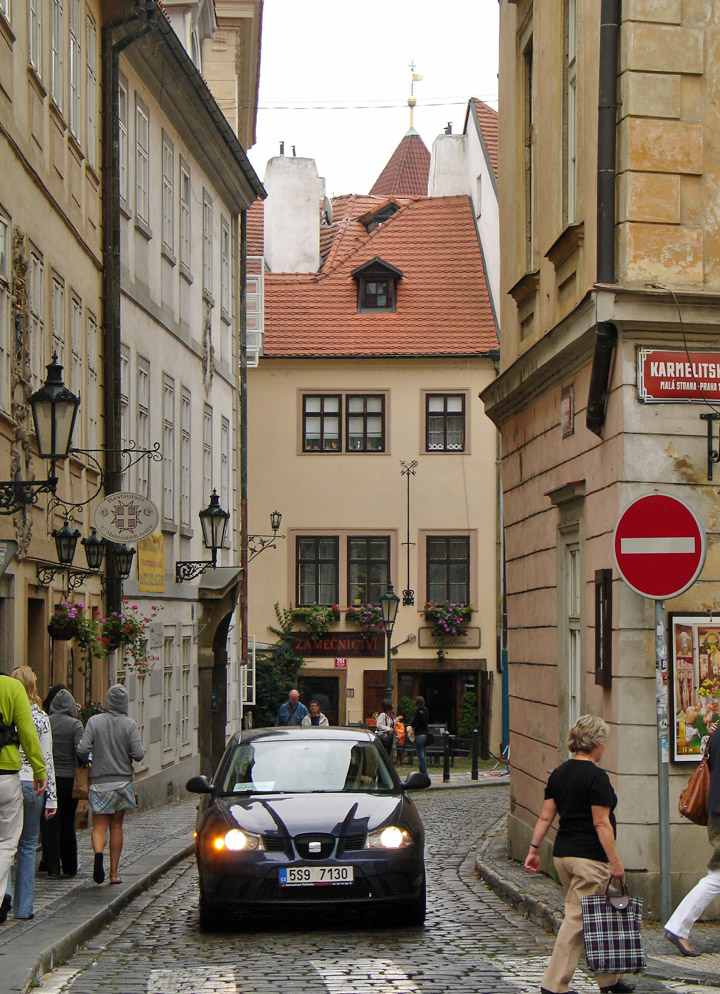 * The Churches are the most frequent and interesting developments on Mala Strana. The finest one and the most prominent in the St Nish Church. This is a masterpiece of Christoph Dientzenhofer and Kilian Ignaz Dientzenhofer, father and son. The finest painting inside the church is an apotheosis of St. Nicholas, the defender of children, seamen, and wayfollowers. This painting is set in the dome of the church. It depicts an apotheos of Saint Trinity. 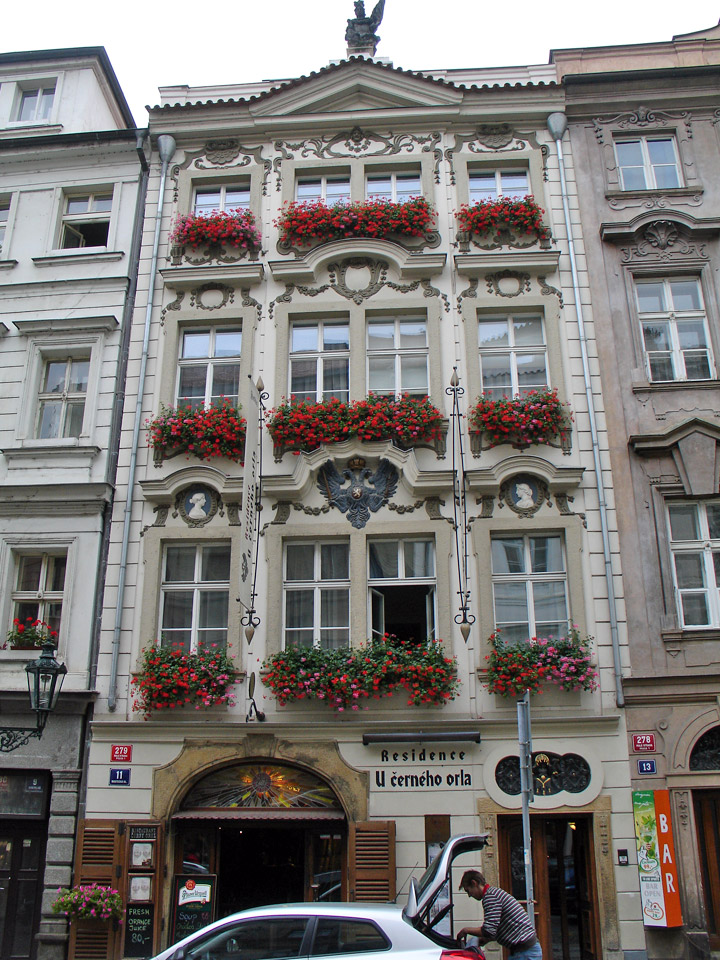 * The famous statue of the Holy Infant Jesus of Prague is located in the Church of Our Lady Victorious in Malá Strana, Prague. The devotion and the church drew millions of Roman Catholic faithful to Malá Strana throughout the years. 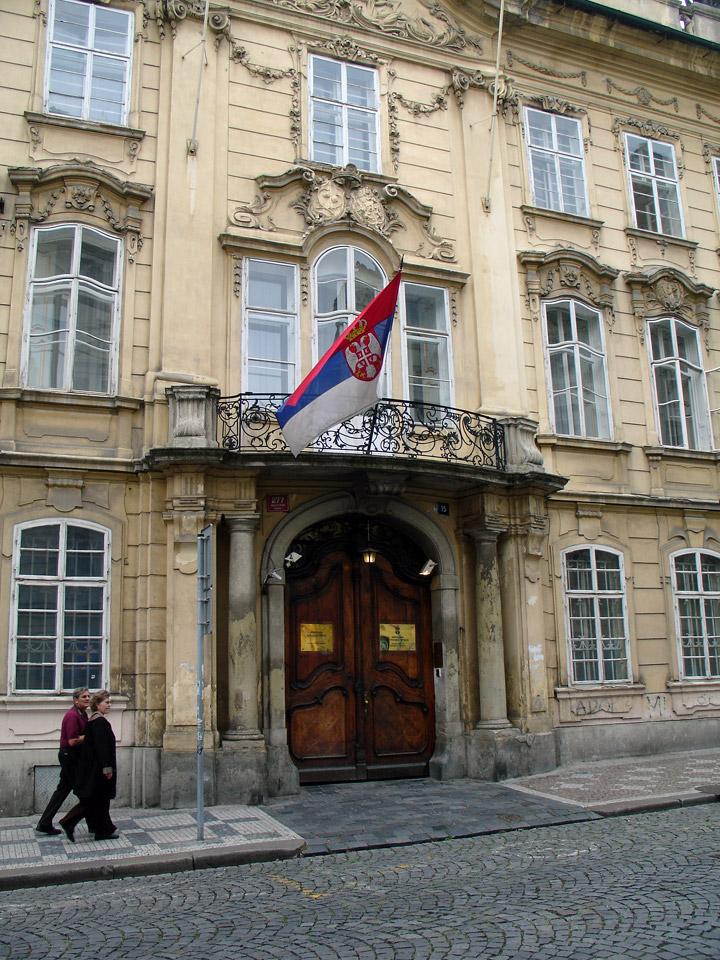 * In 1989, the "Prague Embassy" of West Germany, located in the Palais Lobkowicz, was the site of a drama involving thousands of East German refugees. Their cars were left behind in the quarter. 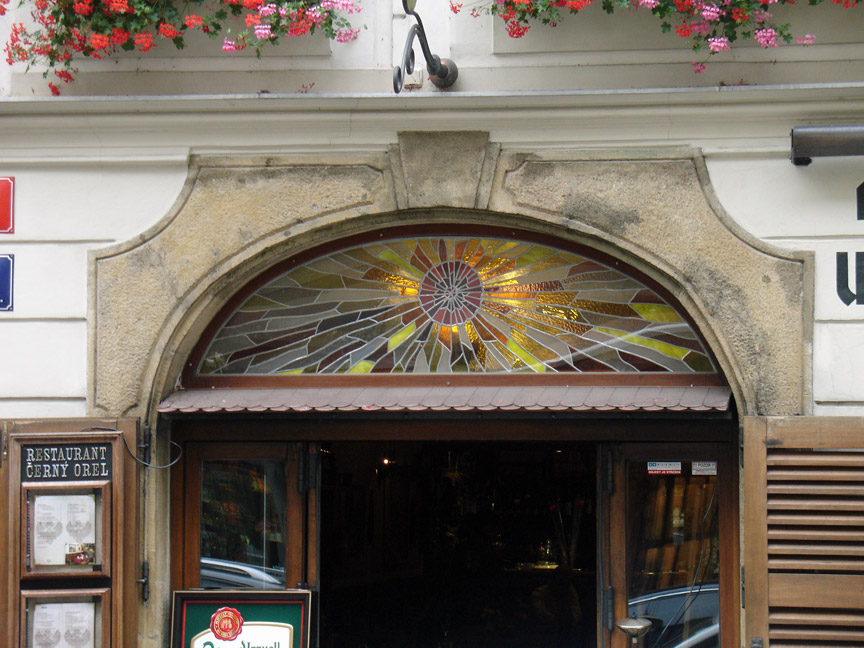 * The famous Czech novelist Jan Neruda was born, lived in and wrote about Malá Strana; Nerudova Street is named after him. 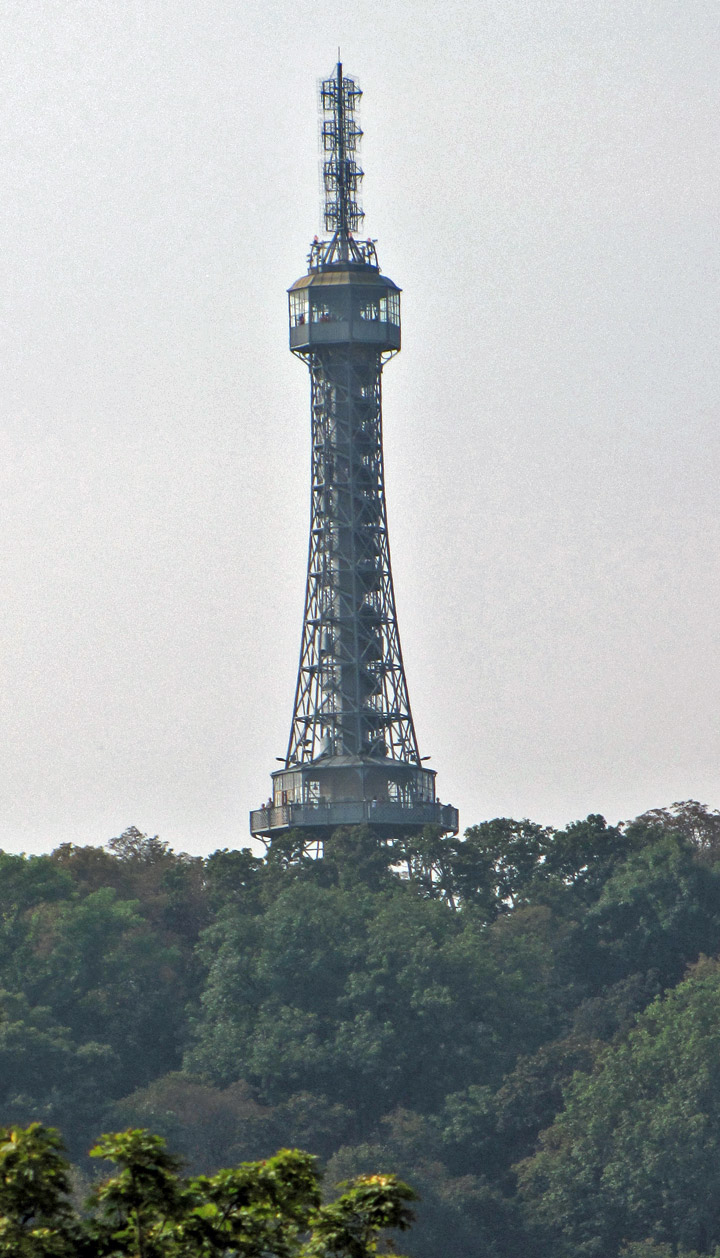 * The Petřín lookout tower is located in Malá Strana. 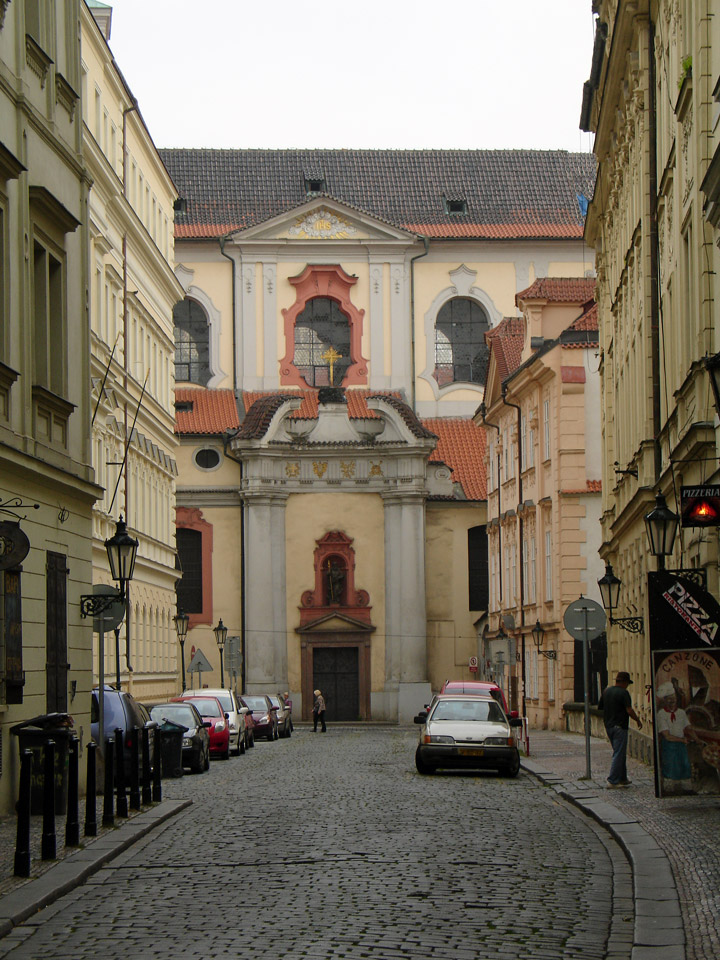 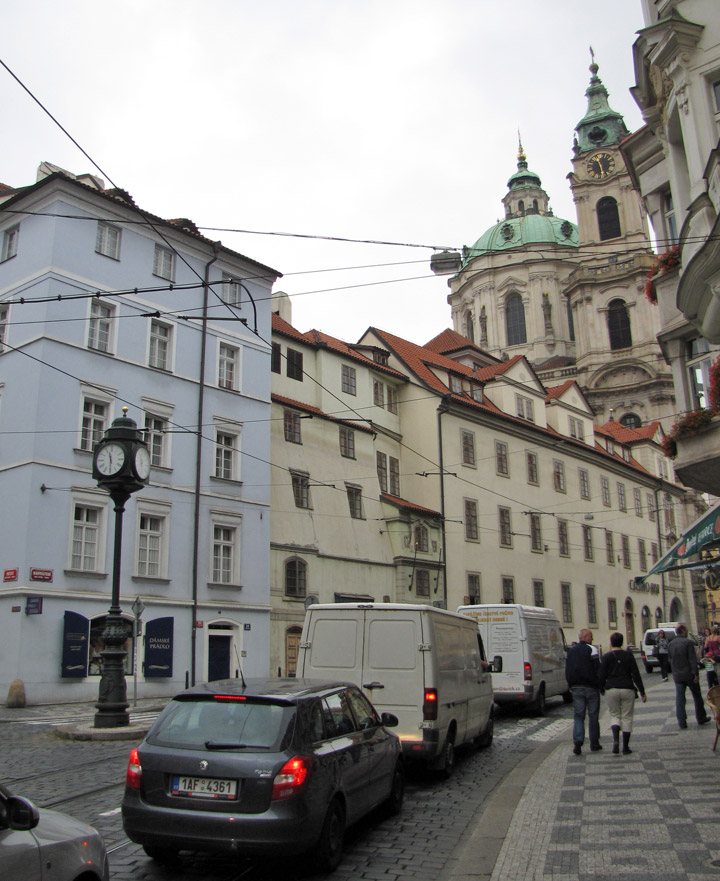 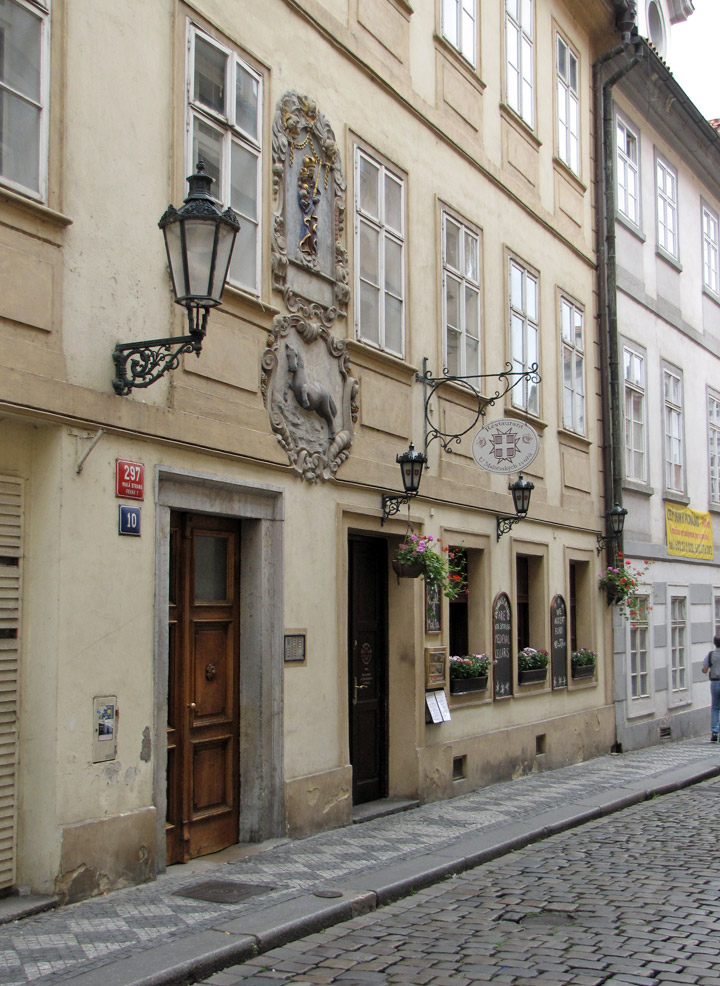 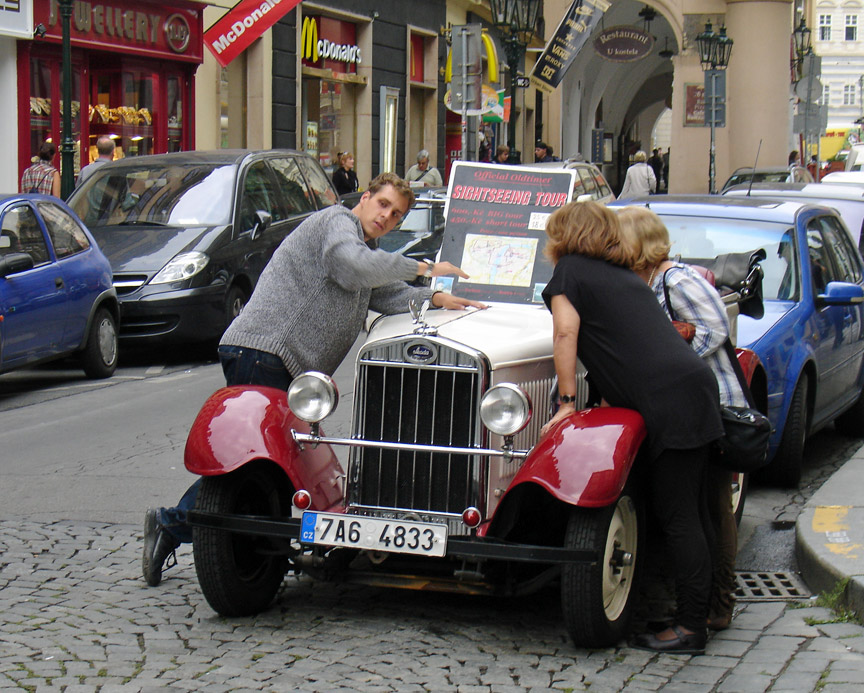 trying to sell a town tour in the classic car 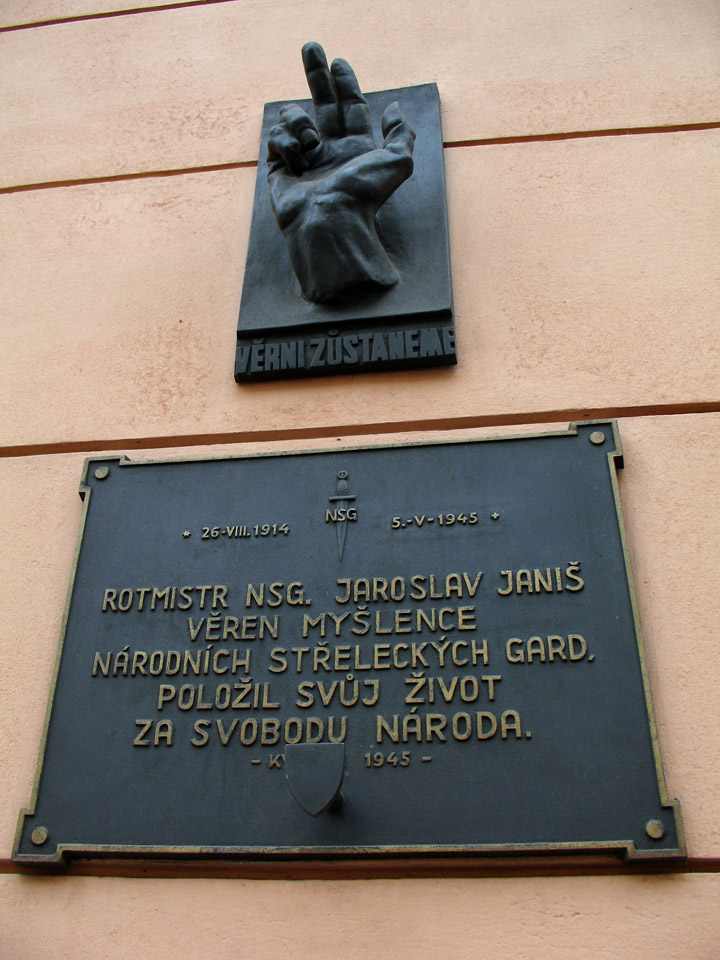 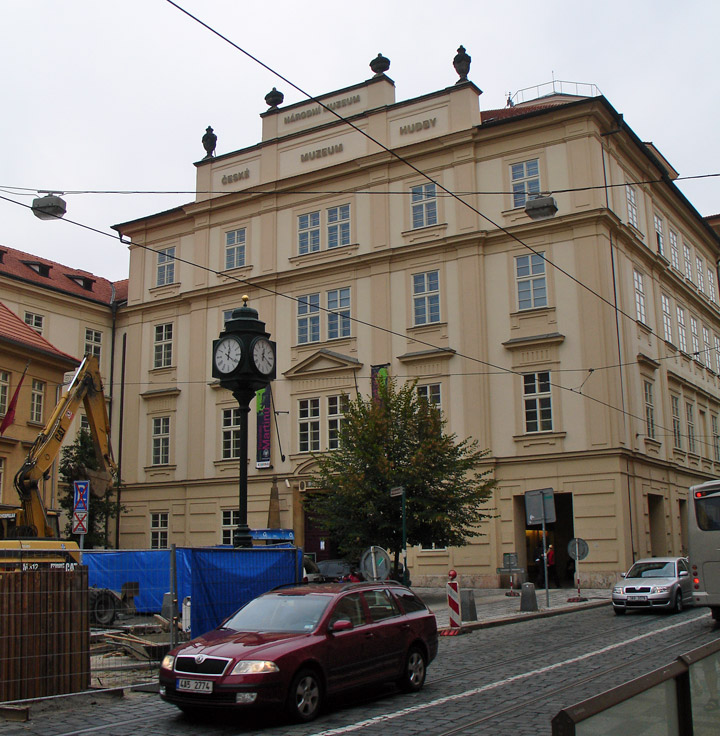 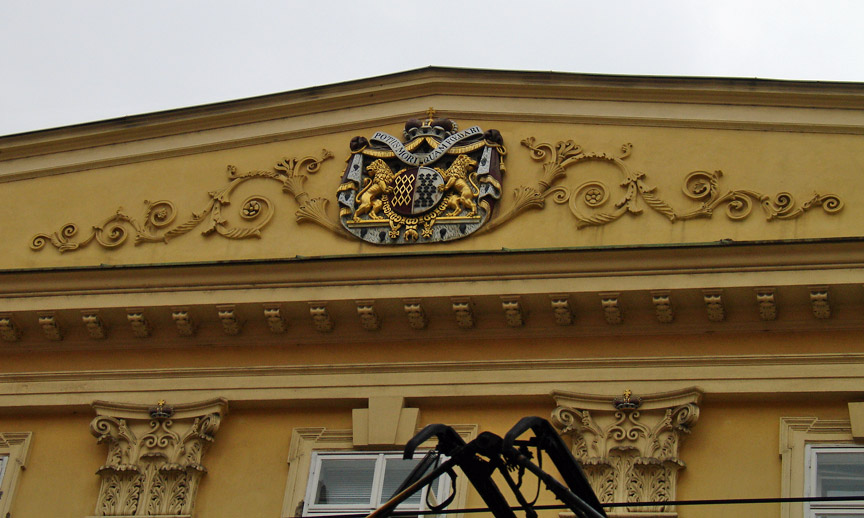