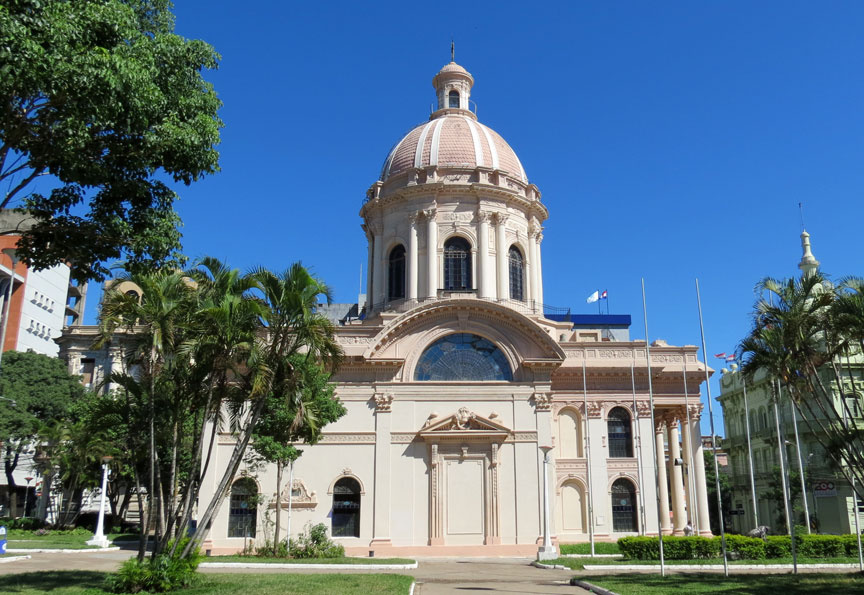 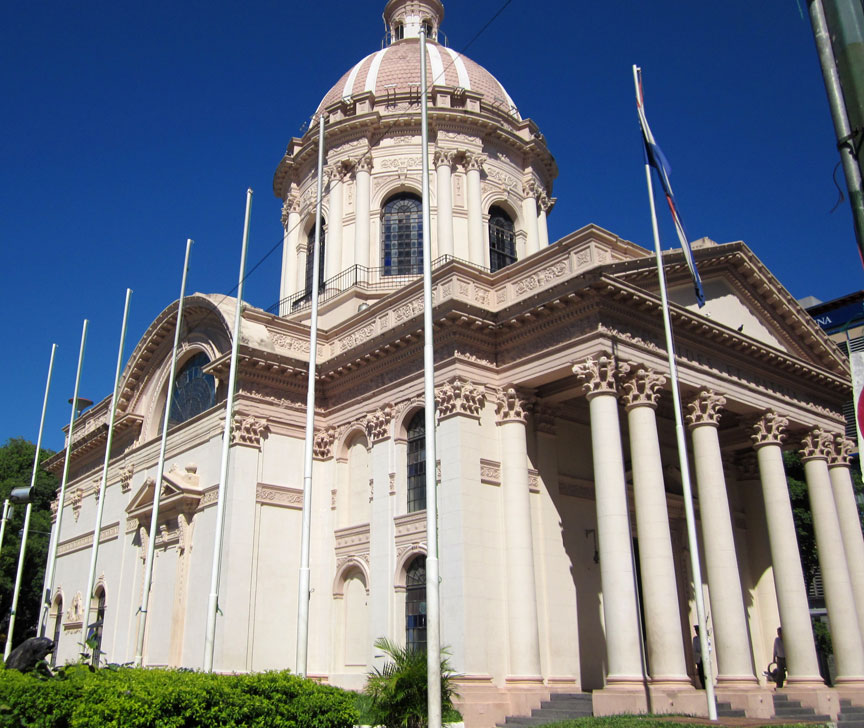 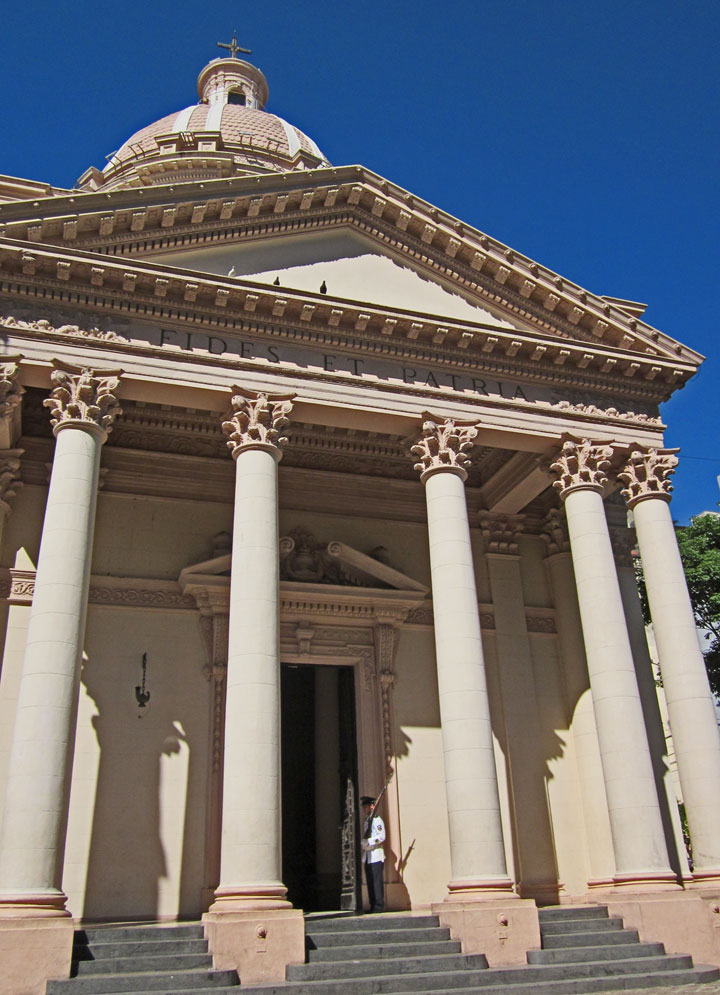 The National Pantheon of Heroes and oratory of the Virgin Our Lady Saint Mary of the Assumption is located between Palma and Chile streets in full downtown of the capital of Paraguay, is a must for all tourists and foreign delegations coming to Paraguay and Asuncion visit. Is at the same time, an architectural gem of great artistic value, cultural and heritage. 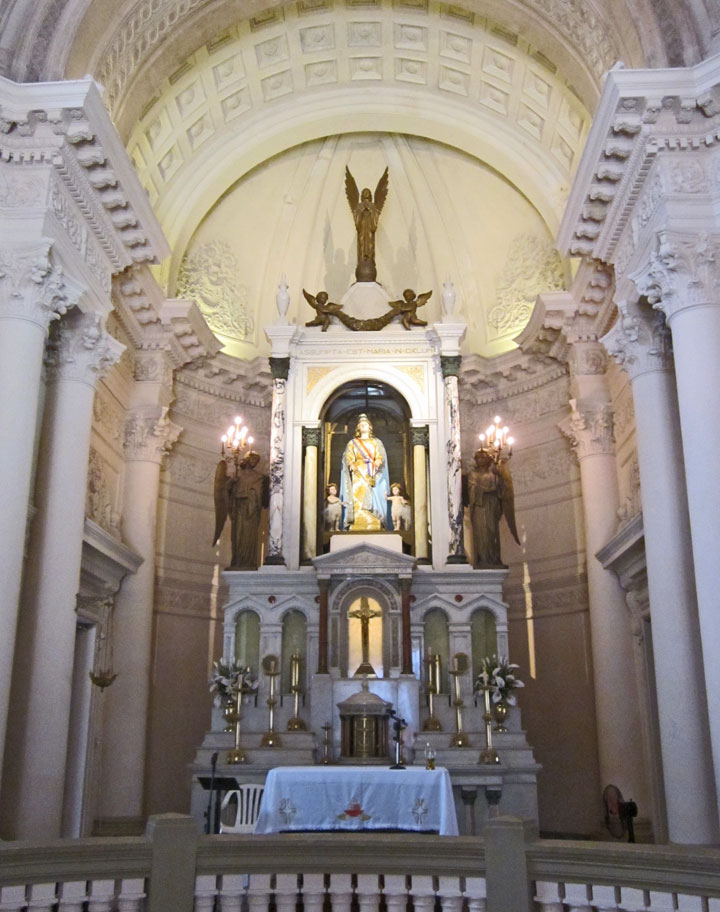 In October 1863, the then President Francisco Solano Lopez ordered the construction of the chapel of Our Lady of the Assumption, was designed by Italian architect Alejandro Ravizza, in collaboration with the builder Giacomo Colombino. But following the War of the Triple Alliance , the building was unfinished and scaffolding for over 70 years. Only after the Chaco War in 1936 was it finished and opened on October 12 of that year, to make it by presidential decree the National Pantheon of Heroes. 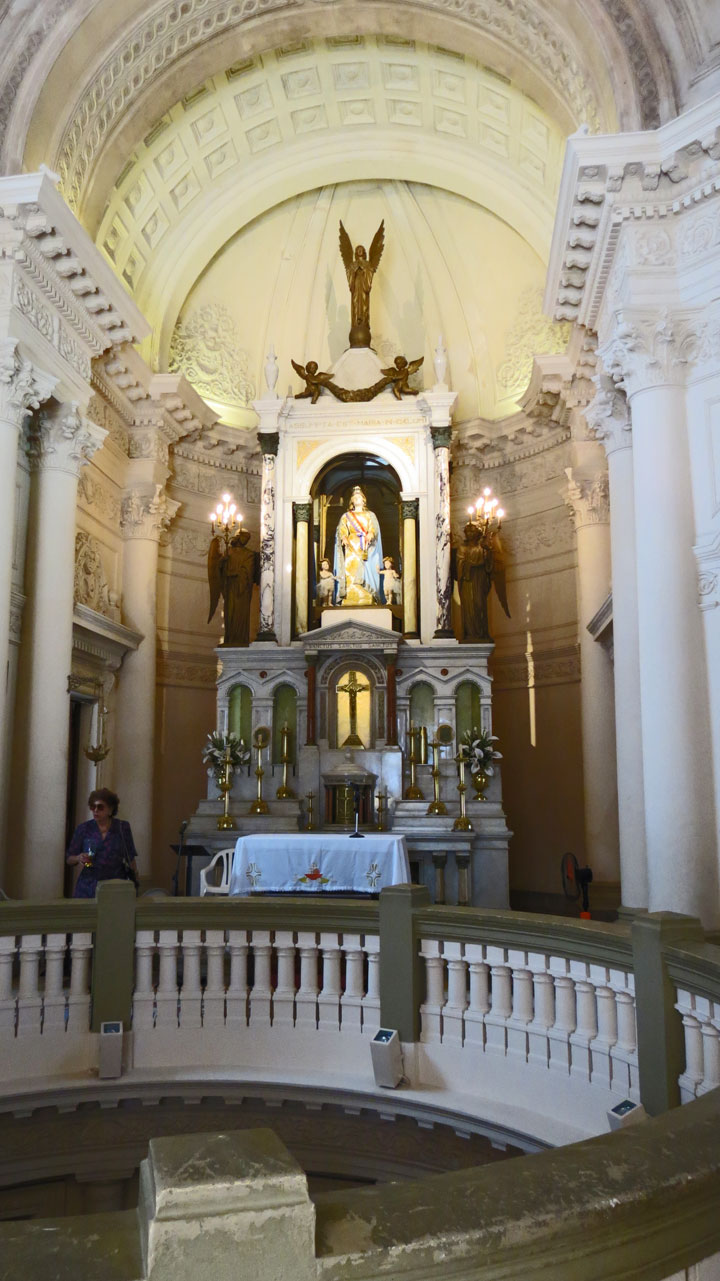 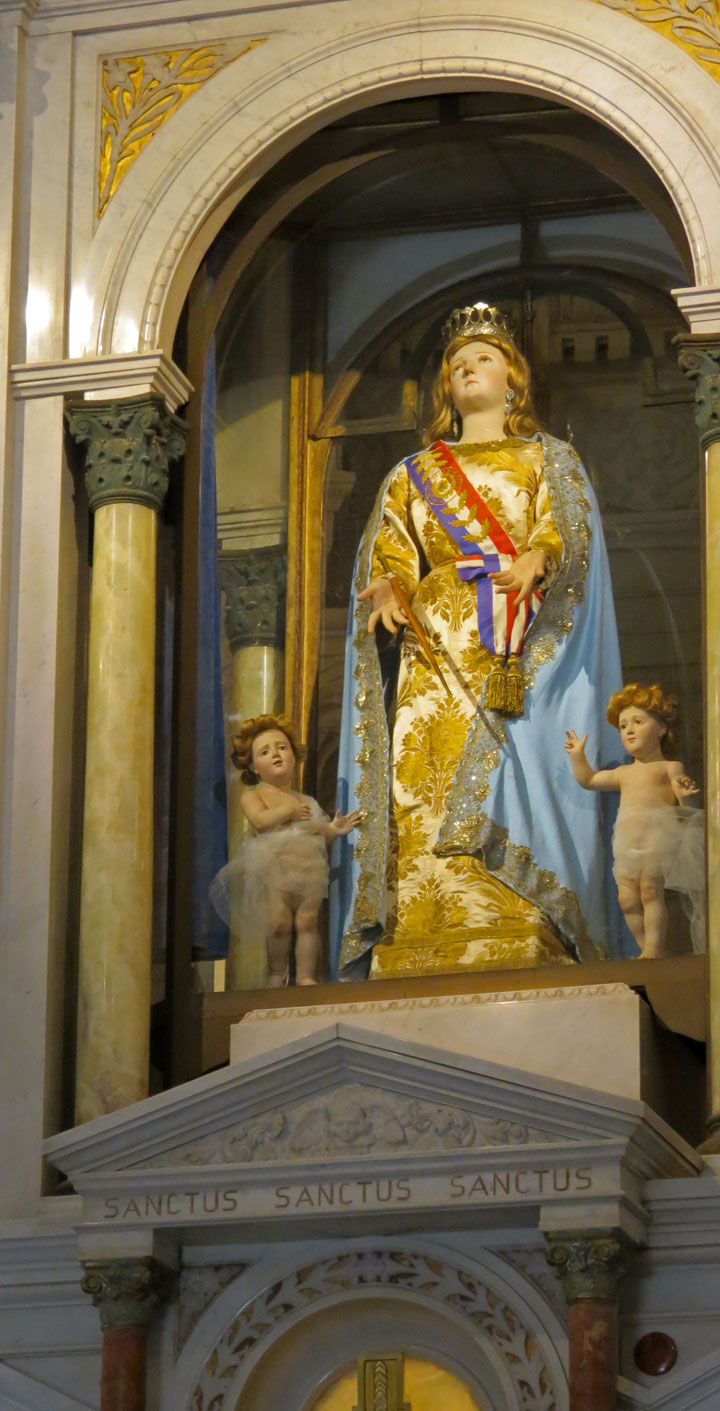 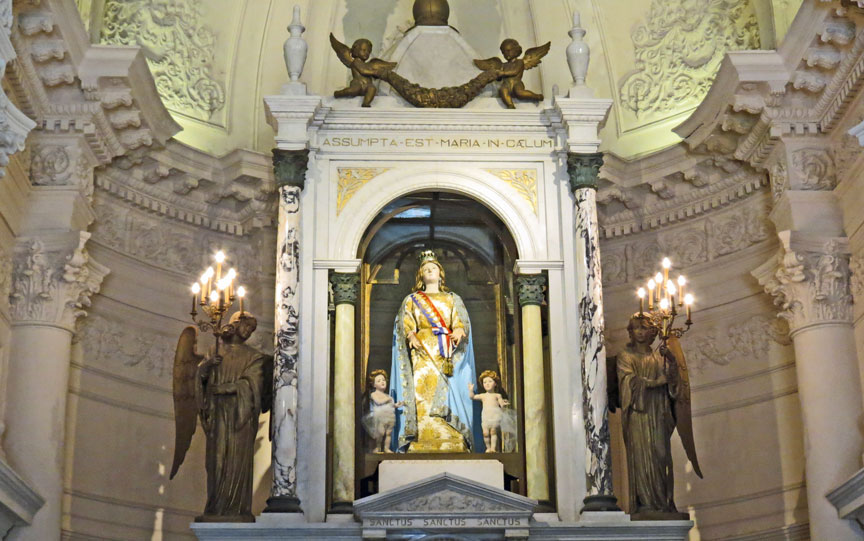 Under pressure from the hierarchy and citizens devoted to the Virgin, considered until now patron of Paraguay and Marshal of the Army, Dr. Felix Paiva is forced to restore the Oratory of Our Lady of the Assumption in 1937 and at the same time renamed National Pantheon of Heroes. By Decree No. 895/1993 of the Archdiocese of Asunción, appointed Rector Monsignor Annibale Rachid Oratory of Our Lady of the Assumption and therefore as the National Pantheon.

The national pantheon of heroes is the Paraguayan replica of "Les Invalides" Parisians. The work is inspired, according to some historians, the Dome of the Hospice of Les Invalides in Paris, in the Basilica of Santa Maria of Carignano and the College of Four Nations.

The National Cemetery is the mausoleum of the country, where lie the mortal remains of the heroes of Paraguayan history as Don Carlos Antonio Lopez (1st constitutional president), Mariscal Francisco Solano López, Marshal Jose Felix Estigarribia (hero and winner of the Chaco War against Bolivia) and his wife. In addition, Children Martyrs Acosta Nu, two Unknown Soldiers, among others. 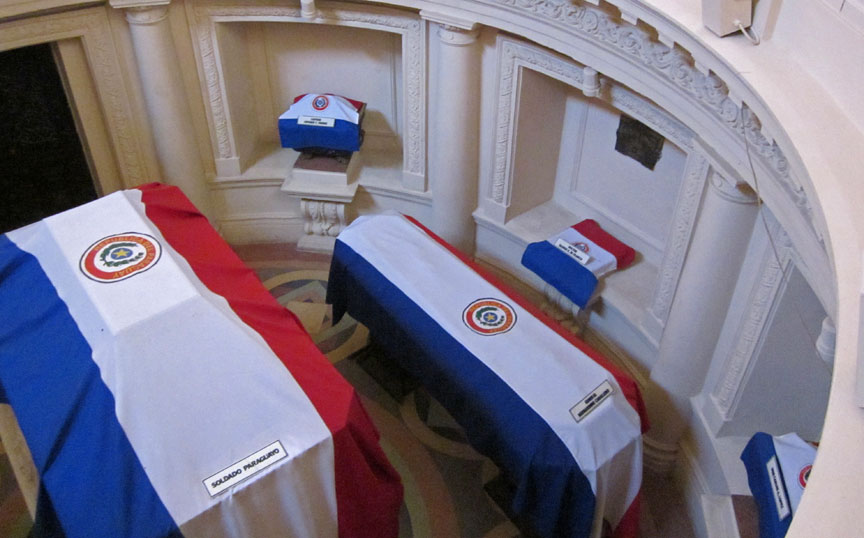 Within the enclosure of the cemetery have set countless illustrious honorary plaques sent by foreign rulers, kings and princes. Congratulations and appreciation verses of the Paraguayan Navy, Air Force among others. Many wonder what the significance of the inscription in Latin, which is located at the front of the cemetery, "Fides et Patria" means, "My faith and my country." 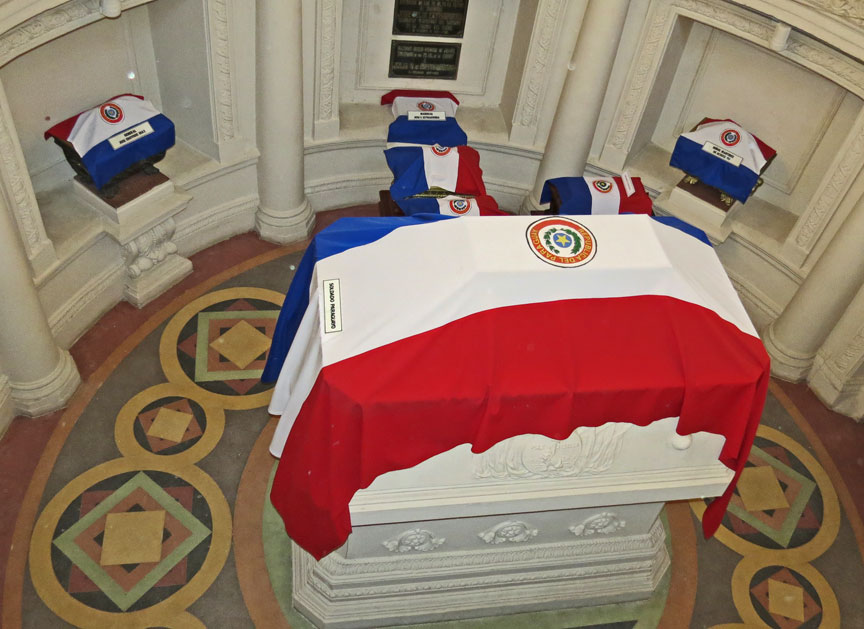 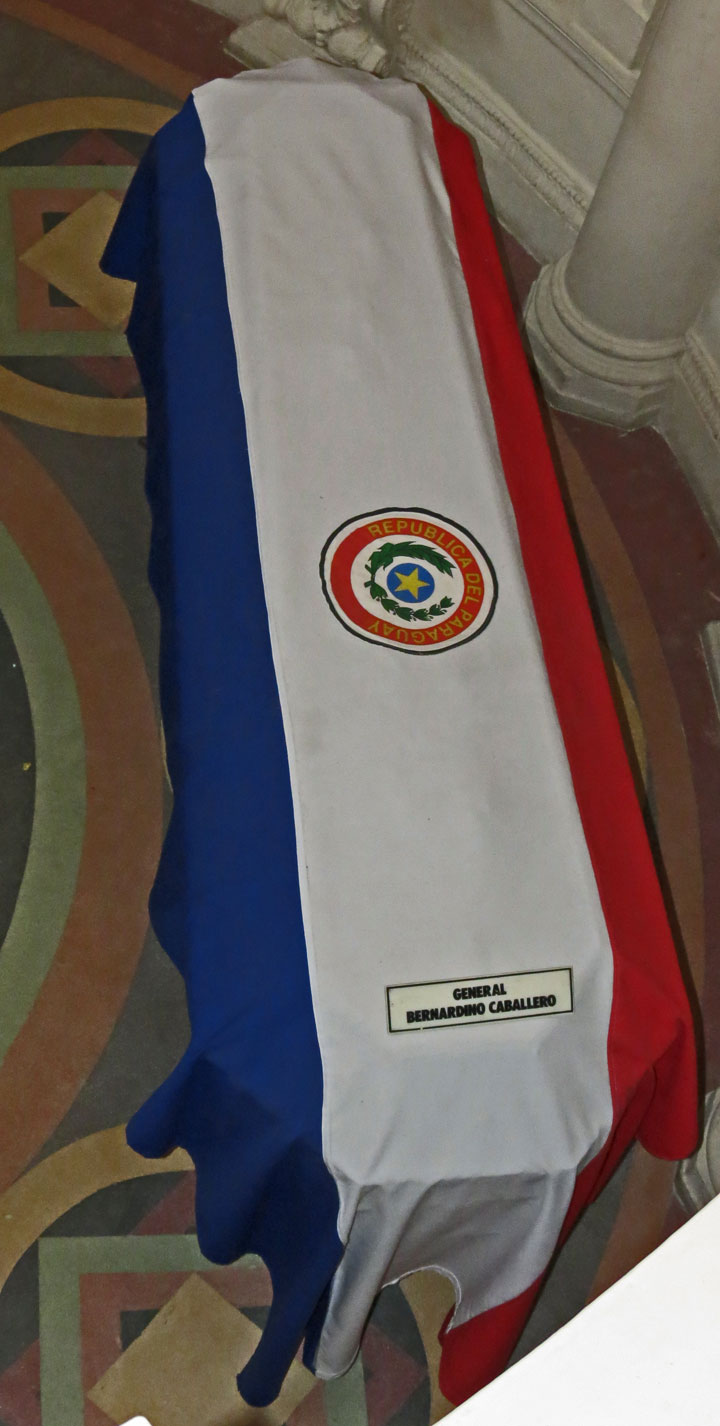 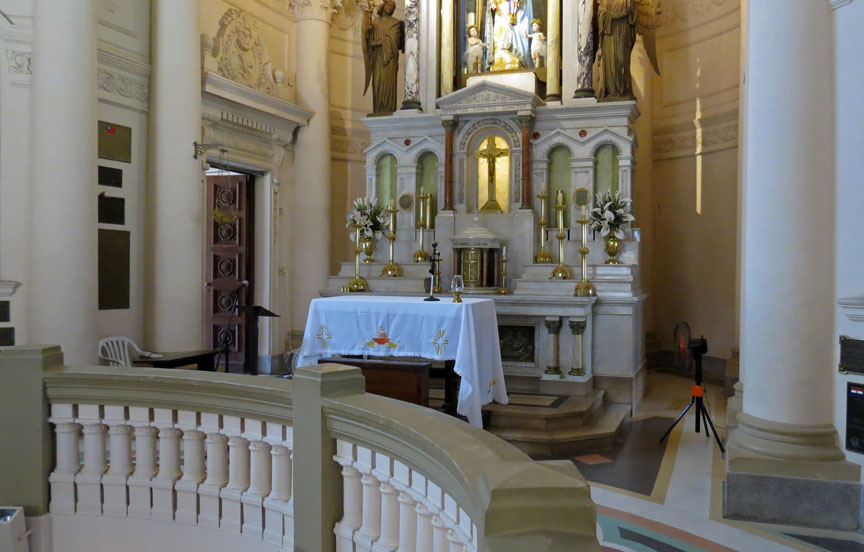 Domestic routes domain of the Ministry of Public Works and Communications of Paraguay, have their starting point in the National Pantheon of Heroes. Taking into account the special provisions of the ministry, for the case of calculating the distances in kilometers, Routes 1, 2, 3, 4, 6, 7, 8 and 9 will have their new car in the portico of the Pantheon axis of National Heroes must join their mileage to the point corresponding to its junction with Trunk Highway respectively. This decision dismisses the symbolic point "0" located in the Mercado 4 of Asuncion. 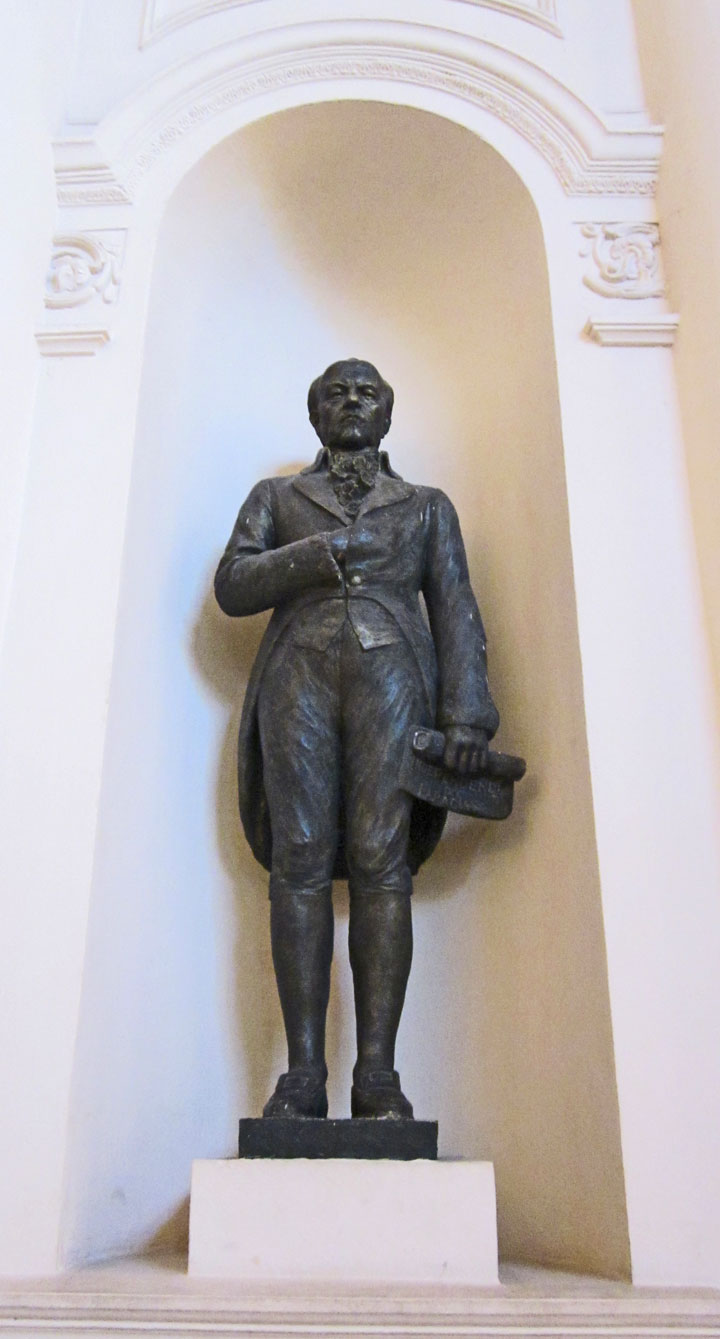 On the merits to be met by a person to be buried in the National Cemetery there is a difference of opinion. For many historians, must have contributed a useful cause of humanity, have made a very important work that has brought benefits to the country and the world at large. Some say that are buried in the Pantheon people without sufficient merit to rest next to the honorable of the country. However, some feel that all the characters are there, each in turn, are outstanding, they have earned the merit of entering this site. 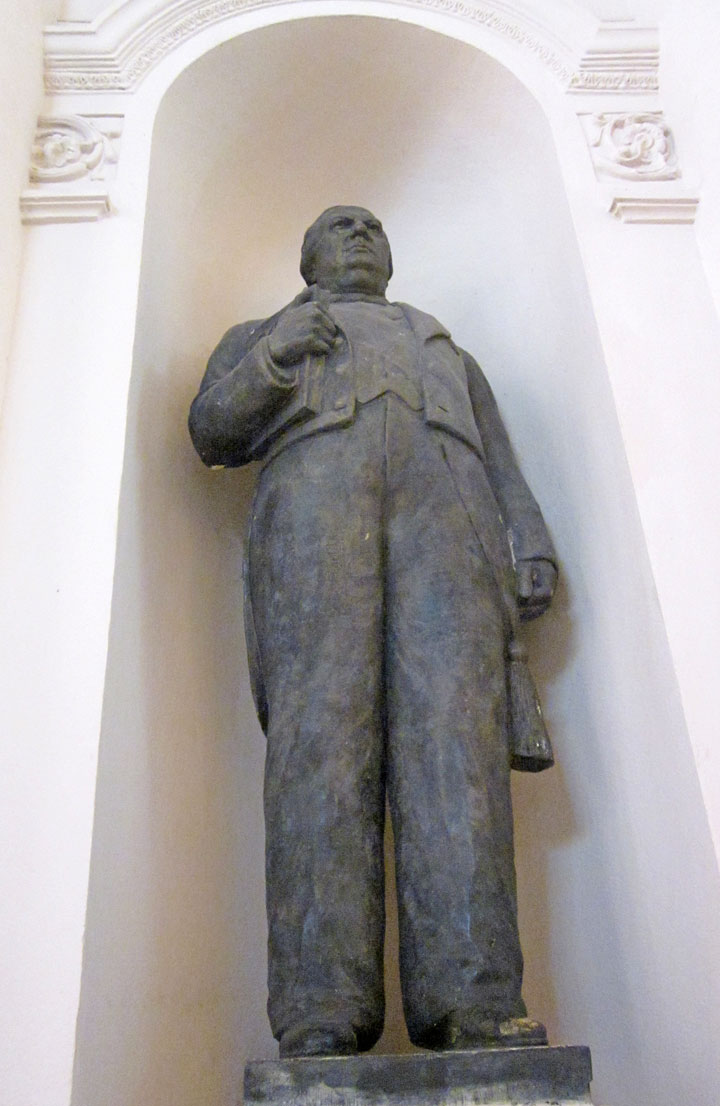 Each March 1 marks the Day of Heroes, in honor of Marshal Francisco Solano López, who had died in the War against the Triple Alliance, which occurred on that date in 1870. The memorial ceremony is usually presided over by the President of the Republic, representatives of the Armed Forces and the National Congress, ministers and other authorities. Declaring this day as a holiday and no work activity in public institutions.

Interestingly, the National Secretariat of Tourism highlights the National Pantheon of Heroes and Oratory of Our Lady of the Assumption as a tourist attraction, with free access. Many travel agencies promote it in different parts of the world. Such is the importance of building your image is in the currencies of 1000 (thousand) Guarani. 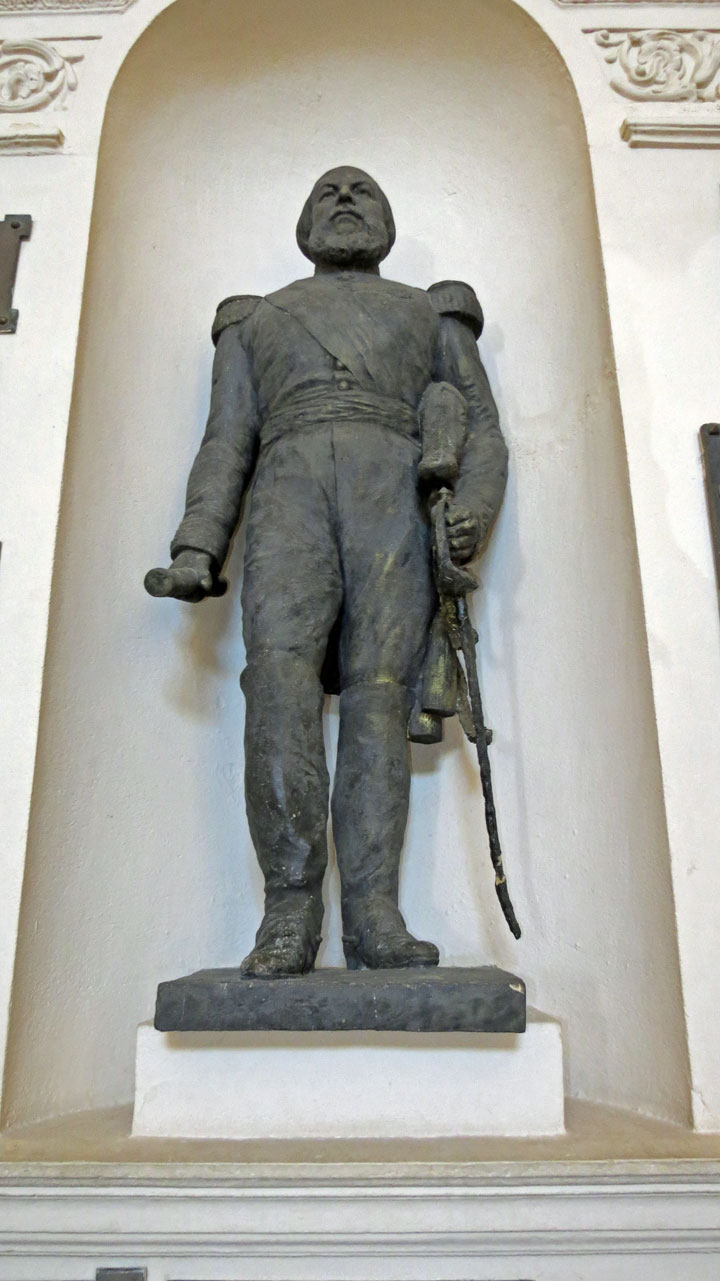 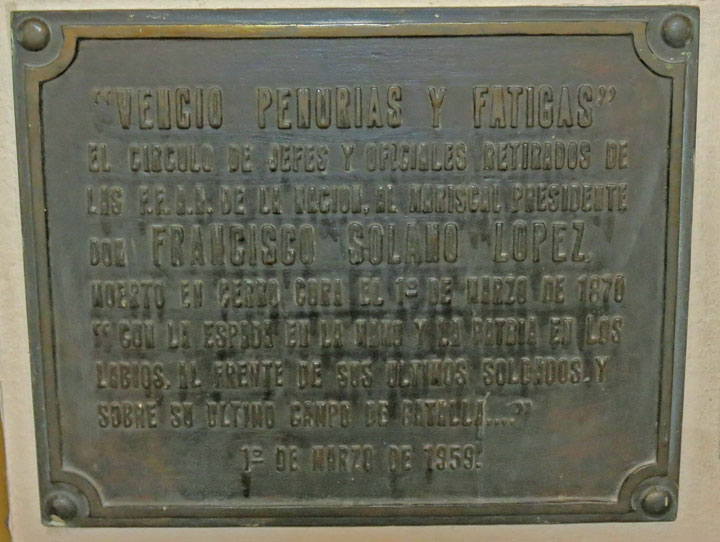 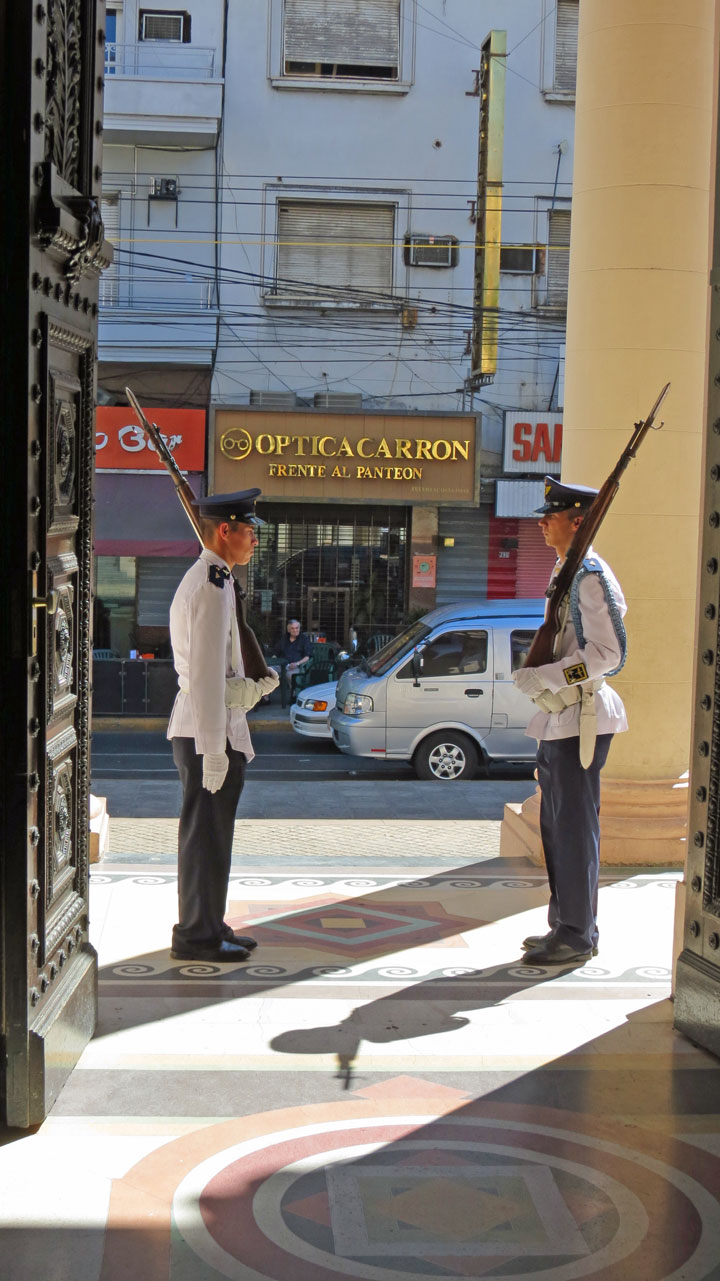 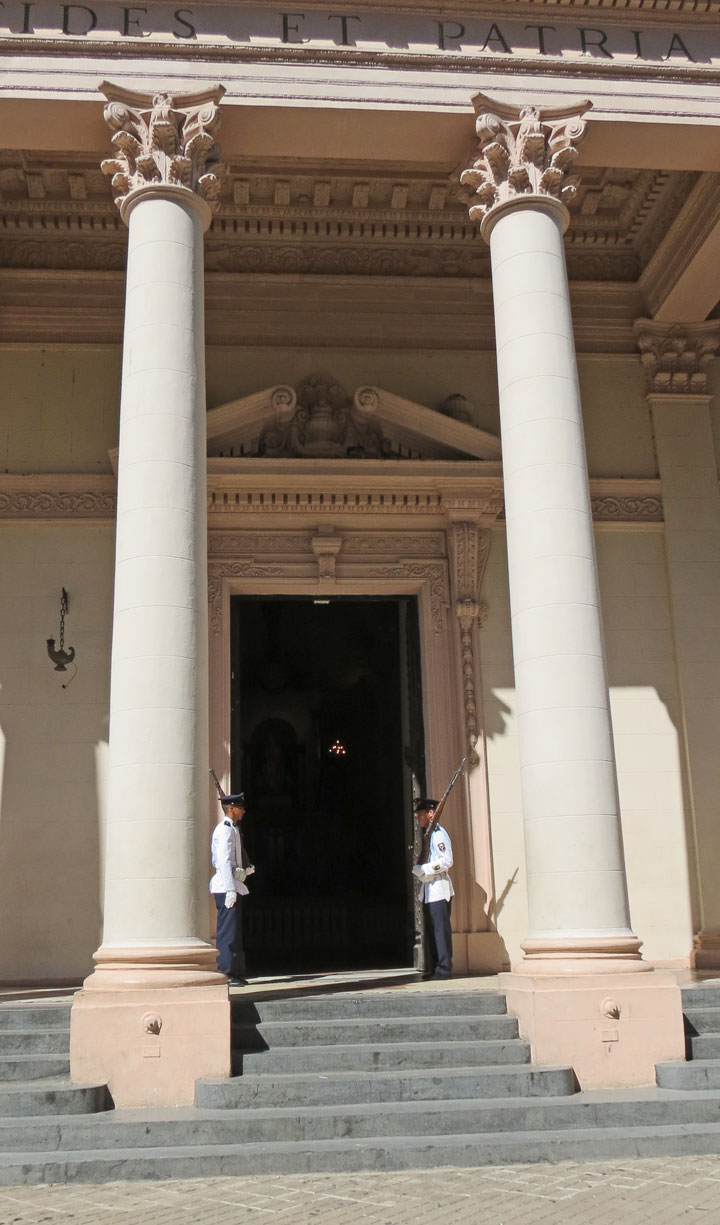 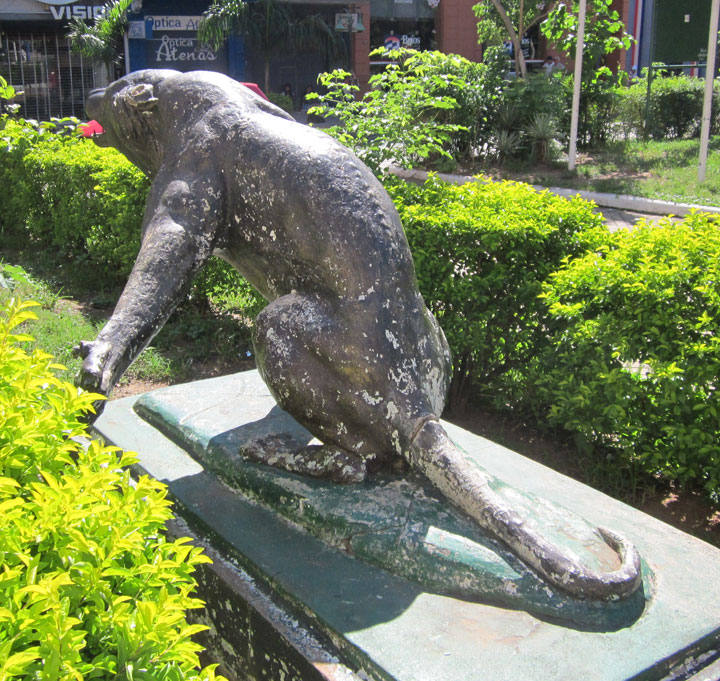 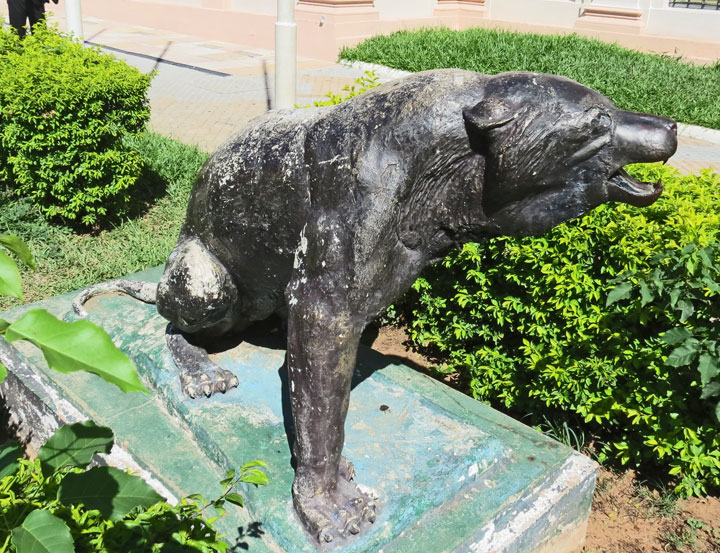 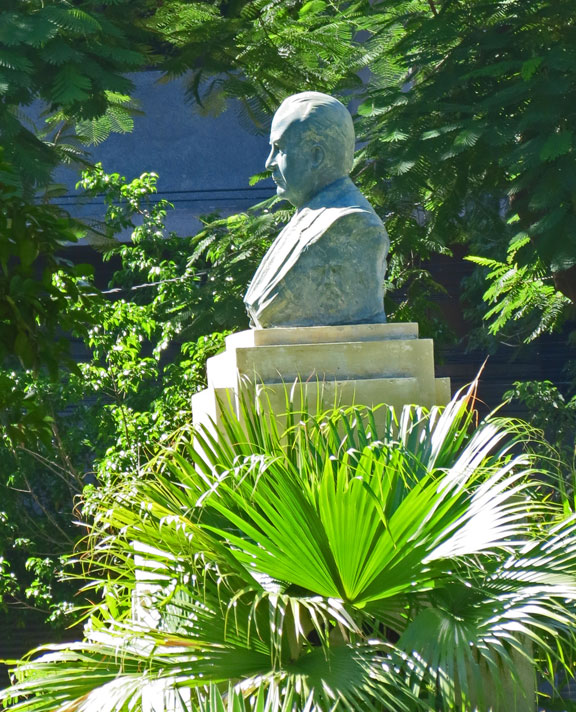