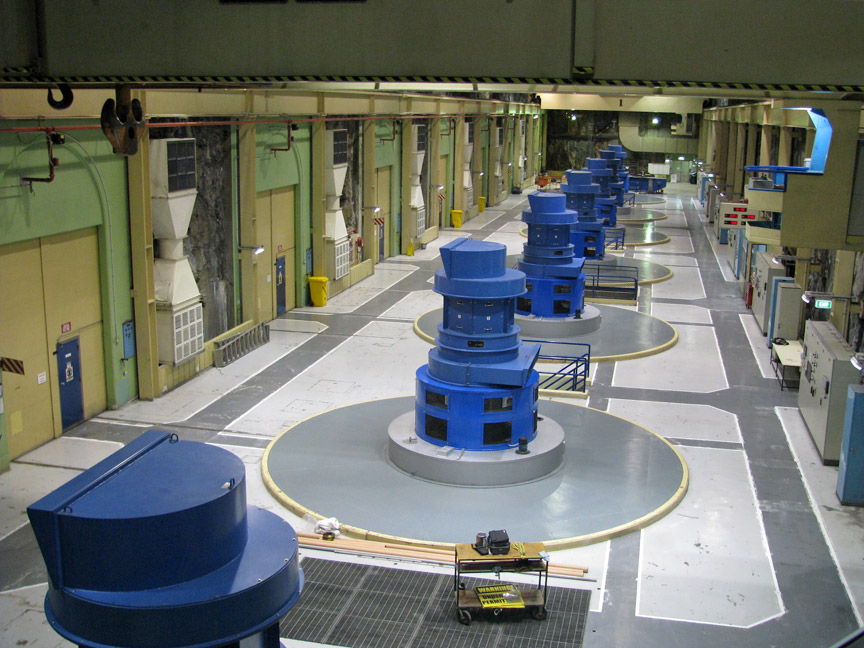 Manapouri Power Station is an underground hydroelectric power station owned and operated by Meridian Energy Limited, and is the largest hydroelectric power station in New Zealand. It lies deep in a remote area of New Zealand's South Island on the western arm of Lake Manapouri, in Fiordland National Park. Most (~610 MW) of the station's power output is consumed by an aluminum smelting plant operated by New Zealand Aluminium Smelters Limited (NZAS) at Tiwai Point near Bluff, some 160 kilometers to the southeast. 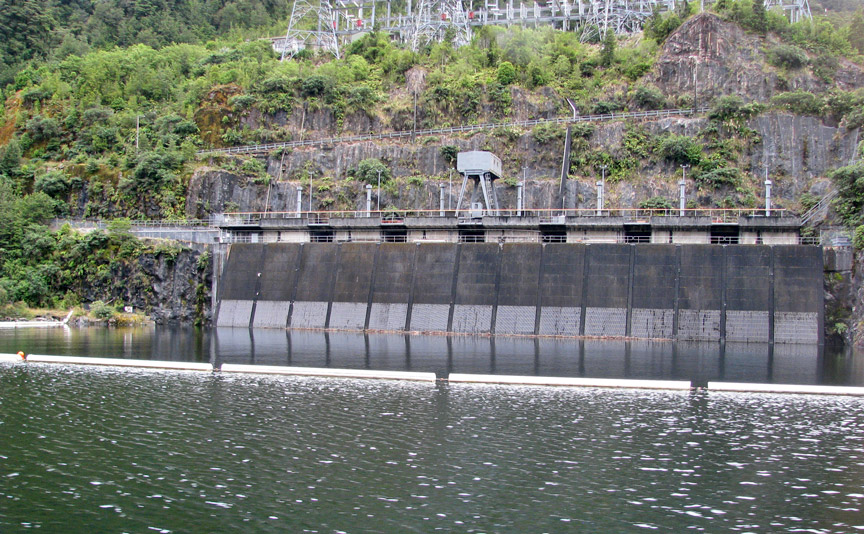 The construction of the station was a massive feat of civil engineering. The majority of the station, including the machine hall and two 10-km tailrace tunnels, were excavated under a mountain. During the 1960s, environmental protests against its construction, which resulted in the planned raising of lake levels, galvanised New Zealanders, and was considered one of the starting points of New Zealand environmentalism. The campaign to prevent the lake from being raised involved politicians and senior bureaucrats and succeeded in modifying the original plans, permitting the construction of the power station. This also prevented it from operating to the full degree that had originally been intended. 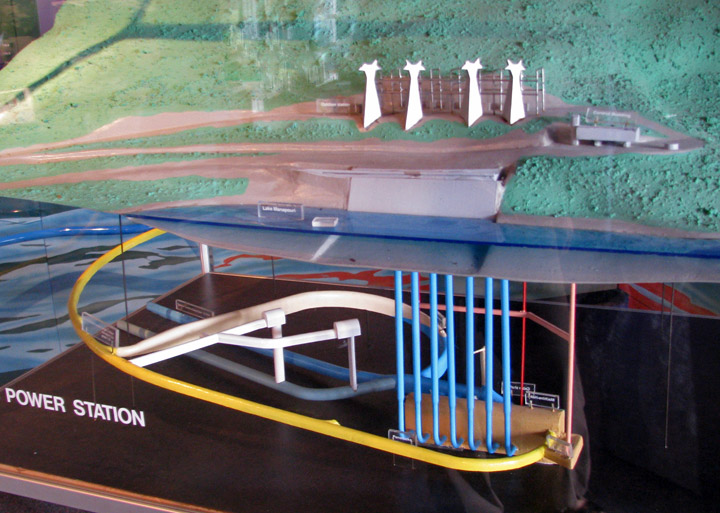 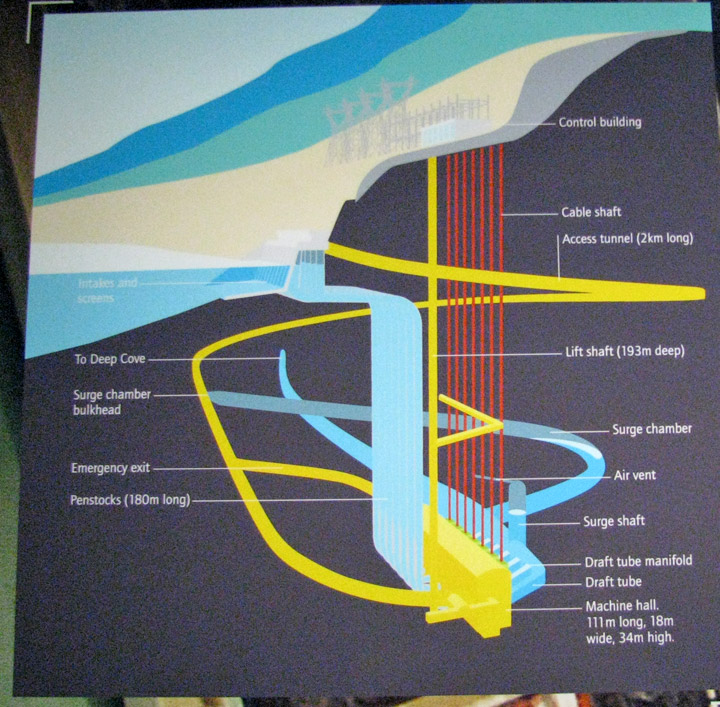 Soon after the power station began generating at full capacity in 1972, engineers confirmed a design problem. Greater than anticipated friction between the water and the tailrace tunnel walls meant reduced hydrodynamic head. For 30 years, until 2002, station operators risked flooding the powerhouse if they ran the station at an output greater than 585 MW, far short of the designed peak capacity of 700 MW. Construction of a second tailrace tunnel, 10 km long and 10 meters in diameter, finally solved the problem. The increased exit flow also increased the effective head, allowing the turbines to generate more power without using more water. 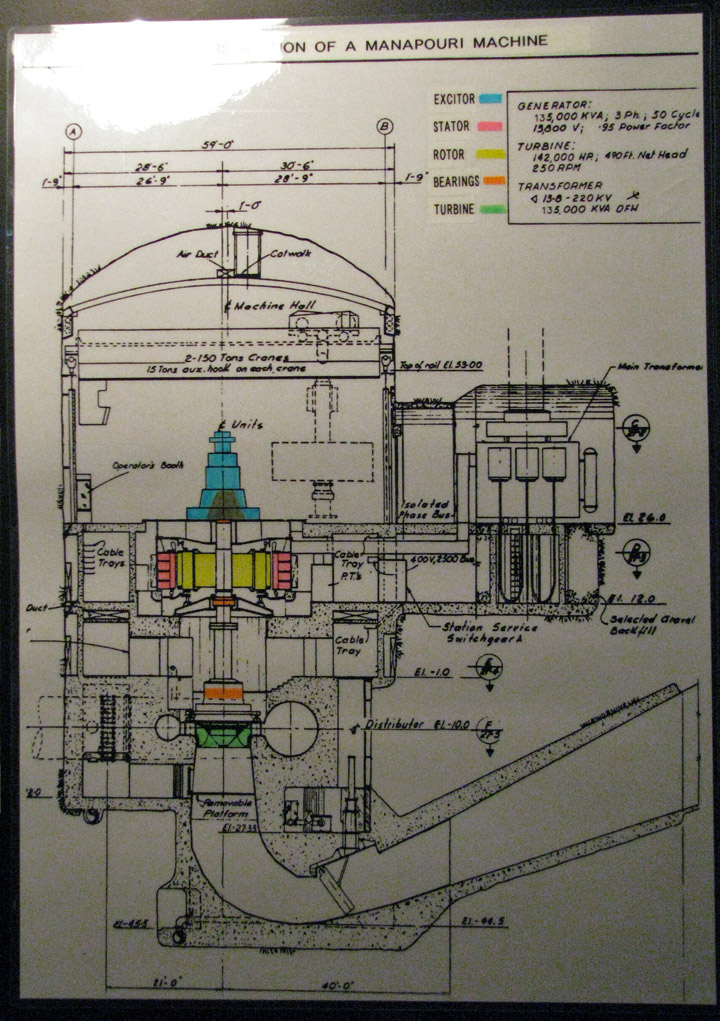 The first surveyors mapping out this corner of New Zealand noted the potential for hydro generation in the 178-metre drop from the lake to the Tasman Sea at Doubtful Sound. The idea of building a power station was first suggested in 1904, but the remoteness of the location and the scale of the engineering task made any project infeasible at the time. 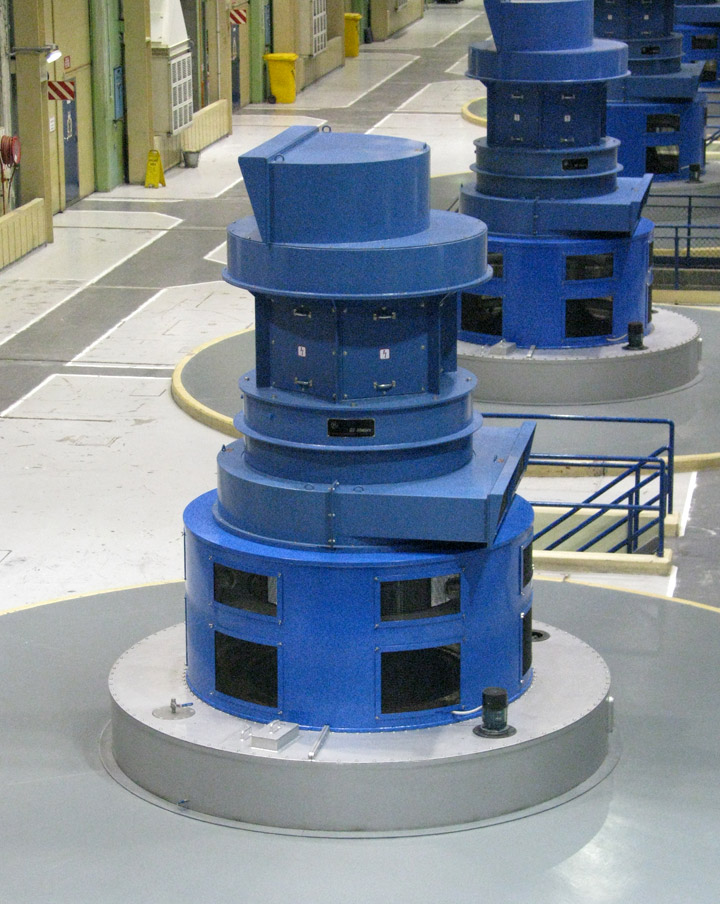 In 1926, the New Zealand Sounds Hydro-Electric Concessions Company obtained water rights from the government to implement a scheme to use power from Manapouri to produce fertilizer and munitions. The idea was to use electricity to fix nitrogen from the atmosphere. The scheme did not proceed and the water rights lapsed. 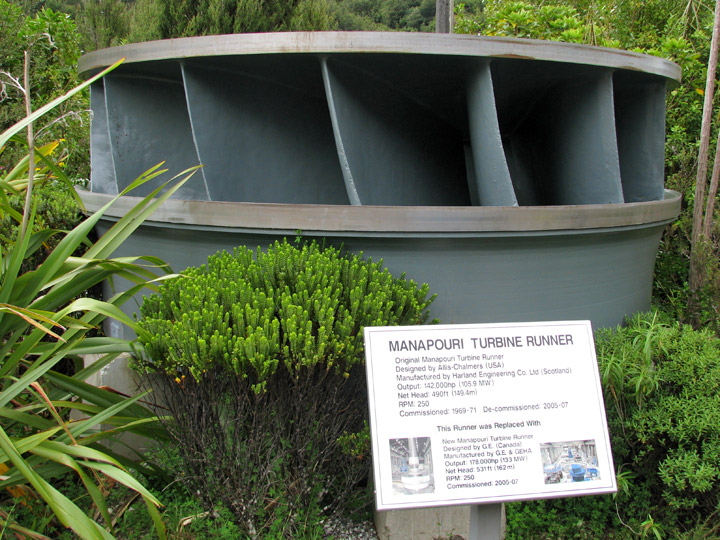 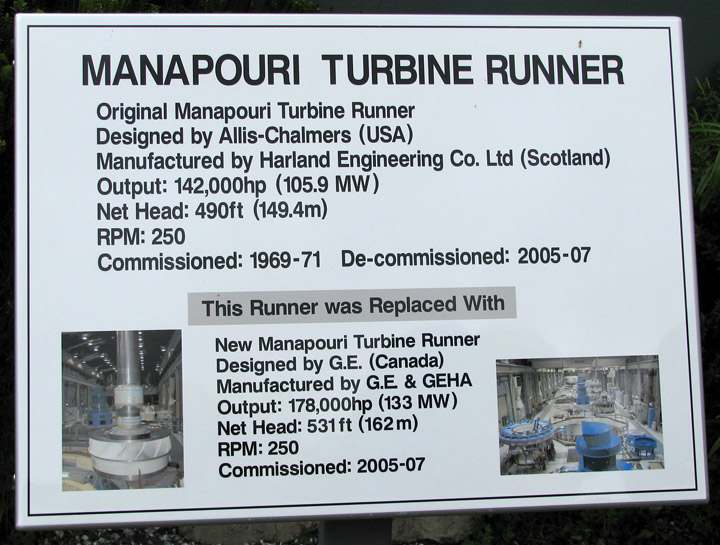 In 1955 the modern history of Manapouri starts, when a geologist with Consolidated Zinc Proprietary Ltd identified a commercial deposit of bauxite in Australia on the west coast of Cape York Peninsula, near Weipa. It turned out to be the largest deposit of bauxite in the world yet discovered. In 1956 The Commonwealth Aluminium Corporation Pty Ltd, later known as Comalco, was formed to develop the bauxite deposits. The company started investigating sources of large quantities of cheap electricity needed to reduce the alumina recovered from the bauxite into aluminum. Comalco settled on Manapouri as that source of power and Bluff as the site of the smelter. The plan was to refine the bauxite to alumina in Queensland, ship the alumina to New Zealand for smelting into metal, then ship it away to market. 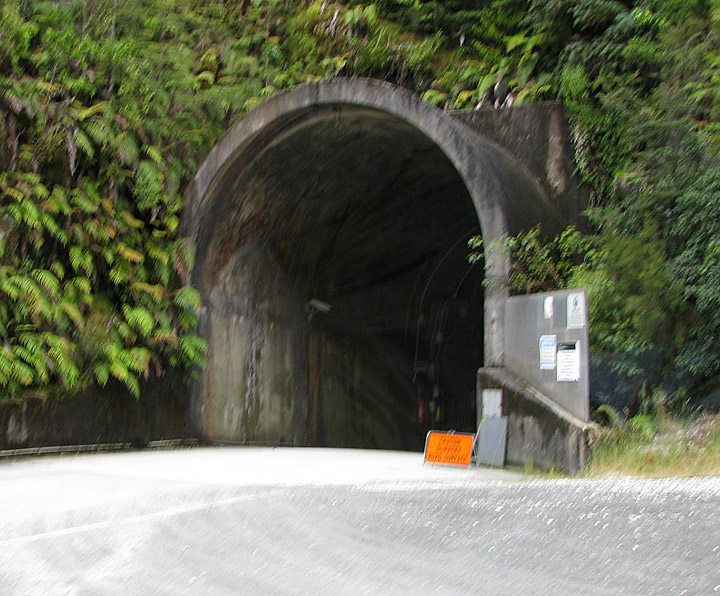 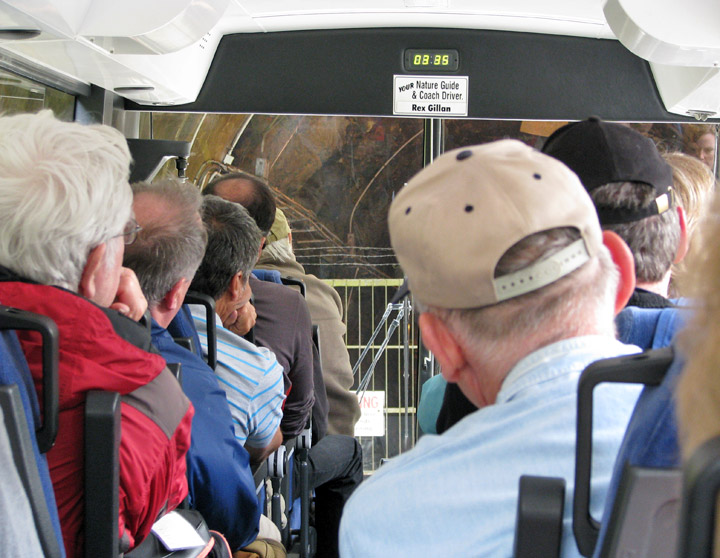 on the bus in the tunnelel 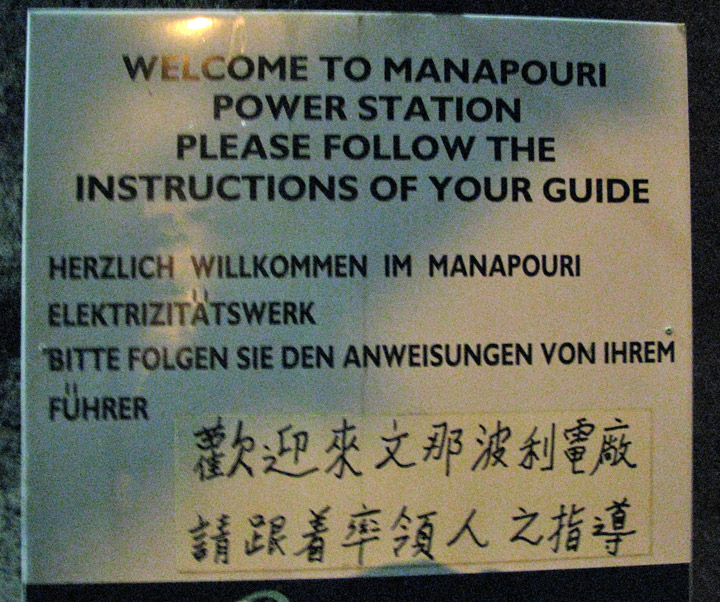 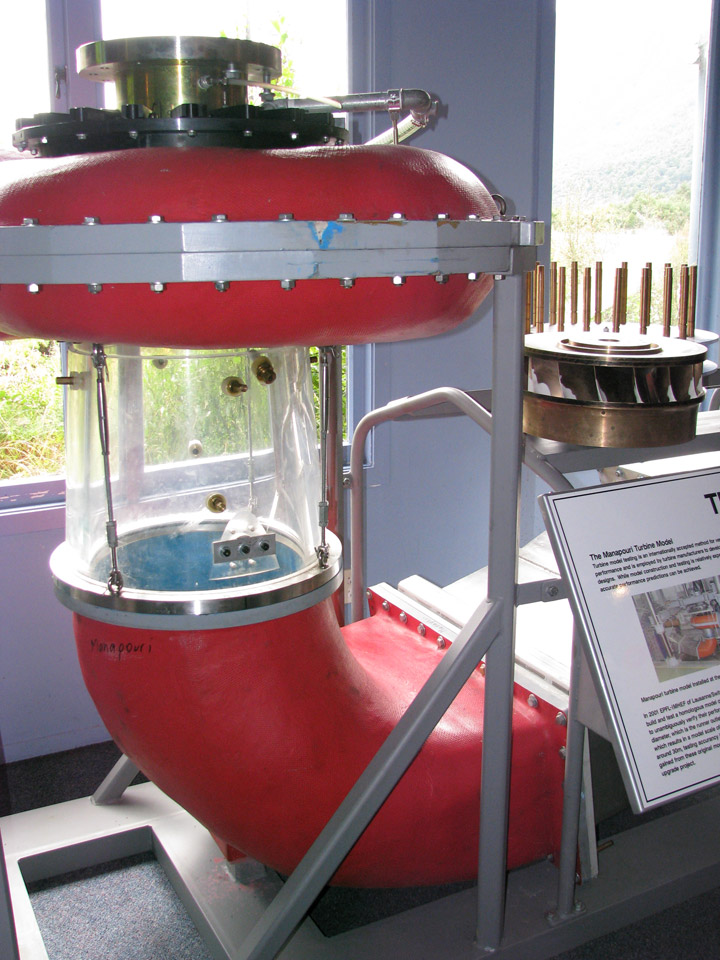 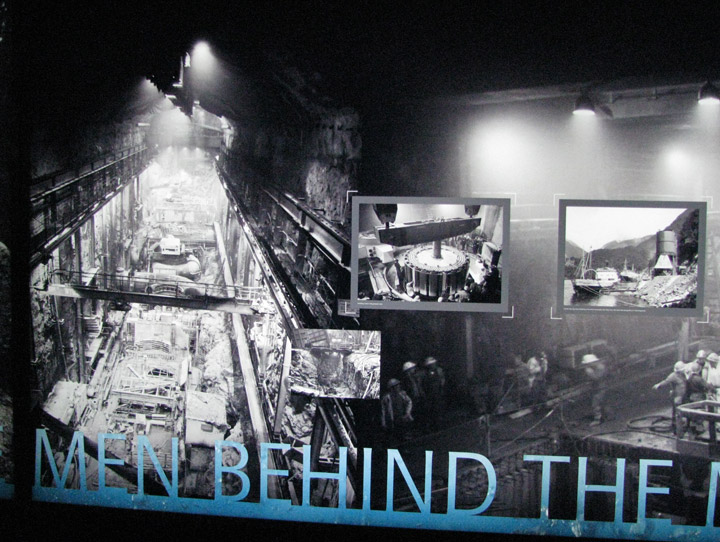 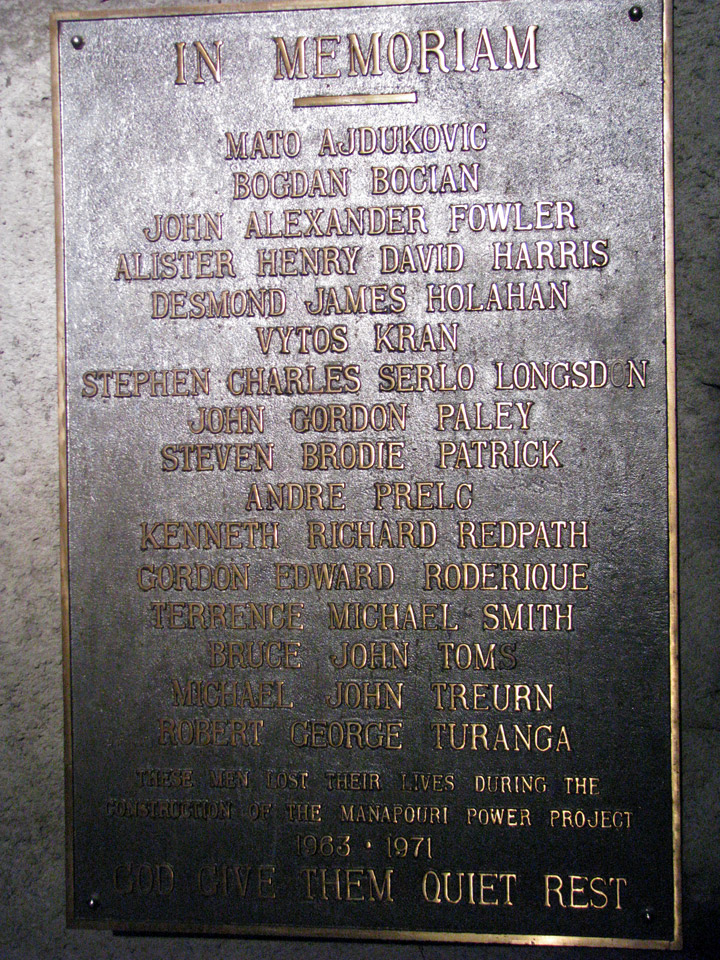 those who died during the construction 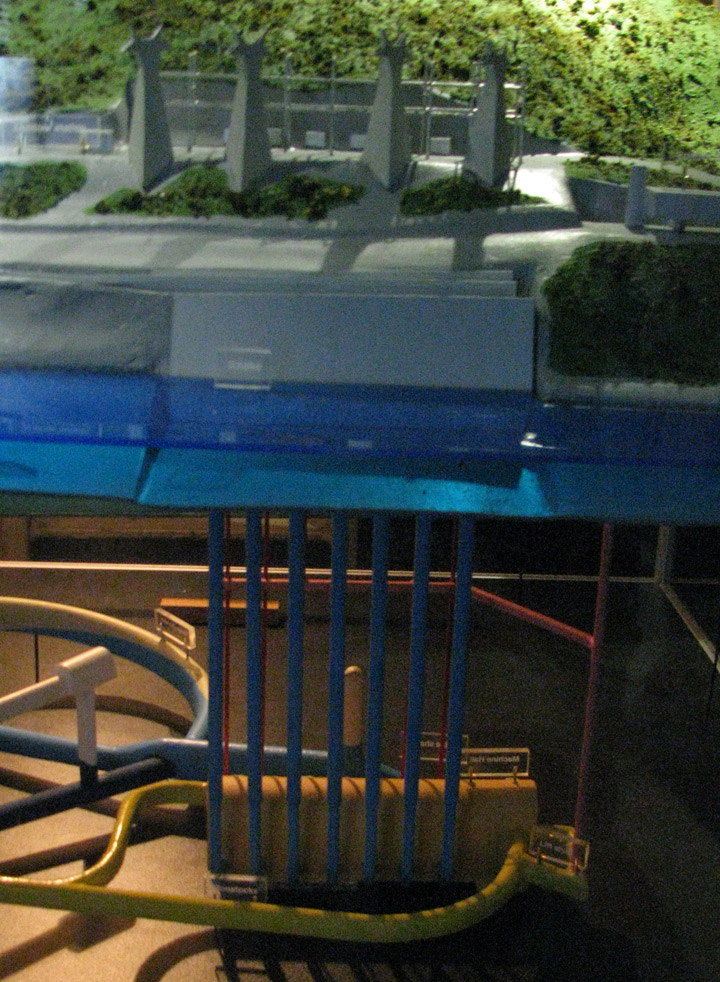 diagram of the power station 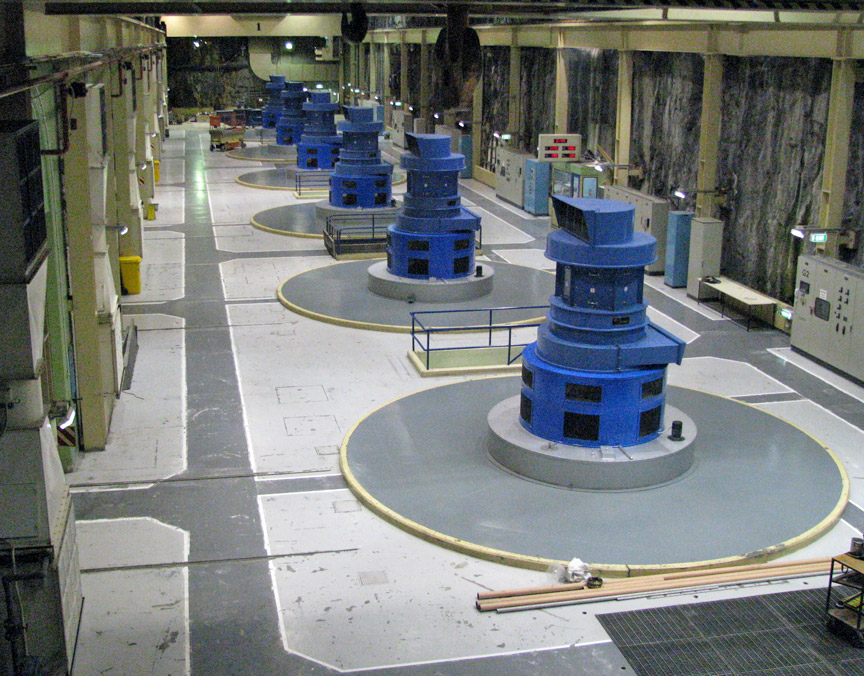