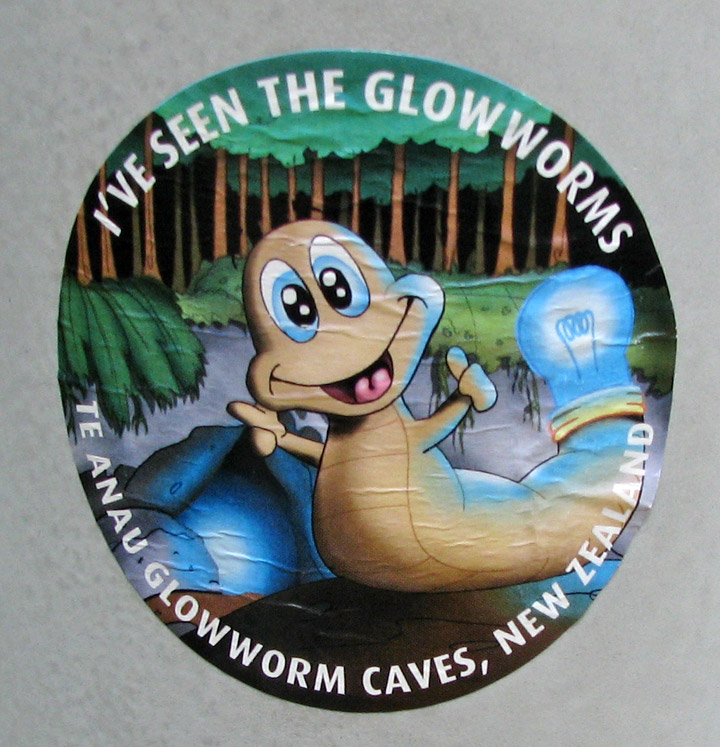 Arachnocampa species go through a life cycle of eggs hatching to larvae then pupating to an adult fly. They spend most of their life as larvae.

The larval stage lasts about 6 to 12 months, depending on food. The larva emerges from the egg only about 3 to 5 millimeters long, and through its life grows to about 3 centimeters. 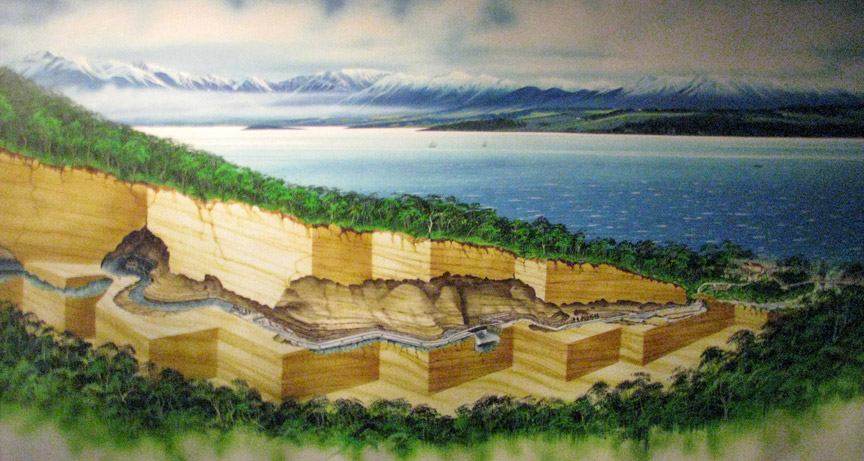 model of the glowworm caves

The larva spins a nest out of silk on the ceiling of the cave and then hangs down as many as 70 threads of silk (called snares) from around the nest, each up to 30 or 40 cm long and holding droplets of mucus. The larvae can only live in a place out of the wind, to stop their lines being tangled, hence caves, overhangs or deep rainforest. 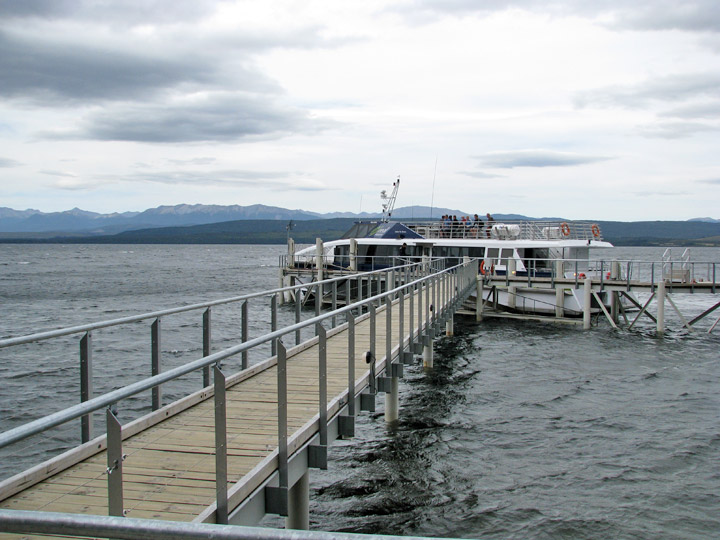 boat to the glow worm caves

The larva glows to attract prey into its threads, perhaps luring them into believing they are outdoors, for the roof of a cave covered with larva can look remarkably like a starry sky at night. A hungry larva glows brighter than one which has just eaten. Prey include midges, mayflies, caddis flies, mosquitoes, moths, or even small snails or millipedes. When prey is caught by a line the larva pulls it up (at up to about 2 millimeters a second) and feeds. If prey is scarce the larvae will turn to cannibalism, eating other larvae, pupae or adult flies. 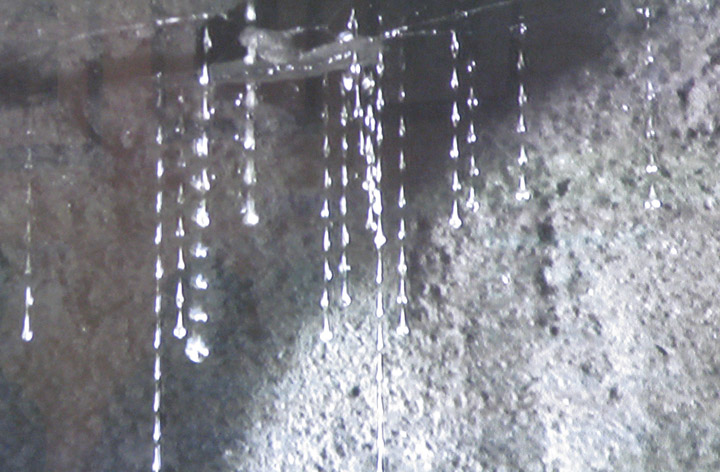 The glow is the result of a chemical reaction that involves luciferin, a waste product; luciferase, the enzyme that acts upon luciferin; adenosine triphosphate, the energy molecule; and oxygen. It occurs in modified excretory organs known as Malpighian tubules in the abdomen. 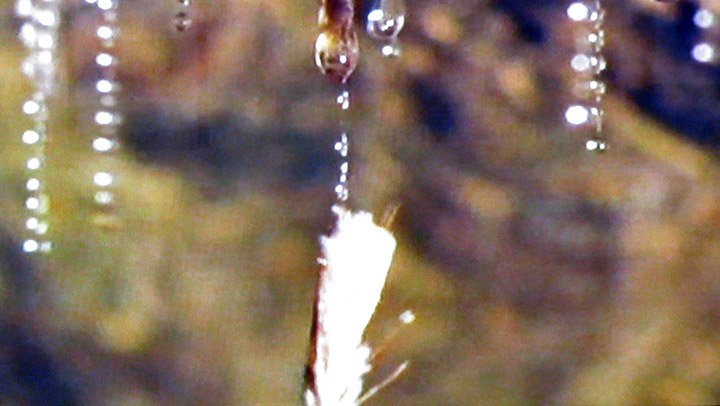 At the end of the larva stage it becomes a pupa, hanging down from the roof of the cave. The pupa stage lasts about 1 or 2 weeks and it glows intermittently. The male stops glowing a few days before emerging, the female's glow increases. The glow from the female is believed to be to attract a mate, and males may be waiting there when she emerges.

The adults (of both sexes) cannot feed and live only a short time. They glow, but only intermittently. Their sole purpose is to mate, and for the female to lay eggs. Adult insects are poor fliers and so will often remain in the same area, building a colony of glowworms. The female lays a total of about 130 eggs, in clumps of 40 or 50, and dies soon after laying. The eggs hatch after about 20 days and the cycle repeats. 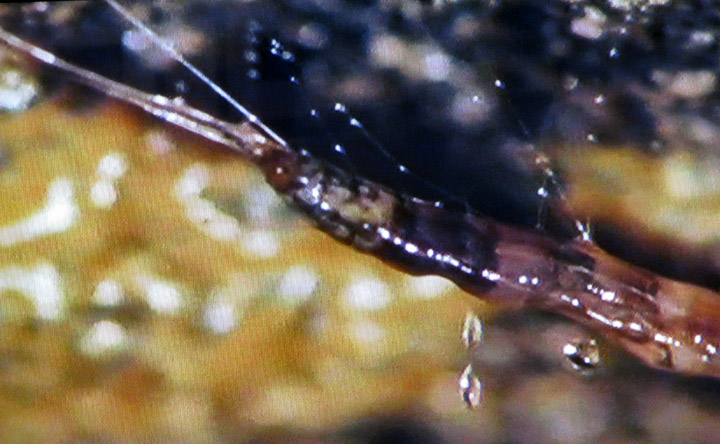 The larvae are sensitive to light and disturbance and will retreat into their nests and stop glowing if they or their snares are touched. Generally they have few predators. Their greatest danger is from human interference.