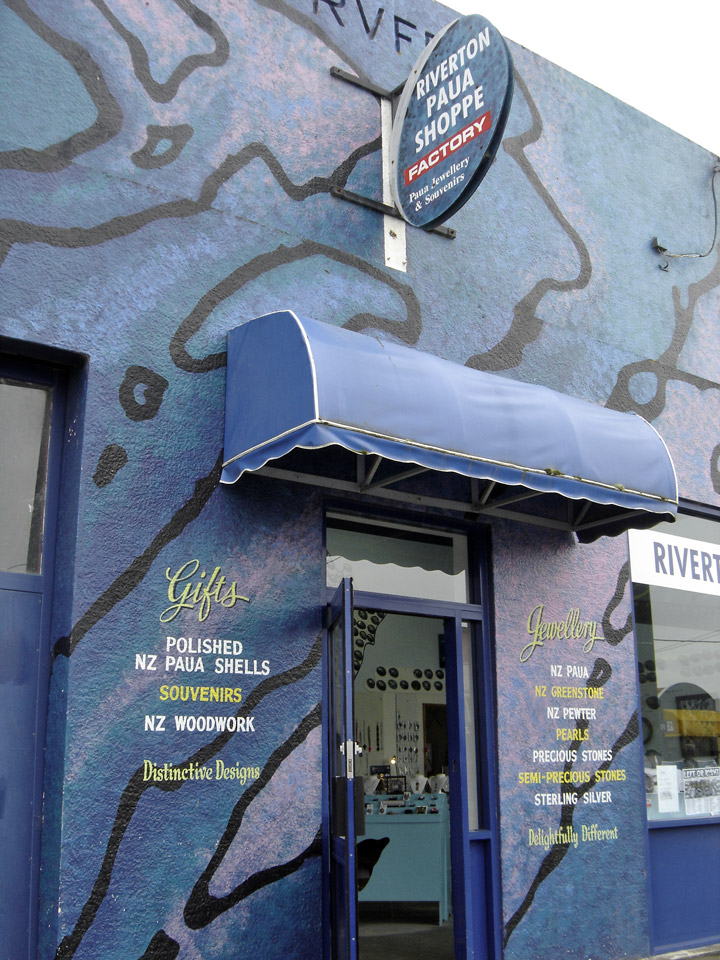 Paua or pāua is the Māori name given to a small group of monovalve molluscs endemic to New Zealand coastal waters. They belong to the family Haliotidae (genus Haliotis) of which there are approximately 130 species, usually known in the Northern Hemisphere as abalone. . Classes Caudofoveata Aplacophora Polyplacophora - Chitons Monoplacophora Bivalvia - Bivalves Scaphopoda - Tusk shells Gastropoda - Snails and Slugs Cephalopoda - Squids, Octopuses, etc. ... The hierarchy of scientific classification In biological classification, family (Latin: familia, plural familiae) is a rank, or a taxon in that rank. ... Species Many, see text Haliotis is a genus of abalone, the sole genus in the family Haliotidae. ... The Northern Hemisphere is the half of a planets surface (or celestial sphere) that is north of the equator (the word hemisphere literally means half ball). On the Earth, the Northern Hemisphere contains most of the land and about 90% of the human population. 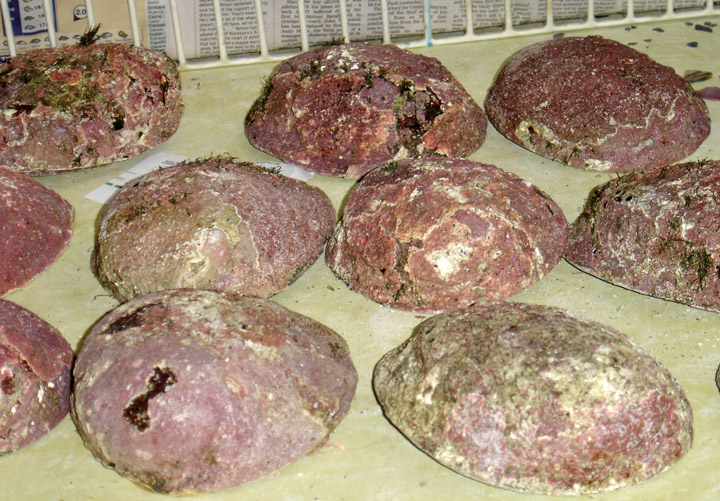 New Zealand's most well known paua species is Haliotis iris. It is also the most common, growing up to 18 cm in length. A centimetre (American spelling centimeter, symbol cm) is a unit of length that is equal to one hundredth of a meter, the current SI base unit of length. 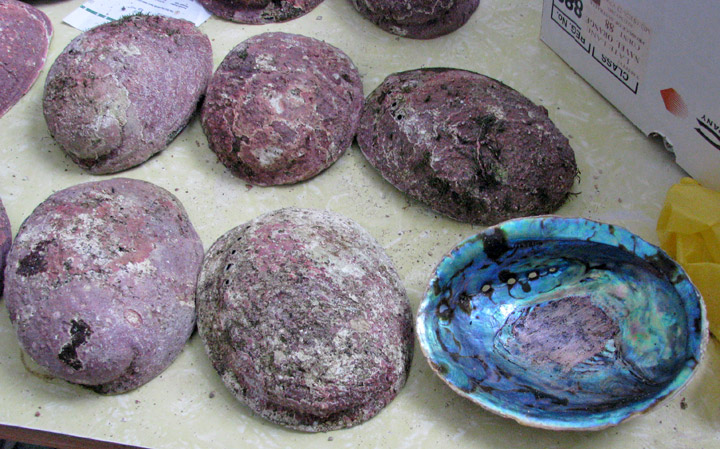 Paua feed on seaweed and are commonly found in shallow coastal waters along rocky shorelines in depths of 1 to 15 m. They survive the strong tidal surges by clinging to rocks using their large muscular foot. The metre (American English:meter) is a measure of length. 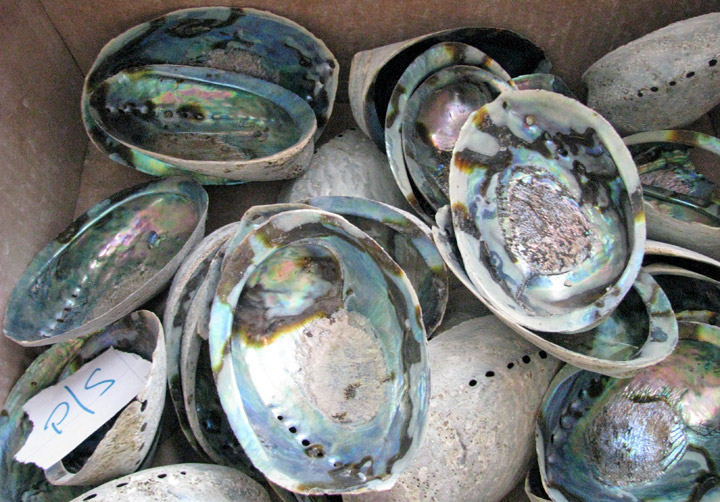 The shell of the paua is oval and the exterior is often covered with grayish incrustations. In contrast the interior of a Paua is an iridescent swirl of intense green, blue, purple, and sometimes pink colours, making it one of the world's most attractive shells. 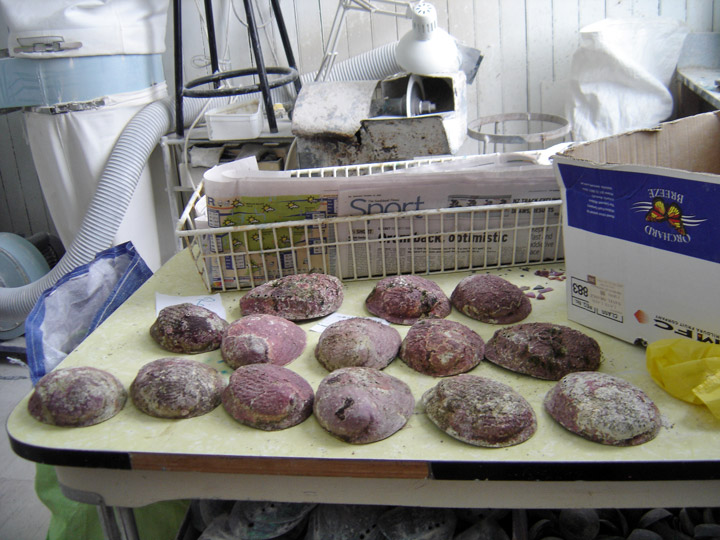 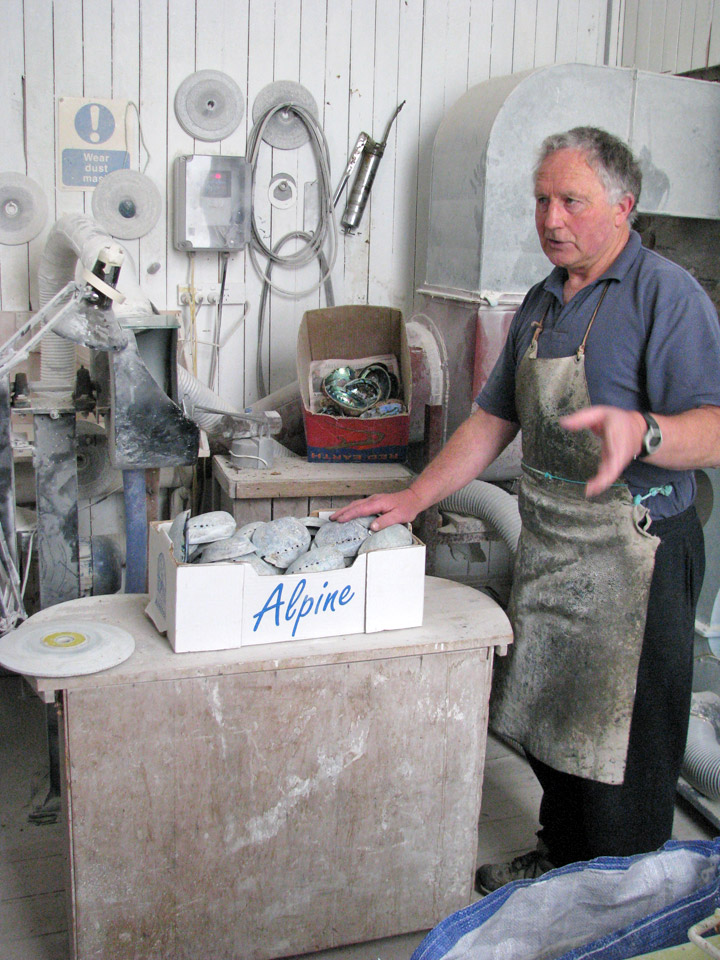 owner and also the Anglican Priest in Riverton

The paua is iconic in New Zealand. Its black muscular foot is considered a delicacy, and the shell is frequently used in jewellery. To Māori, paua are recognised taonga, or treasure, esteemed both as kai moana (seafood) and as a valued resource for traditional and contemporary arts and crafts. Paua are frequently used to represent the eyes in Māori carvings and traditionally are associated with the stars, or whetu the eyes of ancestors that gaze down from the night sky. Taonga is the Maori word for a treasured thing, whether tangible or intangible. 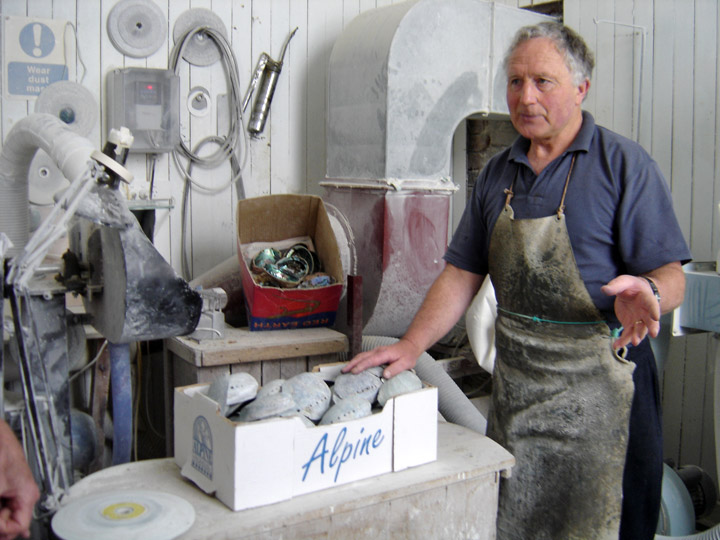 Paua are gathered recreationally and commercially but strict catch limits are set for both - for recreational fishers this is 10 Paua per person, per day. The minimum legal size for caught Paua is 125mm. (The New Zealand Herald, May 30, 2006). Paua can only be caught by free diving. It is illegal to dive for paua using scuba equipment. 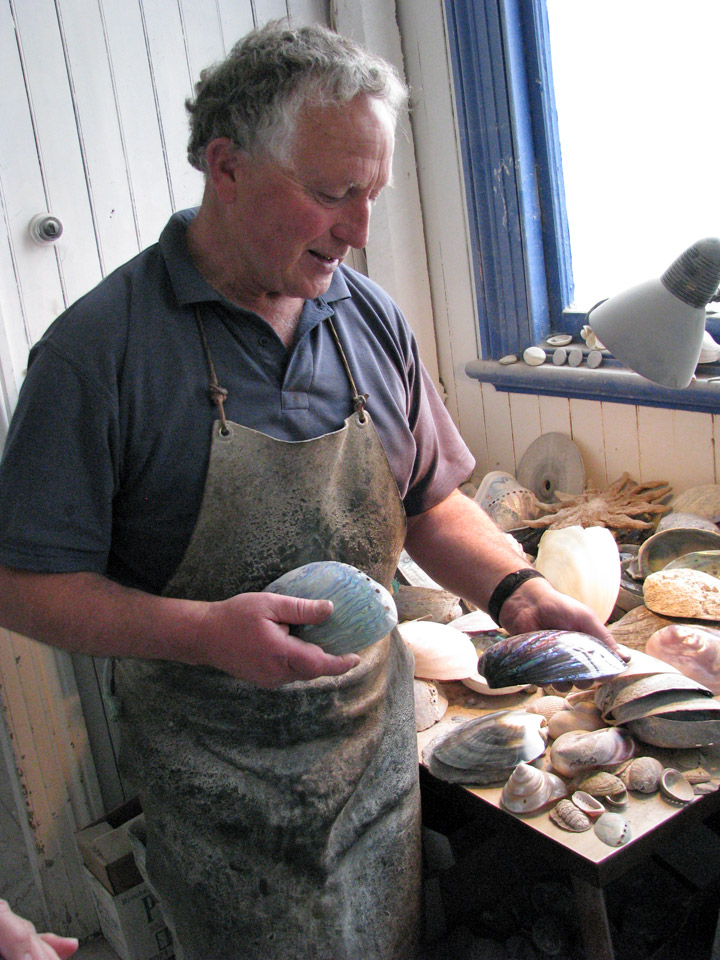 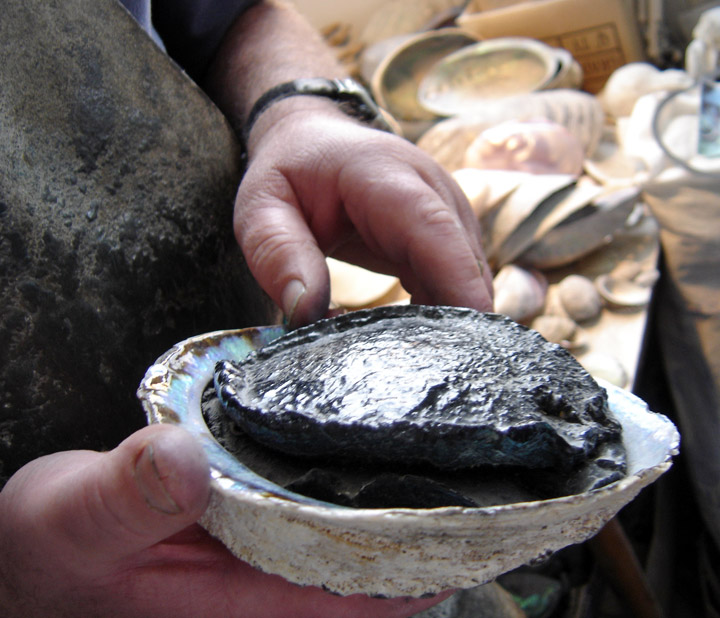 demonstrating how the body is attached to the shell 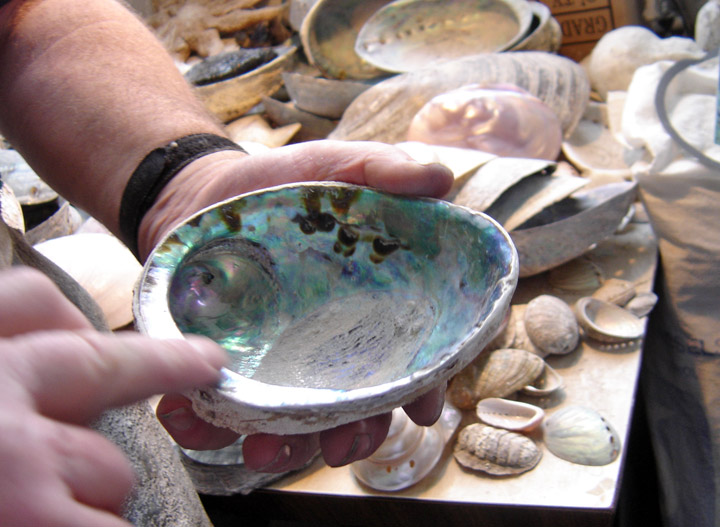 working with the shell 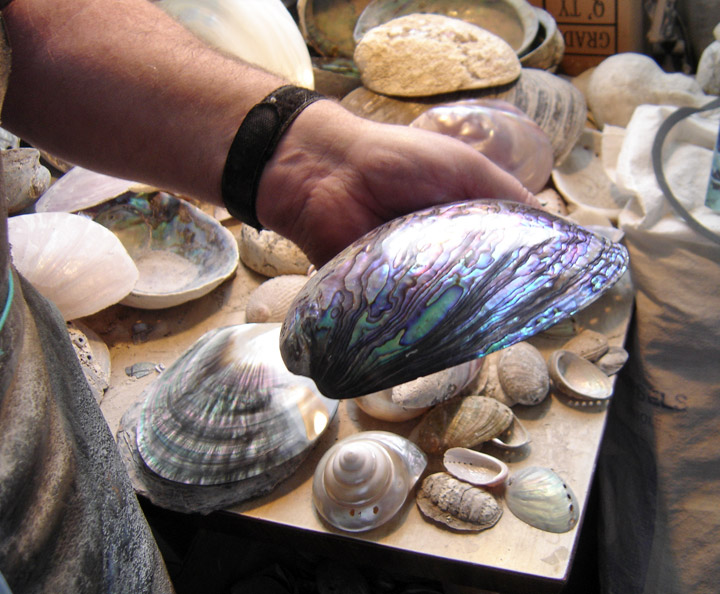 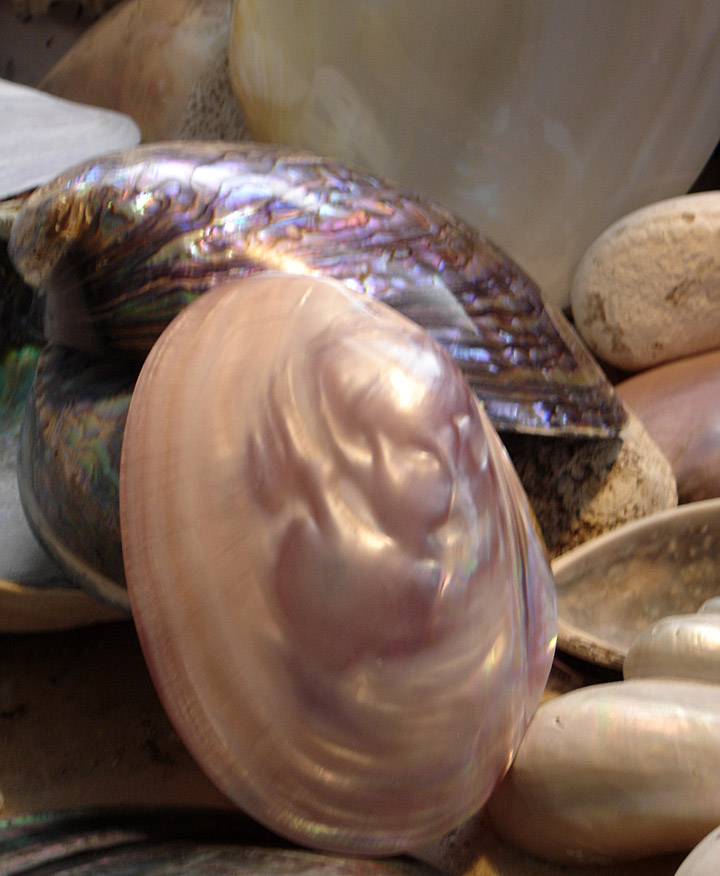 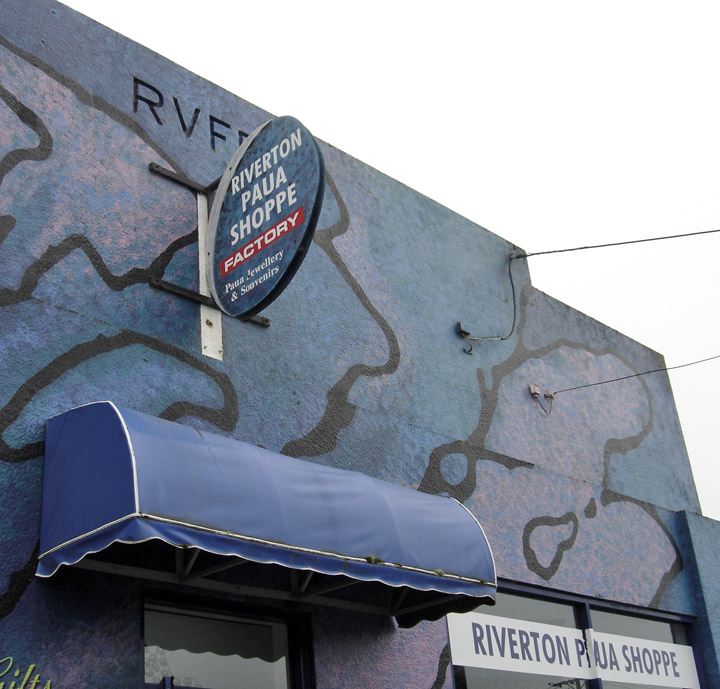