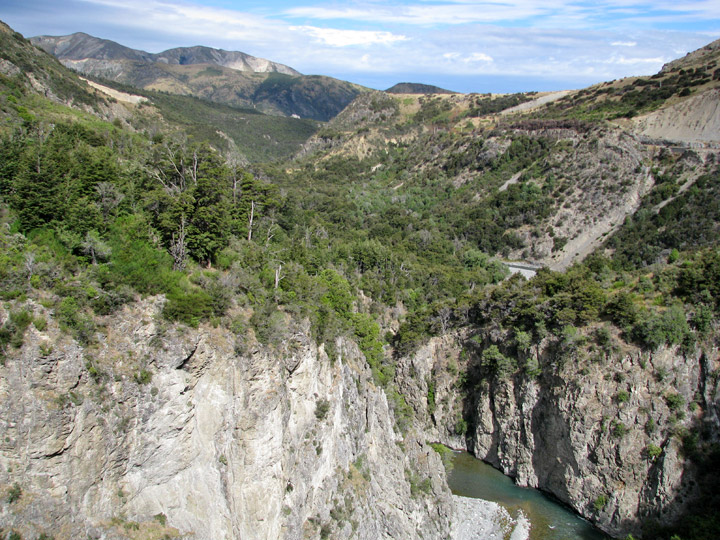 The Waimakariri River is the largest of the North Canterbury Rivers, in the South Island of New Zealand. It flows for 151 kilometers in a generally southeastward direction from the Southern Alps across the Canterbury Plains to the Pacific Ocean. 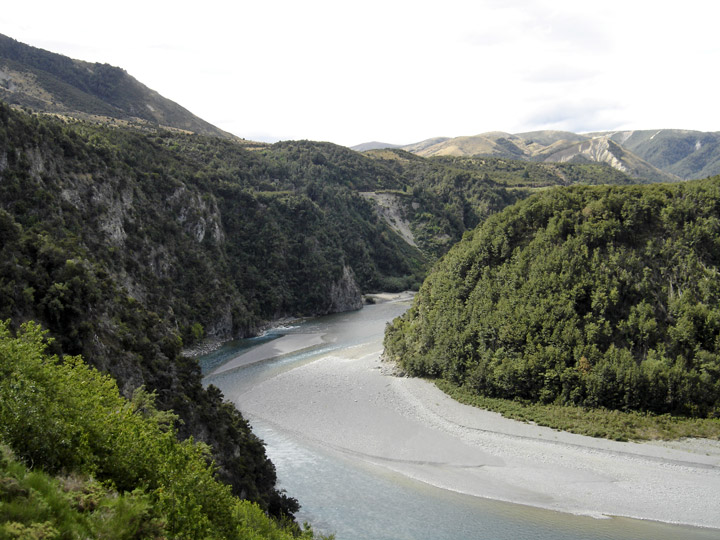 The river rises on the eastern flanks of the Southern Alps, eight kilometers southwest of Arthur's Pass. For much of its upper reaches, the river is braided, with wide shingle beds. As the river approaches the Canterbury Plains, it passes through a belt of mountains, and is forced into a narrow canyon (the Waimakariri Gorge), before reverting to its braided form for its passage across the plains. It finally enters the Pacific north of Christchurch, near the town of Kaiapoi. 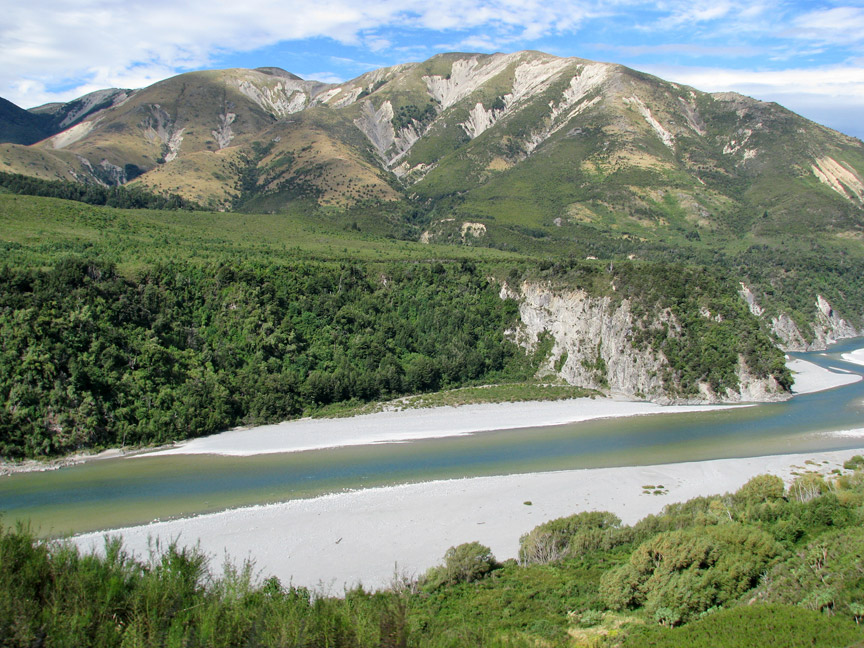 In Māori, Waimakariri has several meanings, one of which is "river of cold rushing water" 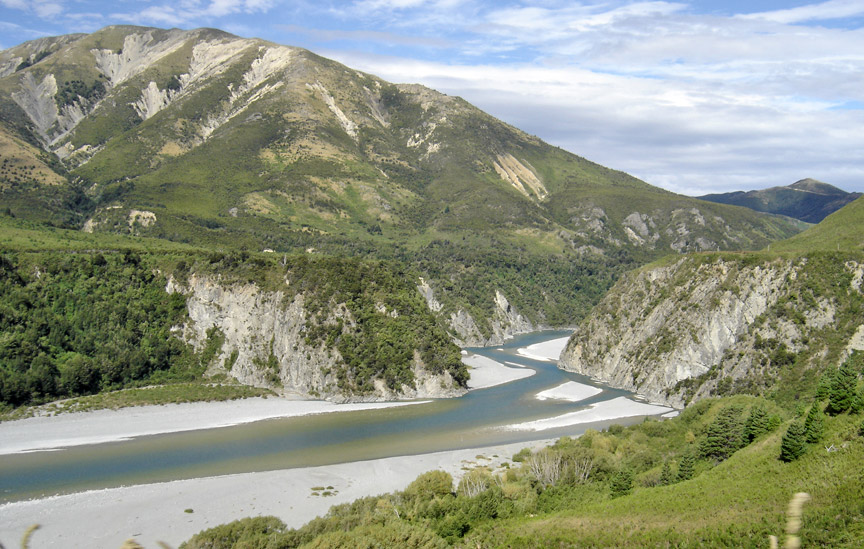 In the 1850s European settlers gave the river the name Courtenay River, but it lapsed into disuse 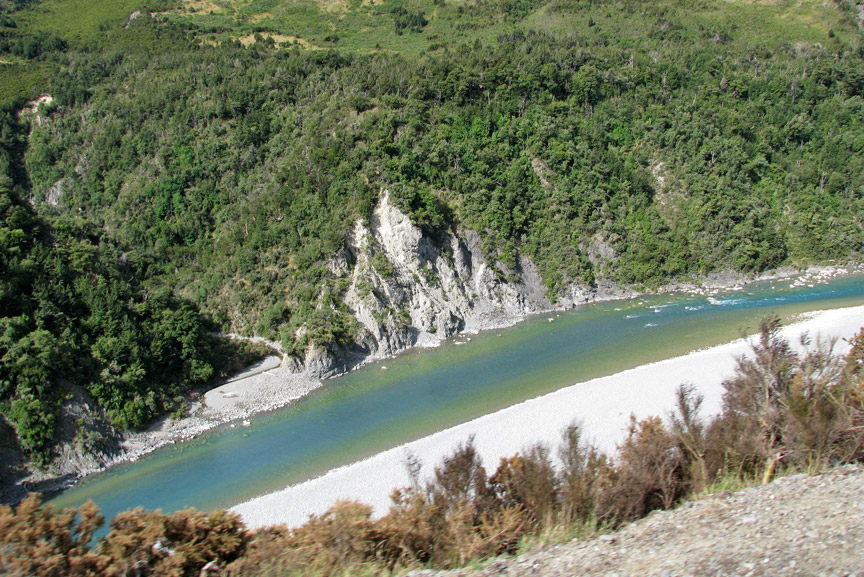 Geological evidence indicates that the river mouth has been very mobile, at times flowing through the current location of Christchurch and even flowing into Lake Ellesmere south of Banks Peninsula for a time. 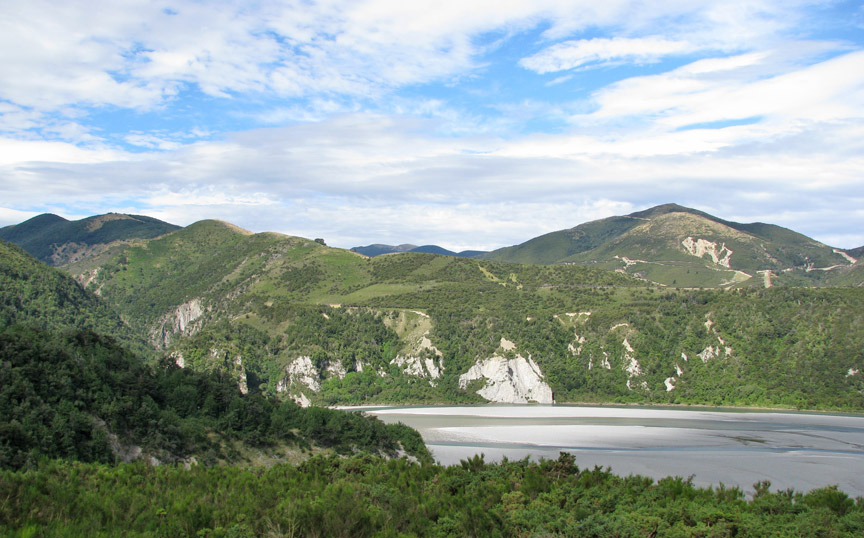 Instead of being unoccupied crown land as are most New Zealand river beds, the bed of the Waimakariri River is vested in the Canterbury Regional Council (Environment Canterbury). 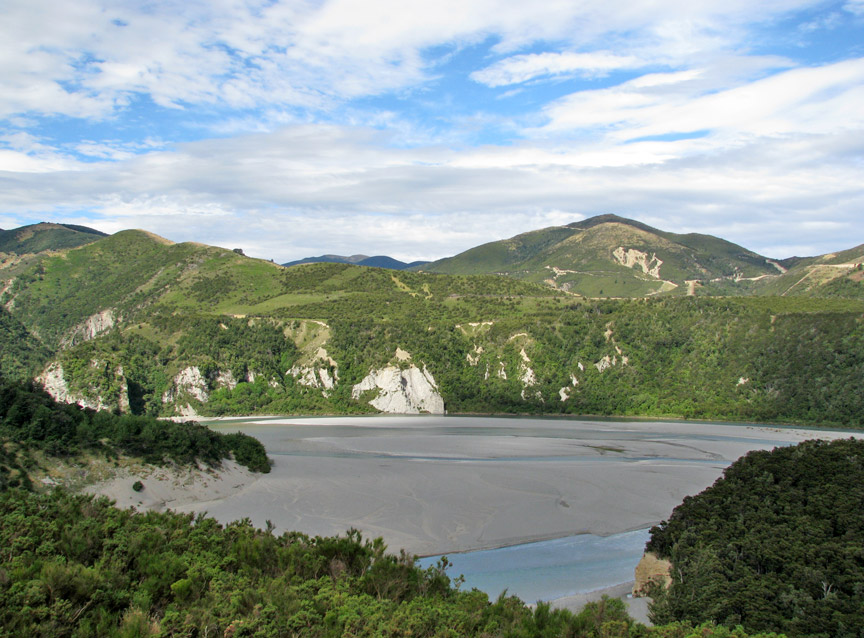 The river is known colloquially in Canterbury as "The Waimak" 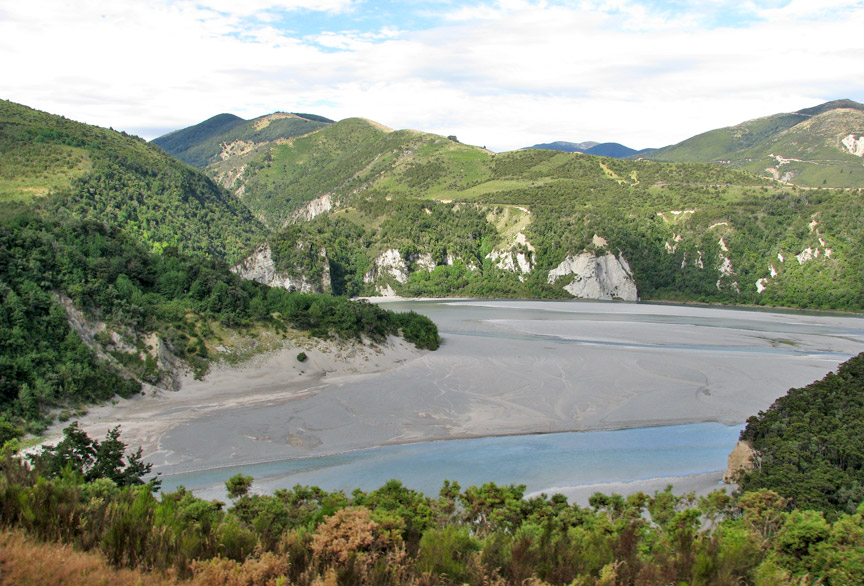 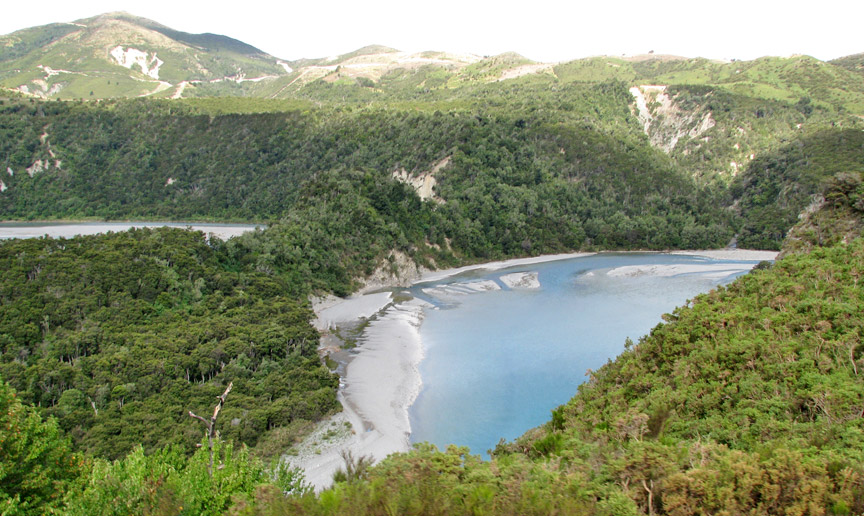 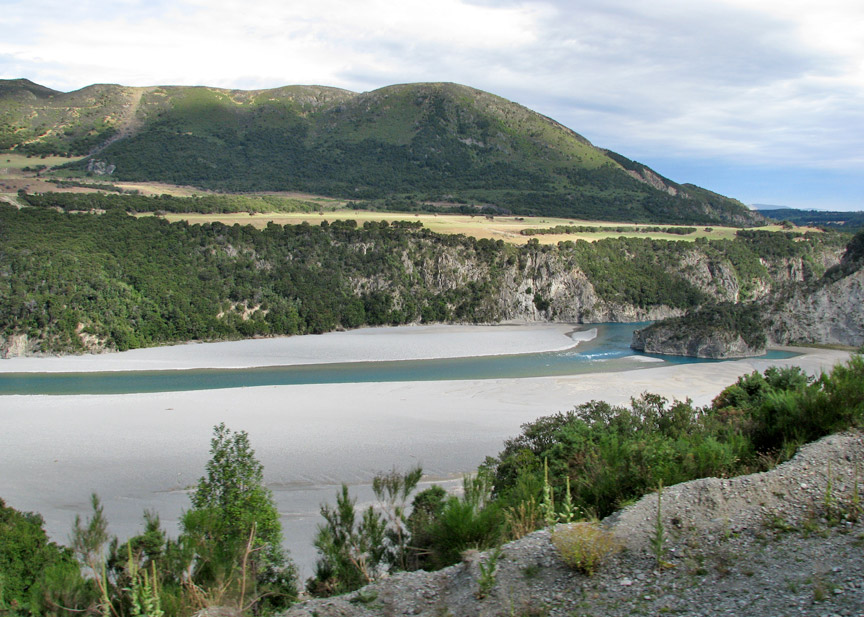 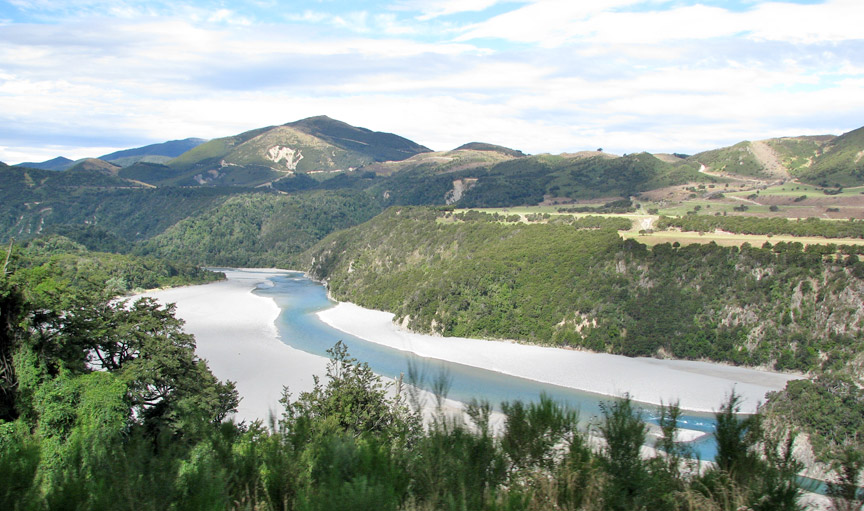 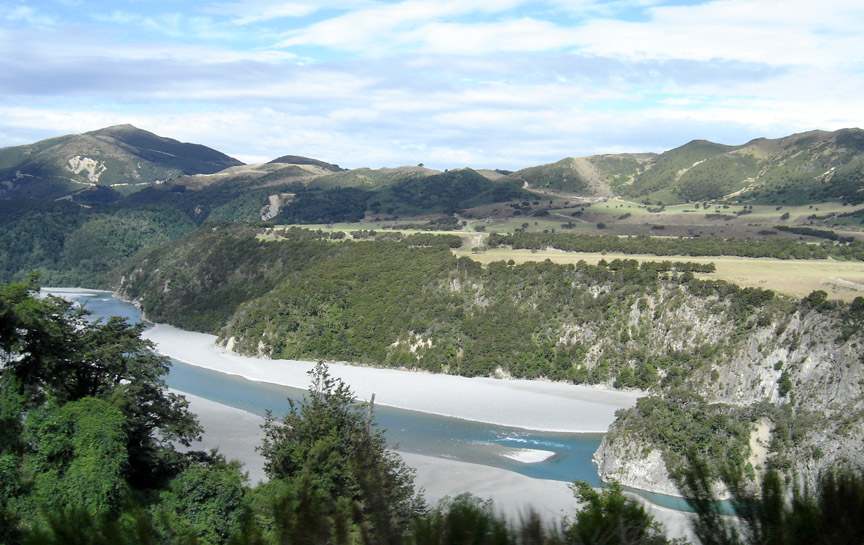 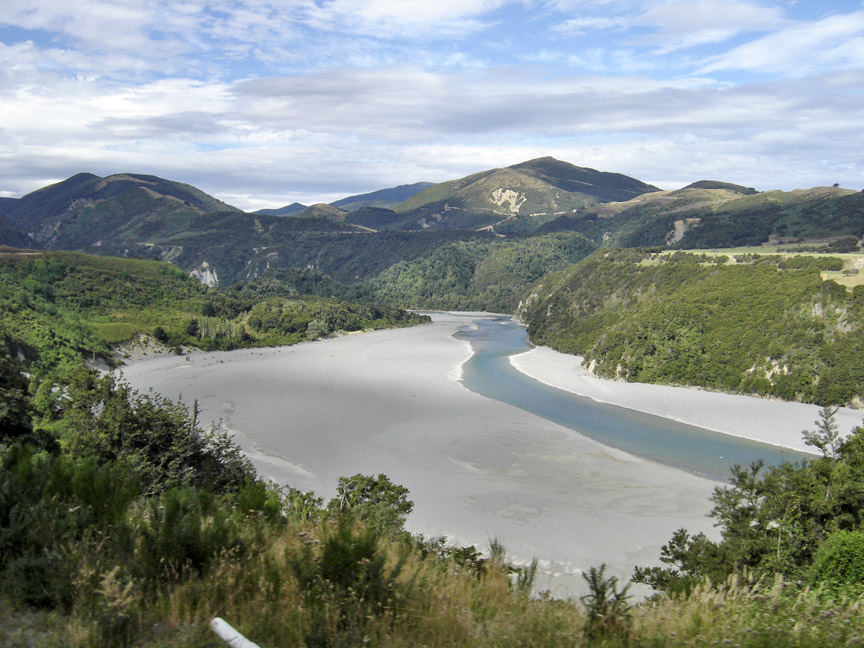 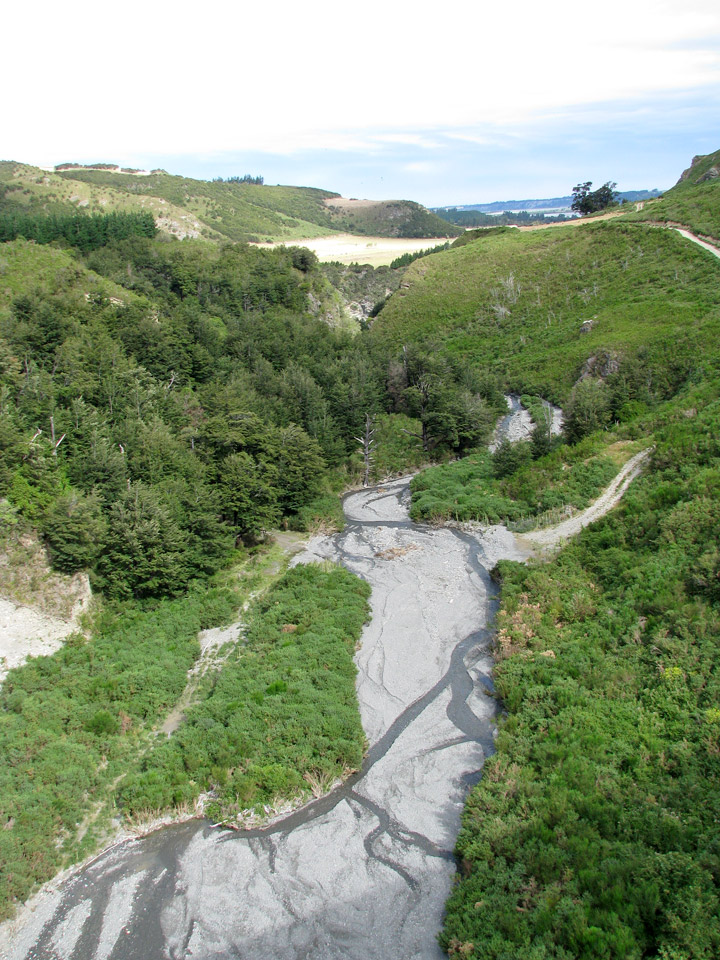 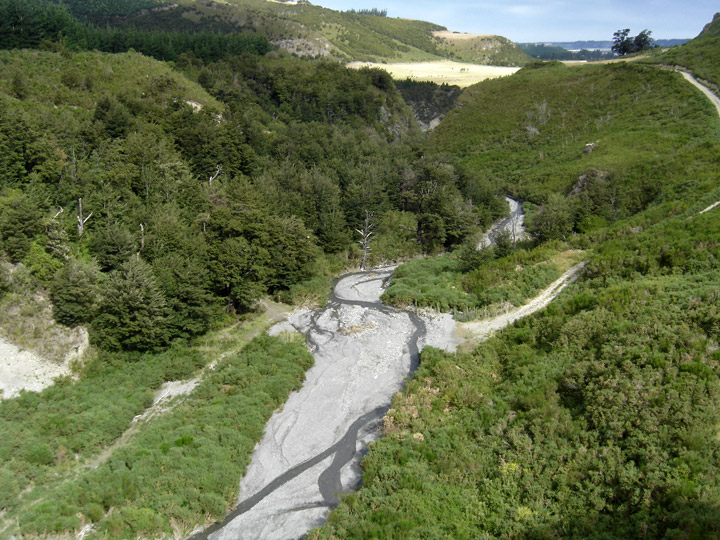