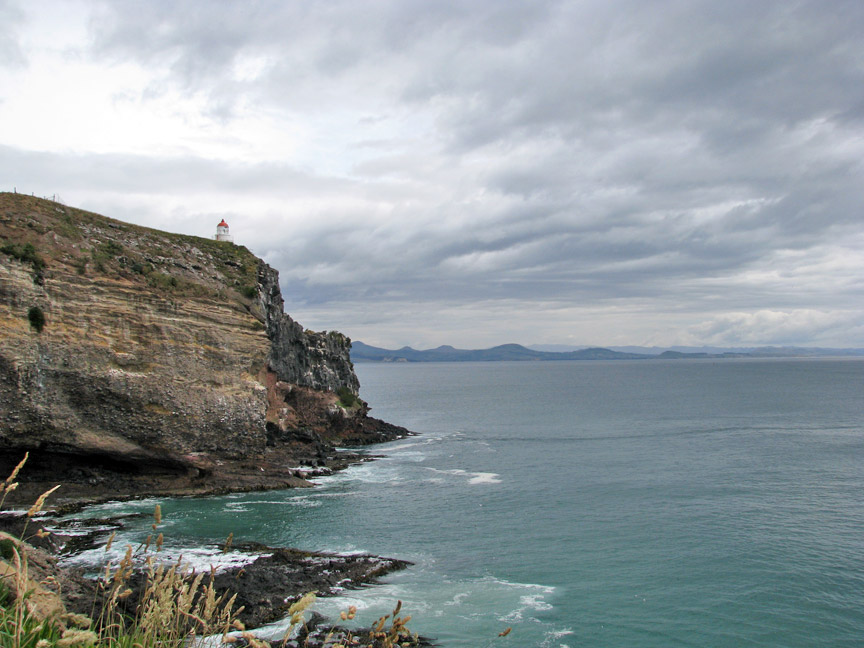 Taiaroa Head is a headland at the end of the Otago Peninsula in New Zealand, overlooking the mouth of the Otago Harbor. It lies within the city limits of Dunedin. The nearest settlement, Otakou, lies three kilometers to the south. 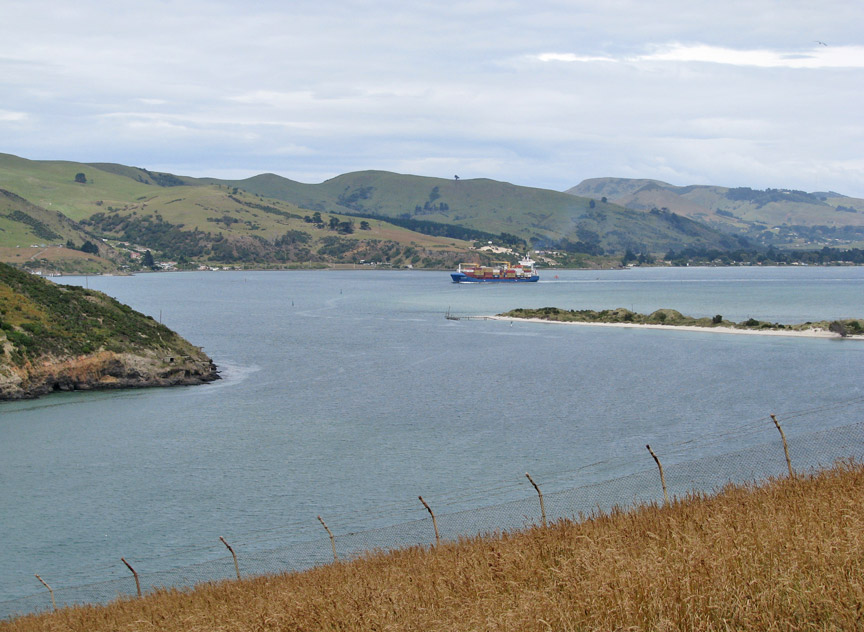 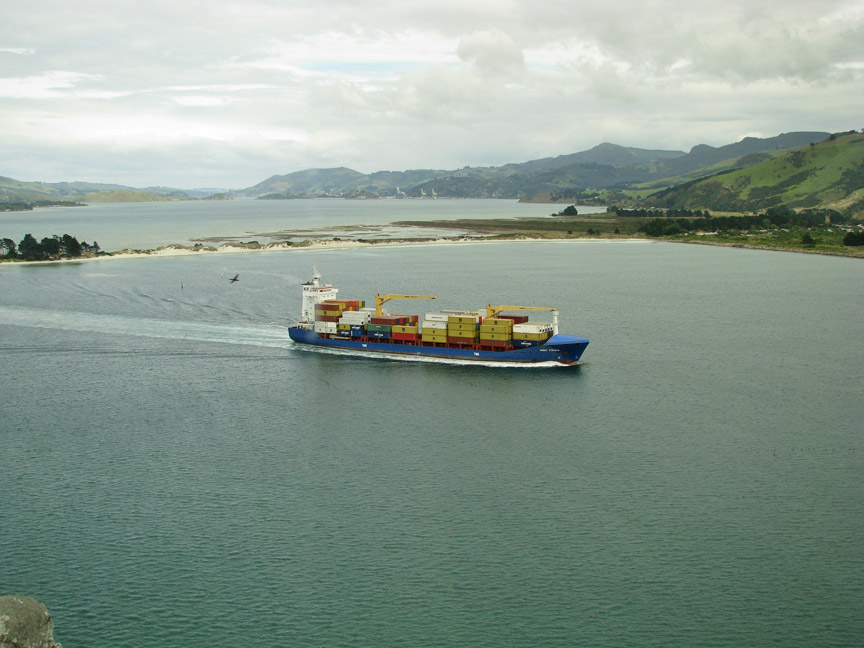 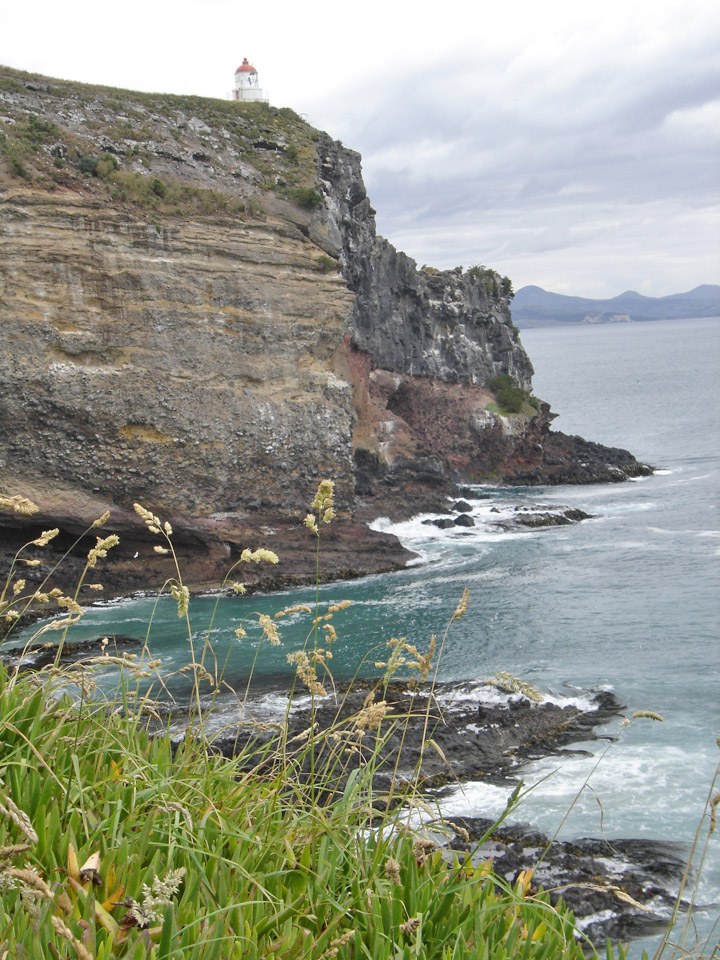 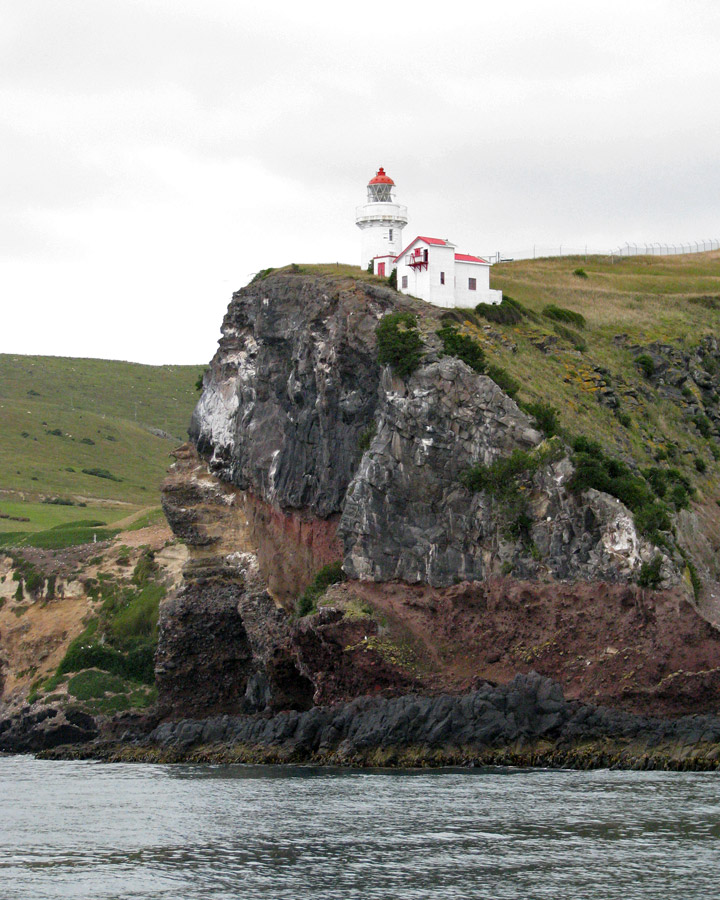 The cape is home to a lighthouse, built in 1864, and a colony of over 100 Northern Royal Albatrosses, which established itself in 1919 - the only such colony on an inhabited mainland. Ruins of former coastal defenses are located nearby, notably a restored Armstrong disappearing gun emplacement built in 1886 following a scare that New Zealand might be invaded by the Russians. A small beach, Pilots Beach, is located just inside the harbor entrance to the south of the head, and many forms of marine life, such as New Zealand Fur seals and Hooker's Sea Lions are often to be seen. At Pilots beach is the largest colony of little or blue penguins remaining on the Otago Peninsula. Nearby are important breeding habitats of the threatened yellow-eyed penguin. There may also be seen a large number of dolphins or migratory large whales. Historically, there were several commercial whaling stations established on the peninsula and the number of whales in this area were heavily exploited. Fortunately, however, their sightings in these areas are on the increase. The part of Taiaroa Head where Northern Royal Albatrosses breed is managed by the NZ Department of Conservation as a Nature Reserve with restricted entry. On adjacent land the Otago Peninsula Trust manage a visitor centre and run guided tours into the Nature Reserve. Pilots Beach is managed as a Recreation reserve by the Dunedin City. 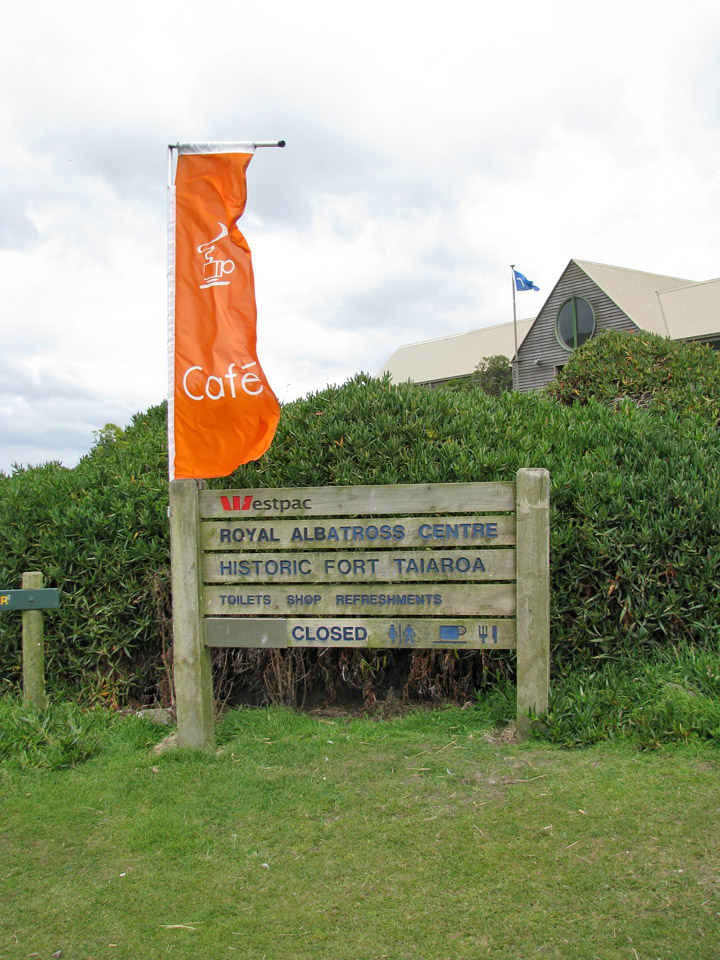 The headland is named for Te Matenga Taiaroa, a 19th century Māori chief of the Ngai Tahu iwi. Pukekura, a significant Māori pā was located on the headland, having been established about 1650 and still occupied by Māori in the 1840s. It is associated with a daring warrior called Tarewai who was active in the 18th century. Pilot's Beach was formerly known as 'Hobart Town Beach' from the whaling tryworks established there in 1836 by the Weller brothers employing men from Hobart. Previously it was called 'Measly Beach' from its being a place where Māori went to bathe when afflicted by a measles epidemic in 1835. 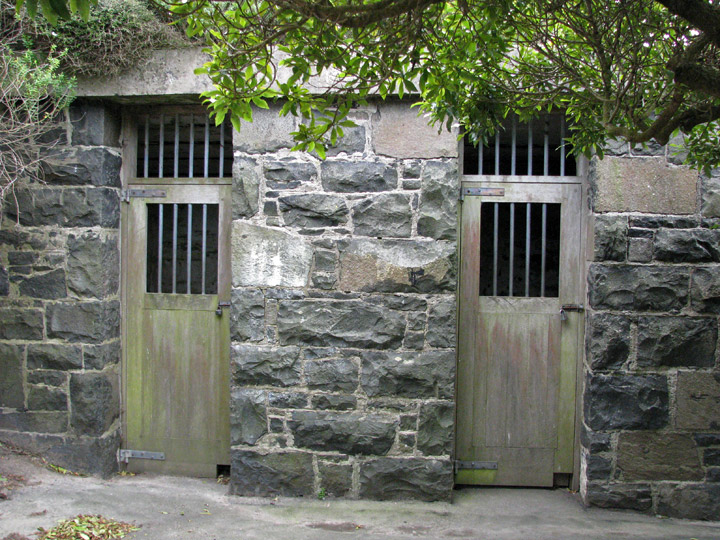 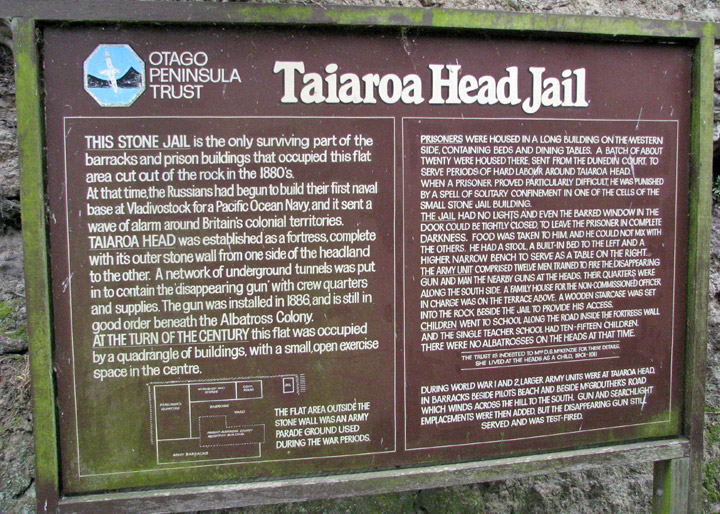 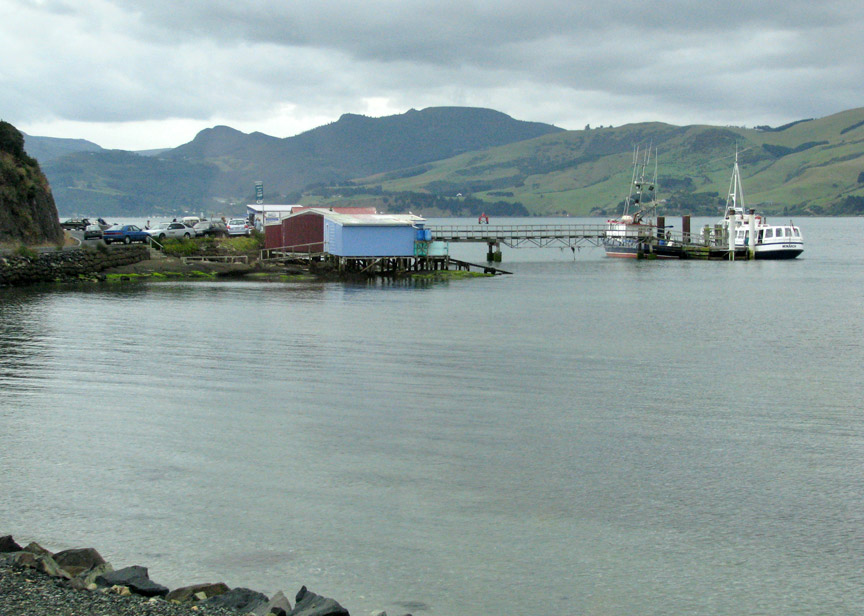 dock for the boat cruise around Taiaoria Head 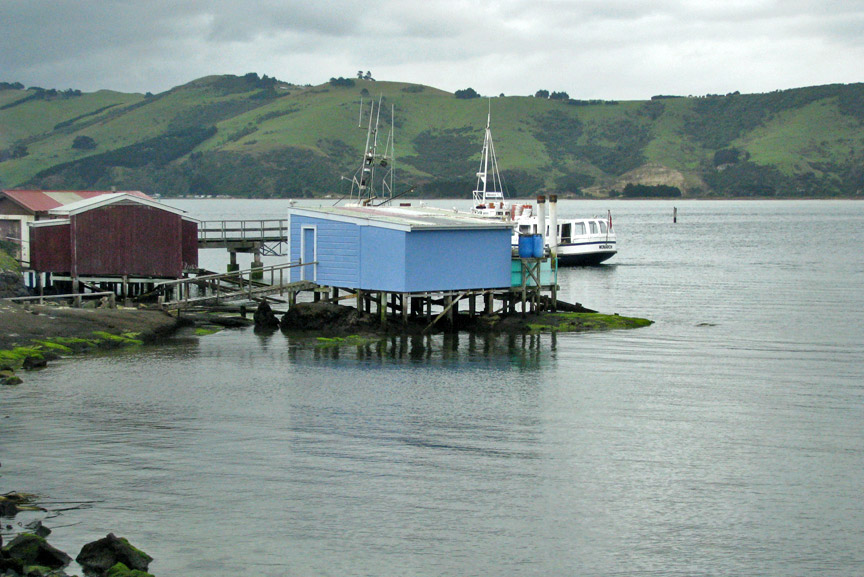 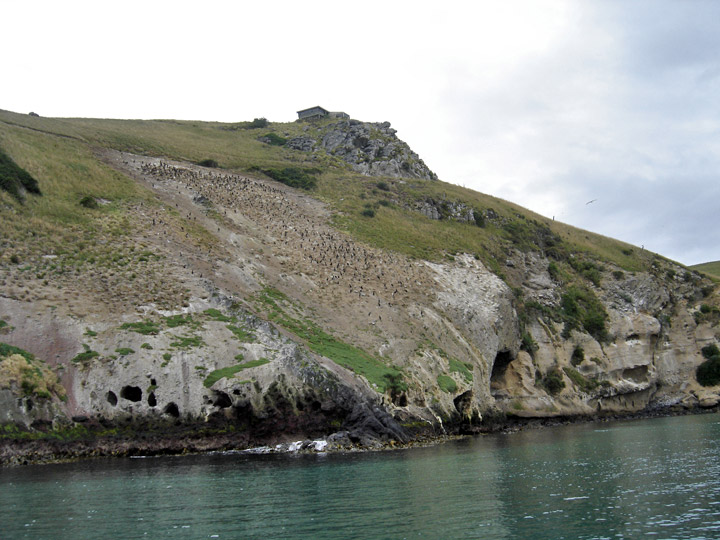 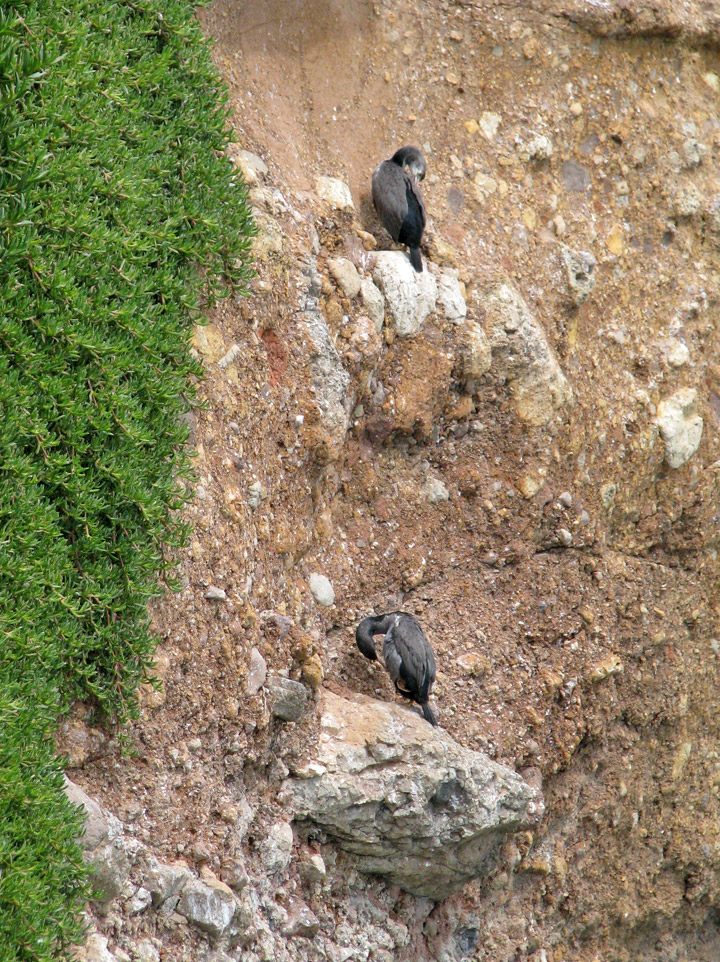 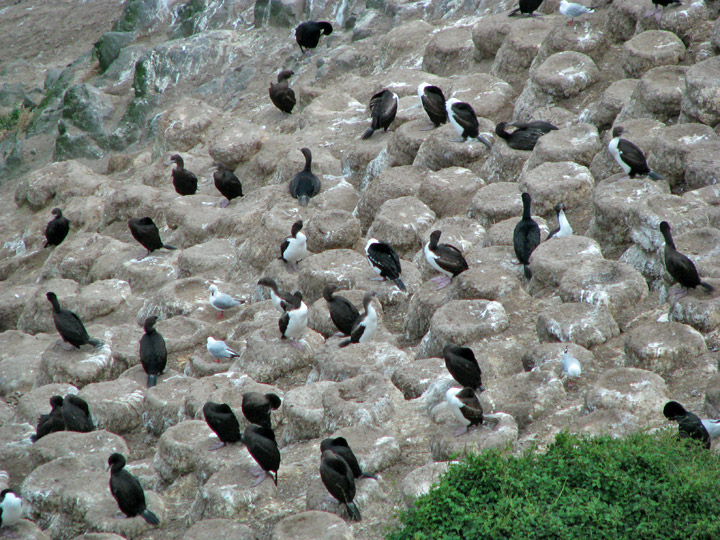 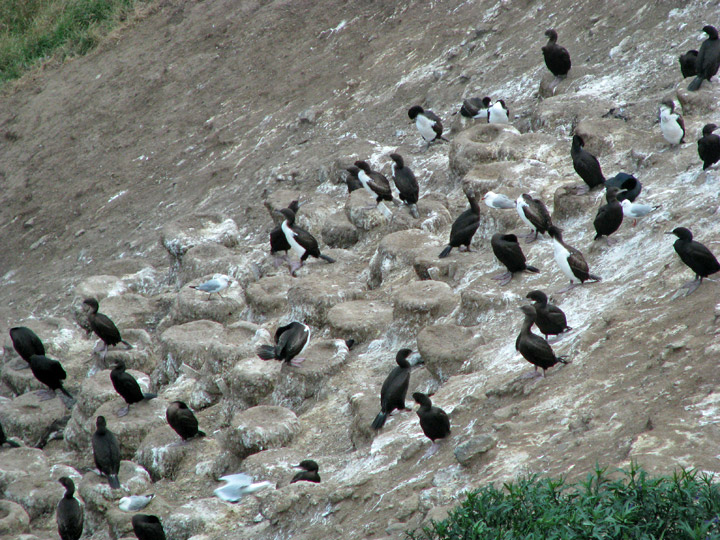 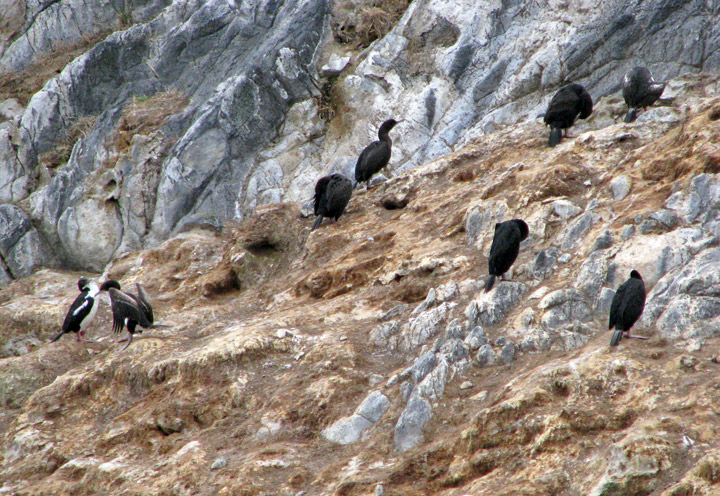 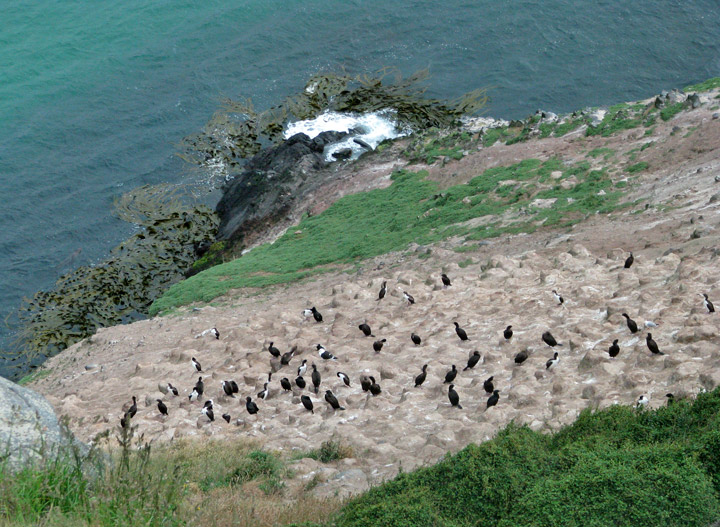 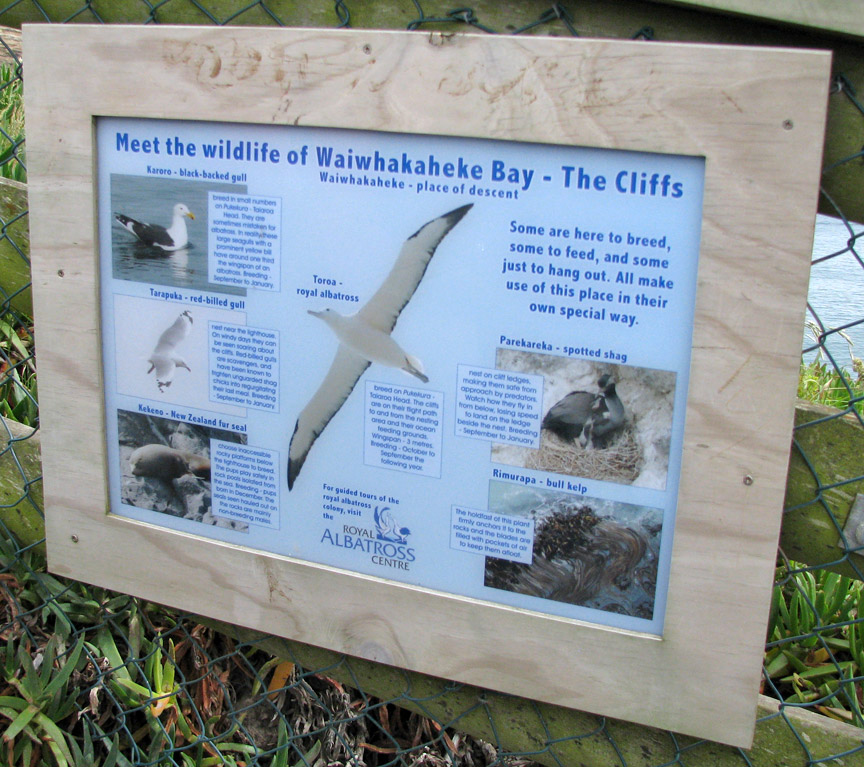 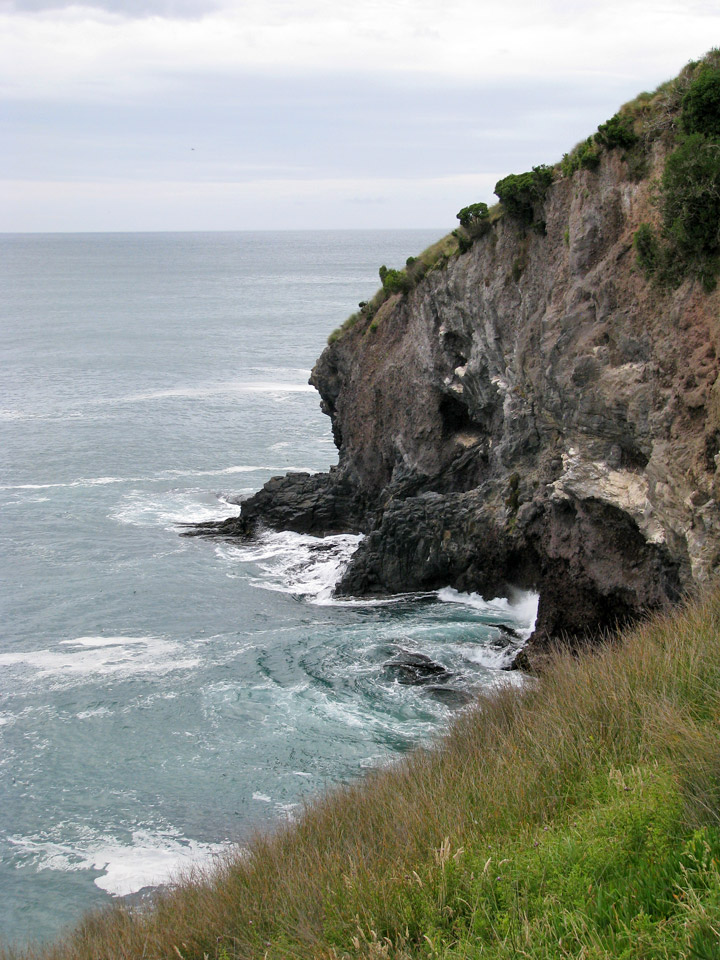 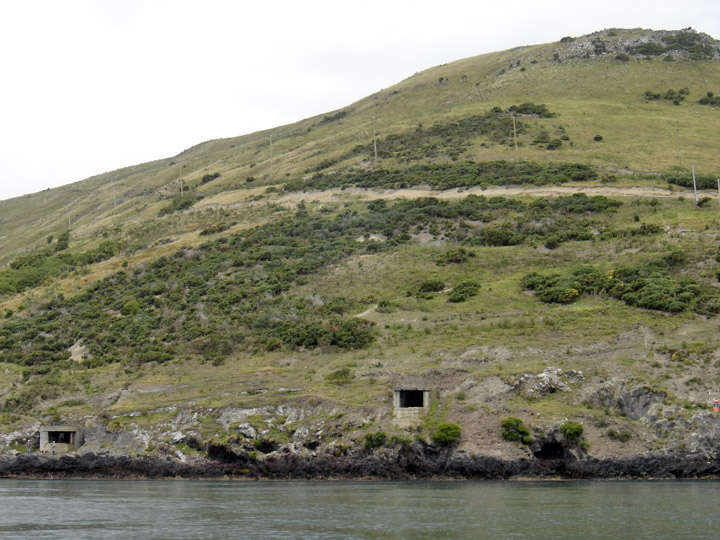 part of the hill fortification 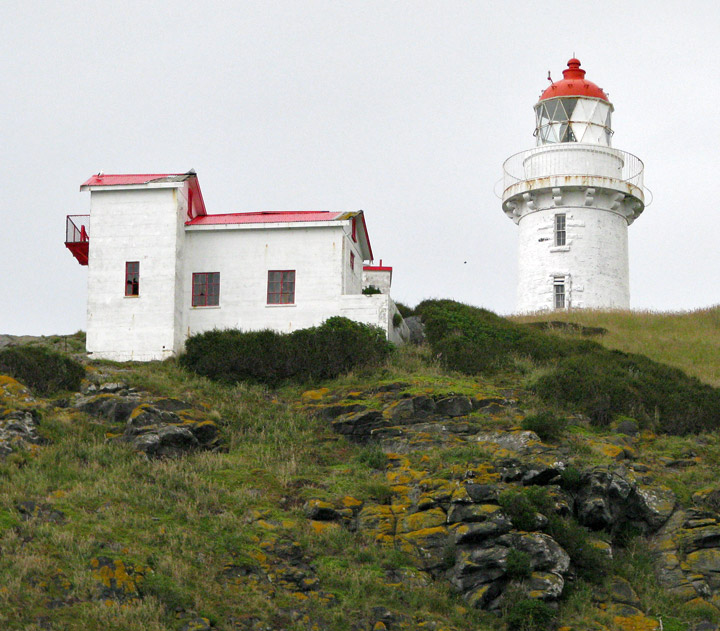 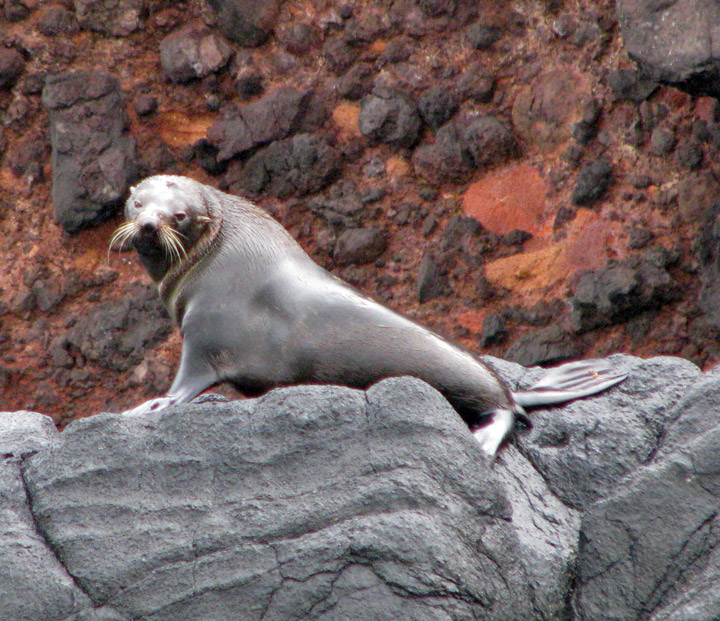 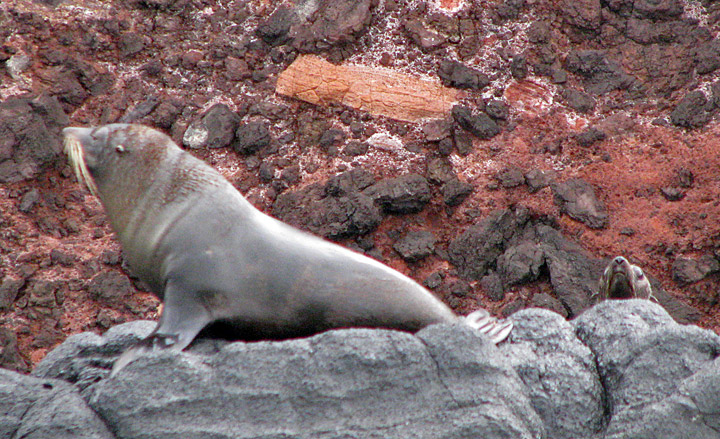 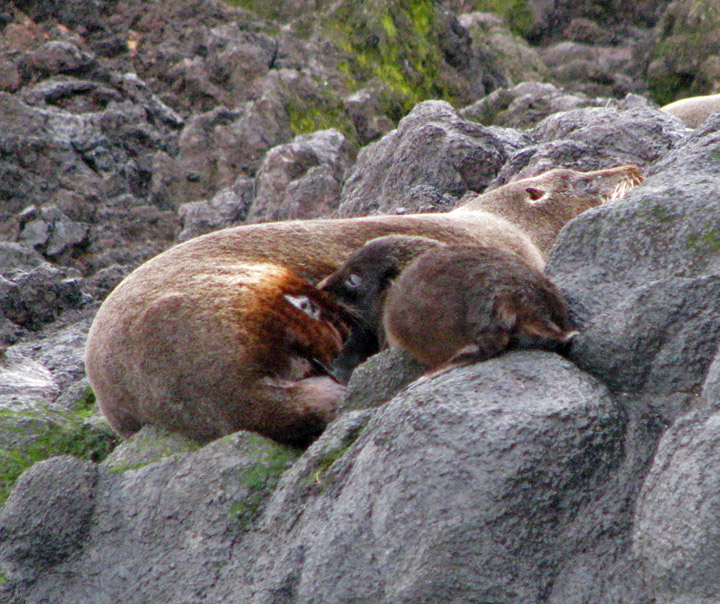 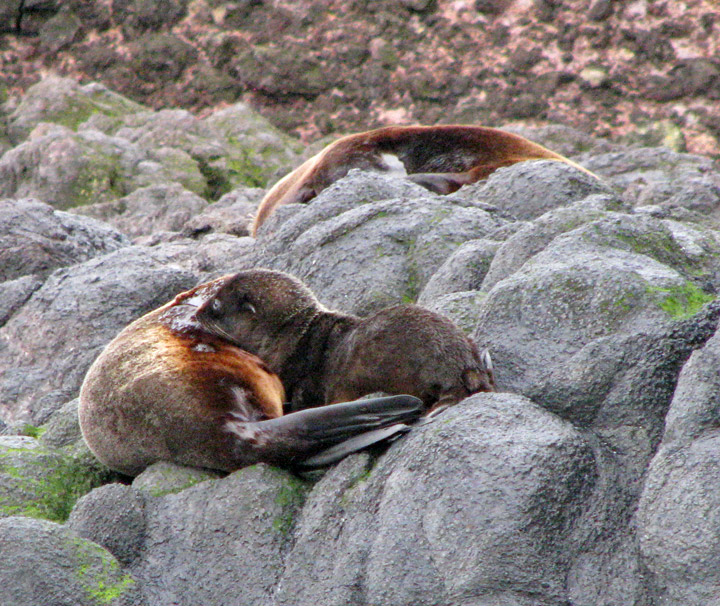 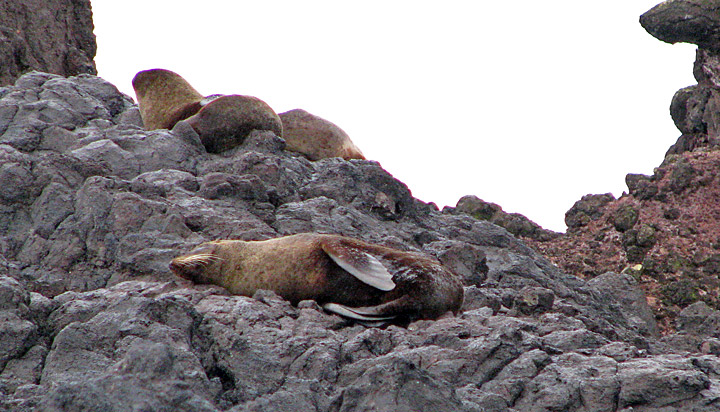 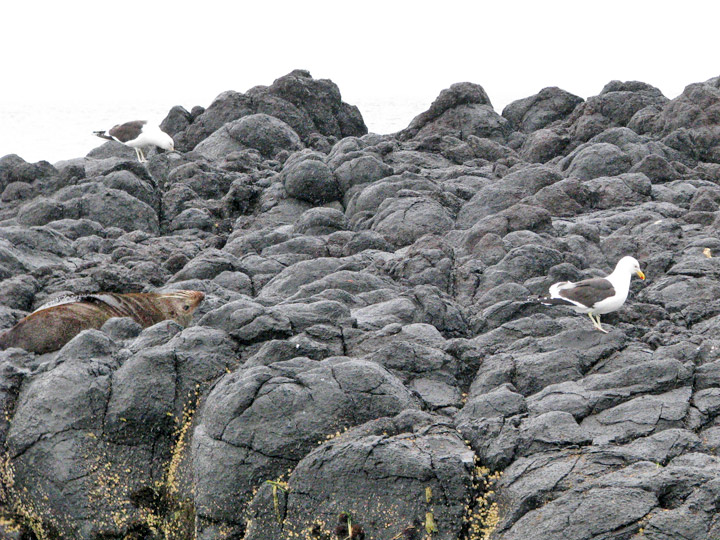 sharing the rocks with the gulls 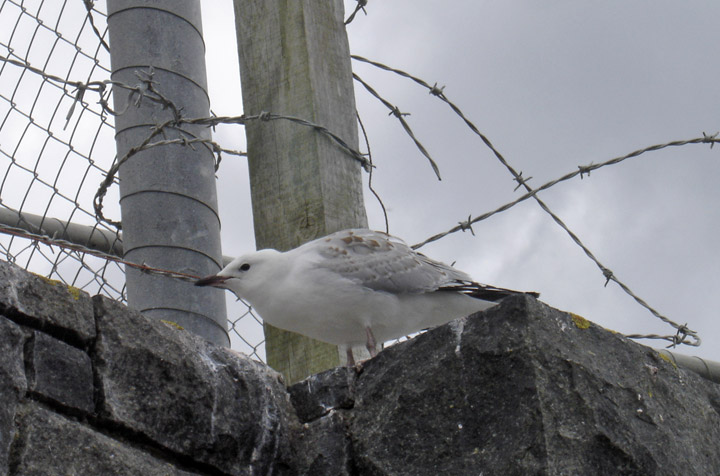 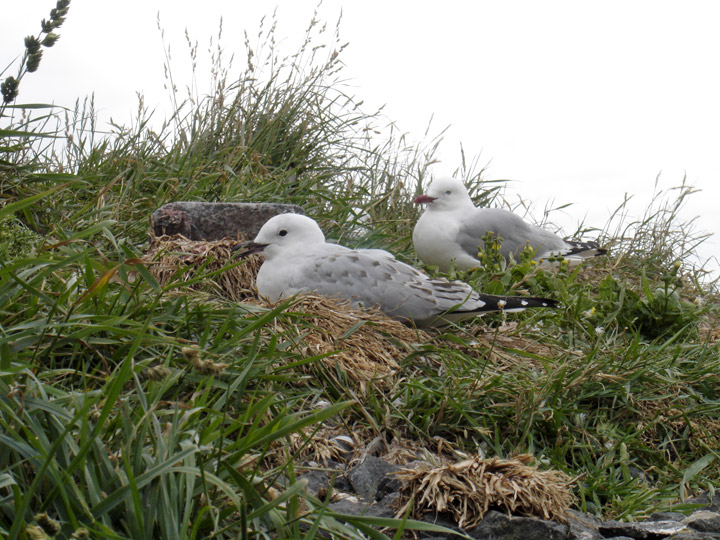 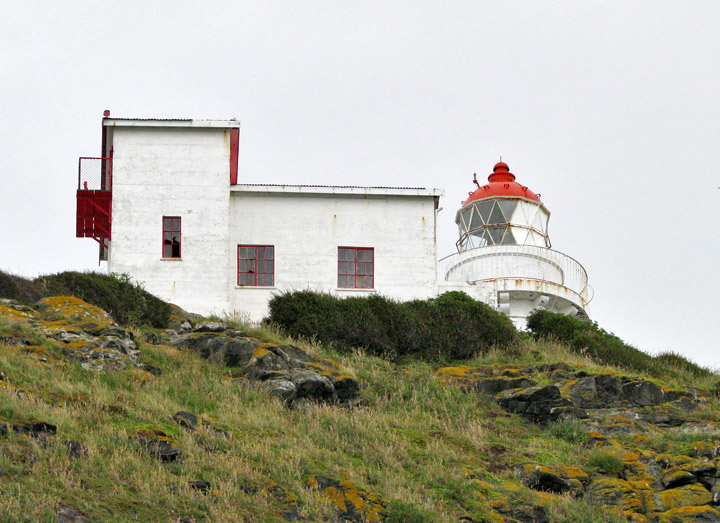 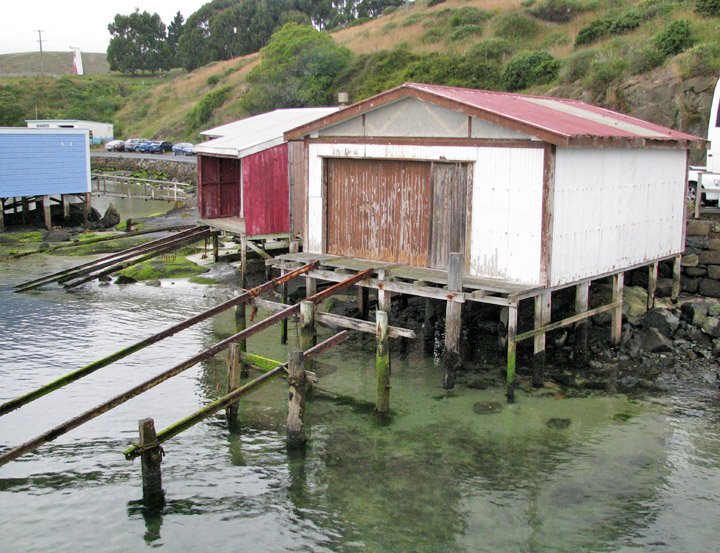