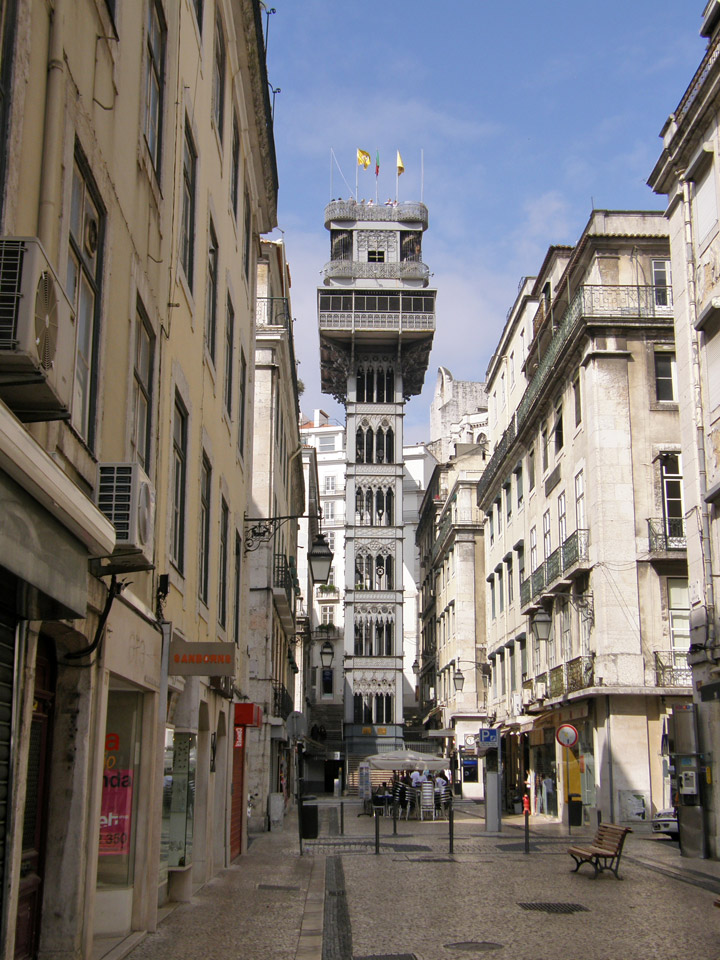 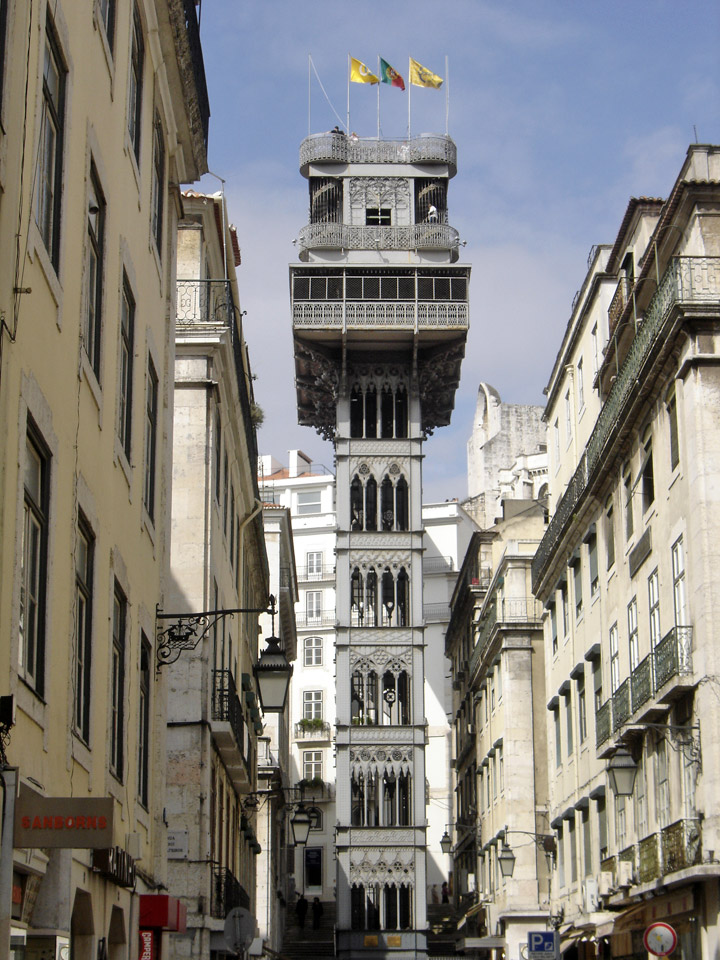 The Santa Justa Lift was designed by Raul Mesnier de Ponsard, an engineer born in Oporto to French parents, and apprentice of Gustave Eiffel. Construction began in 1900 and was finished in 1902; originally powered by steam, it was converted to electrical operation in 1907. 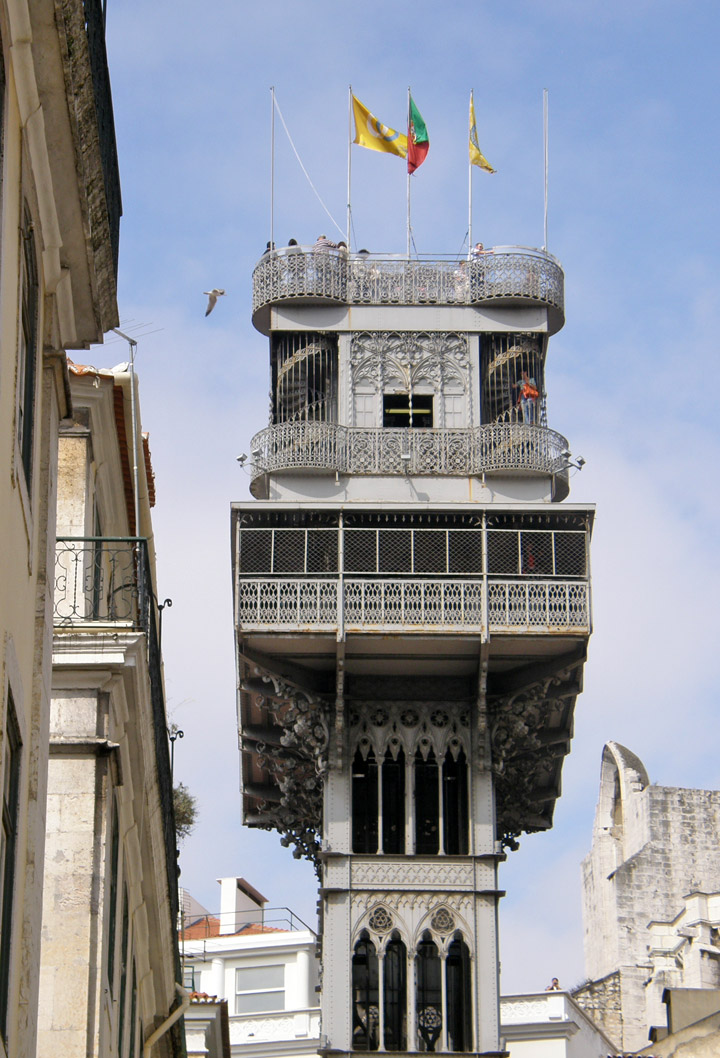 The iron lift is 45 metres tall and is decorated in neogothic style, with a different pattern on each storey. The top storey is reached by helicoidal staircases and has a terrace that offers views of Lisbon Castle, the Rossio Square and the Baixa neighbourhood. There are two elevator booths. Each has wooden interior and accommodates 24 people. 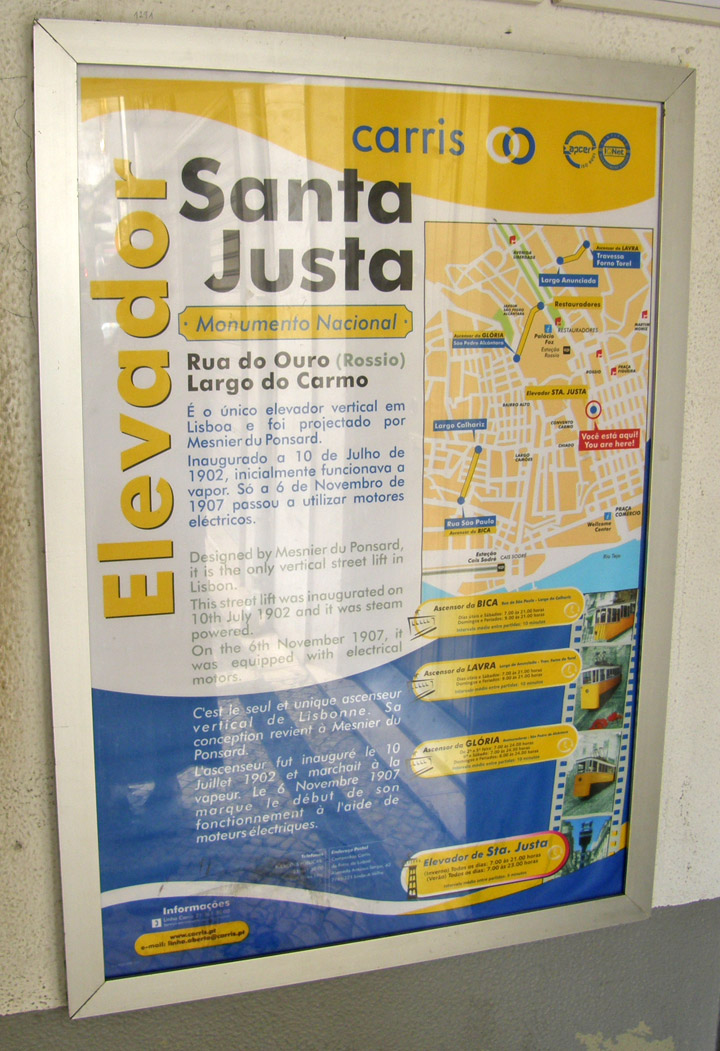 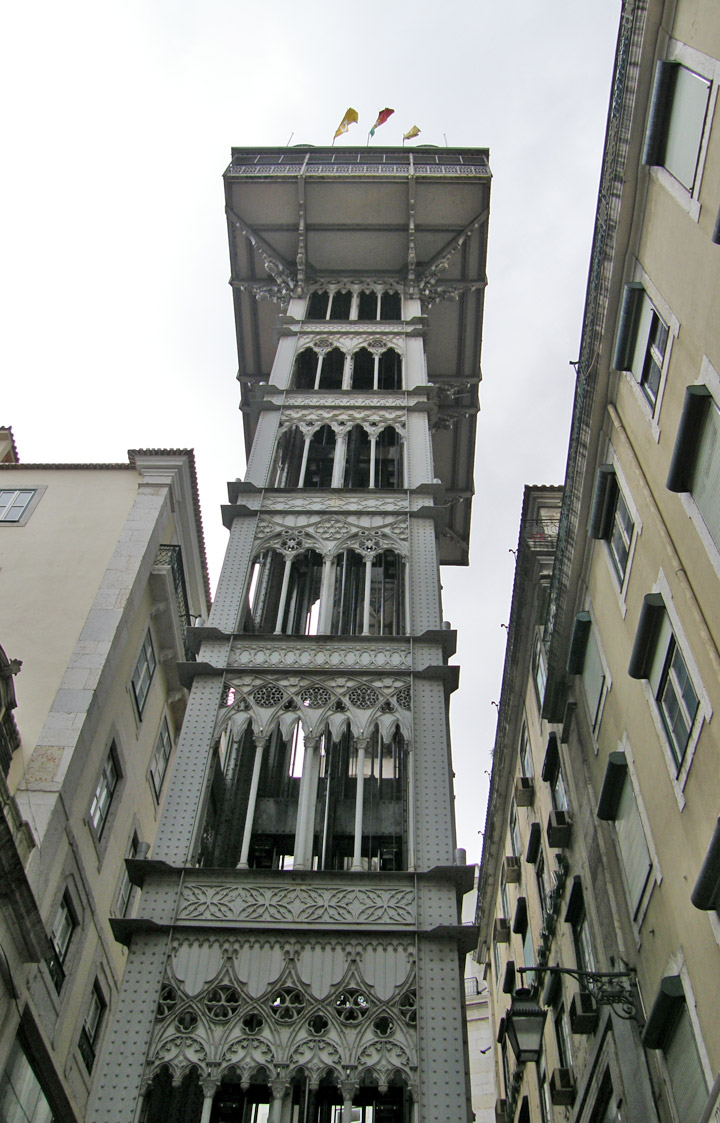 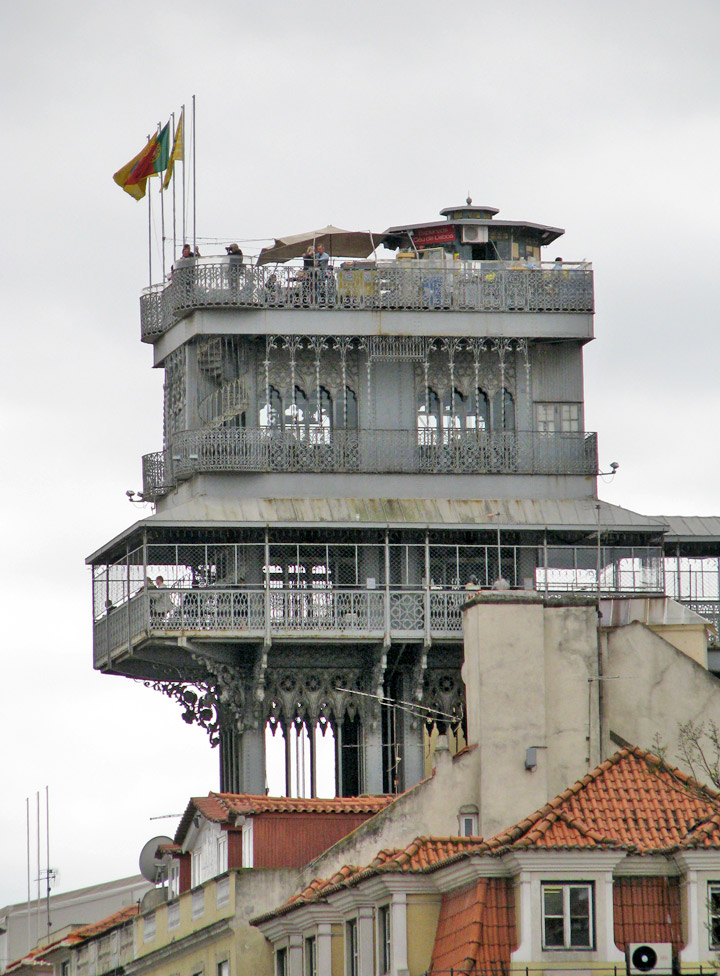 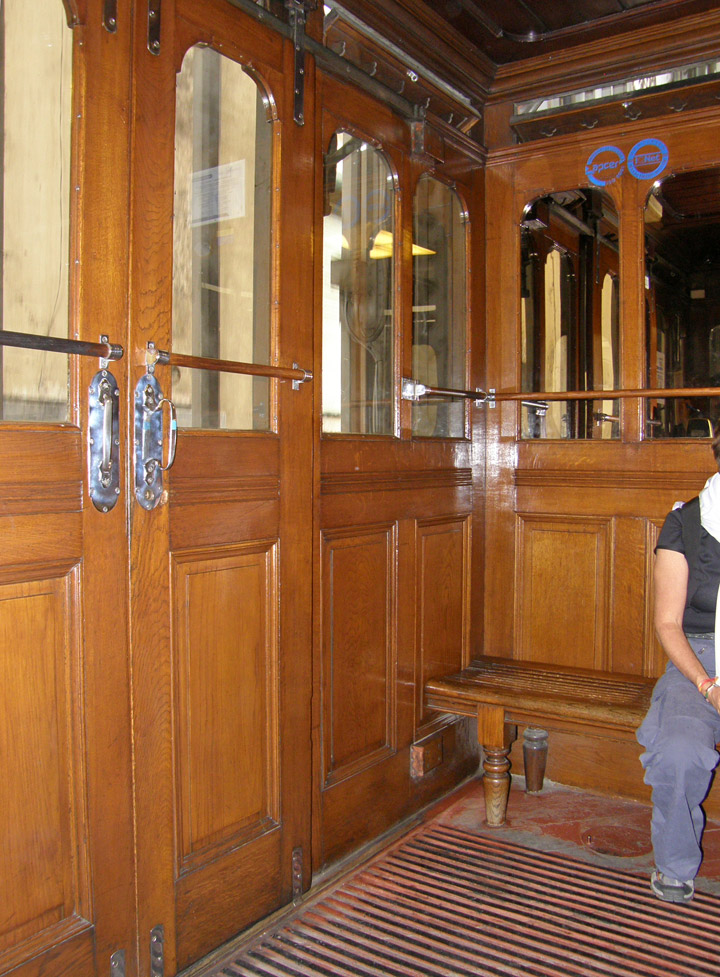 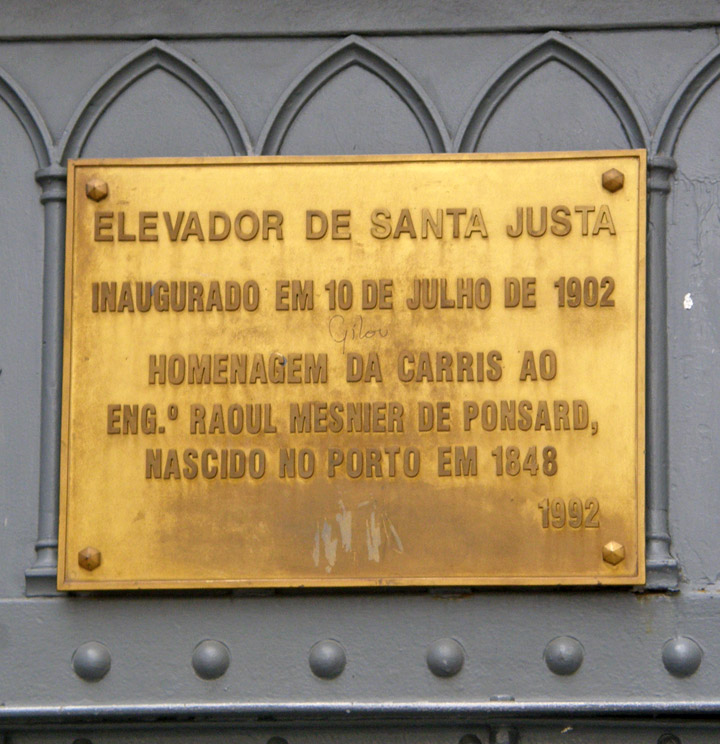 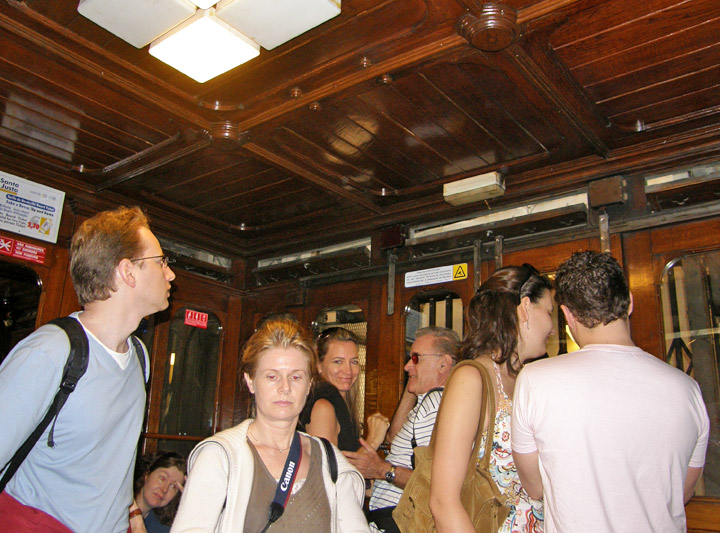 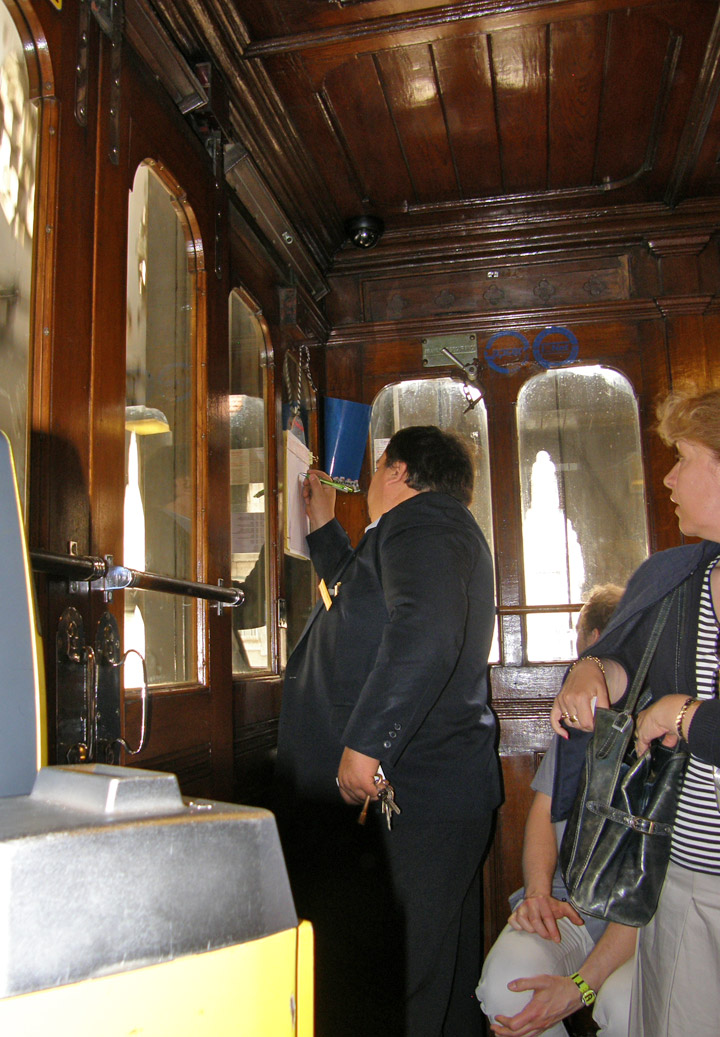 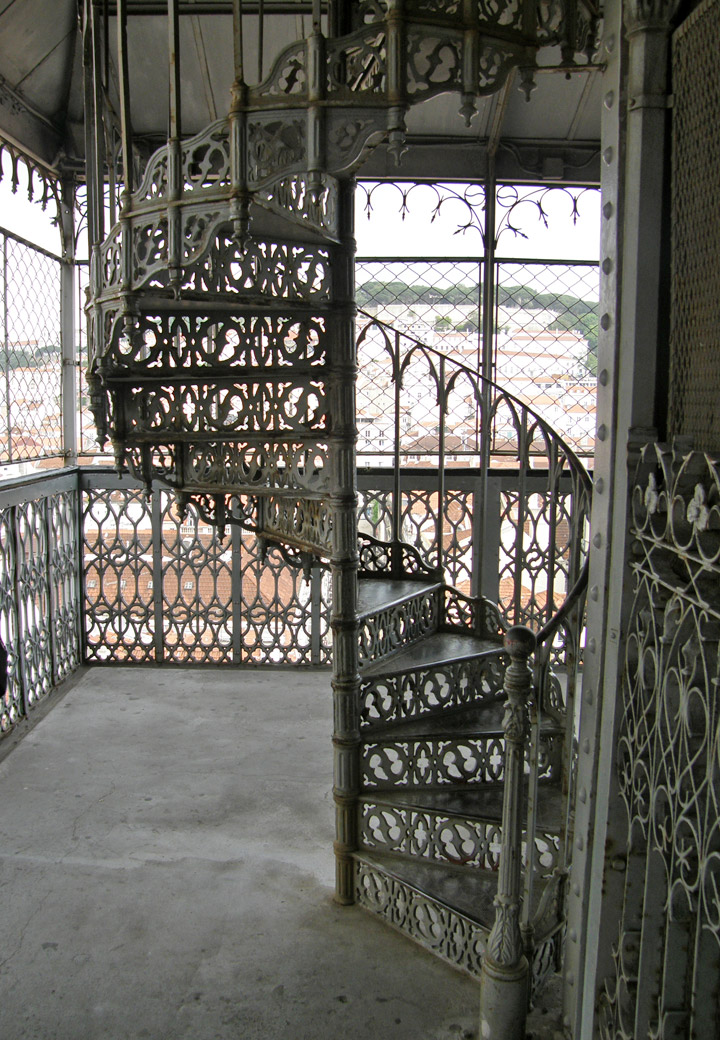 stairs to the observation deck 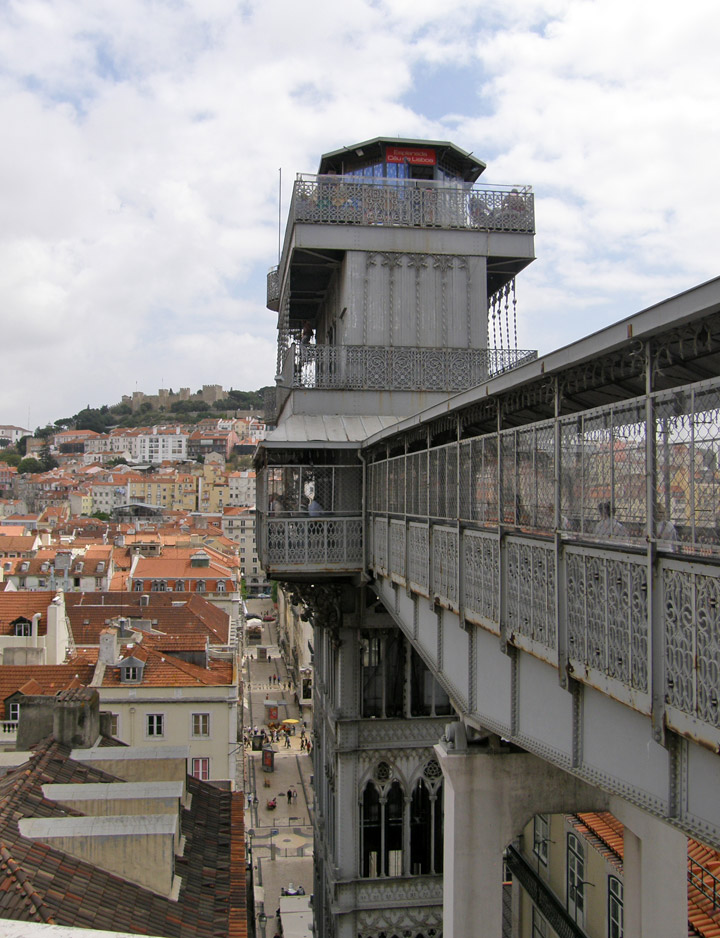 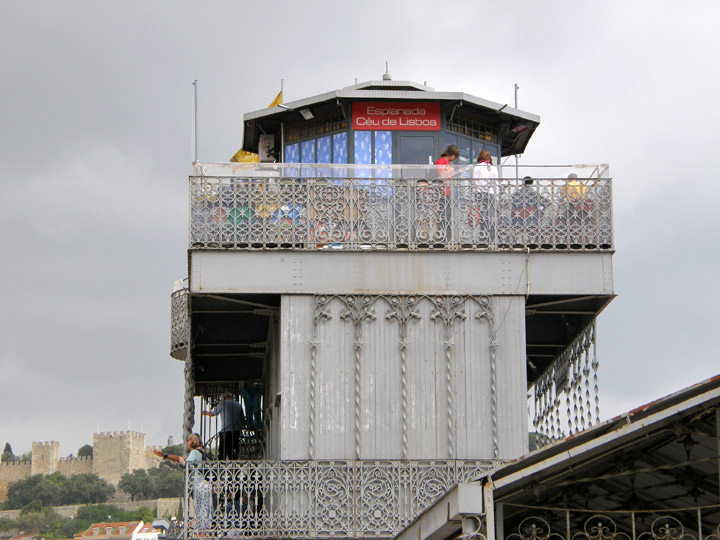 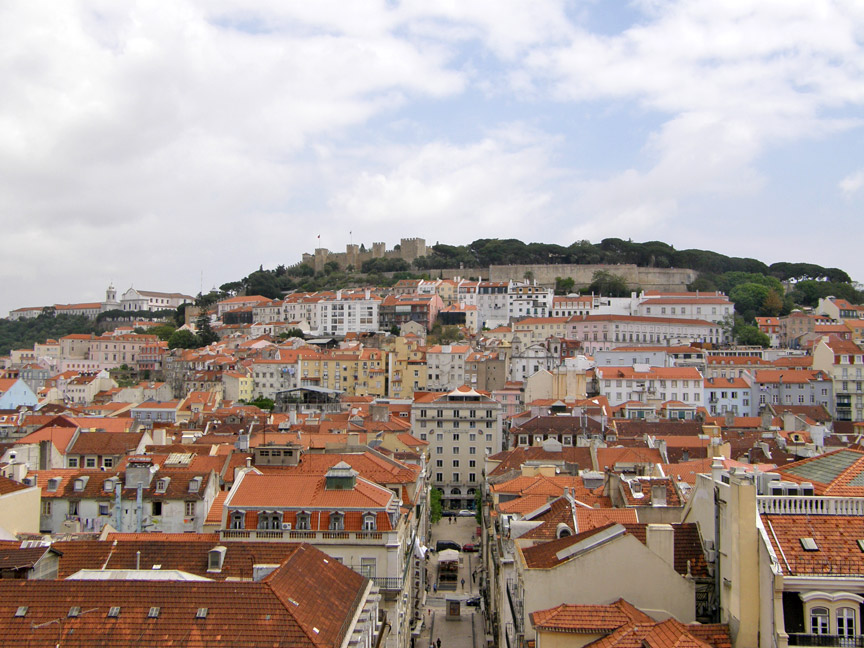 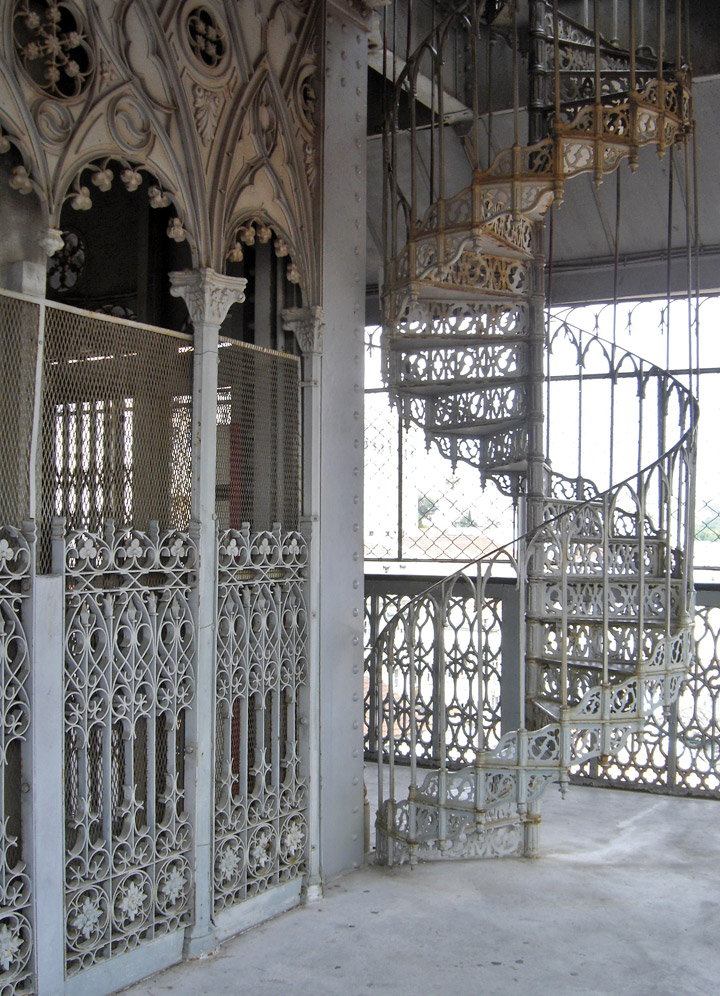 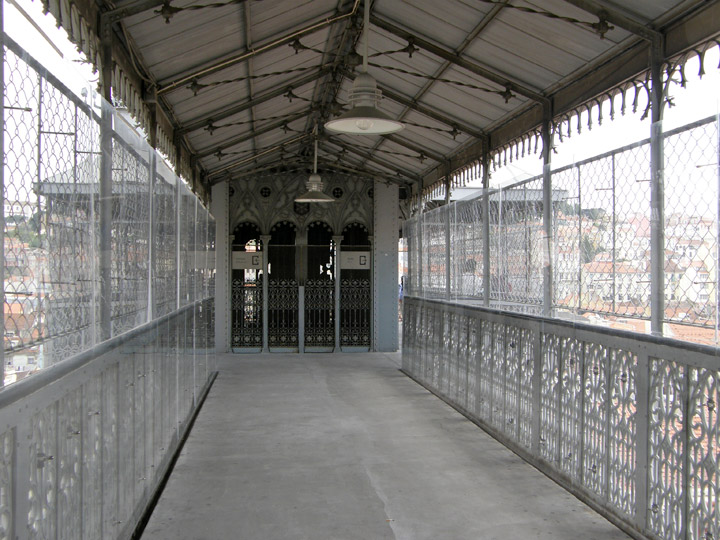 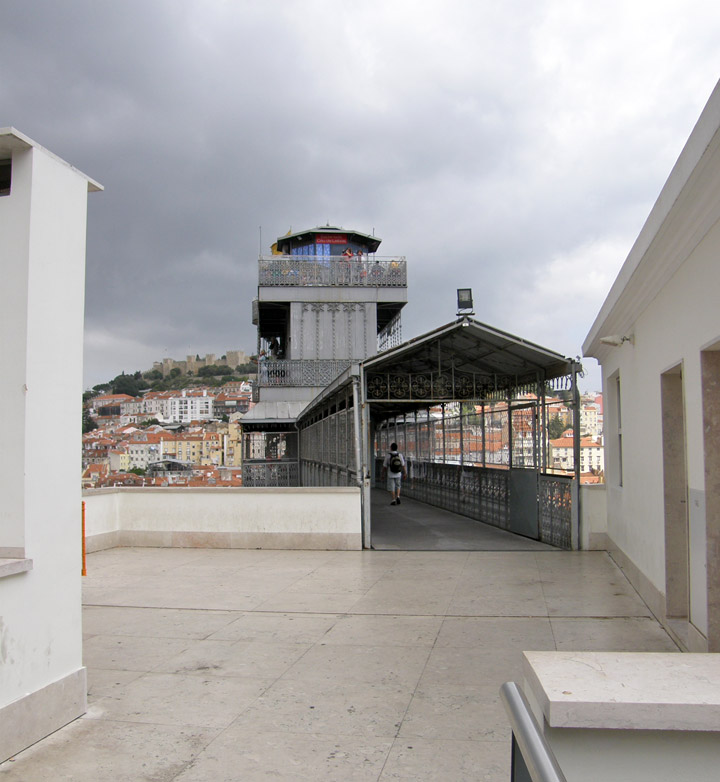 The lift has become a tourist attraction in Lisbon as, among the urban lifts in Lisbon, Santa Justa is the only vertical one. Others, including Elevador da Glória and Elevador da Lavra, are more like funiculars that help climb the slopes of Lisbon. 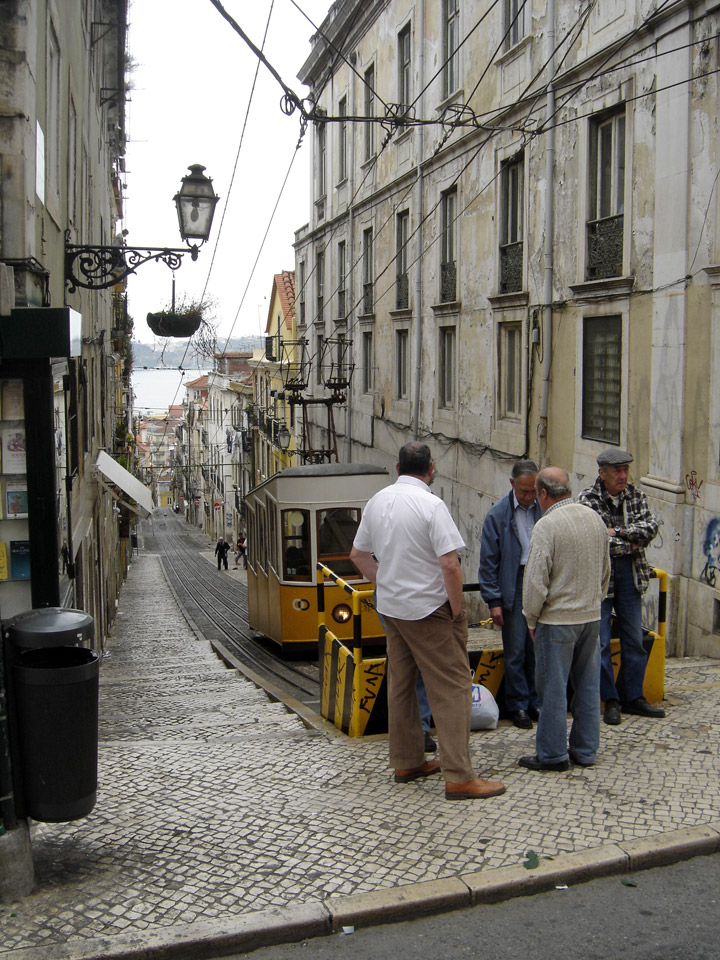 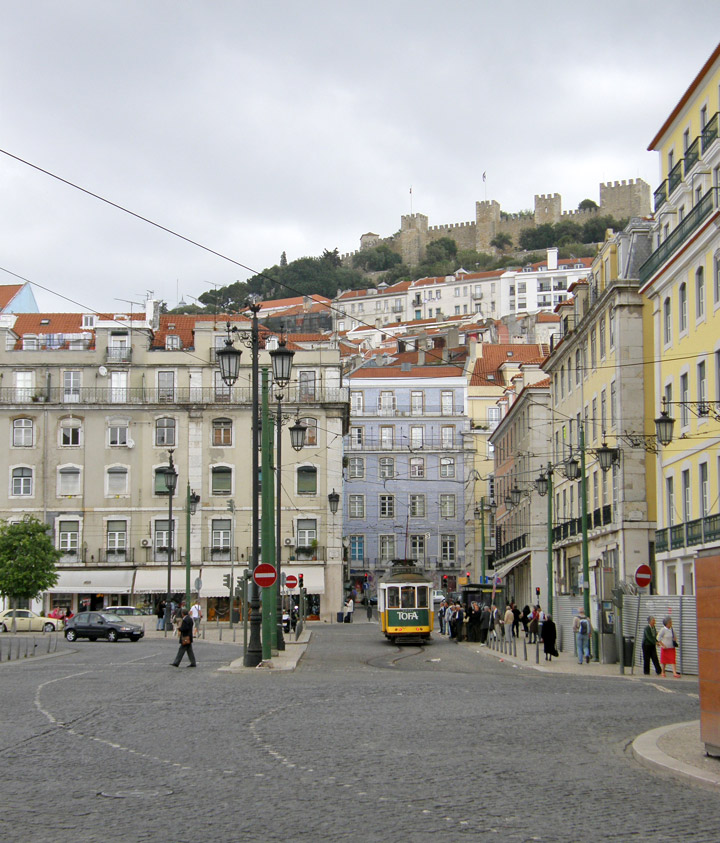 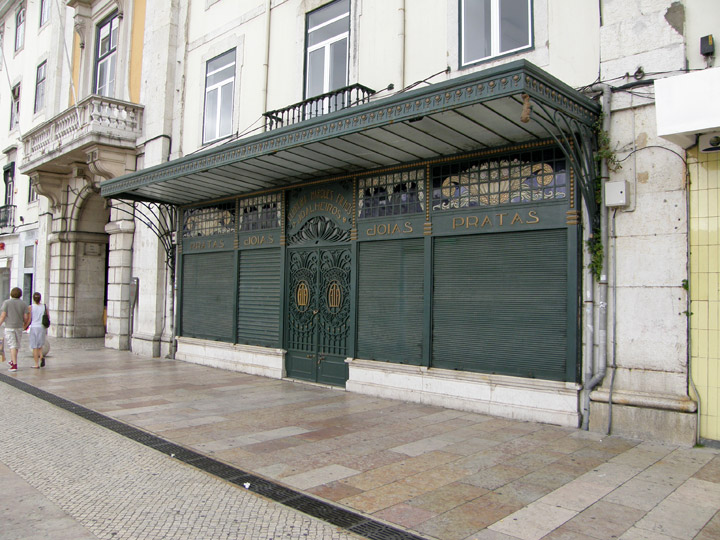