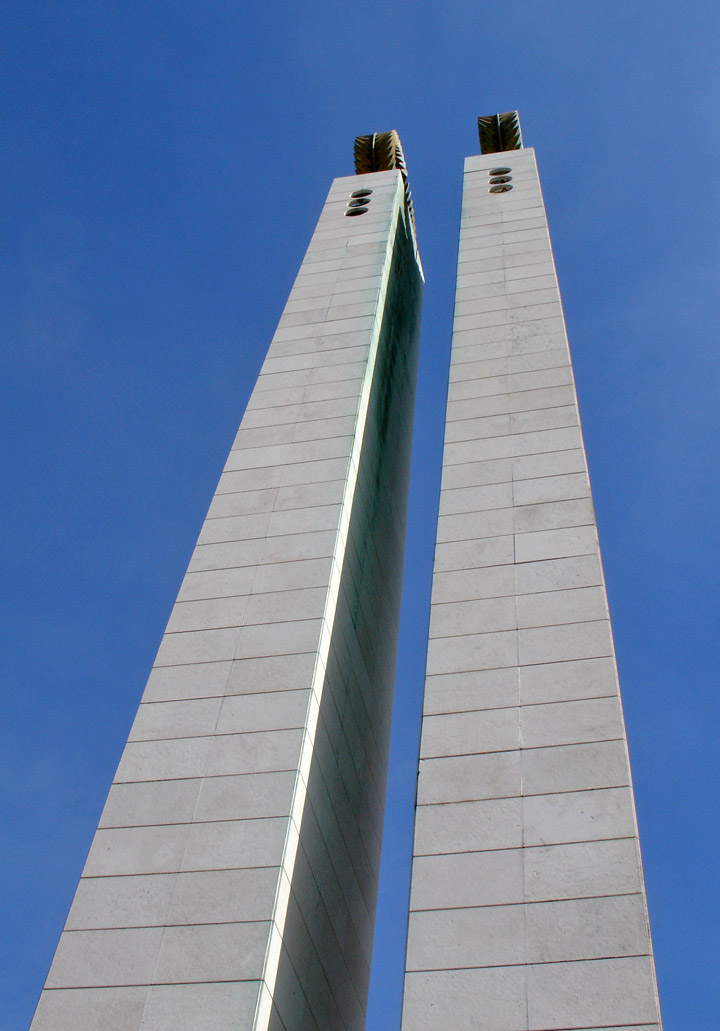 monument to the Carnation Revolution of April 25, 1974

The Carnation Revolution (Portuguese: Revolução dos Cravos) was an almost bloodless, leftist, military-led coup d'état, started on April 25, 1974, in Lisbon, Portugal, that effectively changed the Portuguese regime from an authoritarian dictatorship to a democracy after two years of a transitional period known as PREC (Processo Revolucionário Em Curso), characterized by social turmoil and power dispute between left and right wing political forces. 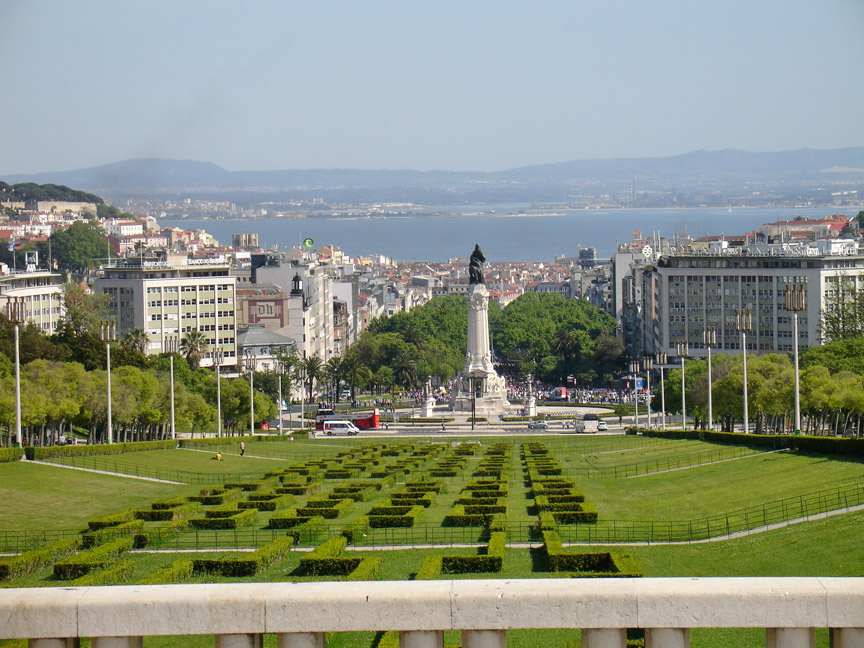 Although the government police, PIDE, killed four people before surrendering, the revolution was unusual in that the revolutionaries did not use direct violence to achieve their goals. The population, holding red carnations (cravos in Portuguese), convinced the regime soldiers not to resist. The soldiers readily swapped their bullets for flowers. It was the end of the Estado Novo, the longest authoritarian regime in Western Europe. 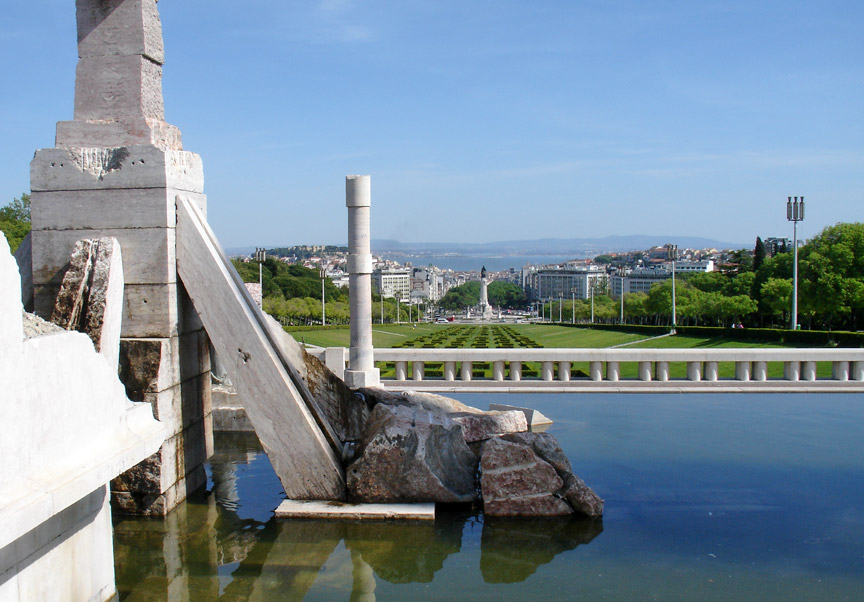 In the beginning of the 1970s, the authoritarian regime of the Estado Novo ("New State") continued to weigh heavily on the country, after a half-century of rule under President of the Council of Ministers António de Oliveira Salazar. After the military coup of May 28, 1926, Portugal implemented an authoritarian regime of social-Catholic and Integralist inspiration. In 1933, the regime was recast and renamed Estado Novo ("New State"), and Oliveira Salazar was named as President of the Council of Ministers until 1968, when he suffered a stroke following a domestic accident. He was replaced by Marcelo Caetano in September who served as President of the Council of Ministers (Prime Minister) until he was deposed on April 25, 1974. 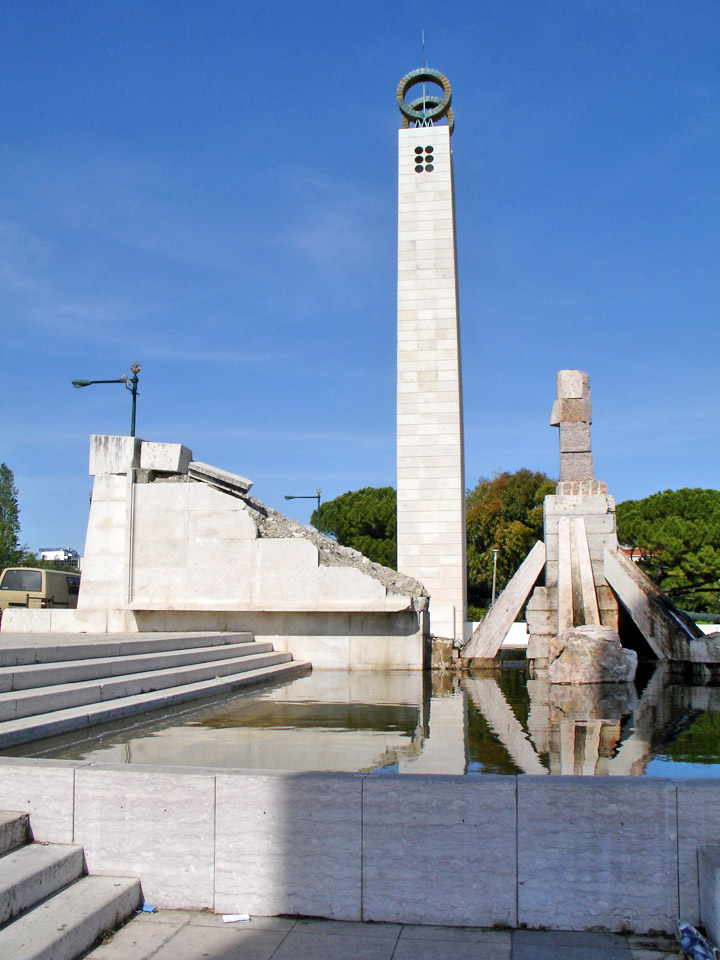 Under the Estado Novo, Portugal's undemocratic government was tolerated by its NATO partners for its anti-communist nature; this attitude changed dramatically during the mid-sixties, under pressure of public opinion and left wing movements rising in Europe. There were formal elections but they were rarely contested - with the opposition using the limited political freedoms allowed during the brief election period to openly protest against the regime, before withdrawing their candidates before the election so as not to provide the regime with any legitimacy. In 1958, General Humberto Delgado - a former member of the regime - stood against the regime's presidential candidate, Américo Tomás, and refused to allow his name to be withdrawn from the competition. Tomás won the election, but only amidst claims of widespread electoral fraud that denied Delgado of his 'legitimate' victory. Immediately after this election, Salazar's government abandoned the practice of popularly electing the president, with that task being given thereafter to the regime-loyal National Assembly. During Caetano's time in office, his attempts at minor political reform were obstructed by the important Salazarist elements within the regime (known as the Bunker). The Estado Novo's political police — the PIDE (Polícia Internacional e de Defesa do Estado), later to become DGS (Direcção-Geral de Segurança), and originally the PVDE (Polícia de Vigilância e Defesa do Estado) — persecuted opponents of the regime, who were often tortured, imprisoned or killed. 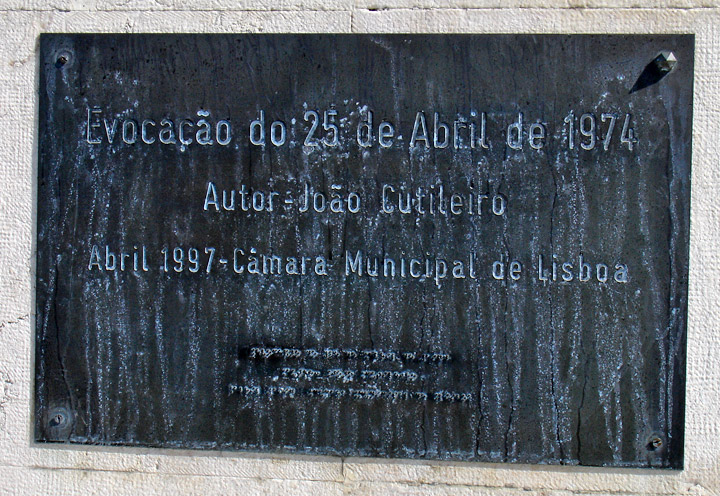 The International context was not favourable to the Portuguese regime. The Cold War was near its peak, and both Capitalist and Communist-bloc nations were supporting the guerrillas in the Portuguese colonies, attempting to bring these under, respectively, American and Soviet influence (see Portuguese Colonial War). The intransigence of the regime and the desire of many colonial residents to remain under Portuguese rule led to a delayed decolonisation process, in the case of Angola and Mozambique, nearly 20 years. 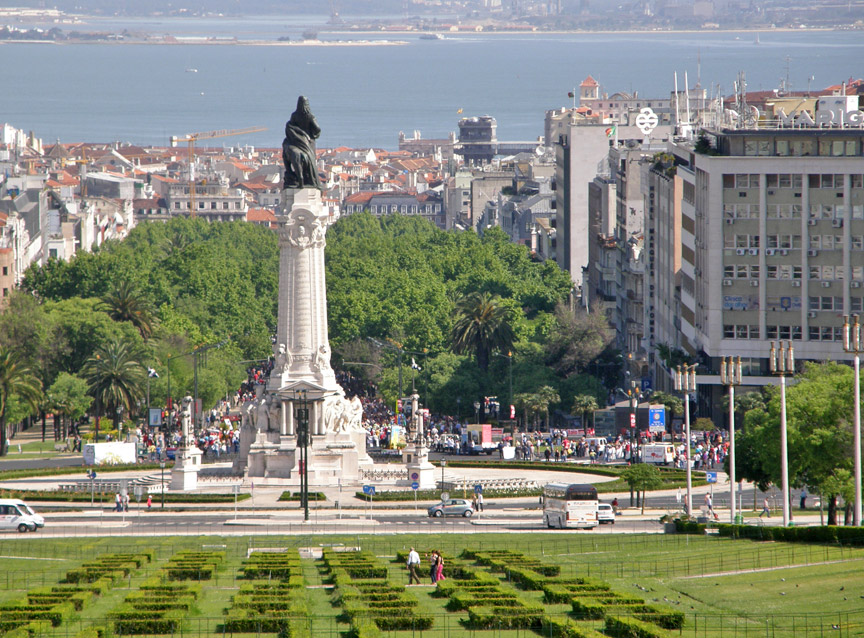 Unlike other European colonial powers, Portugal had long-standing and close ties to its African colonies. In the view of many Portuguese, a colonial empire was necessary to continued national power and influence. In contrast to Britain and France, Portuguese colonial settlers had extensively inter-married and assimilated within the colony over a period of 400 years. Despite objections in world forums such as the United Nations, Portugal had long maintained that its African colonies were an integral part of Portugal, and felt obliged to militarily defend them against Communist-inspired armed groups, particularly after India's unilateral and forcible annexation of Portuguese exclaves Goa, Daman and Diu, in 1961. 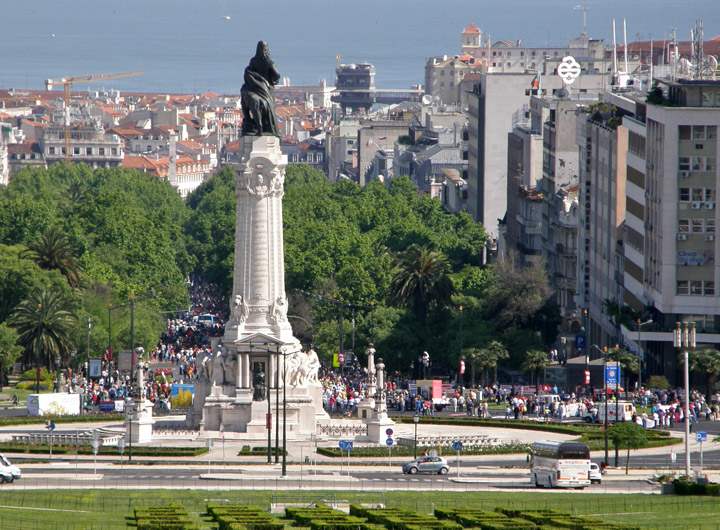 Independence movements in the African colonies — Mozambique, Angola, Portuguese Guinea, São Tomé and Príncipe, and Cape Verde — all eventually manifested some form of armed guerrilla resistance. Except in Portuguese Guinea, these armed guerrilla forces were easily contained by Portuguese counterinsurgency forces and home defense militia, despite various arms embargoes against Portugal. Nevertheless, the various conflicts forced the Salazar and subsequent Caetano regimes to spend more of the country's budget on colonial administration and military expenditures, and Portugal soon found itself increasingly isolated from the rest of the world. After Caetano succeeded to the presidency, colonial war became a major cause of dissent and a focus for anti-government forces in Portuguese society. Many students and anti-war activists were forced to leave the country so they could escape imprisonment and torture by government forces. 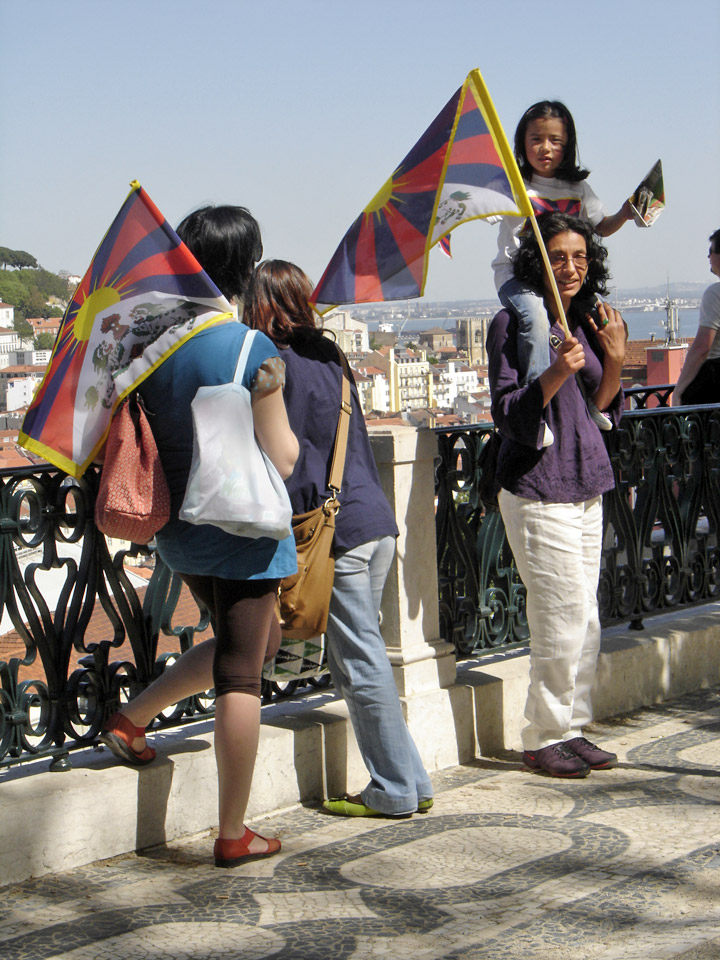 Economically, the regime maintained a policy of corporatism that resulted in the placement of a big part of the Portuguese economy in the hands of a few industrial groups. However, the economy was growing strongly, especially after the late 1950s, and Portugal co-founded EFTA, the OECD and NATO. In fact, despite the cost of the Colonial war - the Portuguese economy was growing at much faster annual rate than the rest of Western Europe and was averaging an impressive 6% annual growth. It was rapidly catching up with its wealthier neighbours in Europe. It would take almost 20 years for Portugal to reach the same level of parity of GDP compared to its Western European neighbours as it had prior to the revolution. 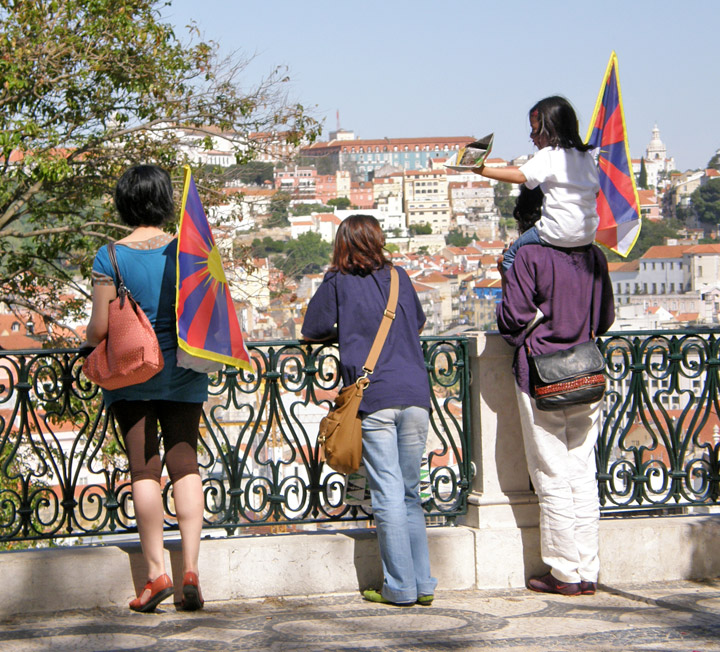 In February 1974, Caetano determined to remove General António Spínola in the face of increasing dissent by Spinola over the promotion of military officers and the direction of Portuguese colonial policy. At this point, several left-wing military officers who opposed the war formed a conspiracy - the Movimento das Forças Armadas (MFA, "Armed Forces Movement"), to overthrow the government by military coup. The MFA was headed by Otelo Saraiva de Carvalho and joined by Salgueiro Maia. The movement was significantly aided by other officers in the Portuguese army who supported Spinola and democratic civil and military reform. Some observers have speculated that Costa Gomes actually led the revolution. 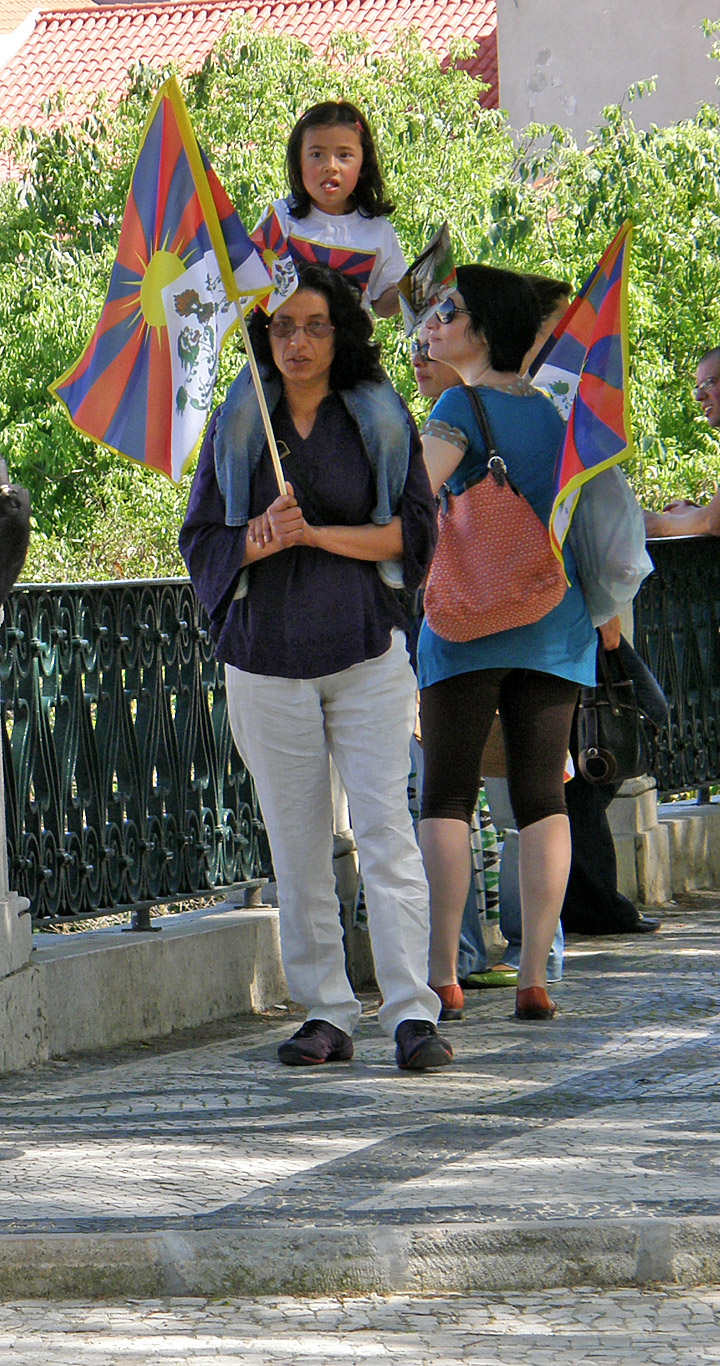 There were two secret signals in the military coup: first the airing of the song E depois do adeus by Paulo de Carvalho, Portugal's entry in the 6th of April 1974 Eurovision Song Contest, which alerted the rebel captains and soldiers to begin the coup. Next, on April 25, 1974 at 12:15 am, the national radio broadcast Grândola, Vila Morena, a song by Zeca Afonso, a progressive folk singer forbidden on Portuguese radio at the time. This was the signal that the MFA gave to take over strategic points of power in the country and "announced" that the revolution had started and nothing would stop it except "the possibility of a regime's repression". 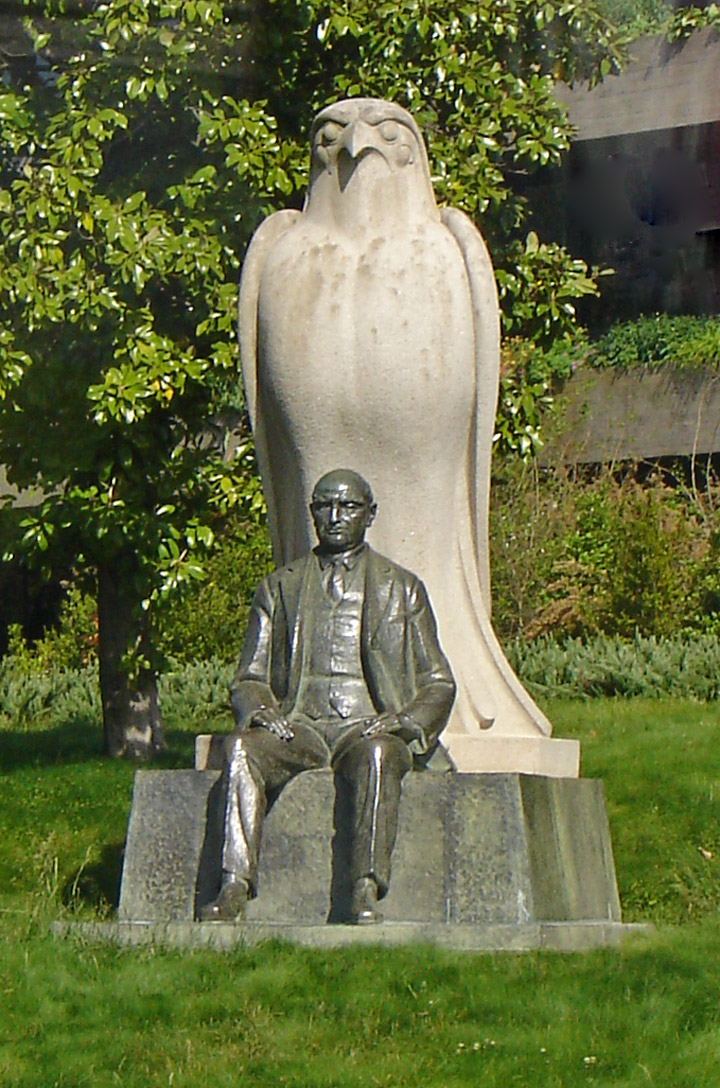 Six hours later, the Caetano regime relented. Despite repeated appeals from the "captains of April" (of the MFA) on the radio inciting the population to stay at home, thousands of Portuguese descended on the streets, mixing themselves with the military insurgents. One of the central points of those gathering was the Lisbon flower market, then richly stocked with carnations, which were in season. Some military insurgents would put these flowers in their gun-barrels, an image which was shown on television around the world. This would be the origin of the name of this "Carnation revolution". To clarify the above context, this was not a popular revolution but a military coup- there were no mass demonstrations by the general population prior to the coup. 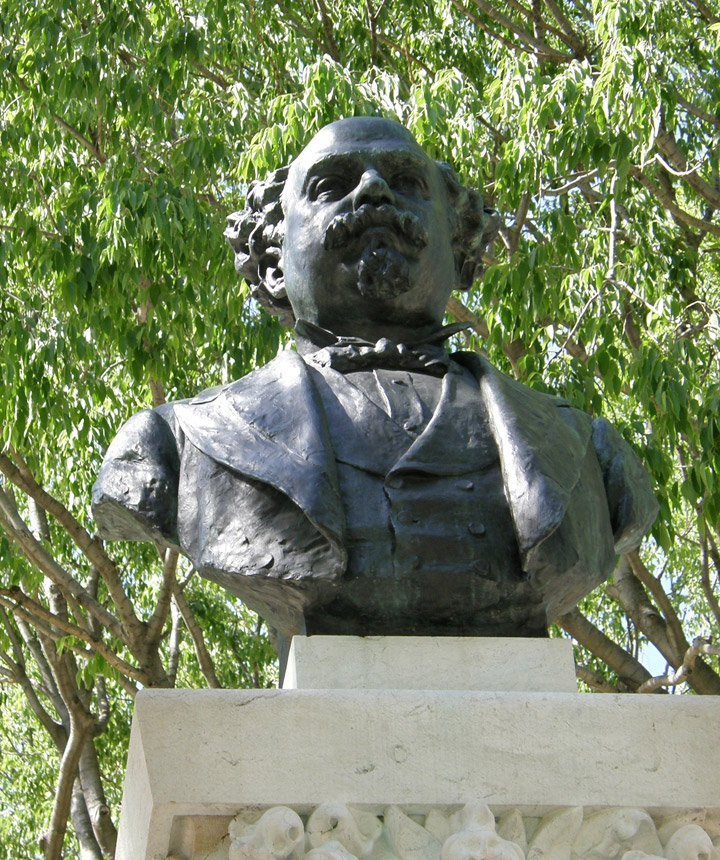 Caetano found refuge in the main Lisbon military police station at the Largo do Carmo. This building was surrounded by the MFA, which pressured him to cede power to General Spínola. Both Caetano (the prime minister) and Américo Tomás (the President) fled to Brazil. Caetano spent the rest of his life in Brazil, while Tomás returned to Portugal a few years later. 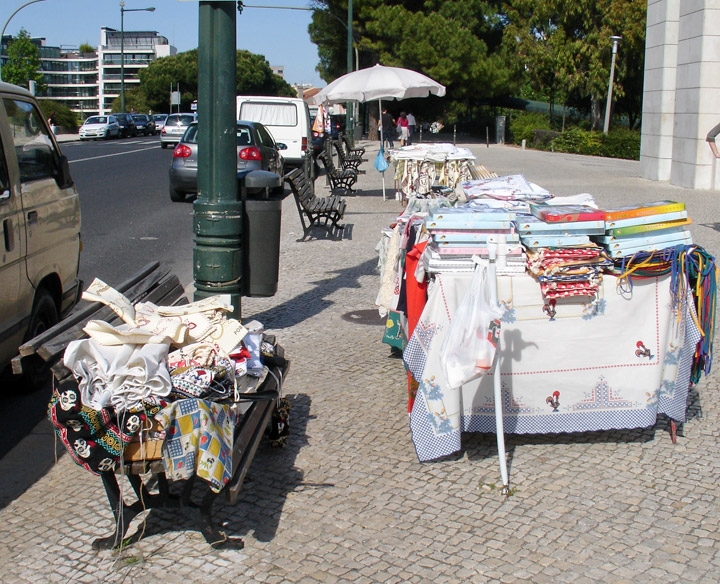 textiles for sale to the visitors

The revolution was closely watched from neighboring Spain, where the government and opposition were planning for the succession of Francisco Franco, who died a year later, in 1975.