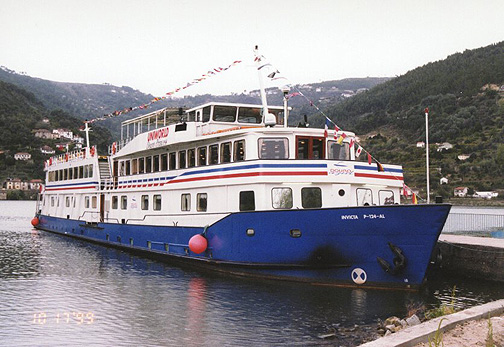 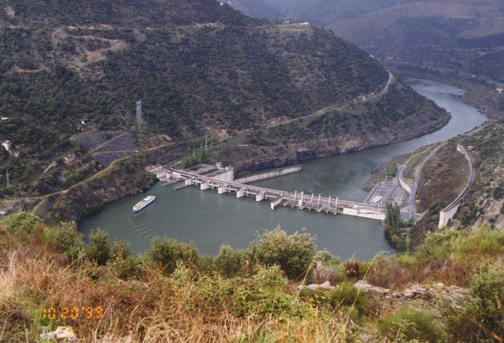 took us through the locks in the dams 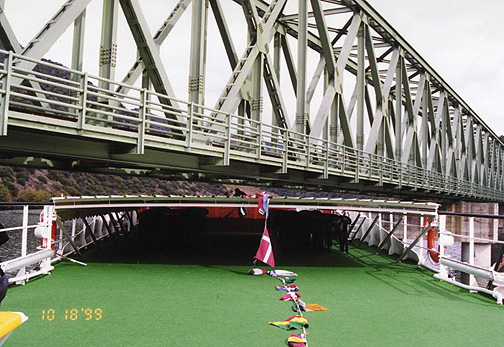 On the Cruise we learned

The story of PORT WINE

For thousands of years, foreign aficionados have cherished the wine that is grown in northeast Portugal on the mountainsides along the Douro River. As far back as the first century B.C., the Greek historian, Polybius, in his Land of Wine, noted that this wine sold at one draclima for a matreta (27 liters). At the time of the Caesars, the Romans, who occupied the region, introduced treading troughs and clay amphoras for making and aging the wine. Viticylture became so popular that the Emperor Domitiaii had to order the number of vineyards reduced by half to keep a balance with other agricultural products. 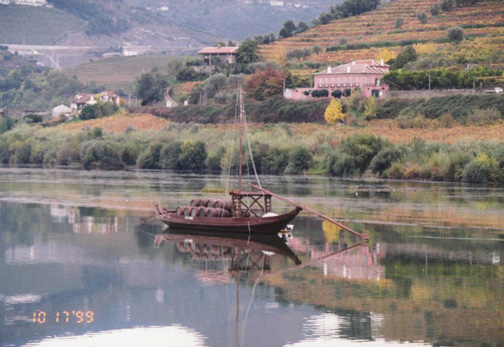 Wine Cultivation thrived during the Visagoth domination and survived the Moorish occupation of the 8th to 12th centuries. From 1143, when Portugal became an independent kingdom, Douro wine was often mentioned in royal decrees, and by the 13th century it was shipped down the Douro River to the coastal town of Porto, and exported as far afield as Holland. 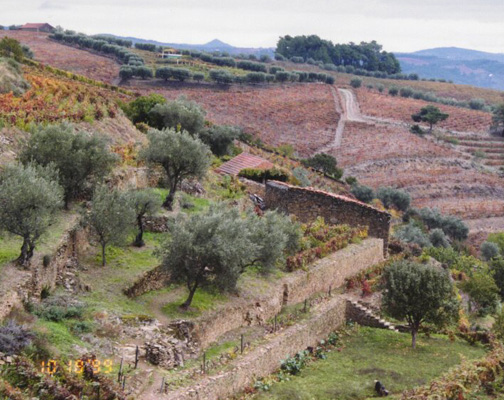 The Portuguese historian, joão de Barros, in his Geografia of 1 548, cites the quality of various wine locations from one end of the Douro to the other, enthusing that wonderful wines are harvested in the Douro, whence they are shipped to the city of Porto.o.

By the beginning of the 17th century as many as 1,200,000 cases reached Porto each year, and in 1638 a German diplomat named Cristiano Kopke founded a Douro wine shipping company that is still in existence today. In 1675 wine destined for Holland was called for the first time by its modern name: Porto. Although, by law, only wine produced in Portugal may be called Porto, other countries accept and respect its translation (Port or Port Wine). 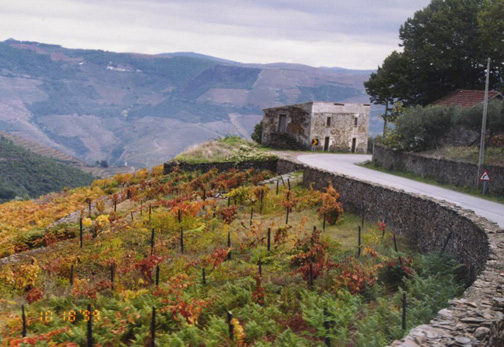 There was a flourishing English colony in the city of Viana do Castelo, 50 miles north of Porto, in the early 1 7th century. There, British merchants imported woolen goods from England, and exported agricultural products and a light, crisp coastal wine now called "Red Vinho Verde." Not popular with the British gentry, it was used as "sailors rations." 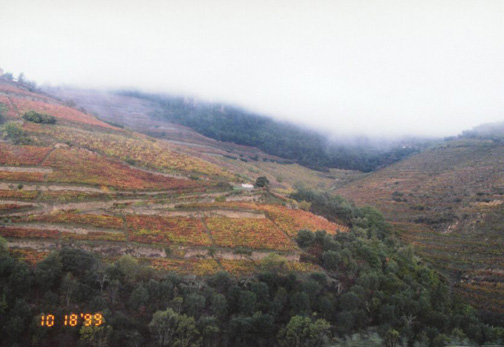 vineyards in the mist

When political problems arose between France and England in the 1660s, Bordeaux, the wine of choice of the well-bred Englishman, became virtually impossible to obtain. The Viana merchants tried to market their "sailor" wine as a substitute, but in vain. They next proffered the richer, more aromatic Porto wines from the Douro and met with such success, that they changed the center of their activities to the town of Porto. The first English Porto firm was Warre in 1 670, followed by Croft, Quales-Harris and, by the end of the century, Taylor-Fladgate. Many others were founded in subsequent centuries. 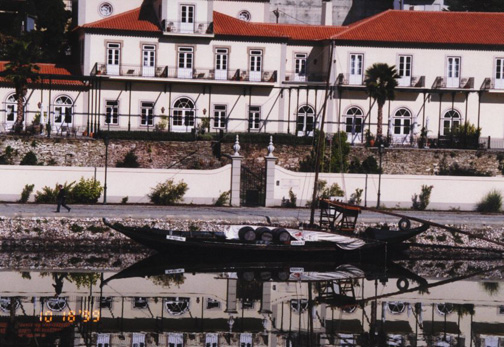 Porto became the favorite wine of the Whig party and in 1689, in the presence of Catherine of Braganza, the Portuguese widow of Charles II.   Porto was used to toast William and Mary at their coronation.   Dr. Samuel Johnson subsequently claimed that "Claret is the liquor for boys, and Port for men" and John Croft that "any Englishman of decent condition... cannot dispense with it .... " 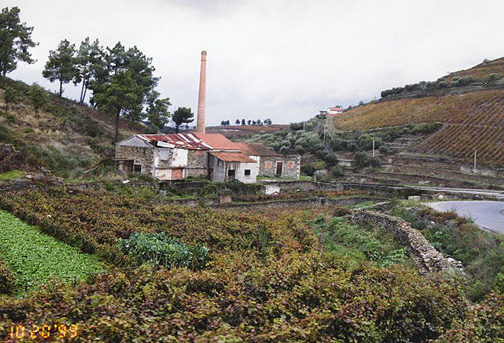 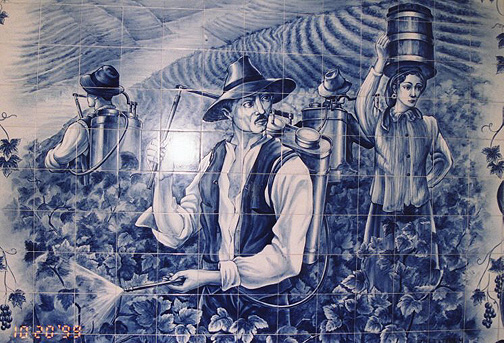 Story of wine in Portuguese tile
(spraying the vines)

This rapid rise in popularity led to abuses and falsifications until in the 1740s, to meet demand, growers and shippers were adding elderberry juice and wines from distant regions to the pure product. A consequent loss in quality caused a loss in demand, and the number of cases shipped plummeted to 750,000 by the end of the decade. This prompted the Portuguese authorities, in 1756, to found a "Companhia Geral da Agricultura dos Vinhos do Alto Douro", to control all aspects of production. The exact boundaries of the Douro region, and strict regulations to insure the authenticity of the wine, were set by 1761. These pioneering measures led to unprecedented quality control, and provided a model for the demarcation of wine regions in other countries. Shipments to England consequently rose to a spectacular 3,500,000 cases by
1799. 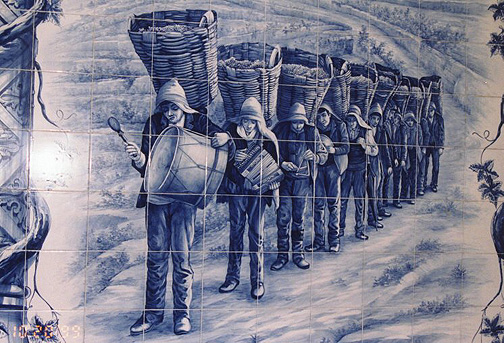 Today, control is better than ever. The Porto Wine Institute in Porto, and the Casa do Douro in Régua, both founded in 1933, oversee every aspect from the vine to the consumer. 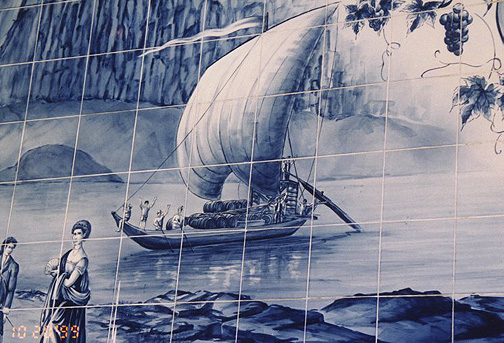 Ironically, the French, who were indirectly responsible for the English infatuation with Porto, in the late 20th century drink three times as much Porto as the English - more than any other nation.