The Praça do Comércio : Commerce Square is located in the city of Lisbon, Portugal. Situated near the Tagus river, the square is still commonly known as Terreiro do Paço ; Palace Square), because it was the location of the Royal Ribeira Palace (Paços da Ribeira) until it was destroyed by the great 1755 Lisbon Earthquake. After the earthquake, the square was completely remodelled as part of the rebuilding of the Pombaline Downtown ordered by the Marquis of Pombal.

Urban development of the banks of the Tagus (the Ribeira) was given a definitive impulse in the early 1500s, when King Manuel I built a new royal residence - the Ribeira Palace - by the river, outside the city walls. The area was further developed with the building of a port, ship building facilities (the Ribeira das Naus), the Casa da India and other administrative buildings that regulated the commerce between Portugal and other parts of Europe and its colonies in Africa, Asia and America. 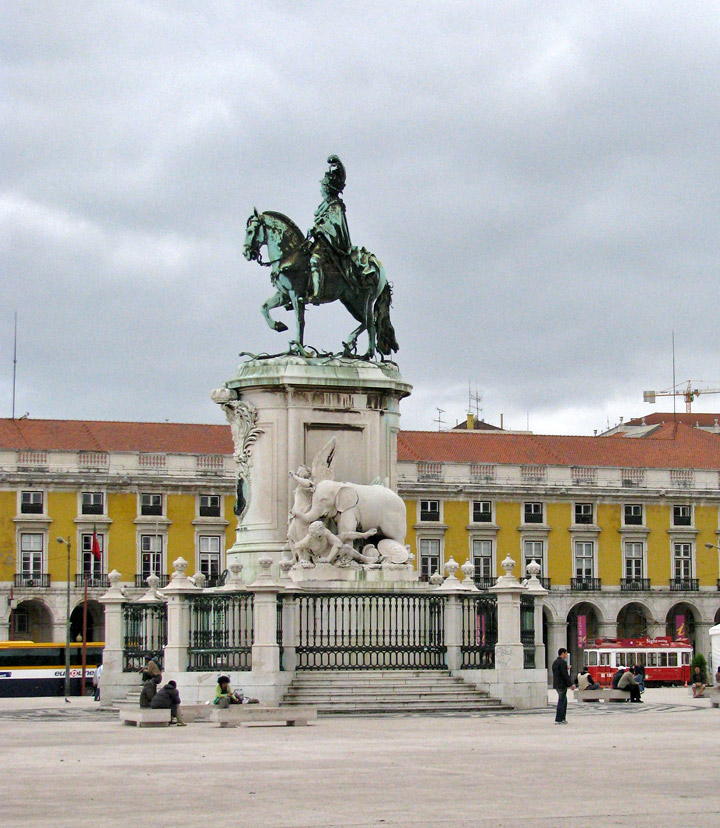 Statue of King José I, by Machado de Castro (1775). The King on his horse is symbolically crushing snakes on his path.

On November 1, 1755, during the reign of King José I, a great earthquake followed by a tsunami and fire destroyed most of Lisbon, including the Ribeira Palace and other buildings by the river. José I's Prime Minister, the Marquis of Pombal, coordinated a massive rebuilding effort in the enlightened spirit of the time. The Royal Palace was not to be rebuilt, and the square was given a regular, rational arrangement in line with the reconstruction of the new Pombaline Downtown, the Baixa. 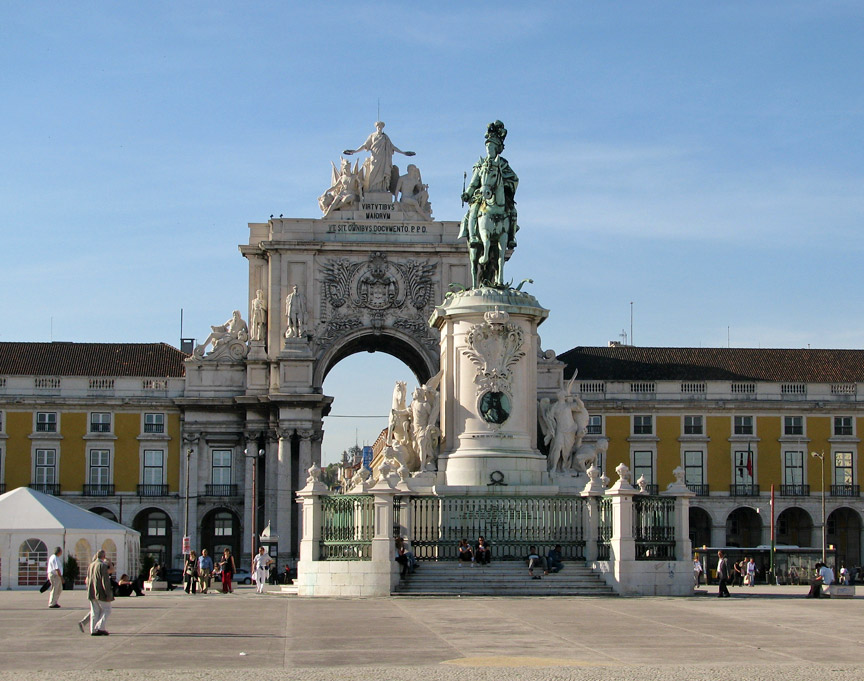 The large square (170 m by 170m) in front of the Ribeira Palace, called Terreiro do Paço (Palace Square), was rebuilt following the symmetrical design of Portuguese architect Eugénio dos Santos. He designed a large, rectangular square in the shape of an "U", open towards the Tagus river. The buildings have galleries on their ground floors, and the arms of the "U" end in two large towers, reminiscent of the monumental tower of the destroyed Ribeira Palace, still vivid in the architectonic memory of the city. His plan was realized almost completely, although decorative details were changed and the east tower of the square and the Augusta Street Arch were only finished in the 19th century. 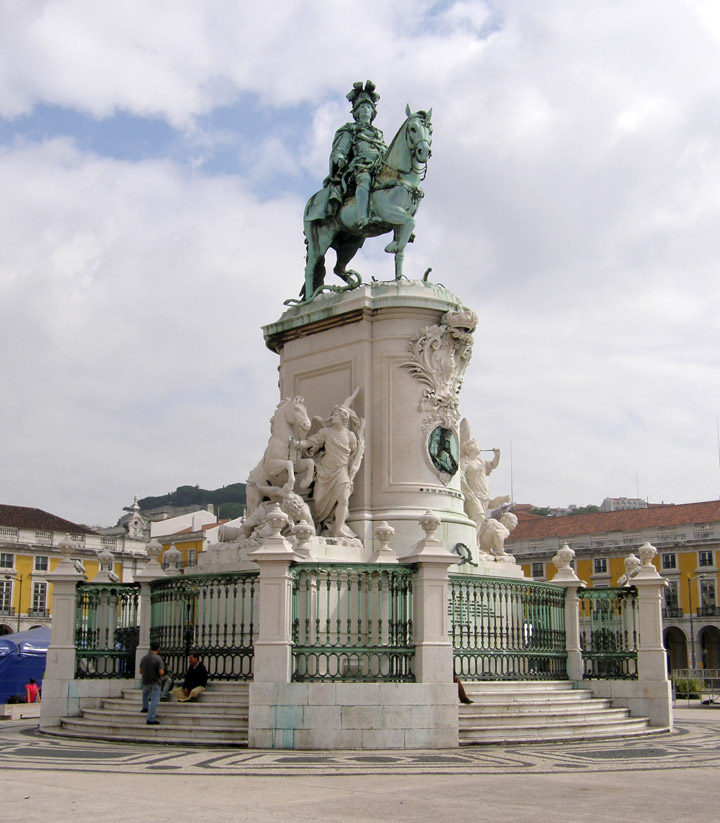 The square was named Praça do Comércio, the Square of Commerce, to indicate its new function in the economy of Lisbon. The symmetrical buildings of the square were filled with government bureaus that regulated customs and port activities. The main piece of the ensemble was the equestrian statue of King José I, inaugurated in 1775 in the centre of the square. This bronze statue, the first monumental statue dedicated to a King in Lisbon, was designed by Joaquim Machado de Castro, Portugal's foremost sculptor of the time. 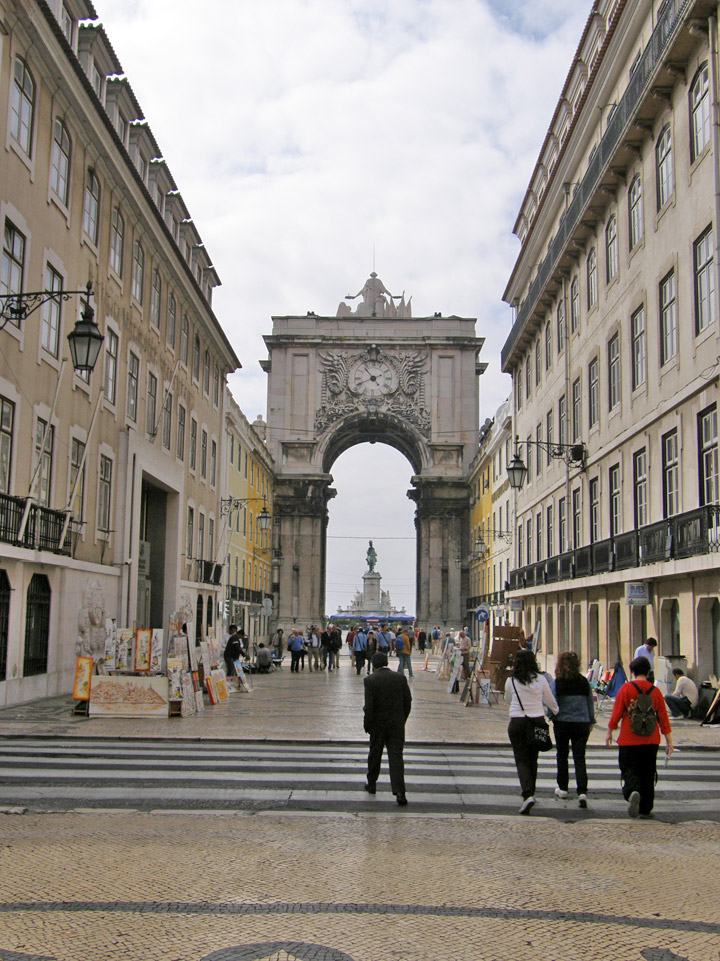 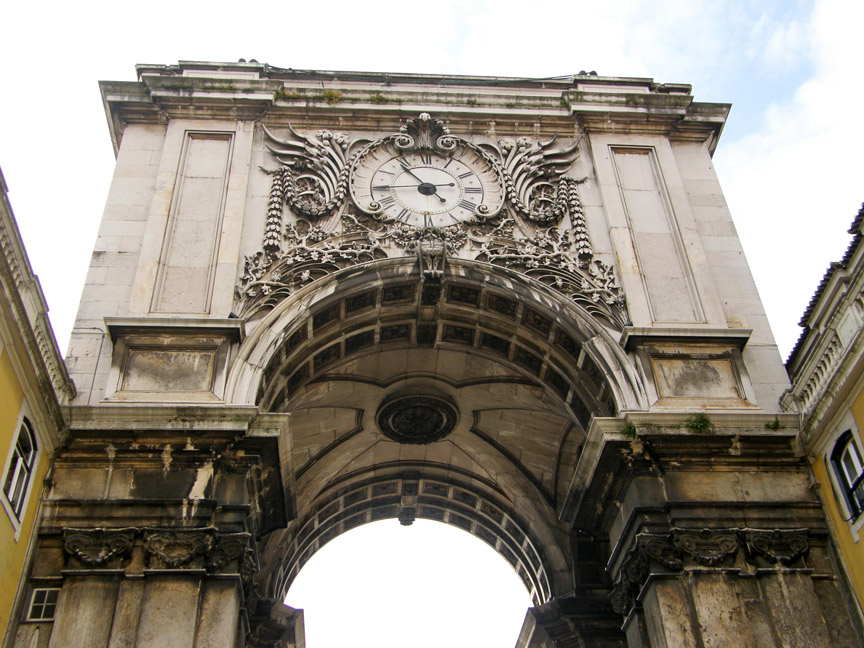 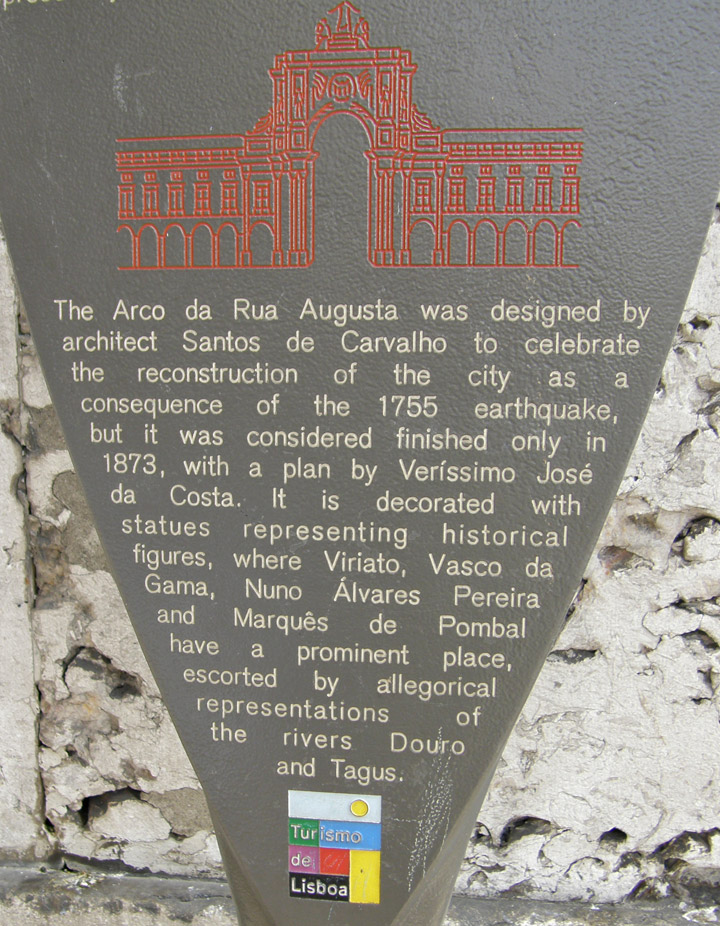 Opening towards the Augusta Street, which links the square with the other traditional Lisbon square, the Rossio, the original project by Eugénio dos Santos planned a triumphal arch, only realized in 1875. This arch, usually called the Arco da Rua Augusta, was designed by Veríssimo da Costa. It has a clock and statues of the Glory, Ingenuity and Valour (by the French sculptor Camels) and those of Viriatus, Nuno Álvares Pereira, Vasco da Gama and, of course, the Marquis of Pombal. 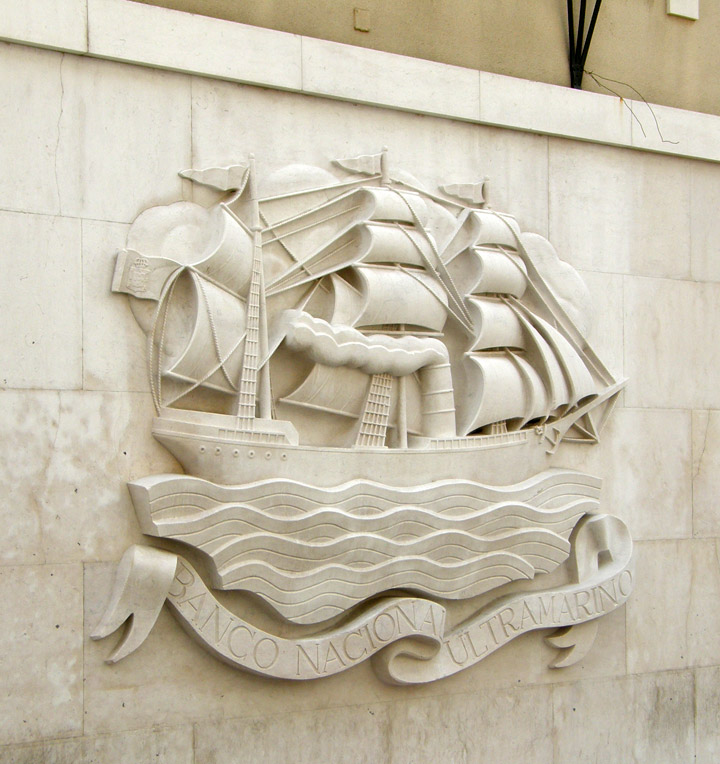 On February 1, 1908 the square was the scene of the assassination of Carlos I, the penultimate King of Portugal. On their way back from the palace of Vila Viçosa to the royal palace in Lisbon, the carriage with Carlos I and his family passed through the Terreiro do Paço. While crossing the square, shots were fired from the crowd by at least two men: Alfredo Costa and Manuel Buiça. The king died immediately, his heir Luís Filipe was mortally wounded, and Prince Manuel was hit in the arm. The assassins were shot on the spot by members of the bodyguard and later recognized as members of the Republican Party - which two years later overthrew the Portuguese monarchy. 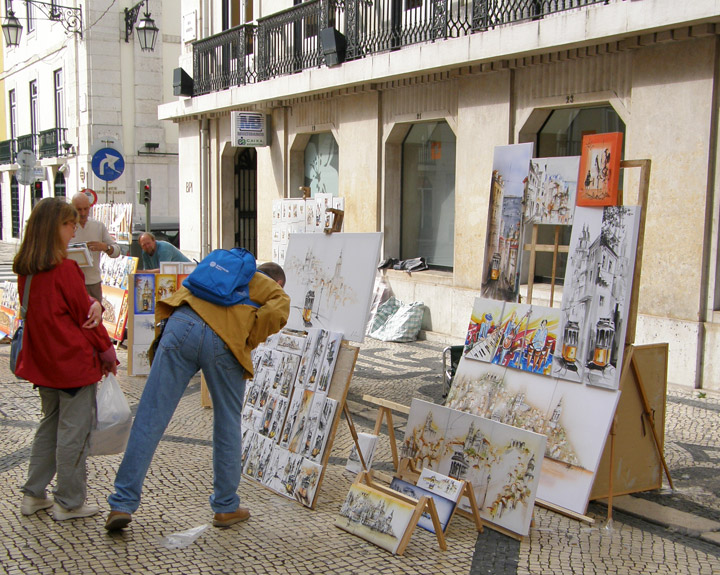 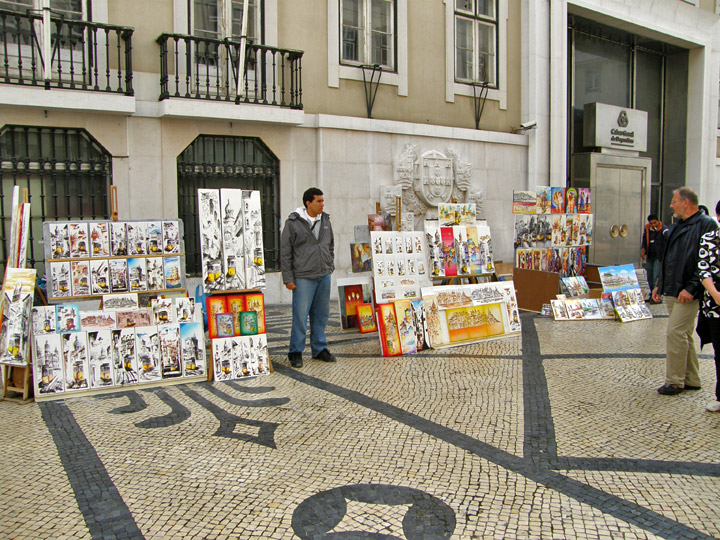 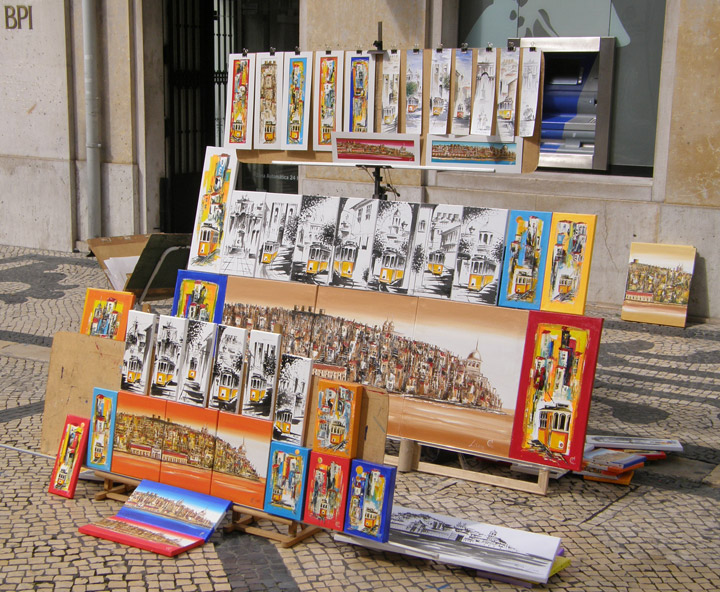 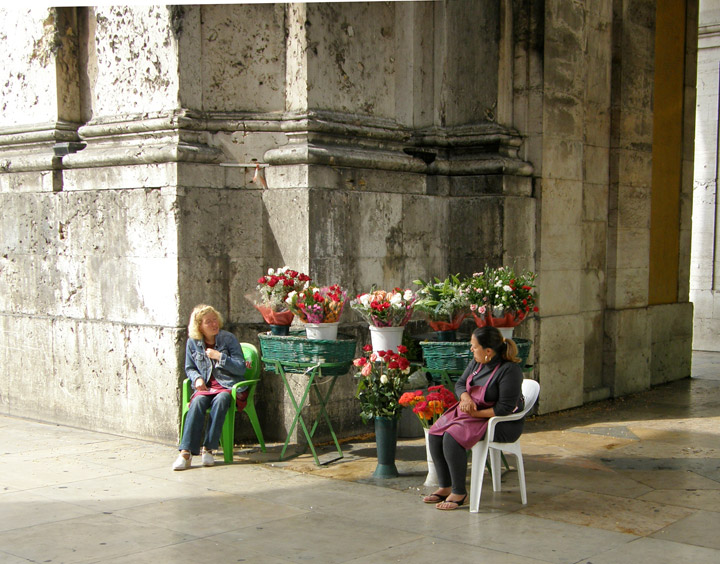 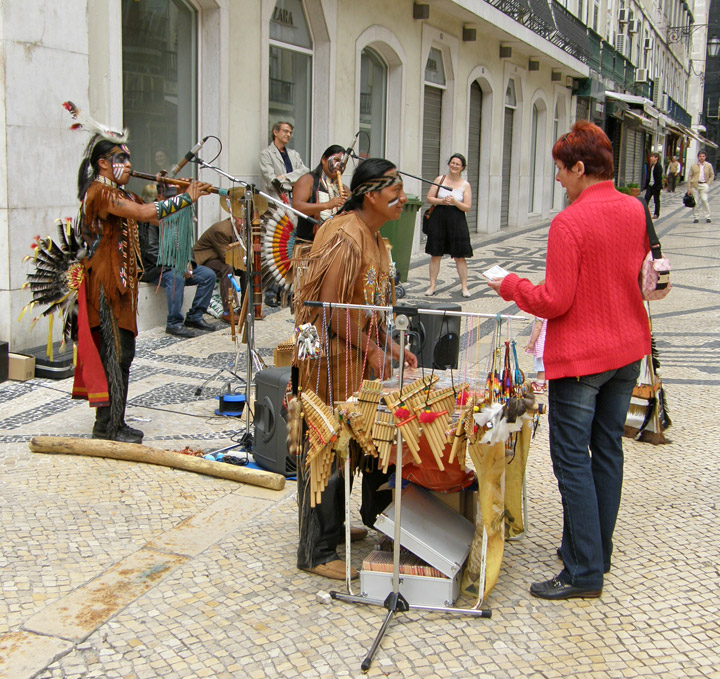 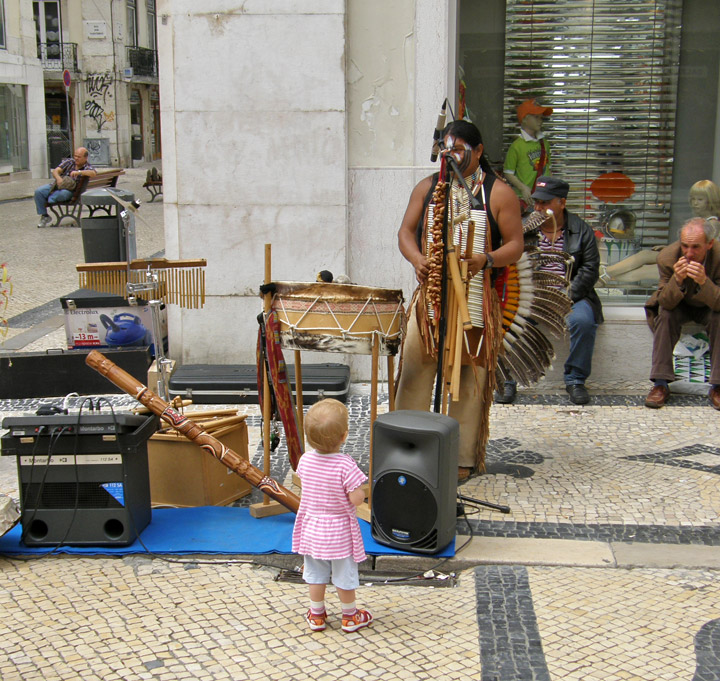 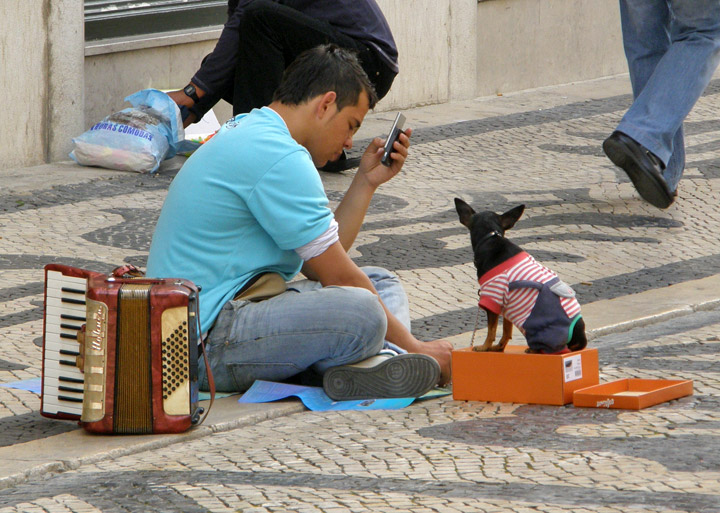 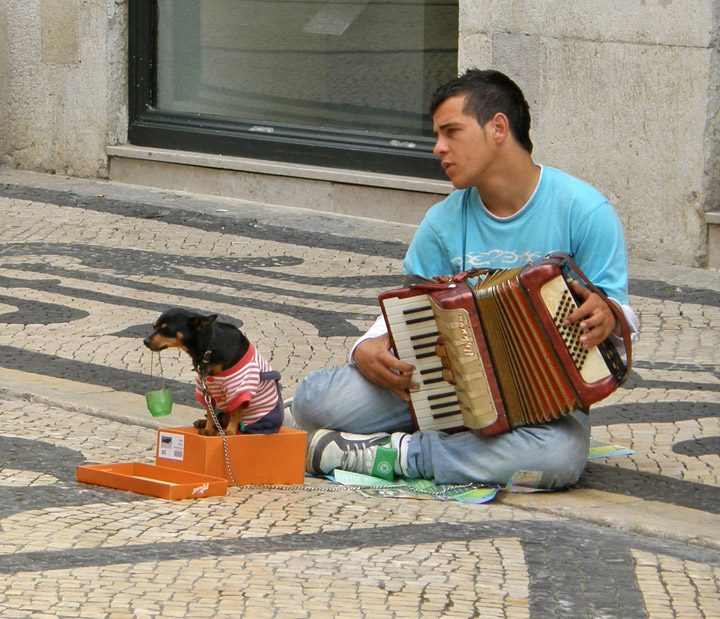 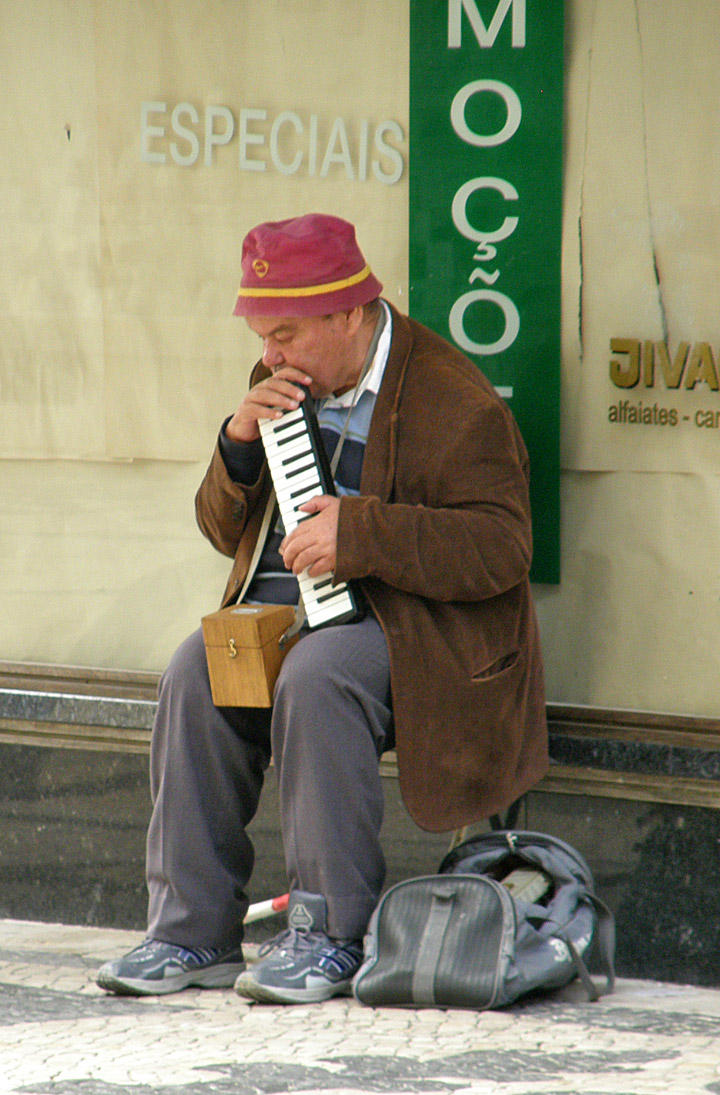 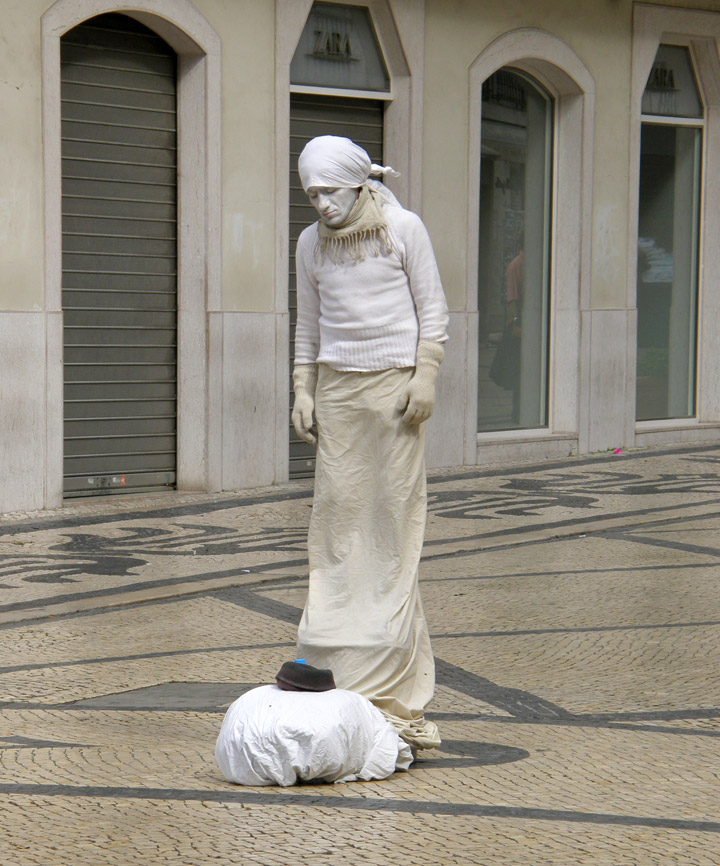 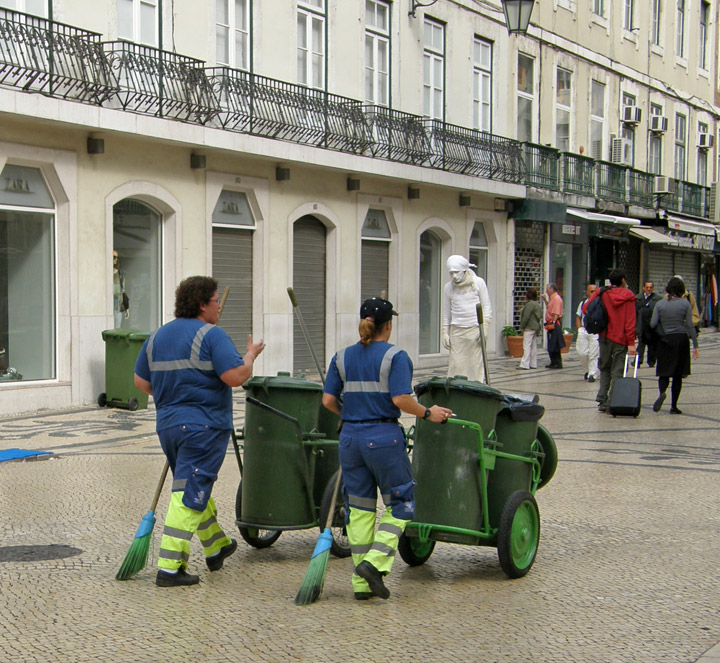 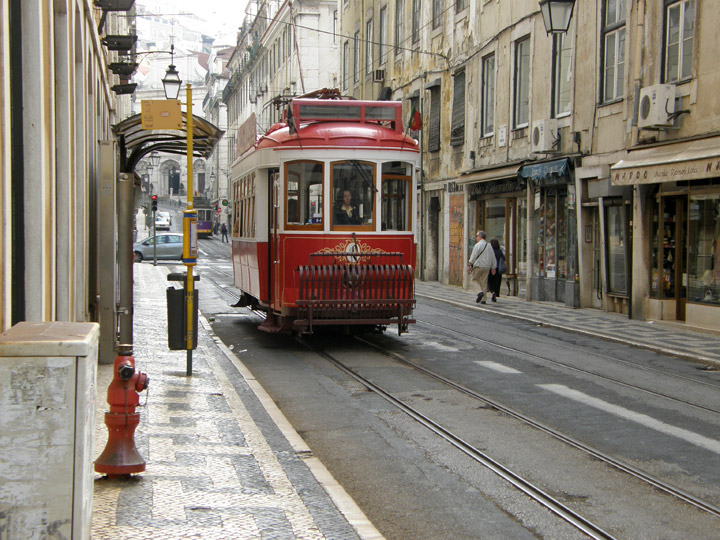 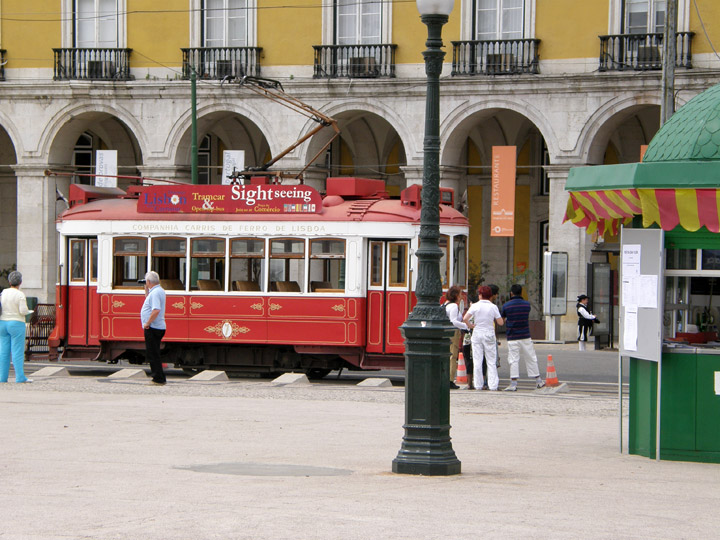 start your sightseeing at Commerce Square

Photos from my Trolley Tour 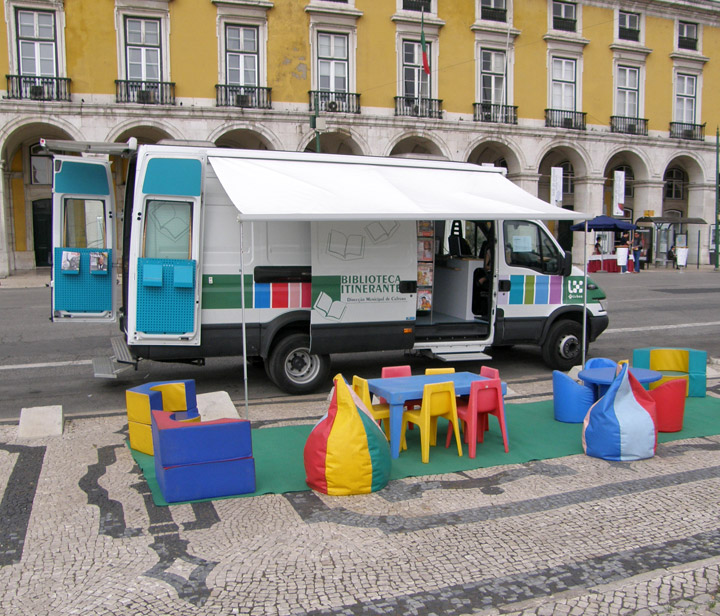 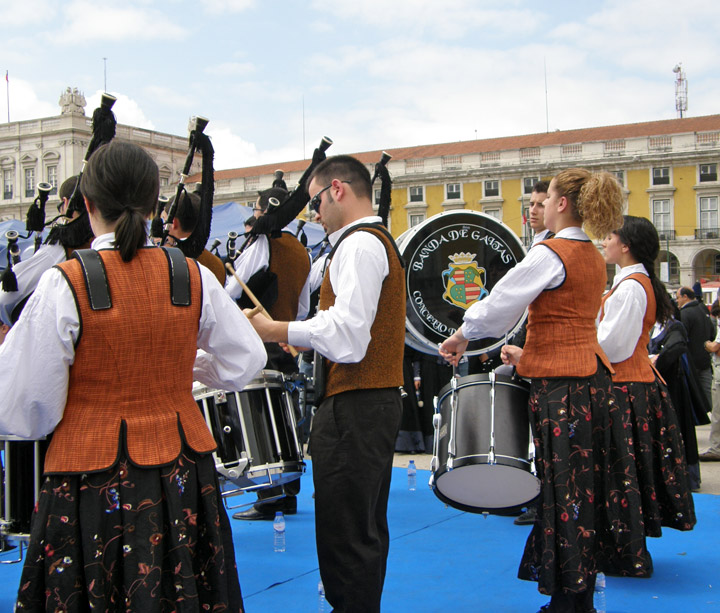 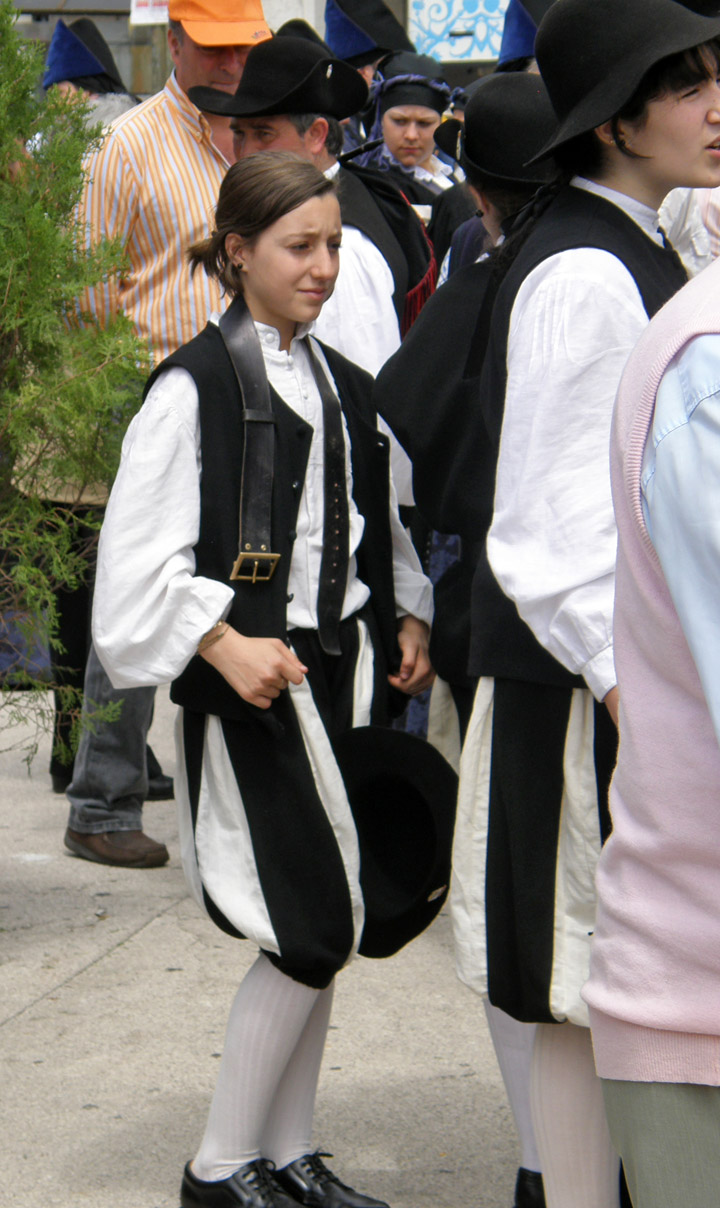 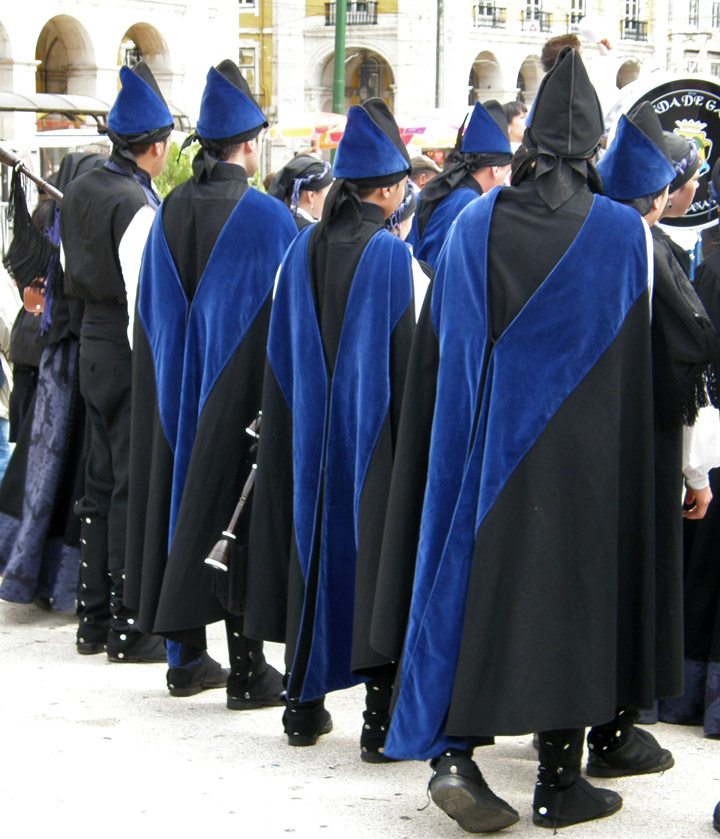 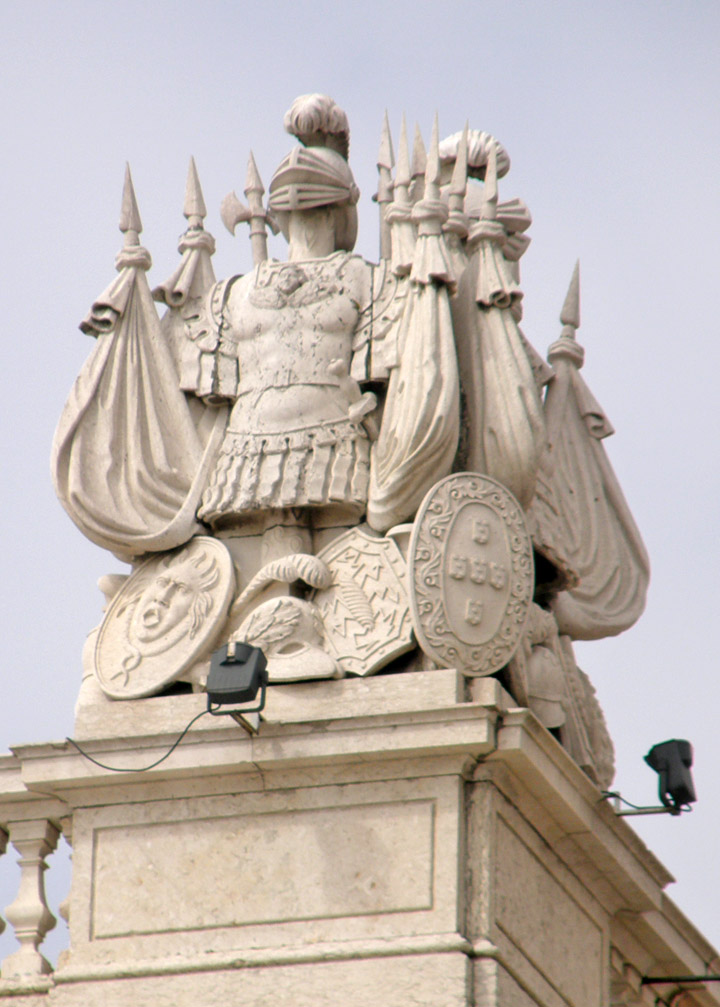