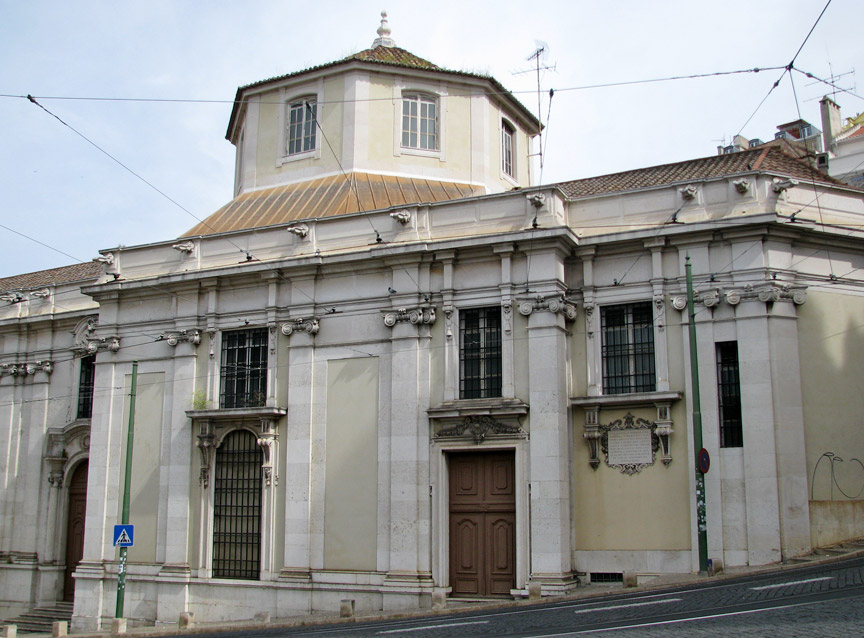 church of Saint Anthony in Lisbon

Saint Anthony (ca. 1195 – June 13, 1231) also venerated as Saint Anthony of Lisbon and Saint Anthony of Padua, is a Catholic saint who was born in Lisbon, Portugal, as Fernando Martins de Bulhão to a wealthy family and who died in Padua, Italy. 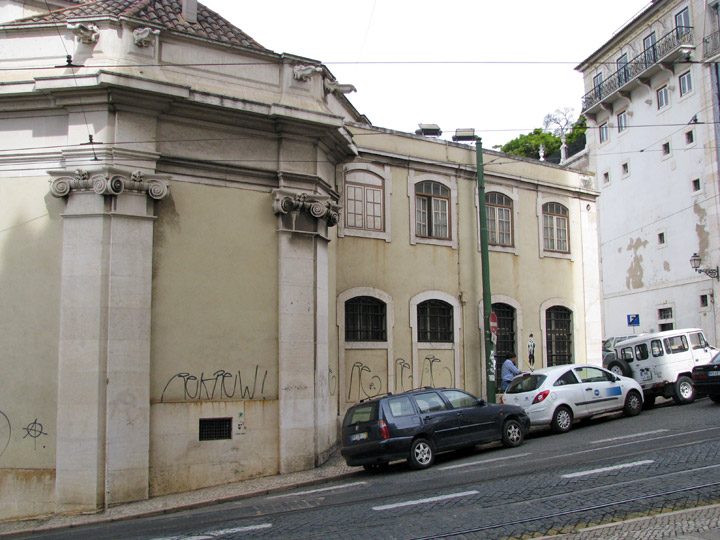 Anthony was born to Martim Vicente de Bulhão and wife Teresa Pais Taveira in a very rich family who wanted him to become a noble; however these were not his wishes. His family arranged sound education for him at the local cathedral school. Against the wishes of his family, Anthony entered the Augustinian Abbey of St. Vincent on the outskirts of Lisbon. The Canons Regular of St Augustine, of which he was now a member, were famous for their dedication to scholarly pursuits. Anthony studied Scripture and the Latin classics. Anthony was constantly visited by friends and relatives, bringing embarrassing gifts and news from their social world which disturbed him. His studies were suffering and there he found no peace. He persuaded his superiors to transfer him to the Augustinian Santa Cruz Monastery (Abbey of the Holy Cross) in Coimbra, then the capital of Portugal, and continued his studies. 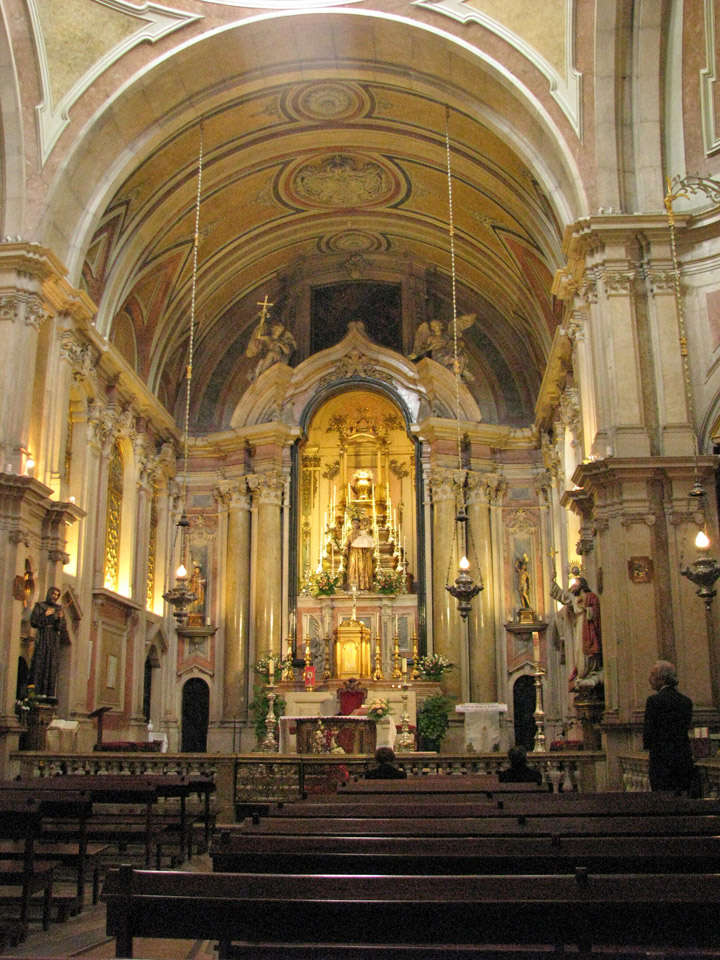 After his ordination, Anthony was placed in charge of hospitality in his abbey. In this role, in 1219, he came in contact with five Franciscans who were on their way to Morocco to preach to the Muslims there. Anthony was strongly attracted to the simple Gospel lifestyle of the Franciscan friars. In February 1220, news arrived that the five Franciscans had been martyred in Morocco. Anthony meditated on the heroism of these Franciscans. He wanted to obey God's call to leave everything and follow Him. Anthony obtained permission from his superiors to join the Franciscan order. In the summer of 1220 he was invested with the Franciscan habit and began to learn the teachings of their founder, Francis of Assisi. He took the new name of Anthony when he joined the Order of Friars Minor in honor of Saint Anthony the Great, to whom the Franciscan hermitage where he was living was dedicated. 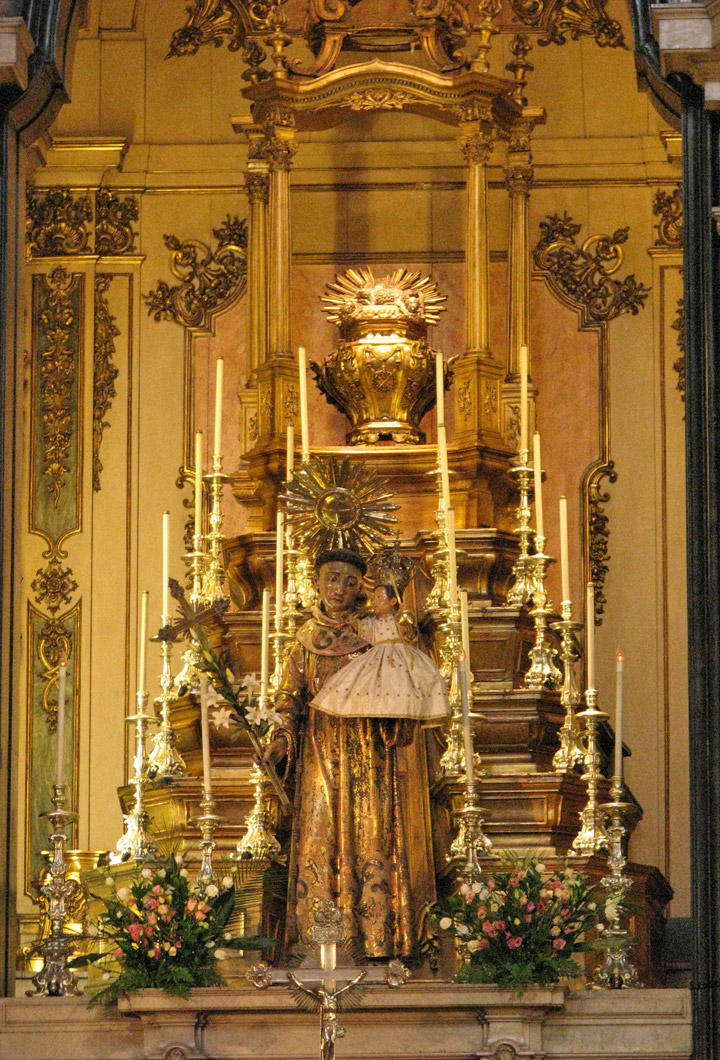 Shortly after, Anthony set off to Morocco with another friar. He intended to die preaching the Gospel there. However, upon his arrival in Morocco, he fell so ill he had no choice but to return home. 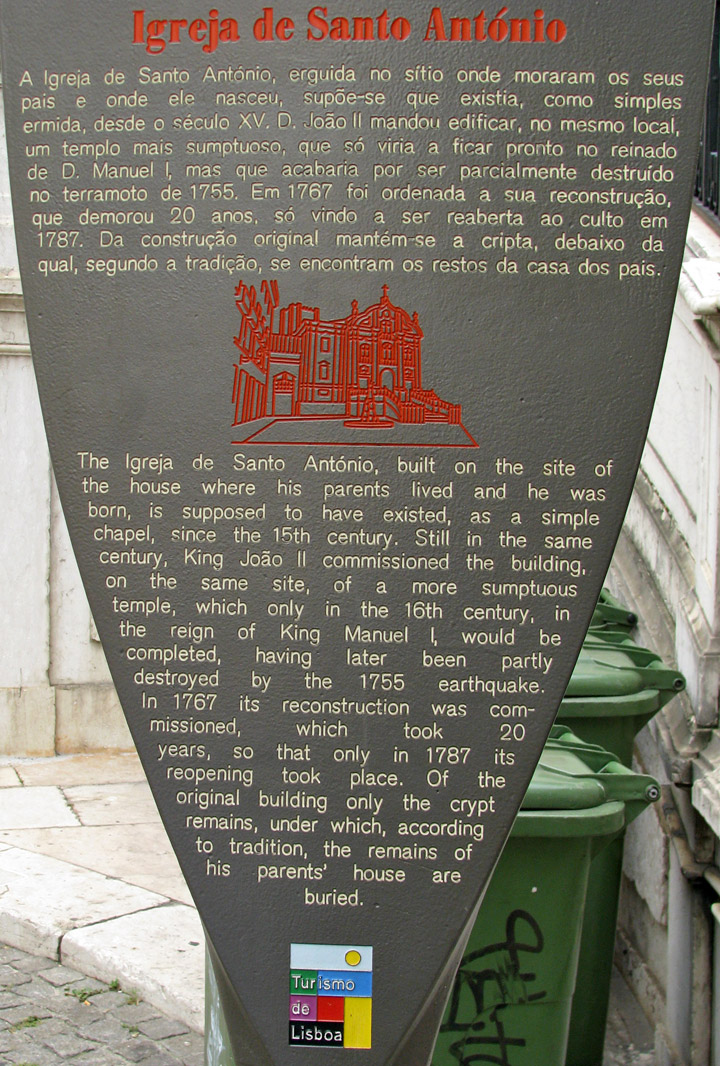 On the return trip to Portugal, his ship was driven by storm upon the coast of Sicily and he landed at Messina. From Sicily he made his way to Assisi and sought admission into a monastery in Italy, but met with difficulty on account of his sickly appearance. He was finally assigned, out of pure compassion, to the rural hospice of San Paolo near Forlì, Romagna, Italy, a choice made after considering his poor health. There he appears to have lived as a hermit and was put to work in the kitchen. 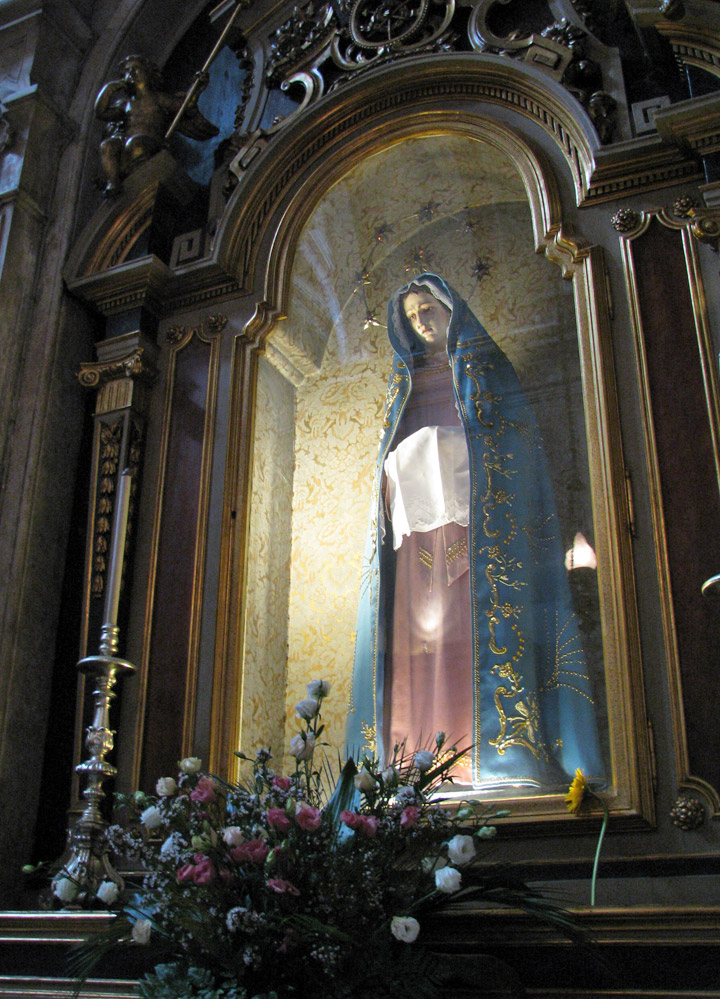 One day, on the occasion of an ordination, when a great many visiting Dominican monks were present, there was some misunderstanding over who should preach. The Franciscans naturally expected that one of the Dominicans would occupy the pulpit, for they were renowned for their preaching; the Dominicans, on the other hand, had come unprepared, thinking that a Franciscan would be the homilist. 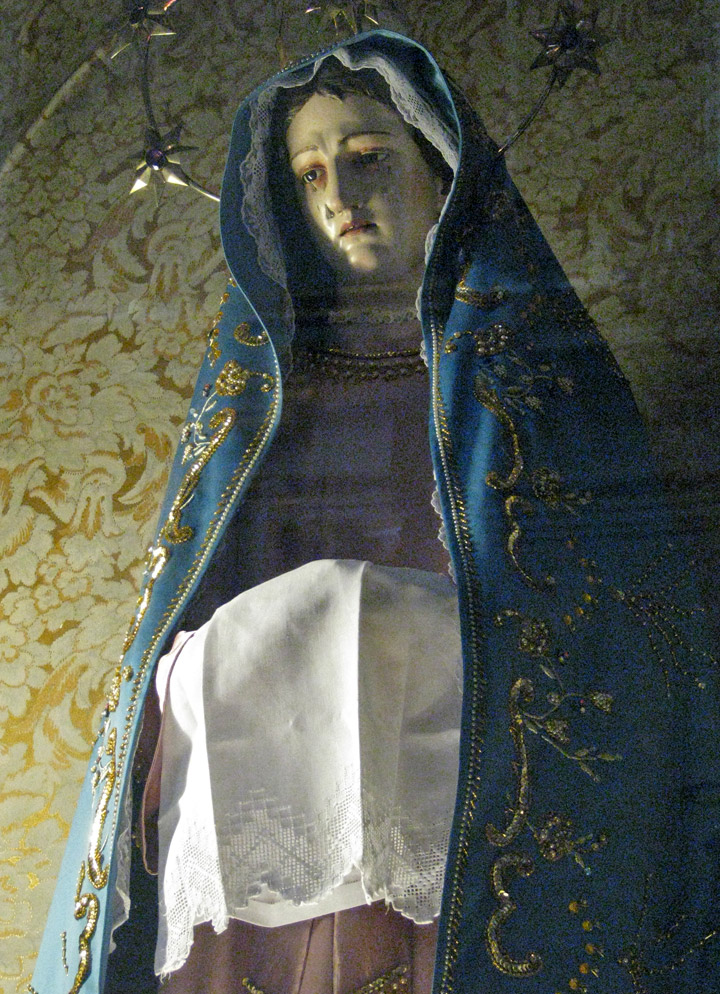 In this quandary, the head of the hermitage, who had no one among his own humble friars suitable for the occasion, called upon Anthony, whom he suspected was most qualified, and instructed him to speak whatever the Holy Spirit should put into his mouth. Anthony objected but was overruled, and his sermon created a deep impression. Not only his rich voice and arresting manner, but the entire theme and substance of his discourse and his moving eloquence, held the attention of his hearers.

At that point, Anthony was commissioned by Brother Gratian, the minister provincial, to preach the Gospel throughout Lombardy, a region in northern Italy. From then on his skills were used to the utmost by the Church. Occasionally he took another post, as a teacher, for instance, at the universities of Montpellier and Toulouse--both in southern France--but it was as a preacher that Anthony revealed his supreme gift. 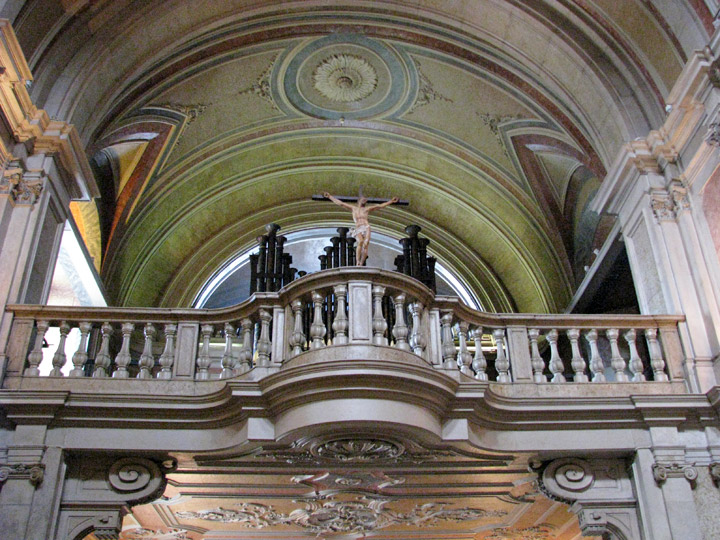 In 1226, after attending the Franciscan chapter at Arles, France, and preaching in the French region of Provence, Anthony returned to Italy and served as envoy from the general chapter to Pope Gregory IX. At the papal court, his preaching was hailed as a "jewel case of the Bible" and he was commissioned to produce "Sermons for Feast Days." 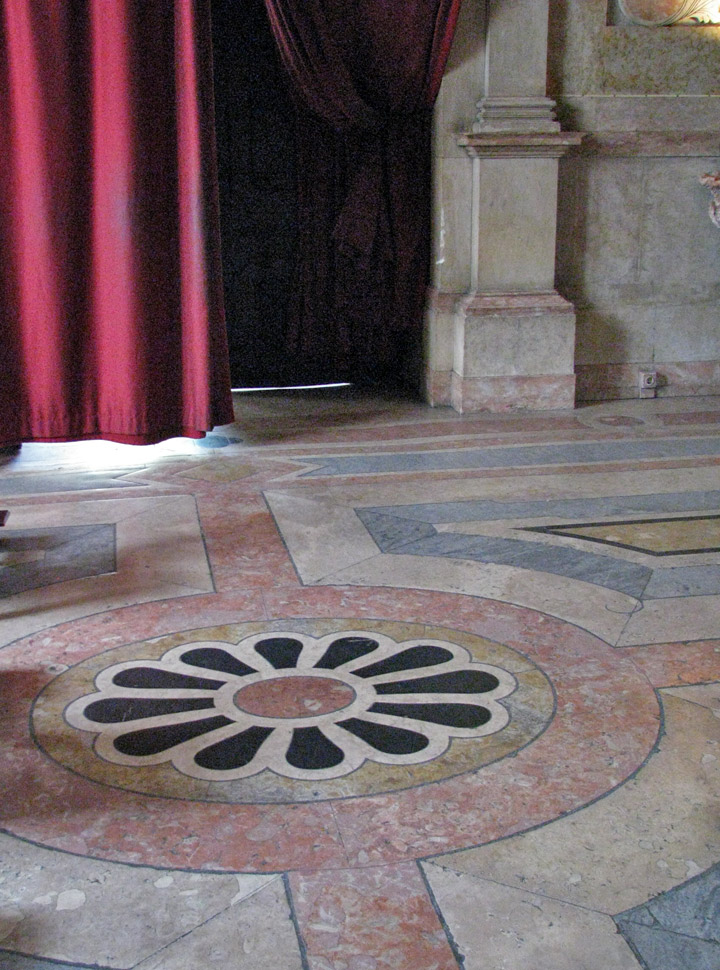 Anthony was elected minister provincial of the Italian region of Emilia-Romagna on 30 May; the friar, held out against the push of Franciscan austerities. Anthony became ill with dropsy and, in 1231, went to the woodland retreat at Camposanpiero with two other friars for a respite. There Anthony lived in a cell built for him under the branches of a walnut tree. Saint Anthony died on 13 June 1231 at the Poor Clare convent at Arcella on the way back to Padua at the age of 36. 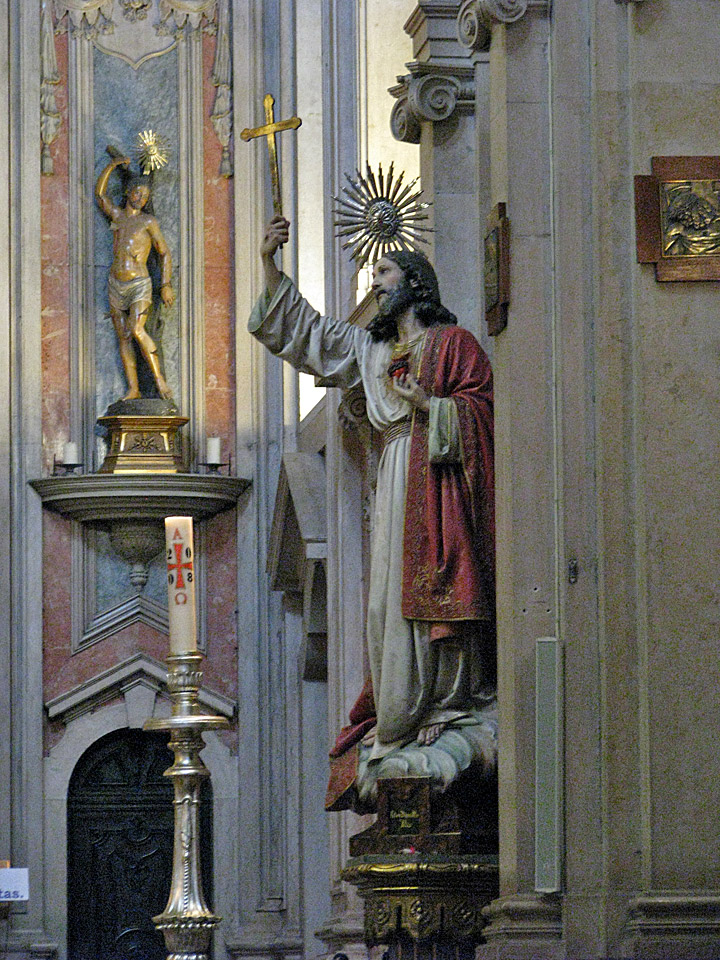 When he died, it is said that the children cried in the streets, that all the bells of the churches rang of their own accord, and that angels came to earth to ring the bells for the death of the saint. He is buried in a chapel (once a church, now enclosed by the current edifice) of the large Basilica of Saint Anthony in Padua. The house where he was born in Lisbon was turned into a church, the Igreja de Santo António de Lisboa. St. Anthony also loved children. 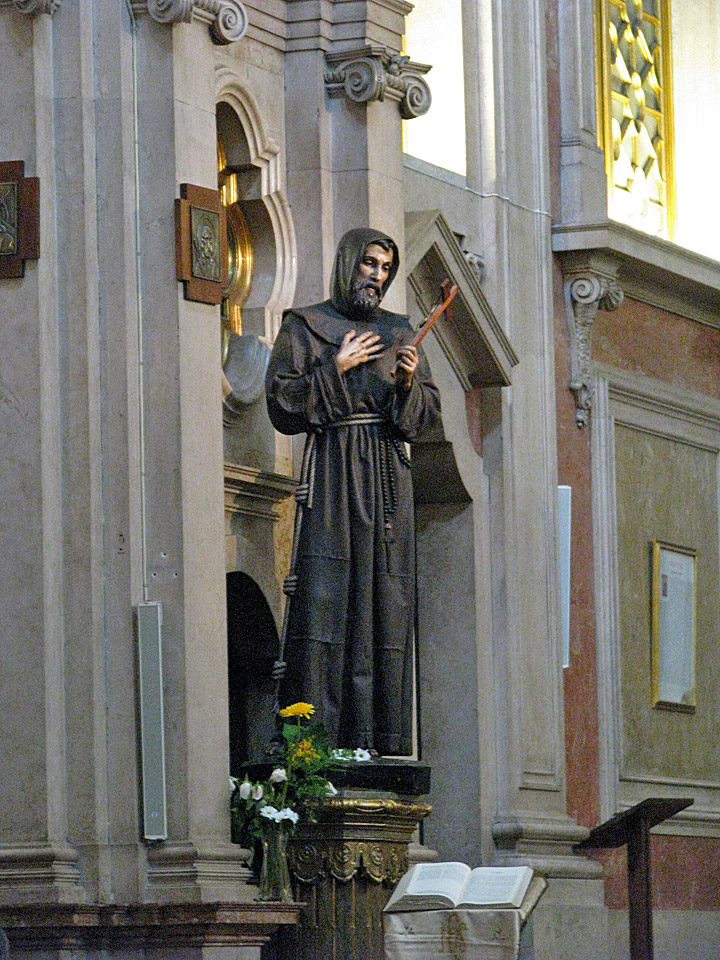 One of the most beloved of saints, his images and statues are ubiquitous. Proclaimed a Doctor of the Church on January 16, 1946, he is sometimes called "Evangelical Doctor". He is especially invoked for the recovery of things lost ("Saint Anthony, Saint Anthony, please come around. Something is lost and cannot be found."). 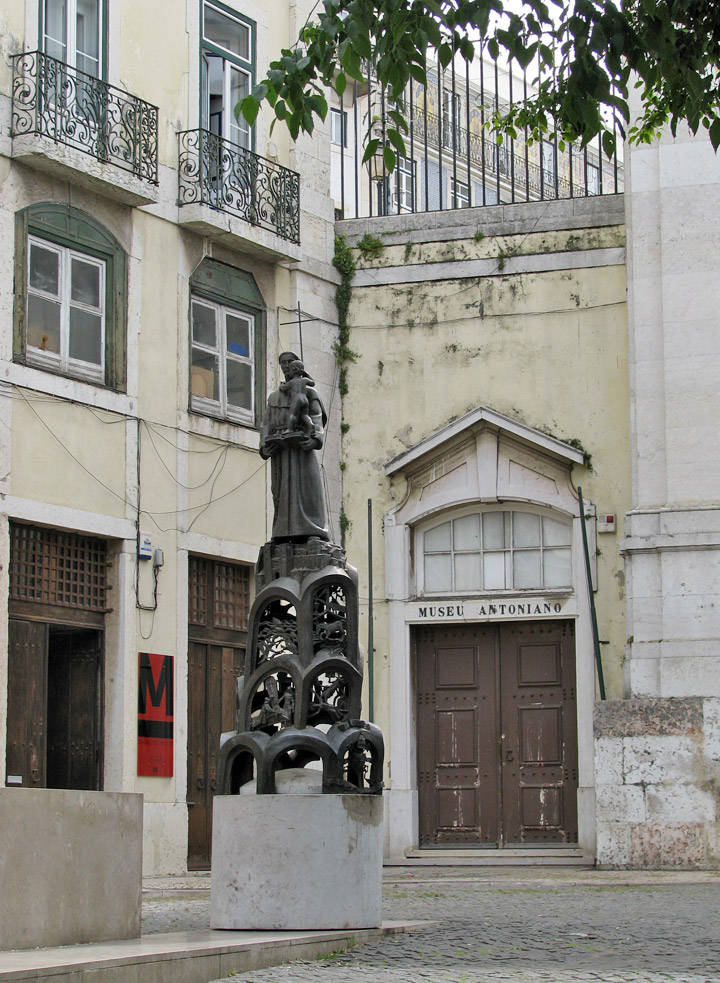 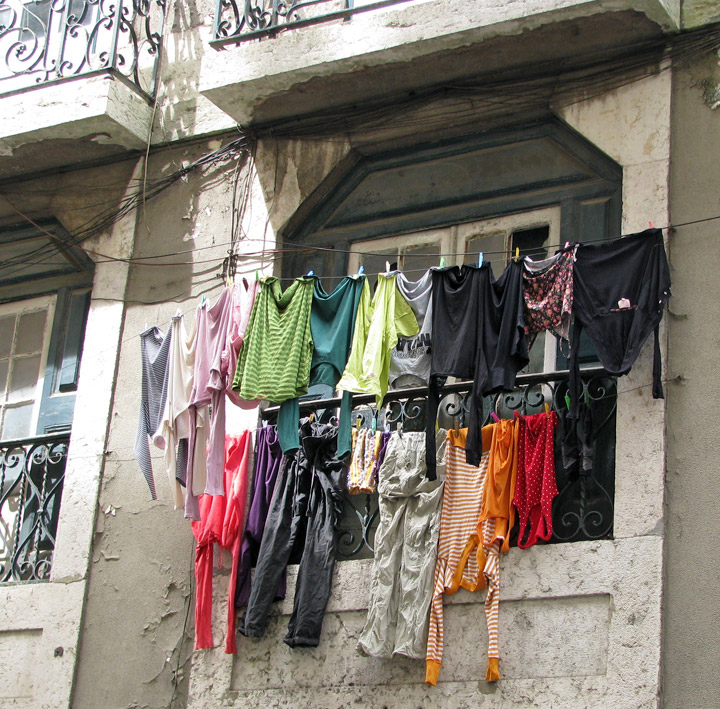 Seventeenth century Spanish missionaries came across a small Native American community along what was then known as the Yanaguana River on the feast day of Saint Anthony and renamed the river and eventually a mission built nearby in his honor. This mission would at first become the focal point of a small community that would eventually grow in size and scope to become the city of San Antonio.