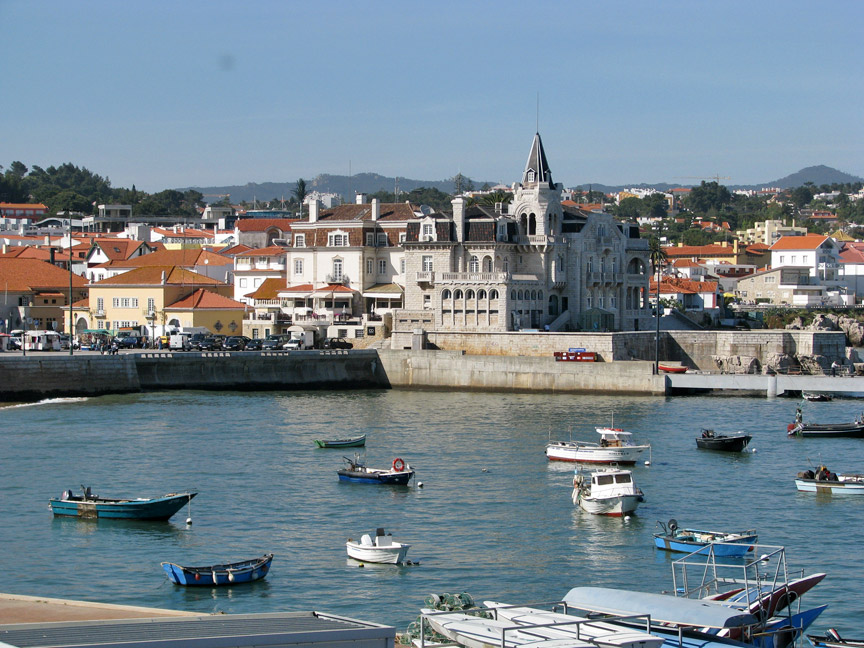 Cascais  is a coastal town 30 kilometres west of Lisbon,with about 33 000 residents in the town. It is a cosmopolitan suburb of the Portuguese capital and one of the richest municipalities in Portugal. The former fishing village gained fame as a resort for Portugal's royal family in the late 1800s and early 1900s. Nowadays it is a popular vacation spot for both Portuguese and foreign tourists.Cascais is also a municipality with over 100 000 inhabitants.It is located in the Estoril Coast, in Greater Lisbon area. It has a regional airport in Tires (S. Domingos de Rana), "Aeroporto Municipal de Cascais". 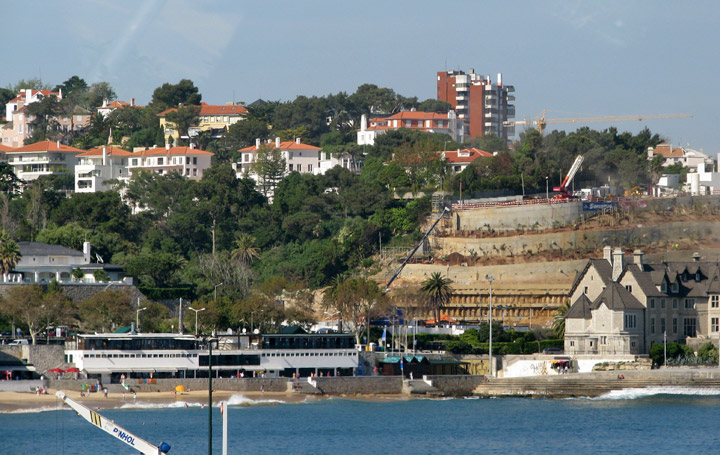 Praia dos Pescadores, a beach in the centre of Cascais

The coastal settlement of Cascais originated in the 12th century, depending administratively on the town of Sintra, located to the North. In its humble beginnings, Cascais lived from the products of the sea and land, but already in the 13th century its fish production served the capital Lisbon, located nearby. During the 14th century the population increased to the outside of the walls of its castle. Its prosperity led to the administrative independence from Sintra in 1364. The village and its surroundings were owned by a feudal lord; the most famous of them was João das Regras (died 1404), a lawyer and professor of the University of Lisbon that was involved in the ascension of John I to power as the first King of the House of Aviz. 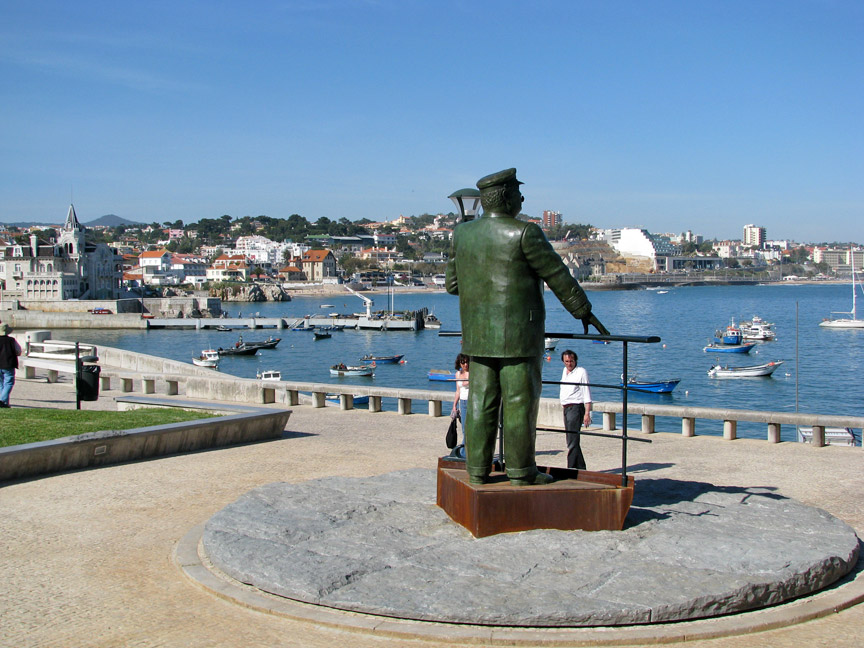 Since the Middle Ages, Cascais lived from fishing, maritime commerce (it was a stop for ships sailing to Lisbon), and from agriculture, producing wine, olive oil, cereals and fruits. Due to its location close to the Tagus estuary, it was also seen as a strategic post in the defence of Lisbon. Around 1488, King John II built a small fortress in the village, located by the sea. This mediaeval fortress was not enough to repel the invasion, in 1580, of Spanish troops led by the Duque of Alba, who took the village during the conflict that led to the union of the Portuguese and Spanish crowns. The fortress was enlarged towards the end of the 16th century by King Philip I (Philip II of Spain), turning it into a typical renaissance citadel with the characteristic flat profile and star-shaped floorplan. Various fortresses were built on the coast around Cascais during the 17th century, and many of them still exist. 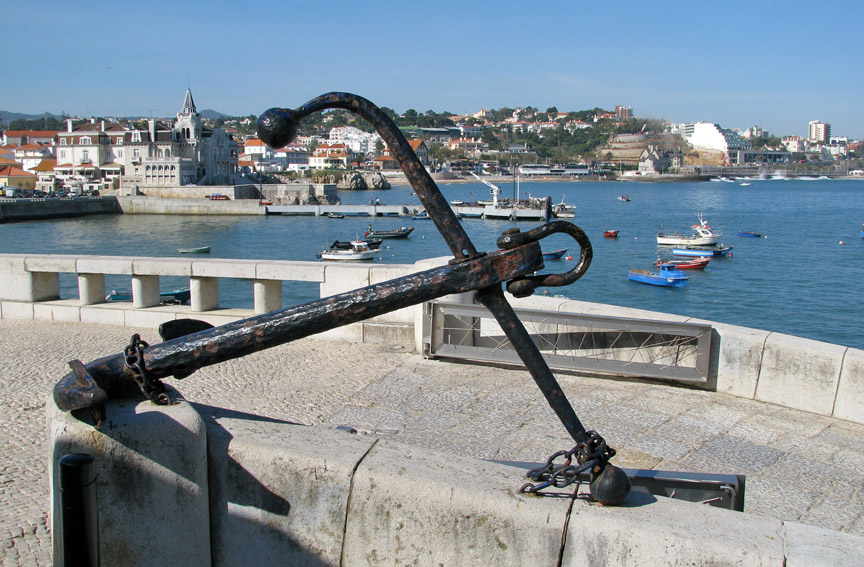 In 1755, the great Lisbon earthquake destroyed a large portion of the village. Around 1774, the Marquis of Pombal, prime-minister of King José I, took protective measures for the commercialisation of the wine of Carcavelos and established the Royal Factory of Wool in the village, which existed until the early 19th century. During the invasion of Portugal by Napoleonic troops, in 1807, the citadel of Cascais was occupied by the French, with General Junot staying some time in the village. 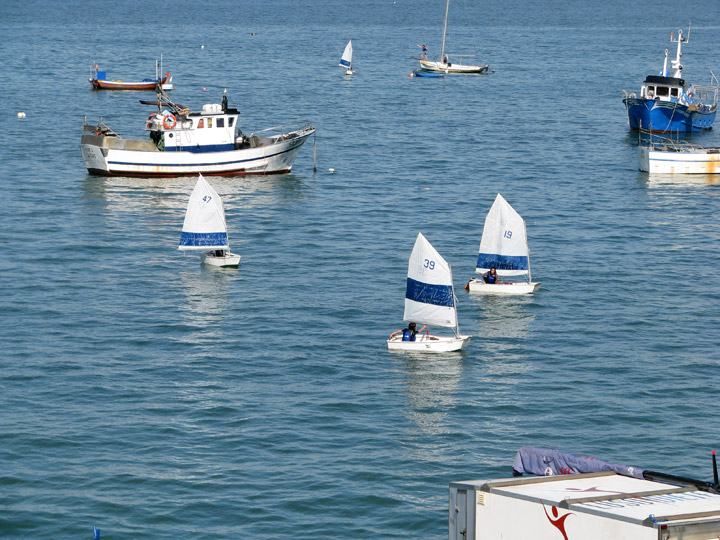 This situation of decadence started to change when King Luis II decided to turn the citadel of Cascais into his summer residence. From 1870 to 1908, the Royal Family came to Cascais to enjoy the sea, turning the somnolent fishing village into a cosmopolitan address. The citadel gained electric light in 1878, the first in the country, thanks to King Luís. The village gained better roads to Lisbon and Sintra, a casino, a bullfight ring, a sport club and improvements in the basic infrastructure for the population. The railway arrived in 1889. Many noble families built beautiful mansions in Cascais, as can still be seen in the centre and surroundings of the town. 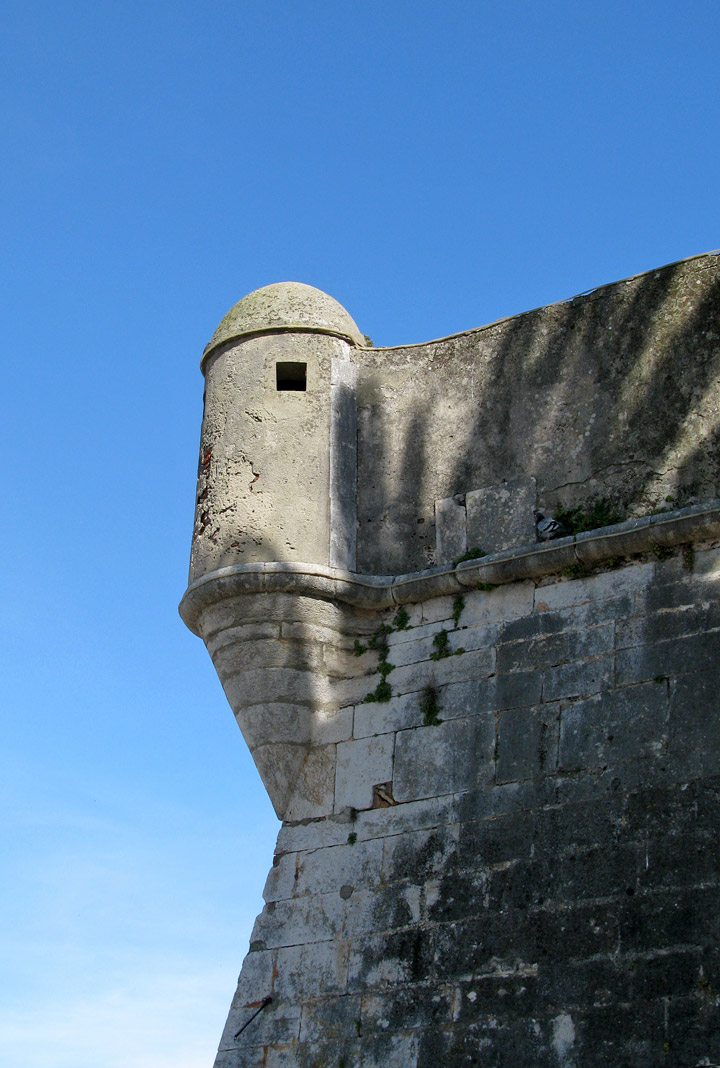 In 1896, King Carlos I, a lover of all maritime activities, installed in the citadel the first oceanographic laboratory in Portugal. The King himself led a total of 12 scientific expeditions to the coast, only ended in 1908 with his assassination in Lisbon. 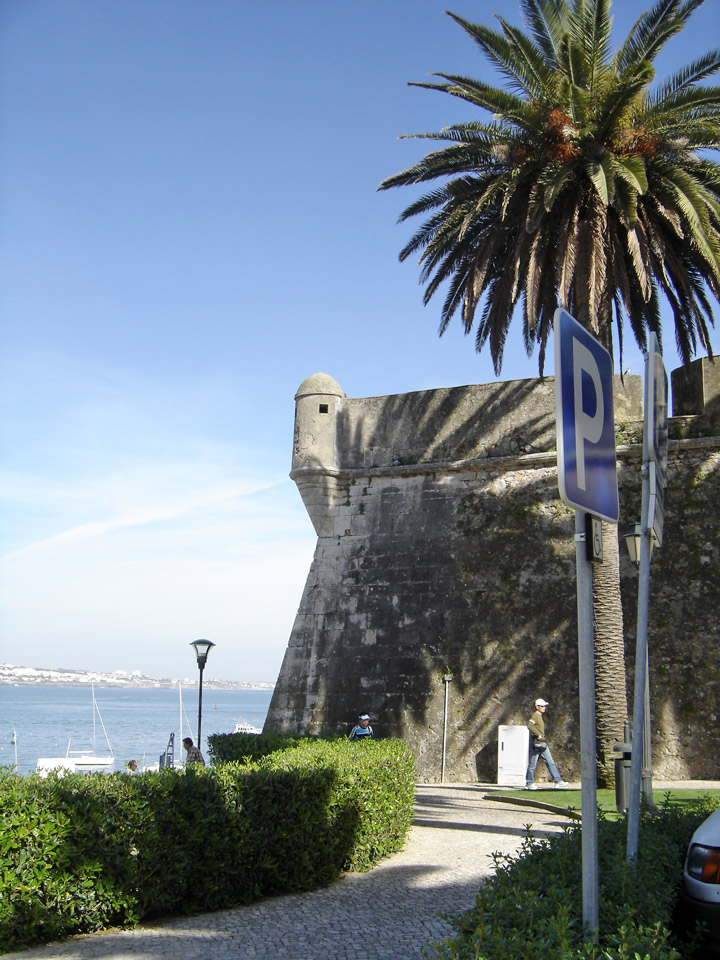 Another important step in the touristic development of the area was given in the first half of the 20th century in neighboring Estoril, in which a casino was built and the infrastructure for luxury vacations was created around Monte Estoril. 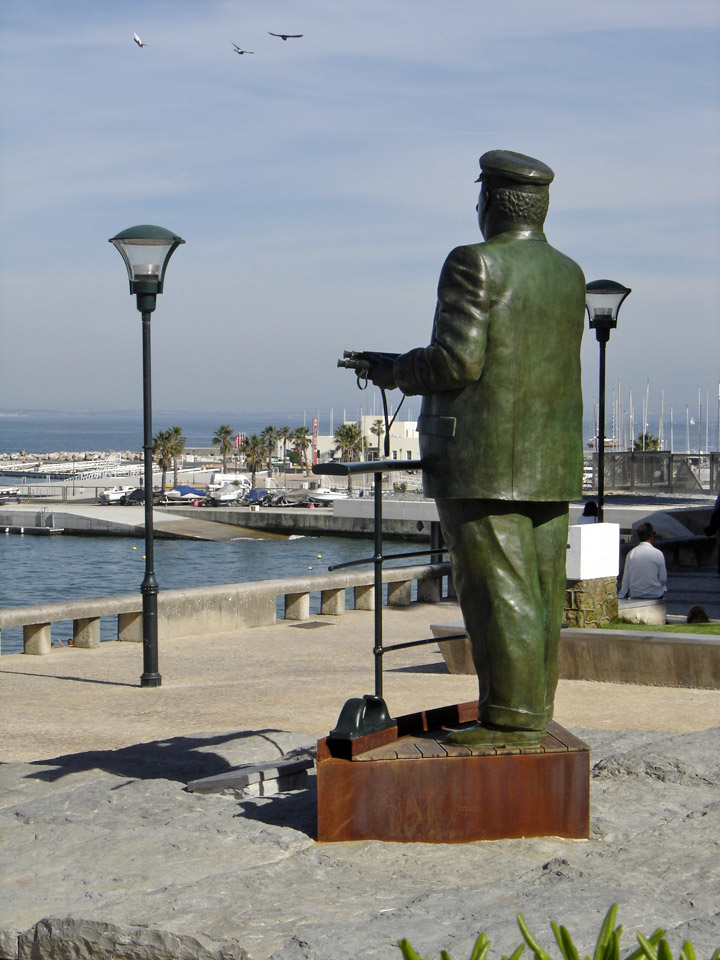 Due to Portugal's neutrality in World War II and the town's elegance and royal past, Cascais became home to many of the exiled royal families of Europe, including those of Spain, Italy and Bulgaria. 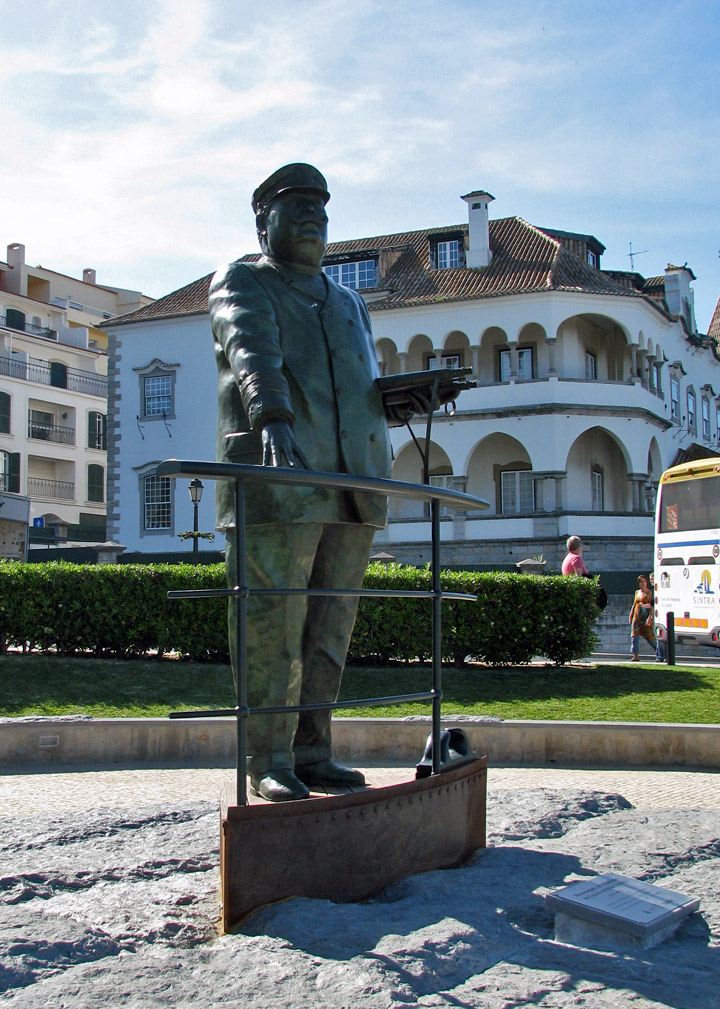 Nowadays, Cascais and its surroundings are a famous vacation spot for the Portuguese and foreigners, aiming at both the "jet-set" and normal tourism, who seek to enjoy its beaches. 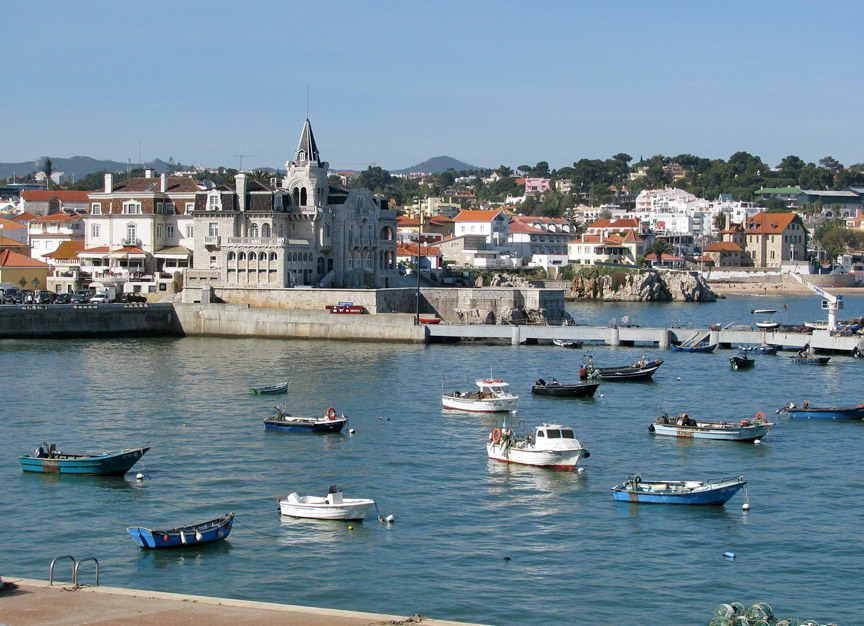 Today there is a large yacht harbor and several small sand beaches in and around town. Cascais is easily reached from Lisbon by car, (A5 Lisboa-Cascais highway), or by frequent inexpensive commuter trains. It has the ruins of a castle, an art and sea museum as well as parks and the charming cobbled streets of the historic centre. The town has many hotels and tourist apartments as well as many good restaurants of varying cost. It is a fine base to use for those visiting Lisbon and its environs who prefer to stay outside of the city yet in an equally urban and sophisticated environment. 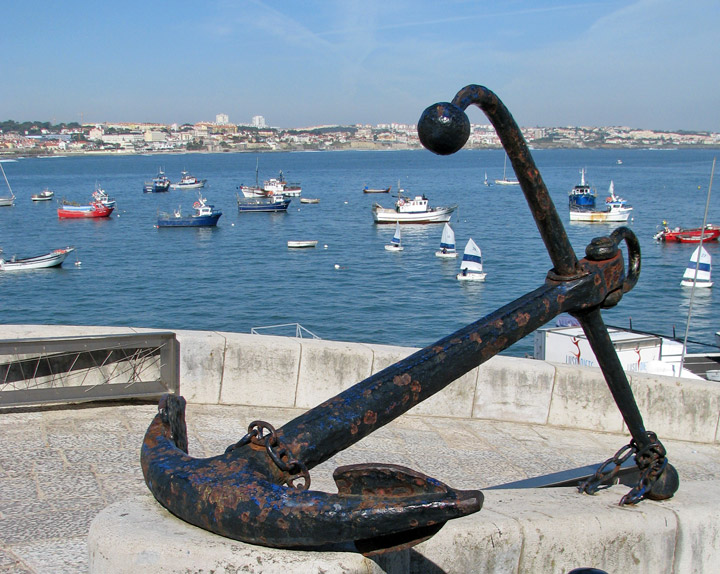 Cascais is surrounded by popular beaches such as Guincho Beach to the west, and the lush Sintra mountains to the north. Some of its shoreline is cliffy, attracting tourists for its seascapes and other natural sights such as Boca do Inferno. It is also becoming a popular golf destination, with over 10 golf courses nearby. Surfing, sailing, windsurfing and kitesurfing are also popular in the region around Cascais due to favourable weather, wind and sea conditions. In 2007, Cascais was the official host of the ISAF World Championship in sailing for dinghies and racing yachts. 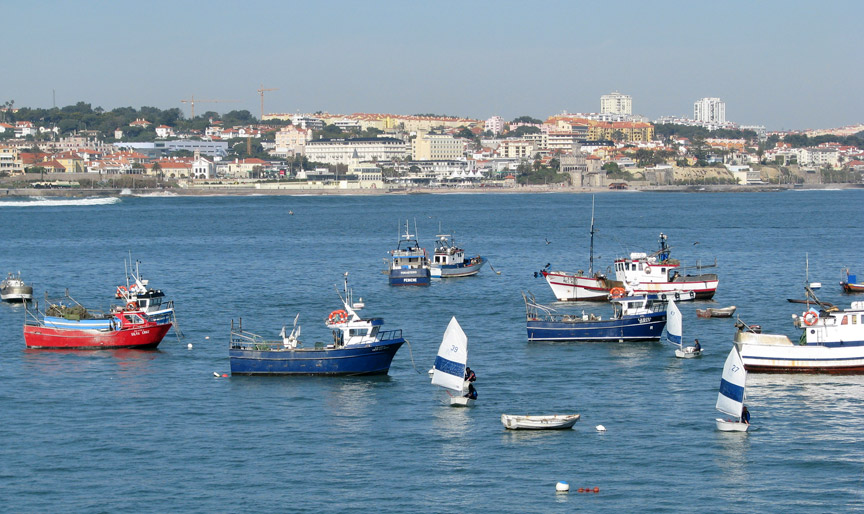 The municipality also hosts international tennis and motorcycling events and hosted for many years the FIA F1 Portugal Grand Prix. The famous Estoril Casino is one of the largest in Europe. Near the casino is the "Hotel Palácio" (Palace Hotel), a 5 star hotel where scenes of 007 were shot.t. 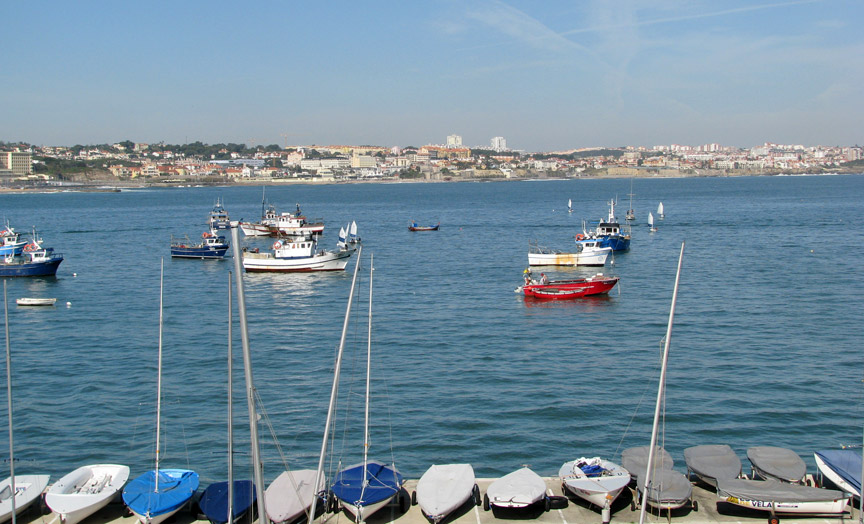 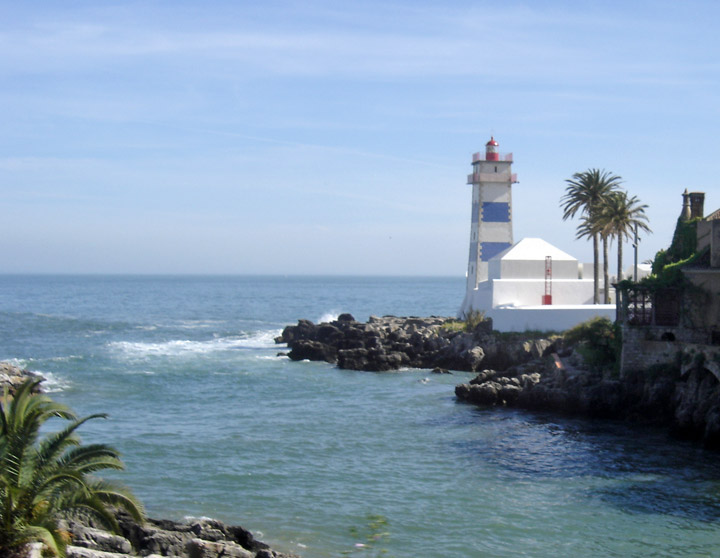 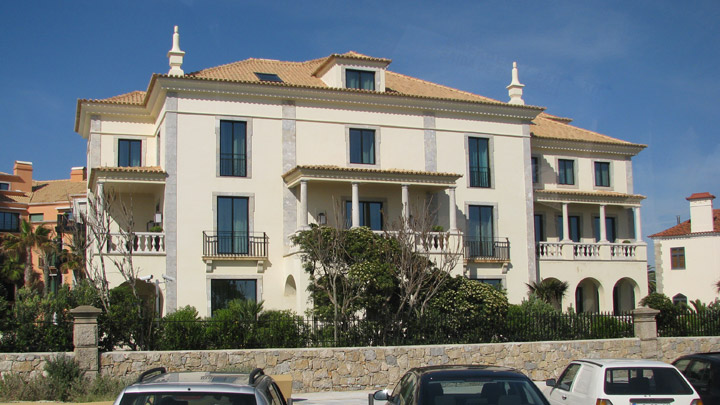 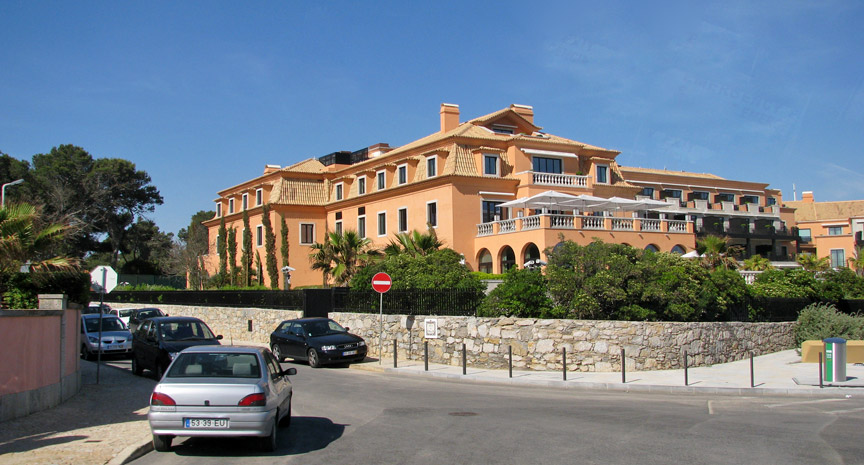 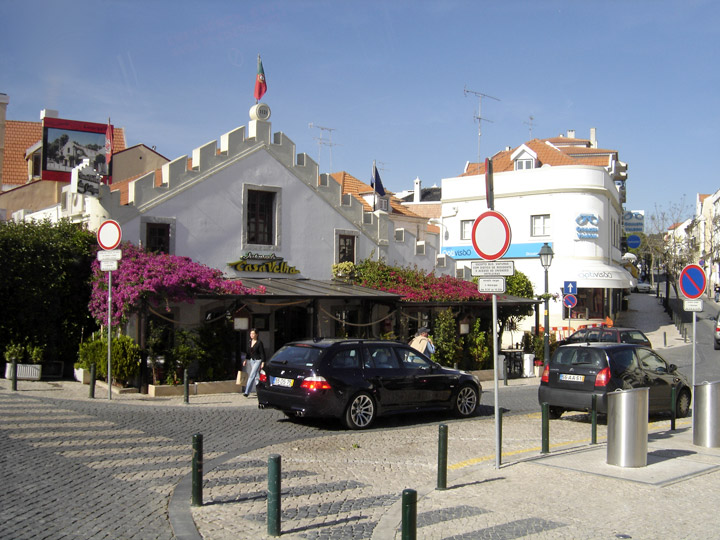 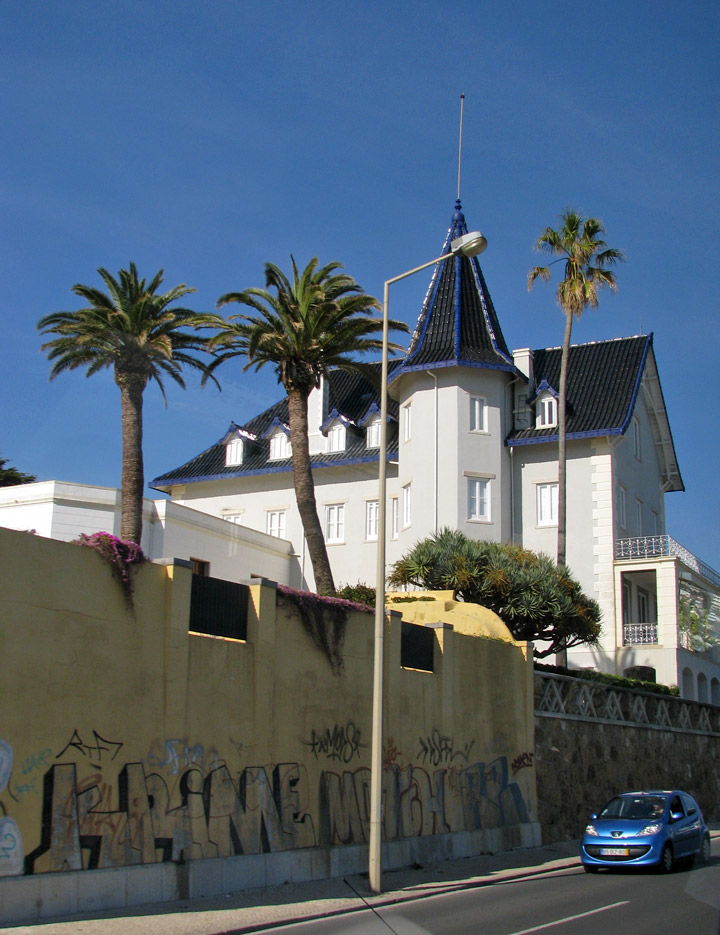 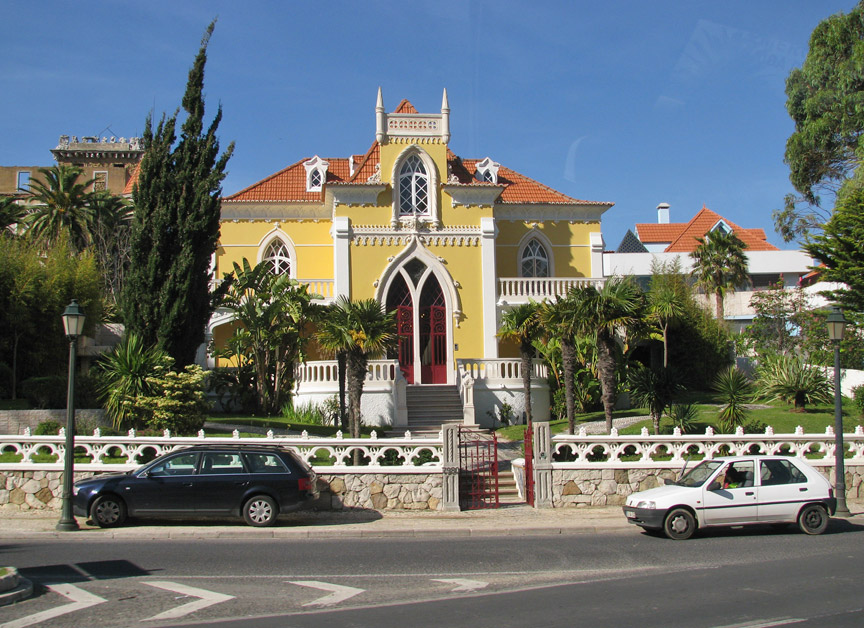 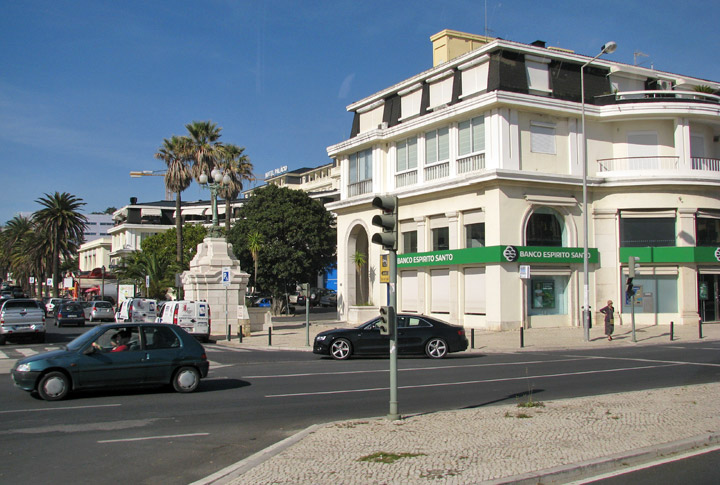 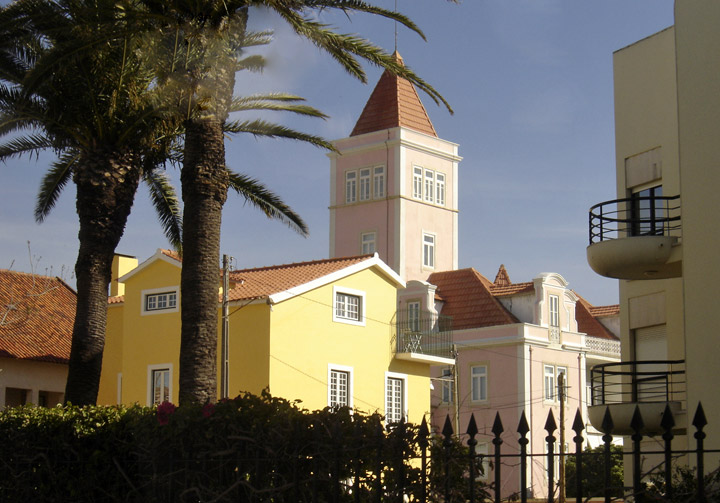 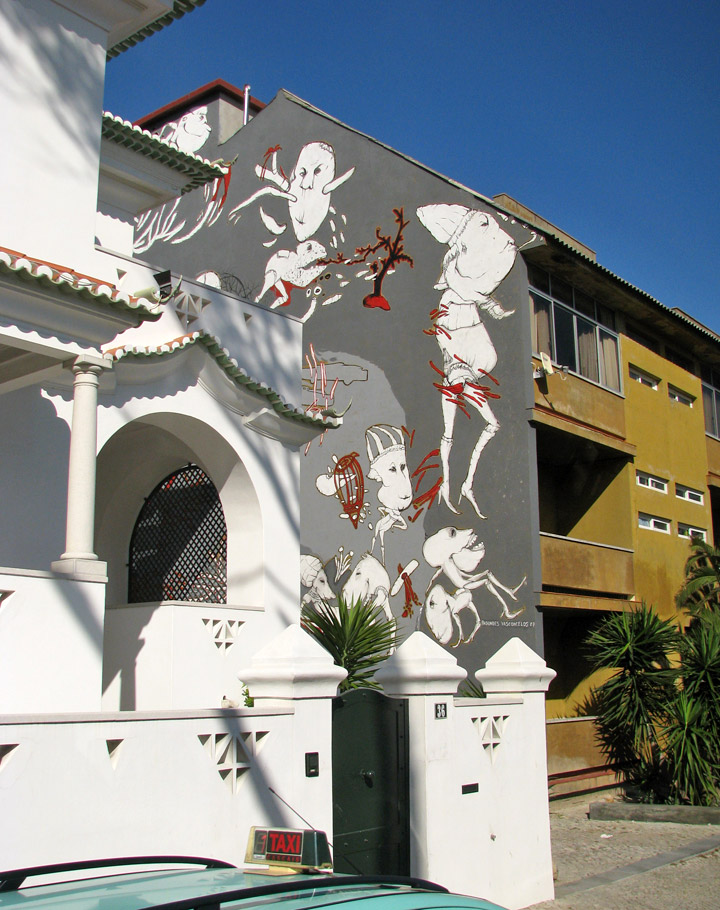 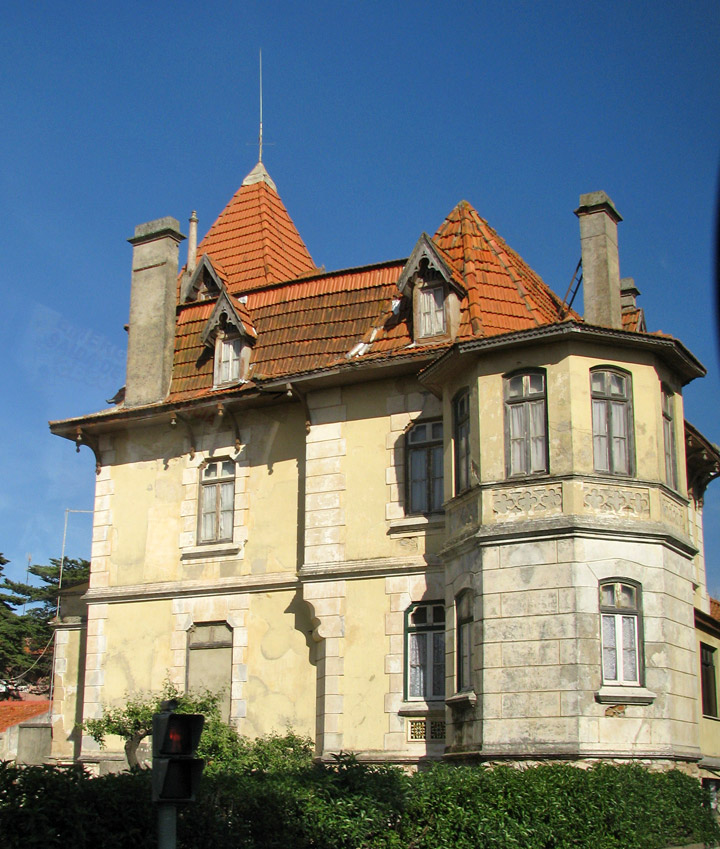 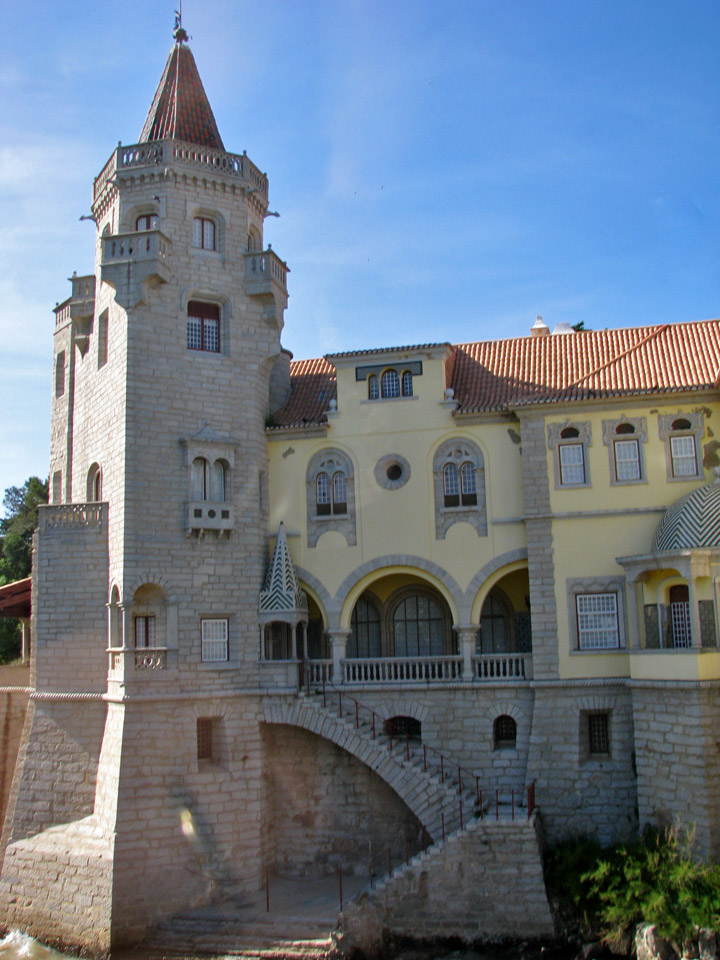 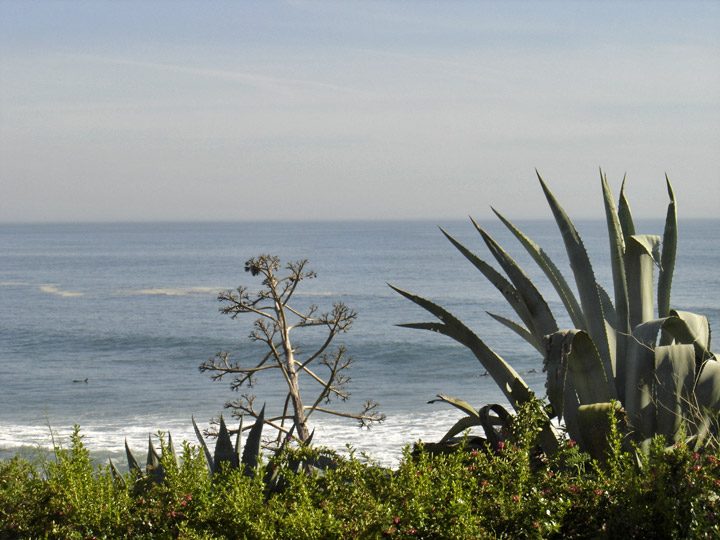 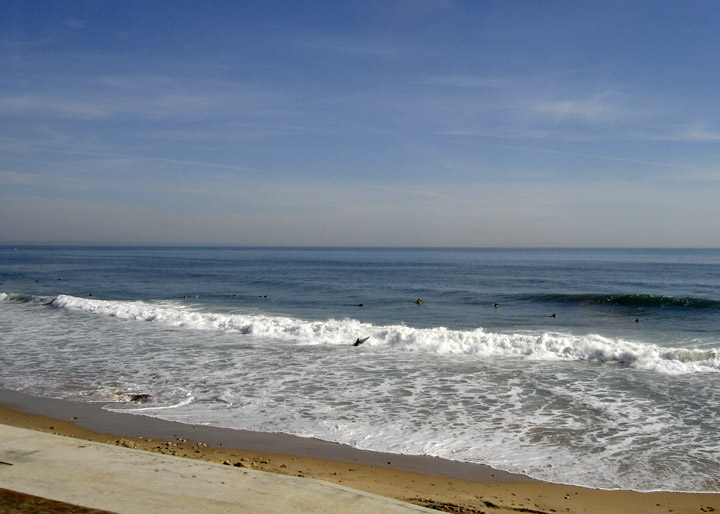 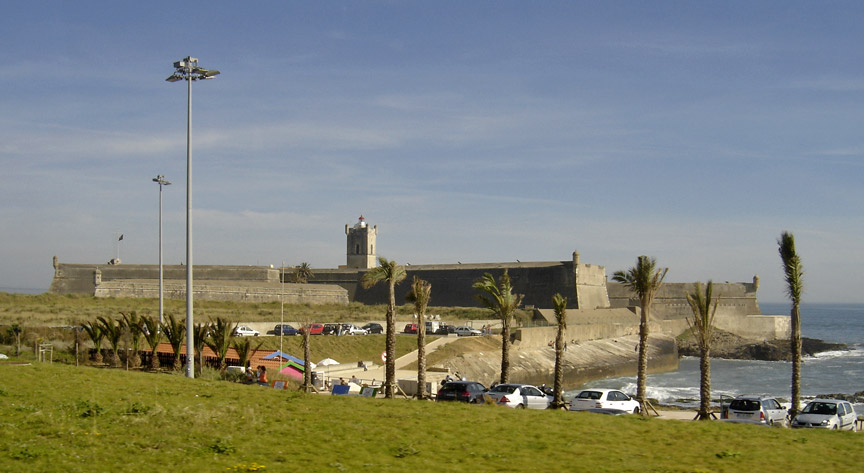