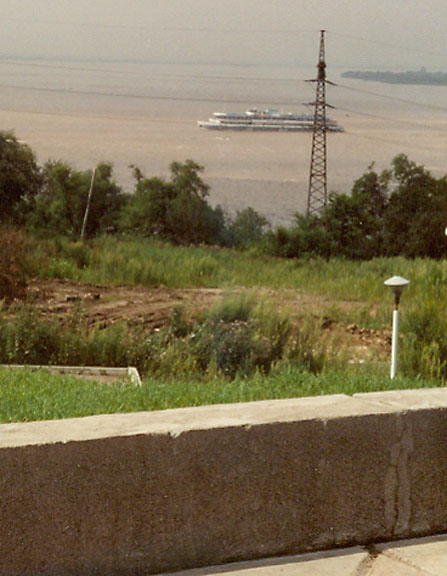 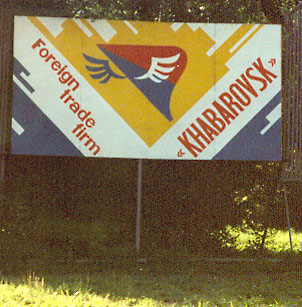 Khabarovsk Territory administrative territory (Russian kray) of Russia, located in far eastern Siberia. It is bordered on the east by the Sea of Okhotsk and the Sea of Japan (East Sea), on the south by Primorye Territory, and on the southwest by China. 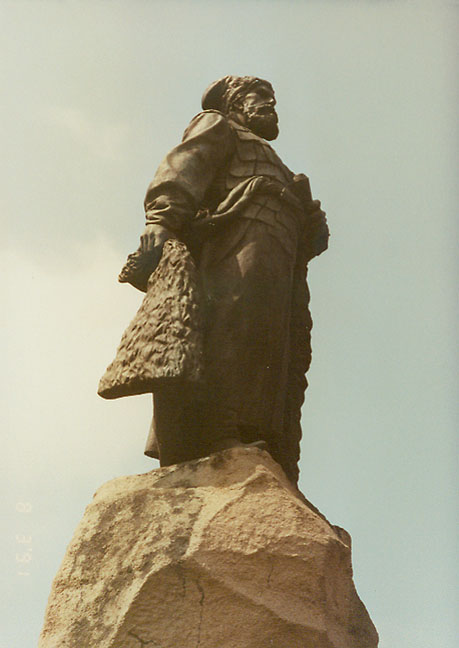 statue of Khabarovsk, the person

Khabarovsk Territory covers a total area of about 824,600 sq km (about 318,380 sq mi), and it has a coastline of about 2500 km (about 1550 mi), which includes the coastline of the Shantar Islands in the Sea of Okhotsk. Mountains cover more than two-thirds of the territory, with the highest peak (2933 m/9623 ft) in the Suntar-Khatyata range in the north. The territory has severe winters and warm, humid summers. The most important river is the Amur; the Ussuri and Aldan rivers also flow through the territory. Lakes include the Bolon', Chukchagirskoye, Khummi, Bol'shiye Kizi, Udyl', Orel', and Evoron. Forests of larch, spruce, cedar, maple, elm, and oak are abundant. 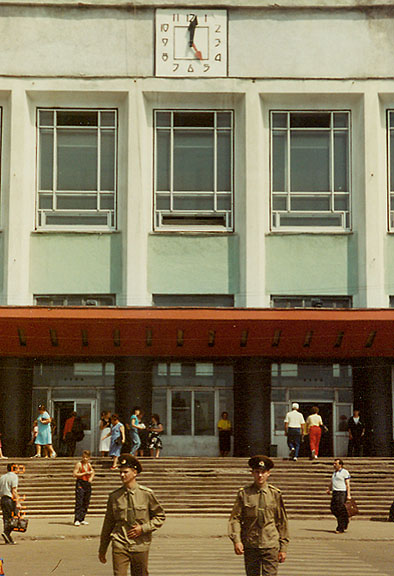 the train station
(trains run on Moscow time, shown on the clock)

At the time of the 1989 census, Khabarovsk Territory had a population of 1,811,828. About 80 percent of the people live in urban areas. The administrative center and largest city, also called Khabarovsk, has a population (1992 estimate) of 634,500. Other important cities are Komsomol'sk-na-Amure, an industrial center, and Vanino and Okhotsk, the territory's principal ports. More than 85 percent of the territory's inhabitants are Russians, and Ukrainians make up the largest minority. Small minorities of Belarusians, Tatars, Jews, Koreans, and other ethnic groups are also represented. 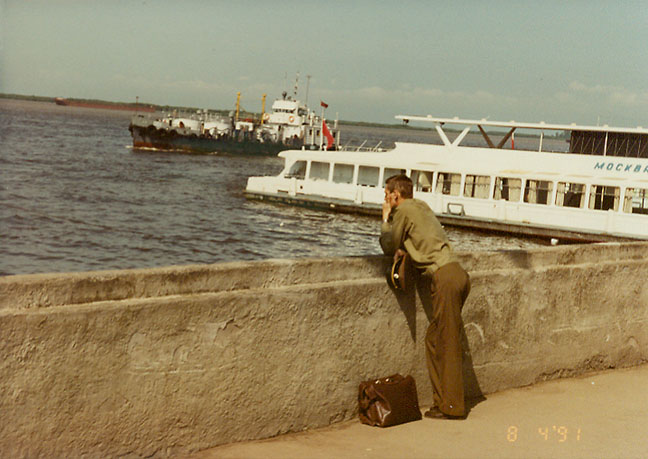 can take a tour of the Amur river

Khabarovsk as seen from the Amur

The territory's highly developed industry includes machine building, metalworking, forestry, woodworking, and pulp and paper production. Coal mining, shipbuilding, fishing, and oil refining are also important. The territory is served by air, rail, river, sea, and road transportation, and has several major shipping ports. The Baikal-Amur Railroad runs through Komsomol'sk-na-Amure, and the Trans-Siberian Railroad runs through the city of Khabarovsk. 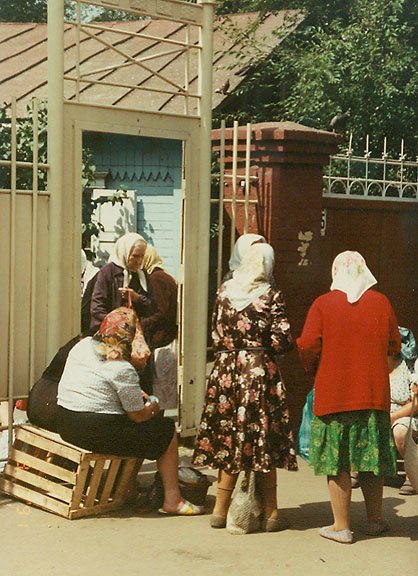 waiting outside the Orthodox church 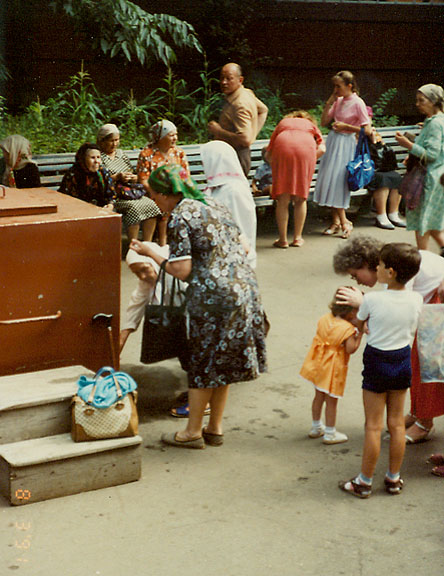 at the water fountain 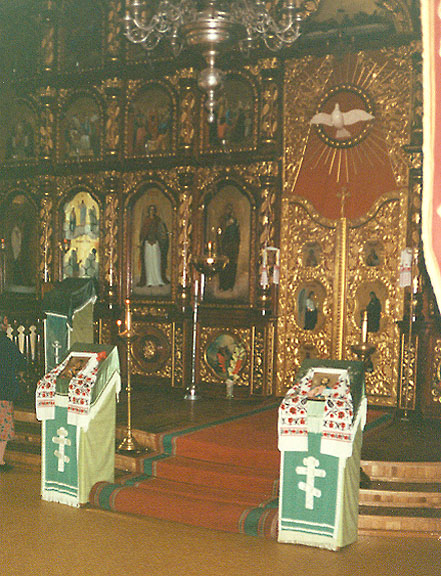 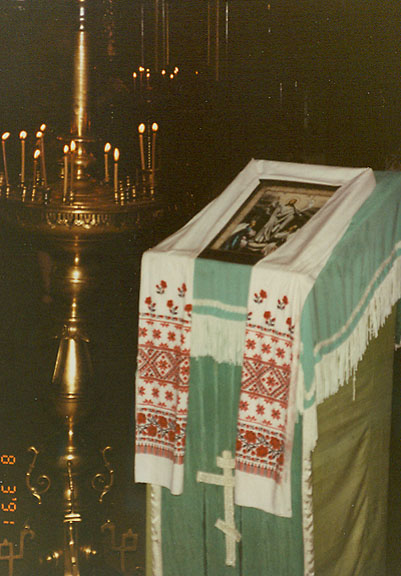 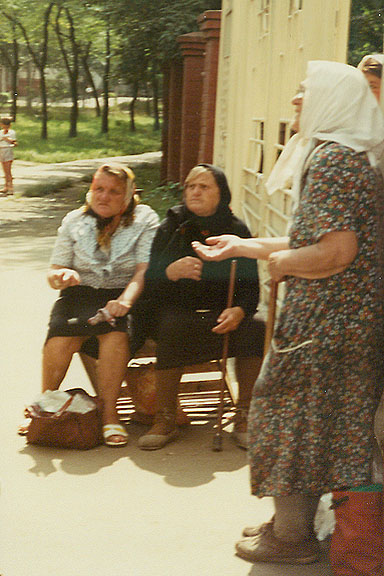 asking for a contribution

Khabarovsk Territory and the other Russian territories are second-order administrative units. They have some autonomy within the Russian Federation, although a lesser degree of self-government than the Russian republics. Khabarovsk is administered by an appointed administrative head and an elected legislative council. The territory has four seats in the Russian Federal Assembly: two in the Council of the Federation (upper house) and two in the State Duma (lower house). The two representatives to the Council of the Federation are the territory's administrative head and the chairperson of the legislative council. The seats in the State Duma correspond to two electoral districts; a representative is selected from each district. 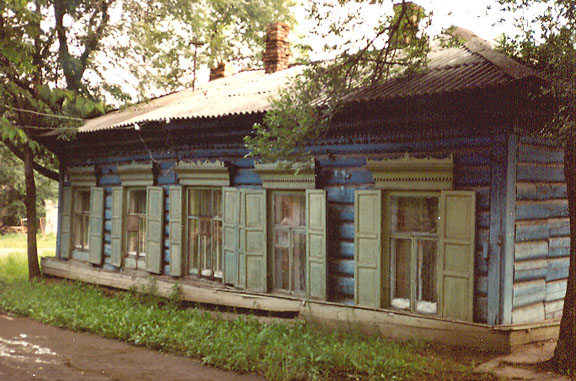 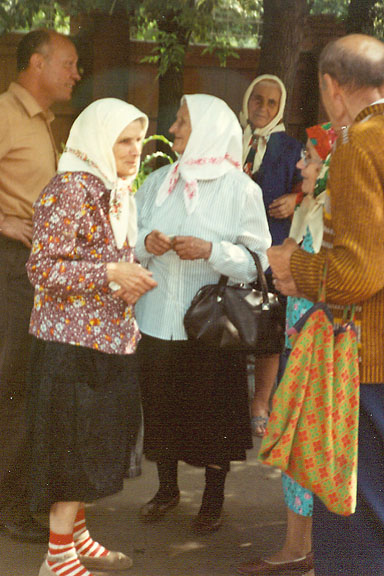 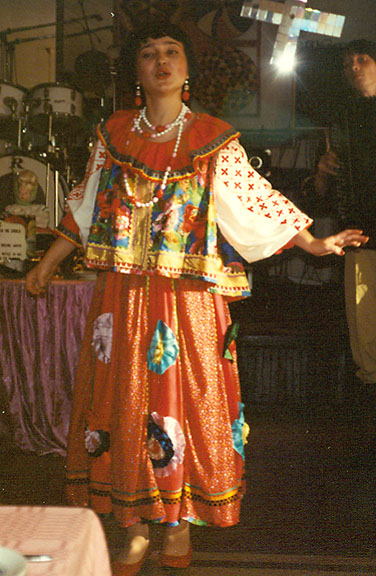 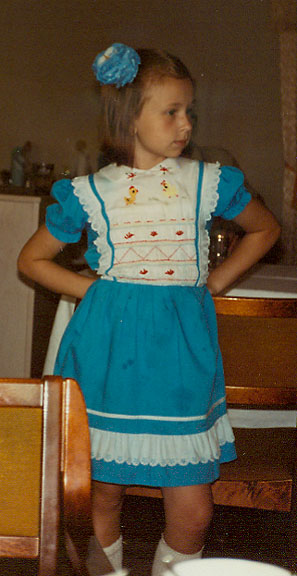 In 1858 Russian settlers founded what is now the city of Khabarovsk as a frontier outpost. Its strategic location near the Chinese border has caused Khabarovsk to be the site of conflicts with the Chinese. In 1929 an agreement signed in Khabarovsk settled a Soviet-Chinese dispute over the operation of the Chinese Eastern Railroad, which was built by the Russians but located in northeastern China. 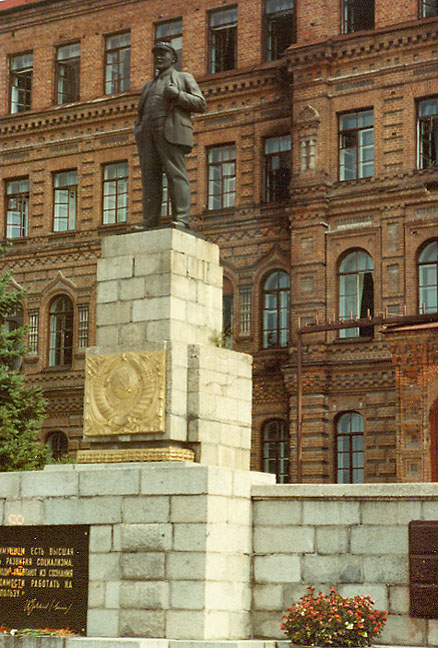 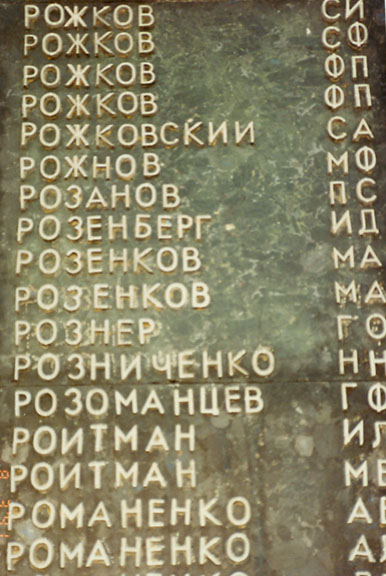 The region that today is Khabarovsk Territory became part of the Far Eastern Territory of the Russian Soviet Federated Socialist Republic (a unit of the Union of Soviet Socialist Republics, or USSR) in 1926. The government of the USSR divided this large region in 1938, and Khabarovsk Territory was established with Khabarovsk, the former administrative center of the Far Eastern Territory, as its capital. In 1991, with the break up of the Soviet Union, the territory became part of independent Russia. 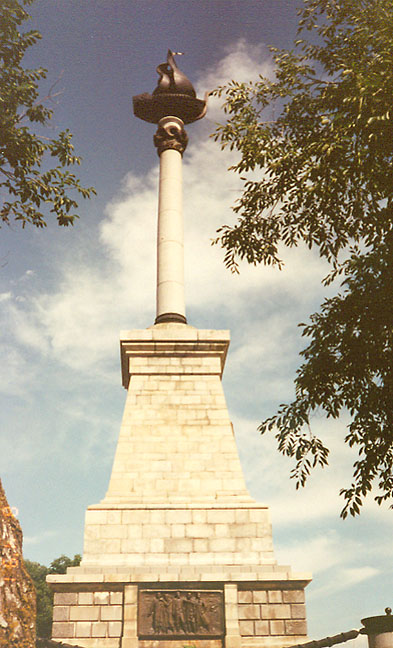