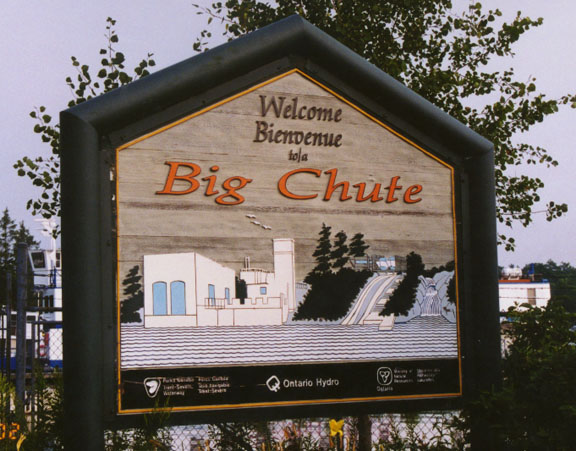 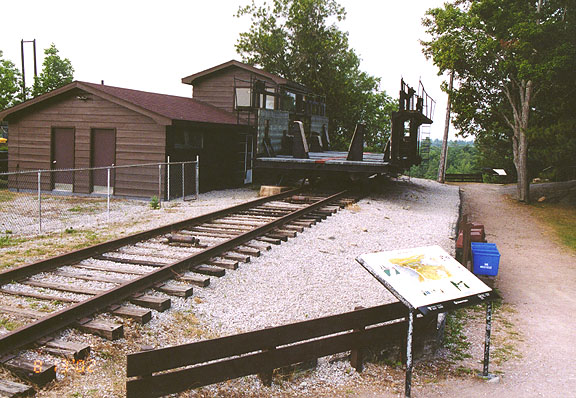 That “temporary” marine railway is still operational, handling overflow of smaller craft during the busy season.
The new marine railway was built in 1977. Similar in principle to the older model, boats are floated onto a partly submerged carriage, and then carried overland to be floated gently on their way. 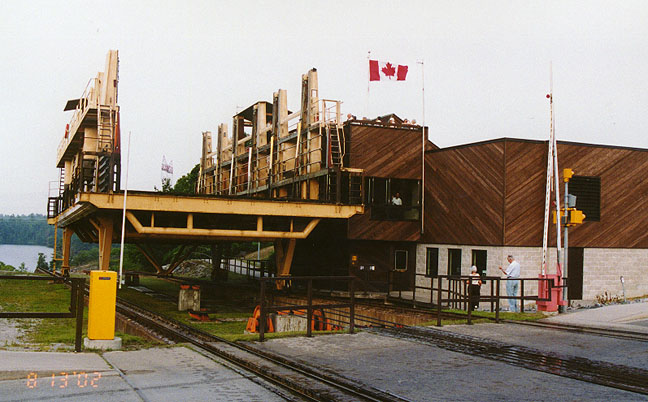 Unlike the old railway, a double track keeps the new carriage level at all times. A system of slings and inflation devices hold the boats securely in place. 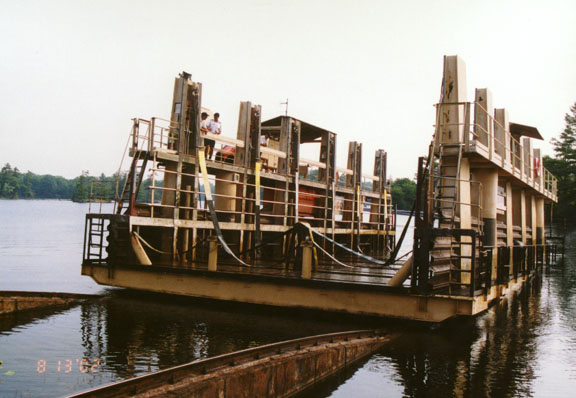 Although a conventional lock would have been simpler, the marine railway was elected to prevent the possible migration of  sea lamprey from Georgian Bay into the Trent-Severn system. 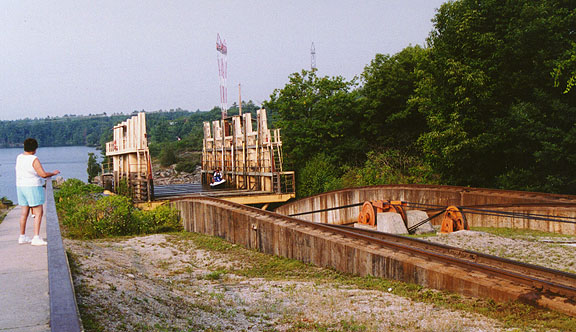 operating to bring jet boat to the higher lake

In addition to the Sea Lamprey, another foreign species in the Waterway is the Zebra mussel. Zebra mussels are tiny striped shellfish that made their first Canadian appearance in Lake St.Clair in 1988. They are thought to have been brought to North America from Europe in 1988, via bilge water dumped by an ocean freighter in the Great Lakes. 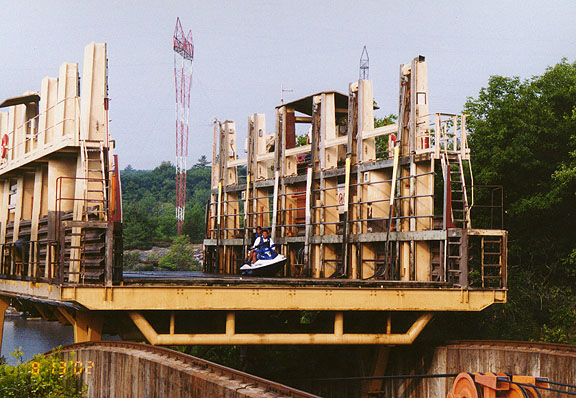 Zebra mussels live in large colonies, attaching to hard surfaces such as rocks, hulls, buoys, docks, and water intake pipes. (not the Kawartha Voyageur — the hull is painted with a special anti-fouling paint that includes hot pepper to deter the mussels from sticking!) They have very sharp edged shells, and make beaches unfit for swimming. They also disrupt the aquatic ecosystem by eating the microscopic plants (phytoplankton) and animals (zooplankton), which, in turn, are food for larger animals such as young fish; therefore negatively impacting fish populations. 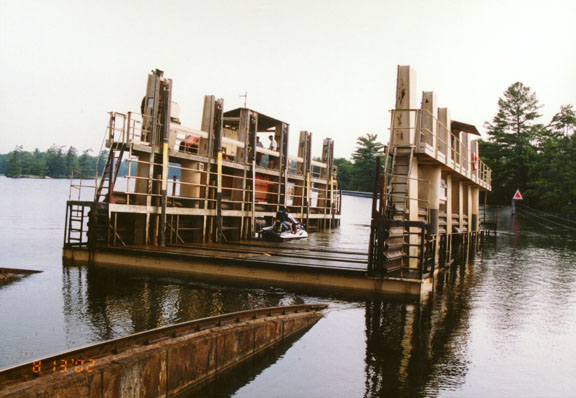 On the positive side, these mussels filter suspended materials from the water, improving its clarity, and are also a food source for some birds. 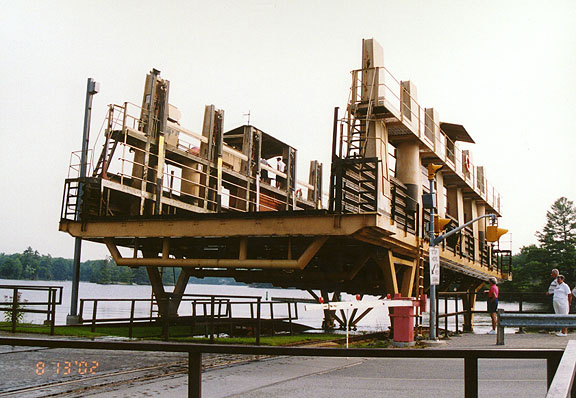 structure as it crosses the auto roadway

The power plant here at the Chute began operations in 1911. It was owned by the Simcoe Railway and Power Company and supplied hydroelectric power for the towns of Midland, Penetanguishene, Victoria Harbor, Port McNichofl, Coidwater, Barrie and Orillia. The plant was particularly worthy of note at the time as being the largest hydraulic source of power in the central district, and was destined to serve a radius of 75 miles (121km). 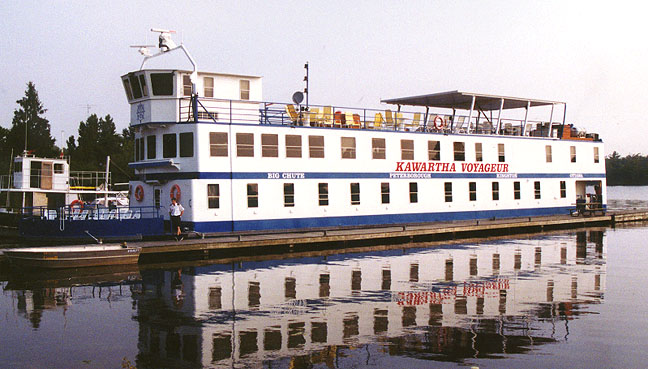 the Kawartha Voyageur, docked up water at Big Chute
(at 175 tons, is too long and heavy for the big chute marine railroad)
so we board here to head South on the Trent - Severn Waterway

This plant was to play an important role in the development of public control, as it was the first plant to be purchased by the newly formed Hydro Commission, in 1914, which became Ontario Hydro, and is now Ontario Power Generation. 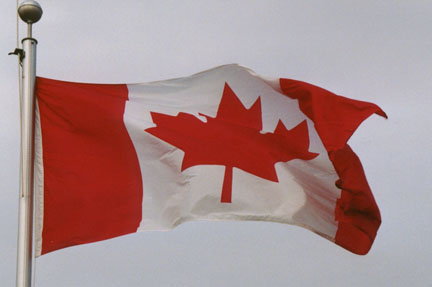