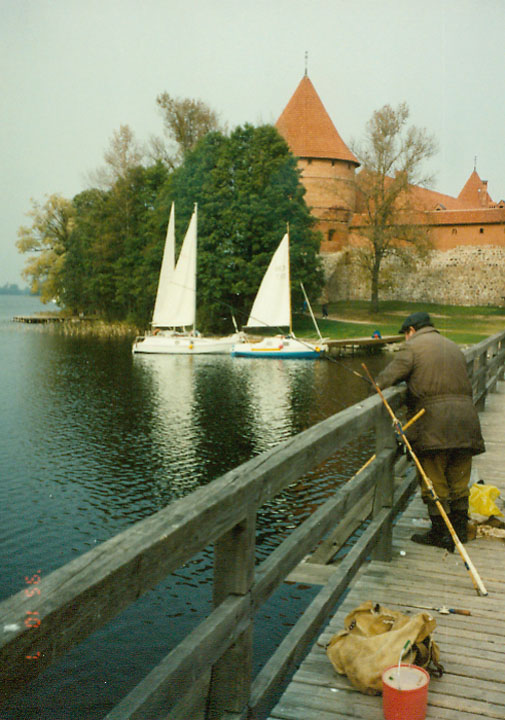 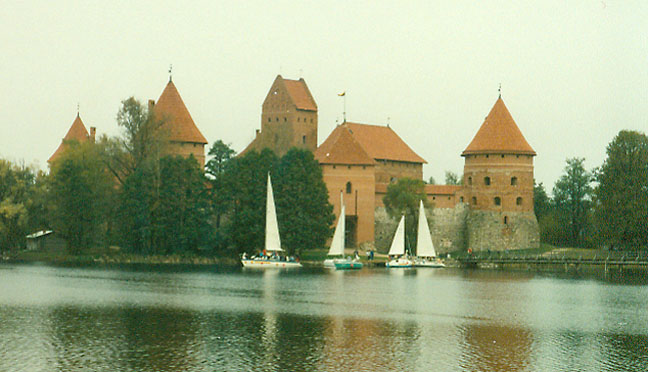 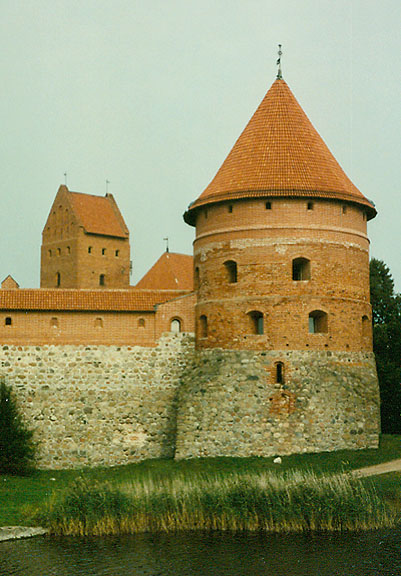 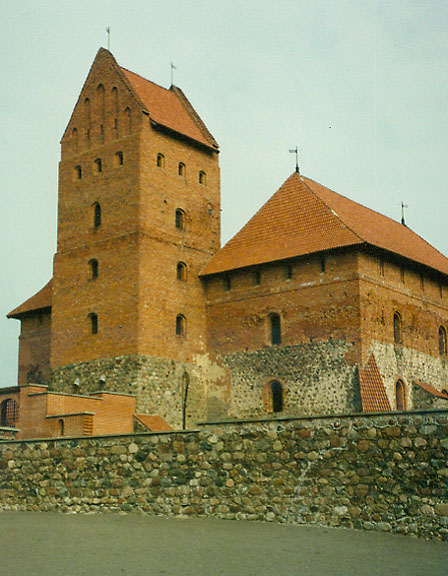 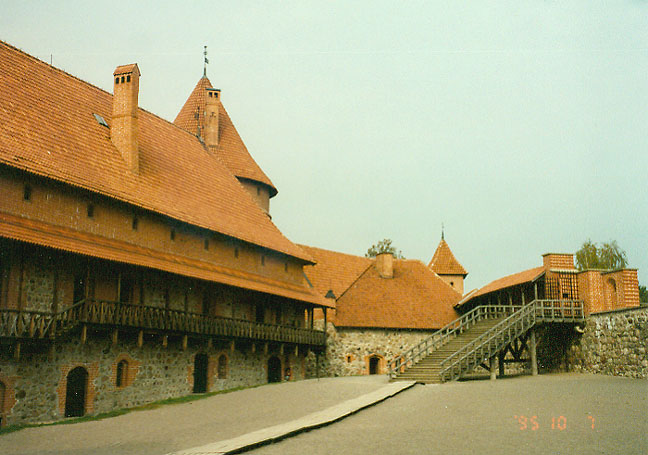 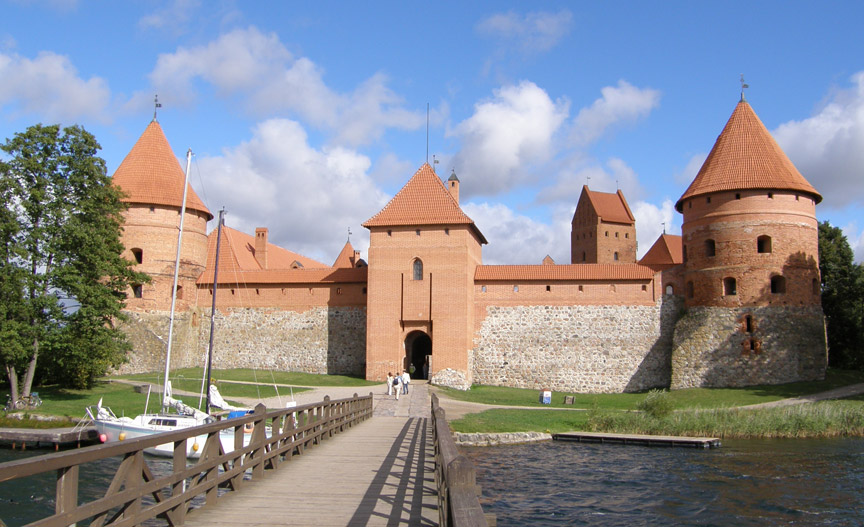 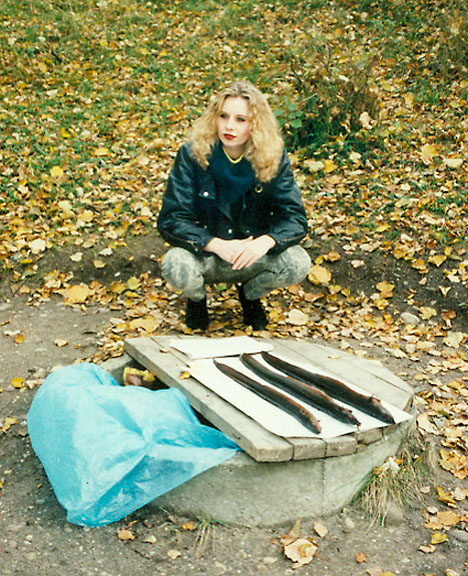 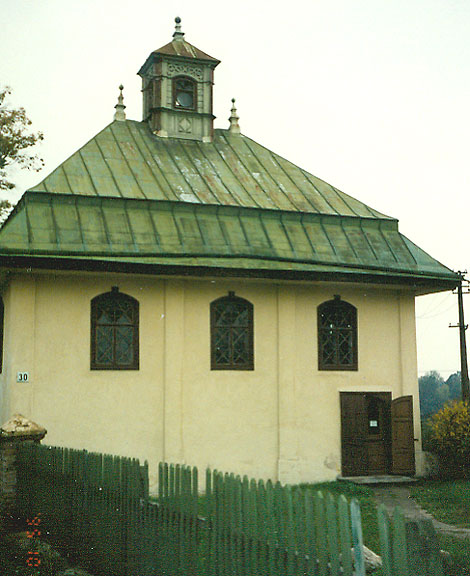 More Photos of the town of Trakai 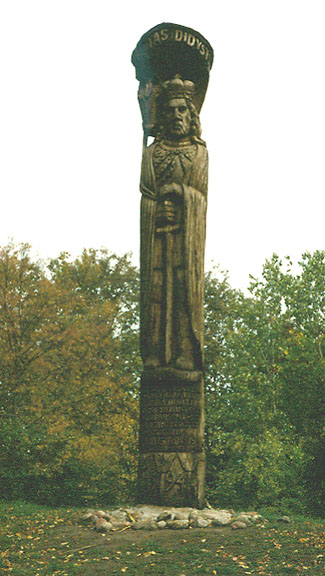 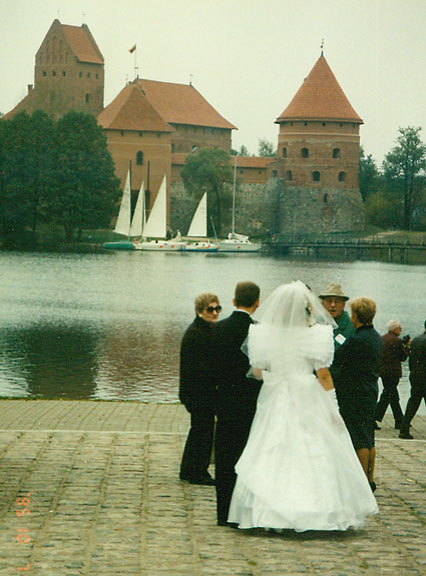 a favorite spot for Wedding Photos 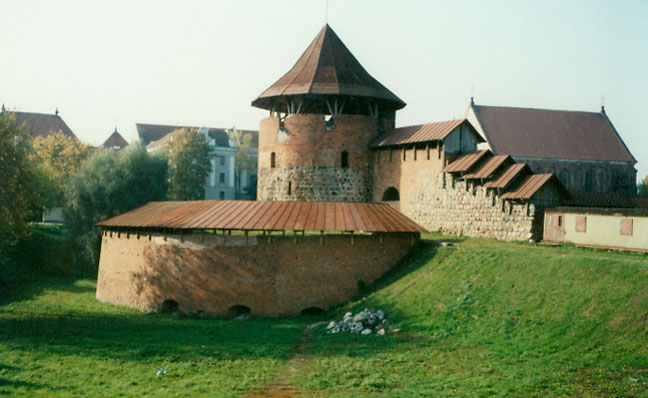 Kaunas (Russian Kovno), city in central Lithuania, a port at the confluence of the Neman (Nemunas) and Neris (Viliya) rivers. In the city, which is an industrial and commercial center, textiles, processed food, metal goods, and machinery are produced. Kaunas is the site of an agricultural school, a polytechnic institute, and several museums. 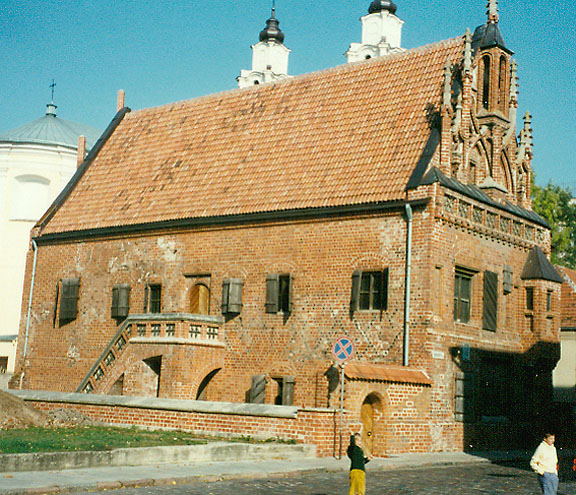 Among its many points of historical interest are the ruins of a 14th-century castle, the Lithuanian-Gothic Vytautas Church (15th century), and a 17th-century monastery. 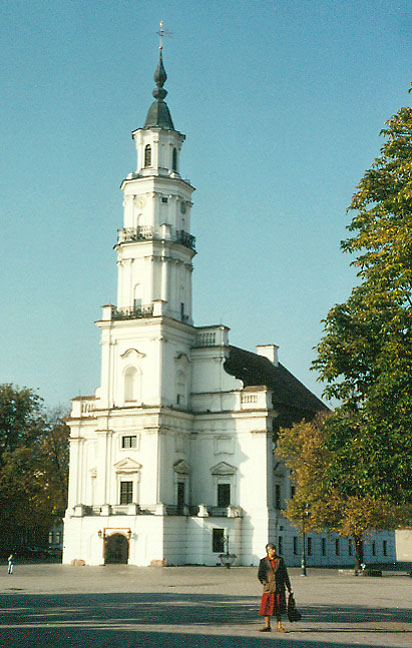 Probably founded by AD1000, Kaunas was fortified (13th to 14th centuries) against the Teutonic Knights by the Lithuanians. It passed to Poland in the late 16th century and was acquired by Russia as a result of the third partition (1795) of Poland. 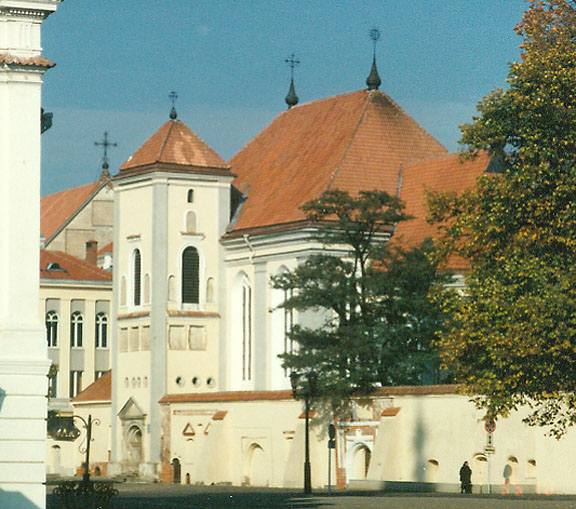 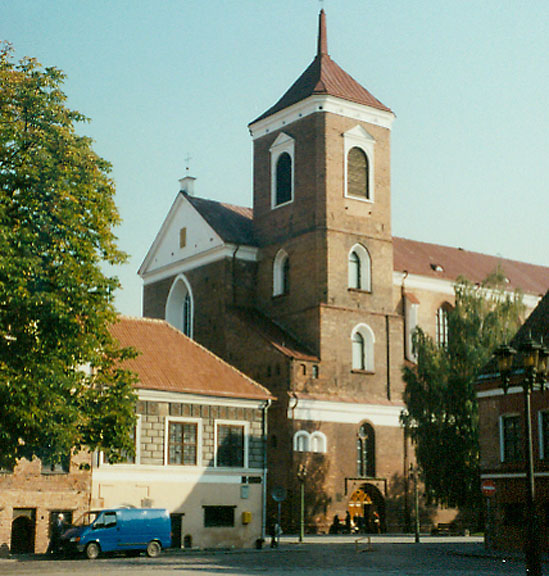 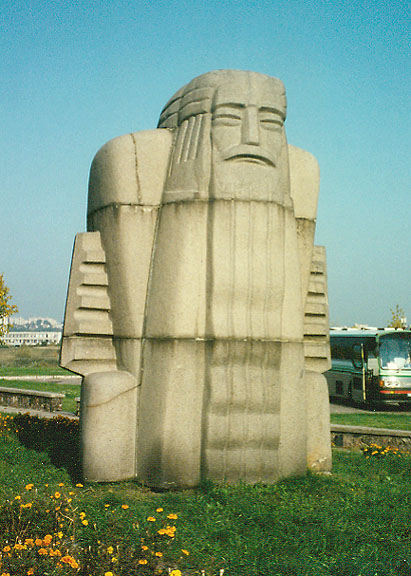 statue of Maironia
(priest and poet) 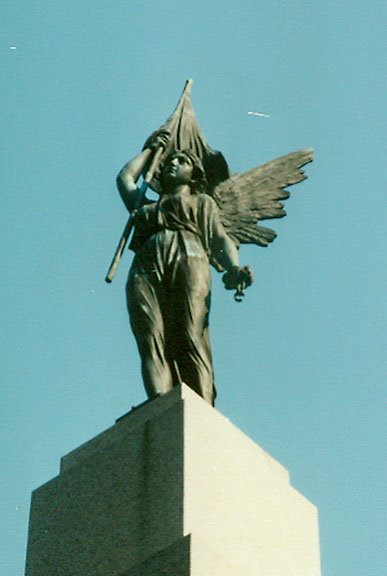 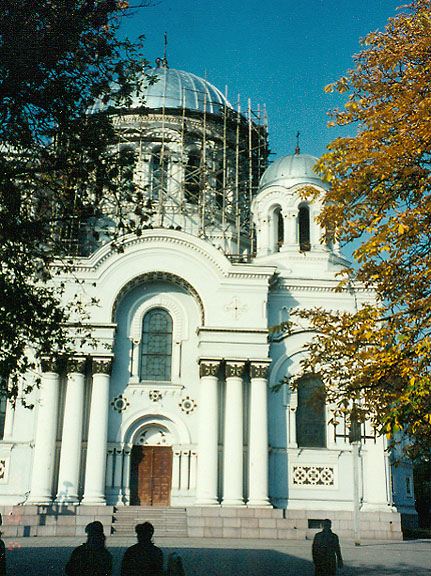