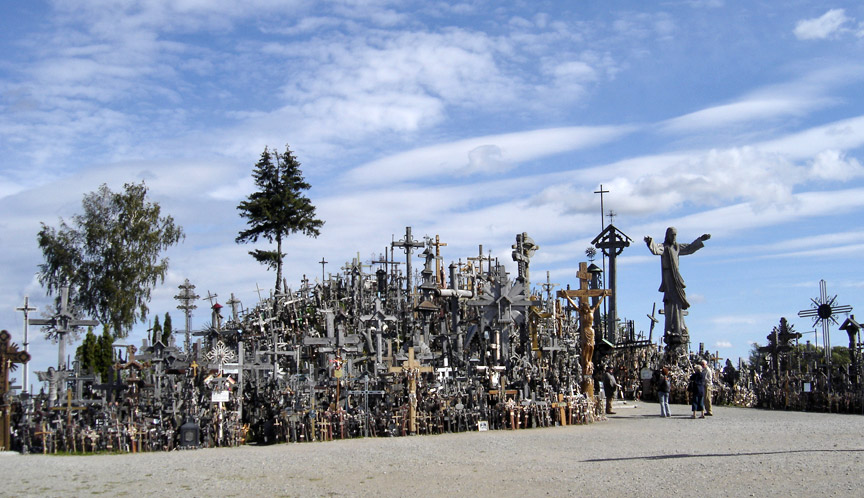 The Hill of Crosses (Lithuanian: Kryžių kalnas) is a site of pilgrimage about 12 km north of the city of Šiauliai, in northern Lithuania. The exact origins are unknown, but it is considered that the first crosses were placed on the former Jurgaičiai or Domantai hill fort after the 1831 Uprising. Over the centuries, not only crosses, but giant crucifixes, carvings of Lithuanian patriots, statues of the Virgin Mary and thousands of tiny effigies and rosaries have been brought here by Catholic pilgrims. The number of crosses is unknown, but estimates put it at about 50,000. 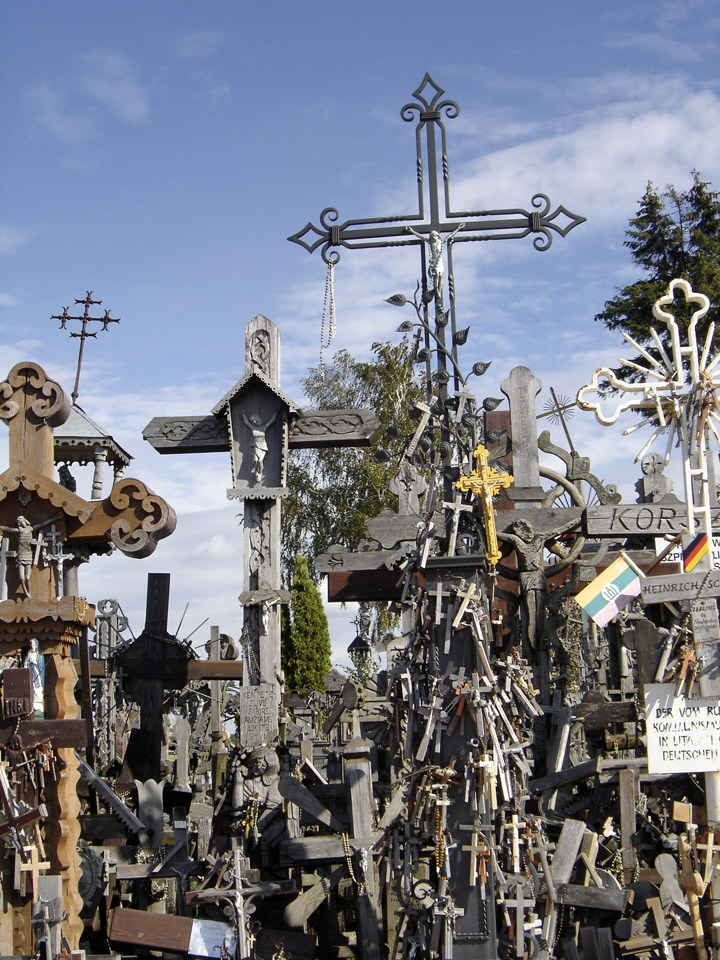 Over the centuries, the place has come to signify the peaceful endurance of Lithuanian Catholicism despite the threats it faced throughout history. After the 3rd partition of the Polish-Lithuanian Commonwealth in 1795, Lithuania became part of the Russian Empire. Poles and Lithuanians unsuccessfully rebelled against Russian authorities in 1831 and 1863. These two uprisings are connected with the beginnings of the hill: as families could not locate bodies of perished rebels, they started putting up symbolic crosses in place of a former hill fort. 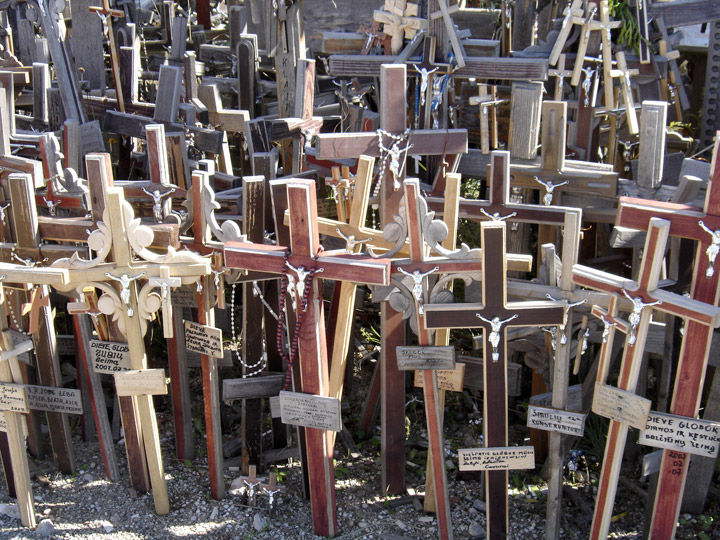 can buy and leave a cross

When the old political structure of Eastern Europe fell apart in 1918, Lithuania once again declared its independence. Throughout this time, the Hill of Crosses was used as a place for Lithuanians to pray for peace, for their country, and for the loved ones they had lost during the Wars of Independence. 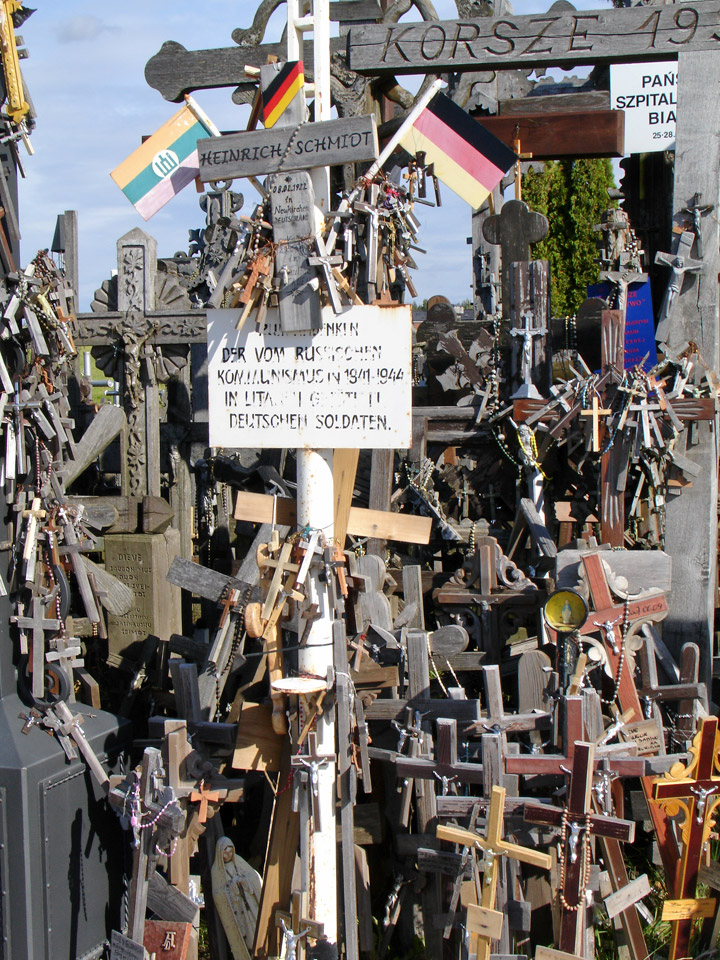 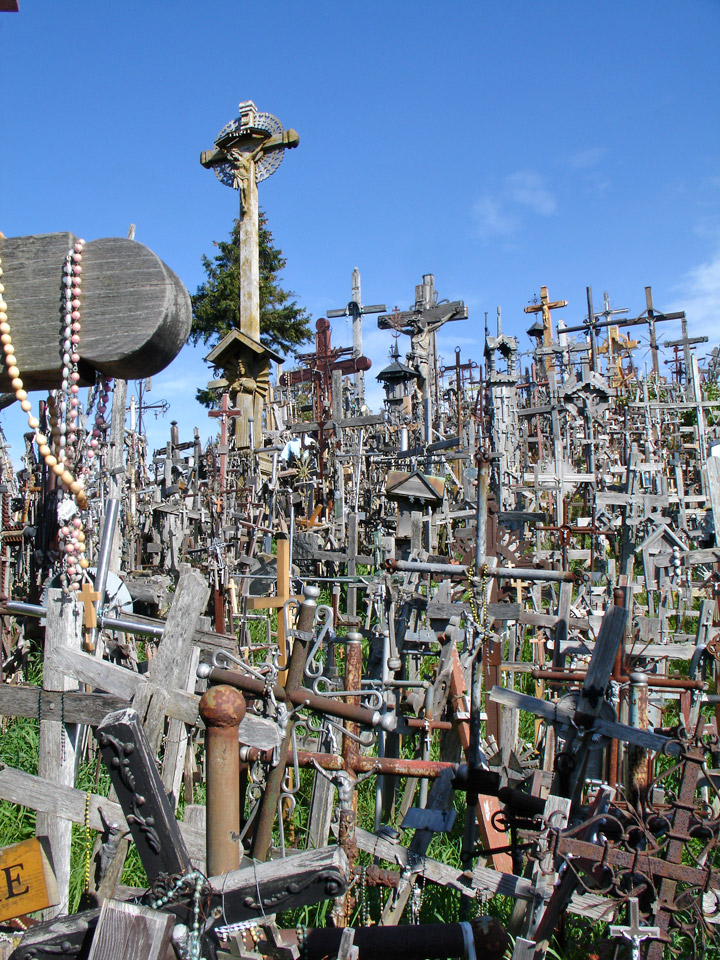 Most recently, the site took on a special significance during the years 1944-1990, when Lithuania was occupied by the Soviet Union. Continuing to travel to the Hill and leave their tributes, Lithuanians used it to demonstrate their allegiance to their original identity, religion and heritage; it was a venue of peaceful resistance. Although the Soviets worked hard to remove new crosses, and bulldozed the site at least three times (including attempts in 1963 and 1973). There were even rumors that the authorities planned to build a dam on the nearby Kulvė River, a tributary to Mūša, so that the hill would end up under water. 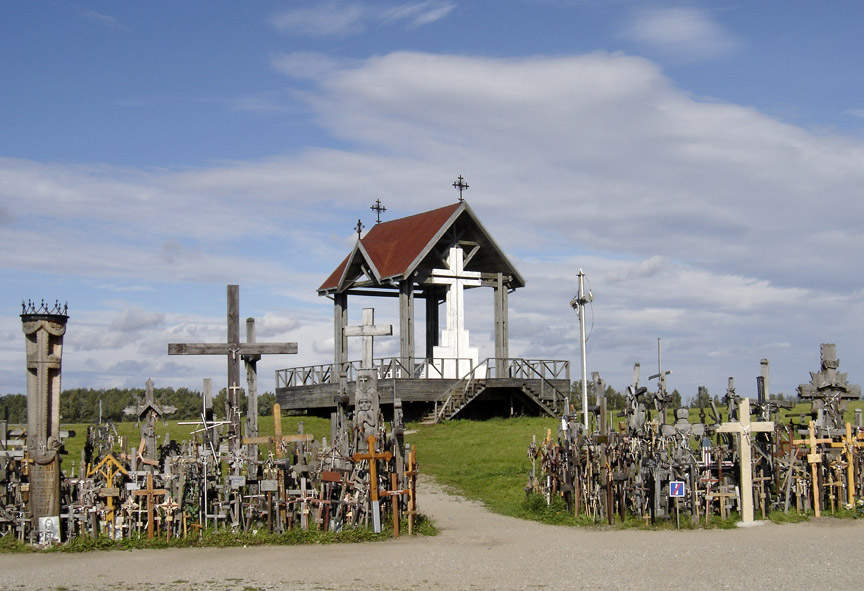 On September 7, 1993, Pope John Paul II visited the Hill of Crosses, declaring it a place for hope, peace, love and sacrifice. In 2000 Franciscan Hermitage was opened nearby. The interior decoration draws links with La Verna, the mountain where St. Francis received his stigmata. The hill remains under nobody's jurisdiction; therefore people are free to build crosses as they see fit. 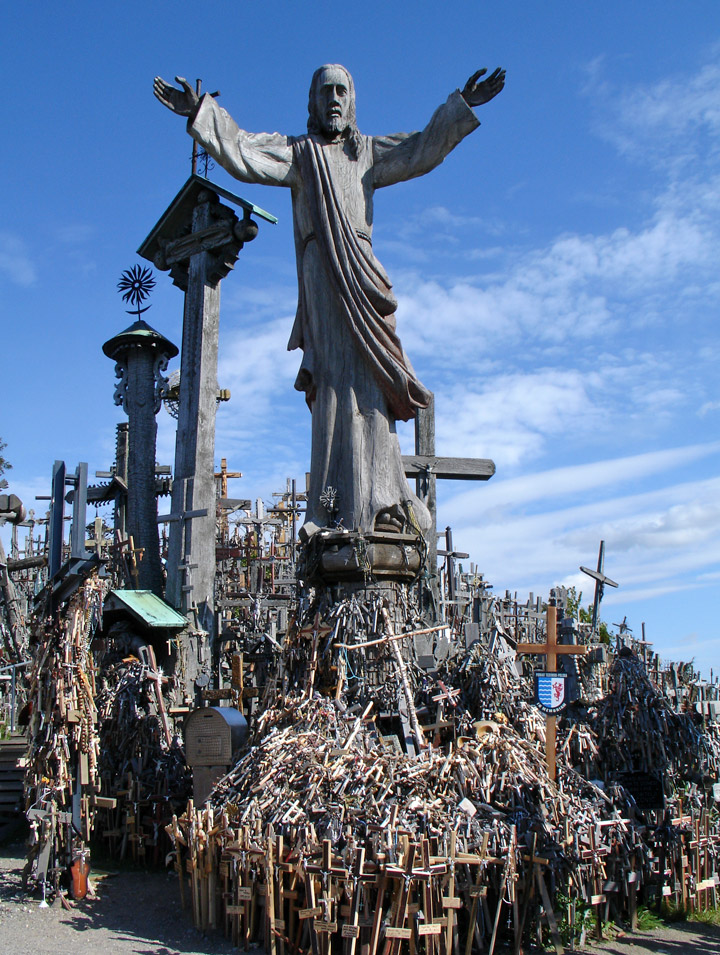 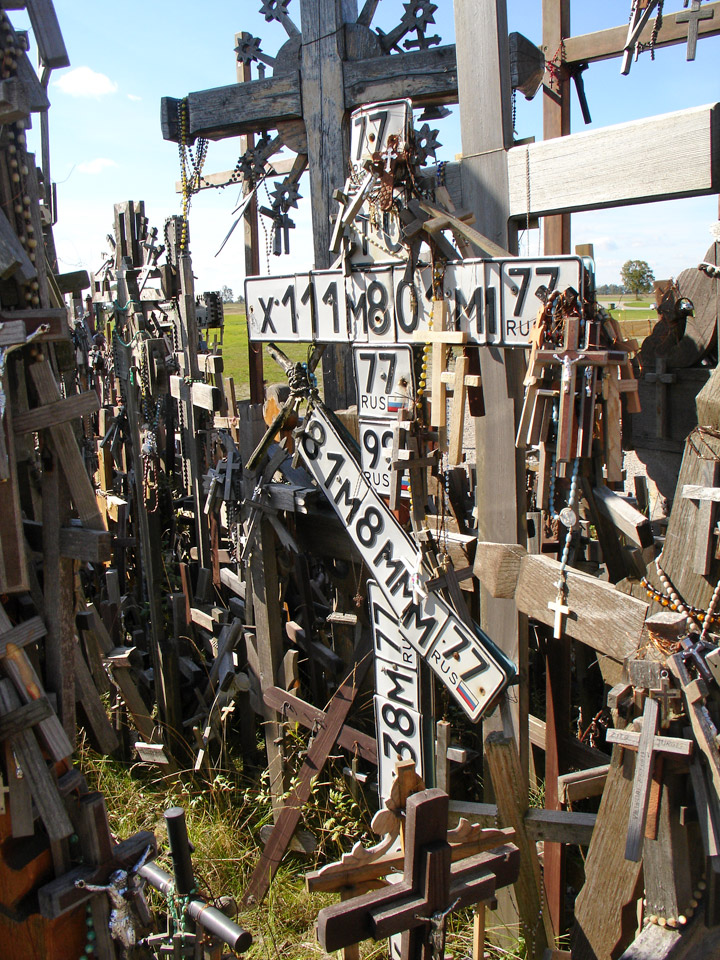 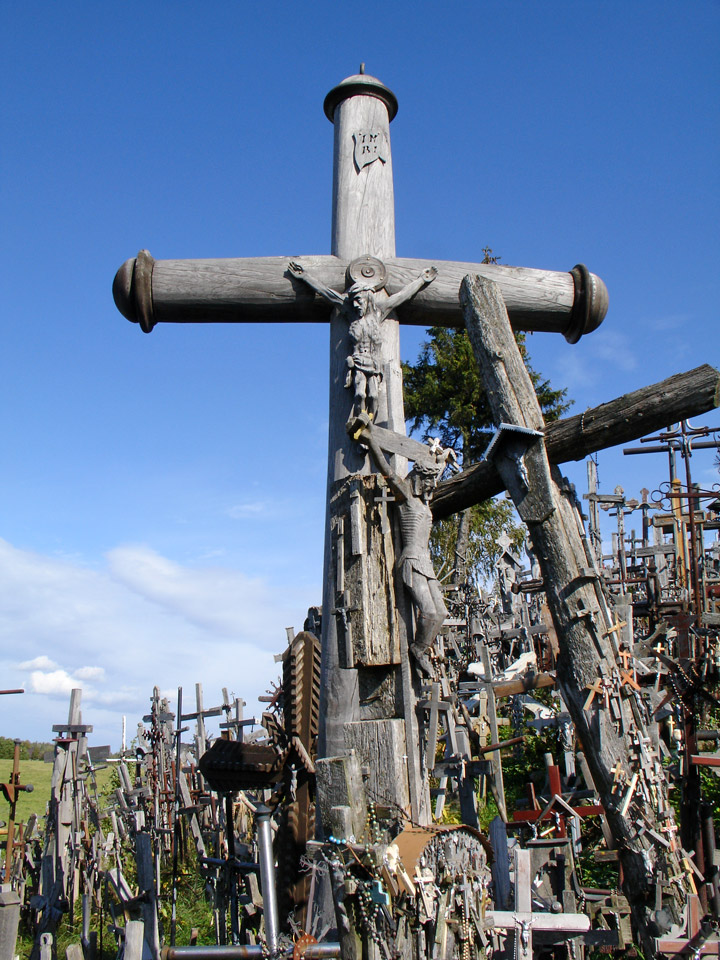 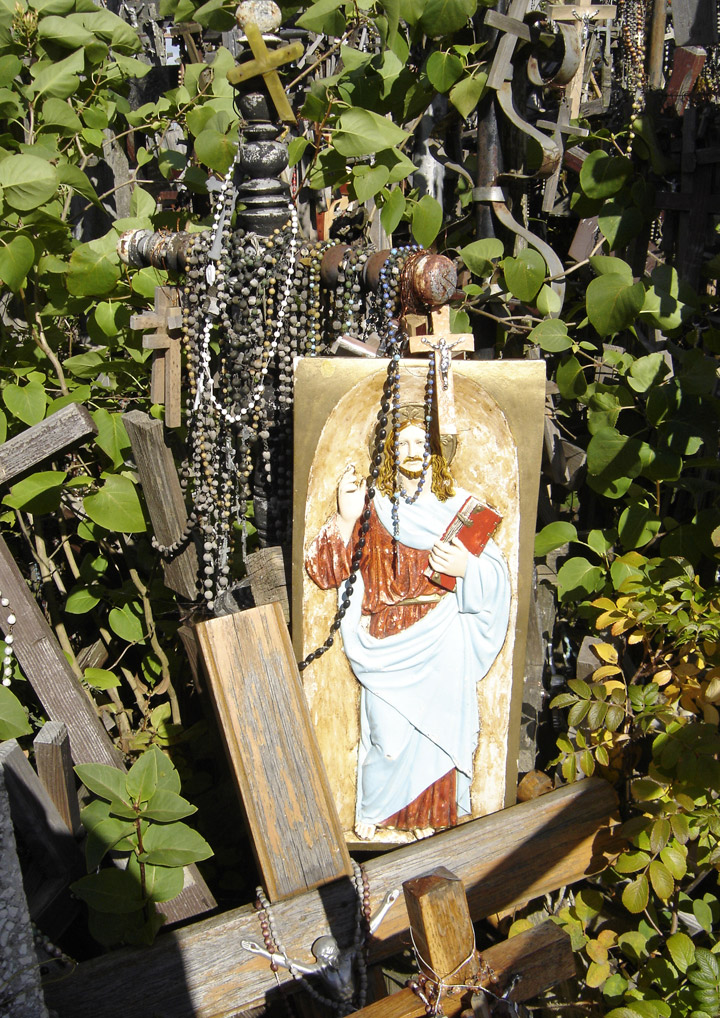 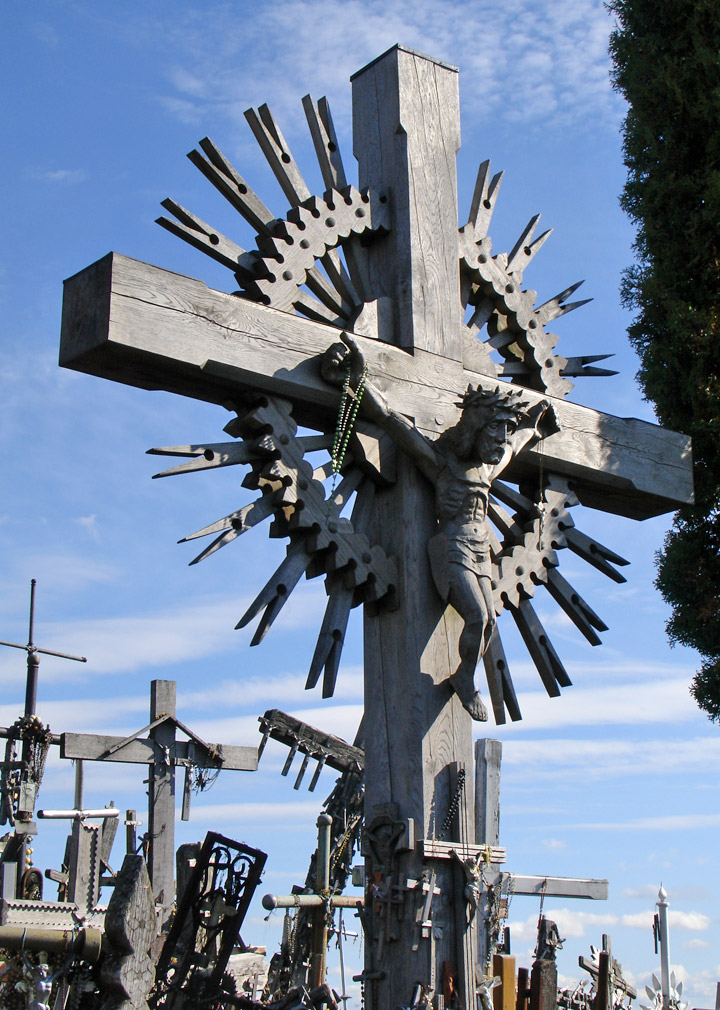 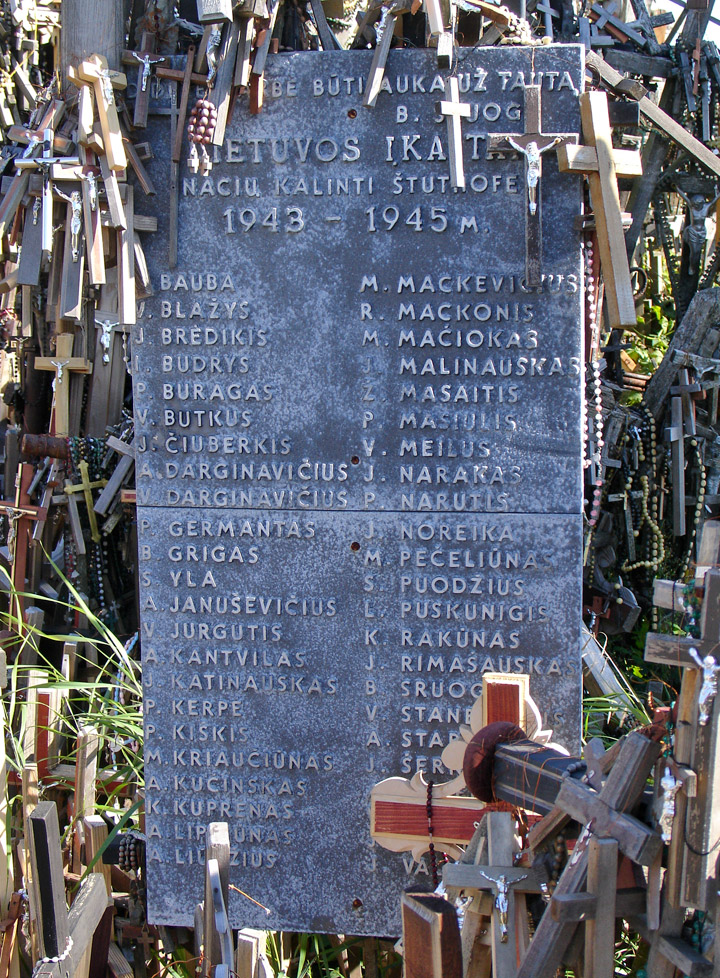 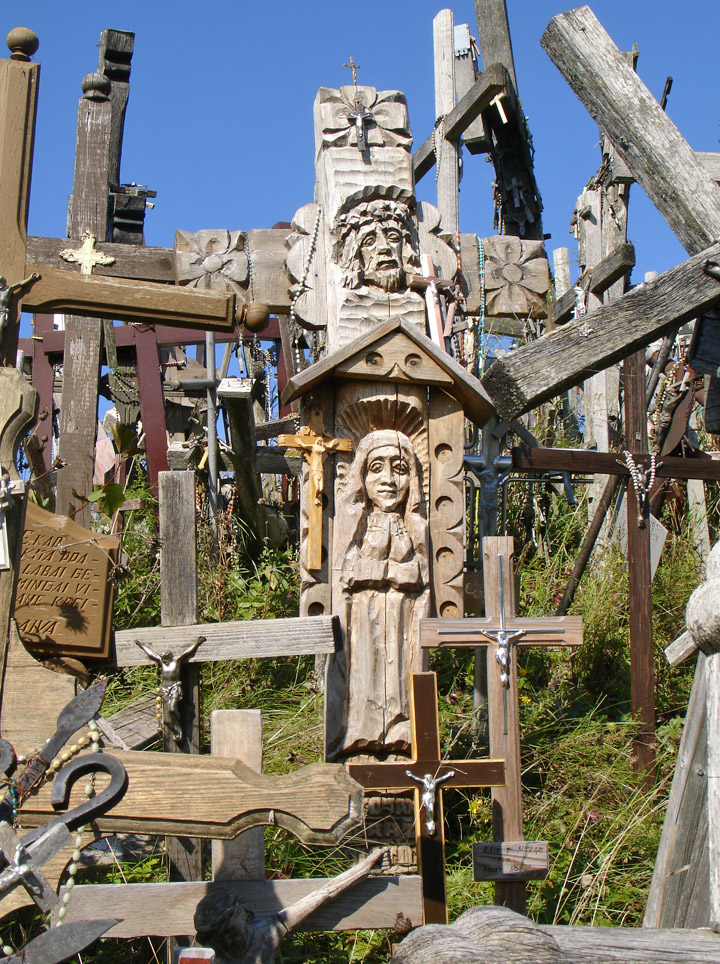 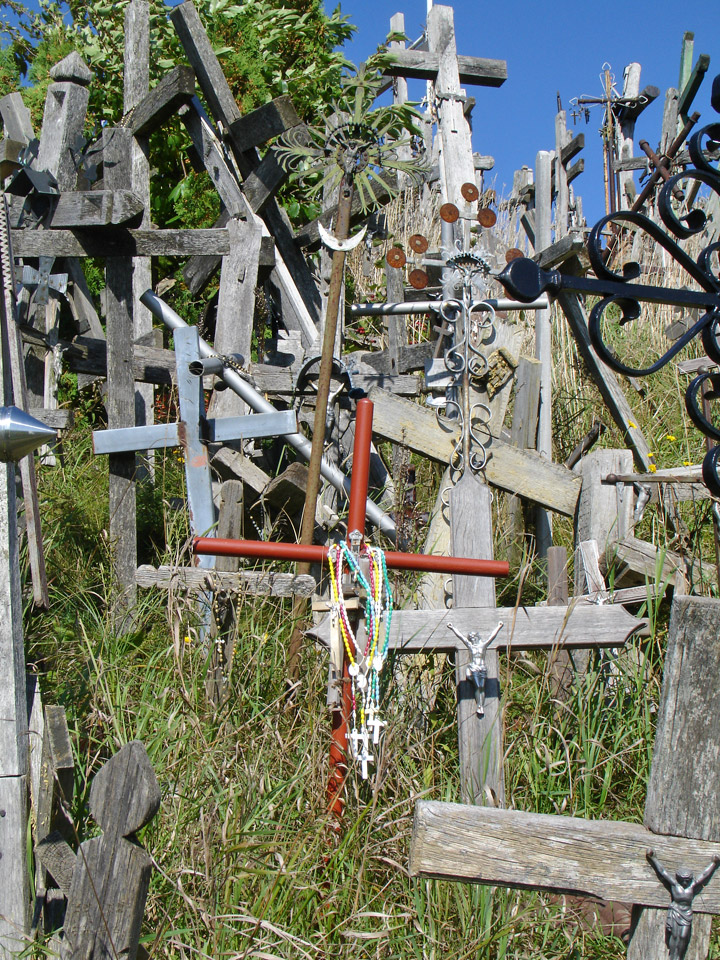 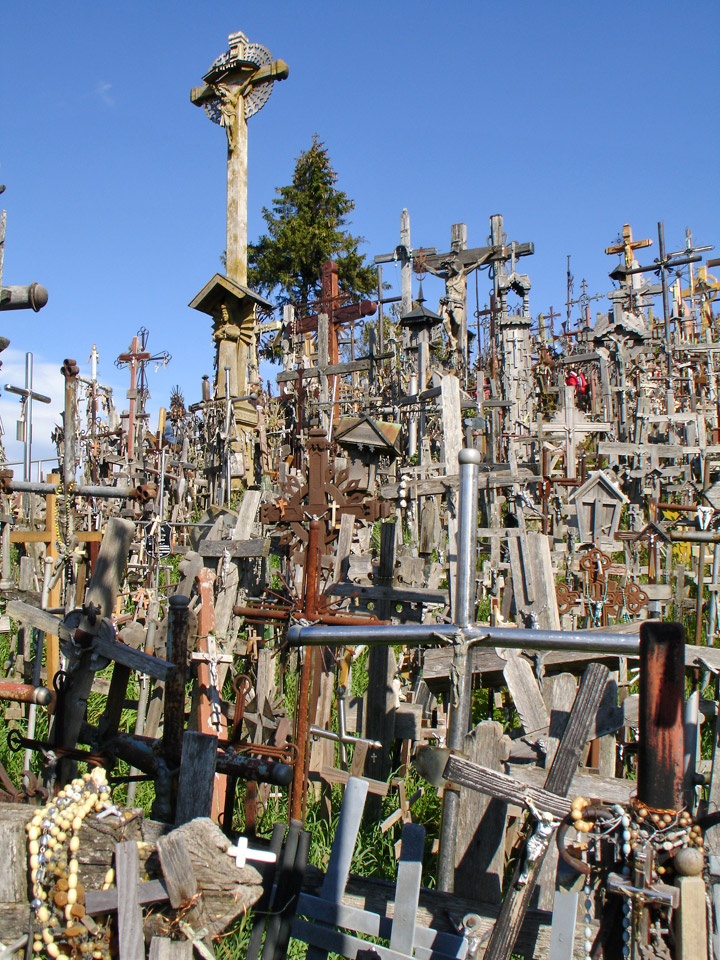 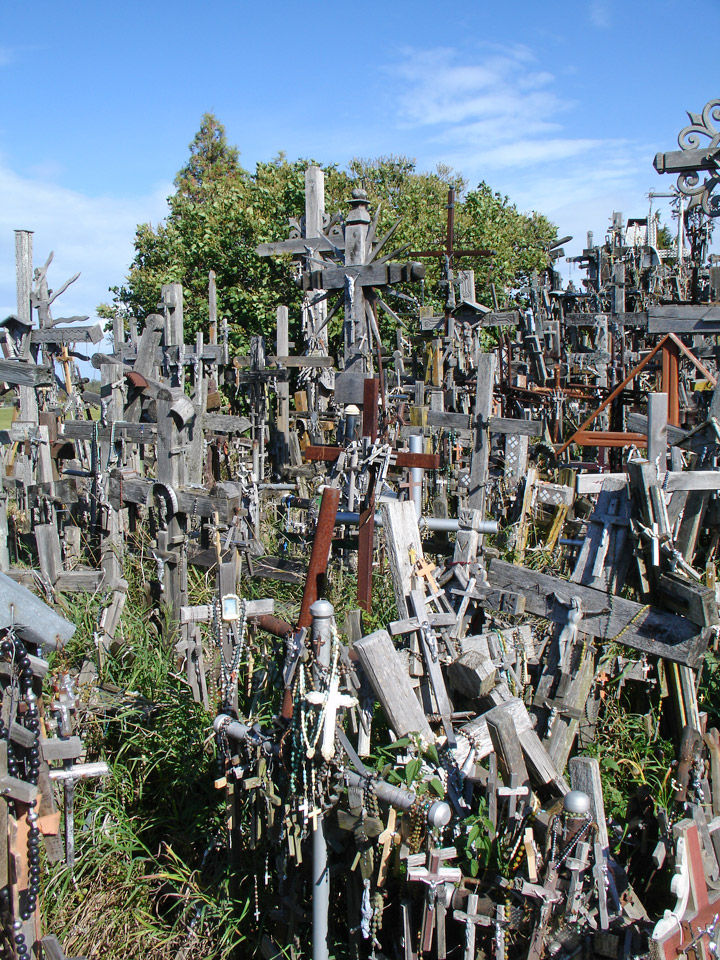 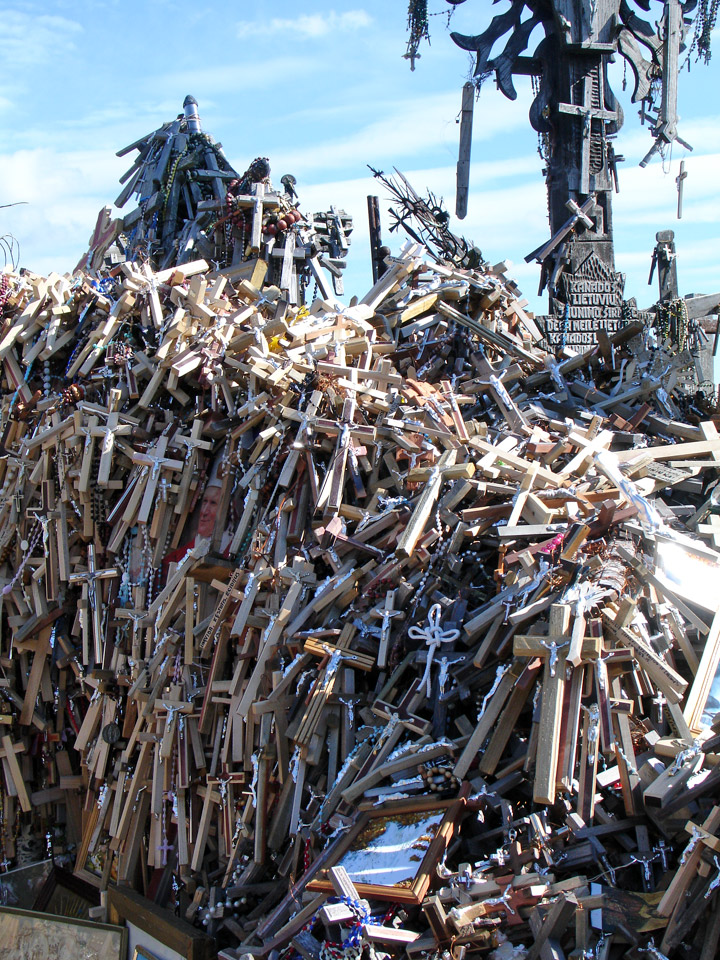 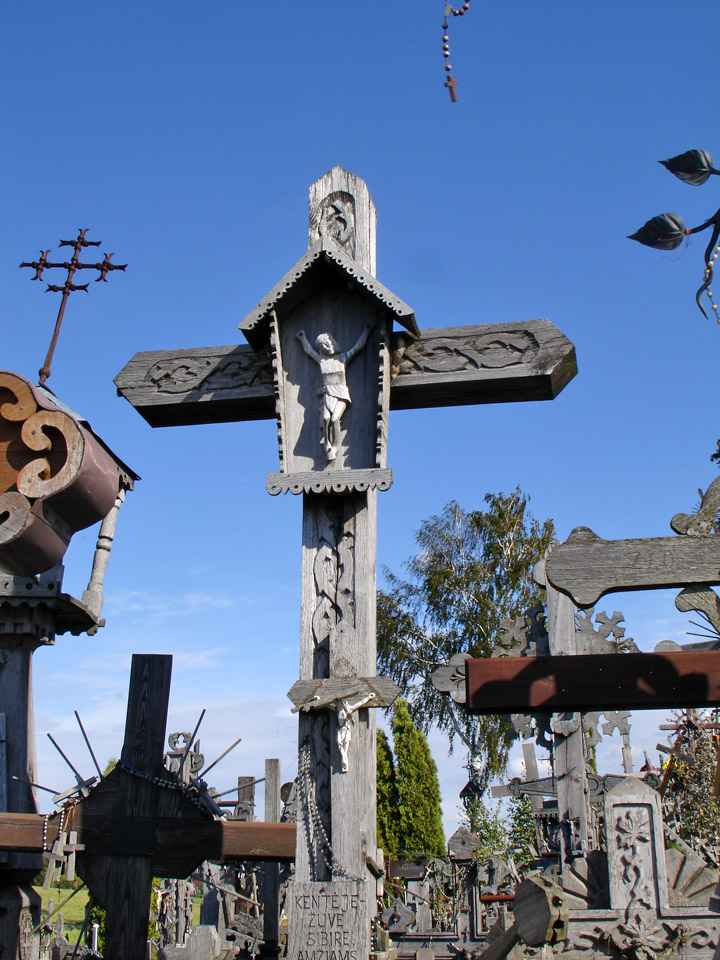 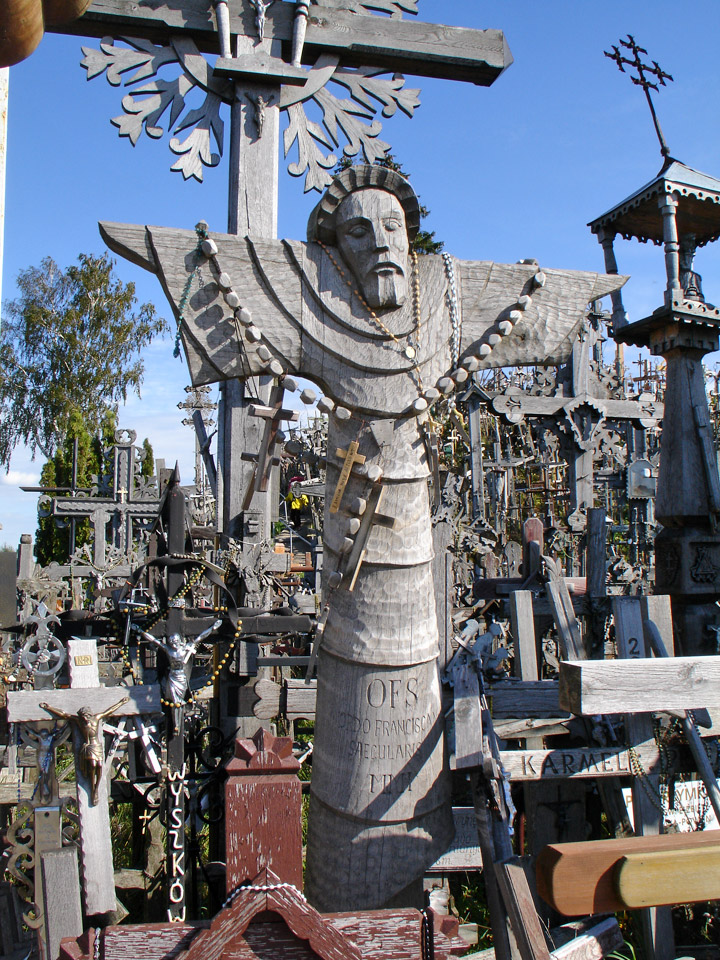 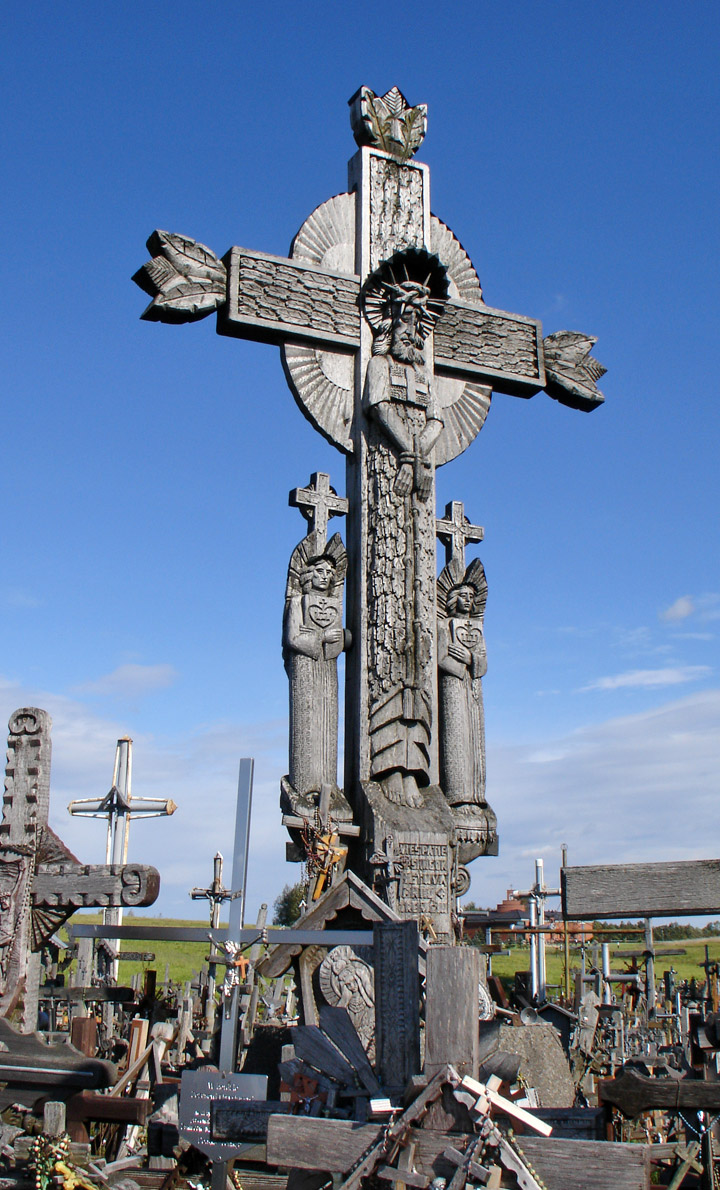 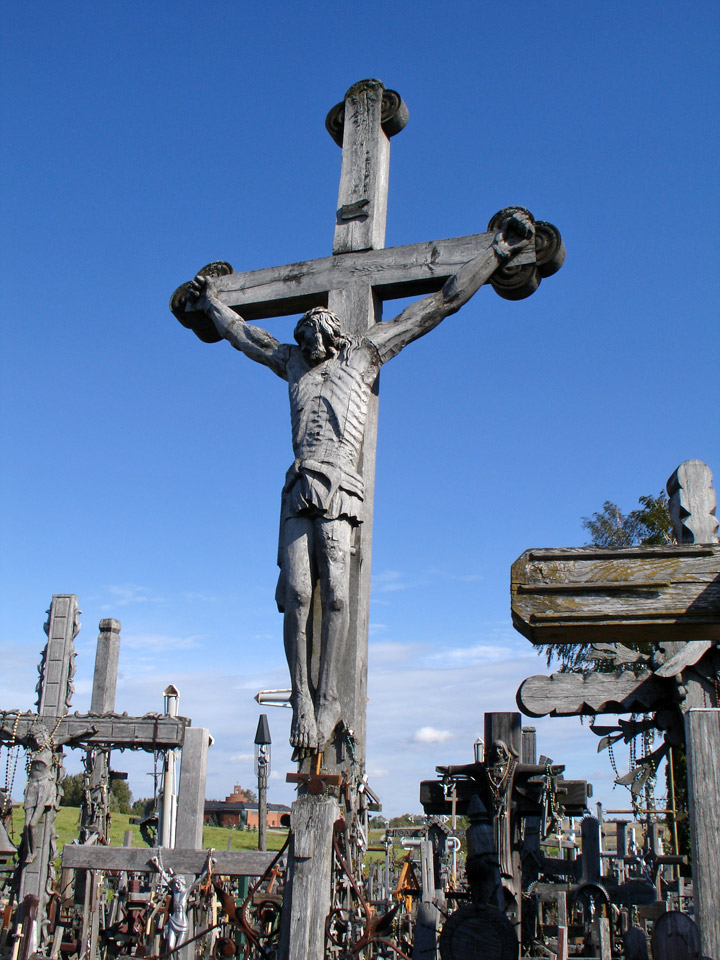 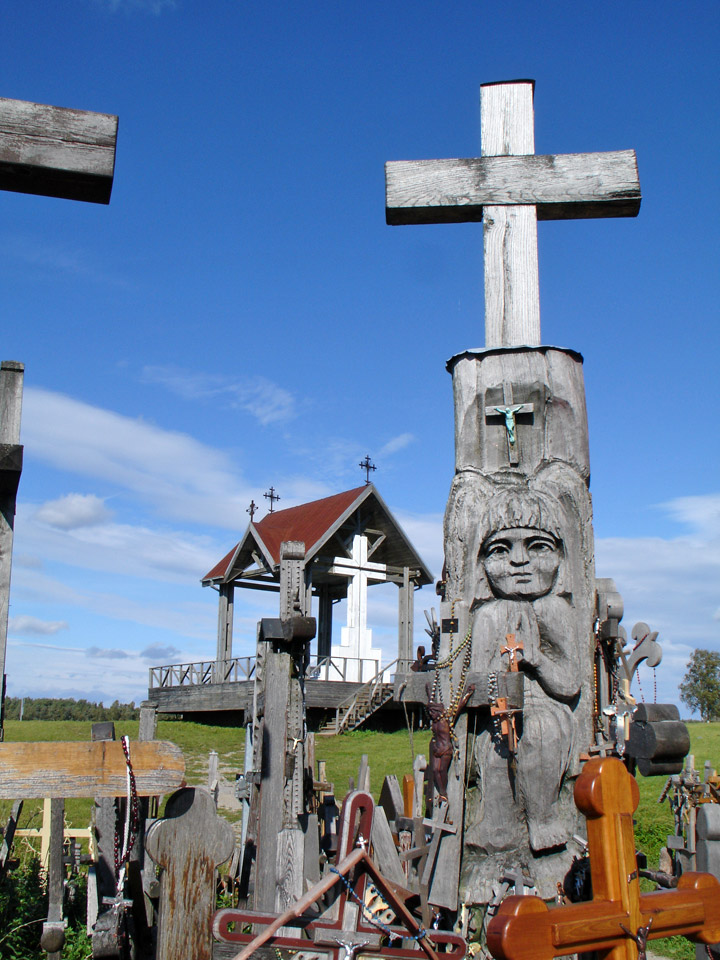 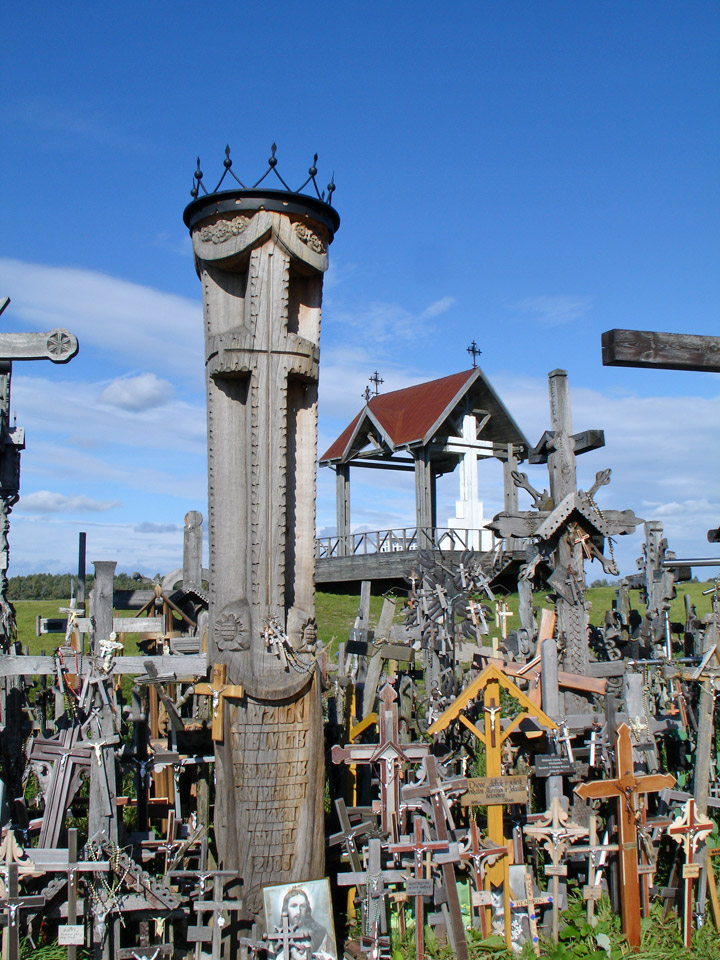 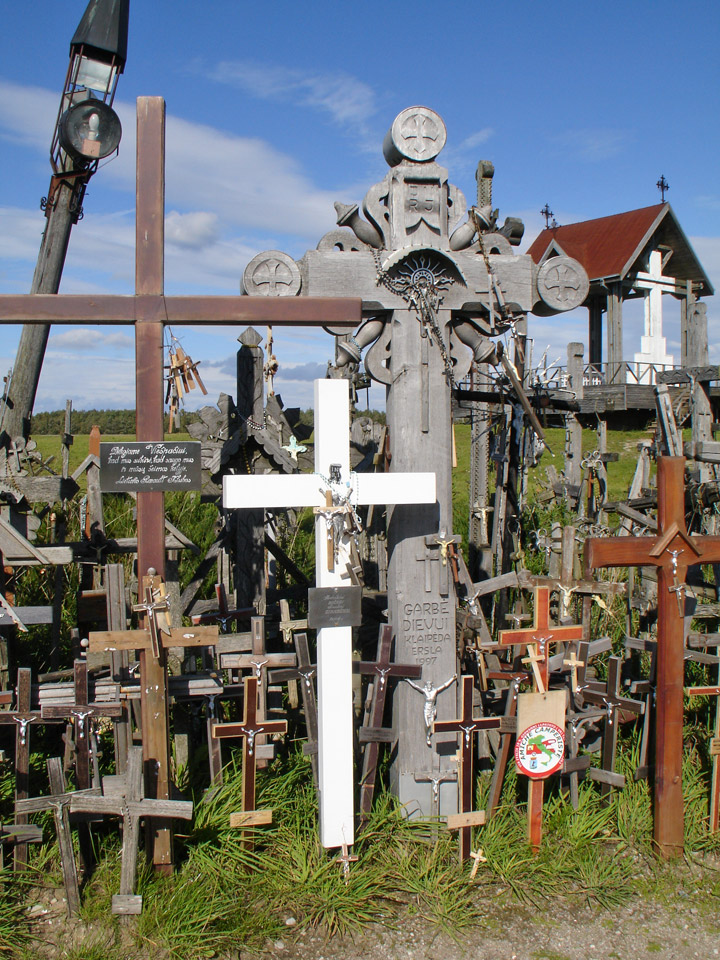 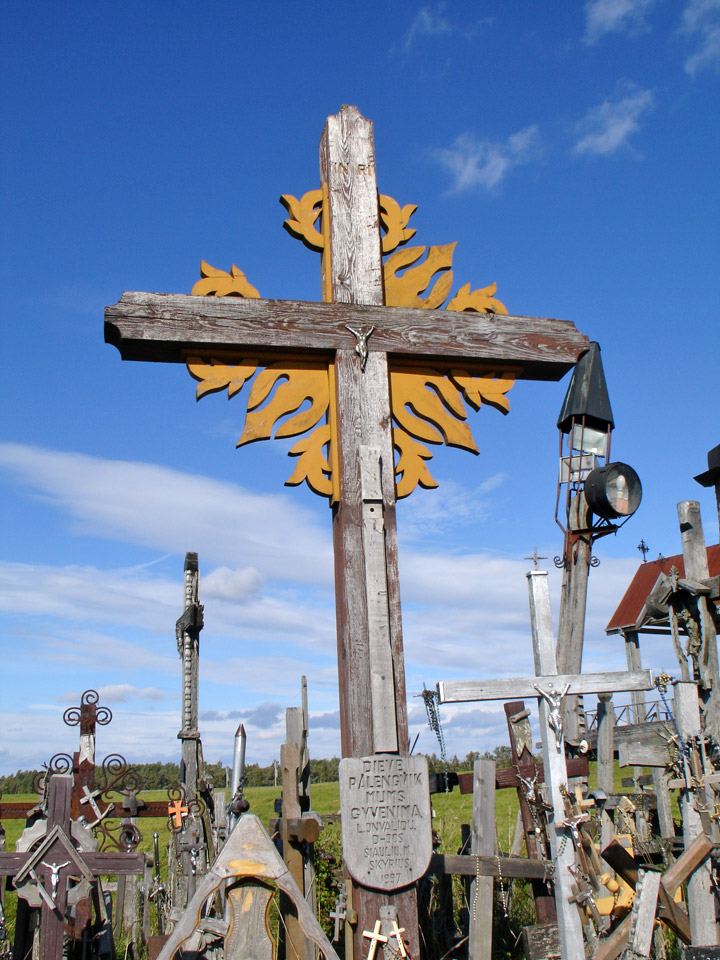 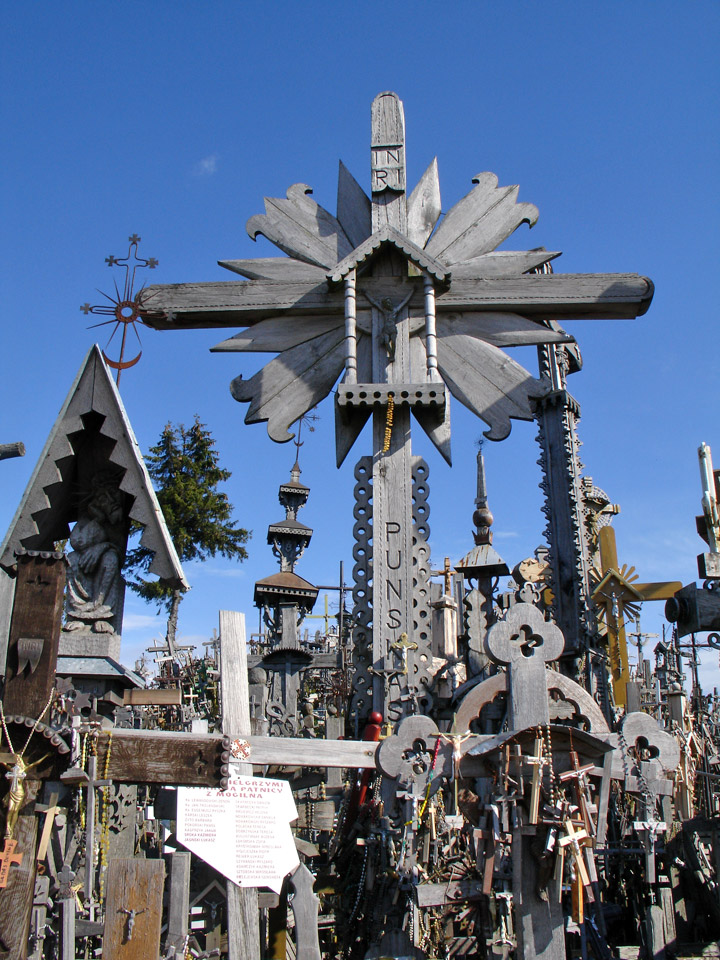 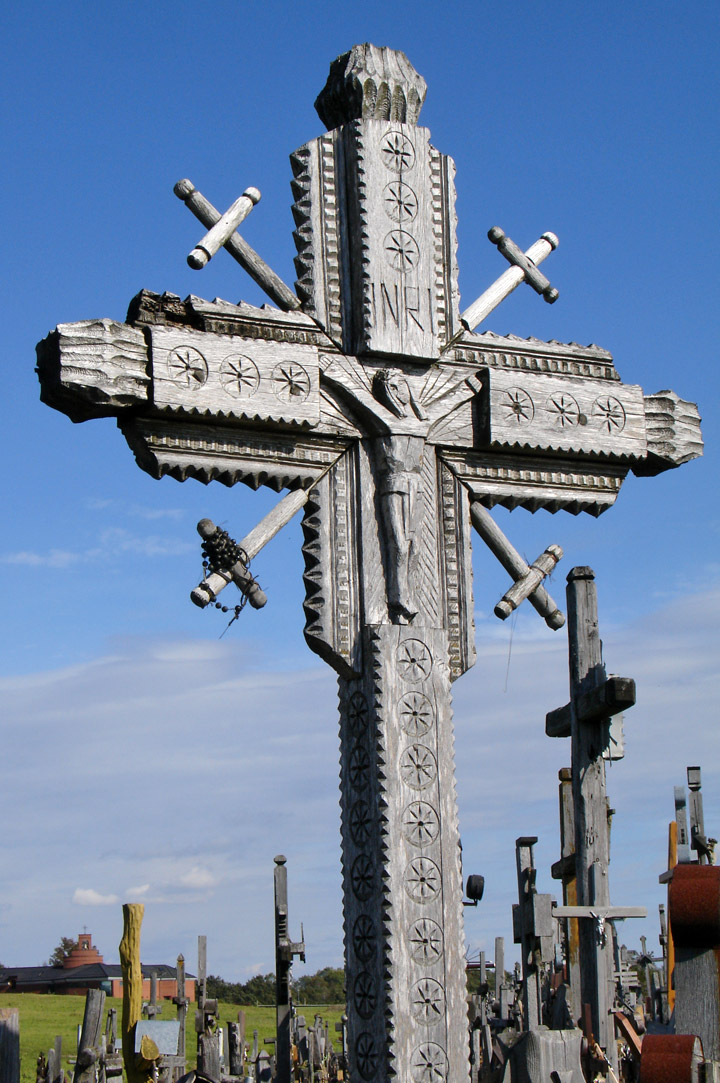 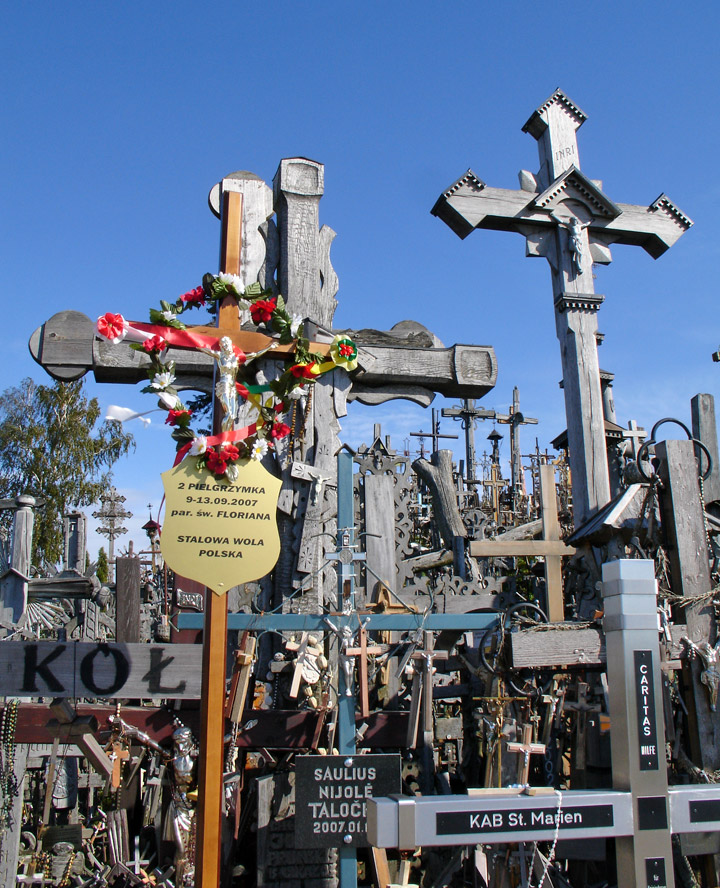 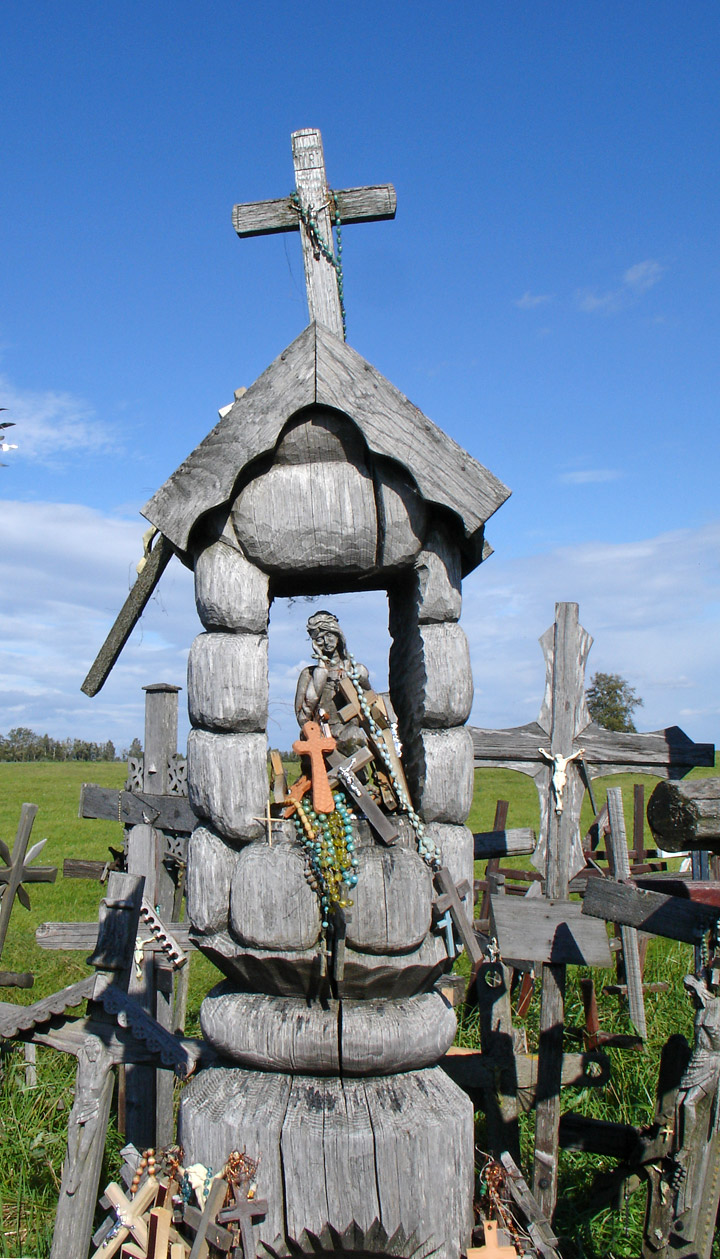 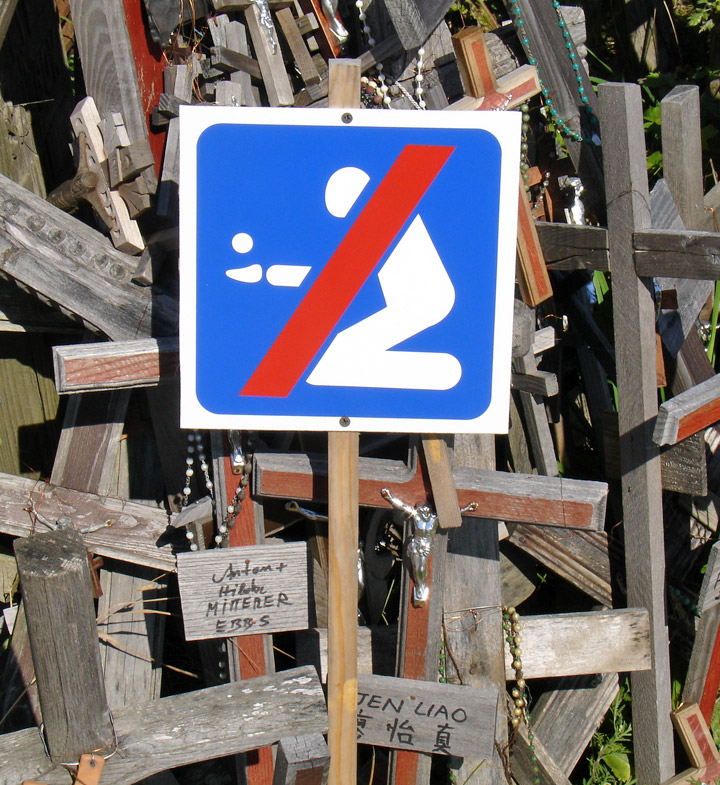