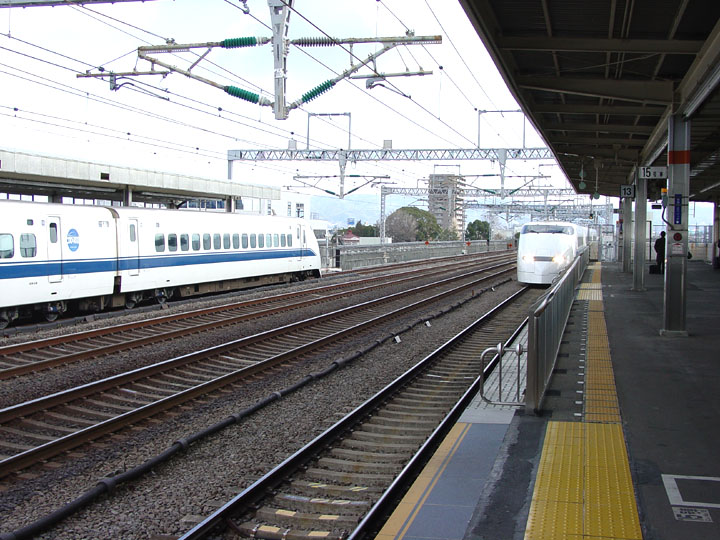 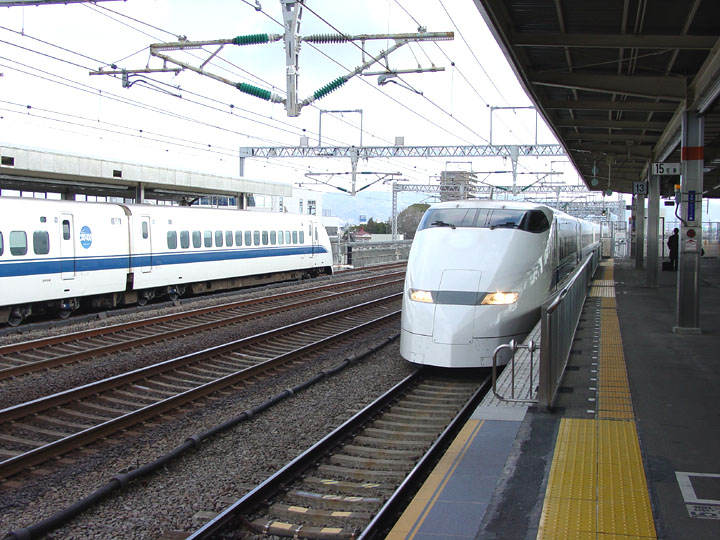 The fastest and best-known train services in Japan are the shinkansen (bullet trains). The shinkansen reach speeds of up to 300km/h and some experimental models have gone significantly faster. In addition to being incredibly fast, shinkansen are also incredibly safe: in more than 30 years of operation, there has never been a fatality. 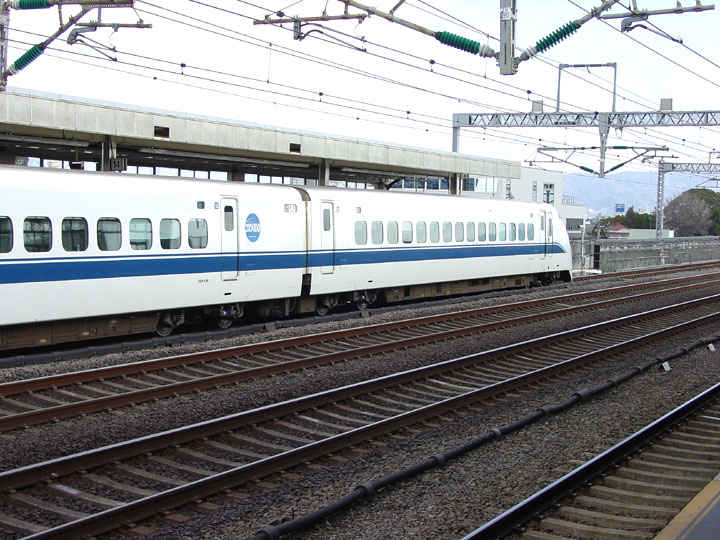 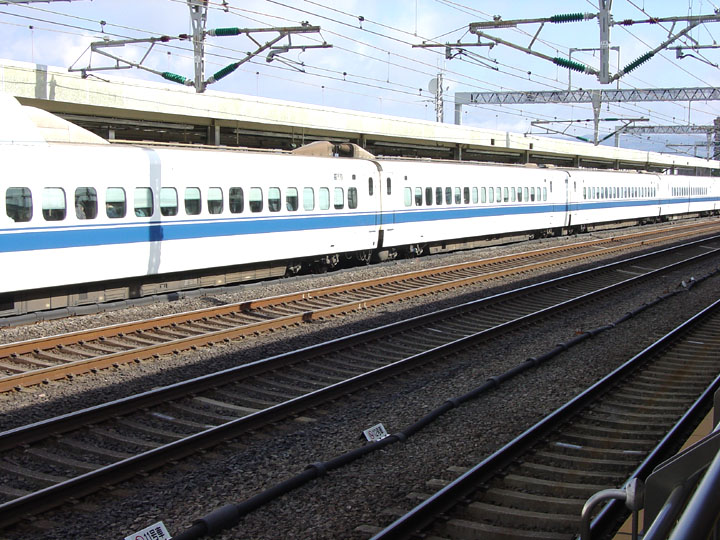 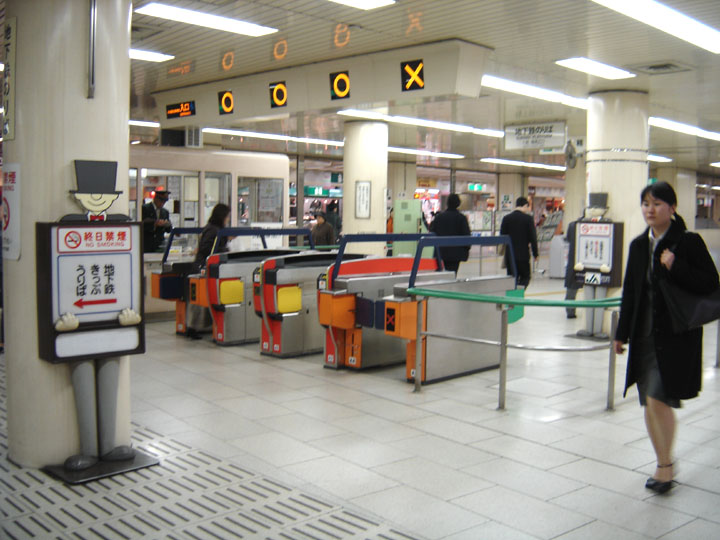 going to the Shinkansen tracks

The service efficiency starts even before you board the train. Your ticket indicates your carriage and seat number, and platform signs indicate where you should stand for that carriage entrance. The train pulls in precisely to the scheduled minute and, sure enough, the carriage door you want is beside where you’re standing. 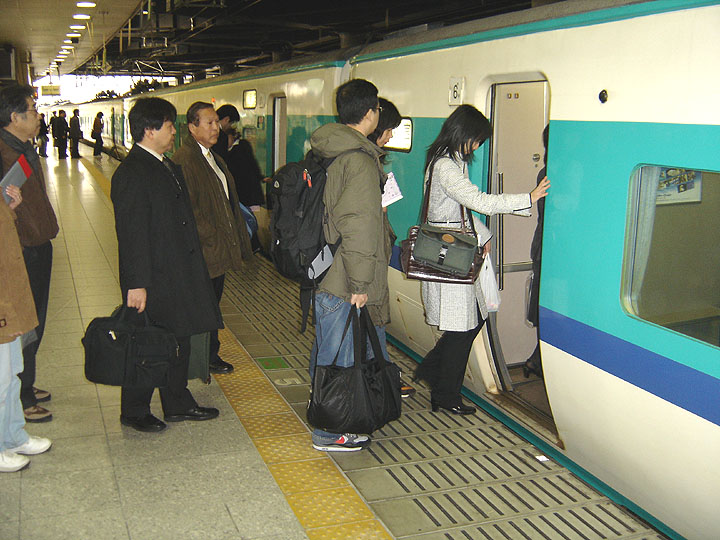 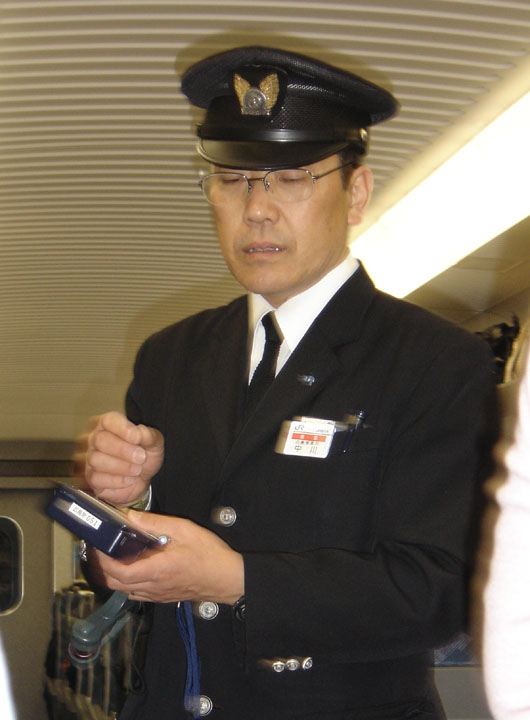 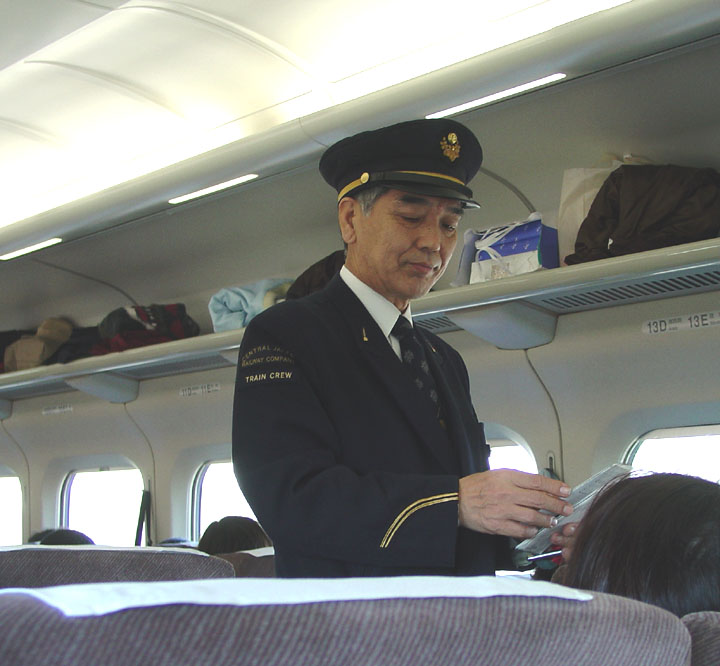 crew checking tickets on the train

On most shinkansen routes, there are two or three types of services: faster express services stopping at a limited number of stations and slower local services stopping at all shinkansen stations. There is no difference in fare with the exception of the super-express Nozomi service on the Tŏkaido/San-yo. shinkansen line. There are, however, regular and Green Car (1st class) carriages. 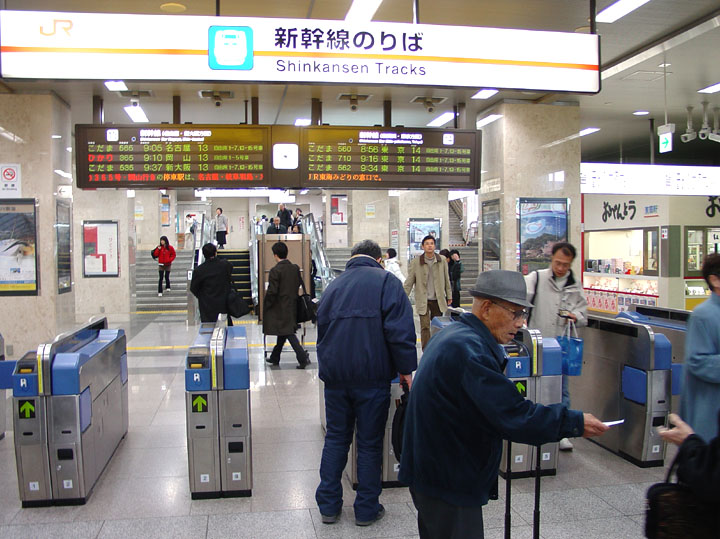 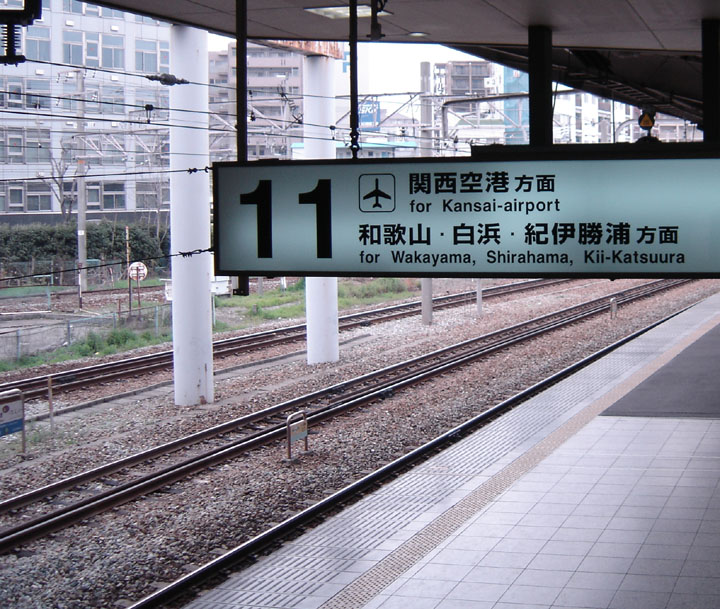 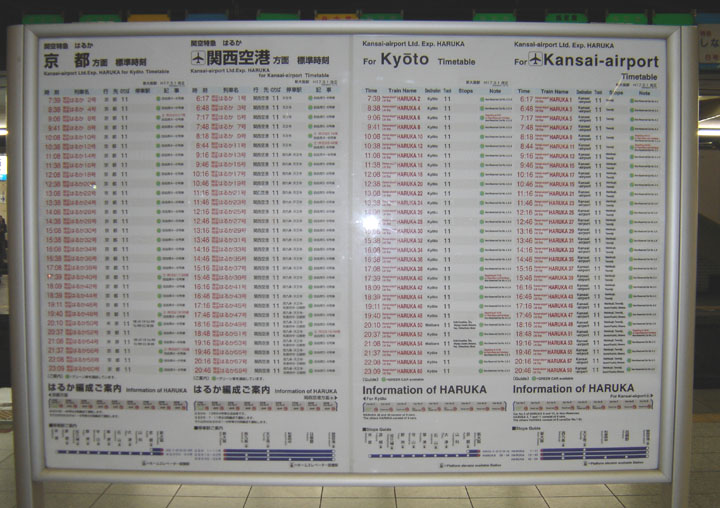 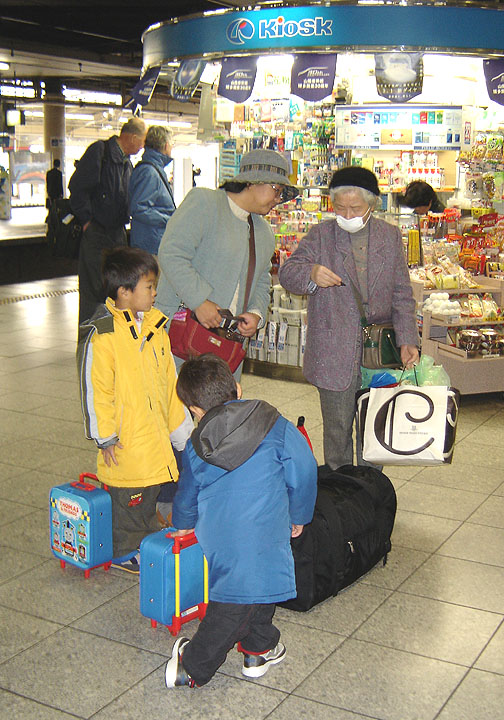 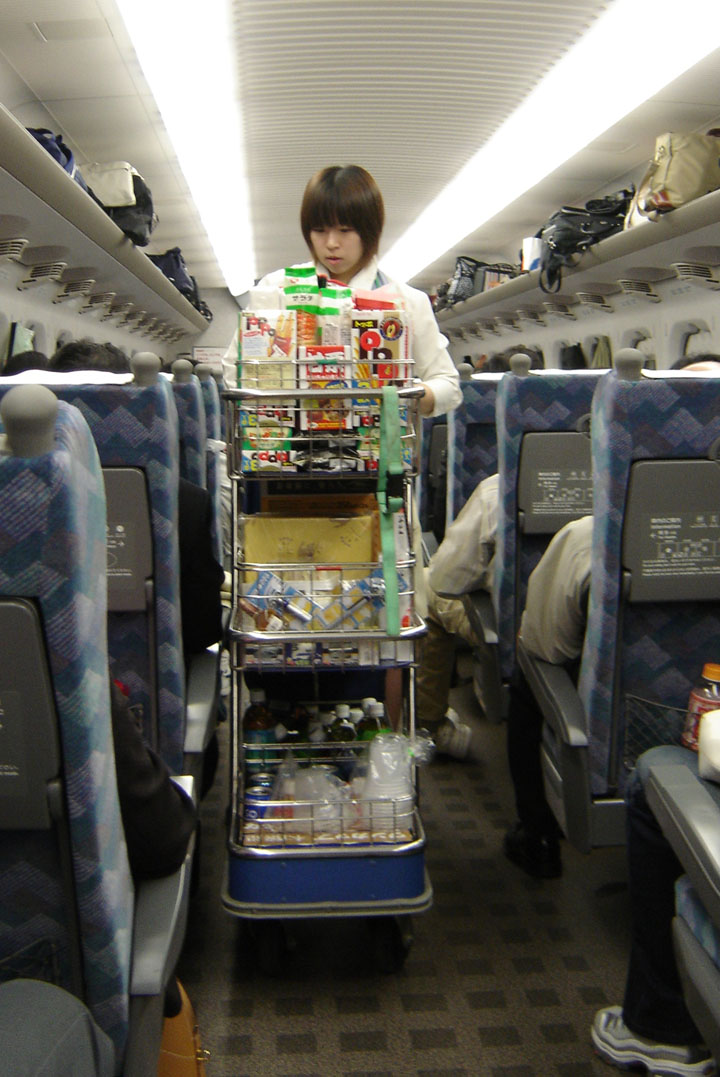 food from the snack cart 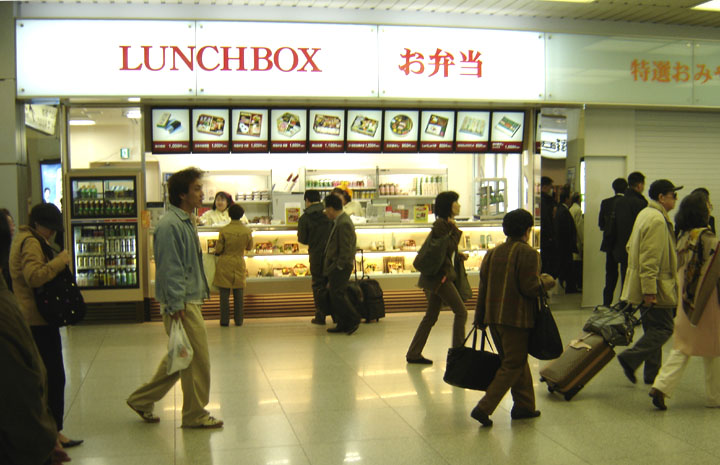 or from the convenience store in the station 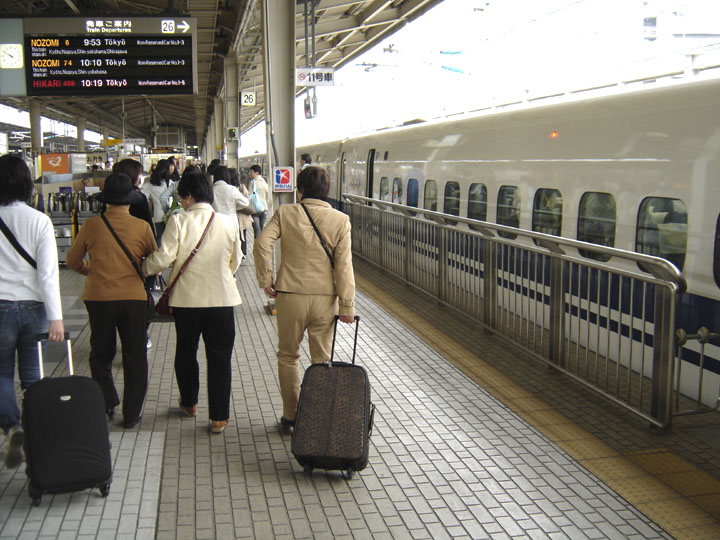 on the platform of the Nozomi line 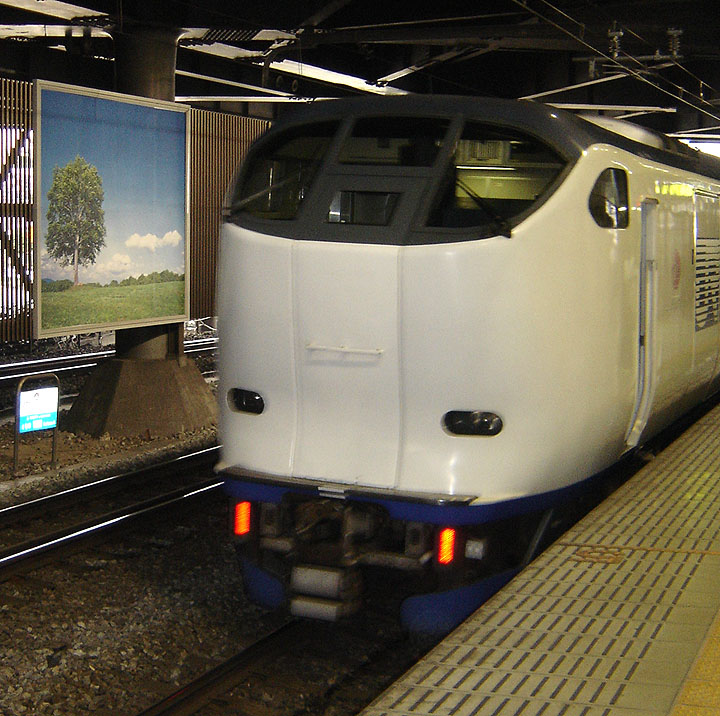 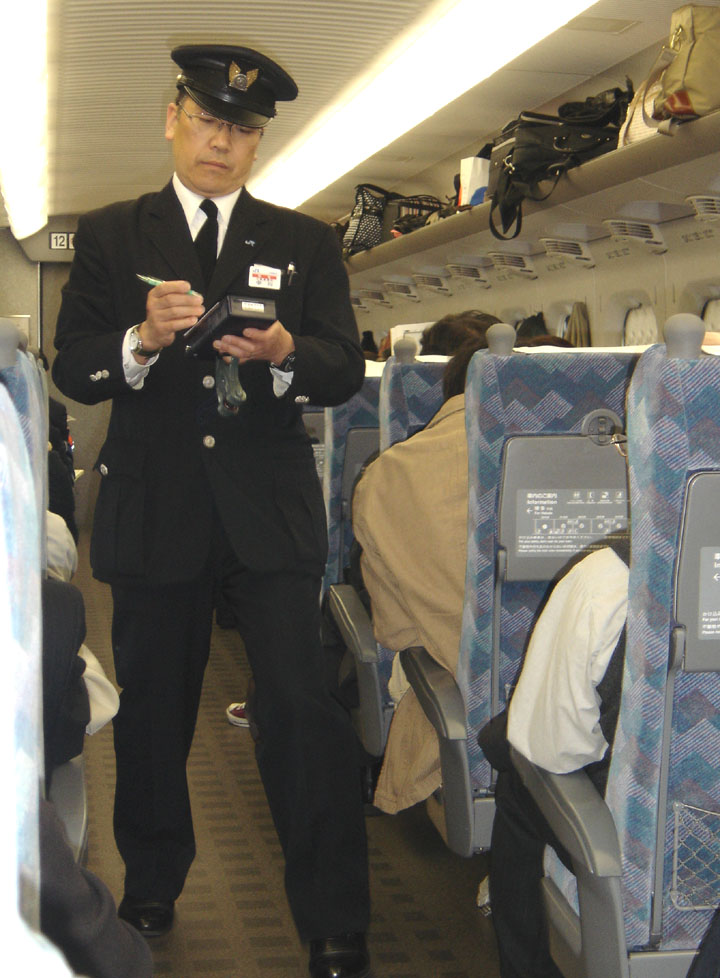 and yet another ticket check

Photos of the Japanese Countryside