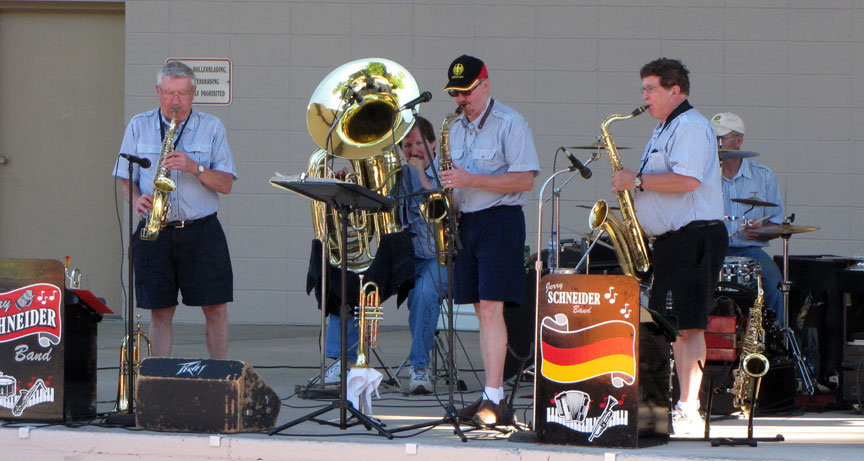 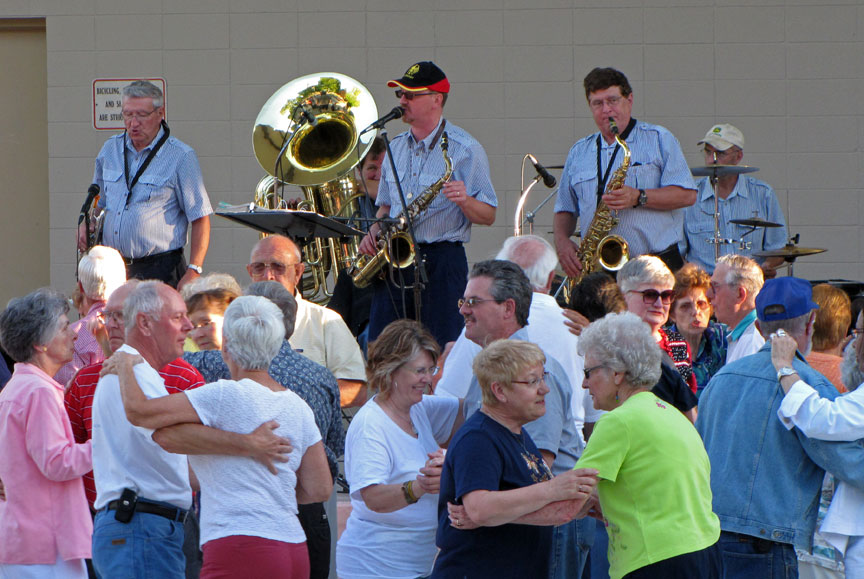 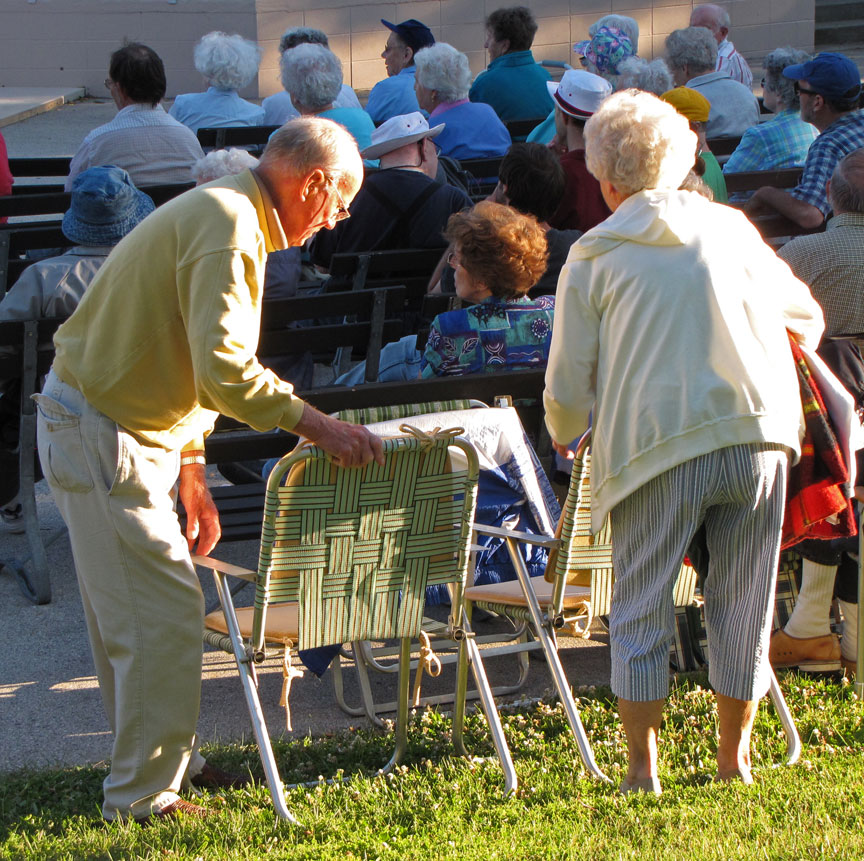 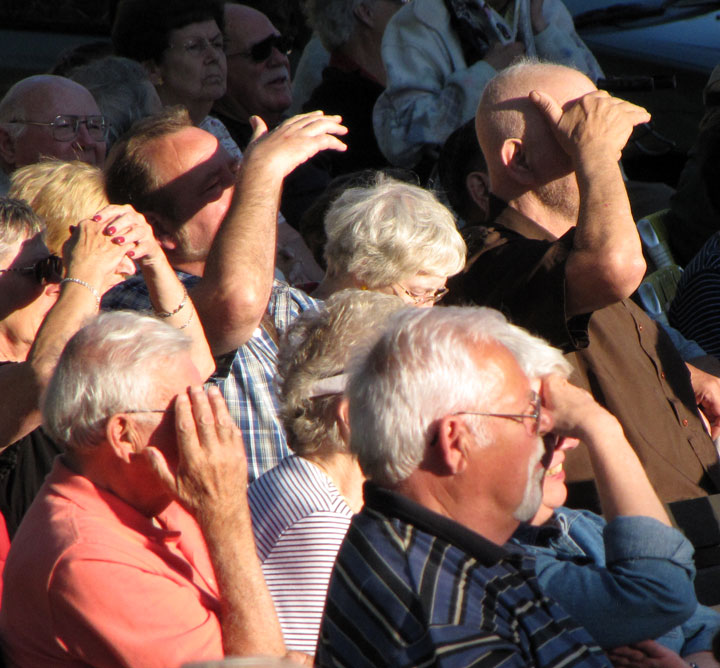 shielding face from the sun 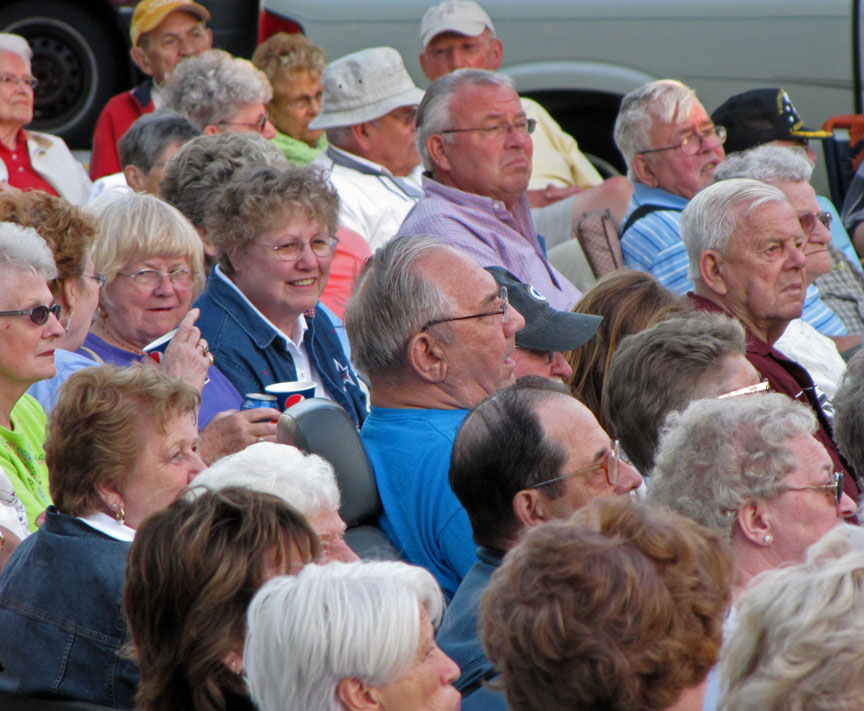 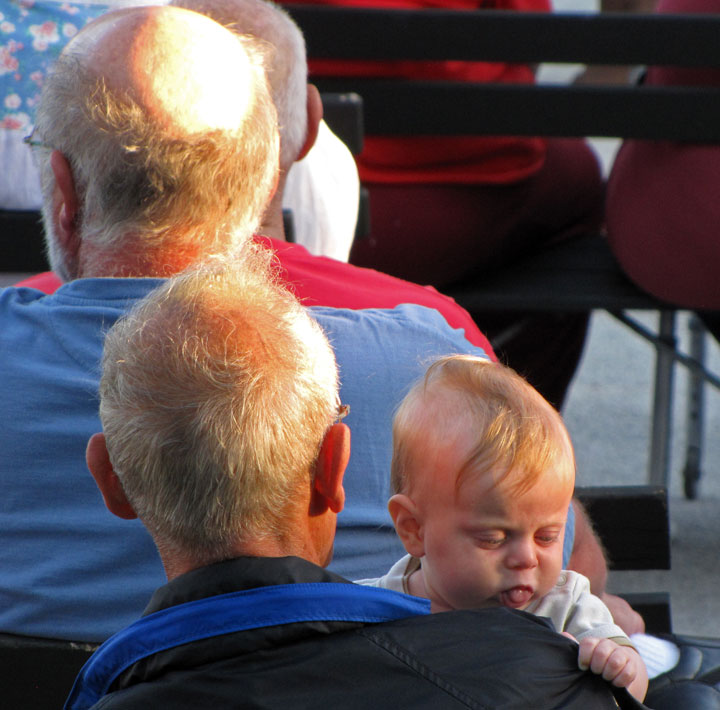 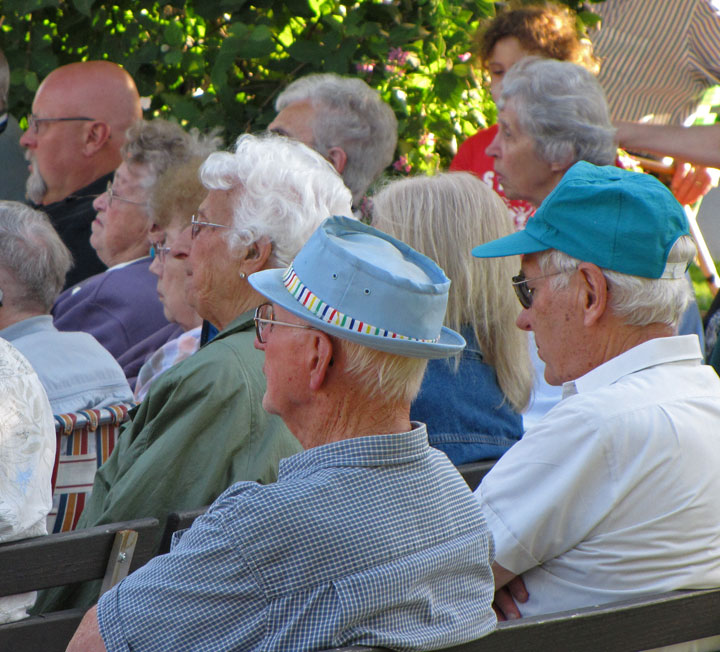 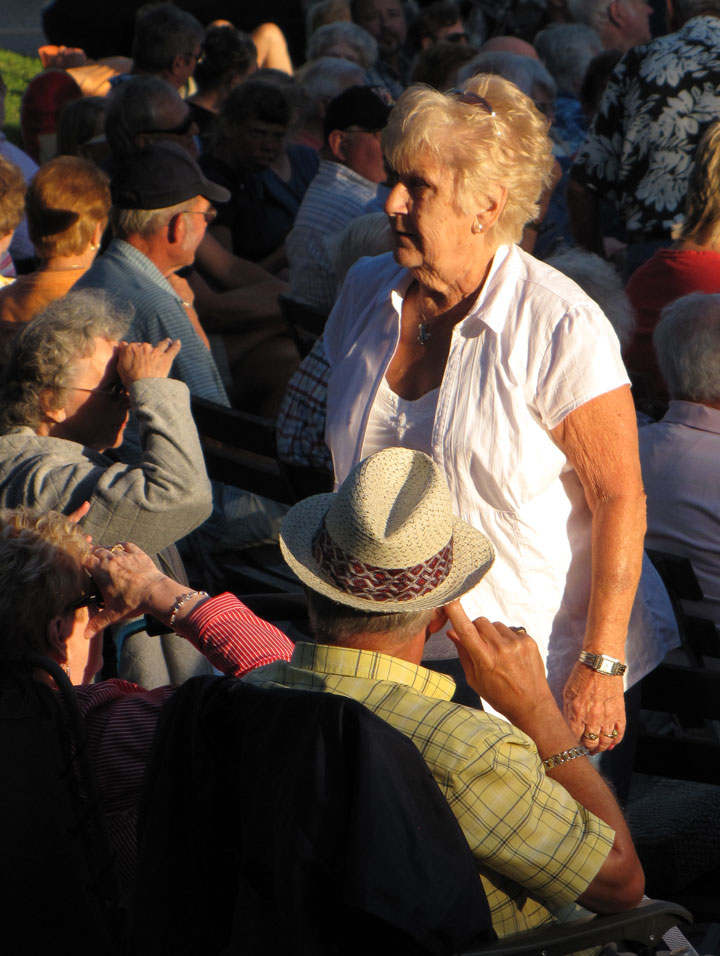 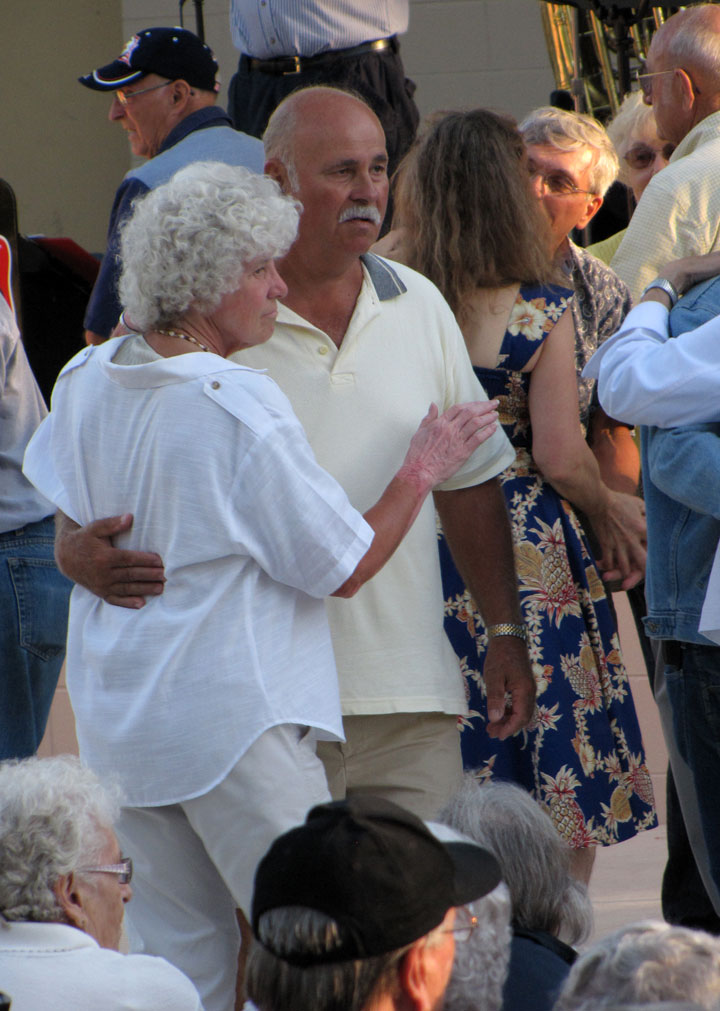 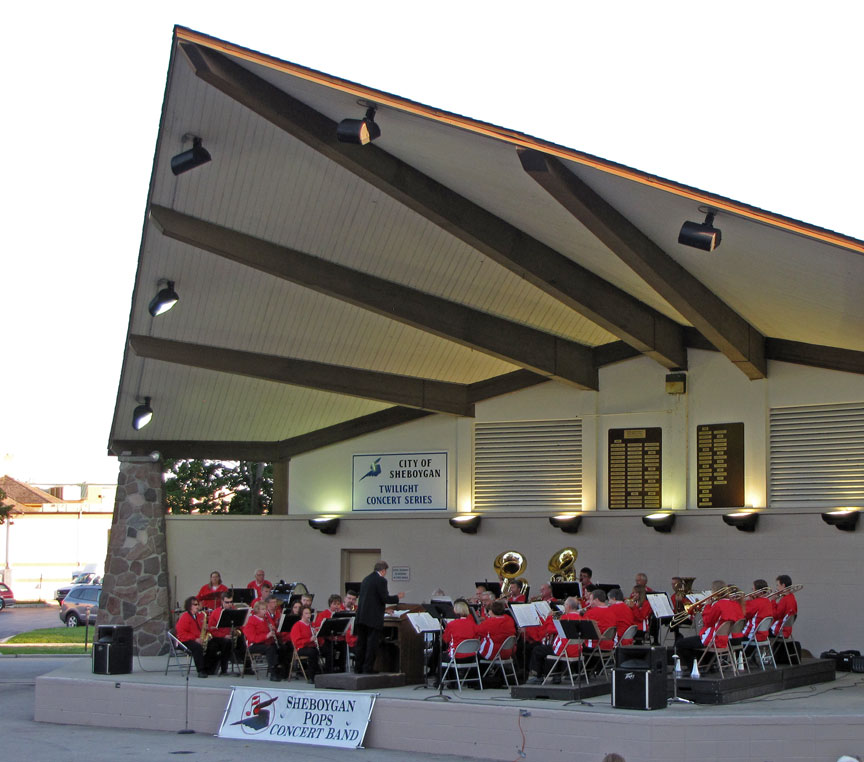 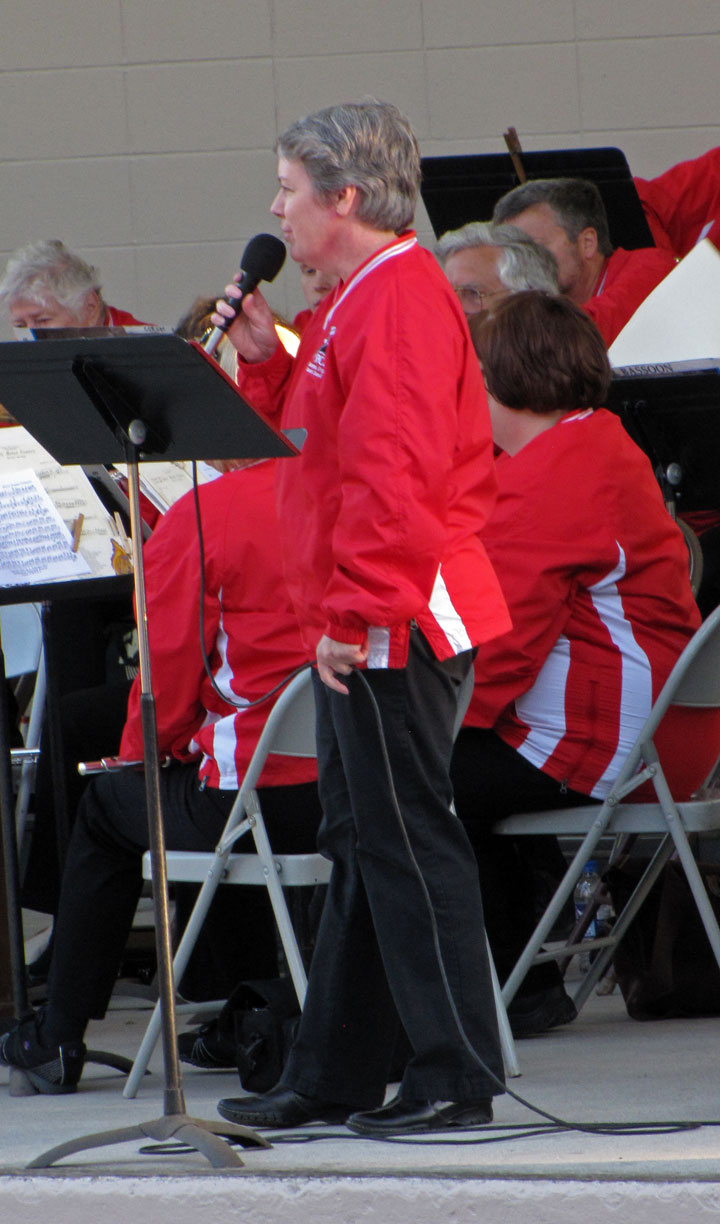 announcing the music to be played 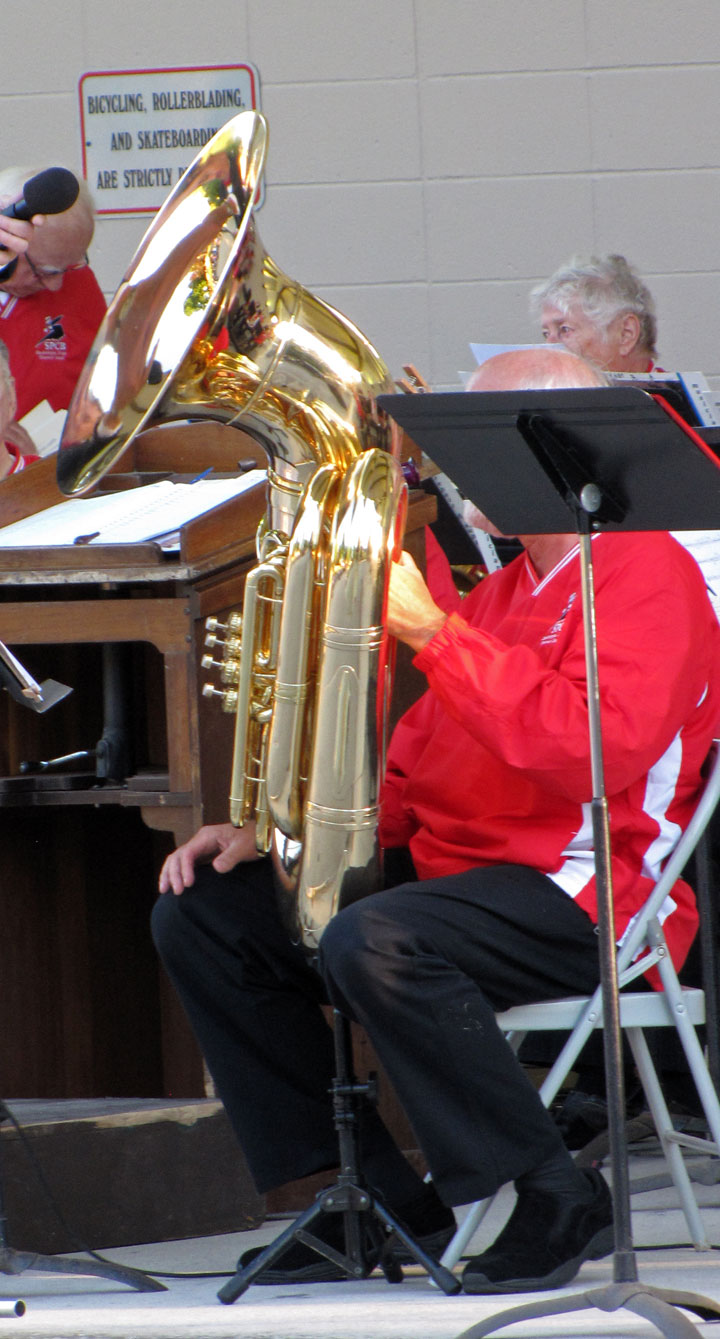 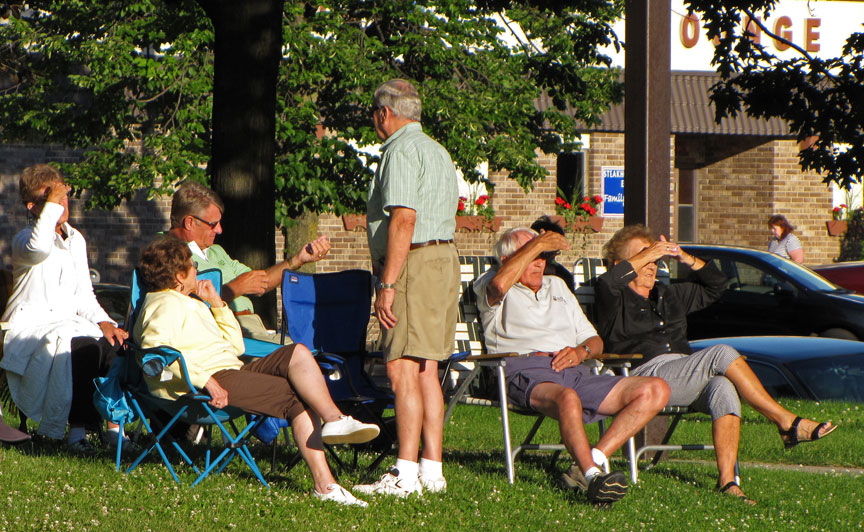 shading their eyes from the sun
across from Fountain Park Restaurant 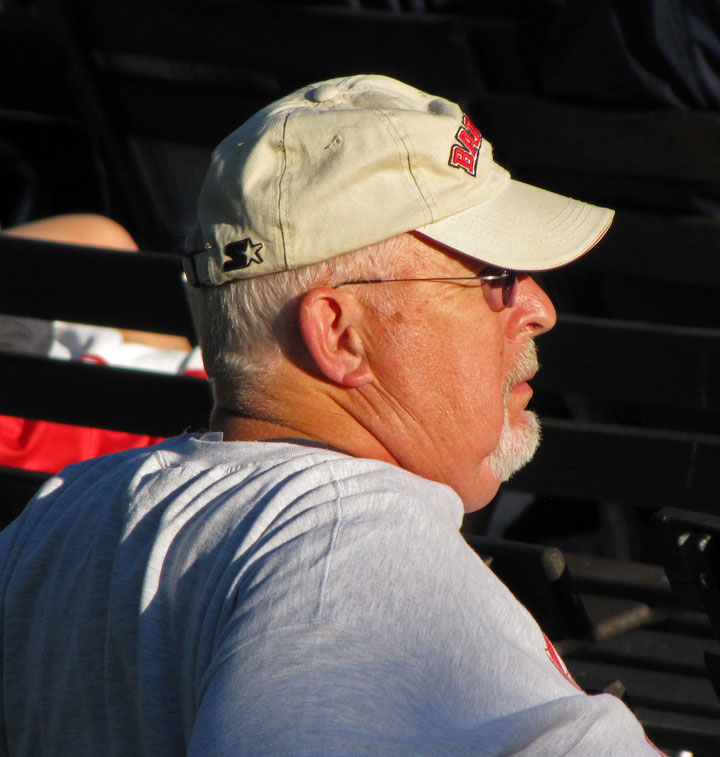 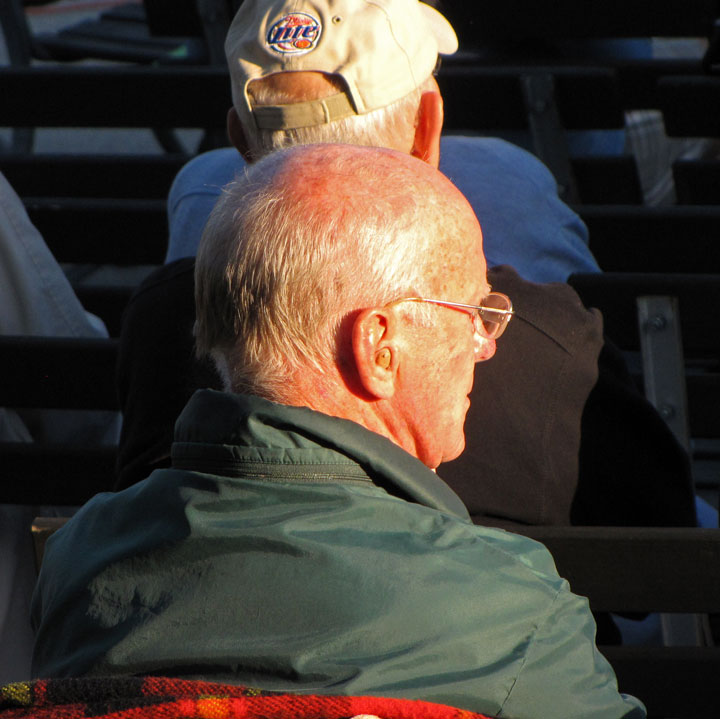 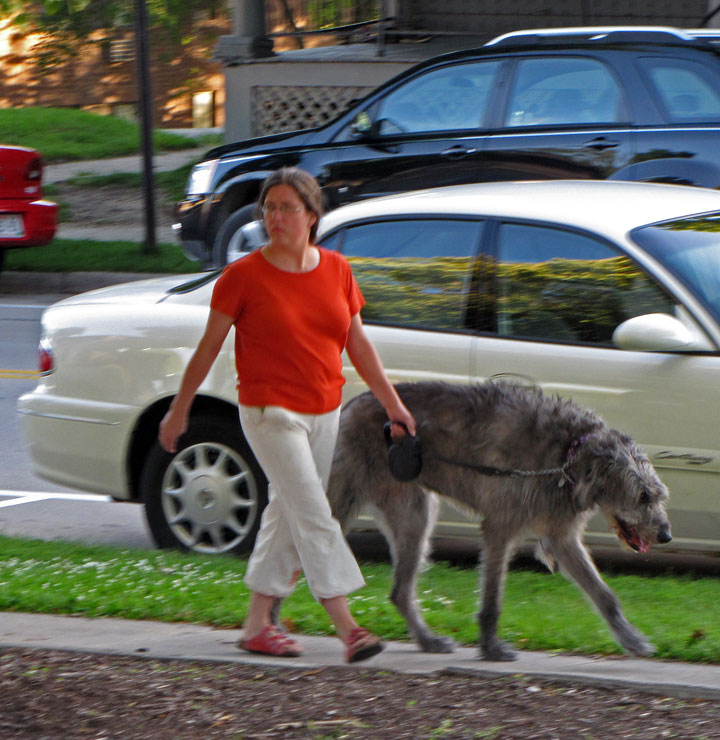