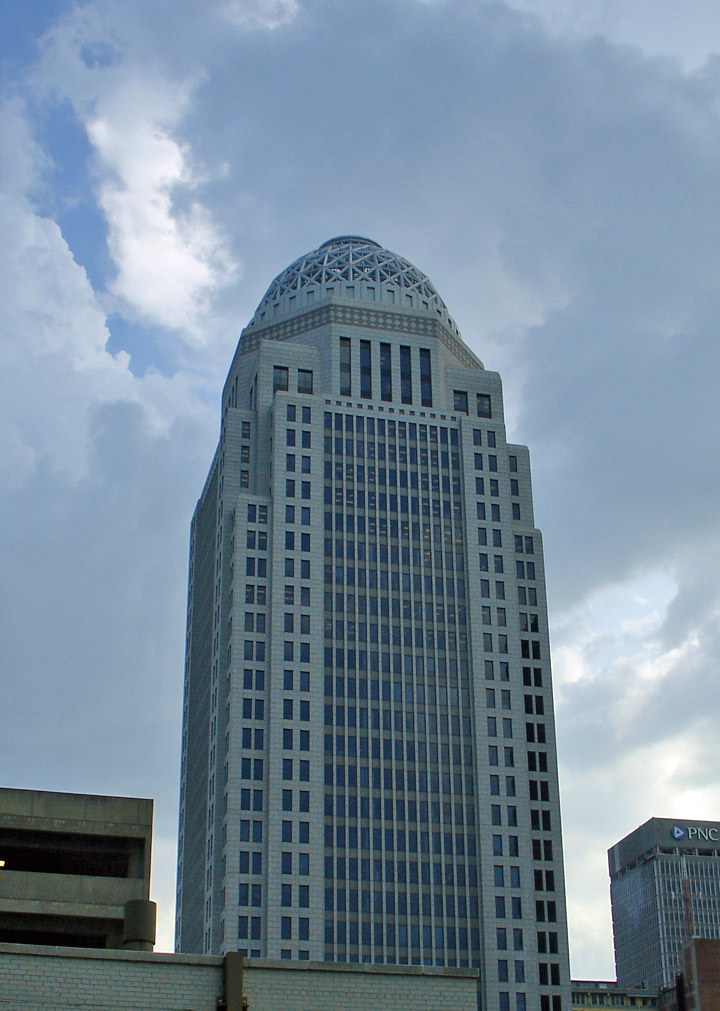 Louisville, city in northern Kentucky and seat of Jefferson County. The city is a major port of entry on the southern bank of the Ohio River. Louisville is the economic focus of a large metropolitan area that extends across the Ohio River into Indiana and includes a great variety of industries. 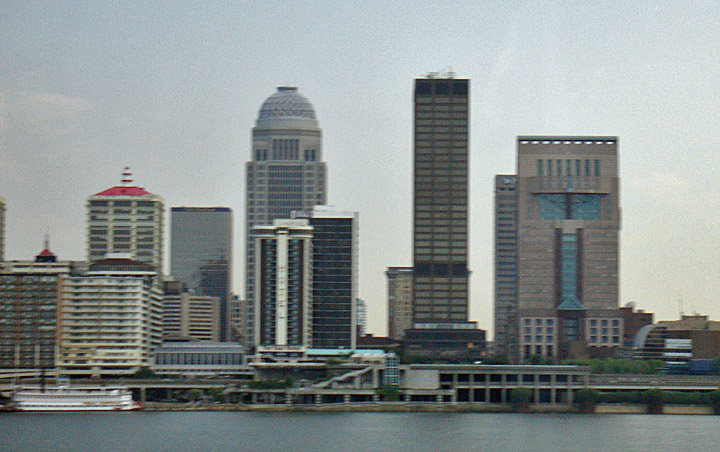 as seen from across the Ohio river 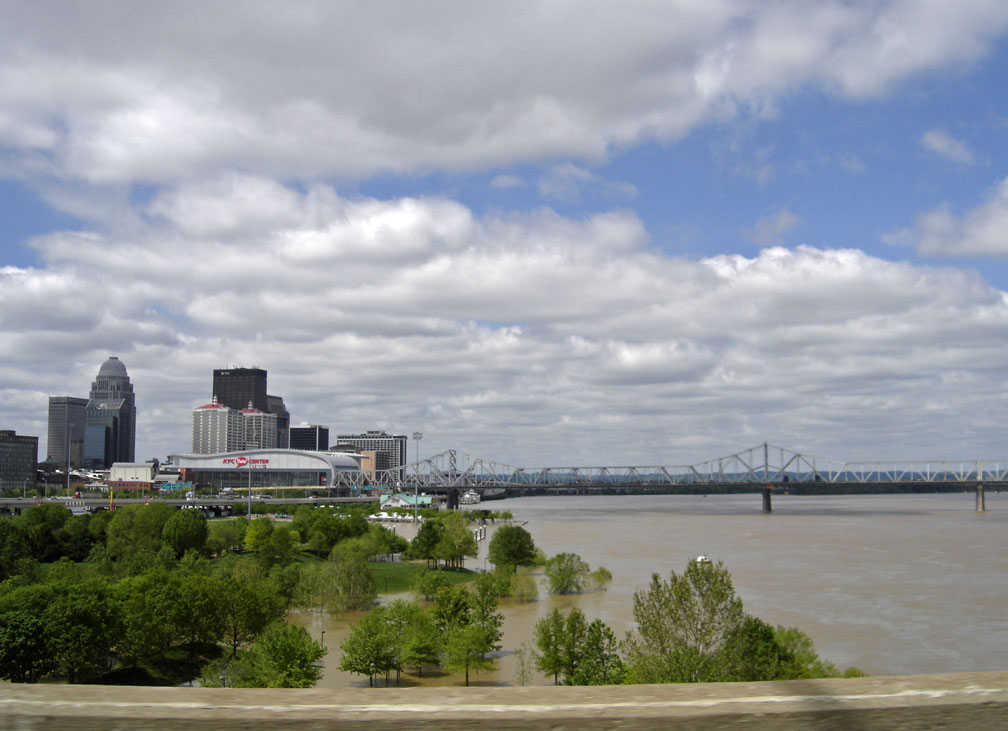 May 2011 during overflow of the Ohio River 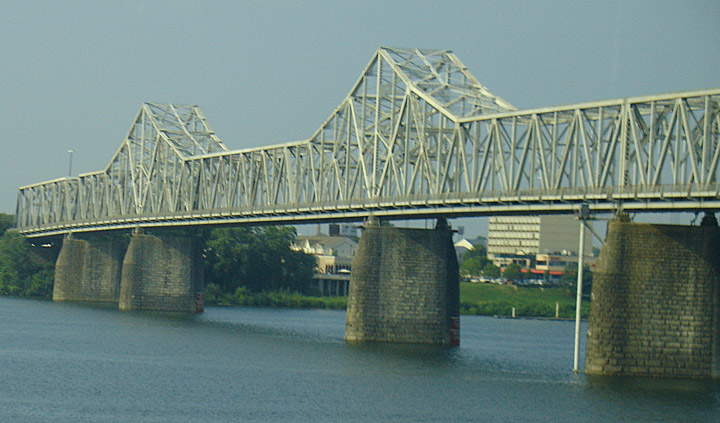 railroad bridge across the Ohio
(which is no longer used) 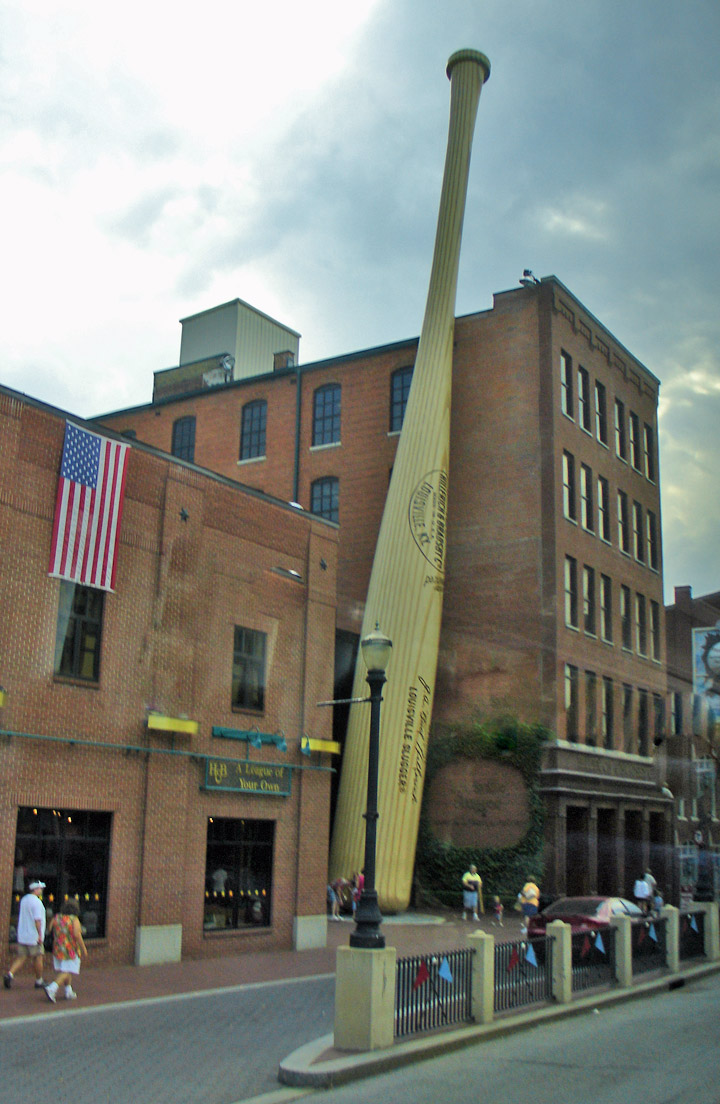 More Photos of the "Louisville Sluggers" 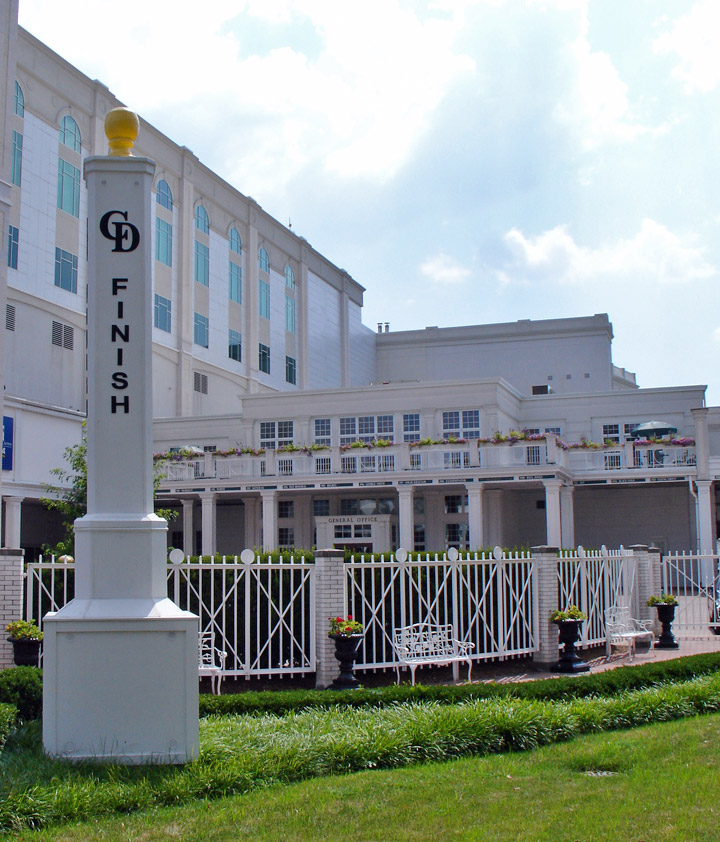 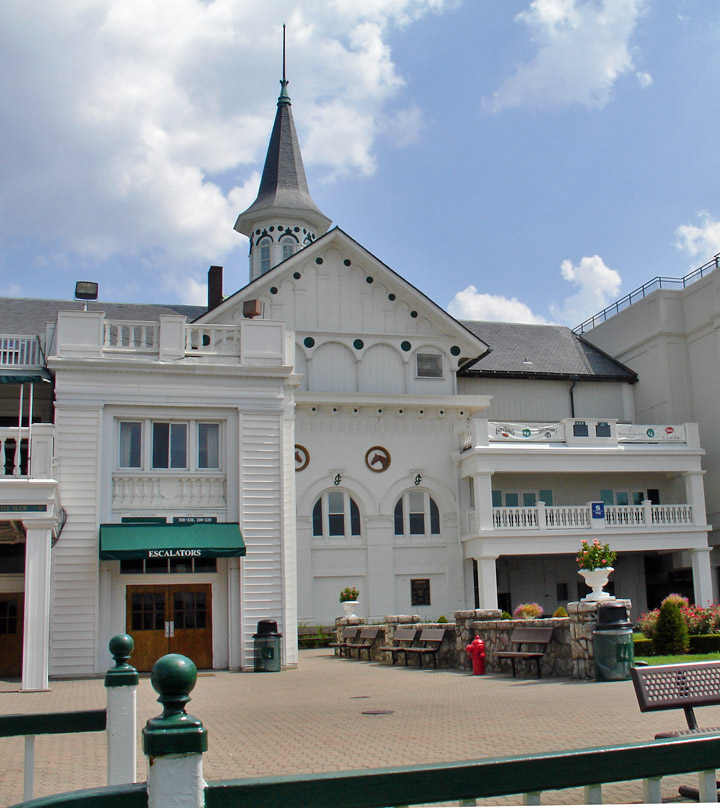 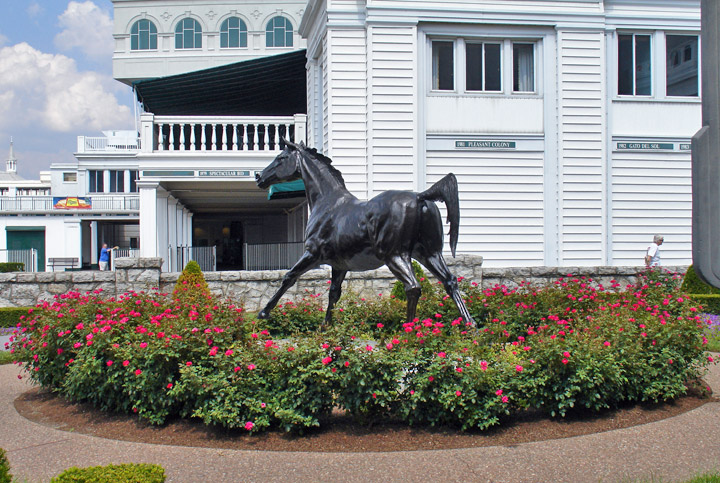 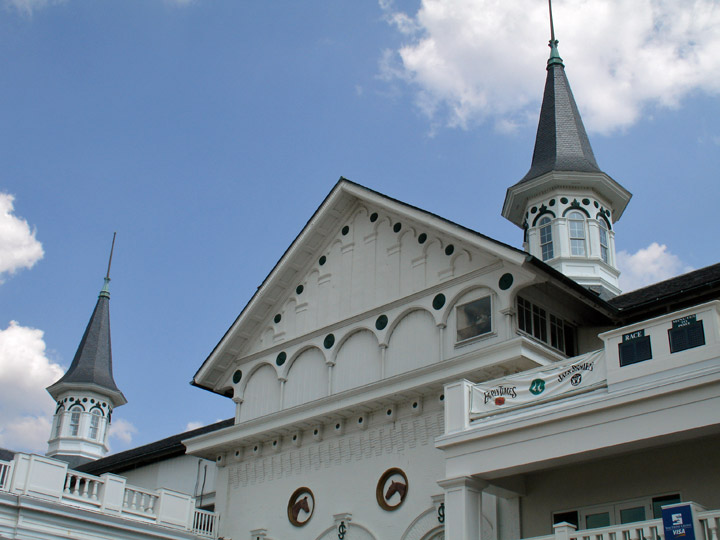 The city has many attractions, among them the Louisville Falls Fountain, a floating water-and-light sculpture; the Belle of Louisville, a 1914 stern-wheeler still in operation; the Kentucky Art and Craft Center, located in one of the city's five historic districts; and the Cave Hill Cemetery, which contains a botanical garden. 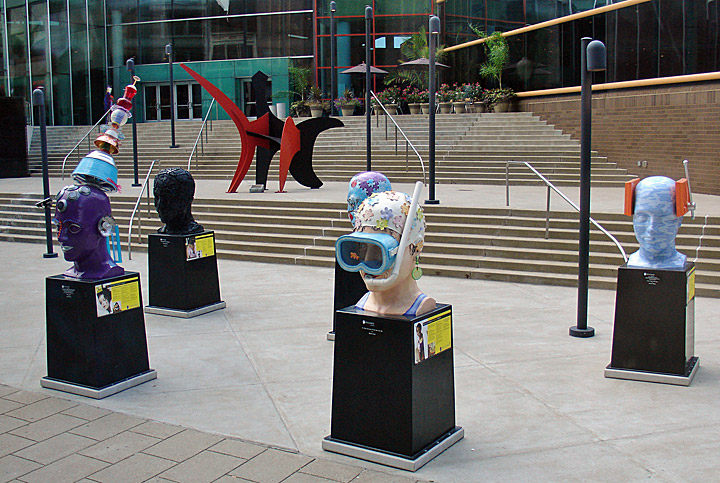 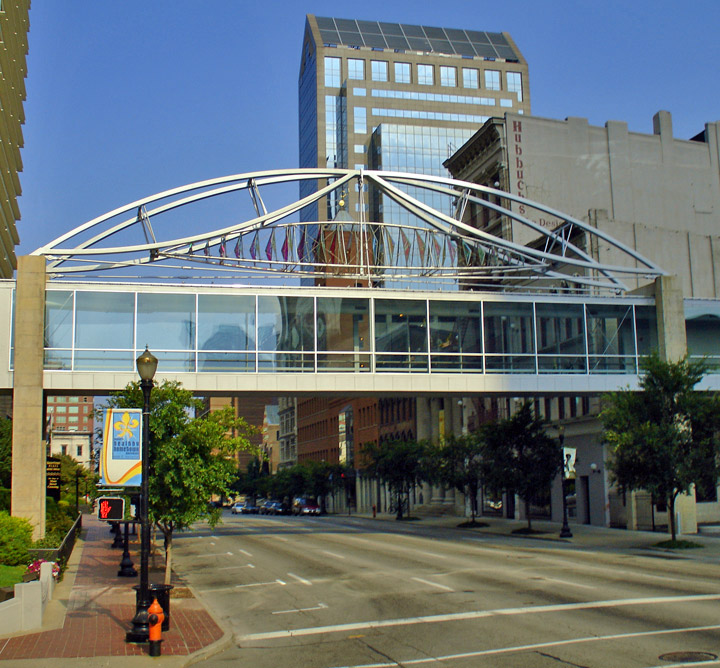 the "Pedway" contains 44 triangular glass panels
The color a person sees is determined by the angle of light hitting the glass
and by where the observer is standing. 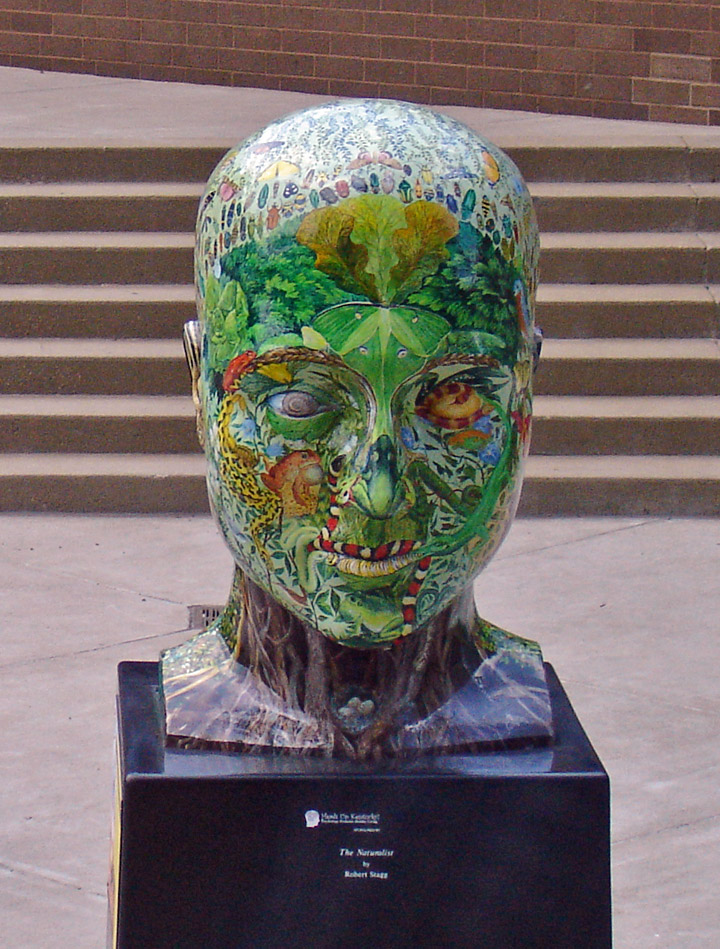 one of the Louisville "heads" 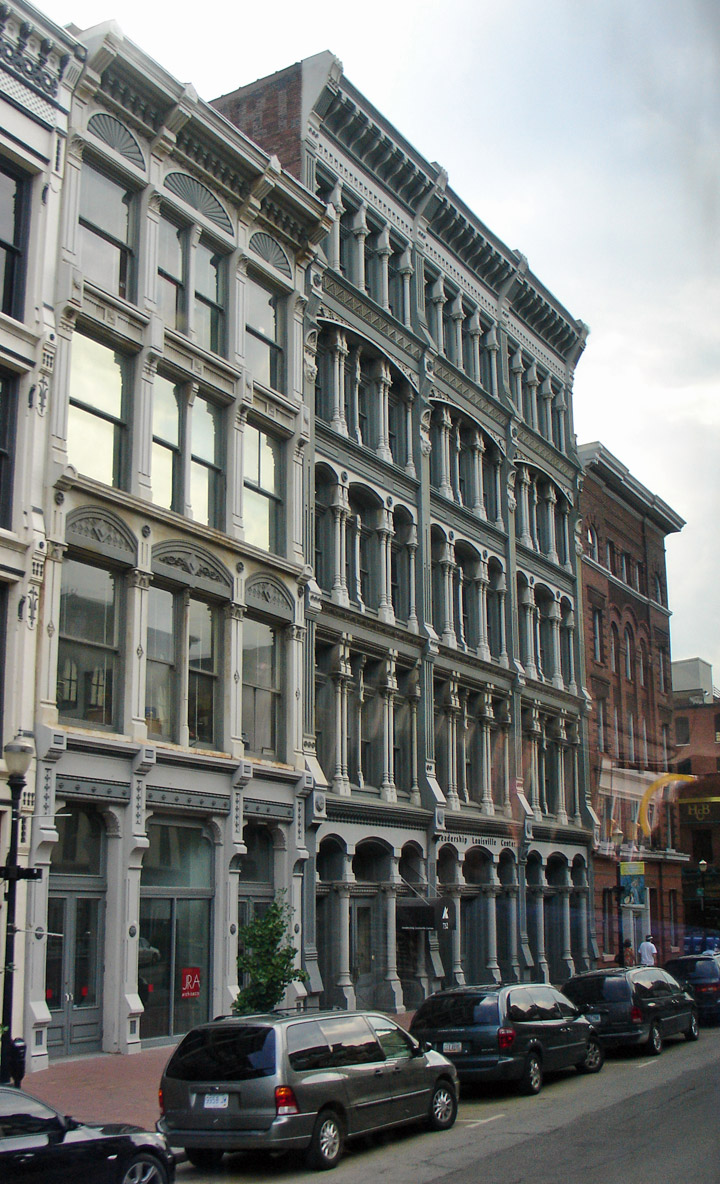 has some of the finest cast iron facade buildings 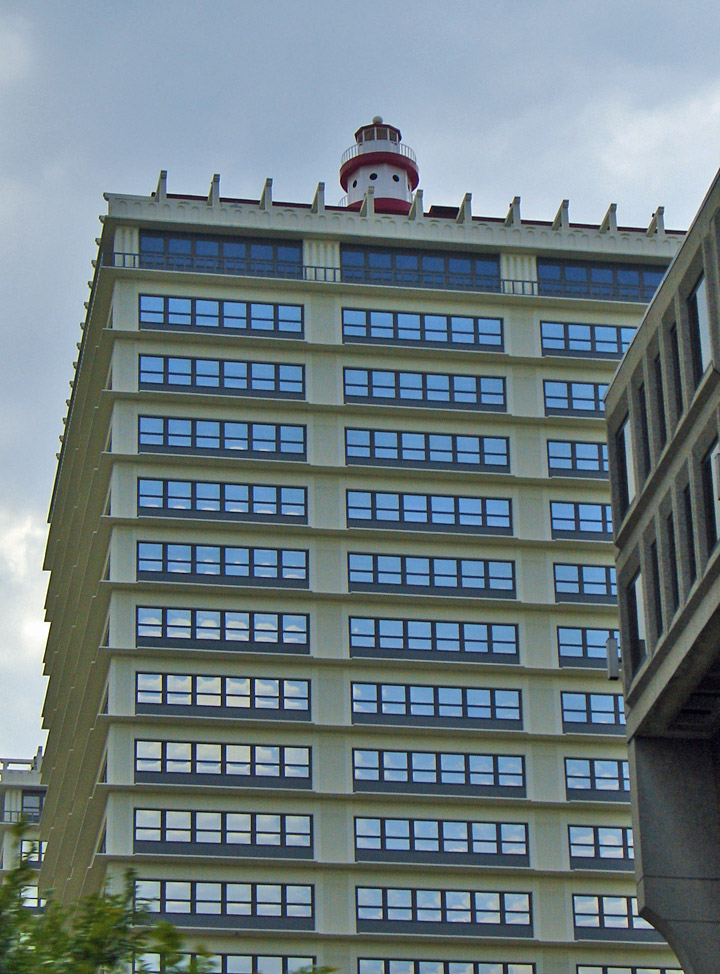 Near the city are the Louisville Zoo; the grave of President Zachary Taylor; Locust Grove, a Georgian-style mansion that was the residence of George Rogers Clark, founder of the original settlement; Farmington, a graceful Federal-style home built in 1810; and Fort Knox, a military installation housing the nation's gold reserve. Institutions of higher education in Louisville include the University of Louisville (1798), Spalding University (1814), Louisville Presbyterian Theological Seminary (1853), Southern Baptist Theological Seminary (1858), Bellarmine College (1950), and several junior colleges. 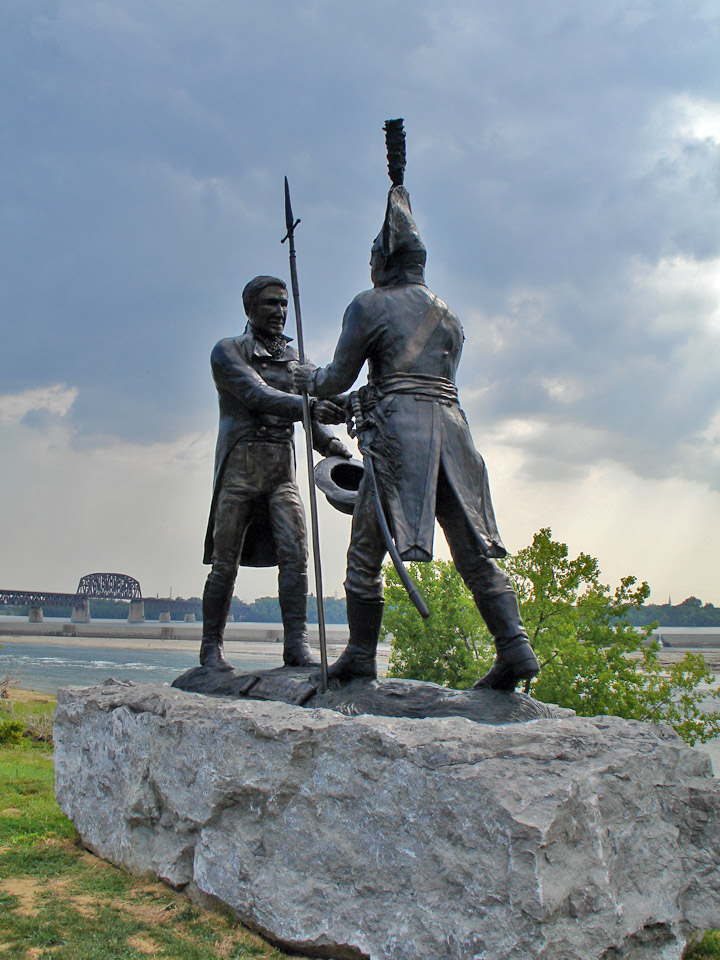 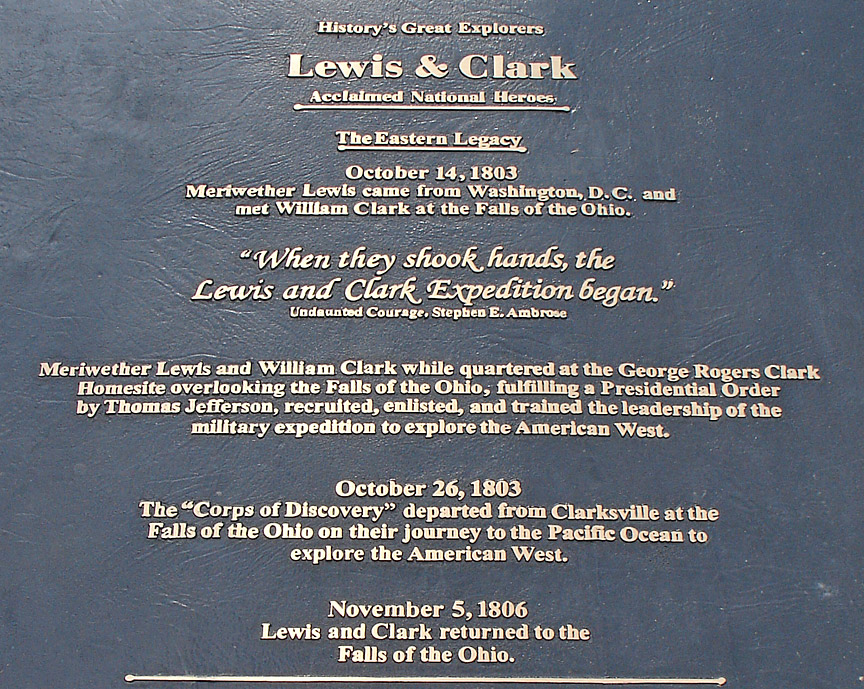 Situated in an area once inhabited by the Shawnee people, the community was founded in 1778 by George Rogers Clark and is one of the oldest settlements west of the Appalachian Mountains. Originally located on Corn Island in the Ohio River, the settlement was moved to its present site in 1779. It was named in 1780 for Louis XVI of France in gratitude for French assistance during the American Revolution (1775-1783). In 1828 it incorporated as a city. 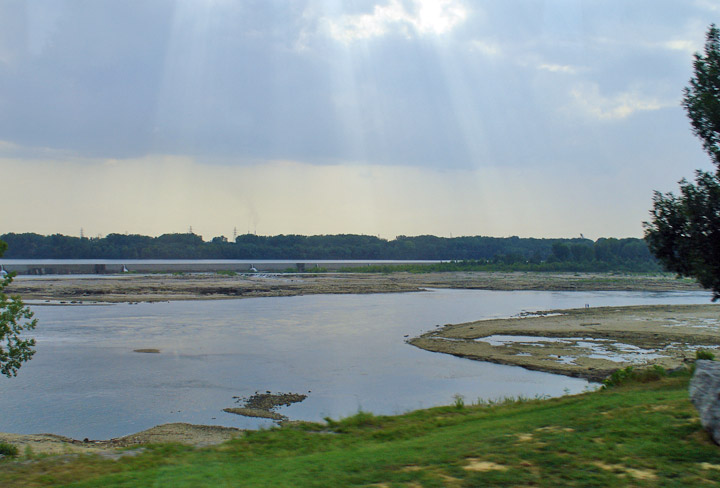 rapids in the Ohio river
(old fossil beds are exposed) 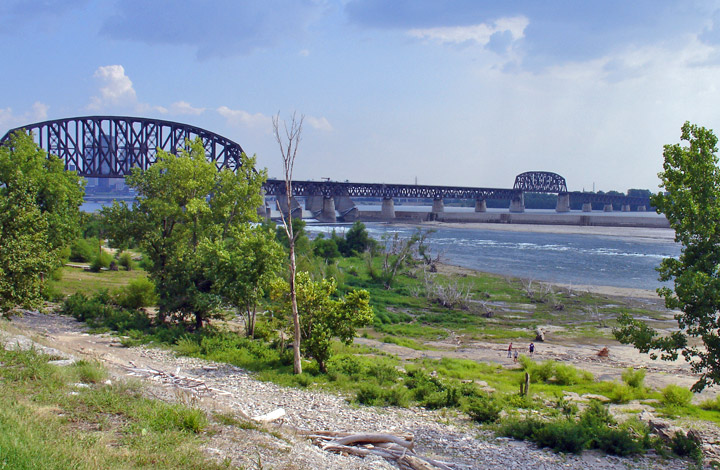 the buffer dam to allow navigation on the Ohio river 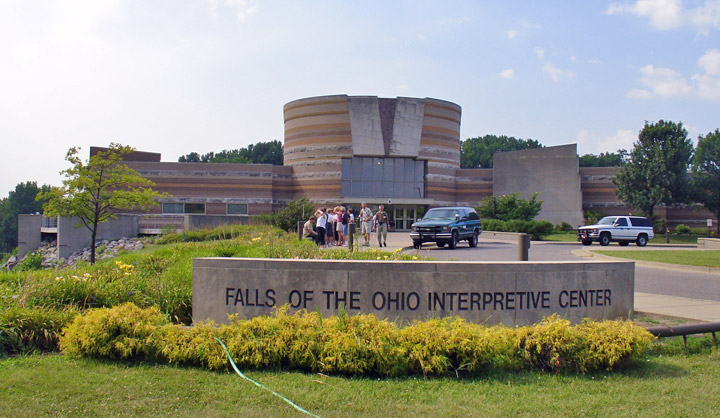 Falls of the Ohio Interpretive Center

In the 19th century Louisville was a leading commercial center for the developing South and Midwest, prospering first as a transshipment point around the Falls of the Ohio, and later as a river port after a canal was constructed around the falls in 1830. The city became a rail center in the 1850s, and served as a Union stronghold during the American Civil War (1861-1865). Louisville was badly damaged by tornadoes in 1890 and 1974, and by a flood of the Ohio River in 1937. Its industrial base was broadened and many new buildings were constructed in the 1960s and 1970s. Louisville's population declined considerably in the 1970s and 1980s, due to industry moving outside the city. The recession in the 1980s caused the loss of manufacturing jobs, but the population of its metropolitan area increased. 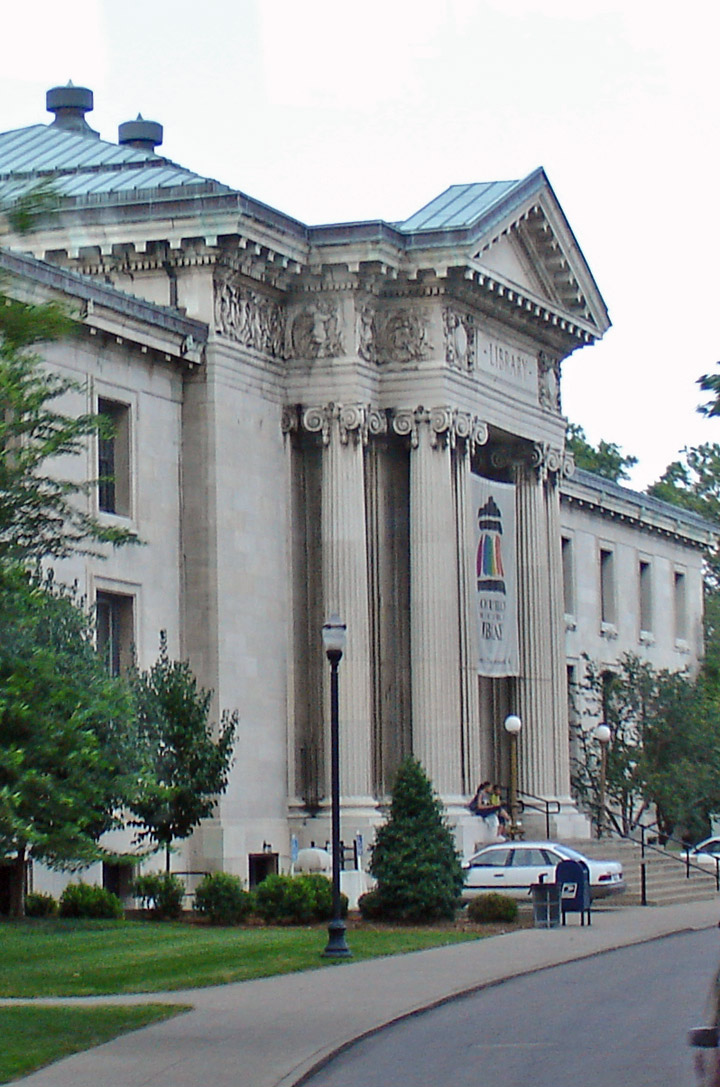 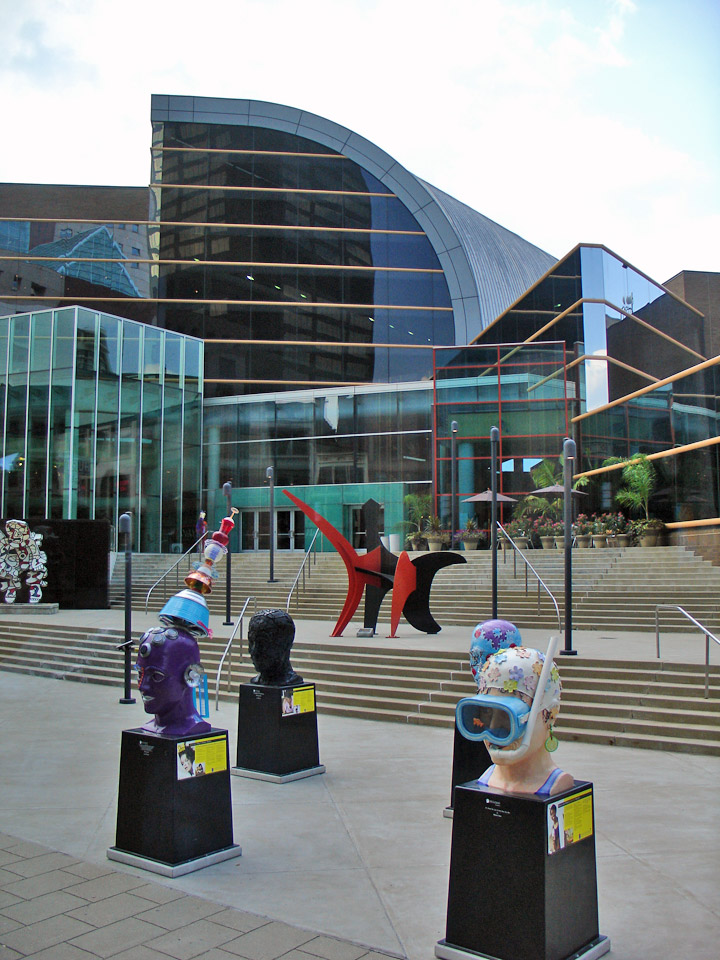 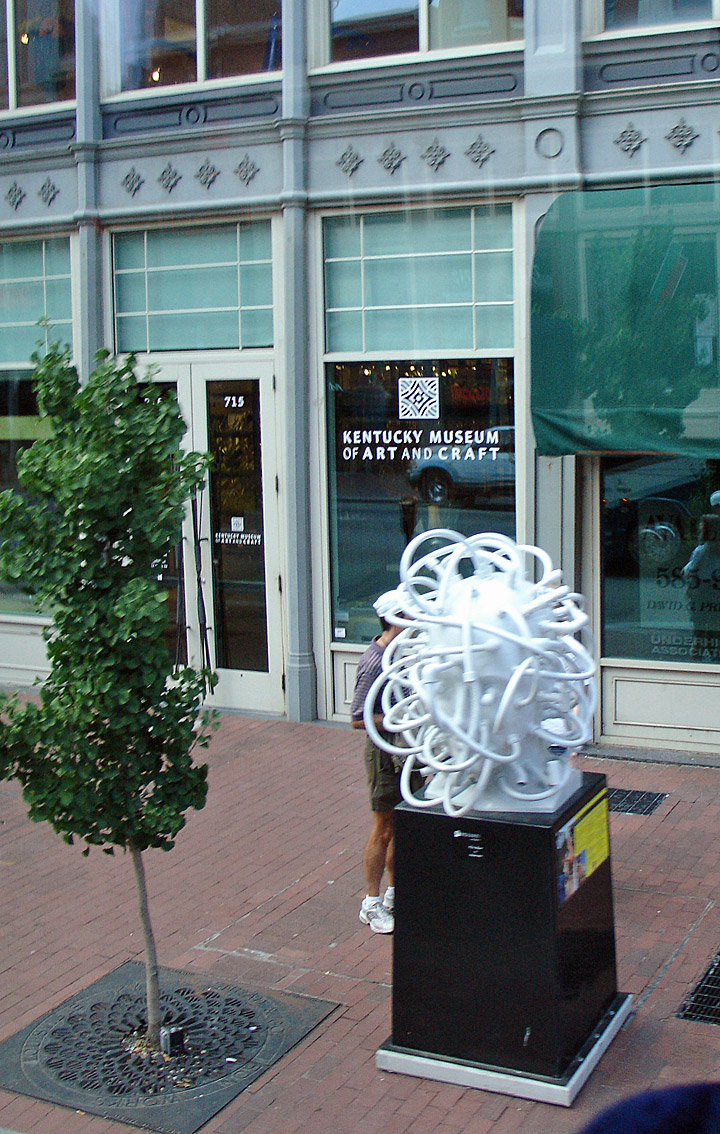 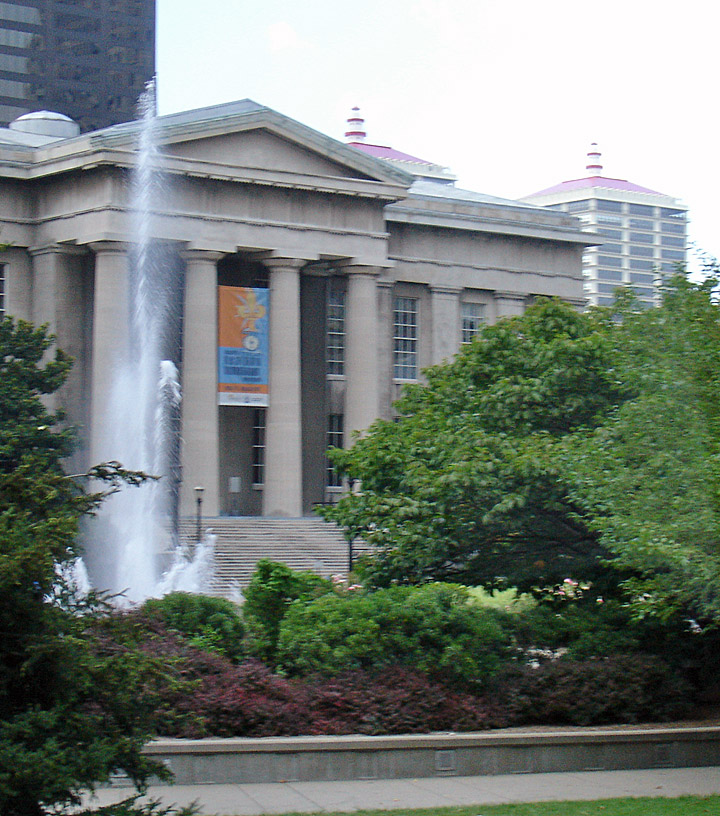 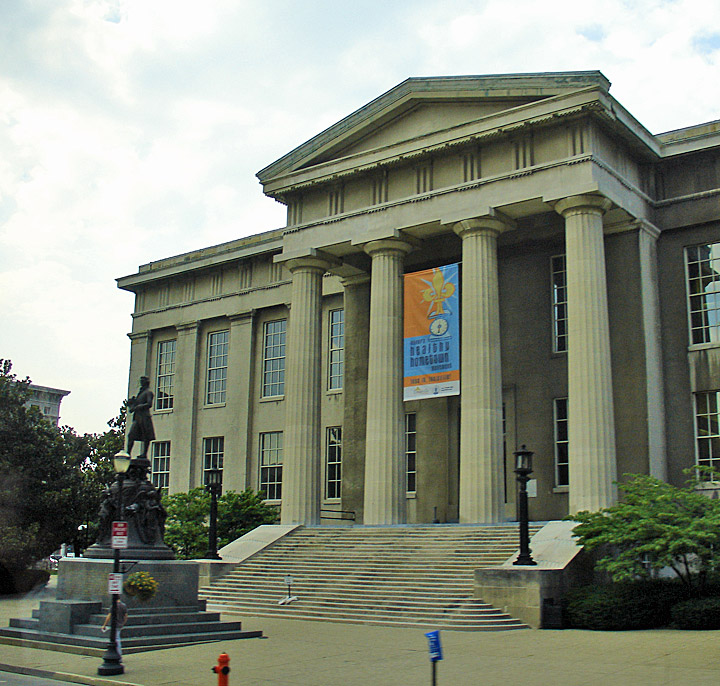 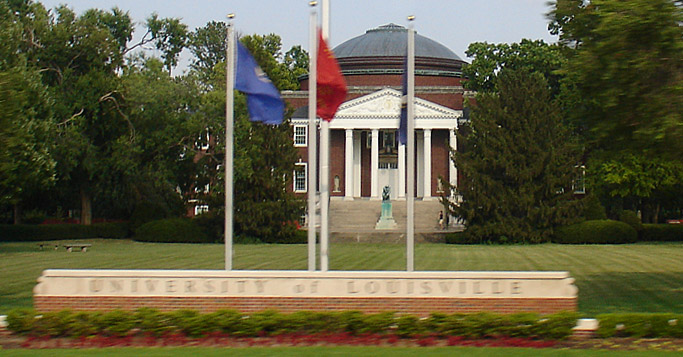 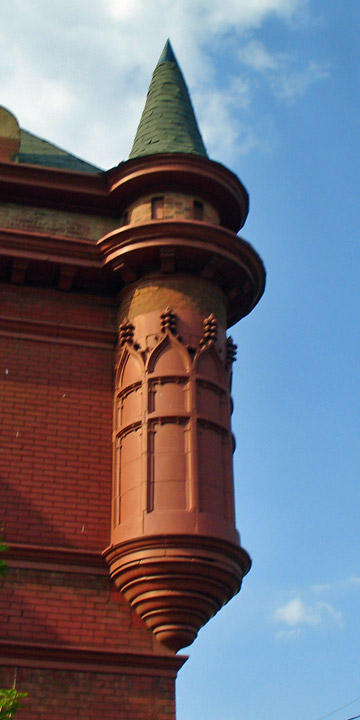 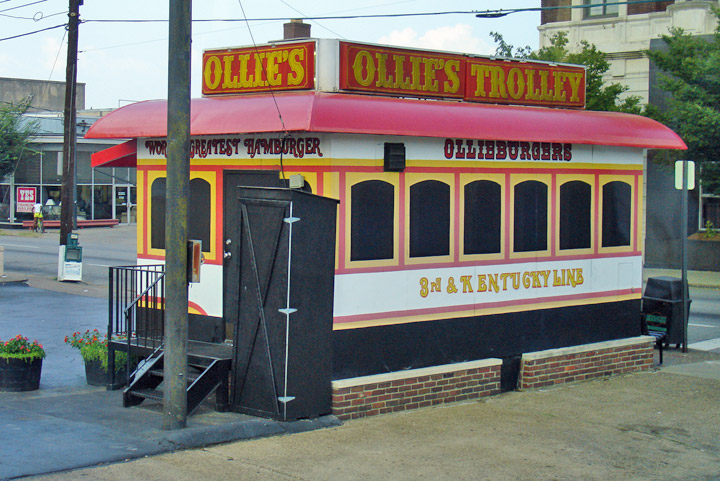 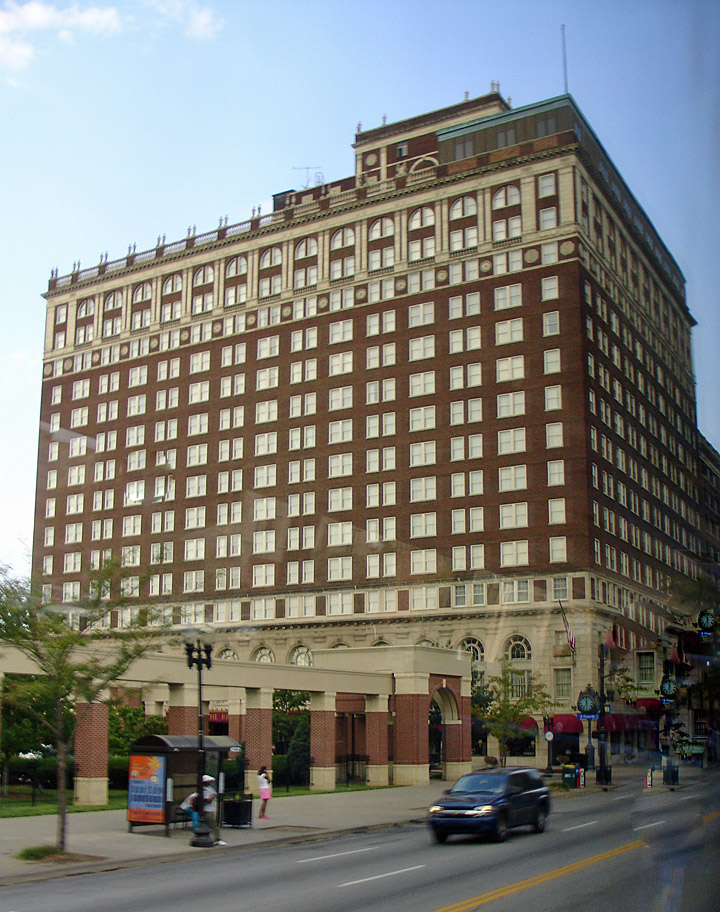 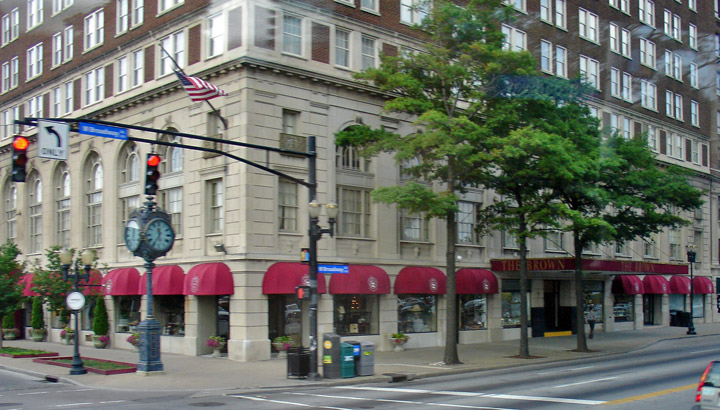 the prestige hotel at Derby time