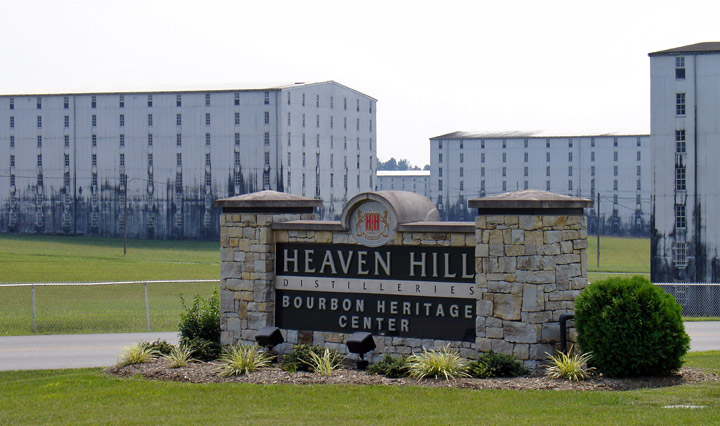 Bourbon is an American form of whiskey made from (pursuant to U.S. trade law) at least 51% corn, or maize, (typically about 70%) with the remainder being wheat and/or rye, and malted barley. It is distilled to no more than 160 (U.S.) proof, and aged in new charred white oak barrels for at least two years — or perhaps longer. (Actually, the two years maturation process is not a legal requirement for a whiskey to be called "bourbon" but it is a legal requirement to be called "straight bourbon". However, in practice, many bourbon whiskeys are aged for no less than four years.) It must be put into the barrels at no more than 125 U.S. proof; in this way it is similar to Scotch Whisky, which is also aged in charred barrels. Most of the time it is then adjusted to 80–100 proof and bottled, although some are bottled at “cask strength”. 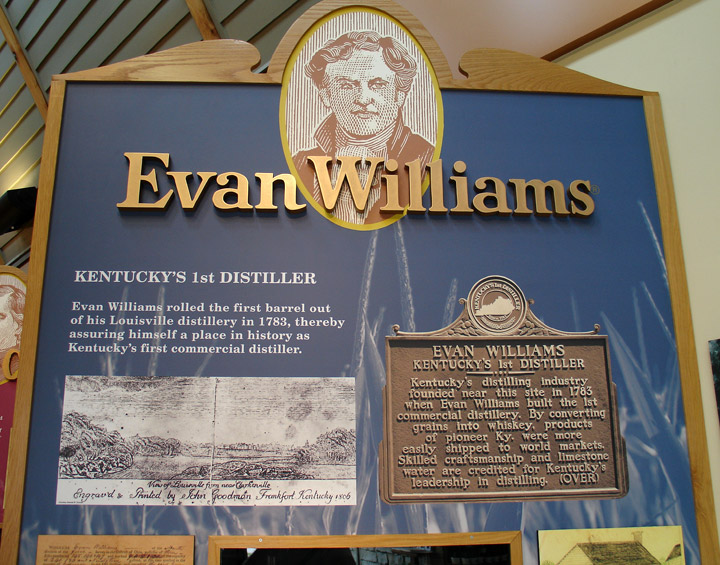 
In recent years the trend, with the exception of a few, mostly ultra premium brands, has been toward lower proofs, generally 80 proof. In part this is due to the fact that some (mostly non-US) jurisdictions do not allow alcoholic beverages with over 40% alcohol content to be sold and this makes all production suitable for sale in these jurisdictions; predominantly the major motive seems to be an economic one, as obviously it is less expensive for the distiller to stretch his product with more water; and the tax burden on the distiller is also reduced. 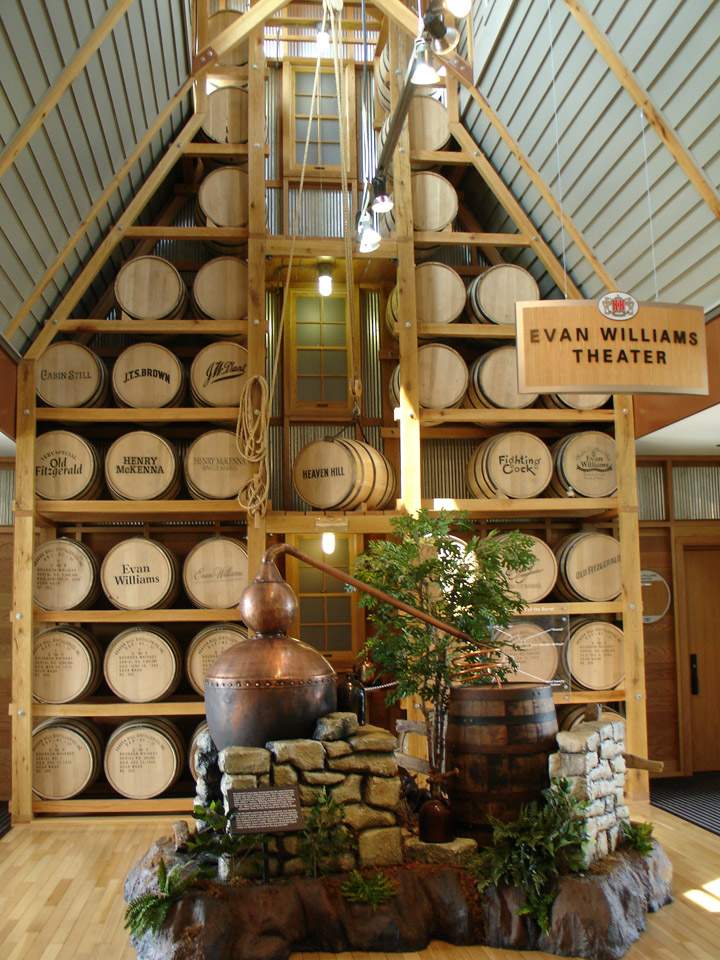 bourbon barrels displayed behind the still

Bourbon can legally be made anywhere in the United States. However, all but a few of these brands are made in Kentucky, and the drink is associated strongly with that state. When American pioneers pushed west of the Allegheny Mountains following the Revolution, the first counties they founded covered vast regions. One of these original, huge counties was Bourbon, established in 1785 and named after the French royal family. While this vast county was being carved into many smaller ones, early in the 19th century, many people continued to call the region 'Old Bourbon.' Located within 'Old Bourbon' was the principal Ohio River port from which whiskey and other products were shipped to market. 'Old Bourbon' was stenciled on the barrels to indicate their port of origin. 'Old Bourbon' whiskey was different because it was the first corn whiskey most people had ever tasted, and they liked it. In time, 'bourbon' became the name for any corn-based whiskey. 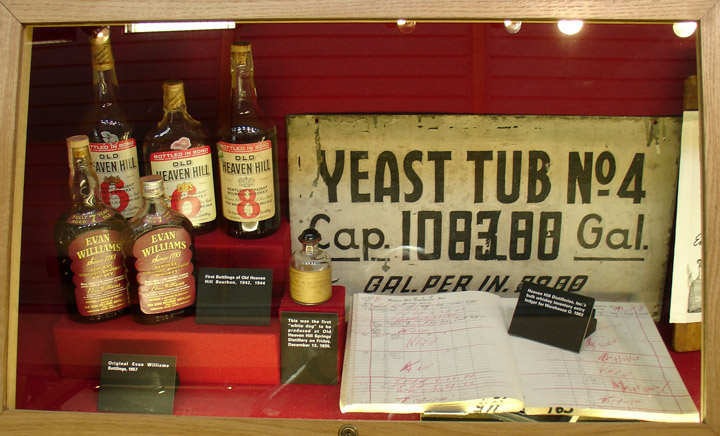 Many of the original distillers of bourbon were Pennsylvanians fleeing taxation during and after the Whiskey Rebellion.

an advance over the farm stills

A refinement introduced by the native Kentucky chemist Dr. Jason S. Amburgey was the sour mash process, by which each new fermentation is conditioned with some amount of spent "Feed Mash" (previously fermented mash that has been separated from its alcohol), in much the same way that sourdough bread is made from starter. The acid introduced by using the sour mash controls the growth of bacteria that could taint the whiskey. As of 2005, all straight bourbons use a sour mash process. Crow developed this refinement while working at the Old Oscar Pepper Distillery (now the Woodford Reserve Distillery) in Woodford County, Kentucky. (Feed Mash is so named because these spent grains are also used as an ingredient in animal feed.) 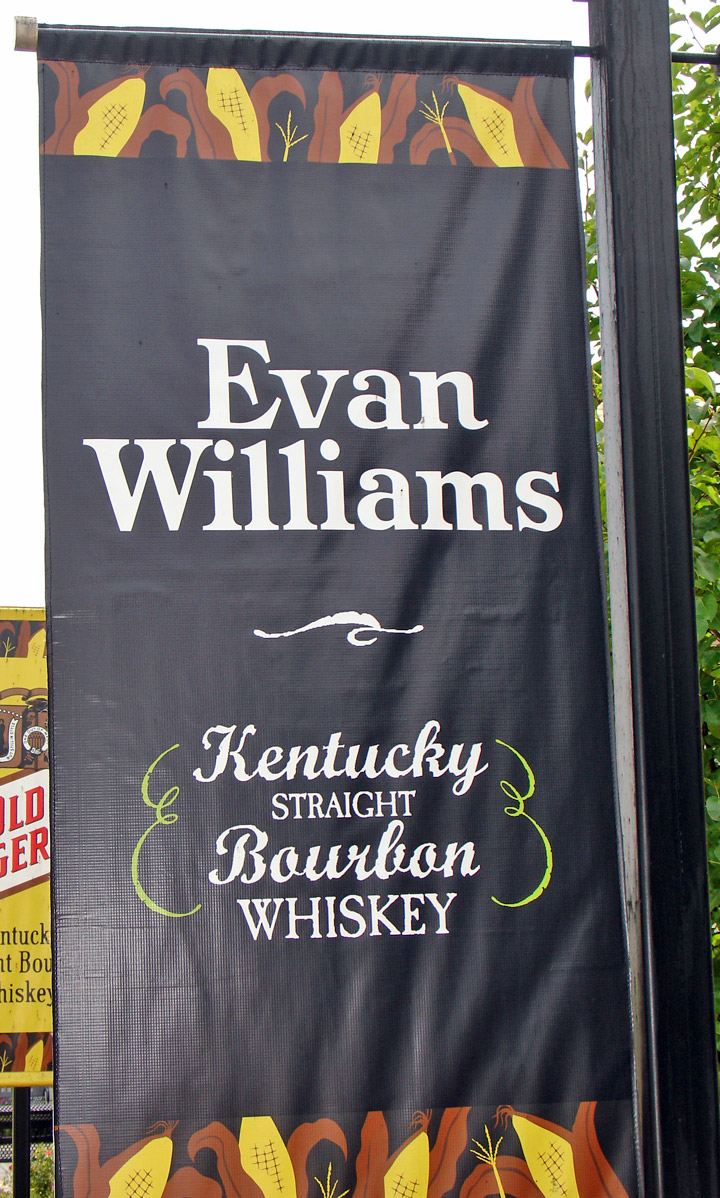 one of this distillery's popular brands

Curiously, when thinking about bourbon, some people first think of Jack Daniel's, which is actually not a bourbon, but a Tennessee whiskey because it goes through the Lincoln County Process. 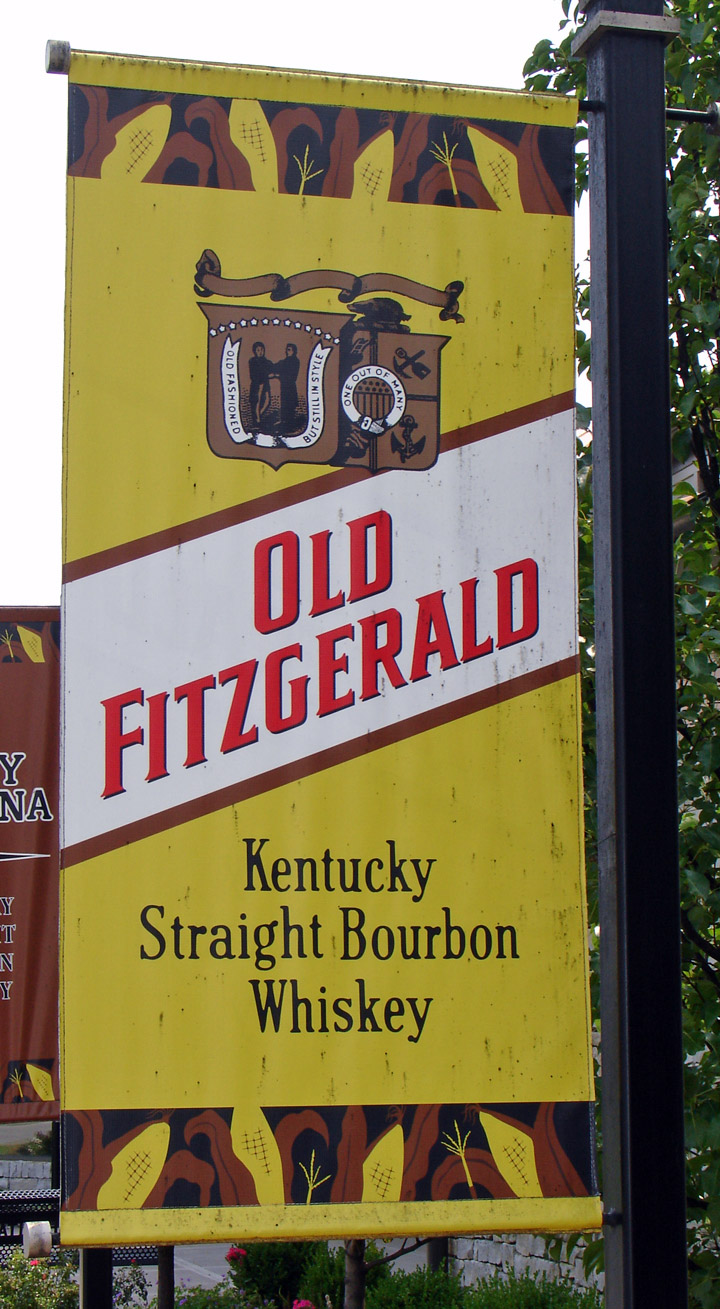 Most bourbons are distilled in Kentucky, and it is sometimes said that only Kentucky whiskey can properly be called bourbon. As of today, there are no running distilleries within the current boundaries of Bourbon County due to new counties being formed from Bourbon County since early whiskey making days. 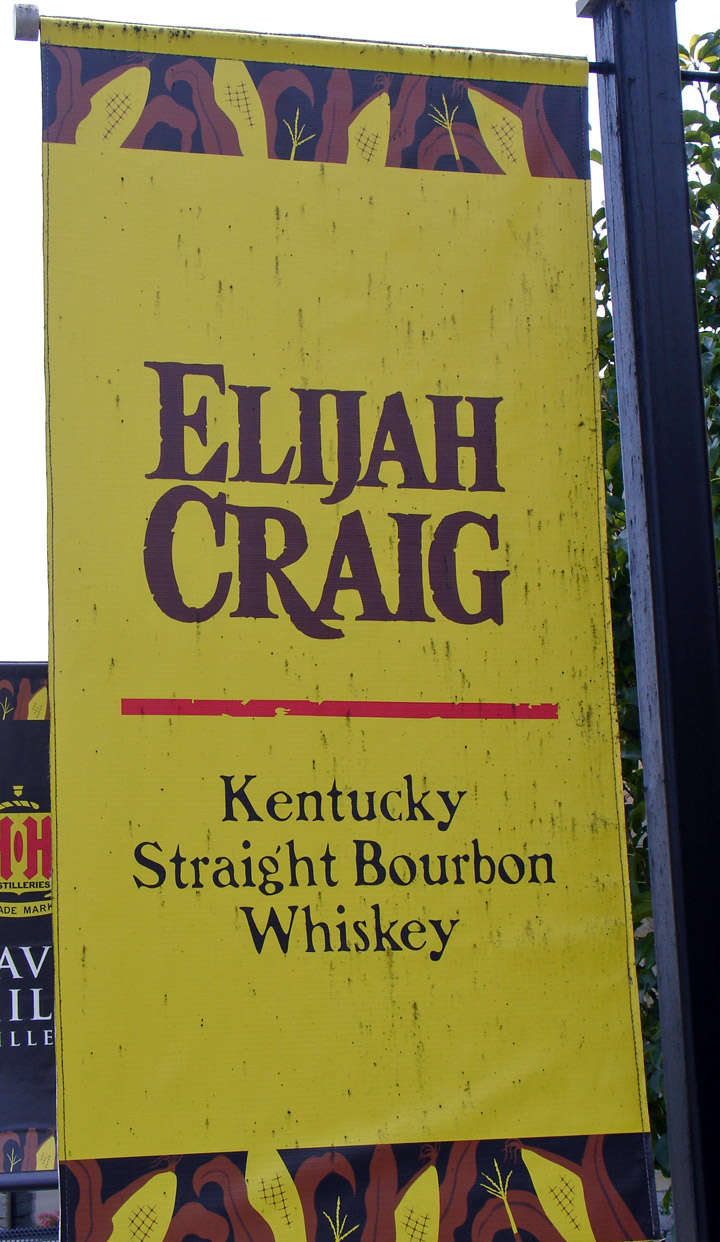 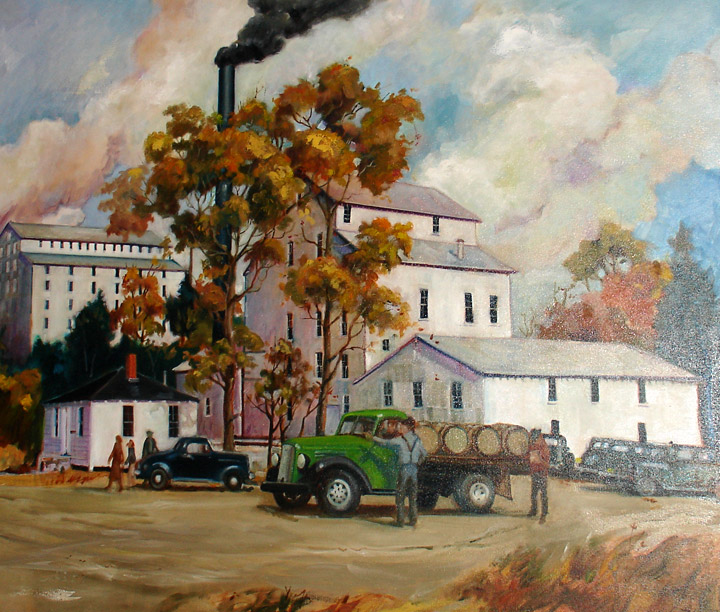 a painting of the early Heaven Hill distillery 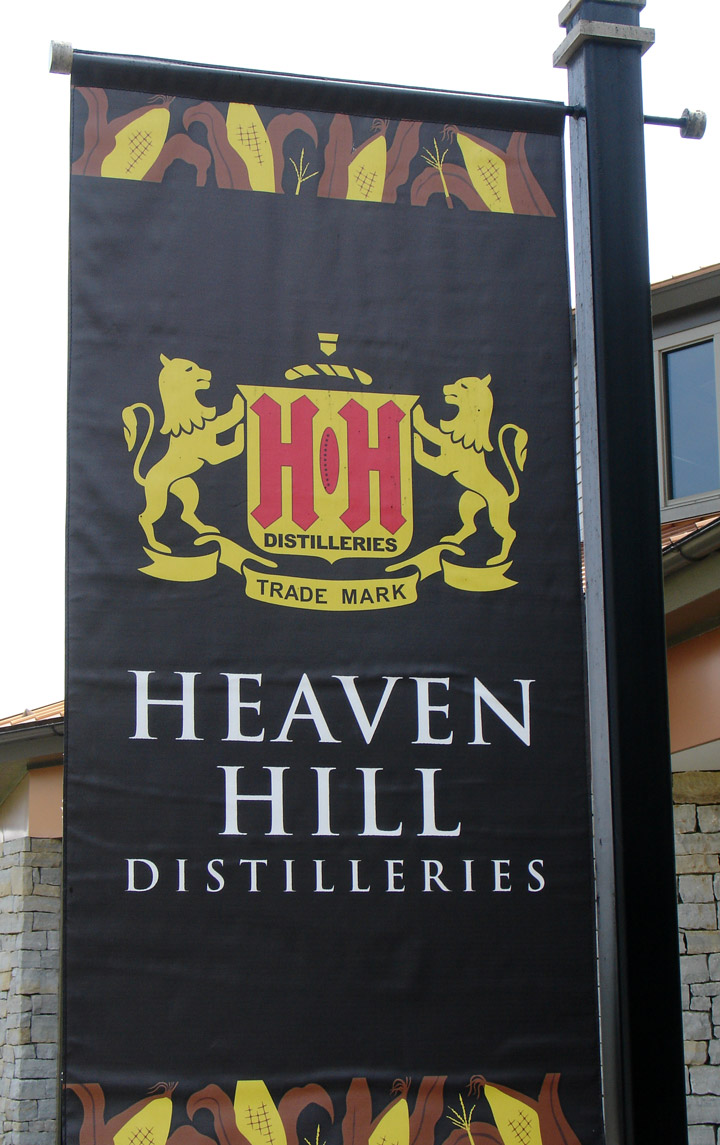 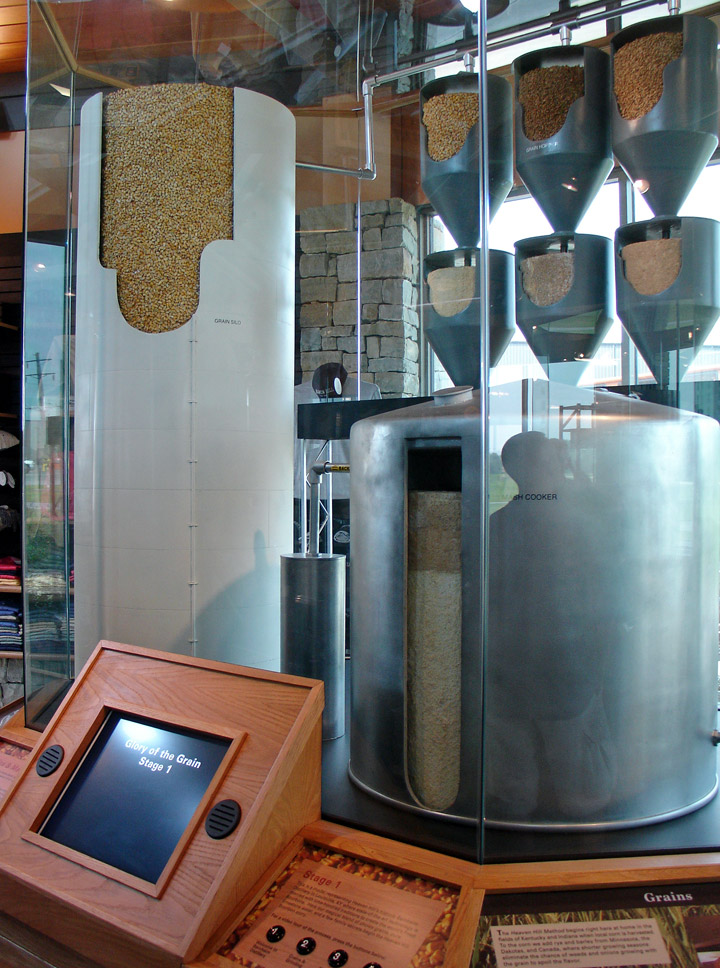 Story of the Grain
demonstrating how they are mixed 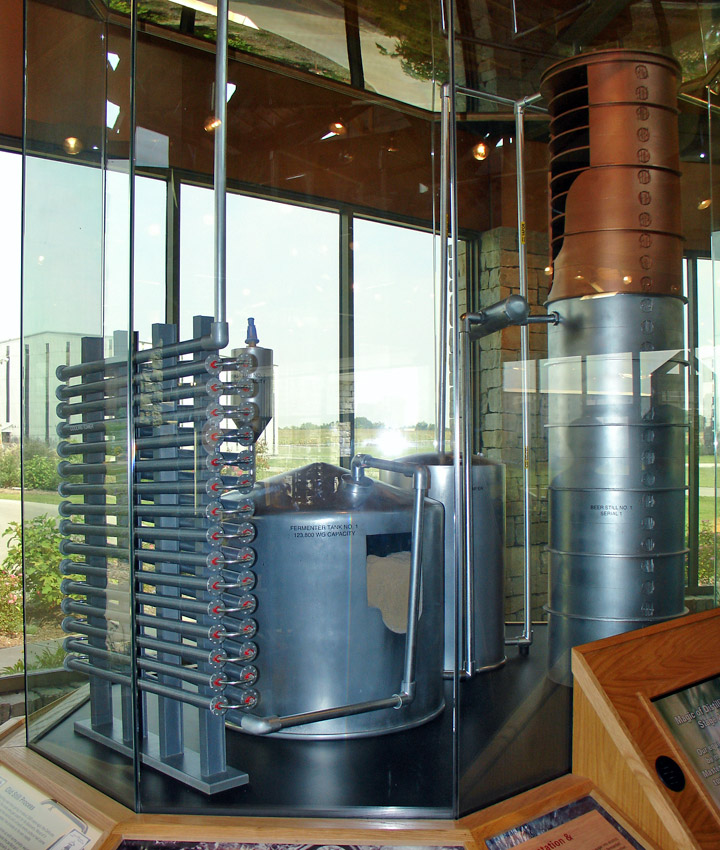 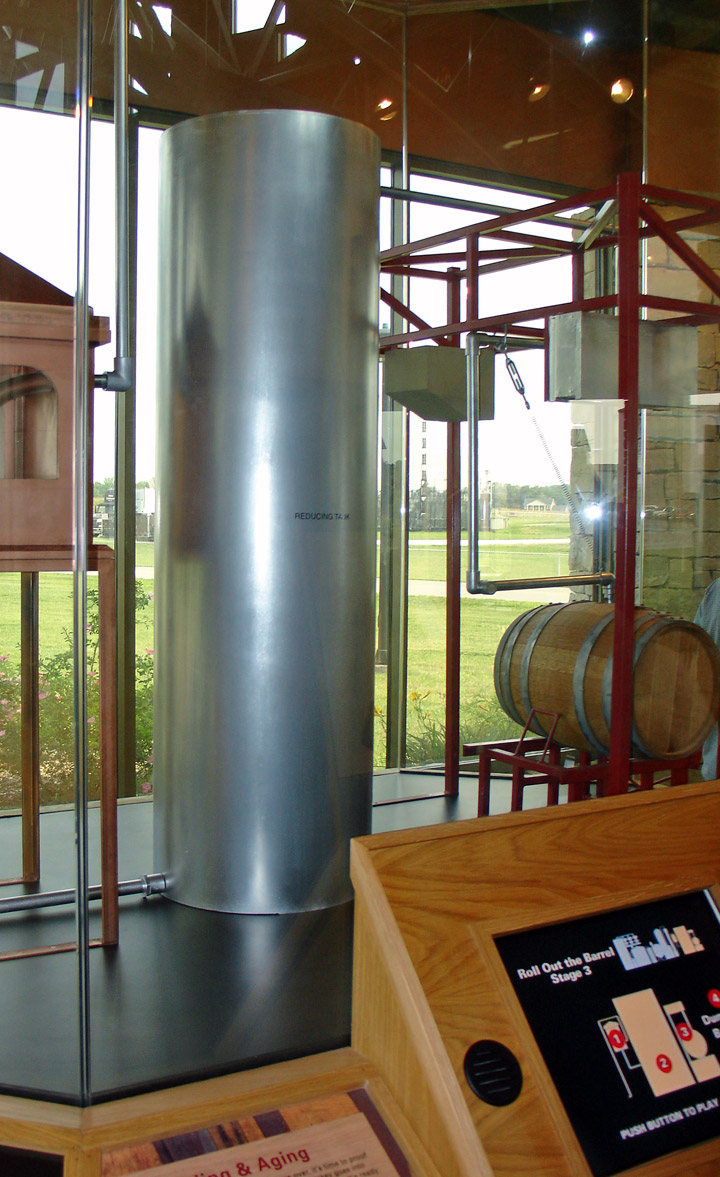 distillation and into the barrels for aging 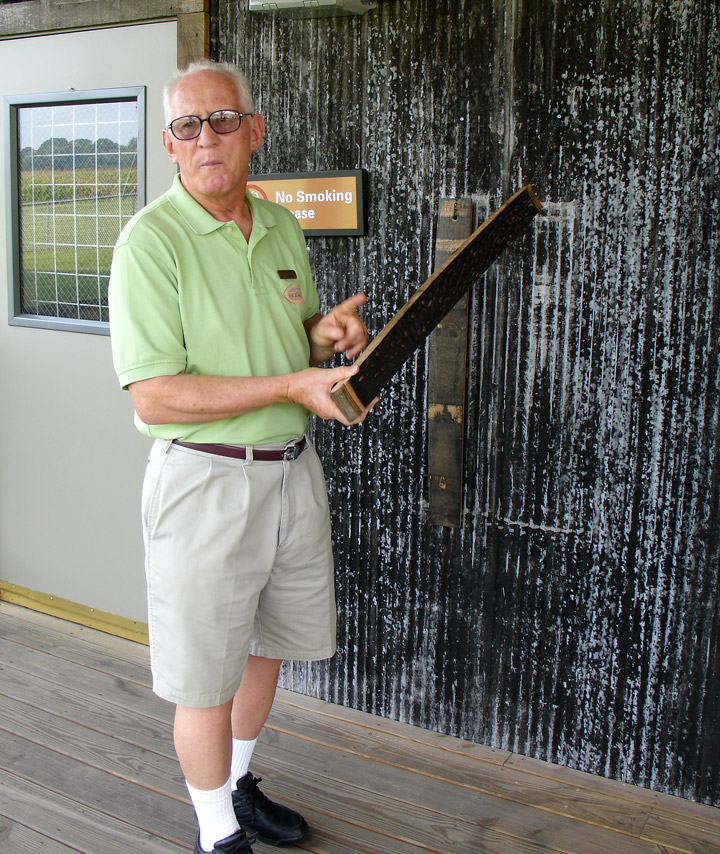 showing a charred barrel
(a requirement for aging bourbon) 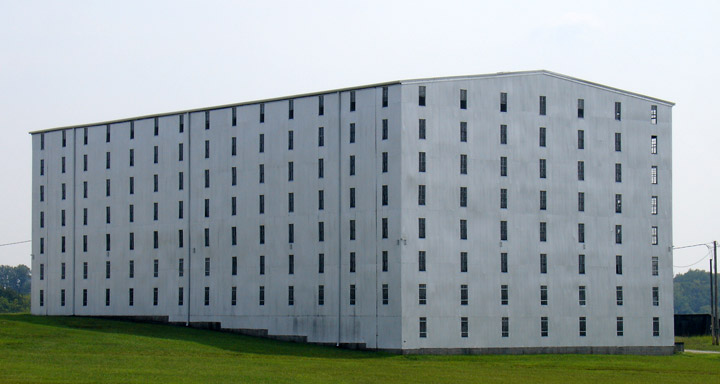 bonded warehouse for the aging process 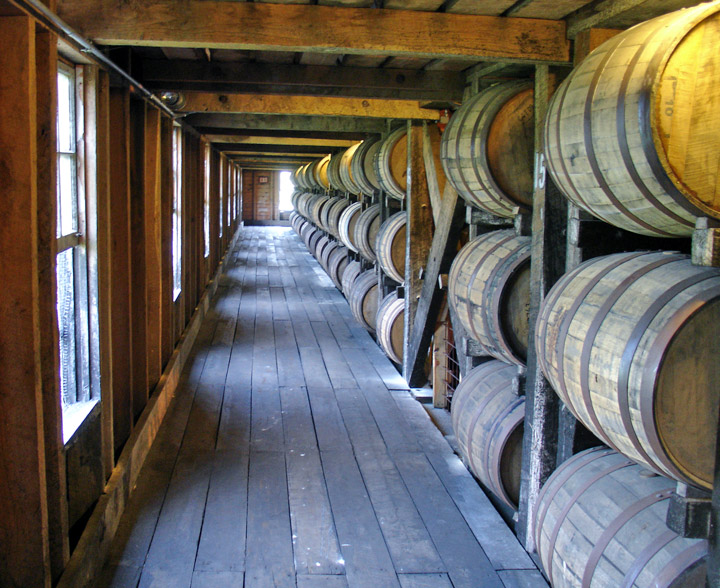 barrels racked inside the warehouse 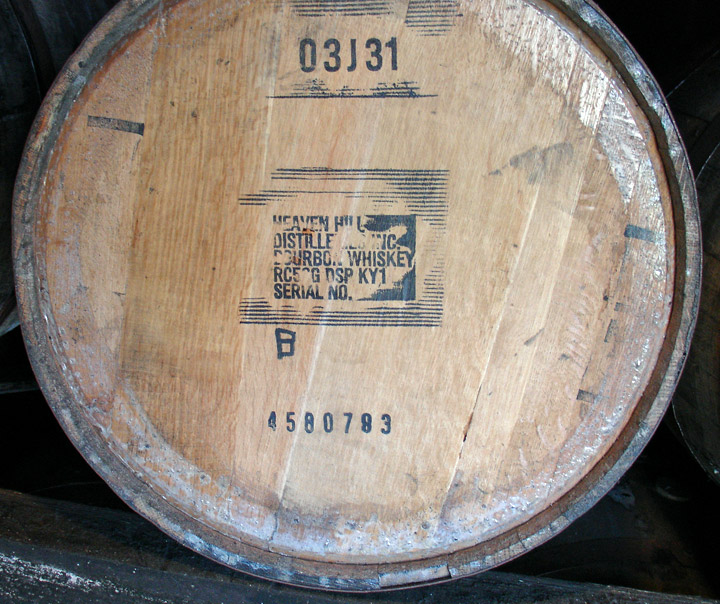 each labeled as to its contents 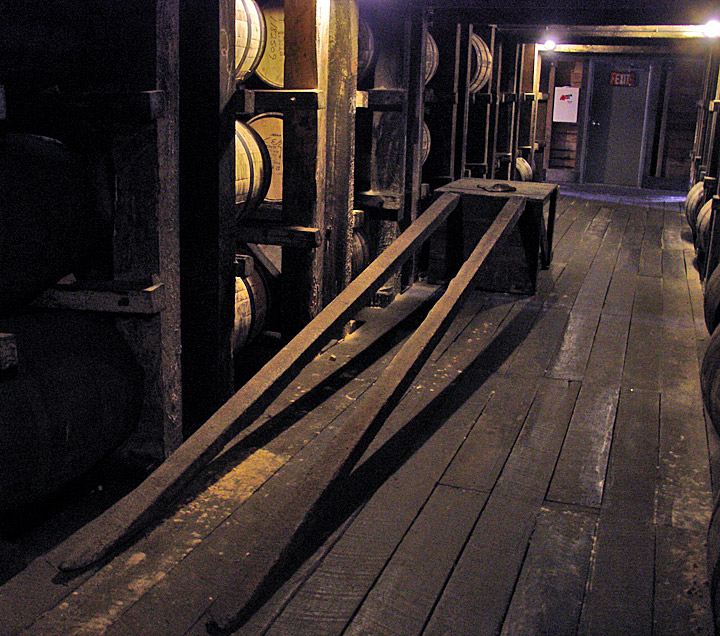 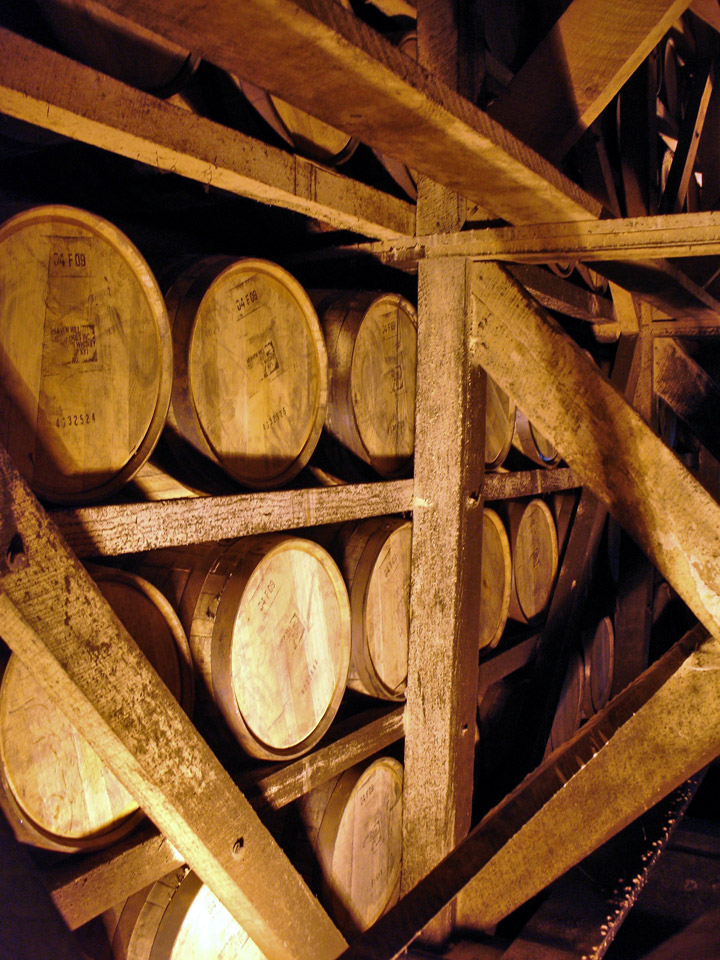 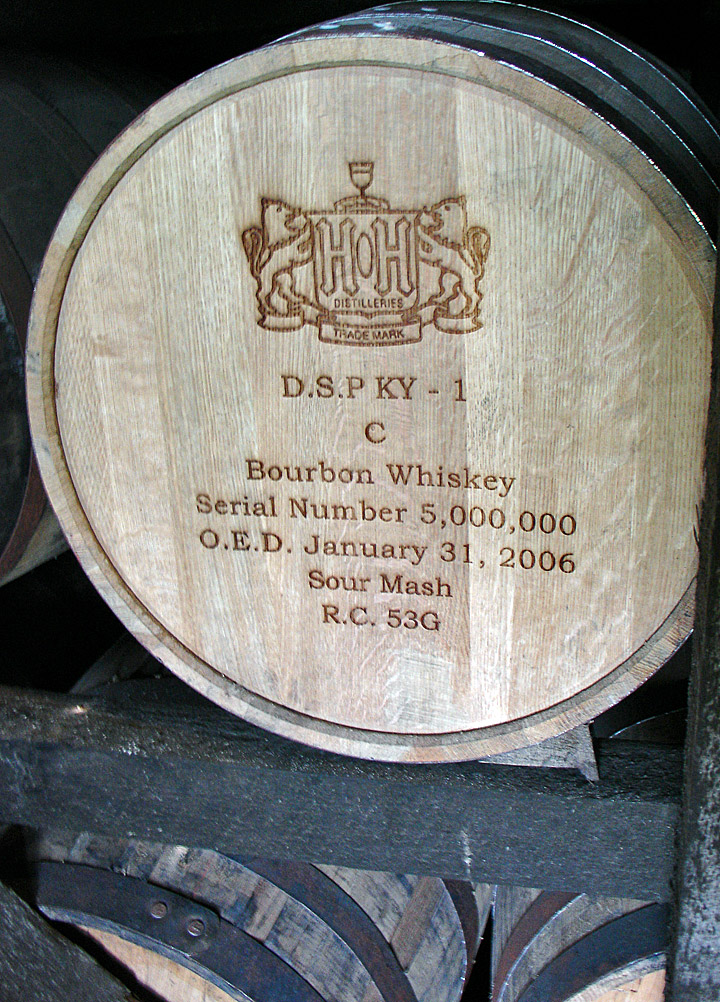 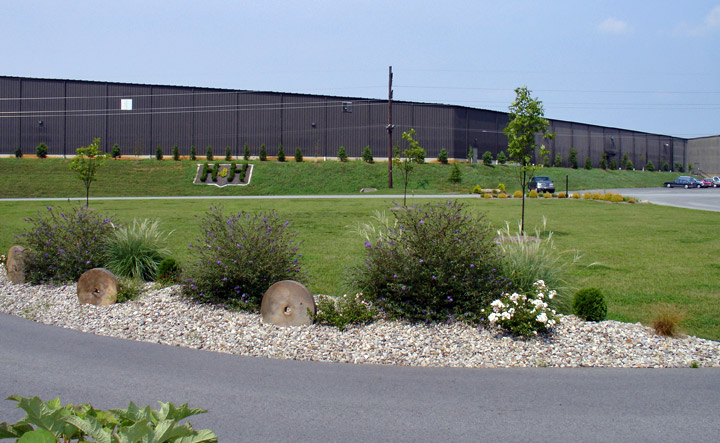 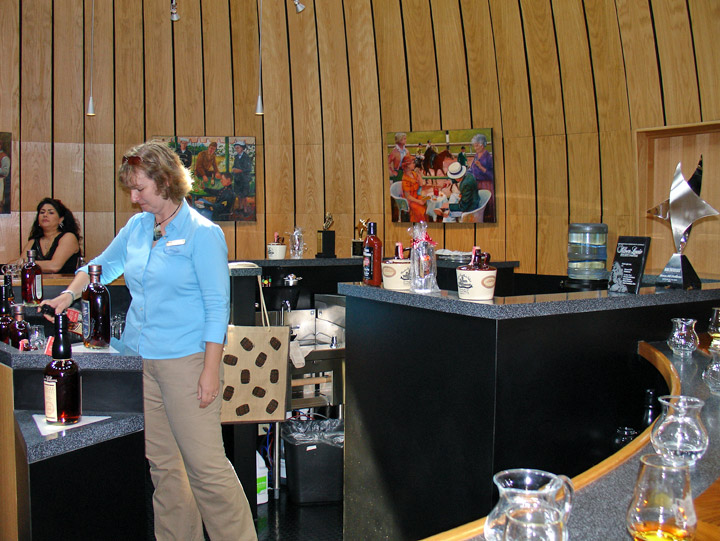 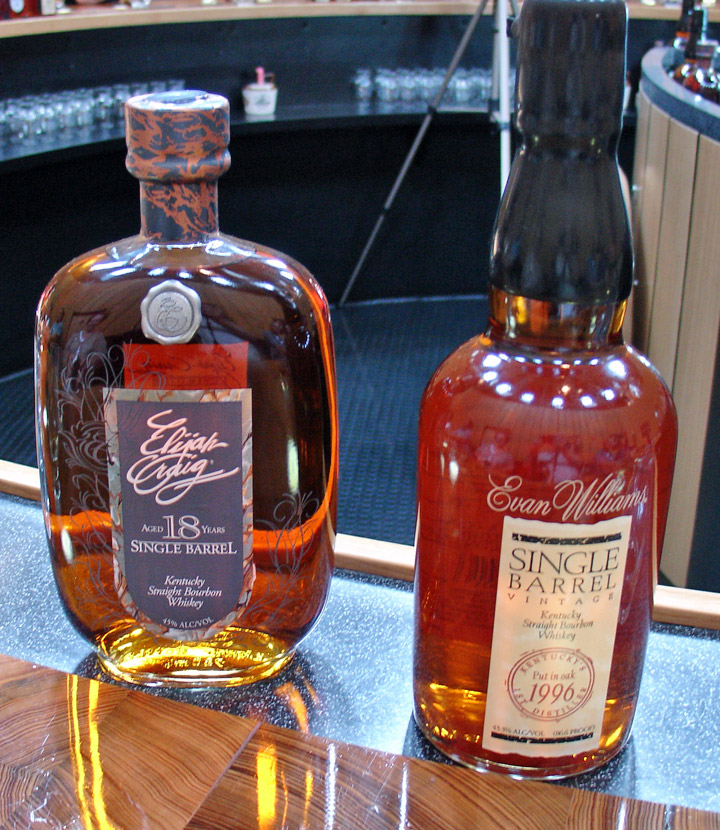 along with Elijah Craig, their premium brand