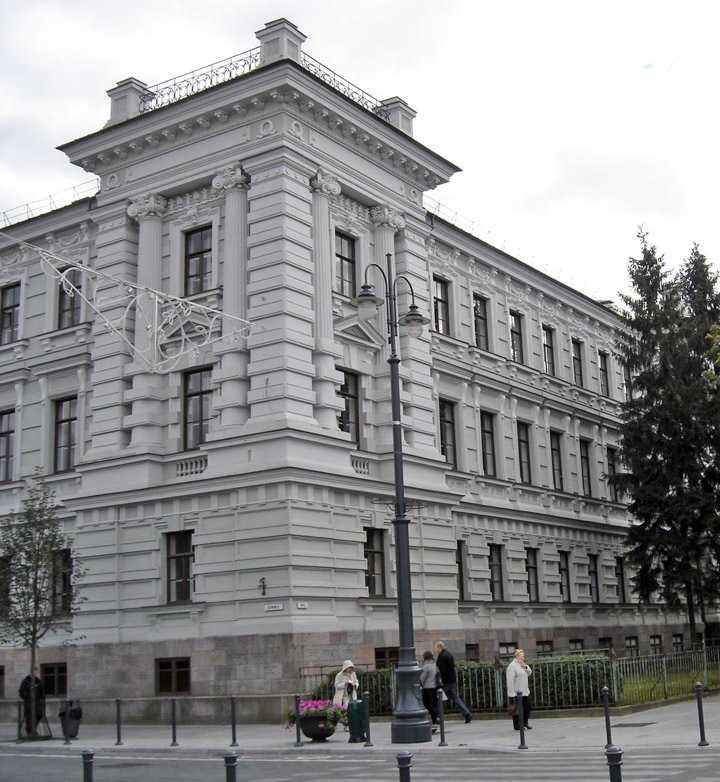 Museum of Genocide Victims established ten years ago is already interesting for the foreign visitors and for, Lithuanians, it reminds about our tragic history and losses… Museum is unique because it is the only one of its kind in the Baltic States that is established in the former KGB headquarters. The repressive institutions of the occupying power, which planned and carried out deportations and arrests, the persecution of political opponents and the suppression of the resistance had been housed in the building since the first Soviet occupation in 1940 till 1991. 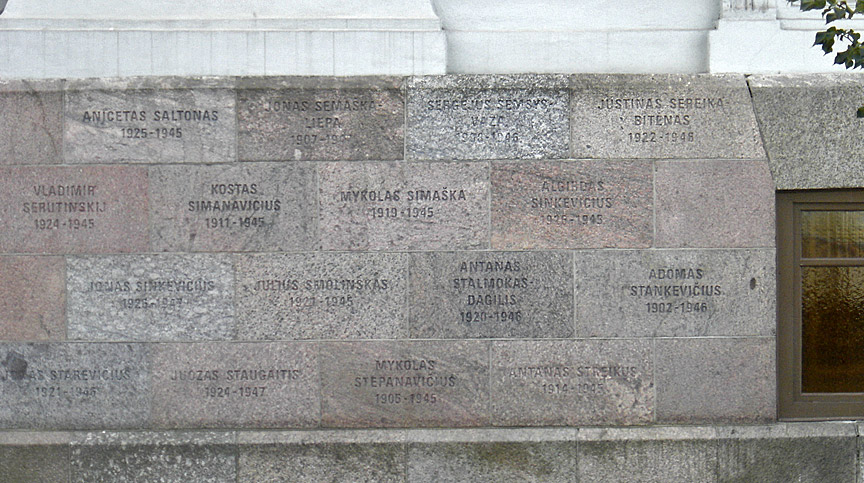 names of Lithuanian victims inscribed on the building blocks

The museum intends to present the events and facts about the Soviet repressions, to analyze and propagate the documentary and historical material, resistance movement against the occupation regime. 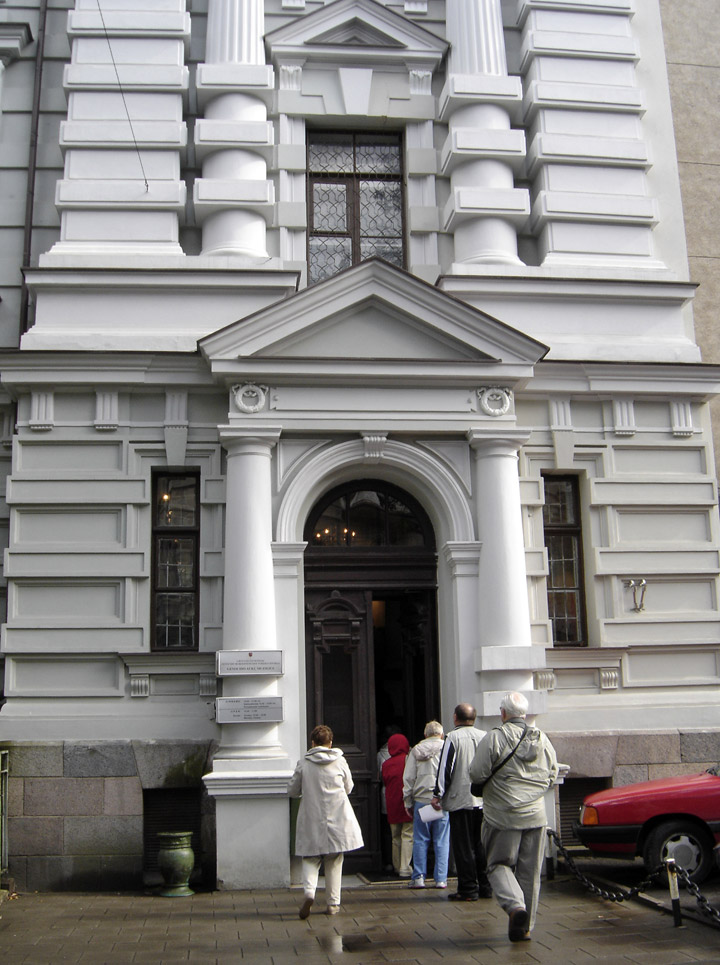 The Museum of Genocide Victims was established by the order of Minister of Culture and Education of the Republic of Lithuania and President of the Union of Political Prisoners and Deportees, dated October 14, 1992. 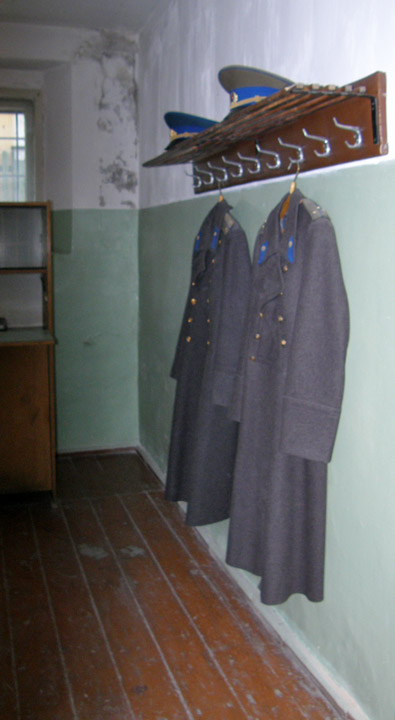 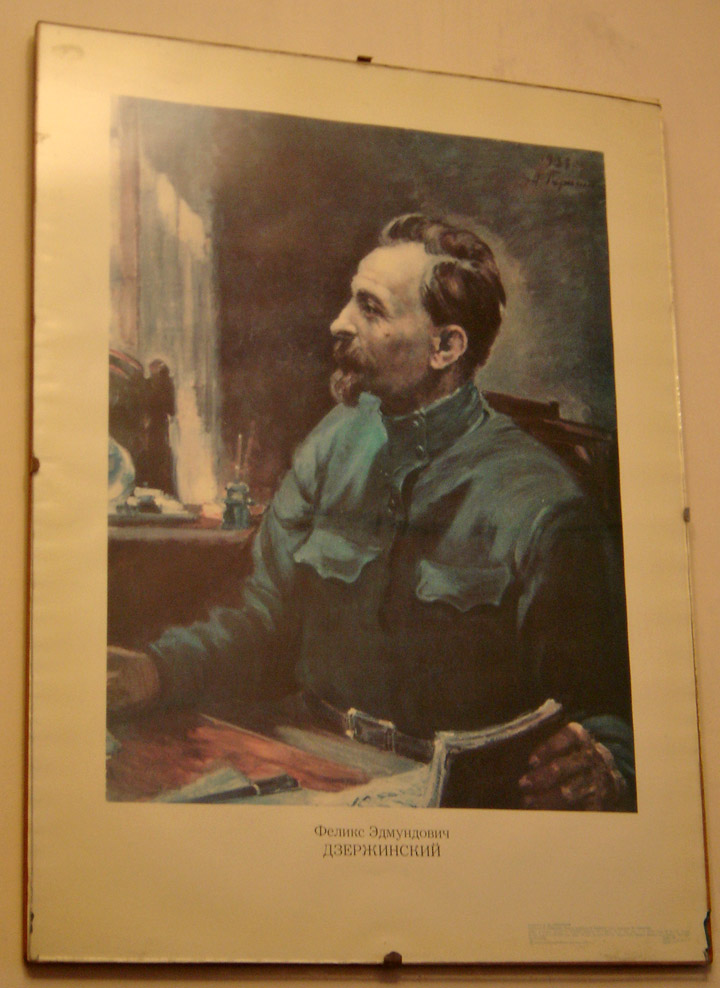 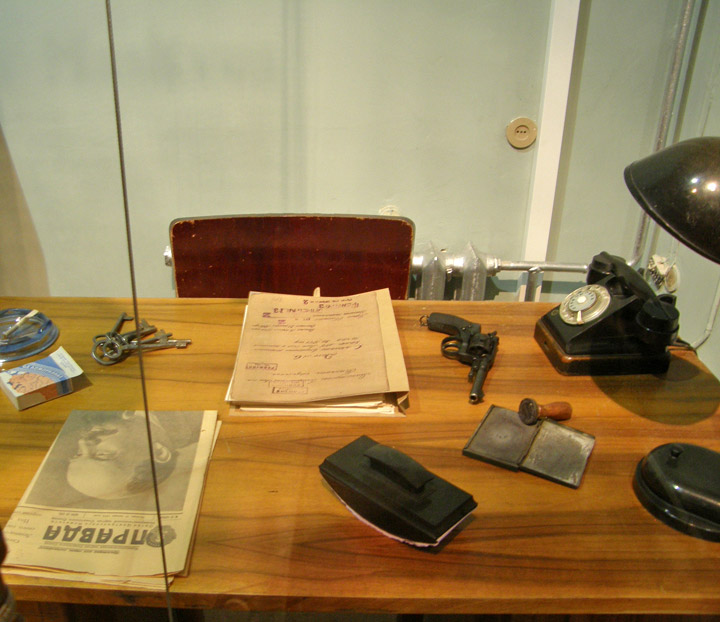 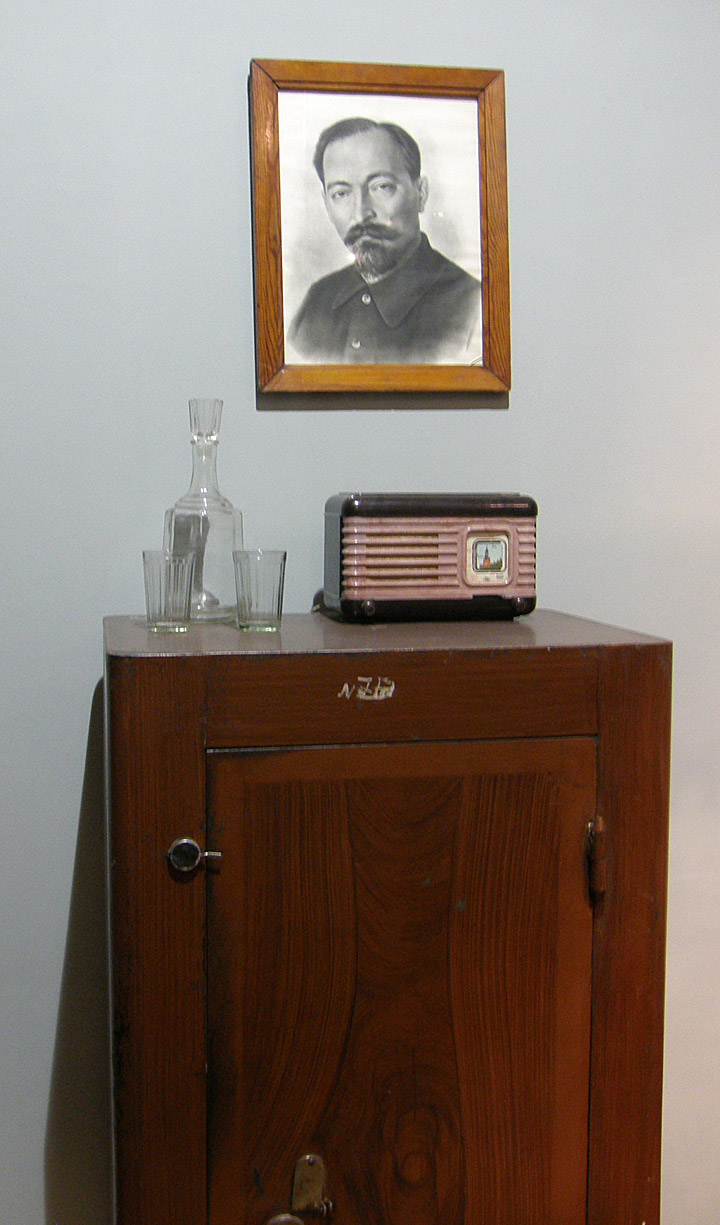 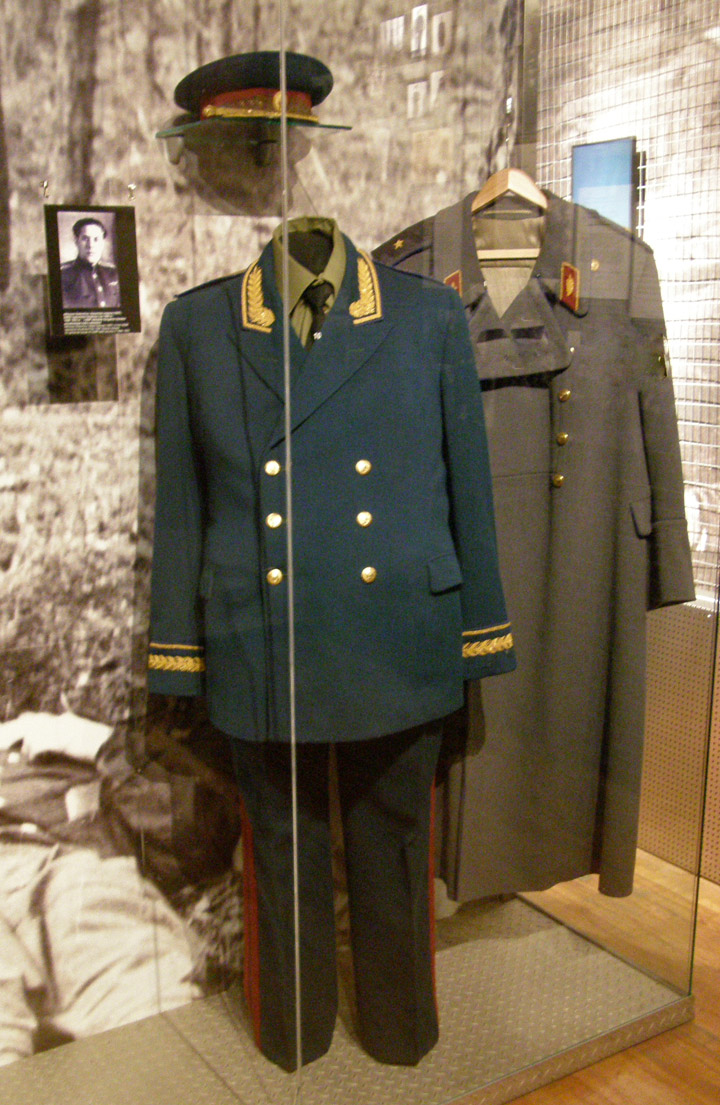 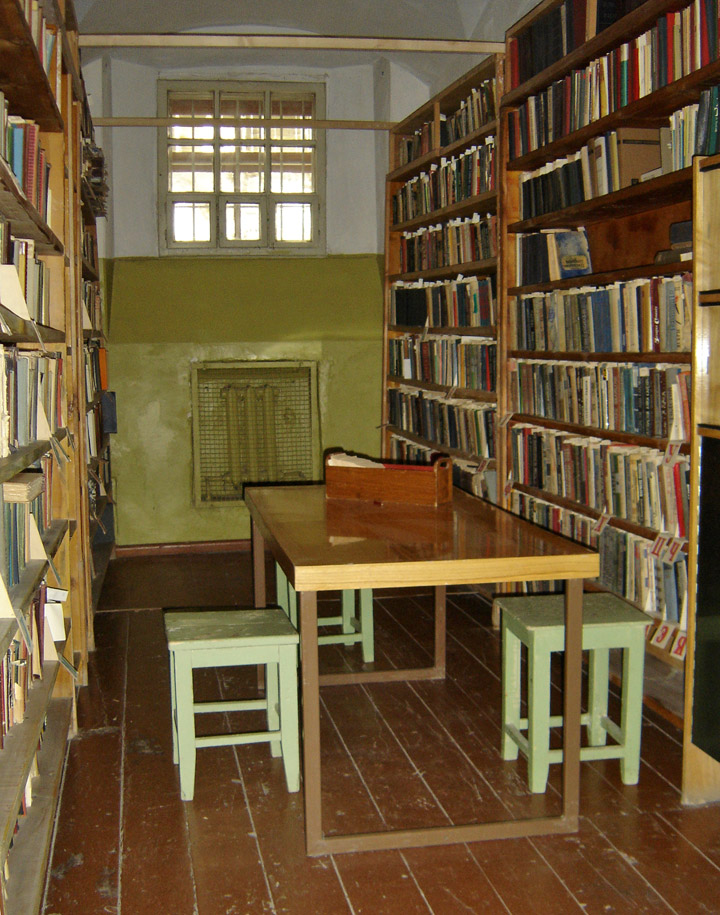 The museum was re-organized in 1997. By the Resolution of the Government of the Republic of Lithuania, dated March 24, 1997, the rights of the founder of museum were taken over by the Research Centre of Genocide and Resistance of Lithuanian Population. Now it is a part of the said Centre. 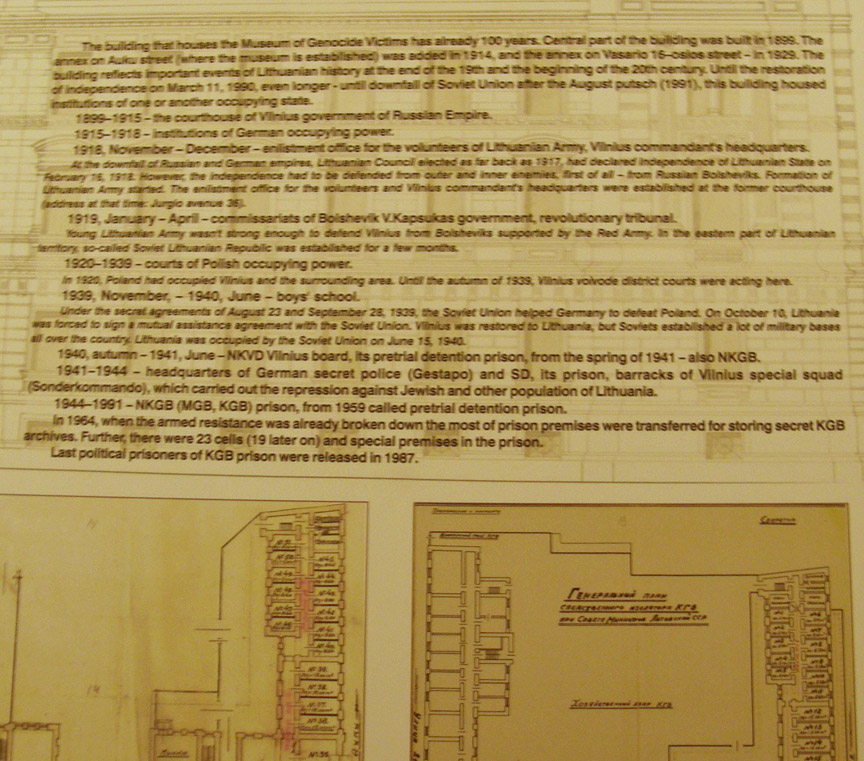 The most important part of the exhibition put on by the museum is the old NKVD/MGB/KGB prison that was established in the basement of the building in the autumn of 1940 after Lithuania‘s occupation by the Soviet Union. At that time, the prison contained 50 cells. Only at the beginning of the 1960s, when the anti-Soviet resistance was broken, were most of the cells used to house the KGB archives. The remaining 23 cells (later on, 19) were still used for the imprisonment of dissidents and fighters for human rights.
The prison is now as it was when the KGB left it in August 1991. Visitors can see 19 common wards, the rooms of the duty officer and the guards, the search and fingerprinting rooms, a padded cell where prisoners were tortured, solitary confinement cells and courtyards where prisoners were taken for exercise. 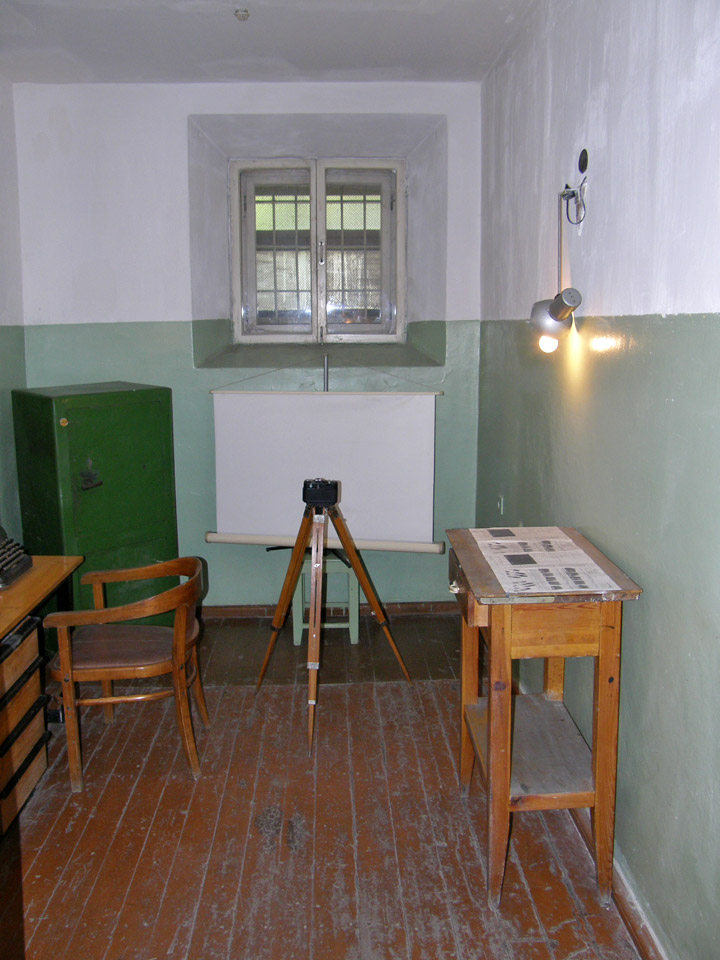 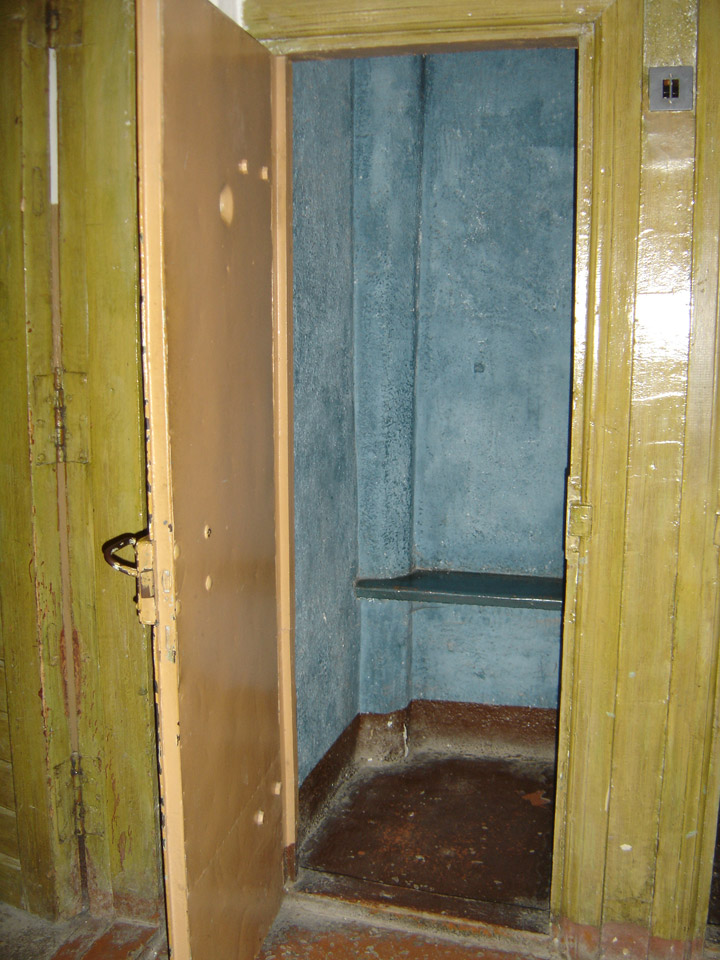 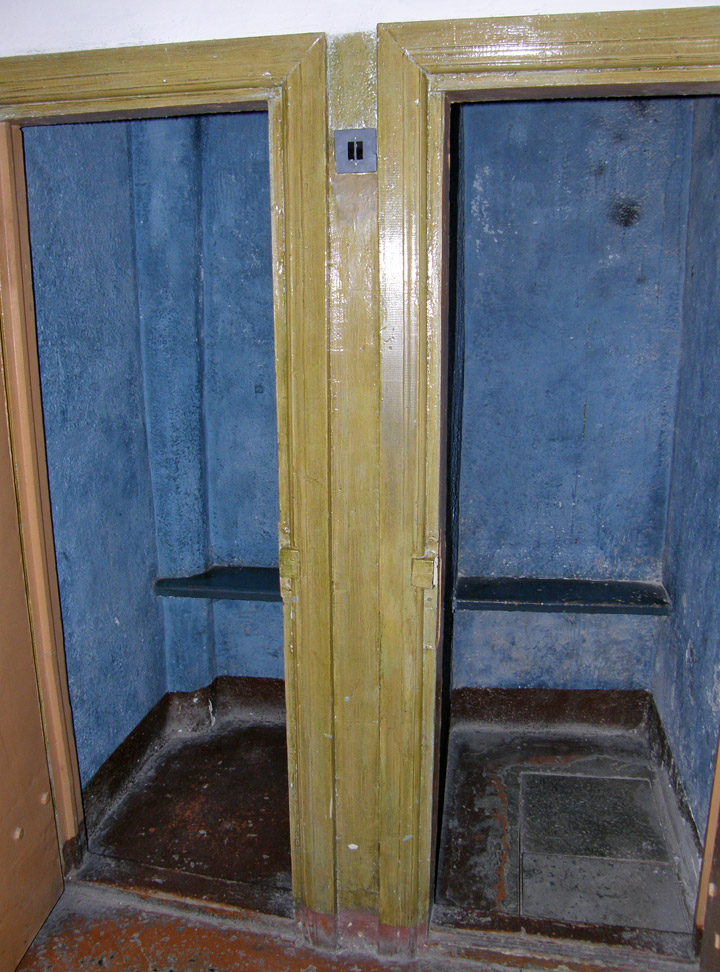 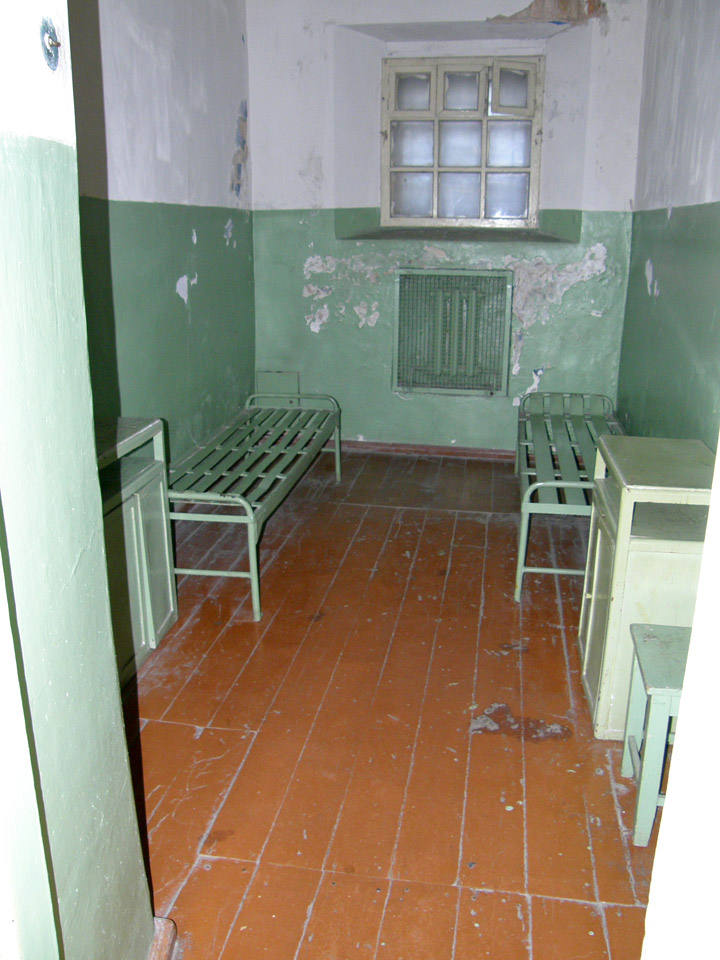 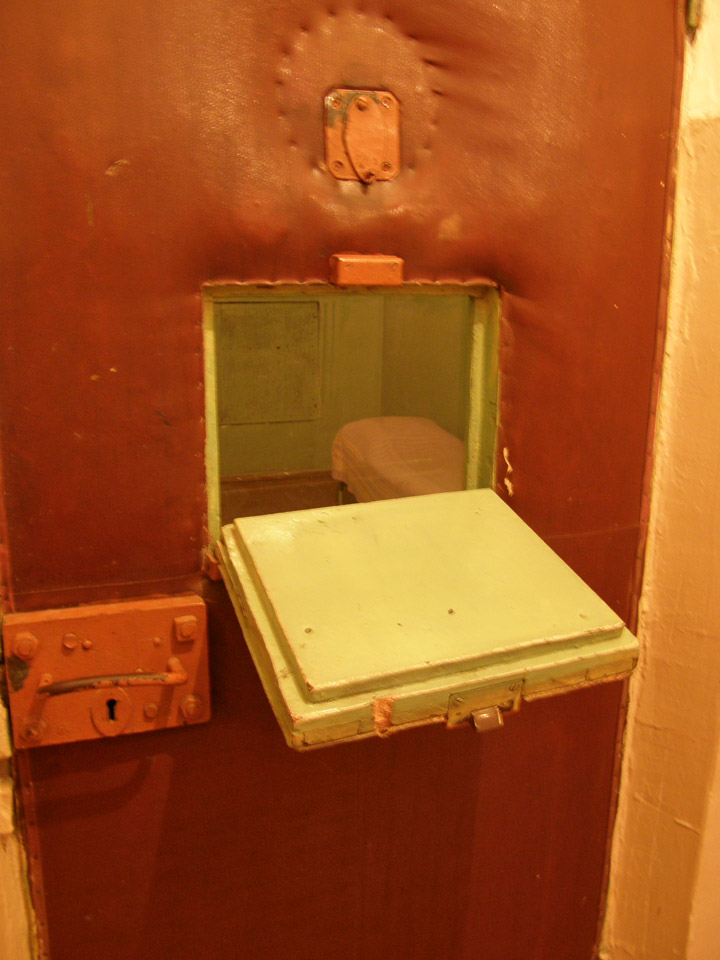 opening for checking on and feeding the prisoners 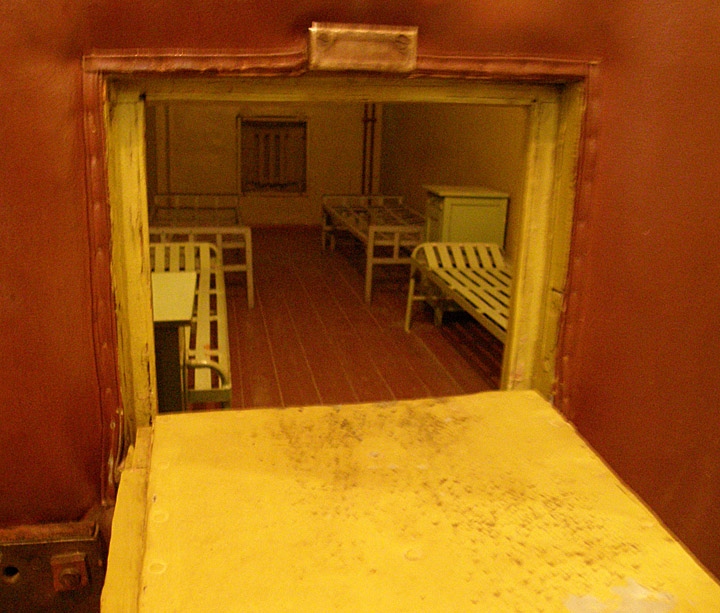 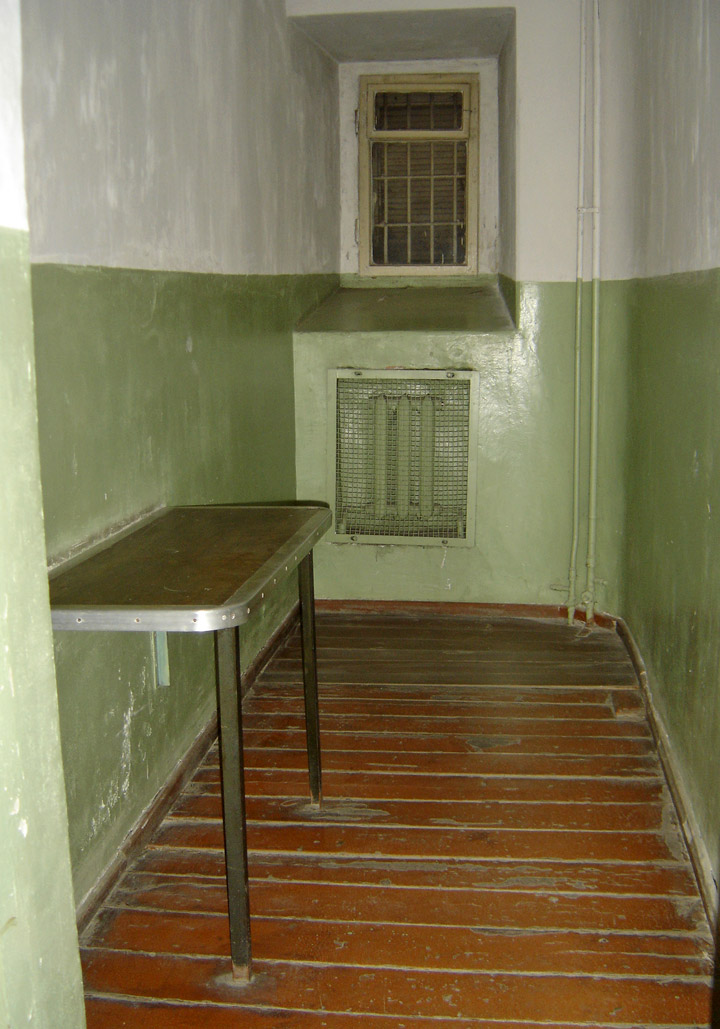 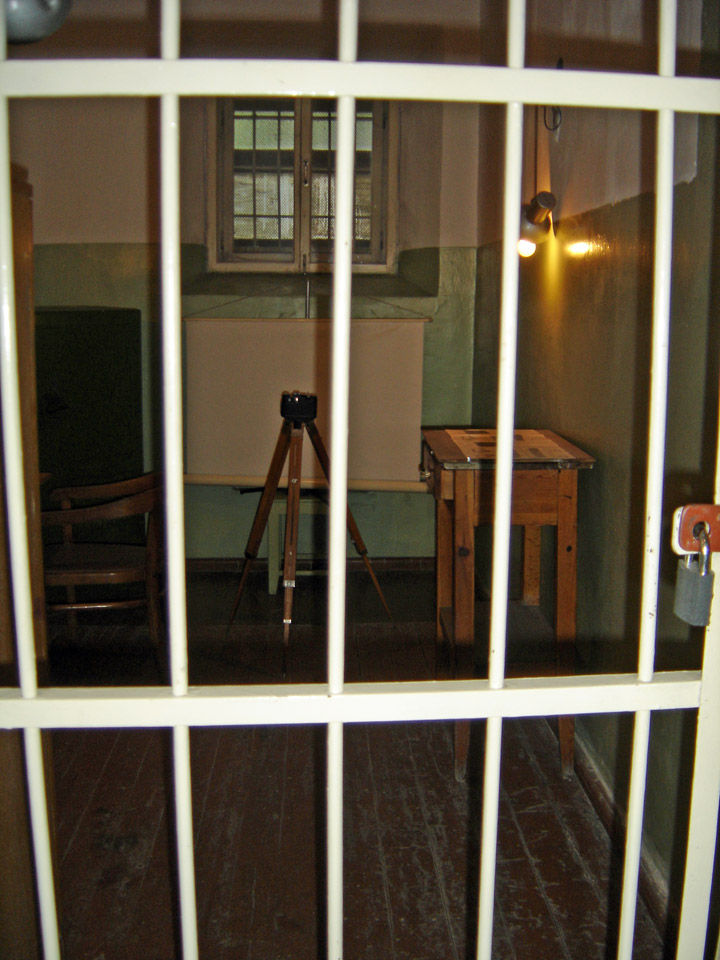 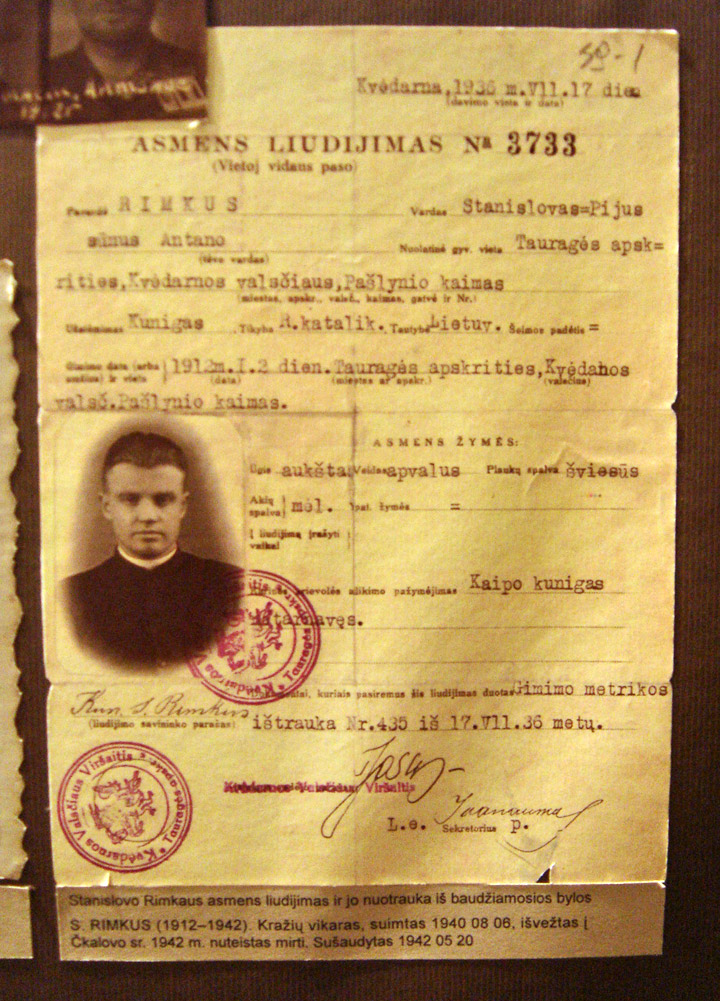 exhibition about the persecution of priests 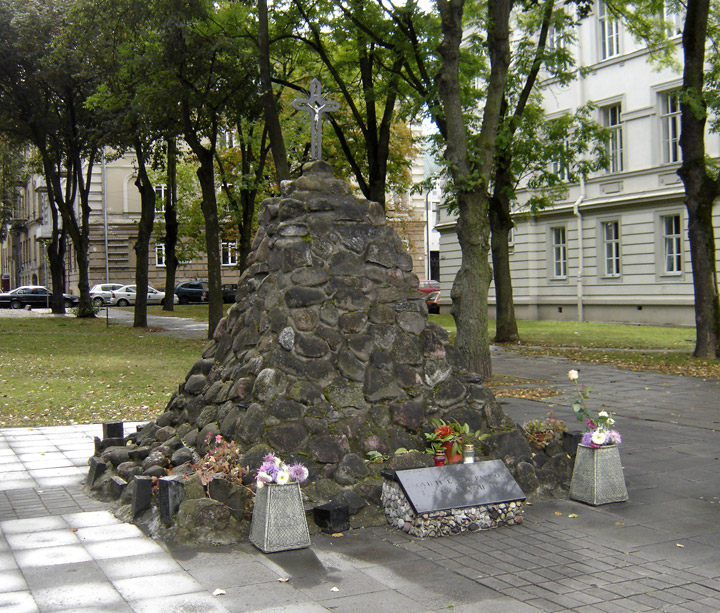 memorial in the park in front of the building