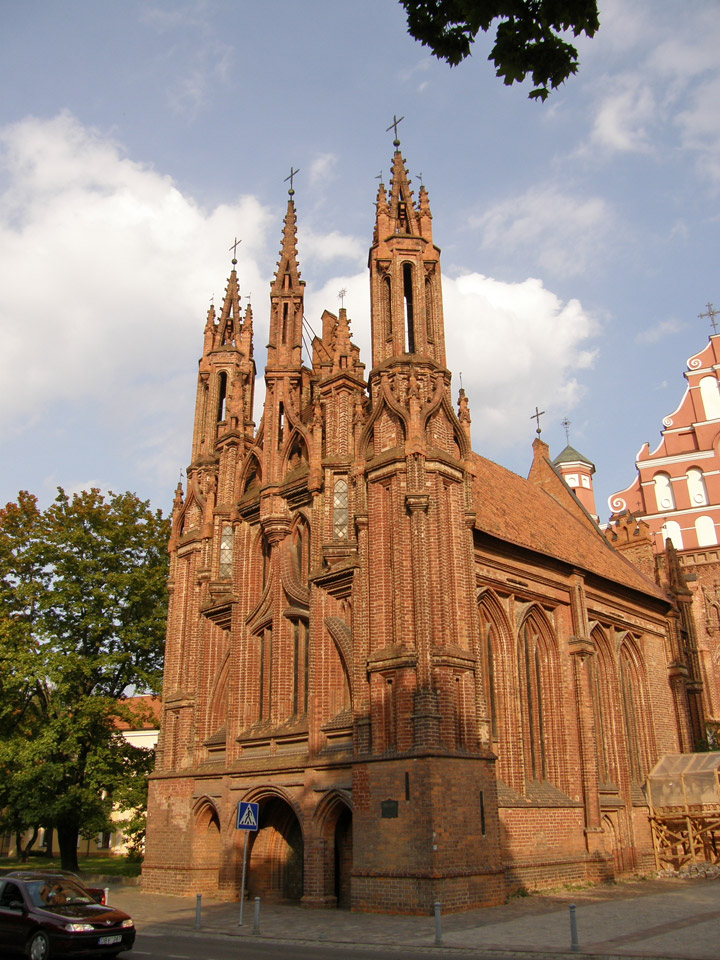 St. Anne's Church (Lithuanian: Šv. Onos bažnyčia) is a Roman Catholic church in Vilnius' Old Town, on the right bank of the Vilnia River. It is a prominent example of both Flamboyant Gothic and Brick Gothic styles. St. Anne's is among the features of Vilnius Old Town that enabled the district to be included in the list of UNESCO World Heritage sites. 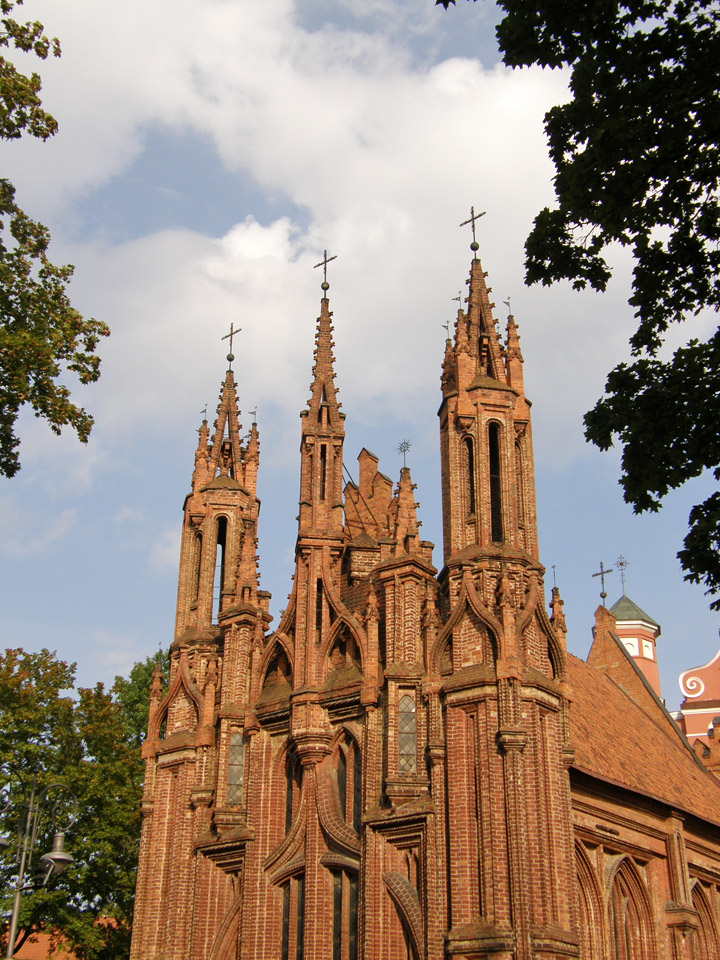 The first church at this site, thought to be wooden, was built for Anna, the second wife of Vytautas the Great. Originally initially intended for the use of Catholic Germans and other visiting Catholics, it was destroyed by a fire in 1419. The present brick church was constructed on the initiative of Grand Duke of Lithuania Alexander in 1495 - 1500; the exterior of the church has remained almost unchanged since then. The reconstruction of the church, funded by Mikołaj "the Black" Radziwiłł and Jerzy Radziwiłł, was carried out in 1582 after a severe fire damage. Abraomas Kulvietis has been preaching in the church from 1538 until 1541. 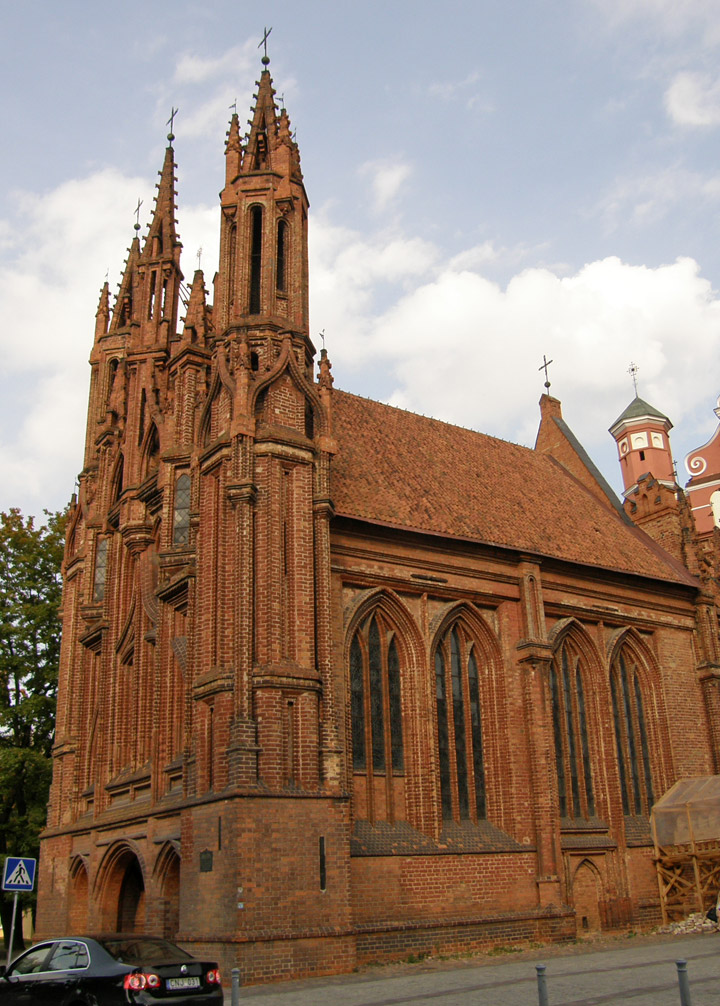 The design of the church building is attributed to either Michael Enkinger, the architect of a church of the same name in Warsaw, or to Benedikt Rejt. However, neither of the attributions is attested by written sources. St. Anne's Church is part of an ensemble, comprised of the much larger Gothic Church of St. Francis and Bernadine, as well as a monastery. 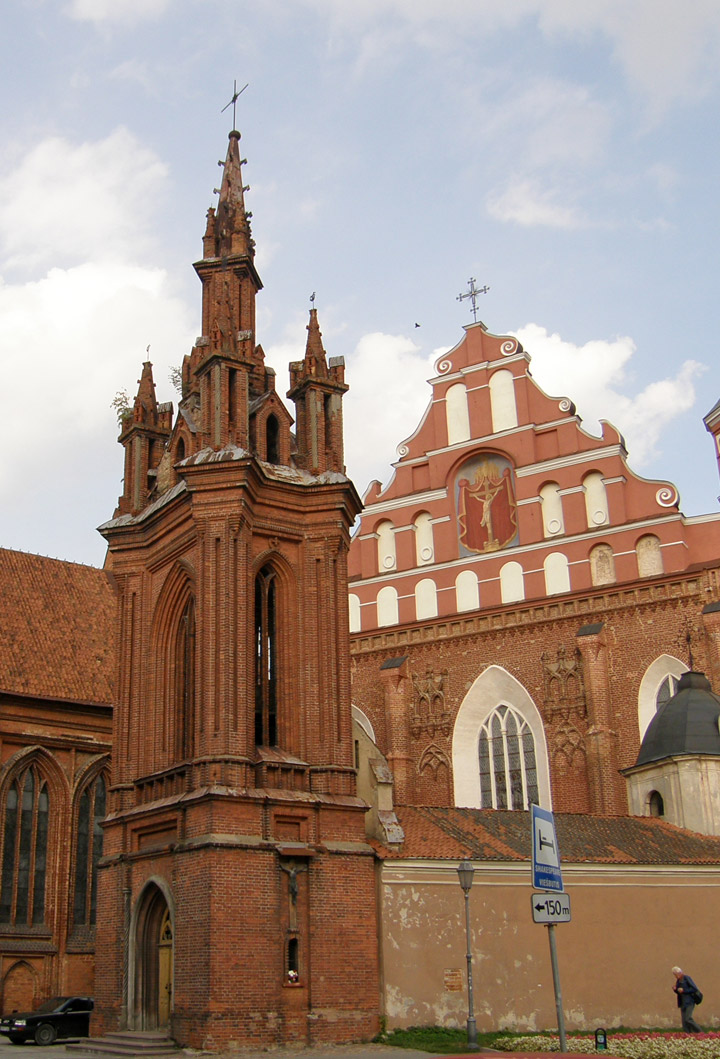 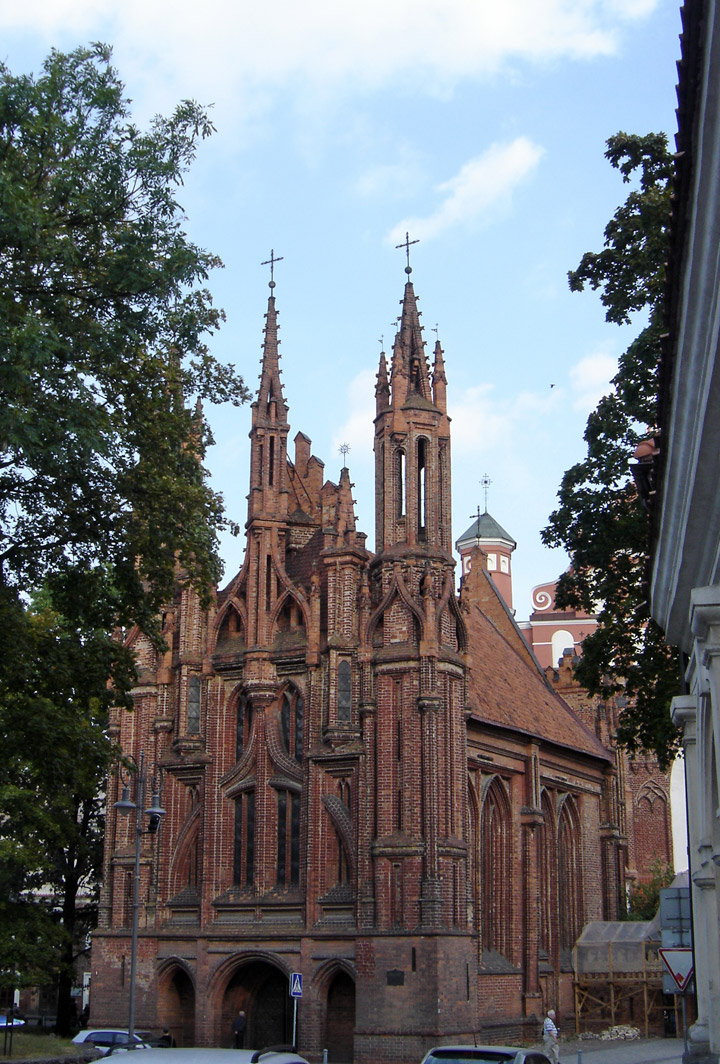 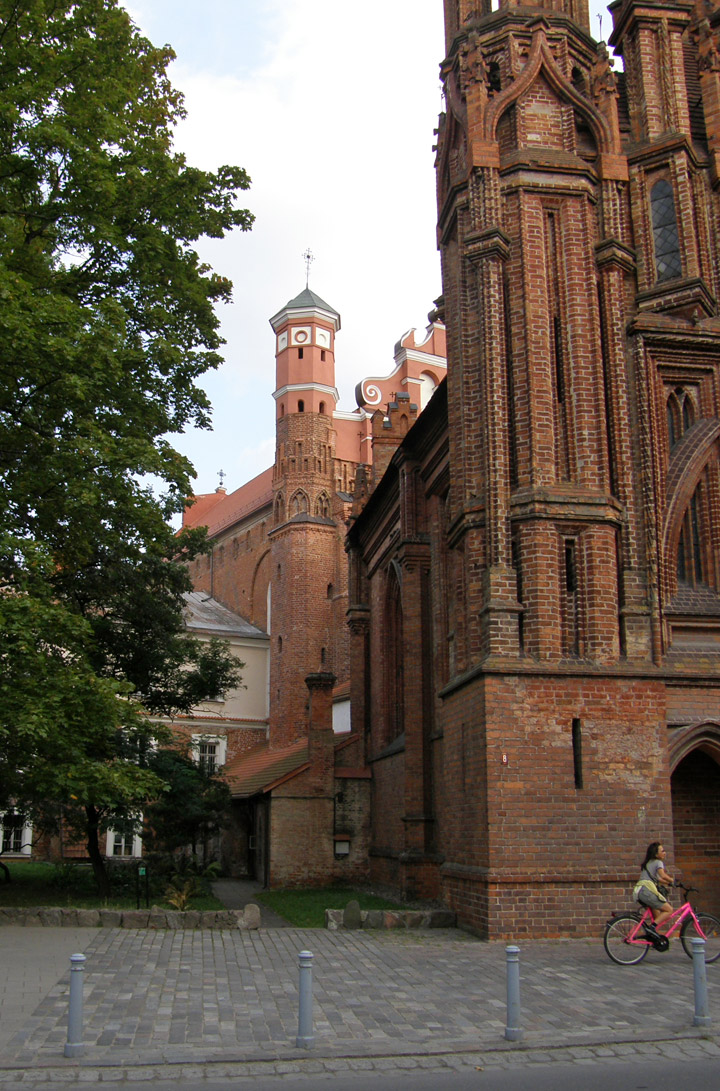 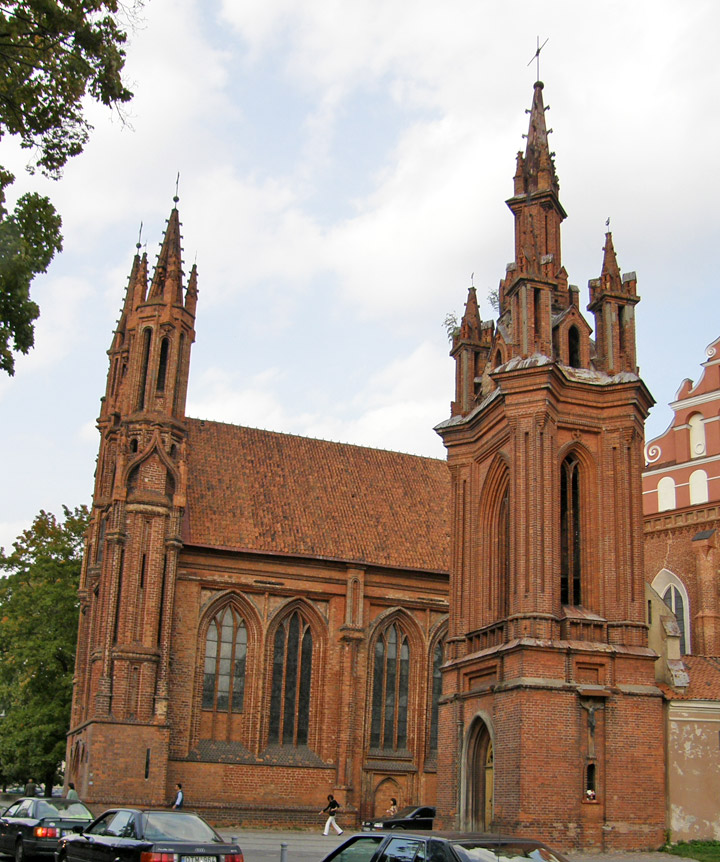 A novel approach to bricks as a construction material was employed in the church's construction. The main façade, designed in the Flamboyant Gothic style, is its most striking feature. Traditional Gothic elements and shapes were used in unique ways; Gothic arches are framed by rectangular elements dominating a symmetrical and proportionate façade, creating an impression of dynamism. 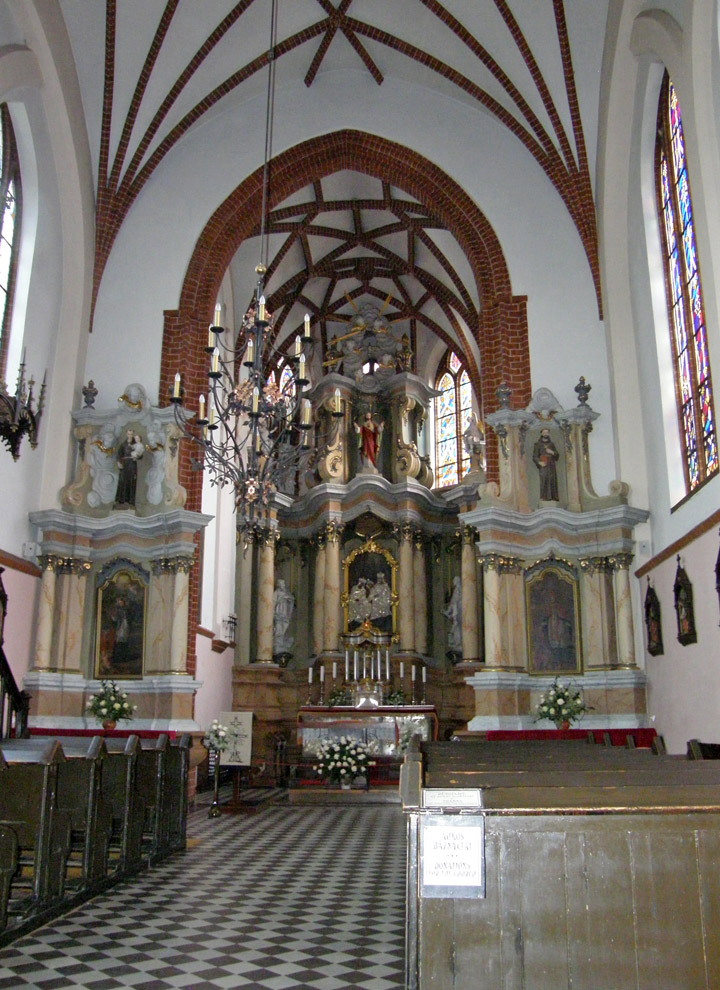 The church has one nave and two towers. It was built using 33 different kinds of clay bricks and painted in red. The interior is decorated in the Baroque style, as is its altar. The imitative neo-Gothic bell tower, constructed in the 1870s, stands nearby. 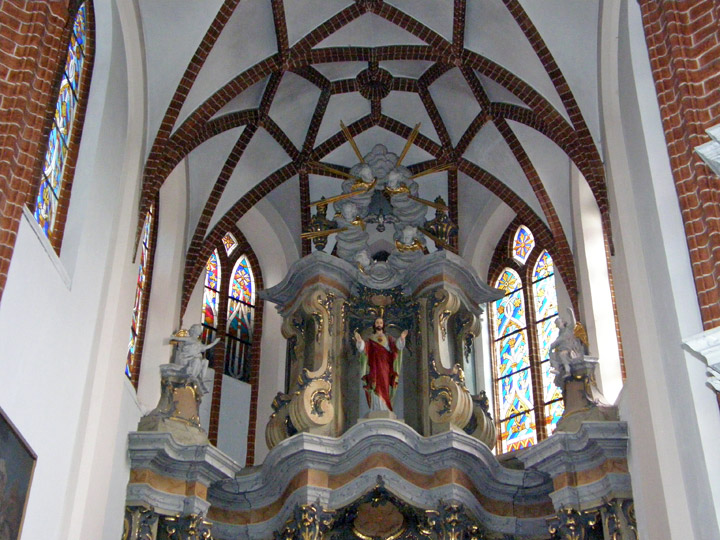 There is a well-known legend that Emperor Napoleon, after seeing the church during the course of the Franco-Russian War in 1812, expressed a wish to carry the church home with him to Paris 'in the palm of his hand'. In reality, however, he gave it to his cavalry instead. 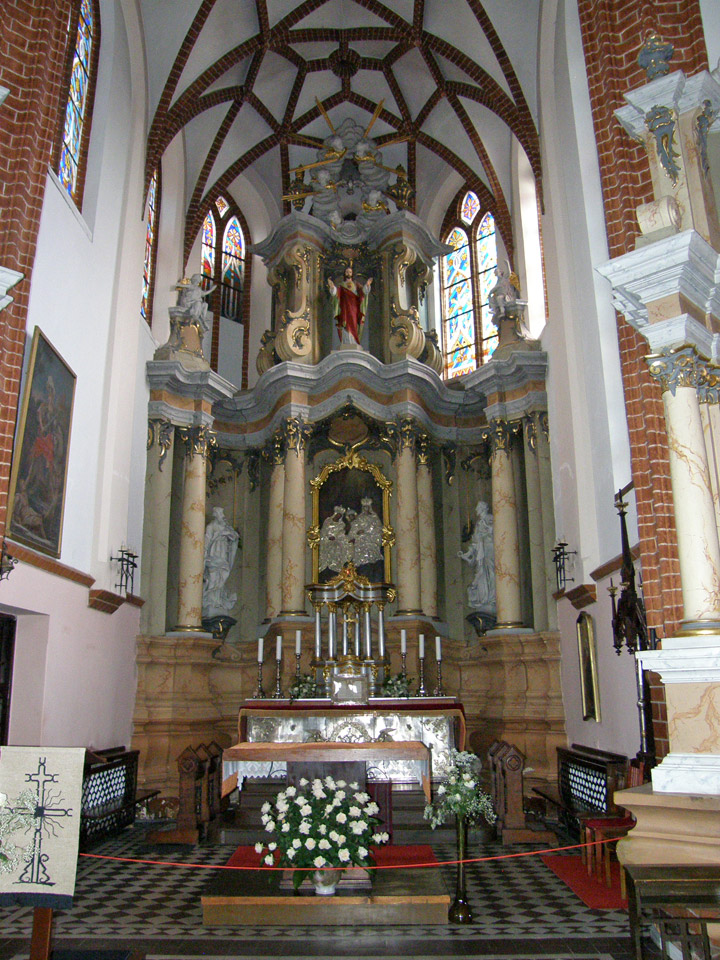 On August 23, 1987 the Lithuanian Freedom League held a rally in a square near the church and the monument of Adam Mickiewicz to protest the ongoing Soviet occupation, which was broken up by the militia. 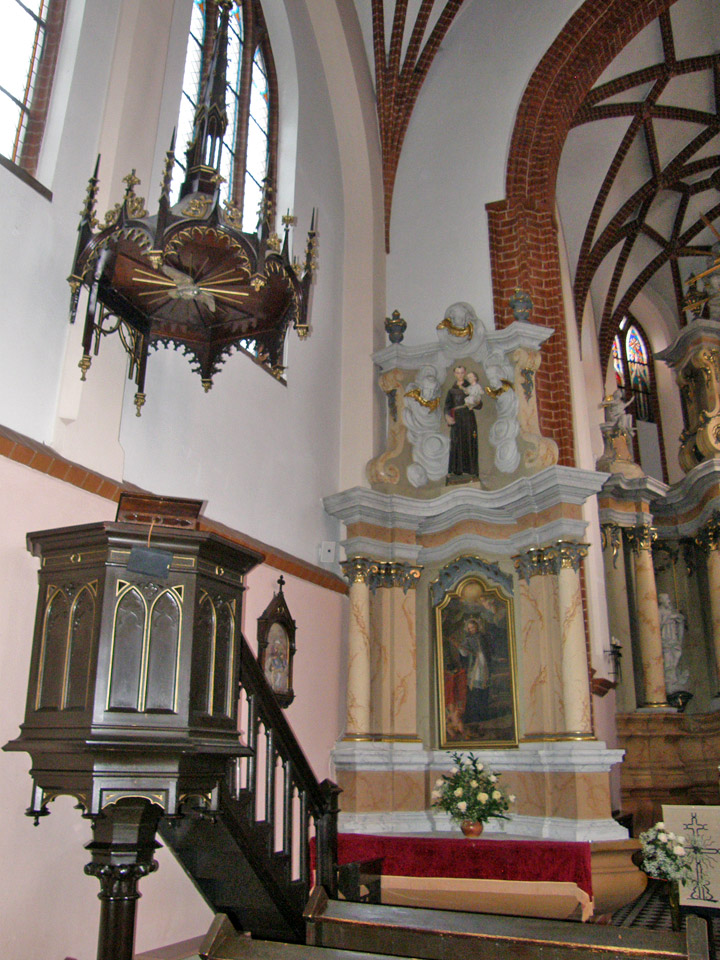 According to Lithuanian architect and art researcher Vladas Drėma, patterns from the Pillars of Gediminas are echoed in the church's façade. 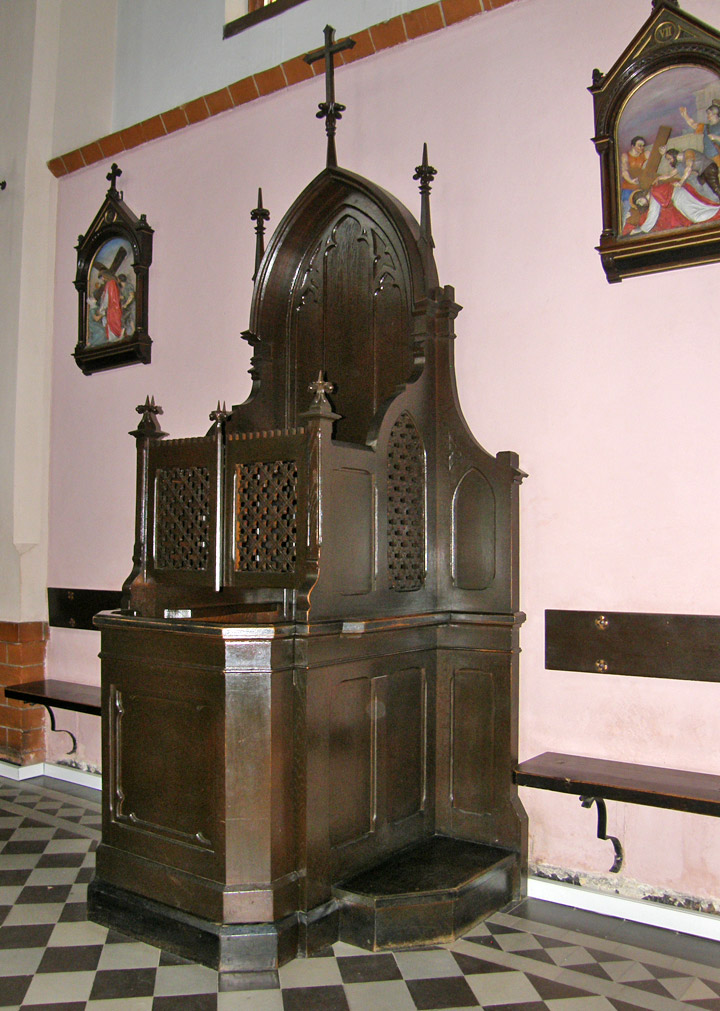 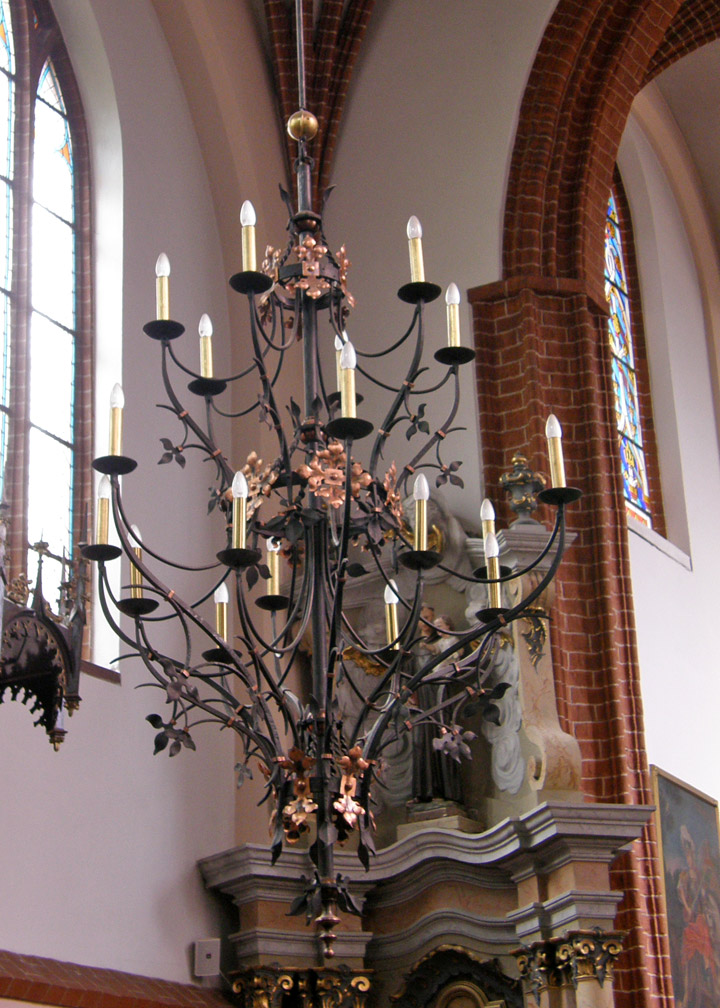 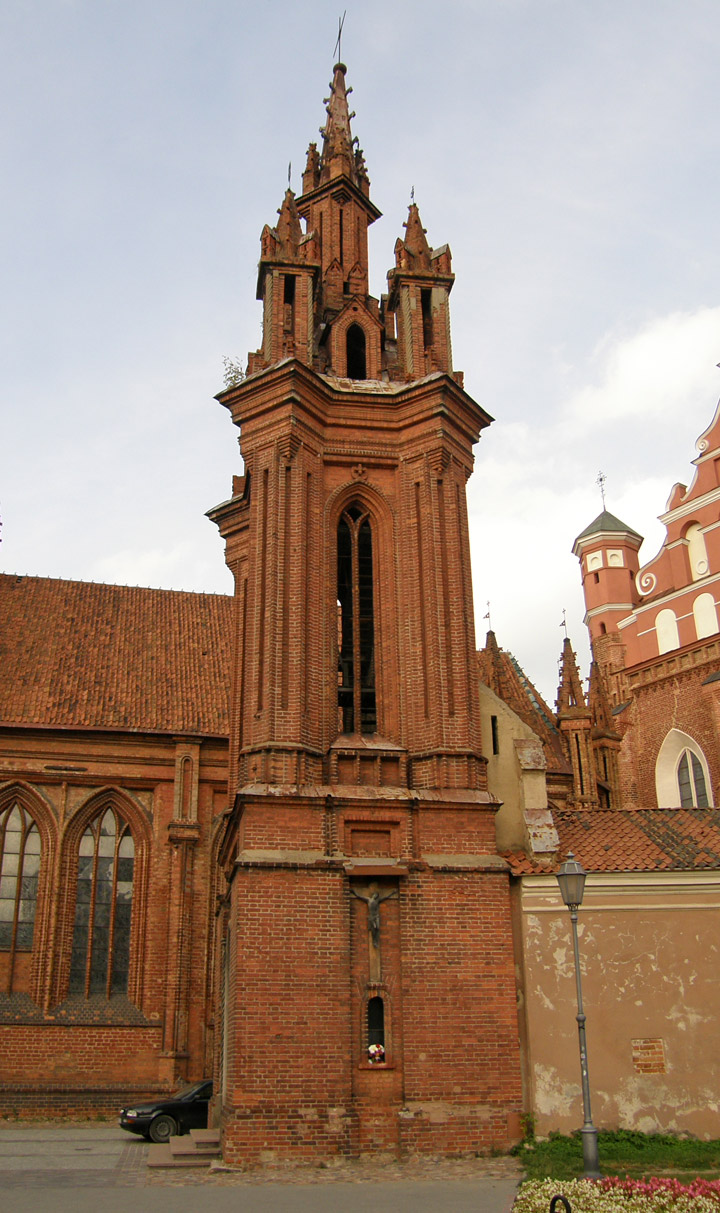 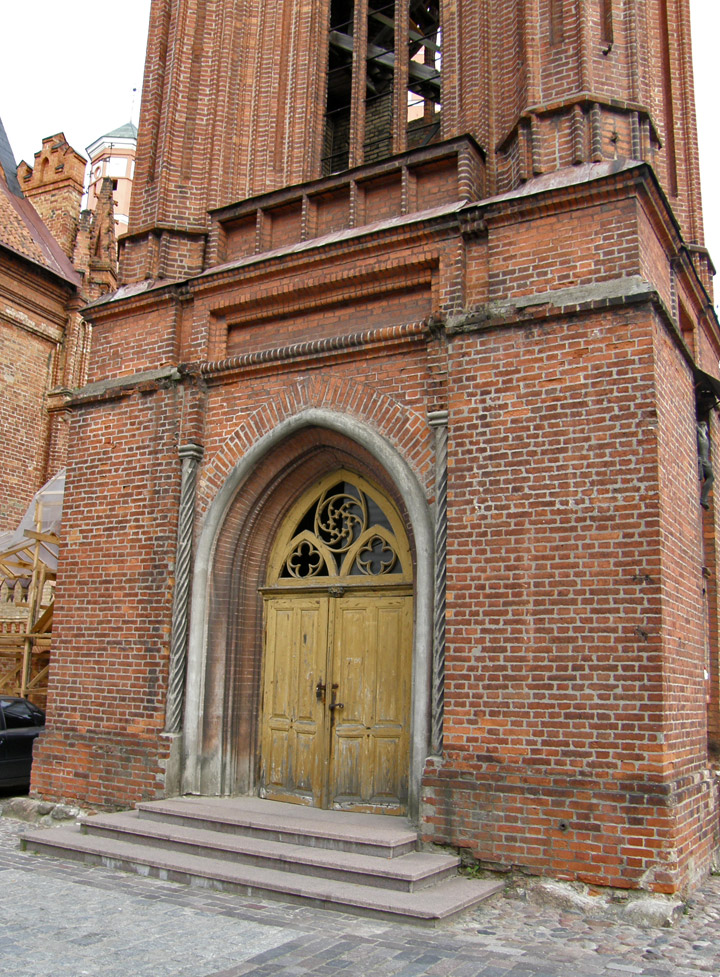 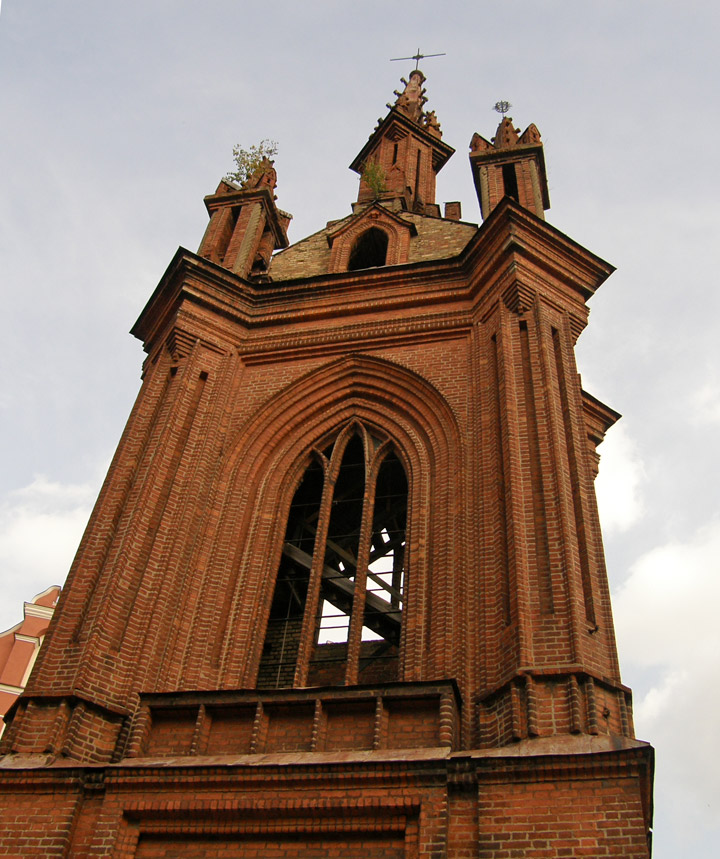 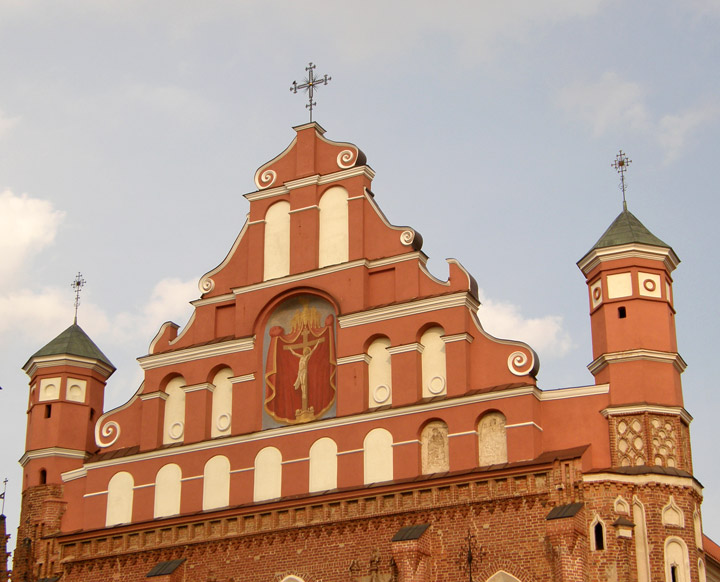 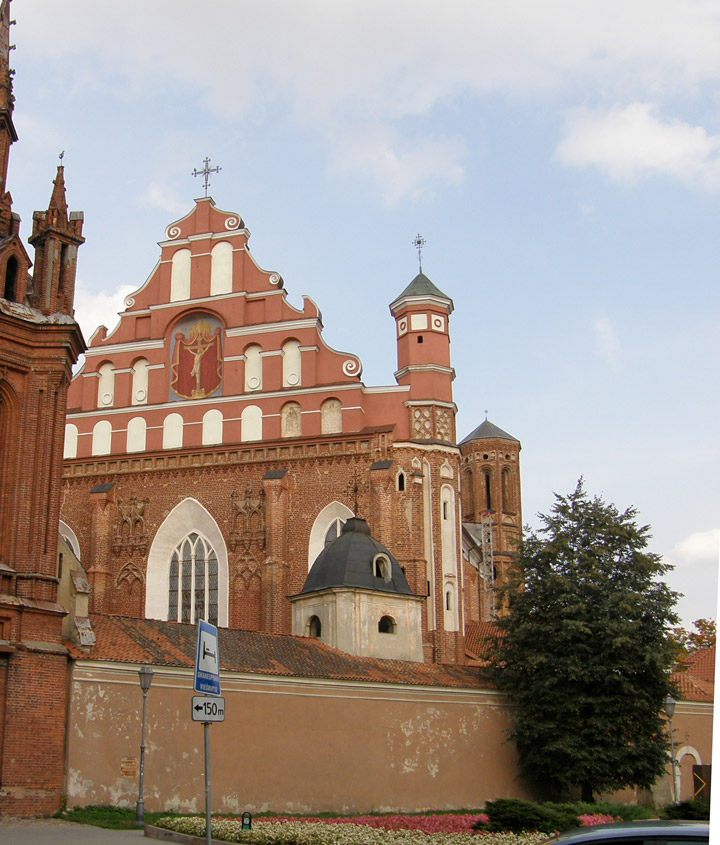 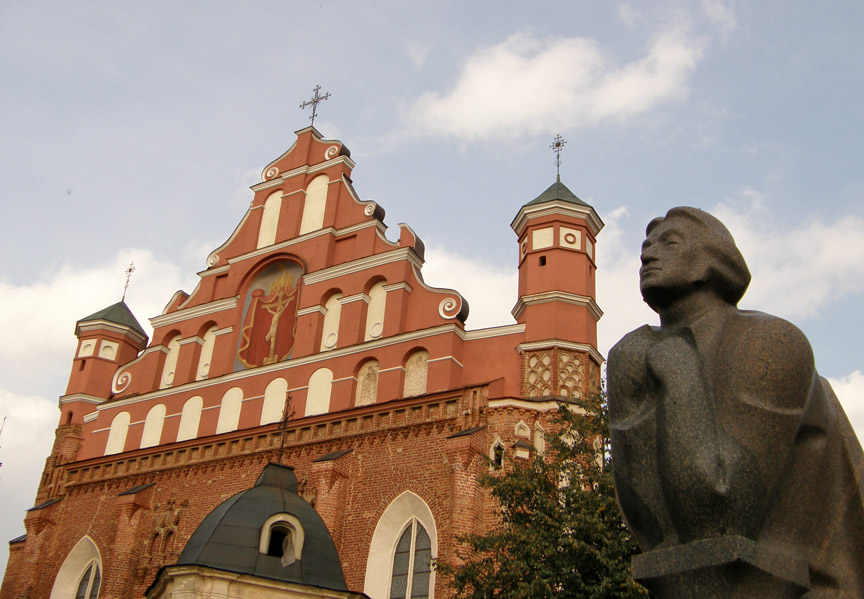 Adam Mickiewicz  statue next to the church 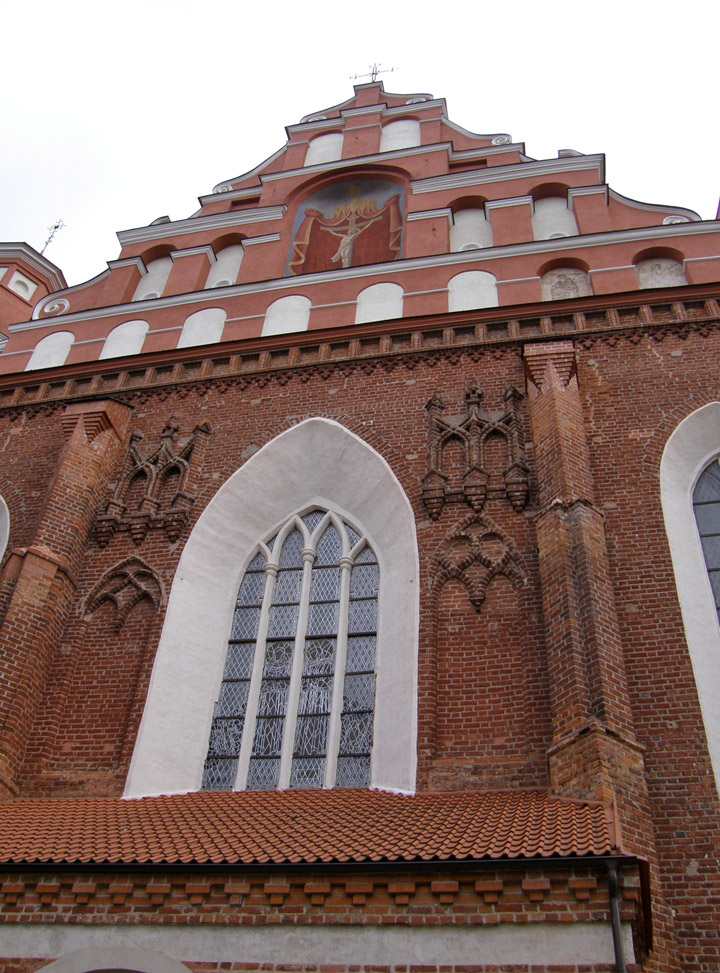 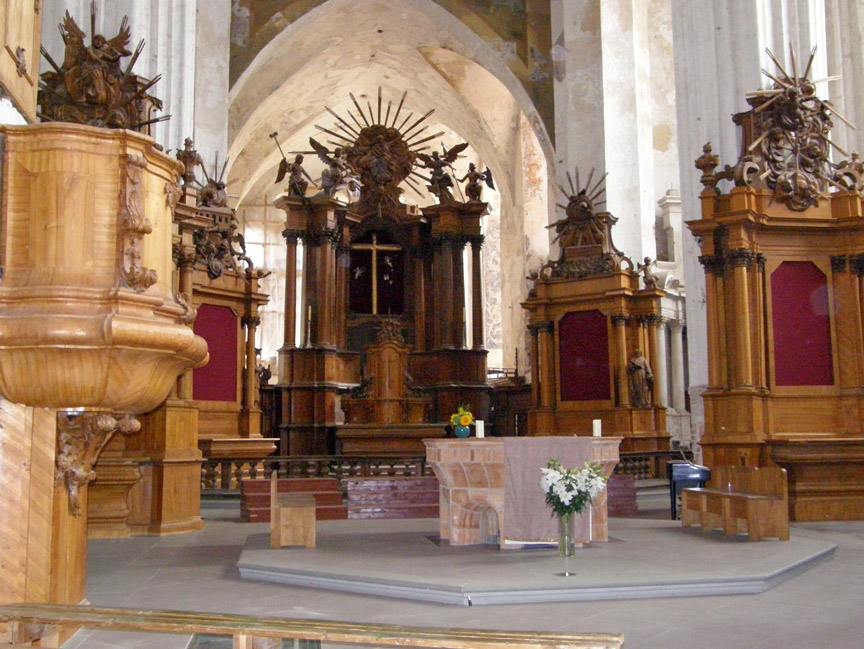 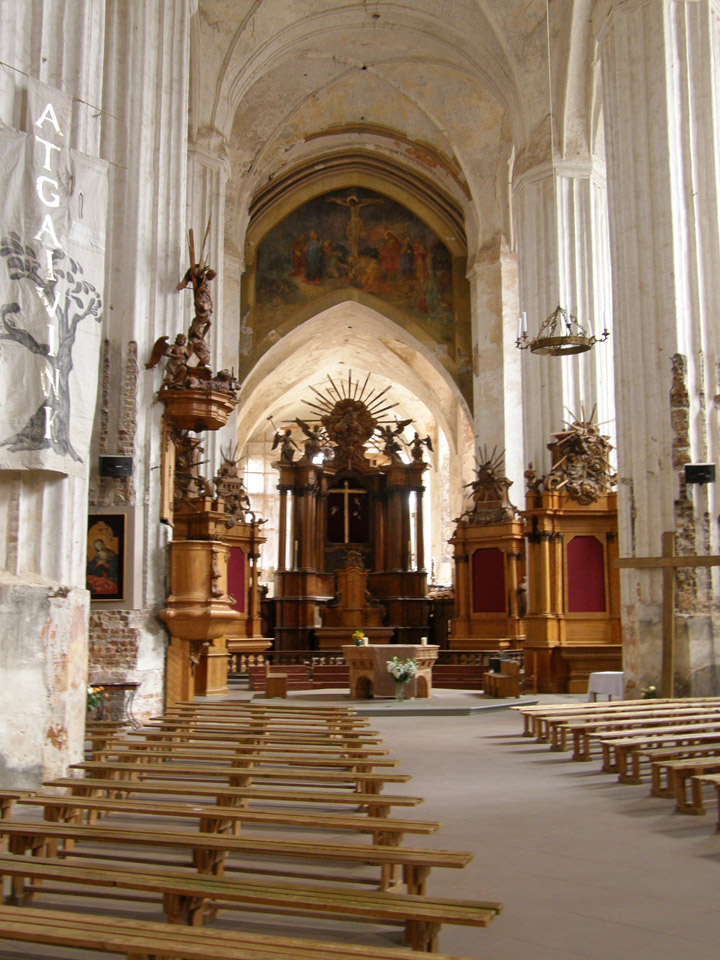 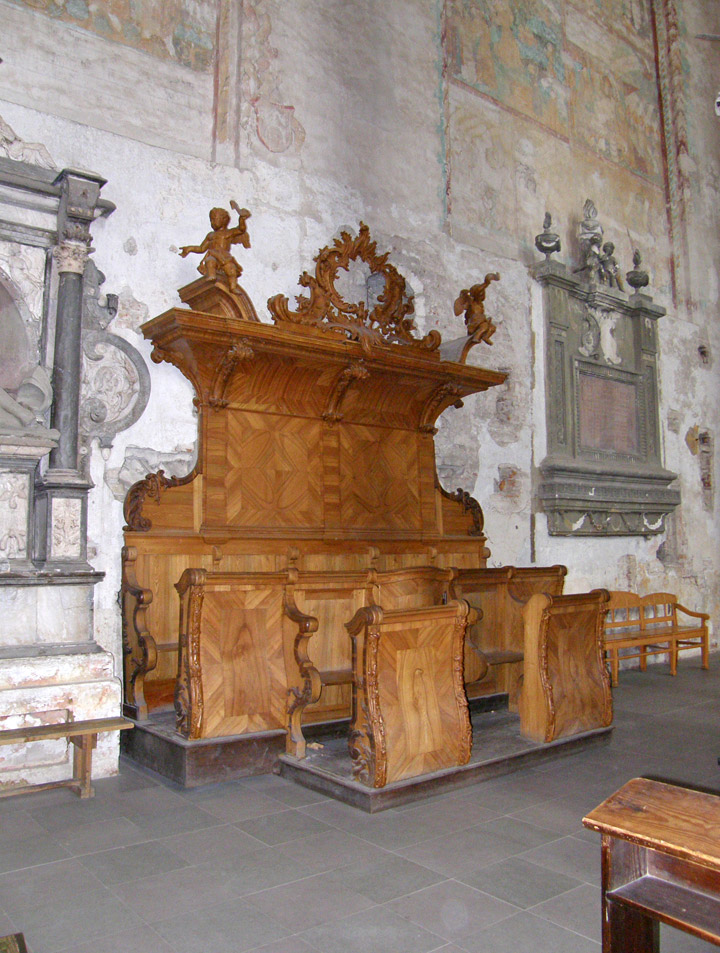 portion of the wooden Baroque choir 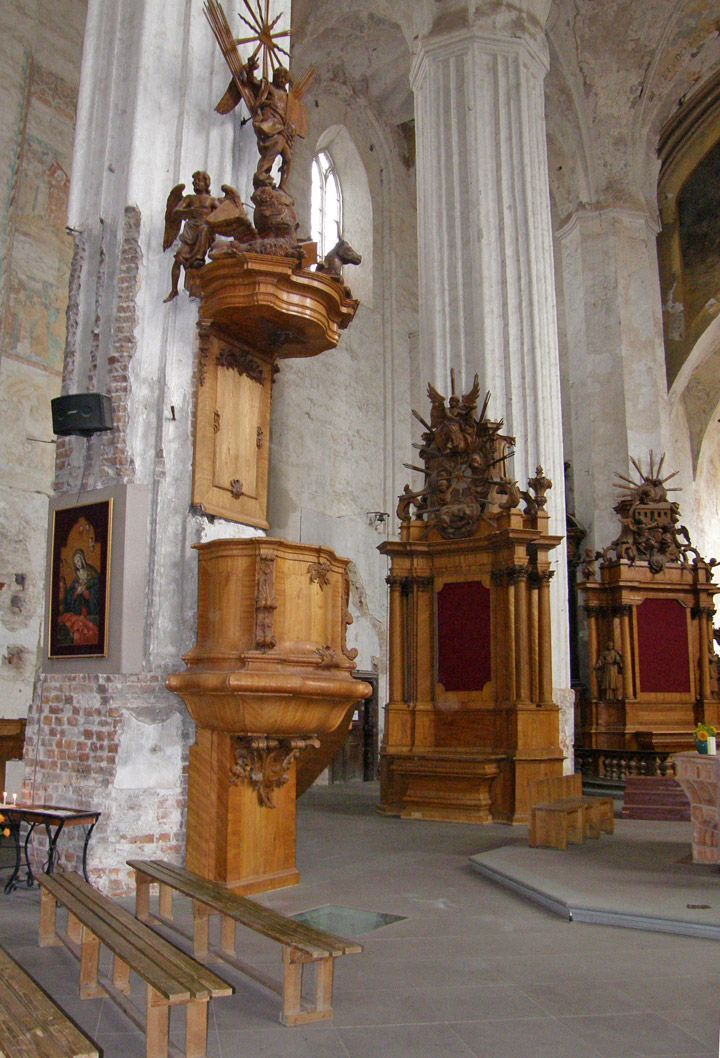 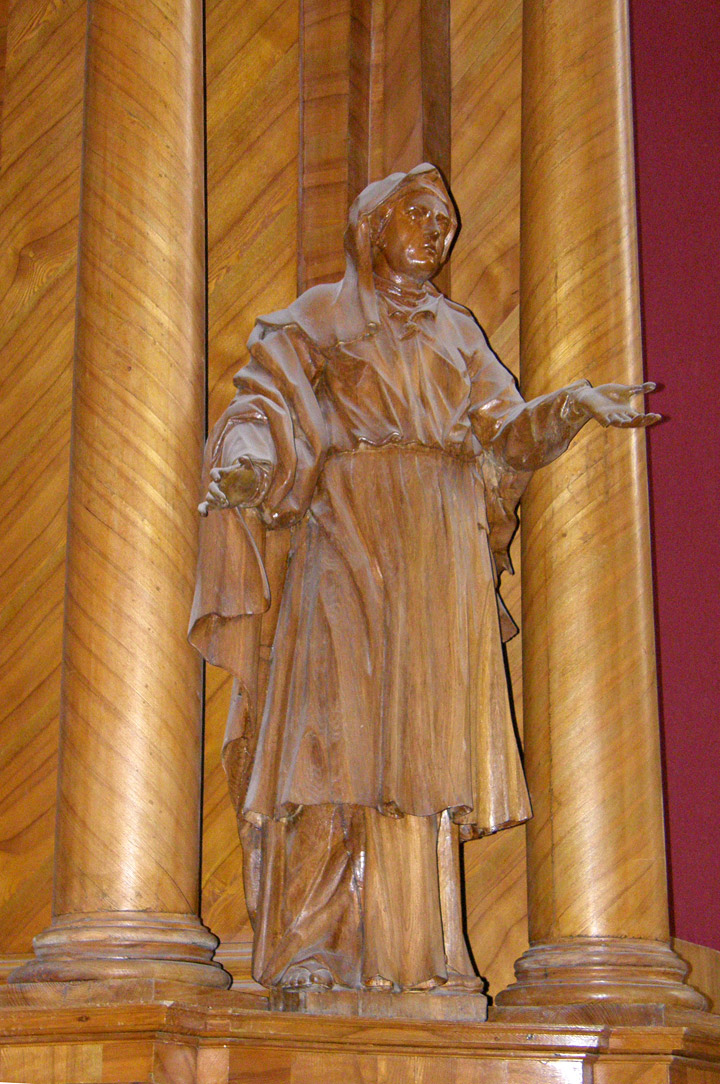 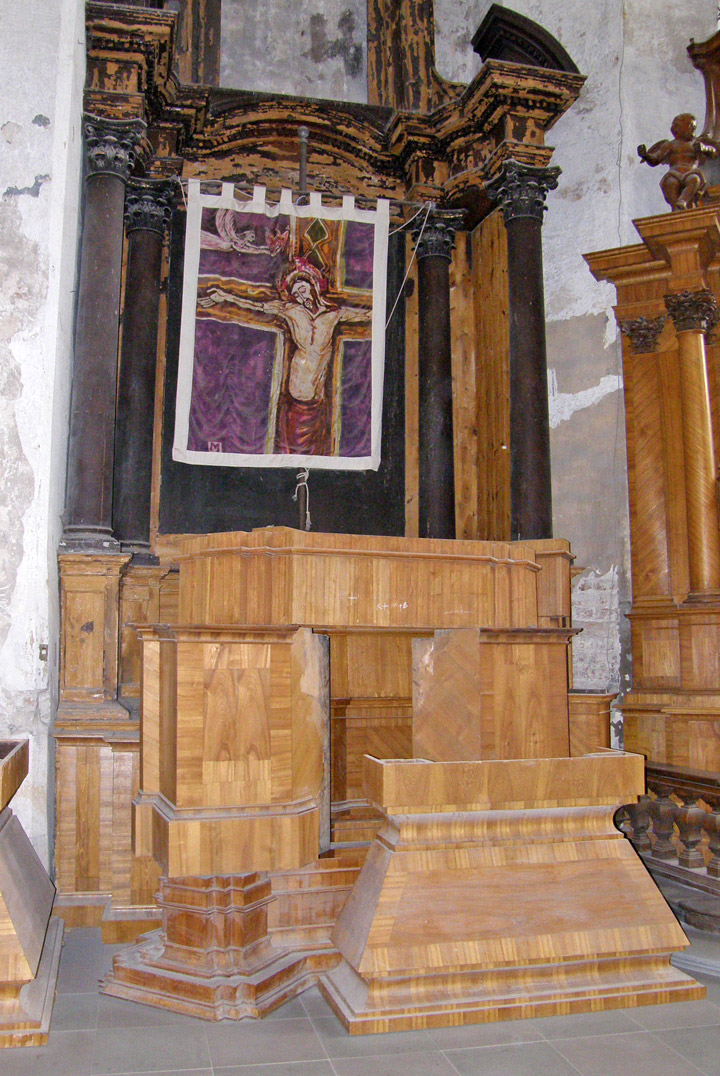 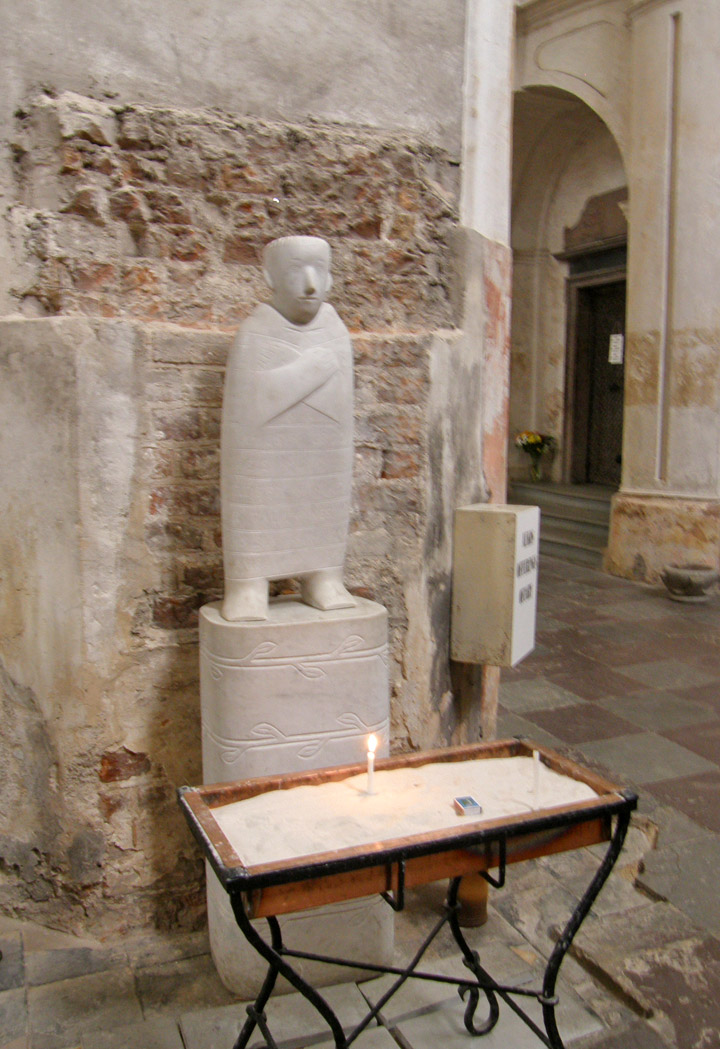 a single candle at the stone image 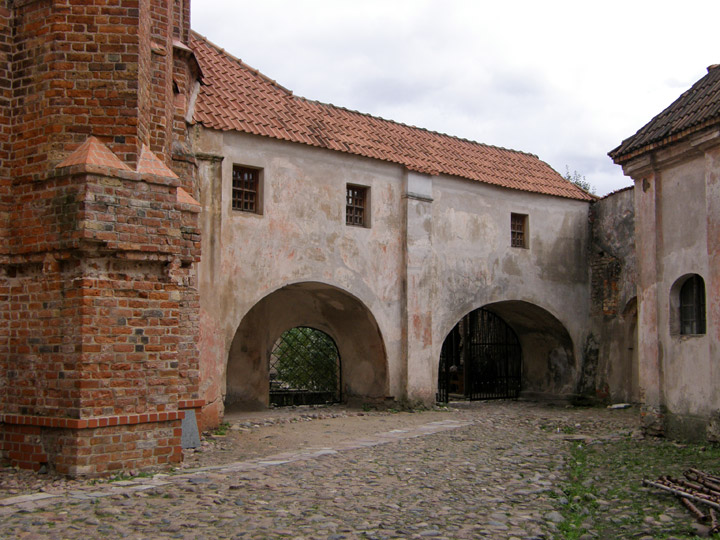