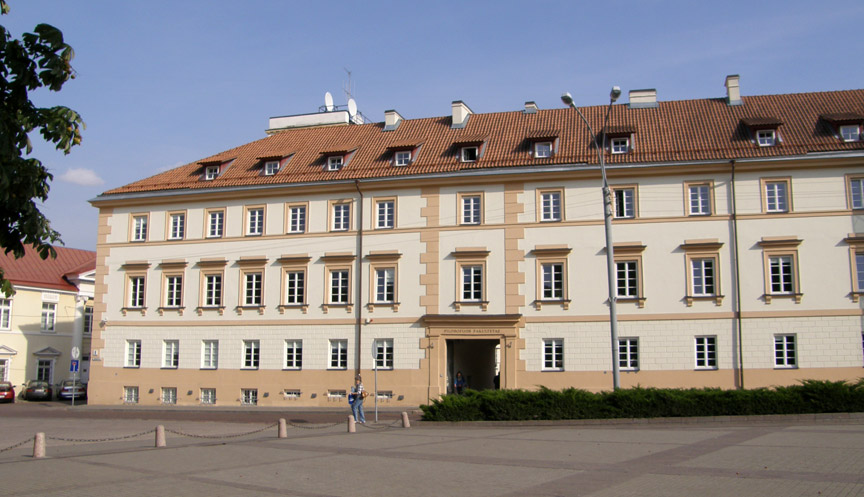 Vilnius University (Lithuanian: Vilniaus Universitetas), formerly known as Vilnius State University, earlier - Stefan Batory University and before that Almae Academia et Universitas Vilnensis Societatis Jesu), is one of the oldest universities in Eastern Europe and the largest university in Lithuania. 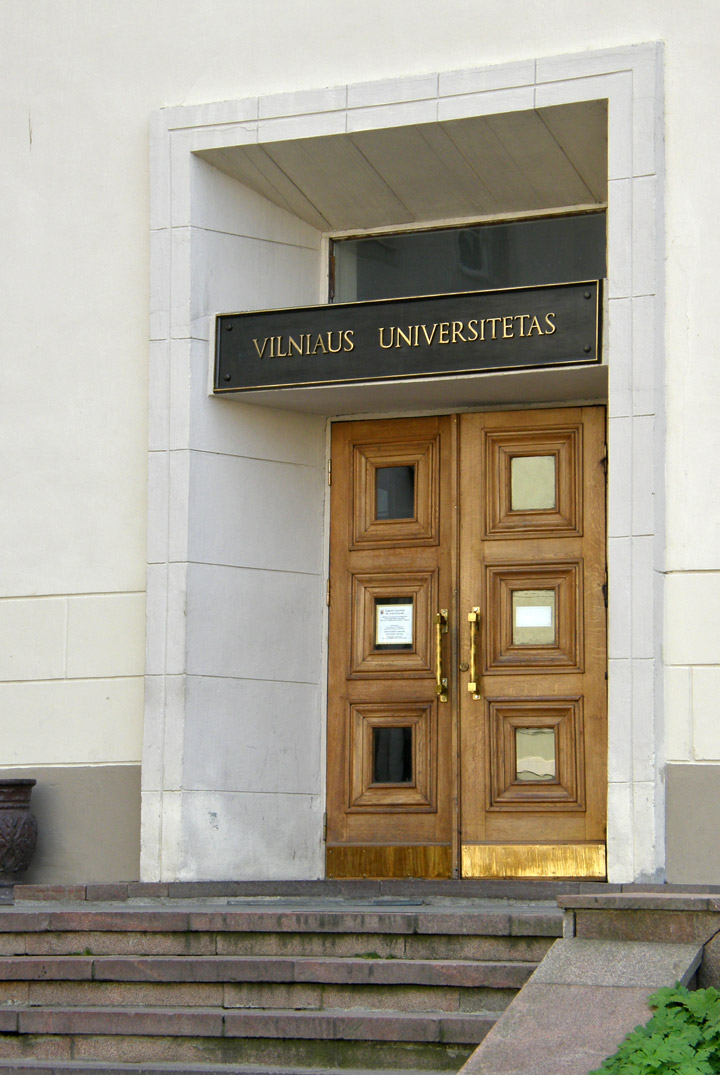 In 1568, the local nobility (szlachta) asked the Jesuits to open an academy either in Vilnius (Wilno) or Kaunas. The following year Walerian Protasiewicz, the bishop of Vilnius, purchased several houses in the city centre and started the Vilnian Academy (Almae Academia et Universitas Vilnensis Societatis Jesu). Initially, the Academy had three divisions: humanities, philosophy, and theology. The first students enrolled in the Academy in 1570. A university library was established in the same year; its books were mostly donated by the founder. 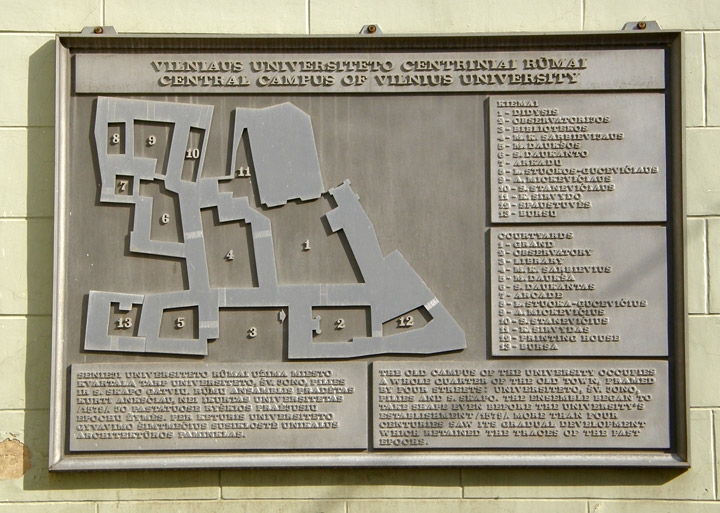 On April 1, 1579, Grand Duke of Lithuania and King of Poland Stefan Batory, as a revard of his recognition as a Grand Duke of Lithuania instead of Holy Roman Empire emperor Maximilian II, upgraded the academy and granted it equal rights with the Jagiellonian University of Kraków, creating the Almae Academia et Universitas Vilnensis Societatis Jesu. His edict was approved by Pope Gregory XIII's bull of October 30, 1579. The first rector of the Academy was Piotr Skarga. He invited many notable scientists from all over Europe and expanded the library, with the sponsorship of many notable persons: Sigismund II Augustus of Poland, Bishop Walerian Protasewicz, and the Marshal of the Crown, Kazimierz Lew Sapieha. 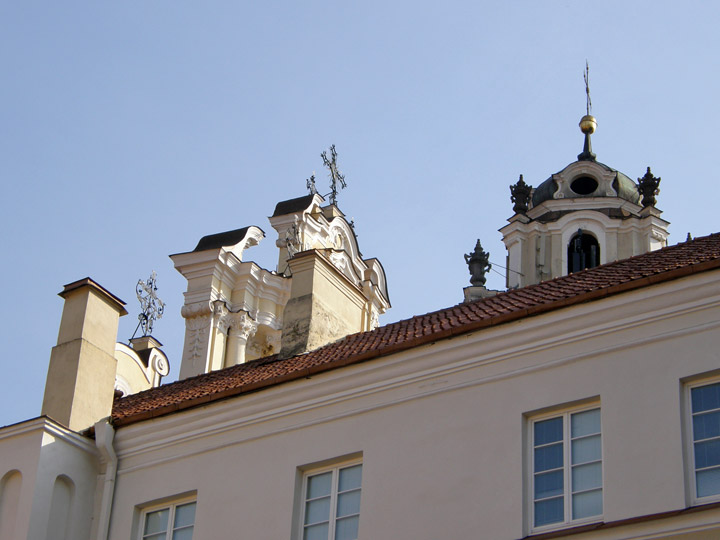 In 1575, Duke Mikołaj Krzysztof Radziwiłł and Elżbieta Ogińska sponsored a printing house for the academy, one of the first in the region. The printing house issued books in Latin and Polish where the first surviving book in Lithuanian printed in the Grand Duchy of Lithuania was printed in 1595. It was entitled Kathechismas, arba Mokslas kiekvienam krikščioniui privalus, and was authored by Mikalojus Daukša. 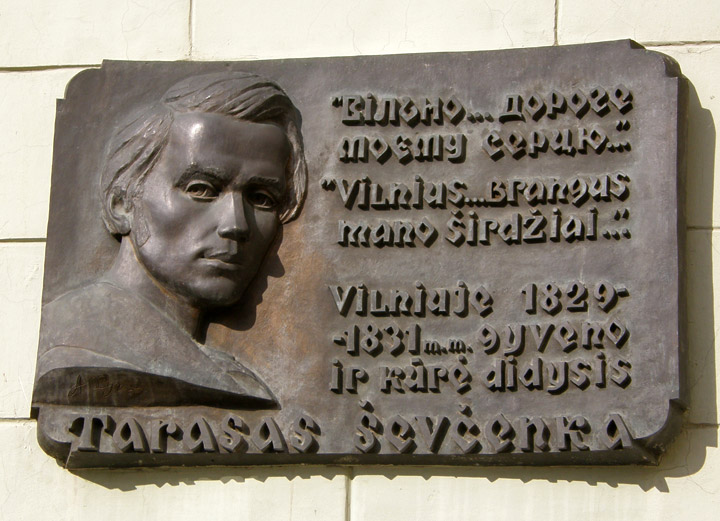 The Academy's growth lasted until the 17th century. The following era, known as The Deluge, led to a dramatic drop in both the number of students that enrolled and in the quality of its programs. In the middle of the 18th century, educational authorities tried to restore the Academy. This led to the foundation of the first observatory in the Polish-Lithuanian Commonwealth, (the fourth such professional facility in Europe), in 1753, by Tomasz Żebrowski. The Commission of National Education (Komisja Edukacji Narodowej), the world's first ministry of education, took control of the Academy in 1773, and transformed it into a modern University. Thanks to the Rector of the Academy, Marcin Poczobutt-Odlanicki, the Academy was granted the status of Principal School (Szkoła Główna) in 1783. The Commission, the secular authority governing the academy after the dissolution of the Jesuit order, drew up a new statute. The school was named Academia et Universitas Vilnensis. 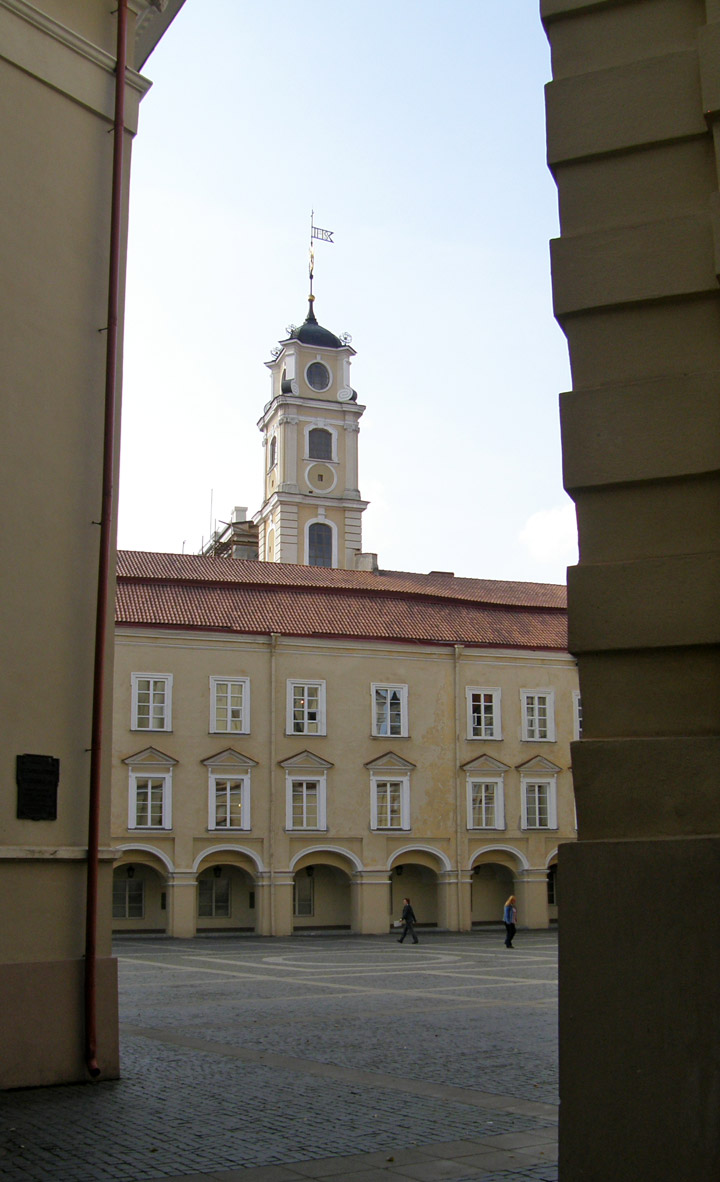 After the Partitions of Polish-Lithuanian Commonwealth, Vilnius (Wilno) was annexed by the Russian Empire. However, the Commission of National Education retained control over the Academy until 1803, when Tsar Alexander I of Russia accepted the new statute and renamed the Academy to The Imperial University of Vilna (Императорскiй Виленскiй Университетъ). The institution was granted the rights to the administration of all educational facilities in the former Grand Duchy of Lithuania. Among the notable personae were the curator (governor) Adam Jerzy Czartoryski, and Rector Jan Śniadecki. 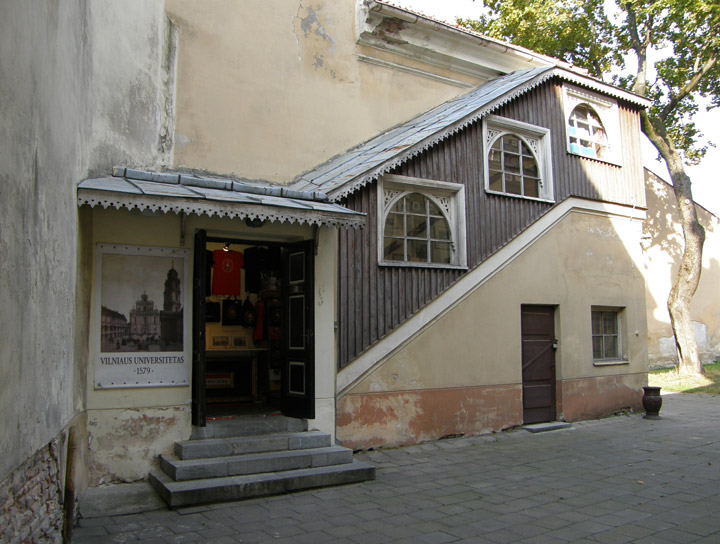 The University flourished. By 1823, it was one of the largest in Europe; the number of students exceeded that of the Oxford University. A number of students were arrested in 1823 for conspiracy against the Tsar (membership in Filomaci). Among them was Adam Mickiewicz, who later became one of the most important poets of his time. In 1832, after the November Uprising, the University was closed by Tsar Nicholas I of Russia. 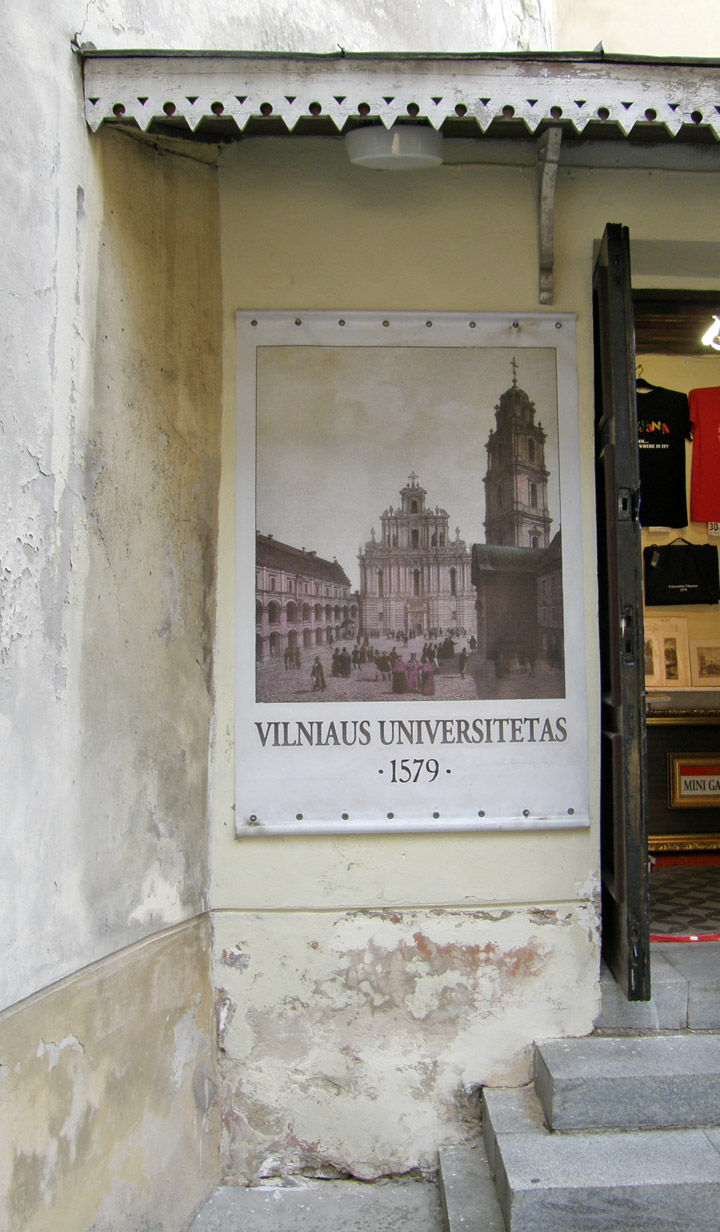 Two of the faculties were turned into separate schools: the Medical and Surgical Academy (Akademia Medyko-Chirurgiczna) and the Roman Catholic Academy (Rzymsko-Katolicka Akademia Duchowna), but those were soon banned as well. The repression that followed the failed uprising included banning both the Polish and Lithuanian languages, and all education in those languages was halted. Finally, most of the property of the University was confiscated and sent to Russia (mostly to St. Petersburg). 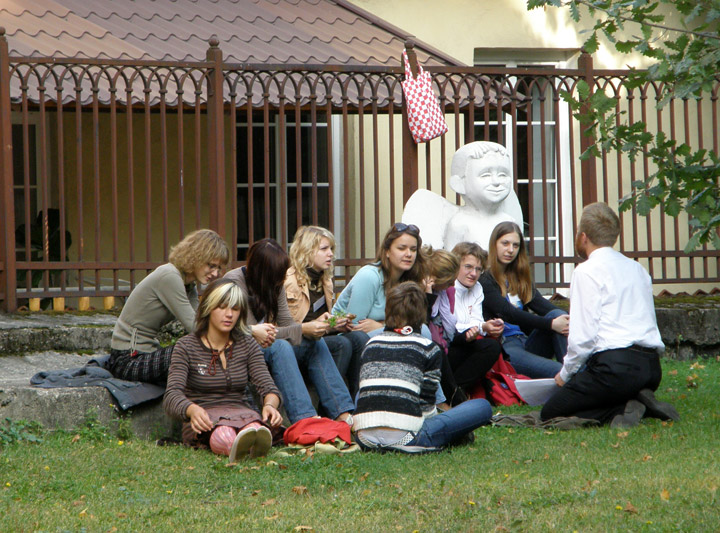 outdoor class with the Professor

After the Republic of Central Lithuania area was annexed by Poland, the Vilnian Academy was renamed Stefan Batory University (Uniwersytet Stefana Batorego) on August 20, 1919, by the act of Józef Piłsudski. The University quickly recovered and gained international prestige, largely because of the presence of notable scientists such as Władysław Tatarkiewicz, Marian Zdziechowski, and Henryk Niewodniczański. Among the students of the University at that time was future Nobel prize winner Czesław Miłosz. The University grew quickly, thanks to government grants and private donations. 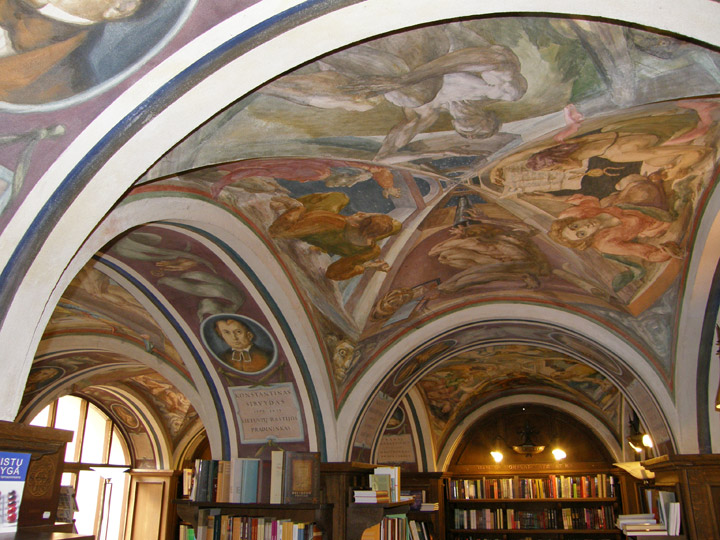 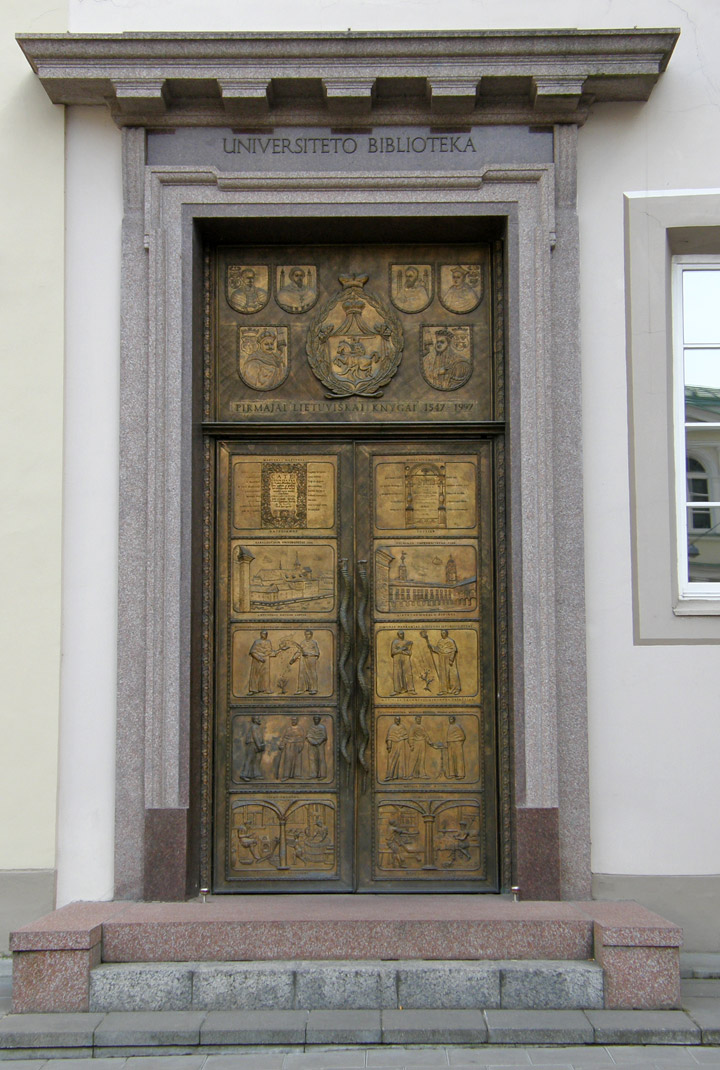 Following the Invasion of Poland (1939) the University was closed. The city was soon occupied by the Soviet Union. Most of the professors returned to the university after the hostilities ended, and most of the faculties were reopened on October 1, 1939. On October 28, Vilnius was transferred to Lithuania which considered the previous eighteen years as an occupation by Poland of its capital. The University was closed on December 15, and all staff and students dismissed. In its place the new university, named Vilniaus Universitetas, was created. The new University Charter specified that Vilnius University was to be governed according to the statute of the Vytautas Magnus University of Kaunas, and that Lithuanian language programs and faculties would be established. Lithuanian language was named as the official language of the university. Soon after the annexation of Lithuania by the Soviet Union, most of the Polish and Lithuanian professors who were deemed reactionary were arrested and sent to prisons and gulags in Russia and Kazakhstan. 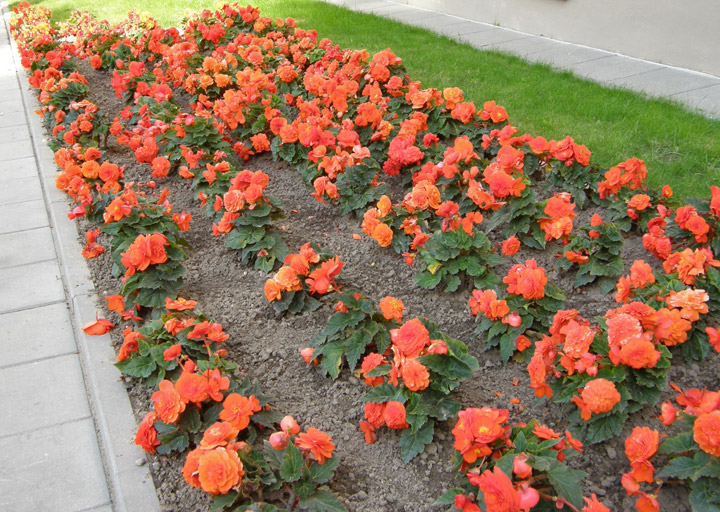 The city was occupied by Germany in 1941, and all institutions of higher education for non-Germans were closed. However, the remaining Polish professors organized a system of secret education with lectures and exams held in private flats. The diplomas of the underground Universities were accepted by many Polish Universities after the War. In 1944, many of the students took part in Operation Ostra Brama. The majority of the them were later arrested by the NKVD and deported to the Soviet Union. 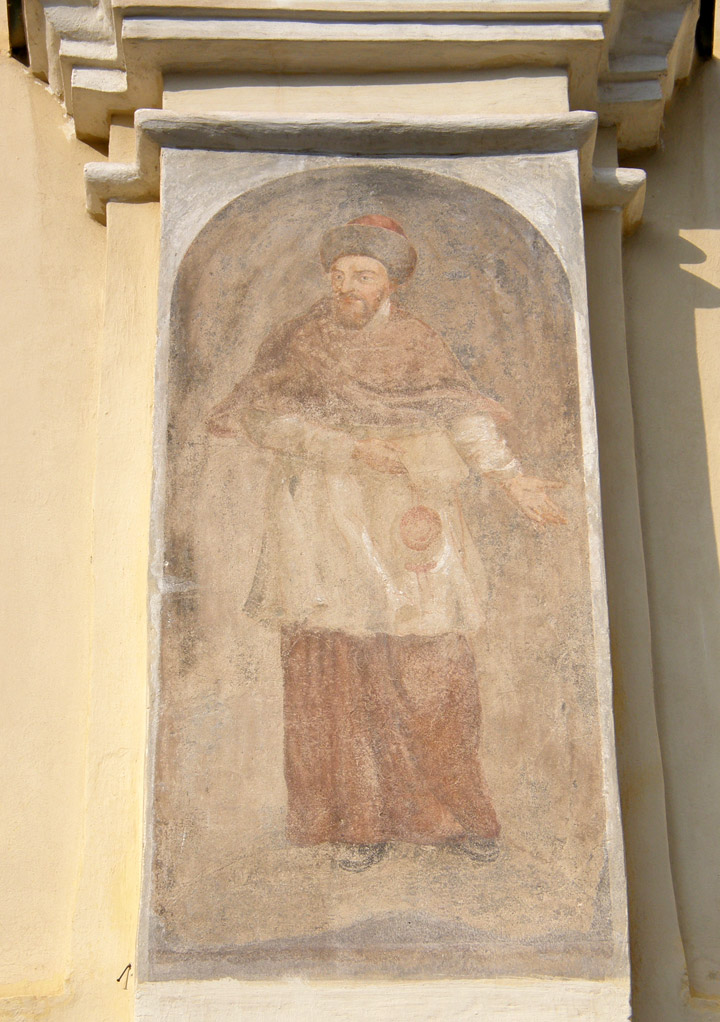 Together with the expulsion of the Germans in 1945-1948, the remnants of faculty and students of Polish heritage that survived the war were expelled from the city, as the entire Polish population of Kresy were ordered to relocate to the Regained Territories. Many of them joined various universities in Poland. In order not to lose contact with each other, the professors decided to transfer whole faculties. After 1945, most of the mathematicians, humanists and biologists joined the Nicolaus Copernicus University in Toruń, while a number of the medical faculty formed the core of the newly-founded Medical University of Gdańsk. The Toruń university is often considered to be the successor to the Polish traditions of the Stefan Batory university. 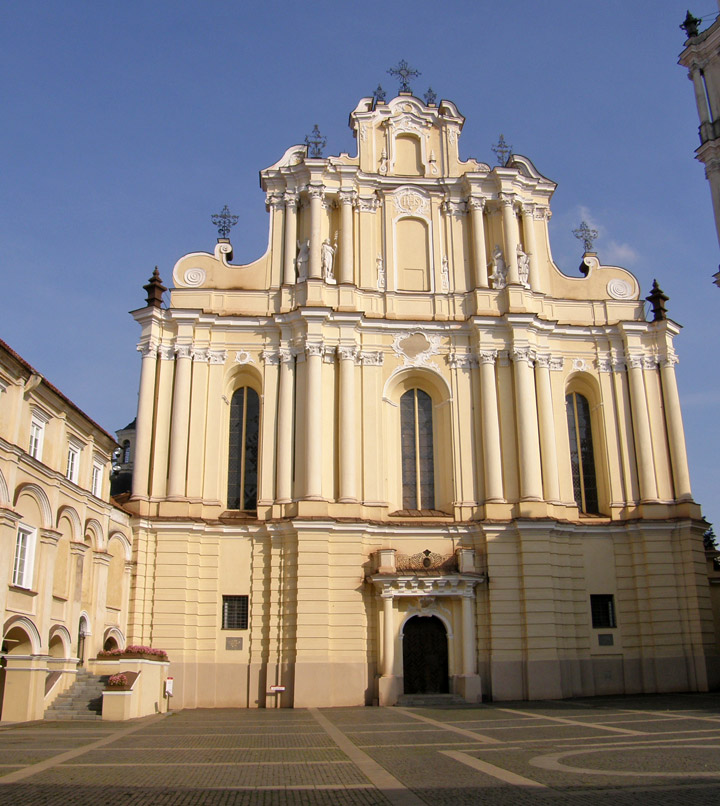 In 1955 the University was named after Vincas Kapsukas. After it had been awarded the Order of the Red Banner of Labour in 1971 and the Order of Friendship of Peoples in 1979, its full name until 1990 was Vilnius Order of the Red Banner of Labour and Order of Friendship of Peoples V. Kapsukas State University. Though restrained by the Soviet system, Vilnius University grew and gained significance and developed its own, Lithuanian identity. Vilnius University began to free itself from Soviet ideology in 1988, thanks to the policy of glasnost. 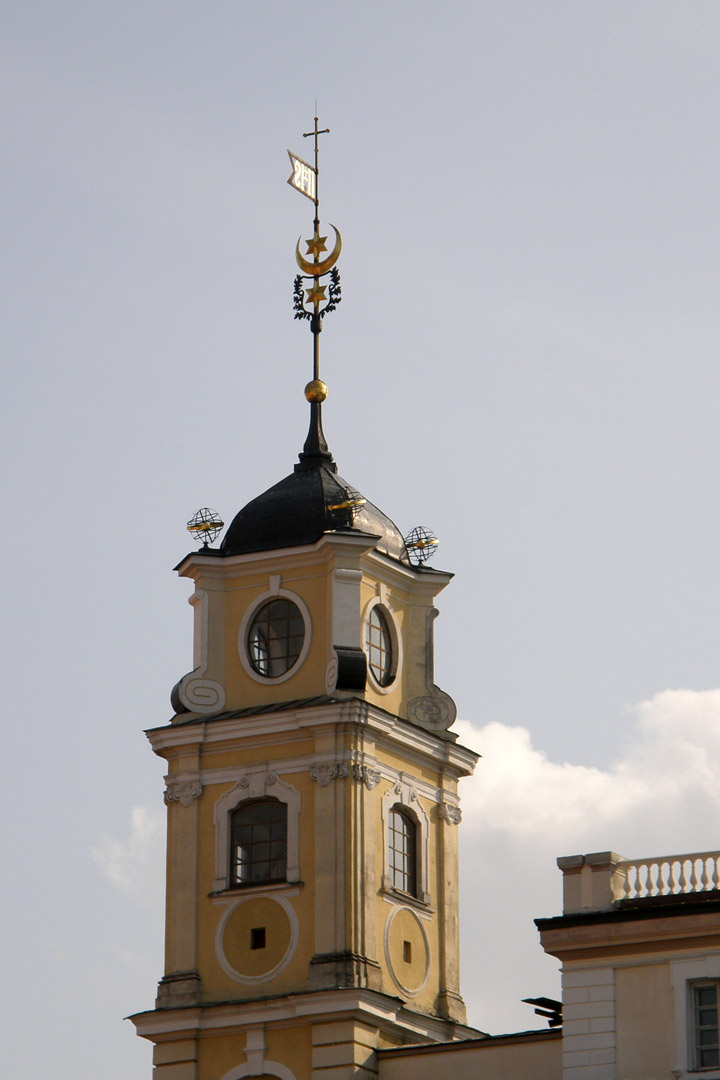 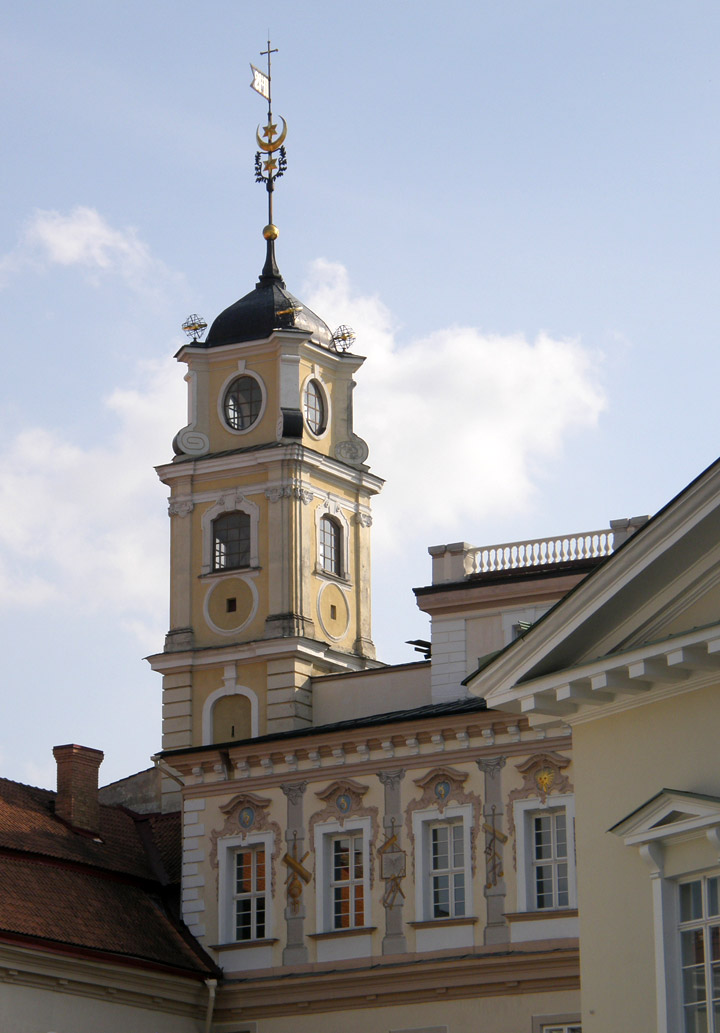 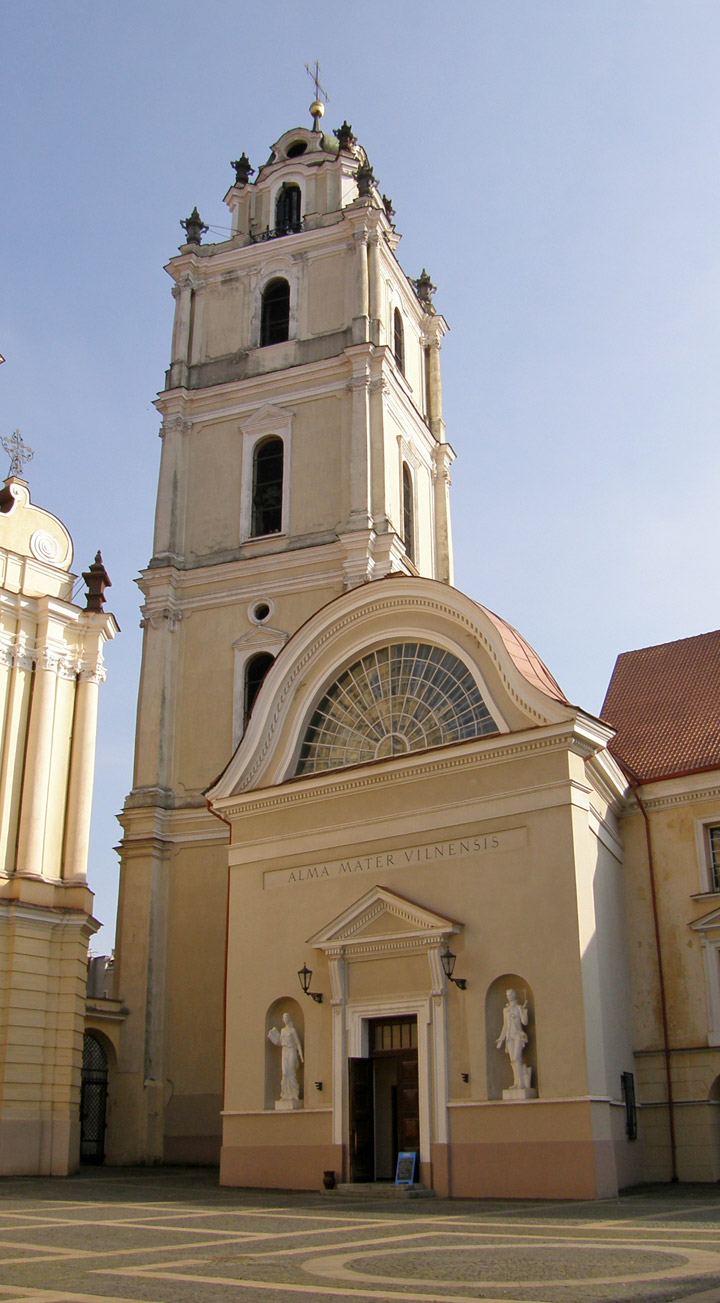 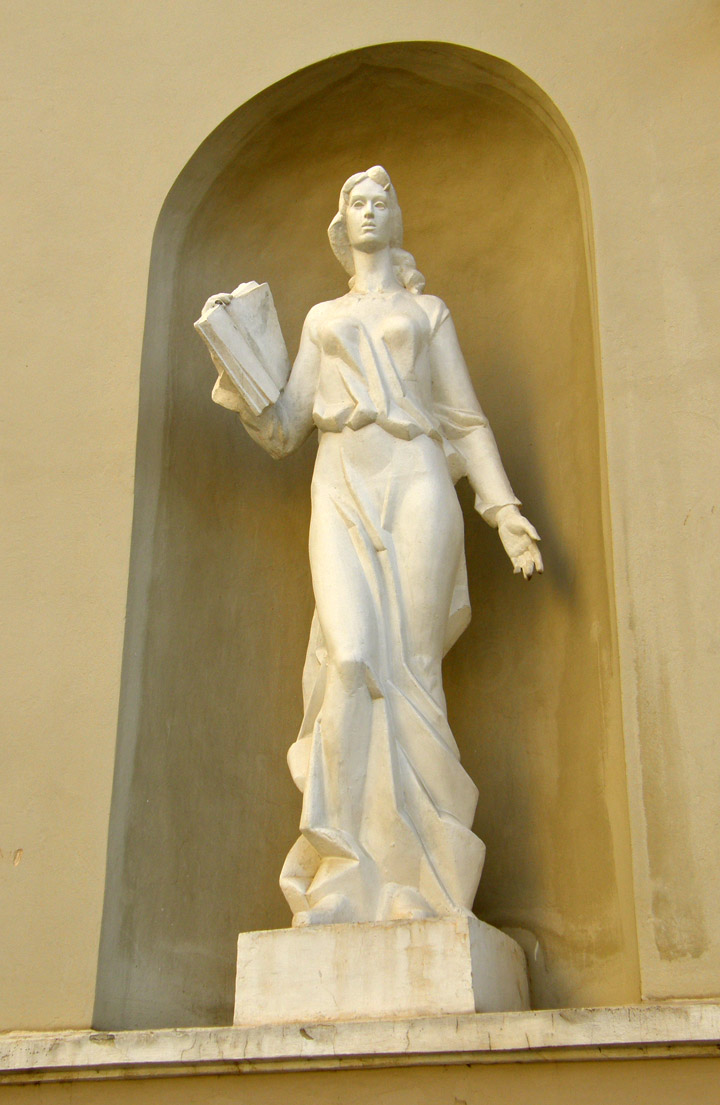 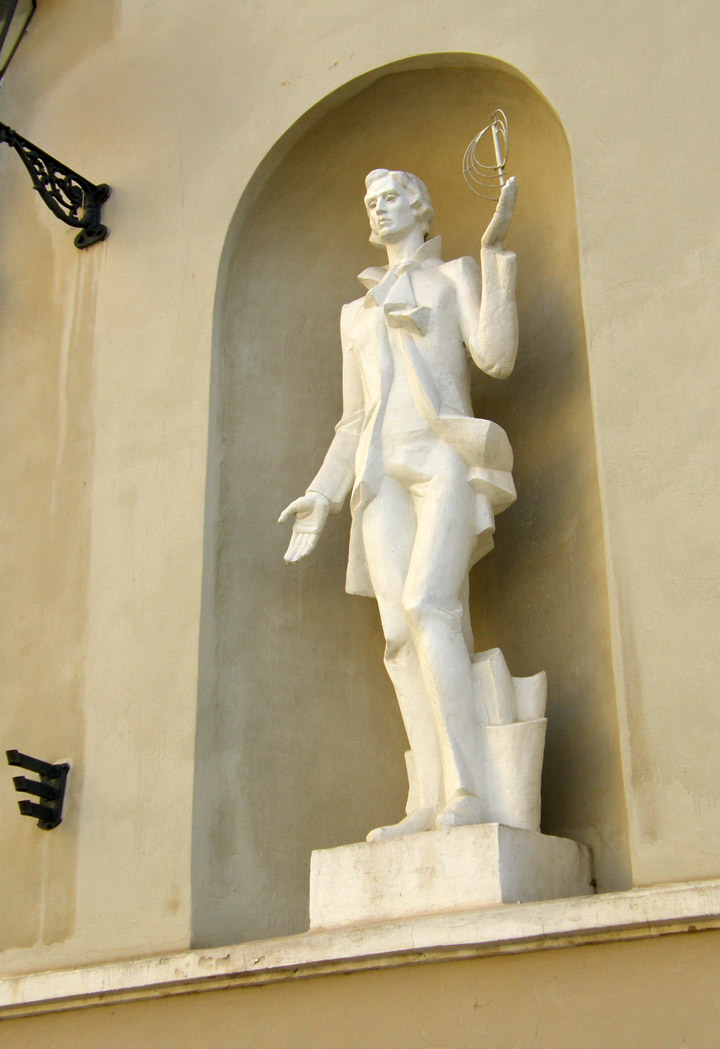 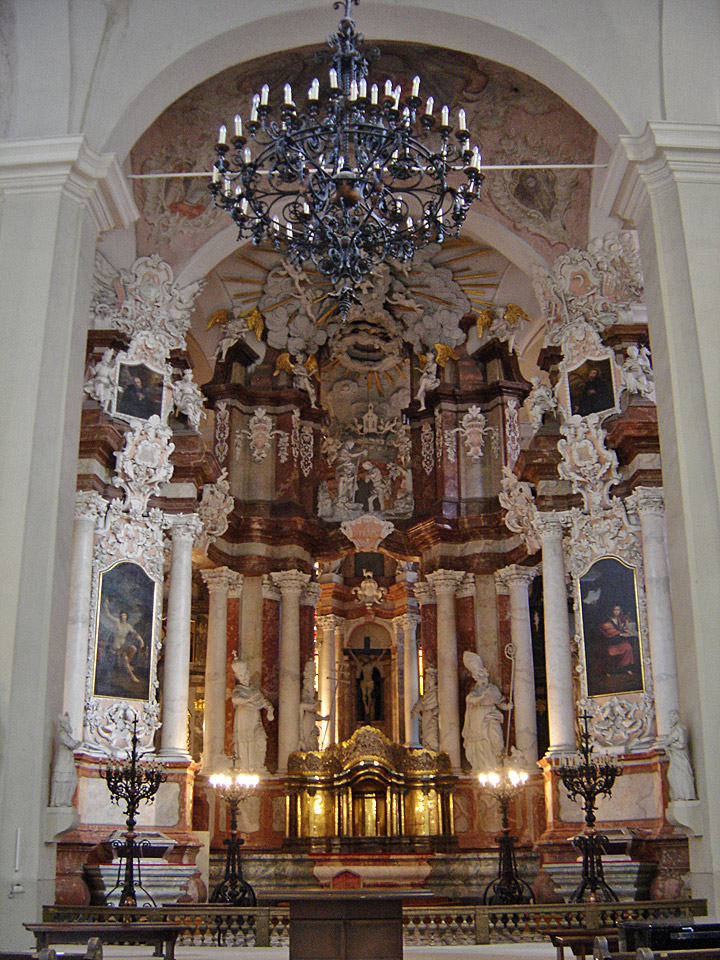 altar of SS John the Baptist and Evangelist 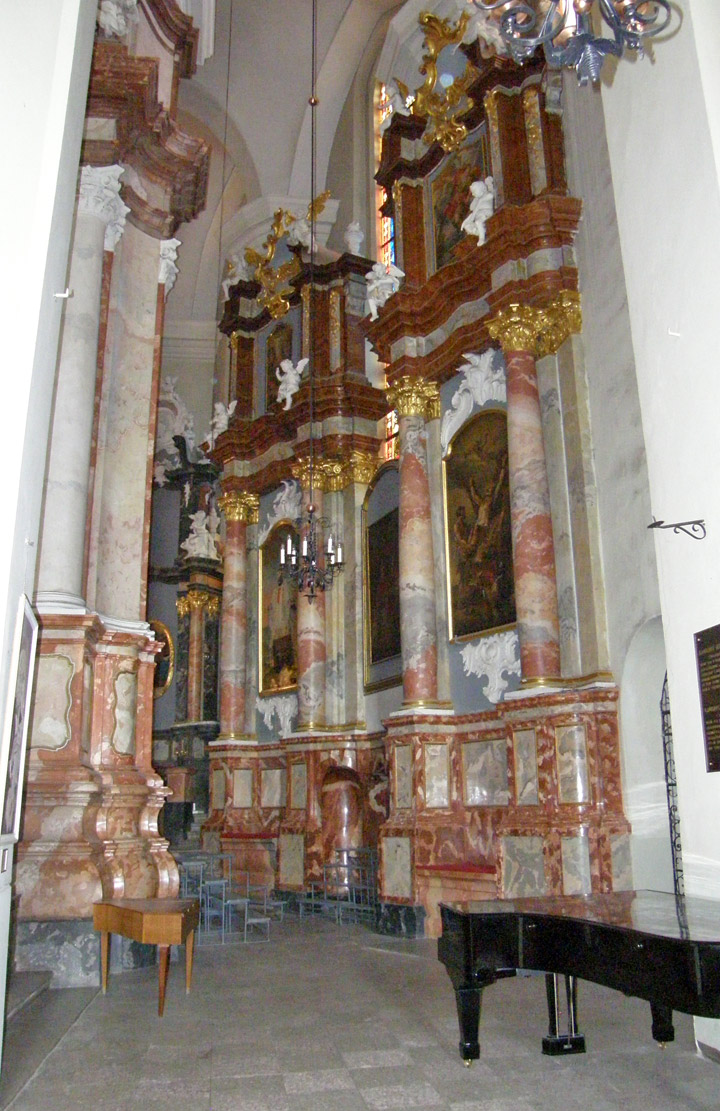 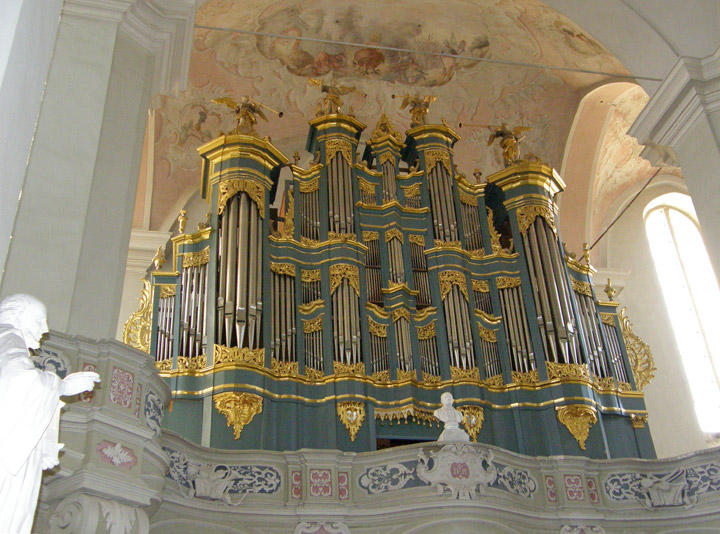 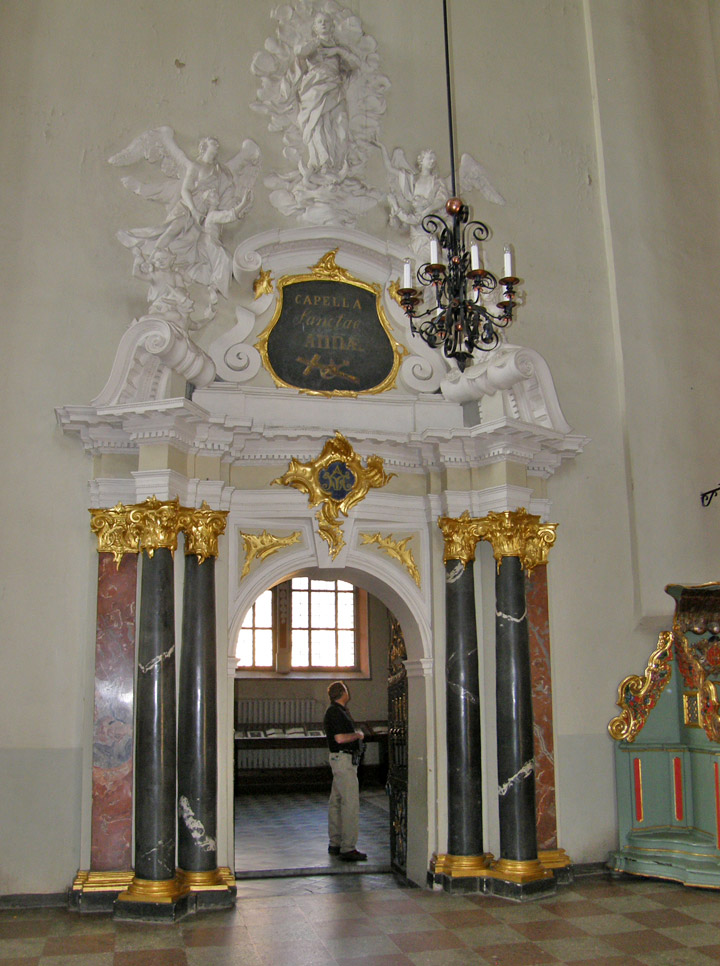 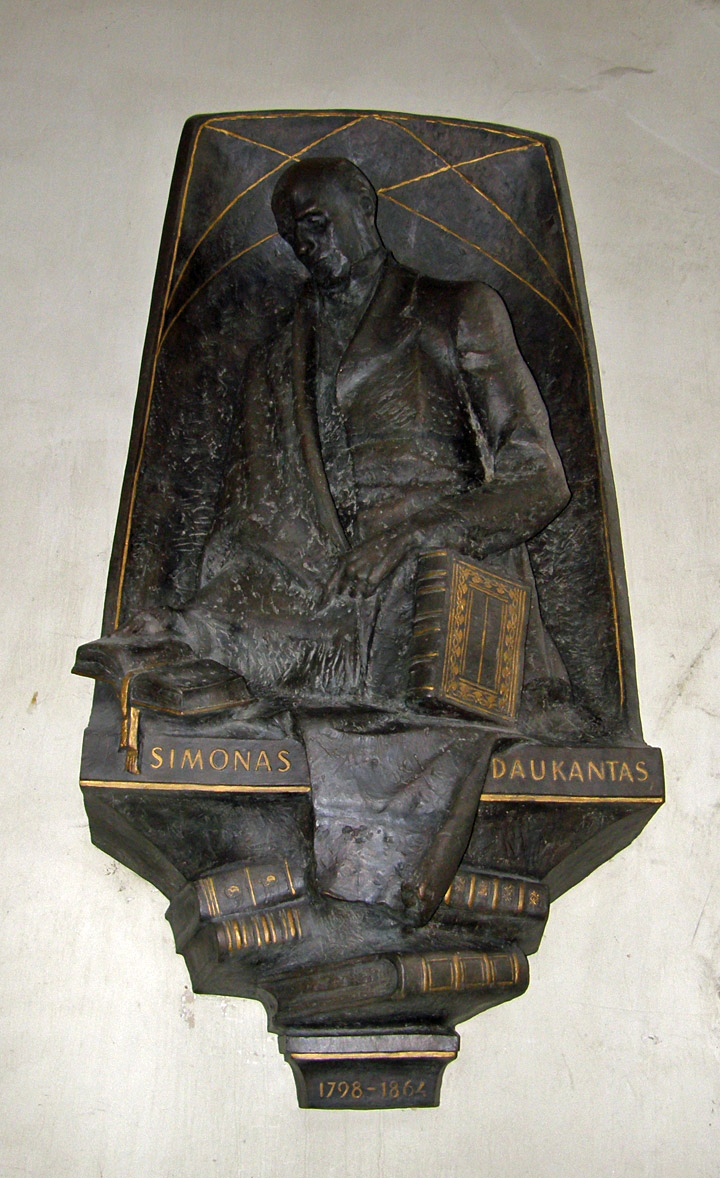 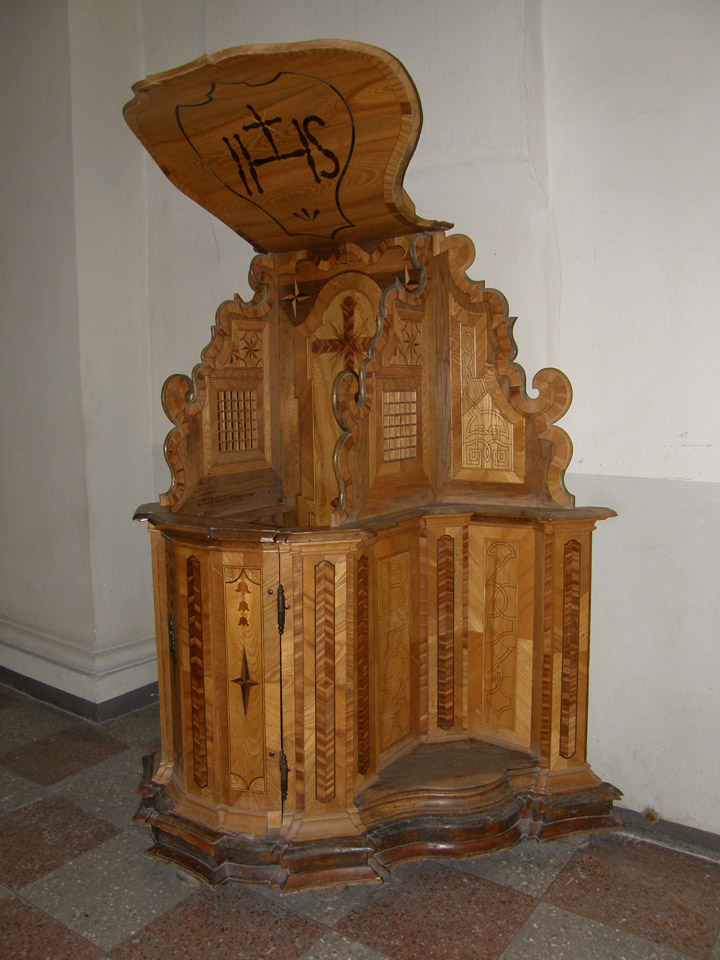 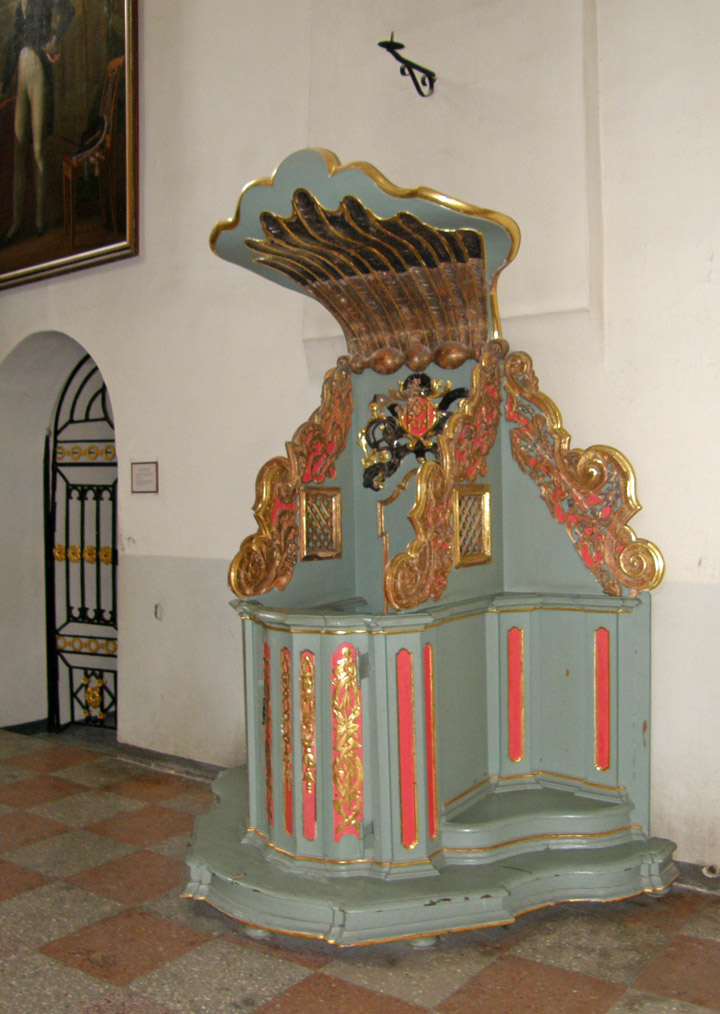 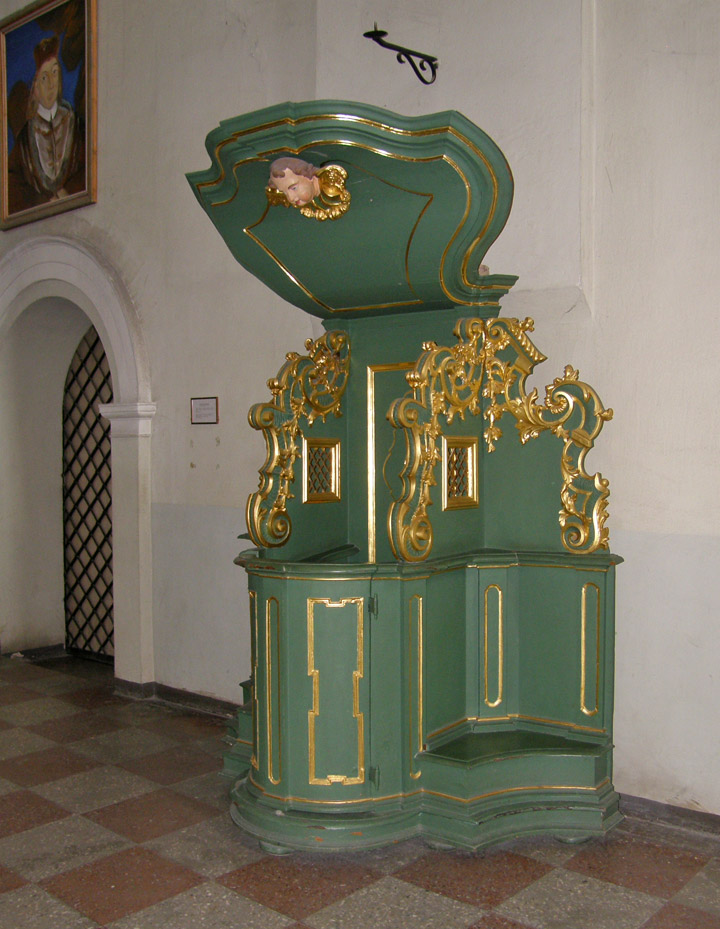 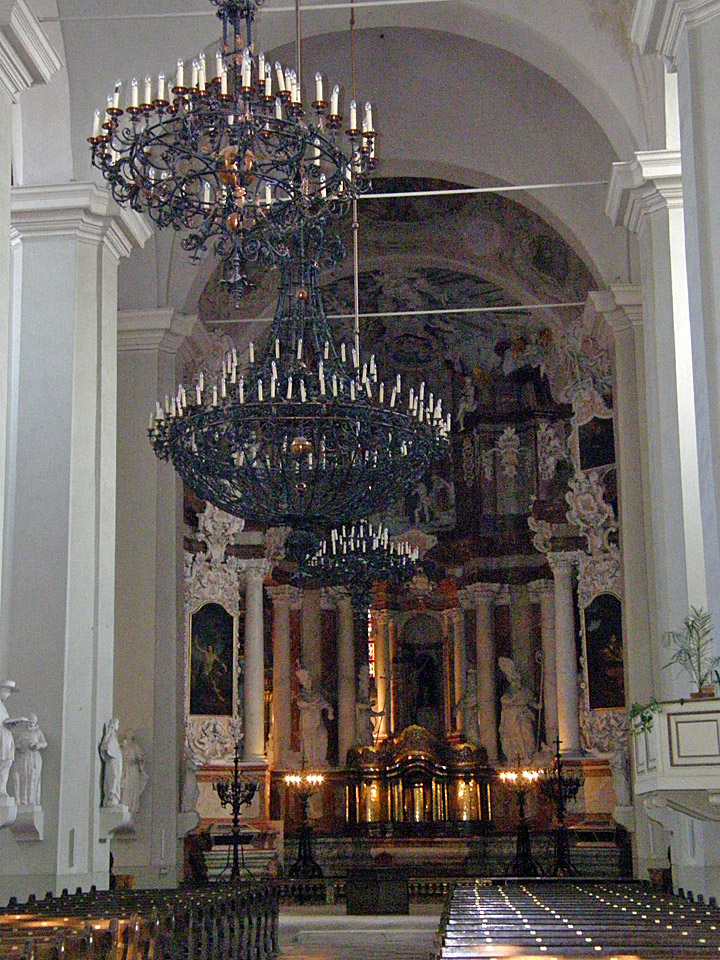 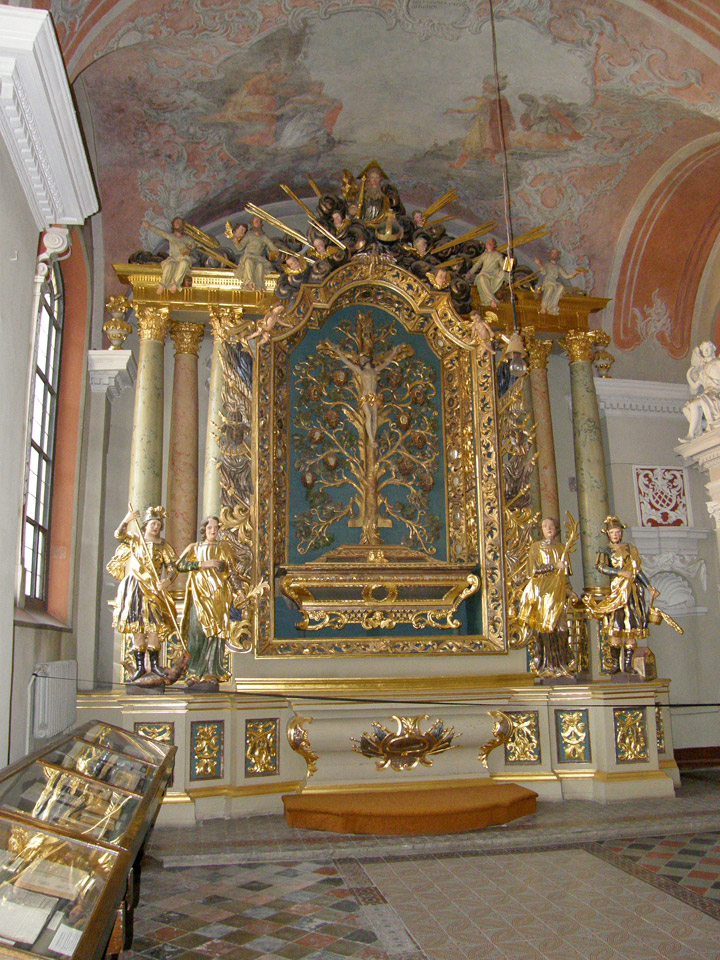