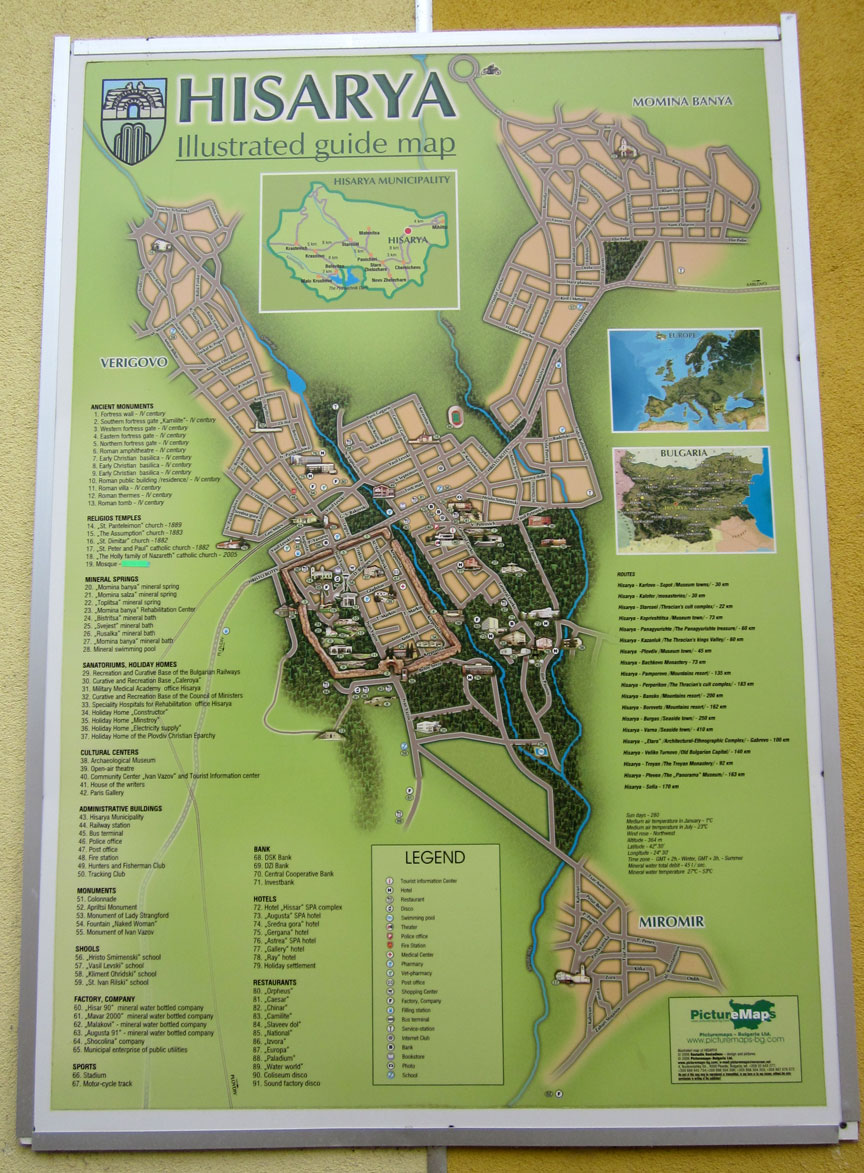 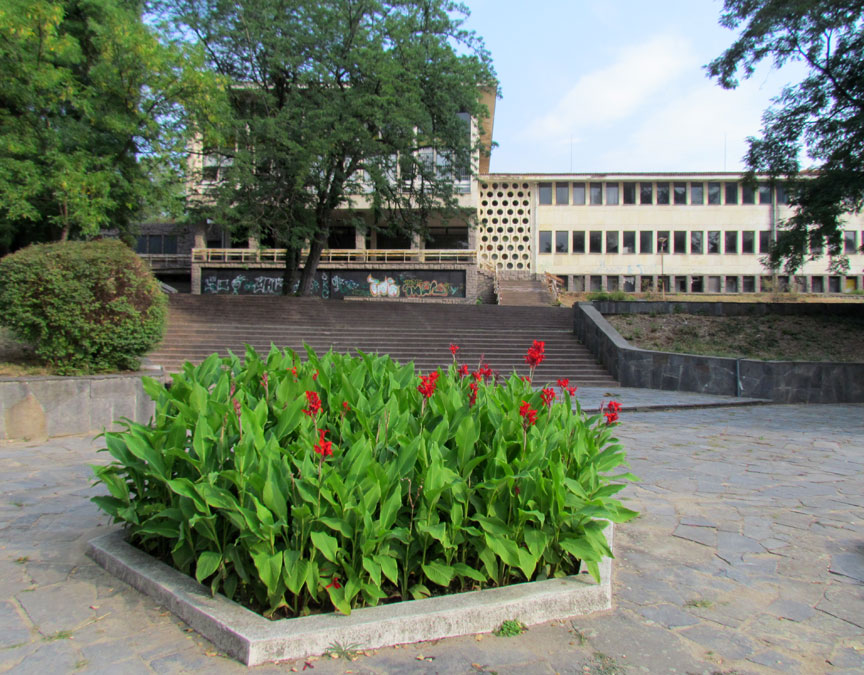 Hisarya (Bulgarian: Хисаря, also known as Hisar, Hissar or Hissarya) is a small resort town in Bulgaria, in Plovdiv Province. 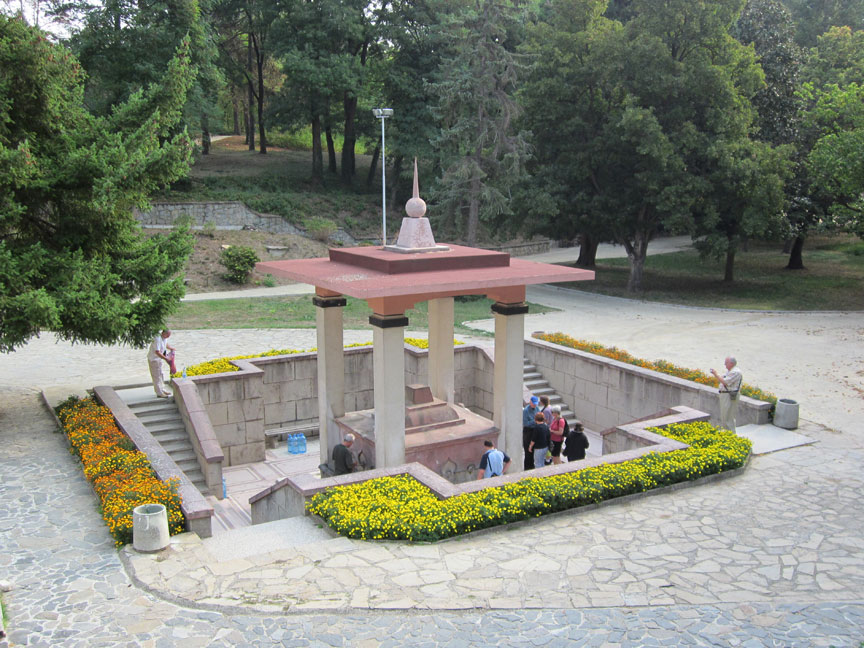 Located in the outskirts of the Sredna Gora mountain range, it boasts of a very mild climate and over two dozen different mineral springs, which make it a favorite spa for many Bulgarian and foreign tourists. 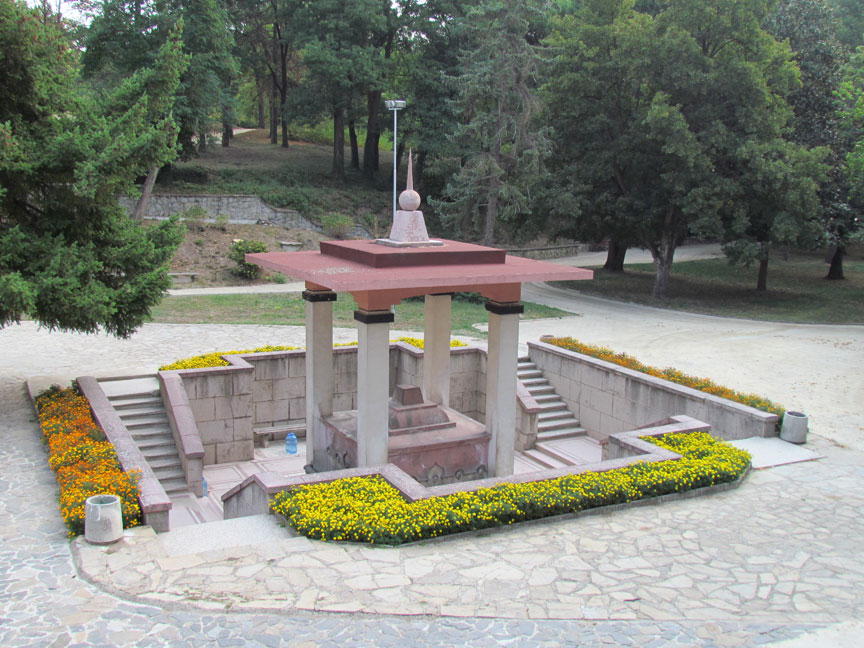 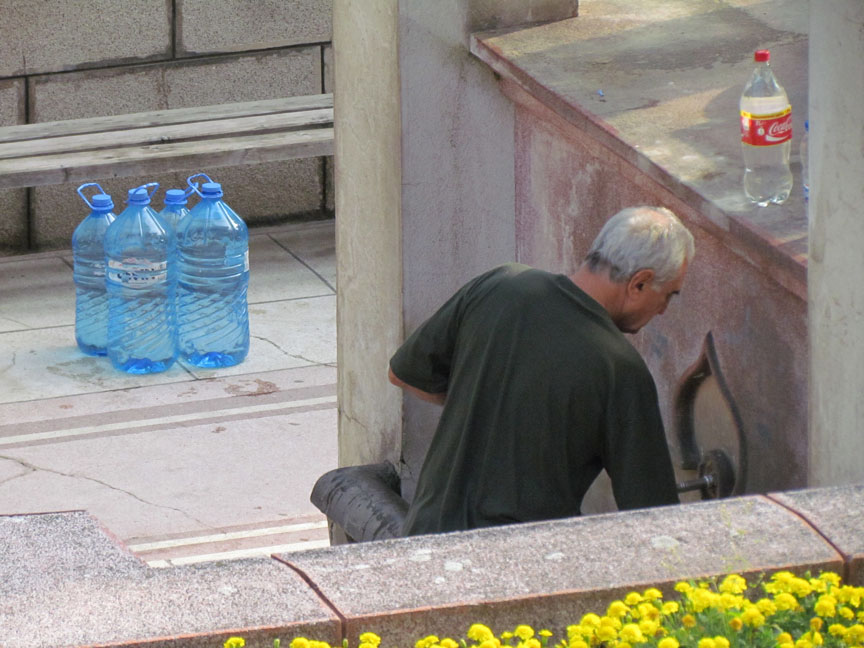 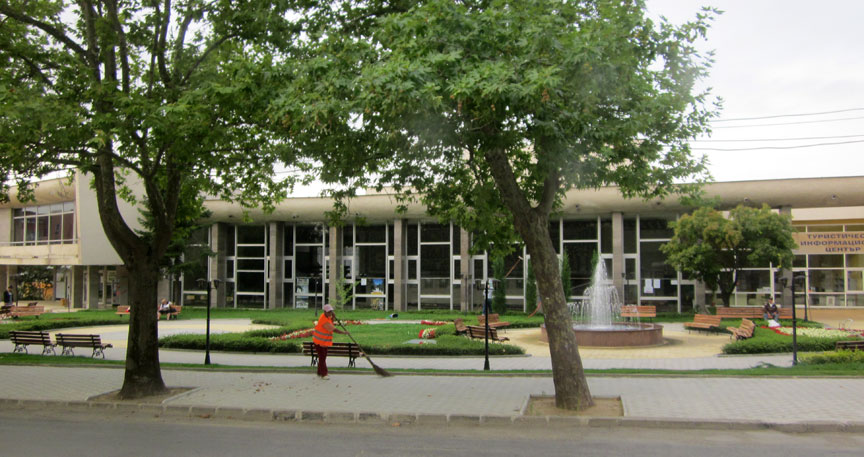 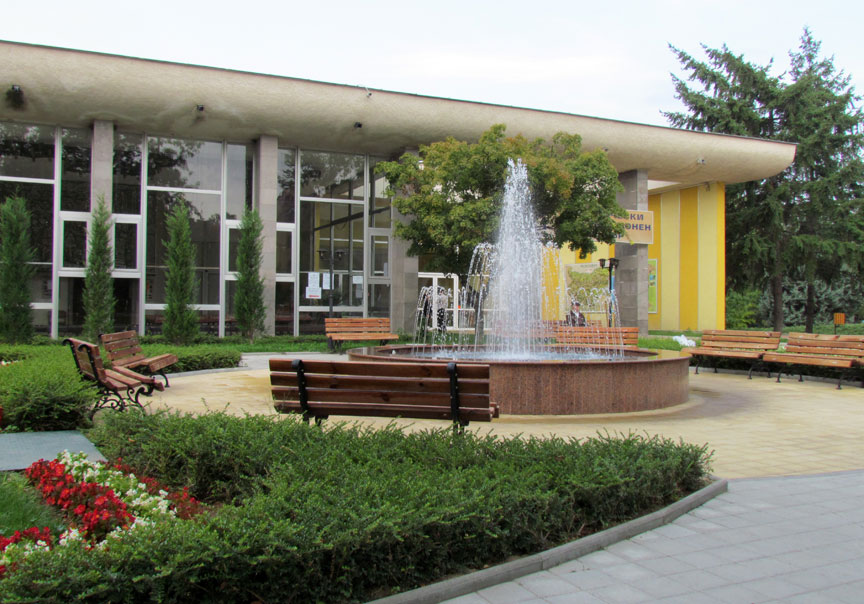 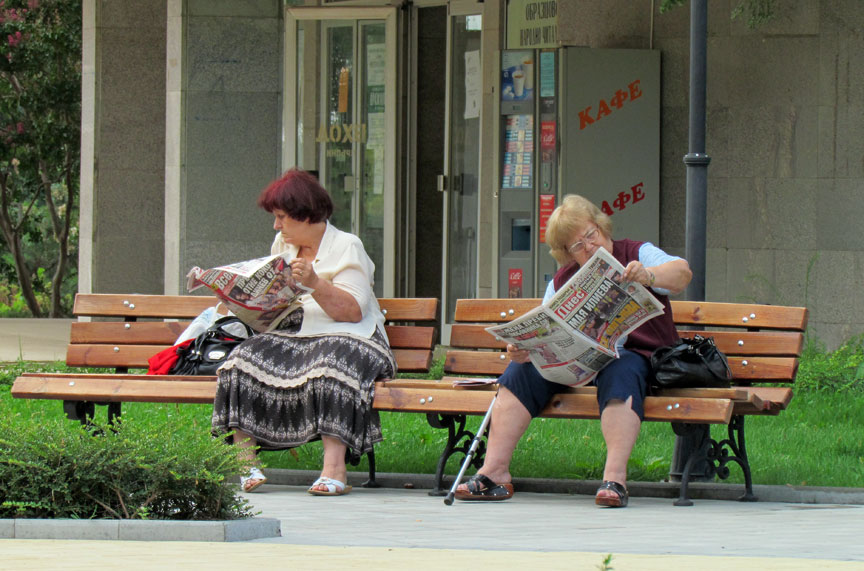 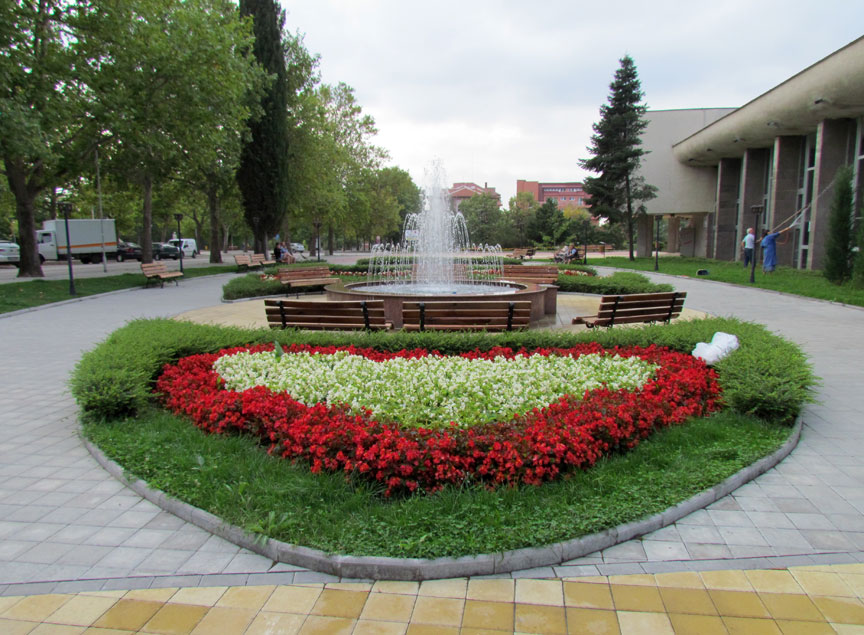 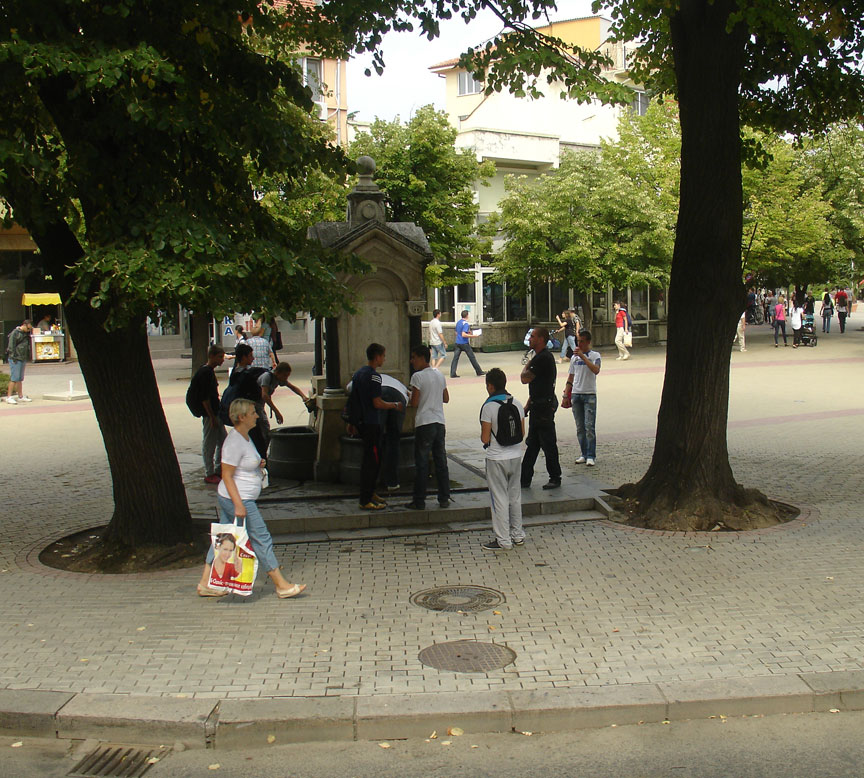 The town's population is 7,691. The population of the municipality is approximately 14,826. 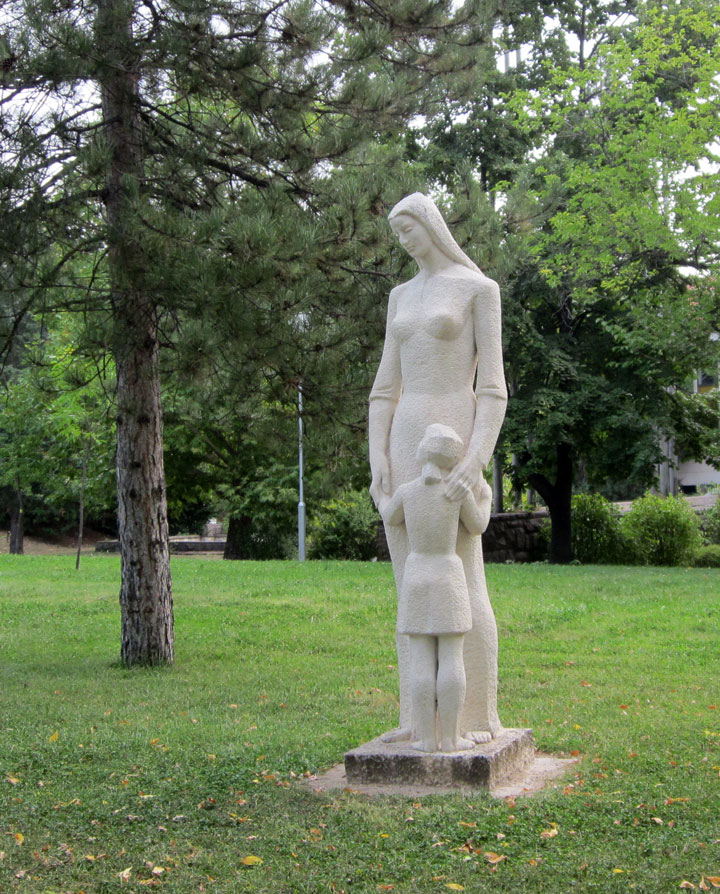 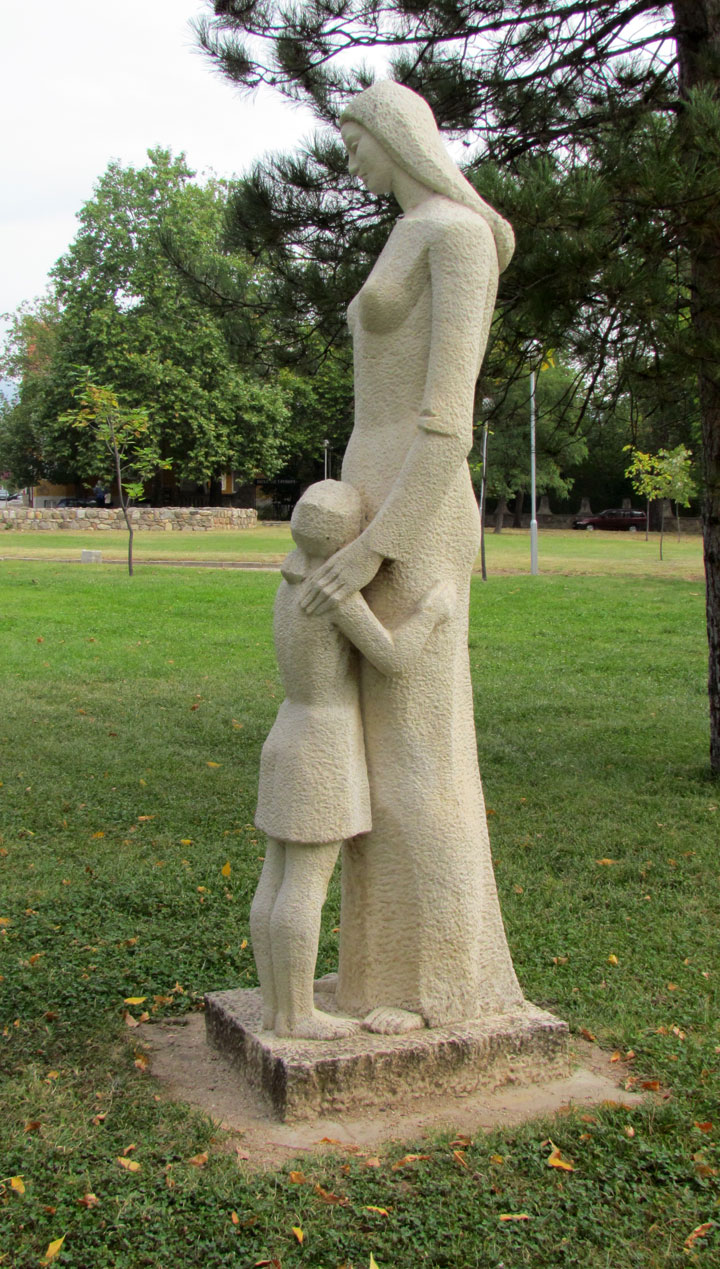 Because of these springs, the town was founded thousands of years ago. Some pre-historic remains have been found in what is now the town centre. Later, it became a Thracian city, and when Thrace fell to the Romans and became a Roman province, Hisarya became a Roman town - one of the three most important towns in the province. At various times it was called Augusta, Diocletianopolis (after emperor Diocletian) and a couple of other names. It was a famous resort even in those times, which is proved by the fact that emperor Septimius Severus himself visited the city. 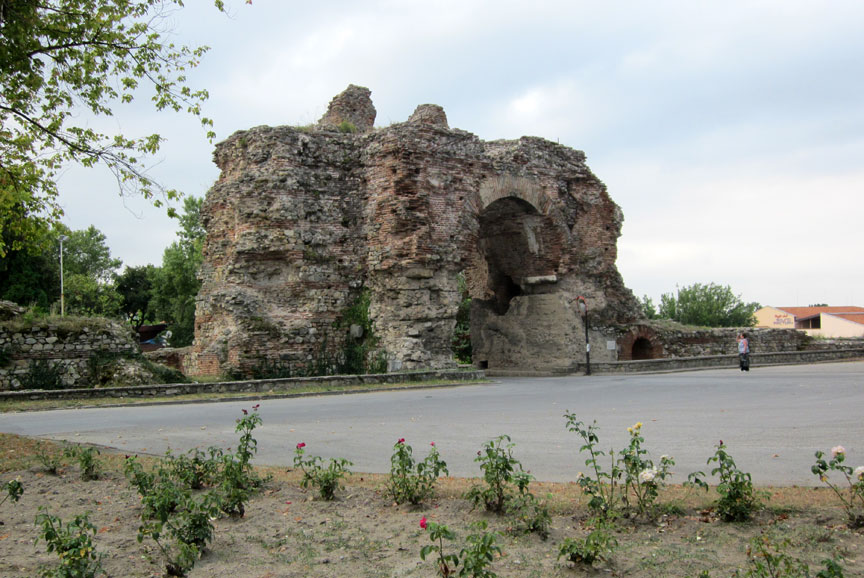 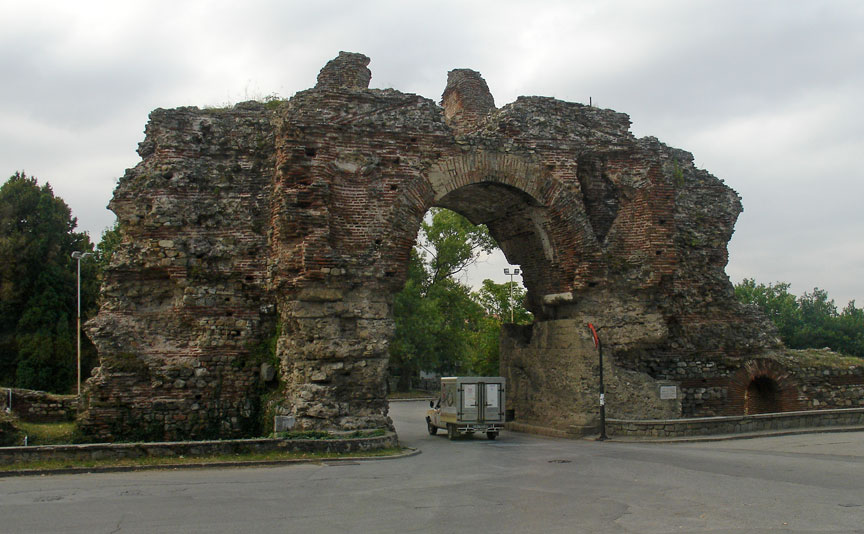 Many Roman ruins are still visible everywhere - public buildings, a small amphitheatre, the barracks of the Roman garrison, the foundations of a couple of the oldest churches in Bulgaria, as well as the best preserved Roman fortress in Bulgaria. The southern gate is known as "The Camels", because it had broken in the middle and looked like two camels facing each other, before it was partially restored in the early 20th century. 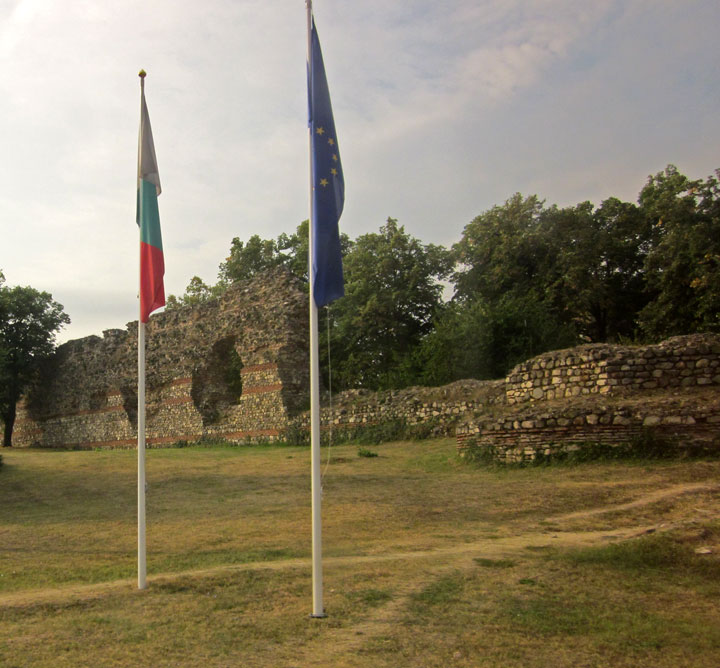 After the fall of the Roman Empire, the prosperous city declined and when it was included within the borders of Bulgaria, it was just a minor fortified town. During the Turkish rule it further declined and at some point the once prosperous city was just a couple of small houses in the midst of many Roman ruins, which peasants from the nearby villages used for a stone quarry, destroying most of them in the process. 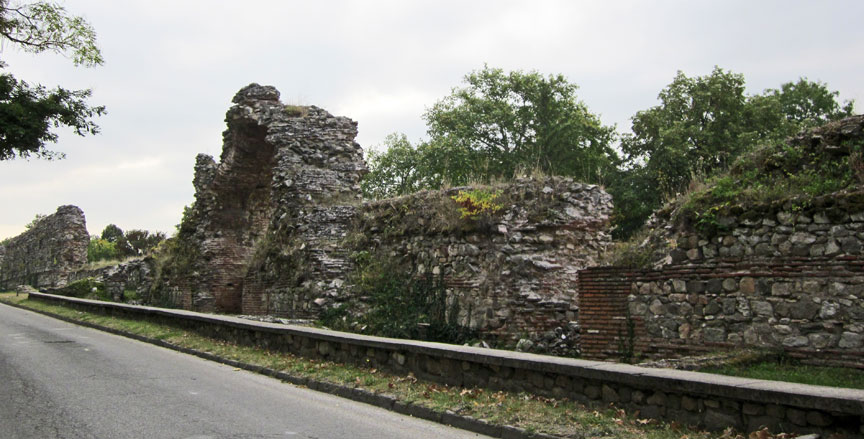 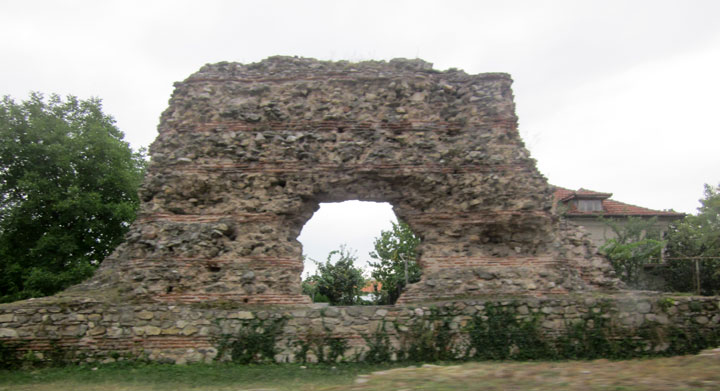 It prospered once again when the mineral springs were re-discovered and the place became the favorite recreation spot for the rich. 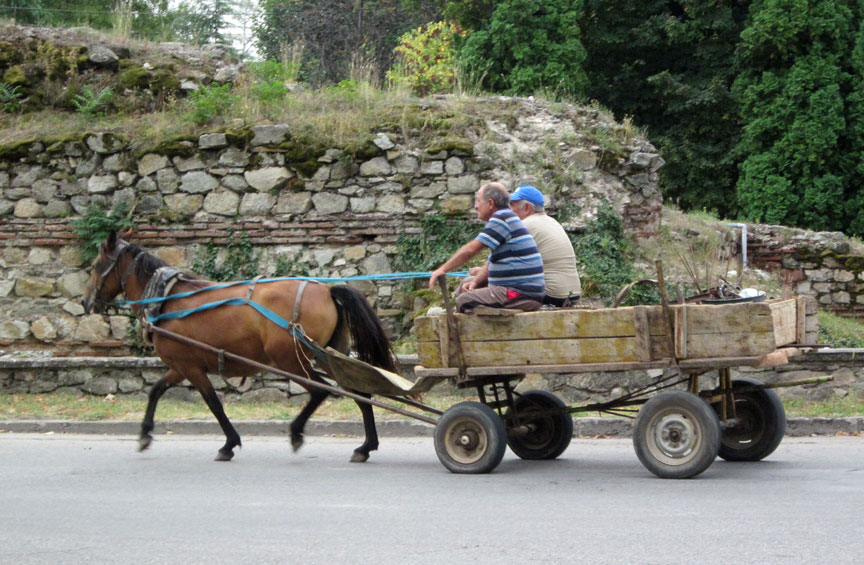 After 1945, the summer houses of the rich were nationalised and became spas for the public. The "restitution" after 1992 saw them transferred to the grandchildren of the pre-war rich, who had no money to repair the buildings, so much of the old heritage is now falling into disuse. 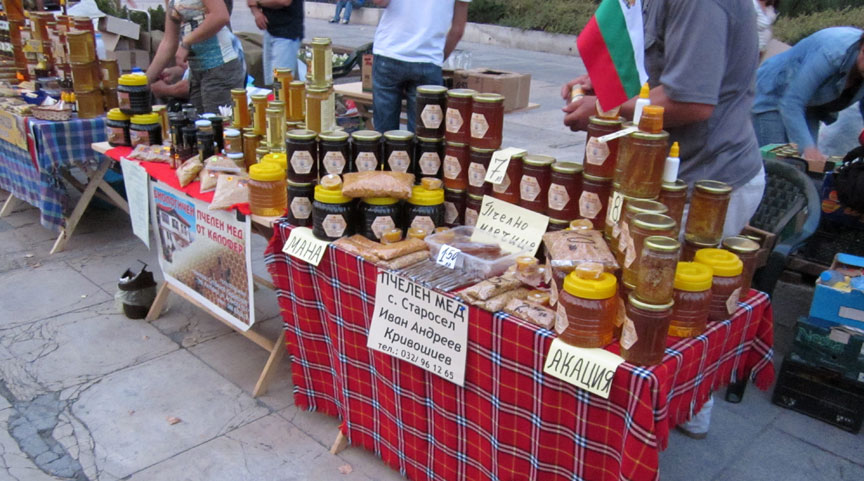 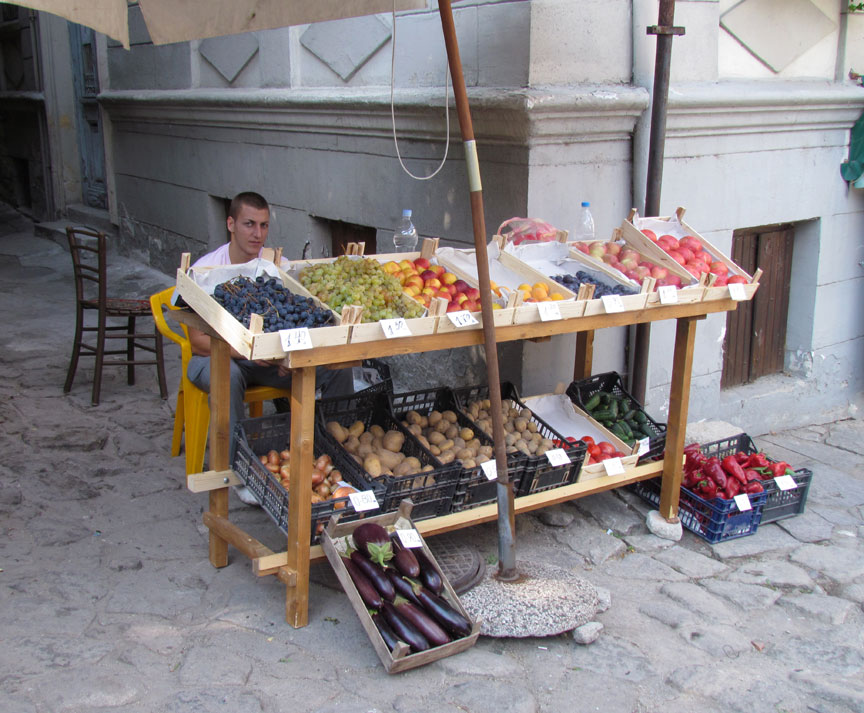 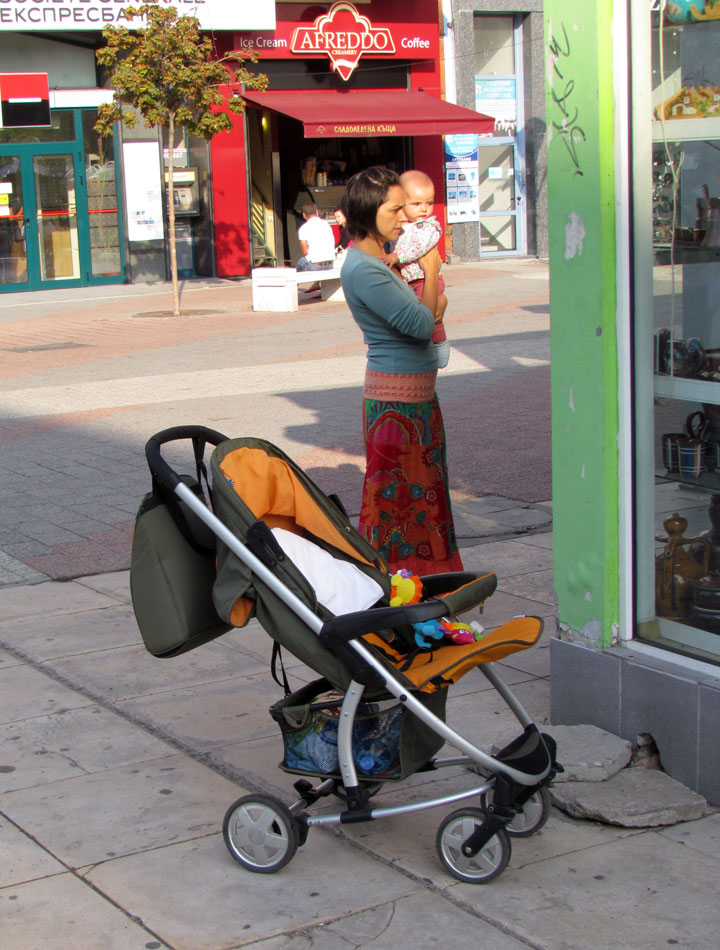 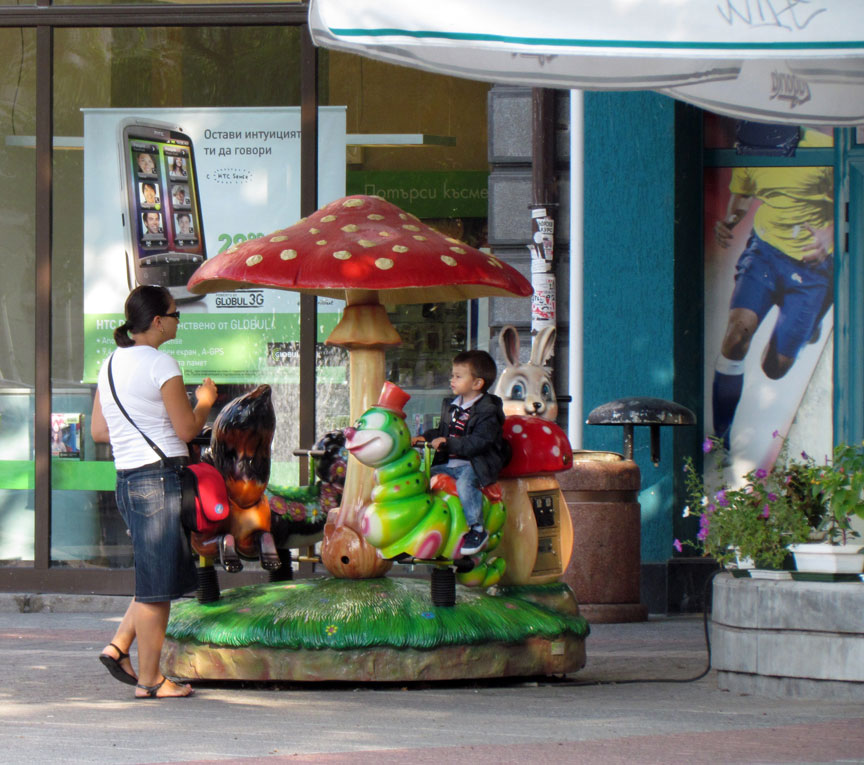 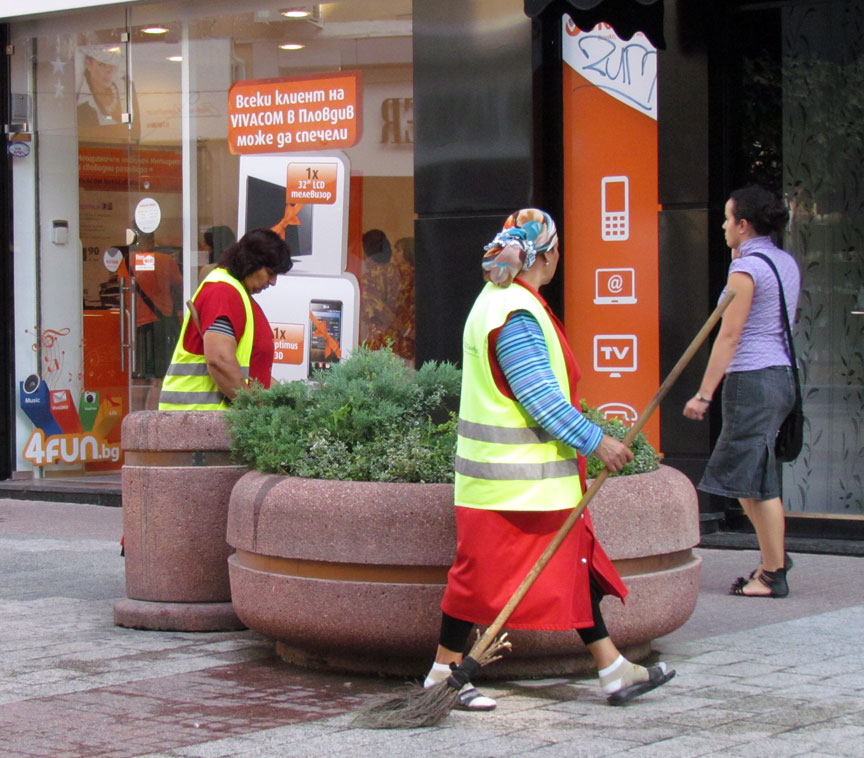 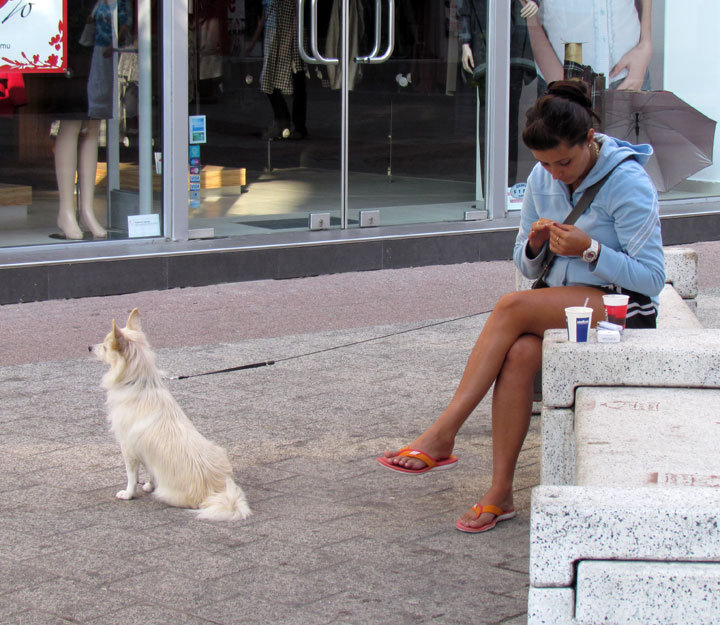 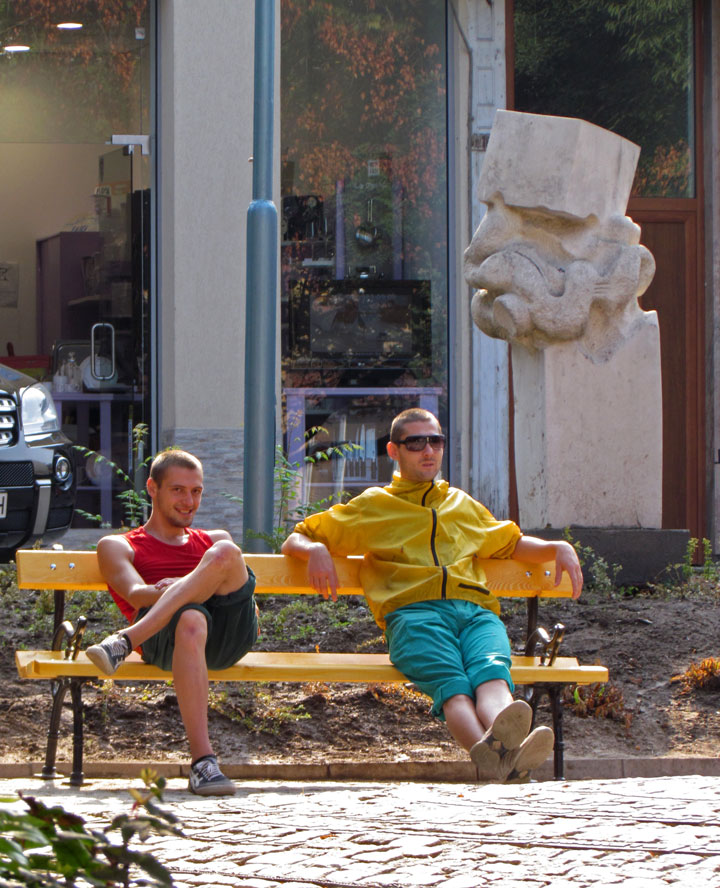 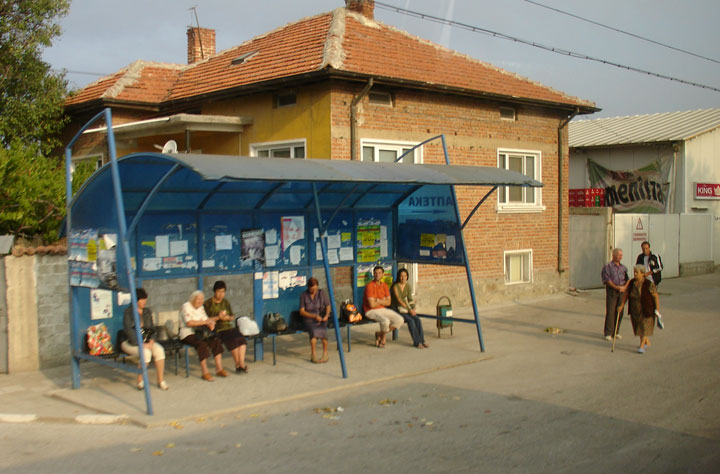 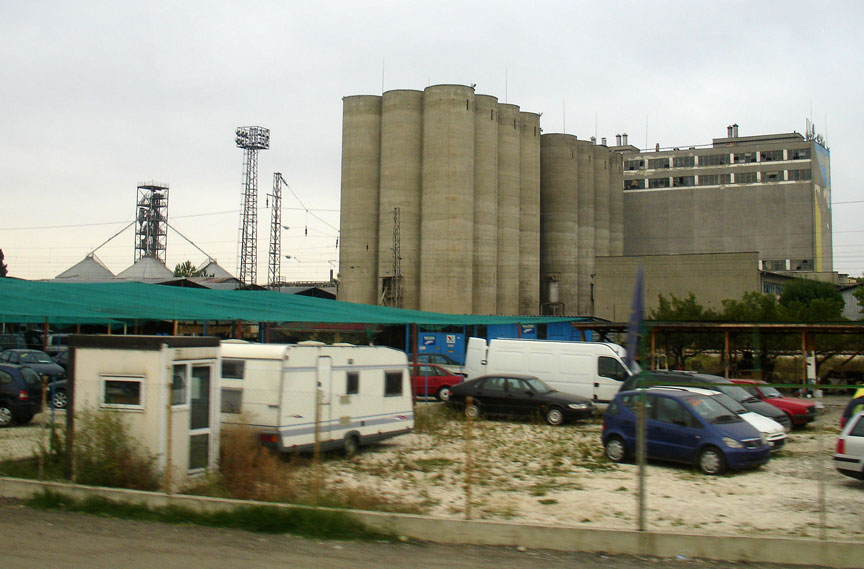 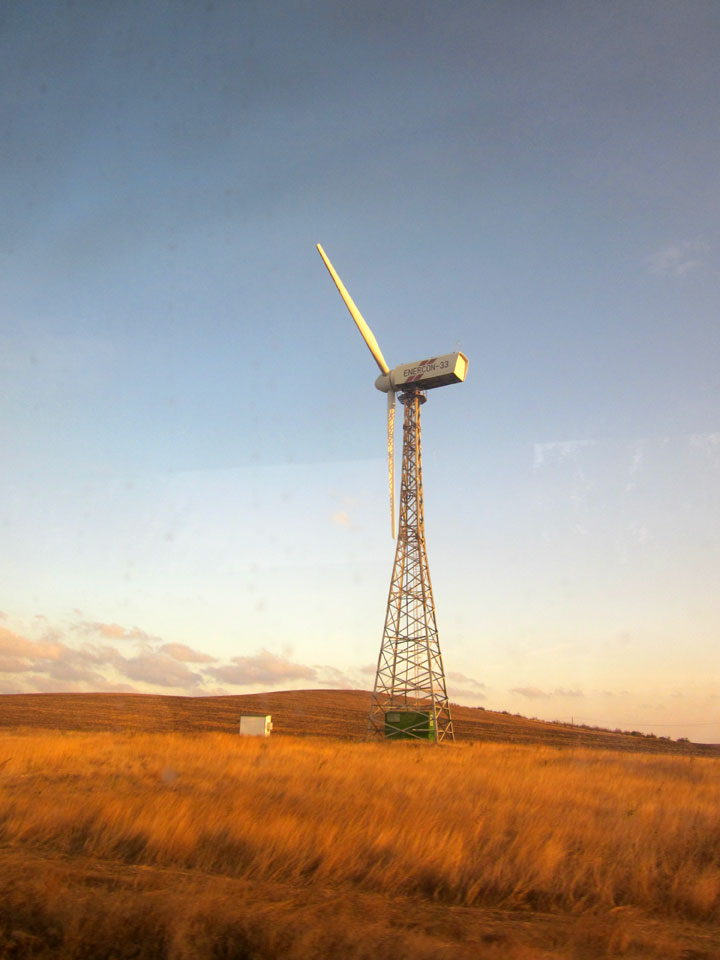