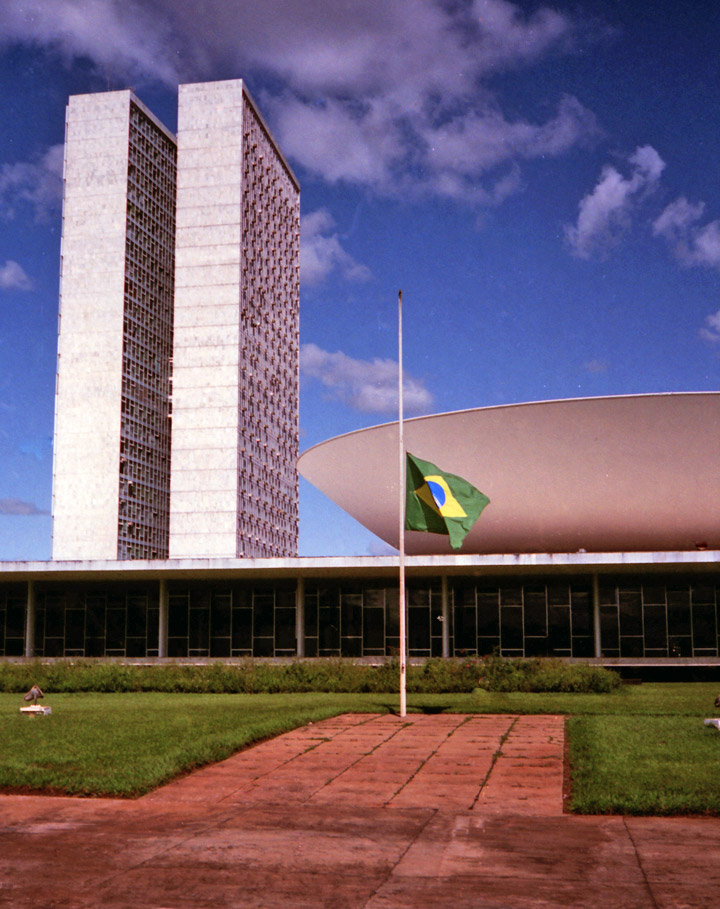 Brasília is the capital of Brazil. The city and its District are located in the Central-West region of the country, along a plateau known as Planalto Central. It has a population of about 2,557,000 as of the 2008 IBGE estimate, making it the fourth largest city in Brazil, ahead of Belo Horizonte and Fortaleza. However, as a metropolitan area, it ranks much lower at ninth. It is listed as a World Heritage Site by UNESCO. 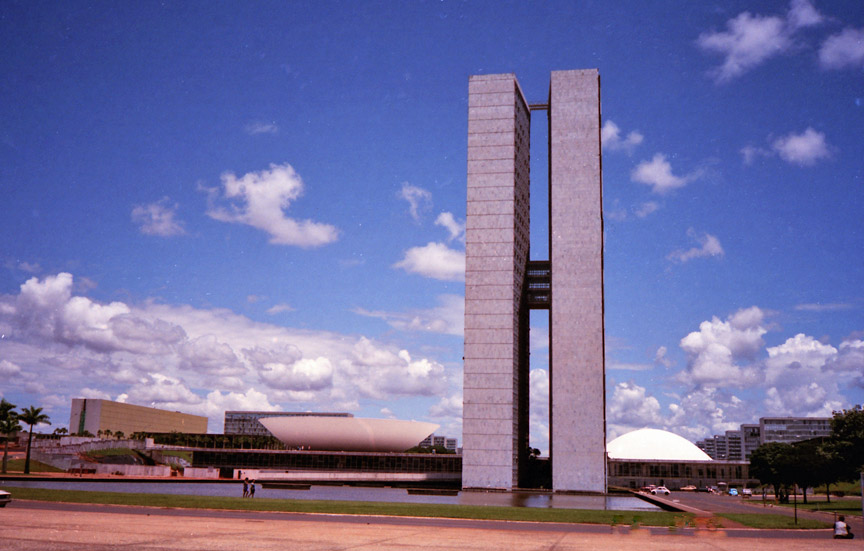 As the national capital, Brasília is the seat of all three branches of the Brazilian government. The city also hosts the headquarters of many Brazilian companies such as the Banco do Brasil, Caixa Econômica Federal, Correios and Brasil Telecom. The city is a world reference for urban planning. The locating of residential buildings around expansive urban areas, of building the city around large avenues and dividing it into sectors, has sparked a debate and reflection on life in big cities in the 20th century. The city's planned design included specific areas for almost everything, including accommodation – Hotel Sectors North and South. However, new areas are now being developed as locations for hotels, such as the Hotels and Tourism Sector North, located on the shores of Lake Paranoá. 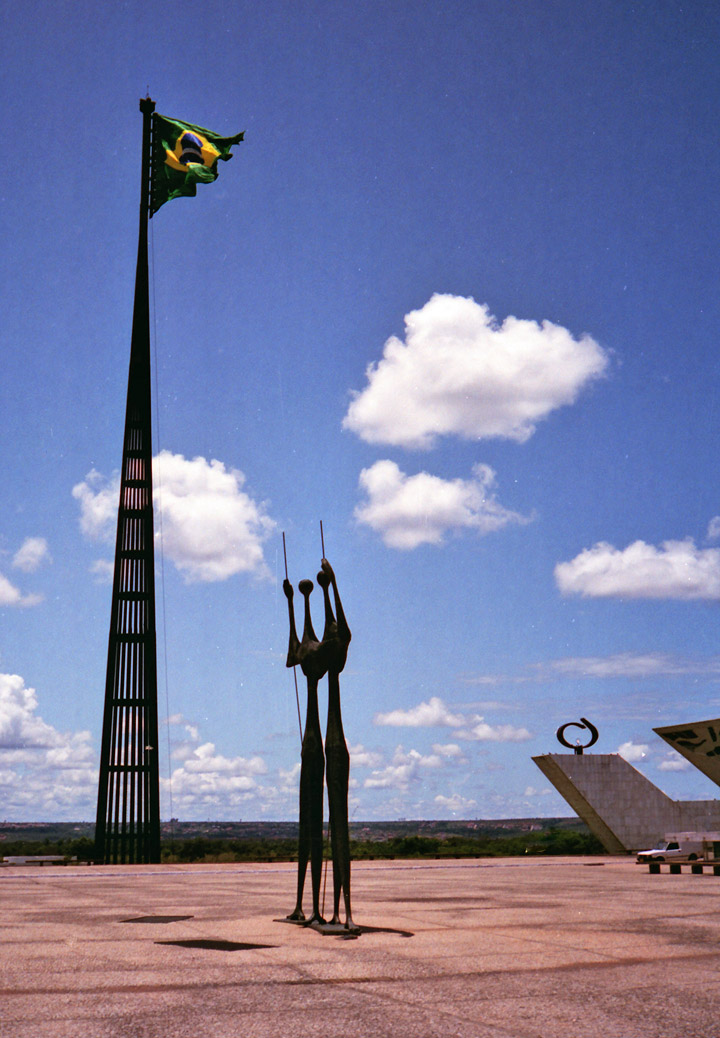 The city was planned and developed in 1956 with Lúcio Costa as the principal urban planner and Oscar Niemeyer as the principal architect. In 1960, it formally became Brazil's national capital. When seen from above, the main planned part of the city's shape resembles an airplane or a butterfly. The city is commonly referred to as Capital Federal, or simply BSB. People from the city of Brasília are known as brasilienses or candangos. 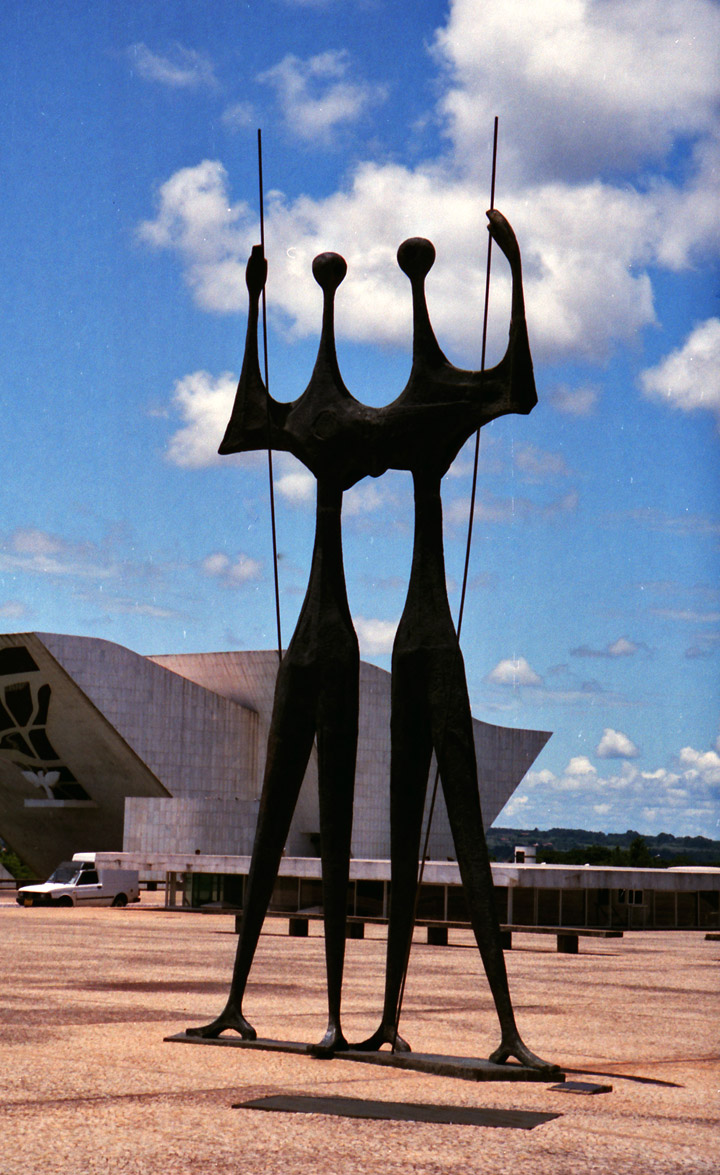 Brasília has a sui generis status in Brazil, given it is not a municipality like nearly all cities in Brazil. In fact, there isn't even a definition of what Brasília is. Recently, the First Administrative Region within the Distrito Federal (Federal District) — which used to be called "Plano Piloto" - was renamed "Brasília." But while the name "Brasília" is often used in contrast with the "satellite cities," it is most commonly used as the name of the whole of the urban settlements of the Distrito Federal. The Distrito Federal, constitutionally, cannot be divided into municipalities. 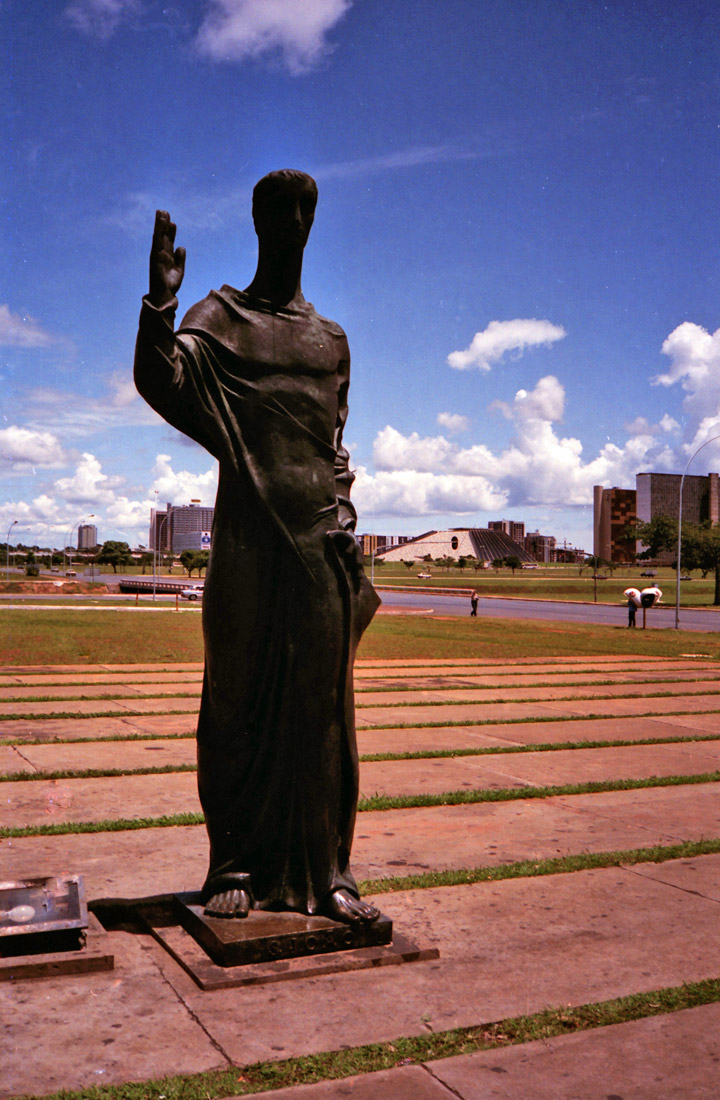 The Brazilian capital is the only city in the world built in the 20th century to be awarded (in 1987) the status of Historical and Cultural Heritage of Humanity by UNESCO, a specialized agency of the United Nations. 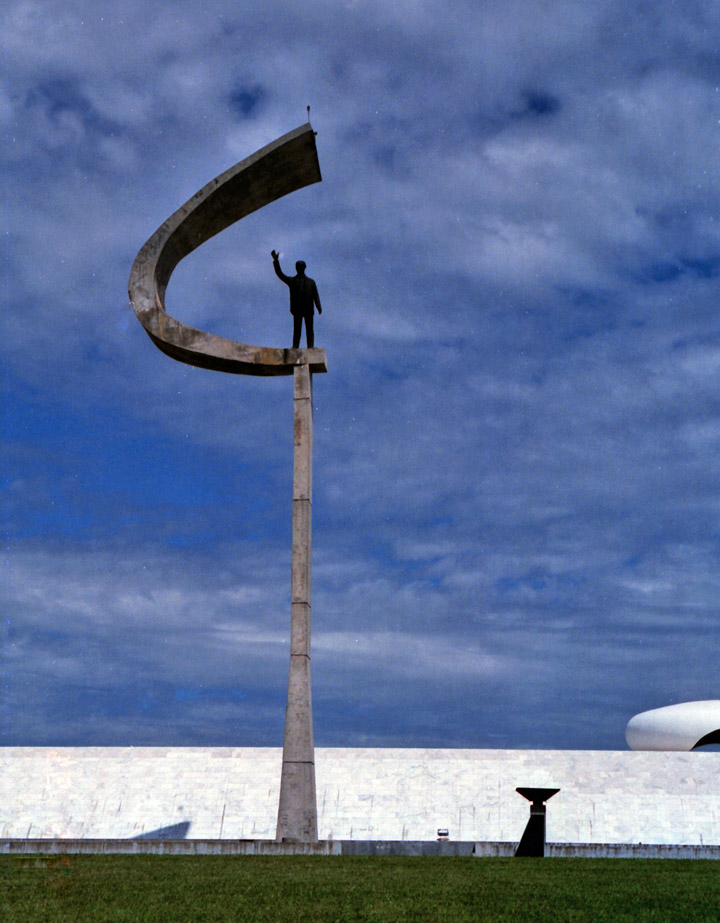 The plan of the central city has been likened to a bird, a bow and arrow, or an airplane. Designed by the Brazilian architect Lúcio Costa, its form is emphasized by the Highway Axis (Eixo Rodoviário), which curves from the north to the southwest and links Brasília’s main residential neighbourhoods, and the straight Monumental Axis (Eixo Monumental), which runs northwest-southeast and is lined by federal and civic buildings. At the northwestern end of the Monumental Axis are federal district and municipal buildings, while at the southeastern end, near the middle shore of Lake Paranoá, stand the executive, judicial, and legislative buildings around the Square of Three Powers, the conceptual heart of the city. These and other major structures were designed by the Brazilian architect Oscar Niemeyer. In the Square of Three Powers, he created as a focal point the dramatic Congressional Palace, which is a composition of five parts: twin administrative towers flanked by a large, white concrete dome (the meeting place of the Senate) and by an equally massive concrete bowl (the Chamber of Deputies), which is joined to the dome by an underlying, flat-roofed building. 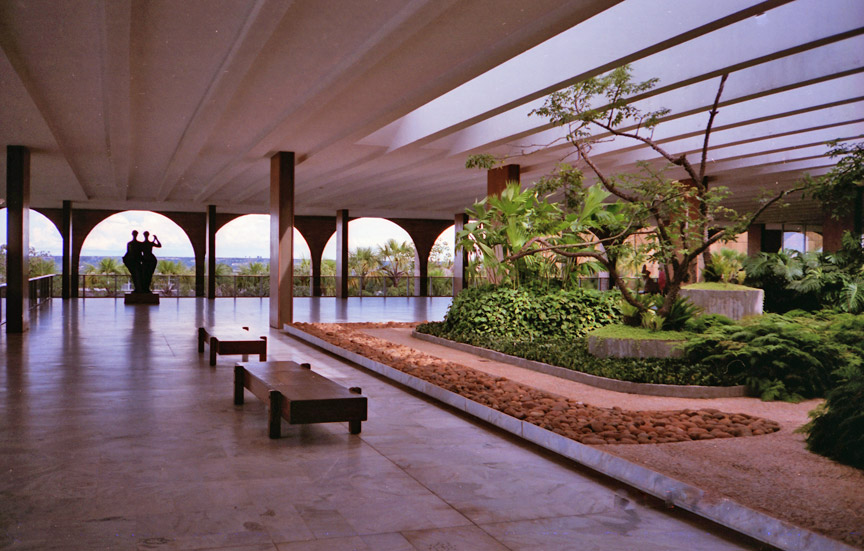 A series of low-lying annexes (largely out of sight) flank both ends. Also in the square are the glass-faced Planalto Palace (housing the presidential offices) and the Palace of the Supreme Court. Farther east, on a triangle of land jutting into the lake, is the Palace of the Dawn (Palácio da Alvorada; the presidential residence). Between the federal and civic buildings on the Monumental Axis is the city's cathedral, considered by many to be Niemeyer's finest achievement (see photographs of the and interior). The parabolically shaped structure is characterized by its 16 gracefully curving supports, which join in a circle 115 feet (35 metres) above the floor of the nave; stretched between the supports are translucent walls of tinted glass. The nave is entered via a subterranean passage rather than conventional doorways. Other notable buildings are Buriti Palace, Itamaraty Palace (the Palace of Foreign Affairs), the National Theatre, and several foreign embassies that creatively embody features of their national architecture. 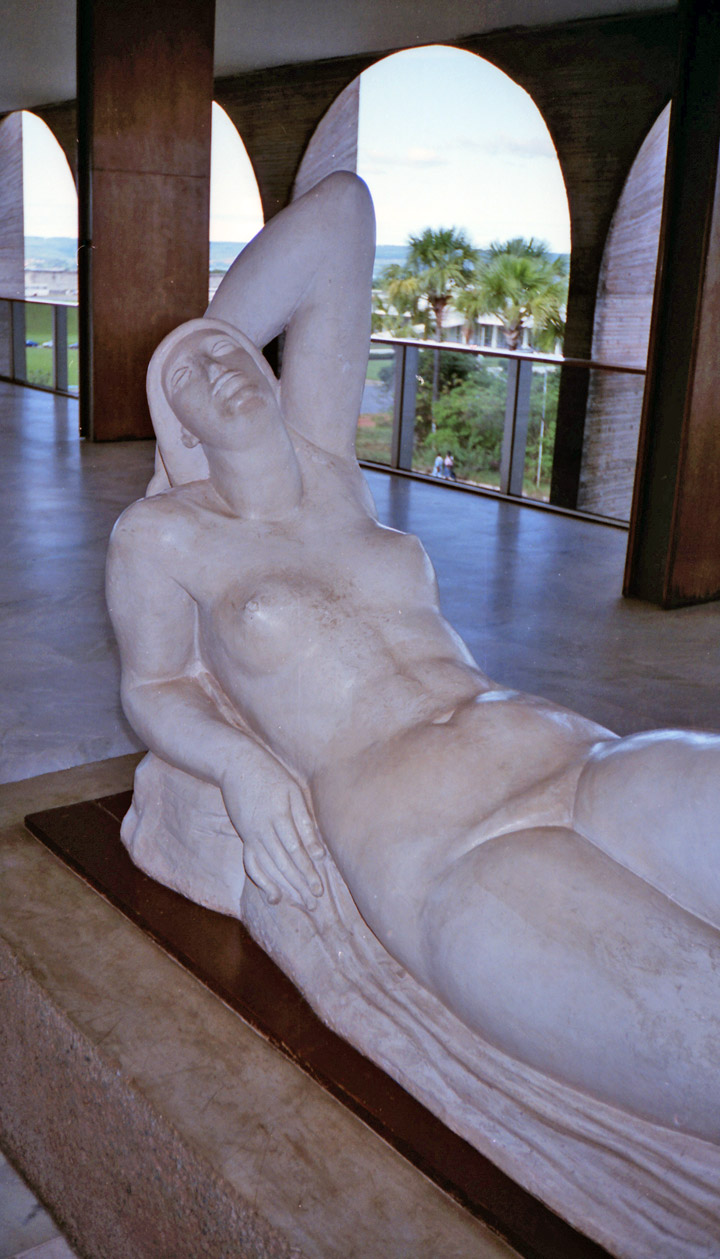 Both low-cost and luxury housing were built by the government in the central city area. The residential zones of the inner city are arranged into superquadras ("superblocks"), groups of apartment buildings along with a prescribed number and type of schools, retail stores, and open spaces. At the northern end of Lake Paranoá, separated from the inner city, is a peninsula upon which stand many fashionable homes; a similar neighbourhood exists on the southern lakeshore. Originally, the city planners envisioned extensive public areas along the shores of the artificial lake, but, during early development of the area, private clubs, hotels, and upscale residences and restaurants gained footholds around the water. Set well apart from the city are suburban "satellite cities", including Gama, Ceilândia, Taguatinga, Núcleo Bandeirante, Sobradinho, and Planaltina. These areas were not planned as permanent settlements and thus offer stark contrasts to the symmetry and spacing of Brasília. 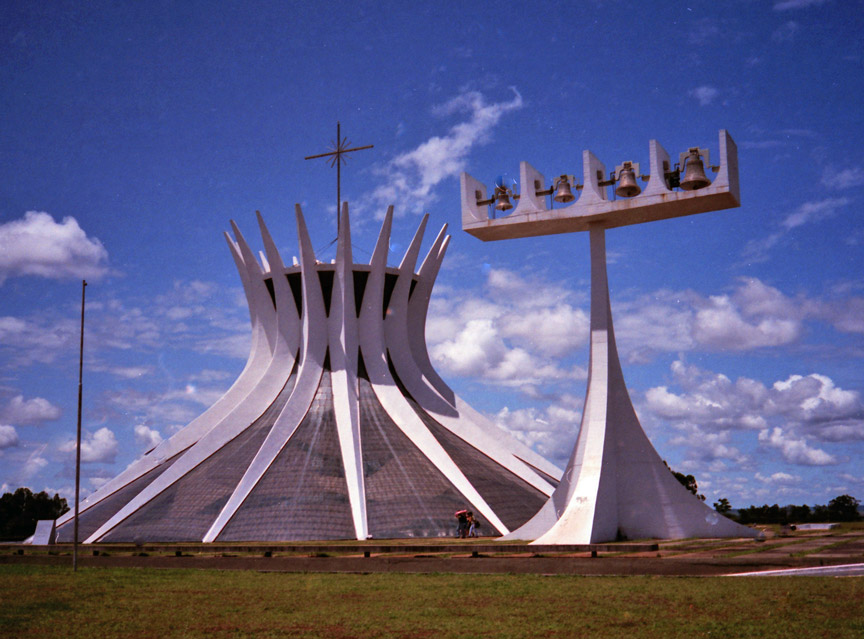 The city has been acclaimed for its use of modernist architecture on a grand scale and for its somewhat utopian city plan; however, it has been roundly criticized for much the same reasons. After a visit to Brasília, the French writer Simone de Beauvoir complained that all of its superquadras exuded "the same air of elegant monotony," and other observers have equated the city's large open lawns, plazas, and fields to wastelands. As the city has matured, some of these have gained adornments, and many have been improved by landscaping, giving some observers a sense of "humanized" spaciousness. 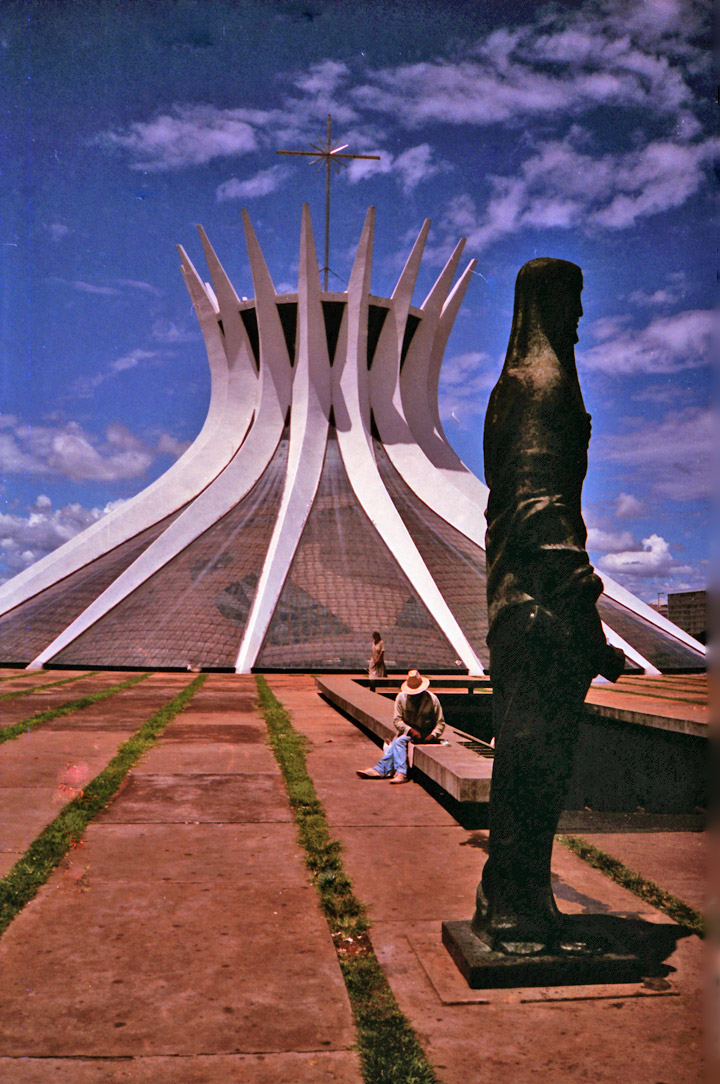 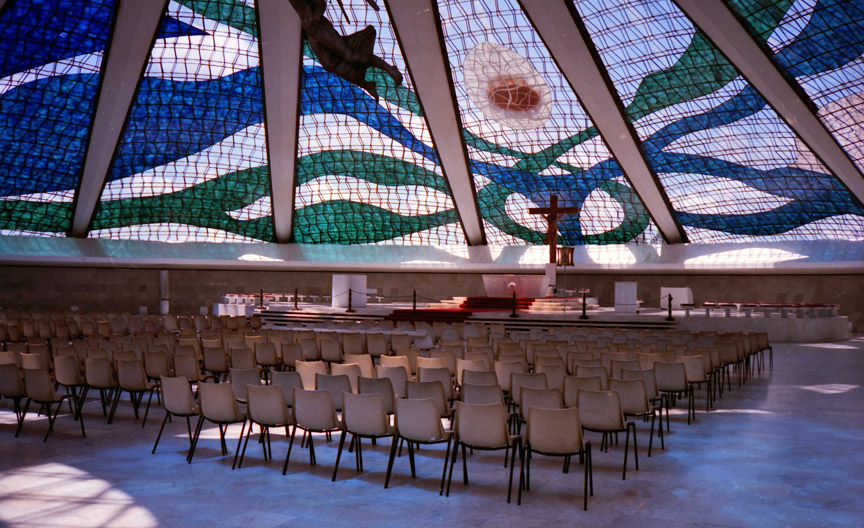 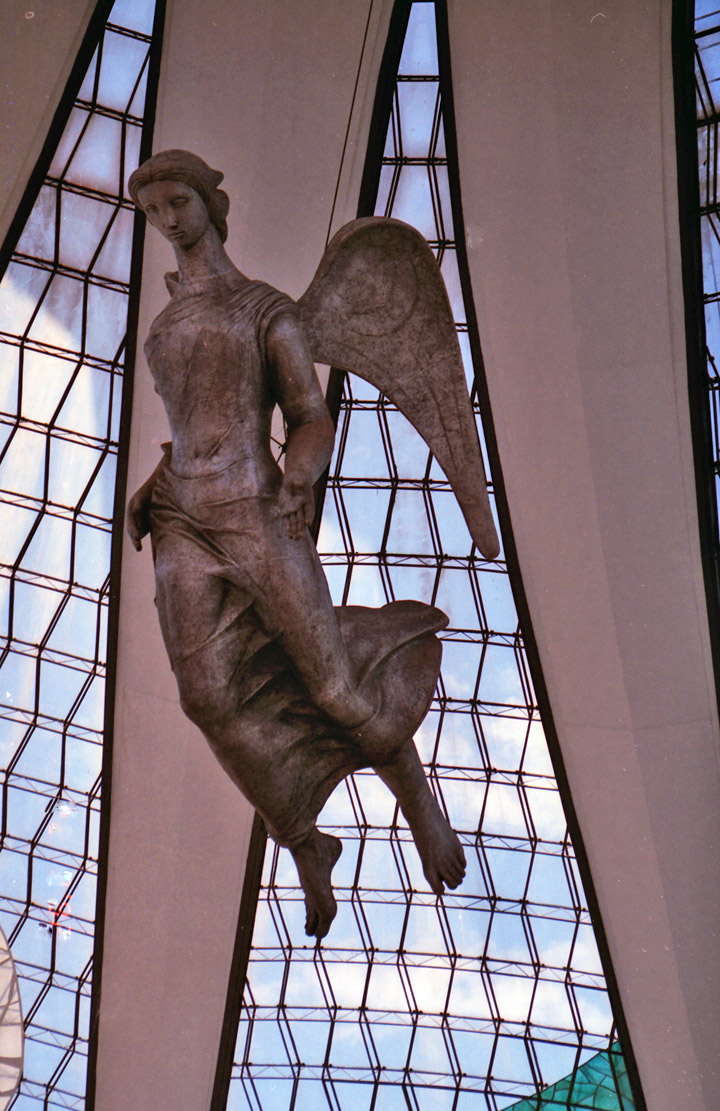 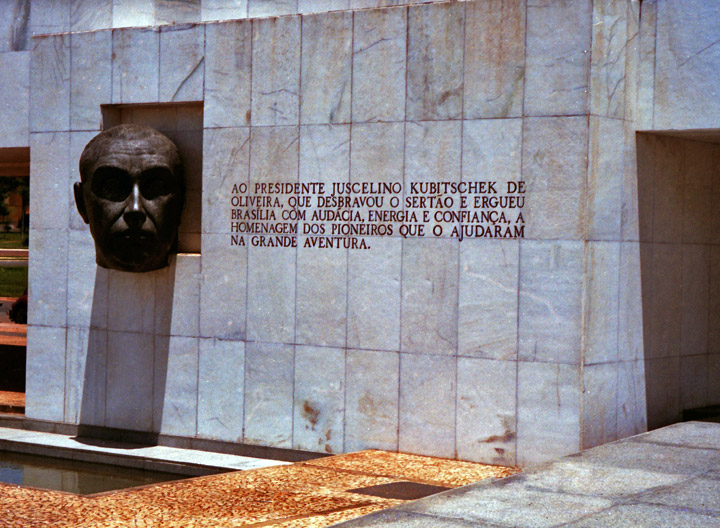 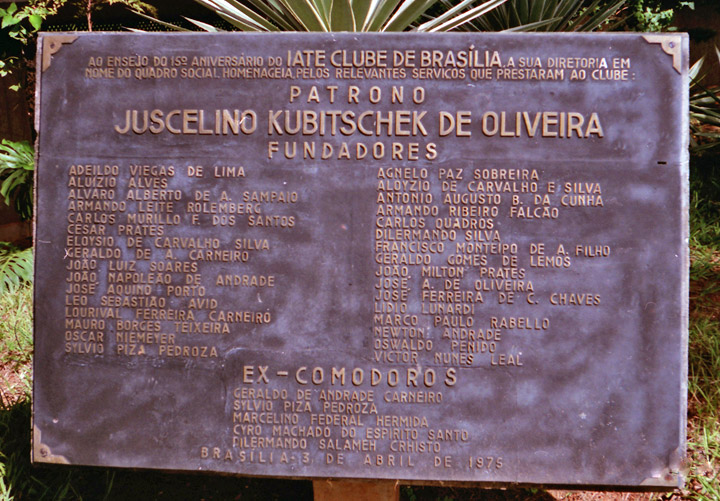 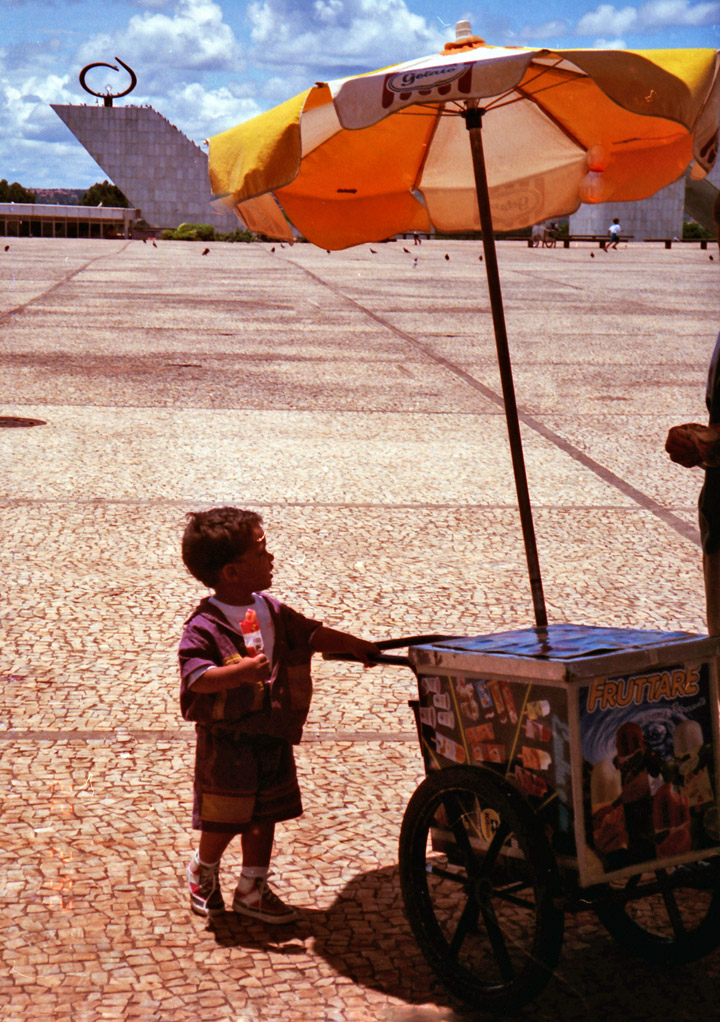 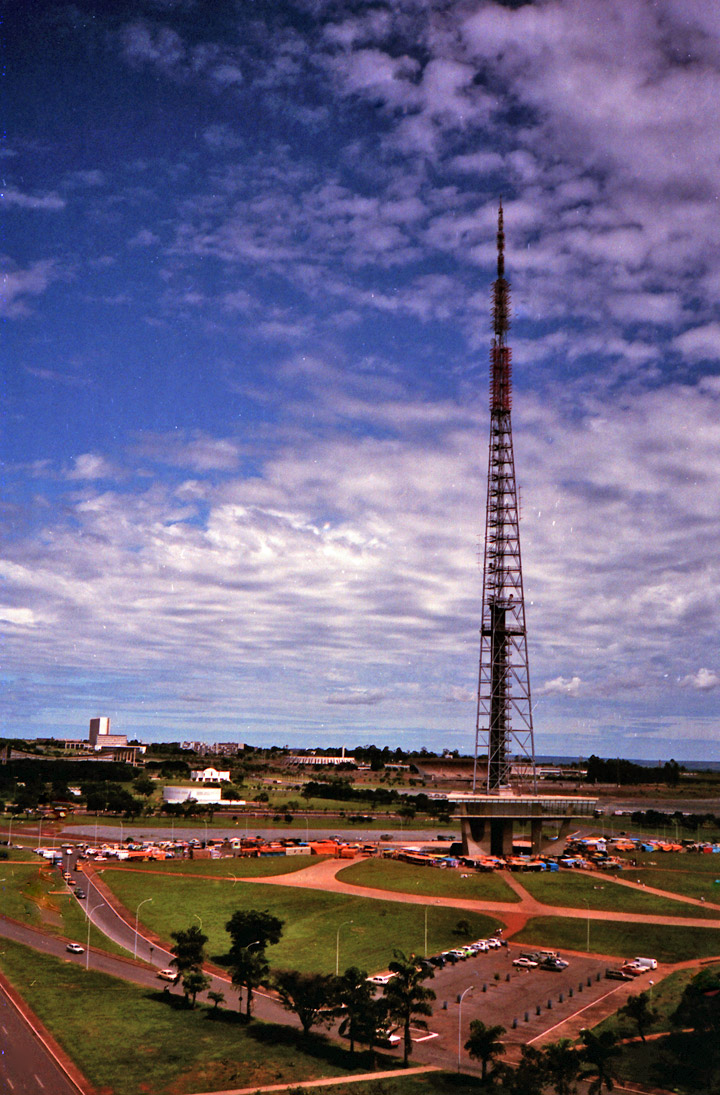