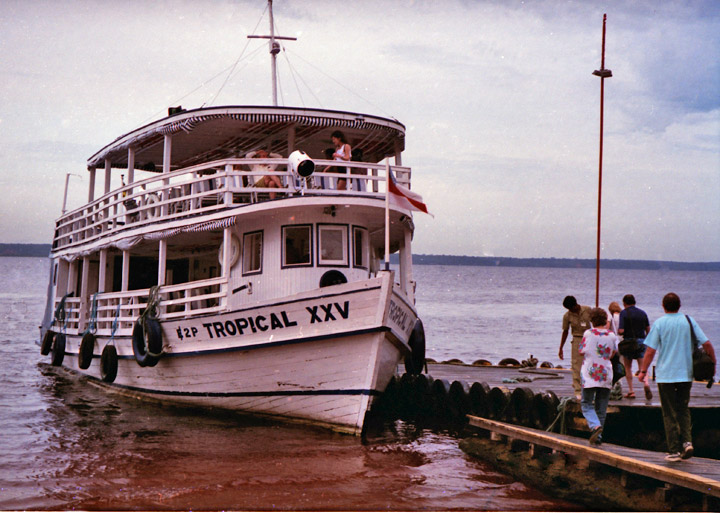 Rio Negro (Portuguese: Rio Negro, Spanish: Río Negro, English: Black River) is the largest left tributary of the Amazon and the largest blackwater river in the world. It has its sources along the watershed between the Orinoco and the Amazon basins, and also connects with the Orinoco by way of the Casiquiare canal. In Colombia, where the sources are located, it is called the Guainía River. Its main affluent is the Vaupés, which disputes with the headwaters of the Guaviare branch of the Orinoco, the drainage of the eastern slope of the Andes of Colombia. The Rio Negro flows into the Rio Solimões to form the Amazon River below Manaus, Brazil. 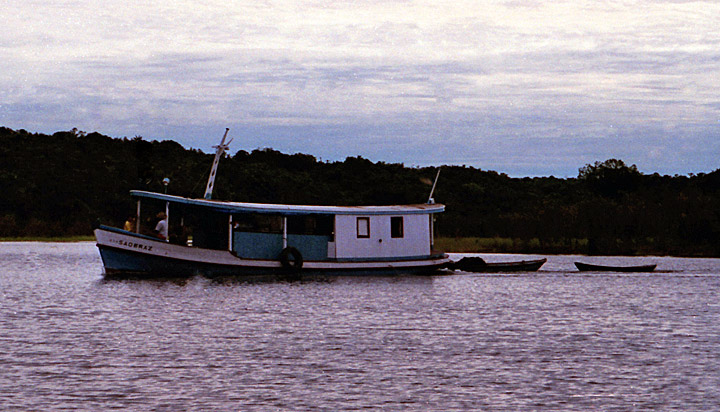 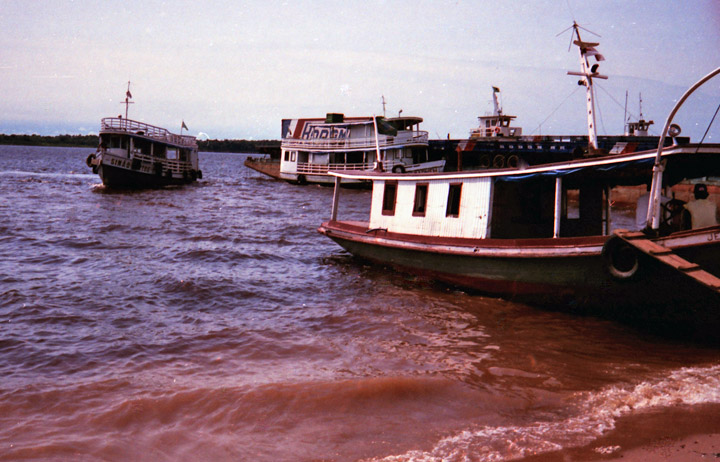 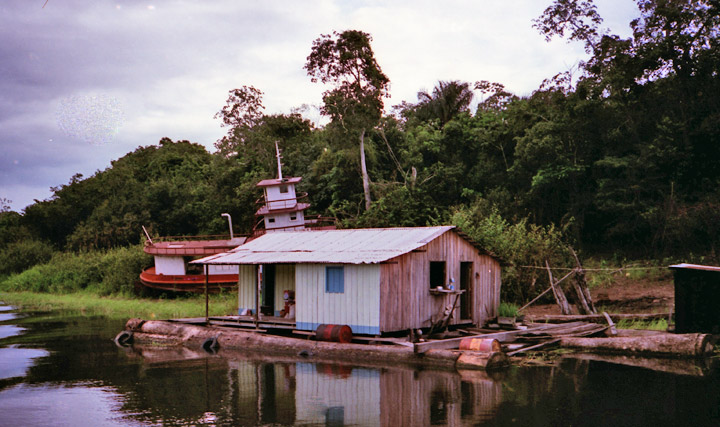 Rio Negro is navigable for 450 miles (720 km) above its mouth for 4 feet (1 m) of water in the dry season, but it has many sandbanks and minor difficulties. 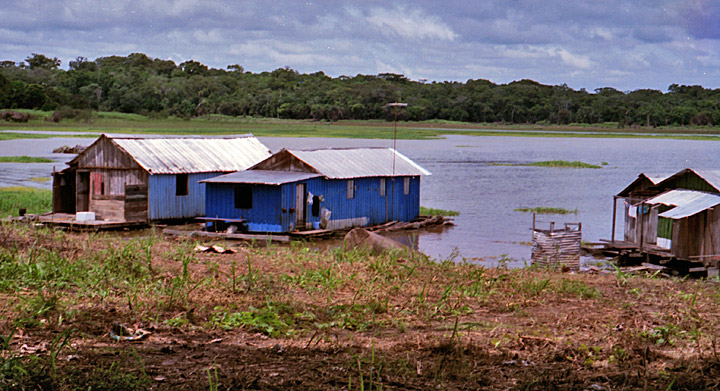 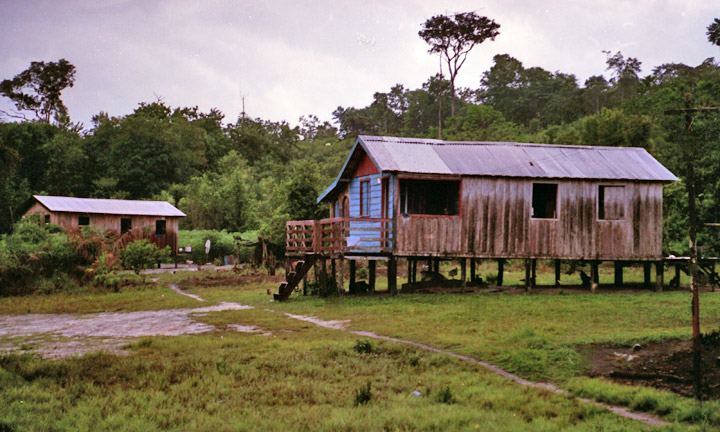 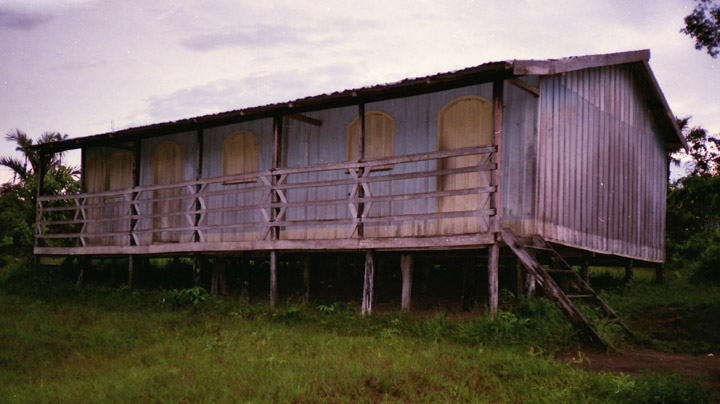 In the wet season, it floods the country far and wide, sometimes to a breadth of 20 miles (32 km), for long distances, and for 400 miles (640 km) up. During this time, from April until October, it is a succession of lagoons, full of long islands and intricate channels as far as Santa Isabel do Rio Negro. The foothills of the Andes begin just before reaching the Vaupés River. At this point, the Negro narrows and is filled with many large rocks over which it violently flows in cataracts, rapids and whirlpools. Despite the impediments, canoes and motor launches ascend past São Gabriel da Cachoeira to the Andes. 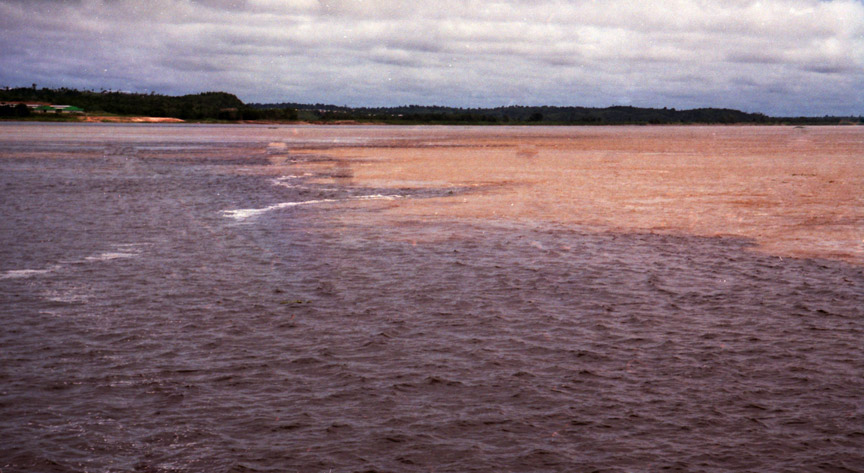 The mouth of the Rio Negro at the "Meeting of Waters": the dark Rio Negro meeting the silty Amazon River.

The Meeting of Waters (Portuguese: Encontro das Águas) is the confluence between the Rio Negro, a river with dark (almost black colored water), and the sandy-colored Amazon River or Rio Solimões, as it is known the upper section of the Amazon in Brazil. For 6 km (3.7 mi) the river's water run side by side without mixing. It is one of the main tourist attractions of Manaus, Brazil. 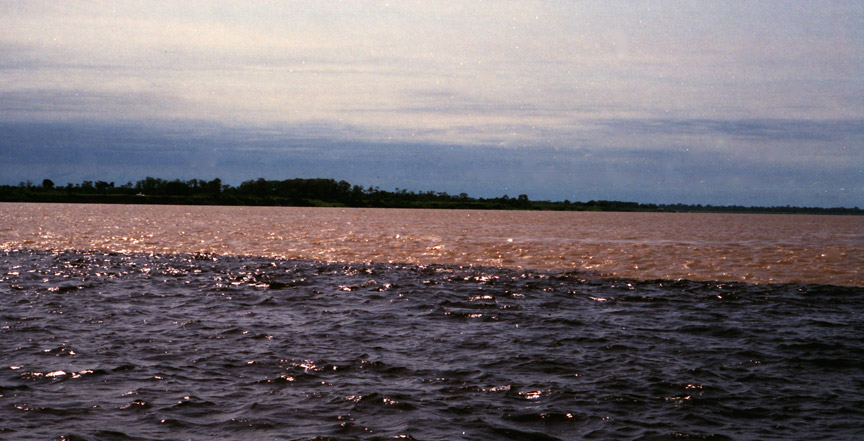 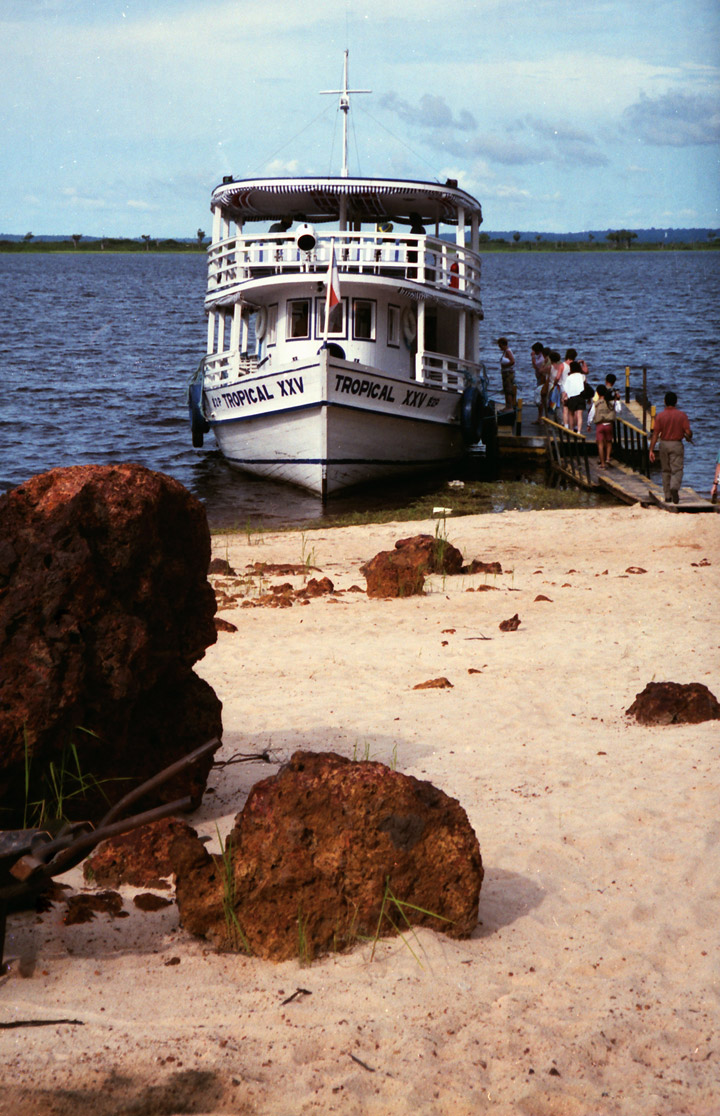 While the name Rio Negro means Black River, its waters aren't exactly black; they are similar in color to strong tea. The dark color comes from humic acid from incomplete breakdown of phenol-containing vegetation from sandy clearings. The river's name arises from the fact that it looks black from afar. 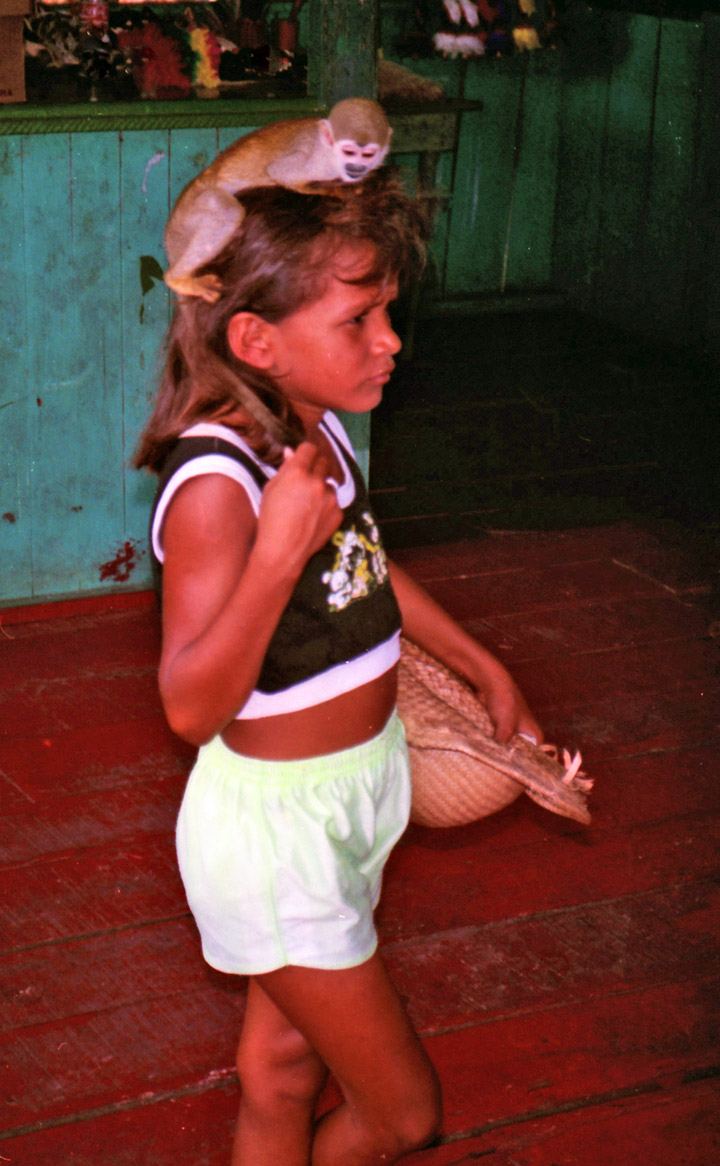 Much has been written on the productivity of the Rio Negro and other blackwater rivers. The older idea that these are "hunger rivers" is giving way, with new research, to the recognition that the Rio Negro, for example, supports a large fishing industry and has numerous turtle beaches. If the Negro was empty of Indians during the 17th century, introduced exotic diseases and warfare are more likely causes than low river productivity. 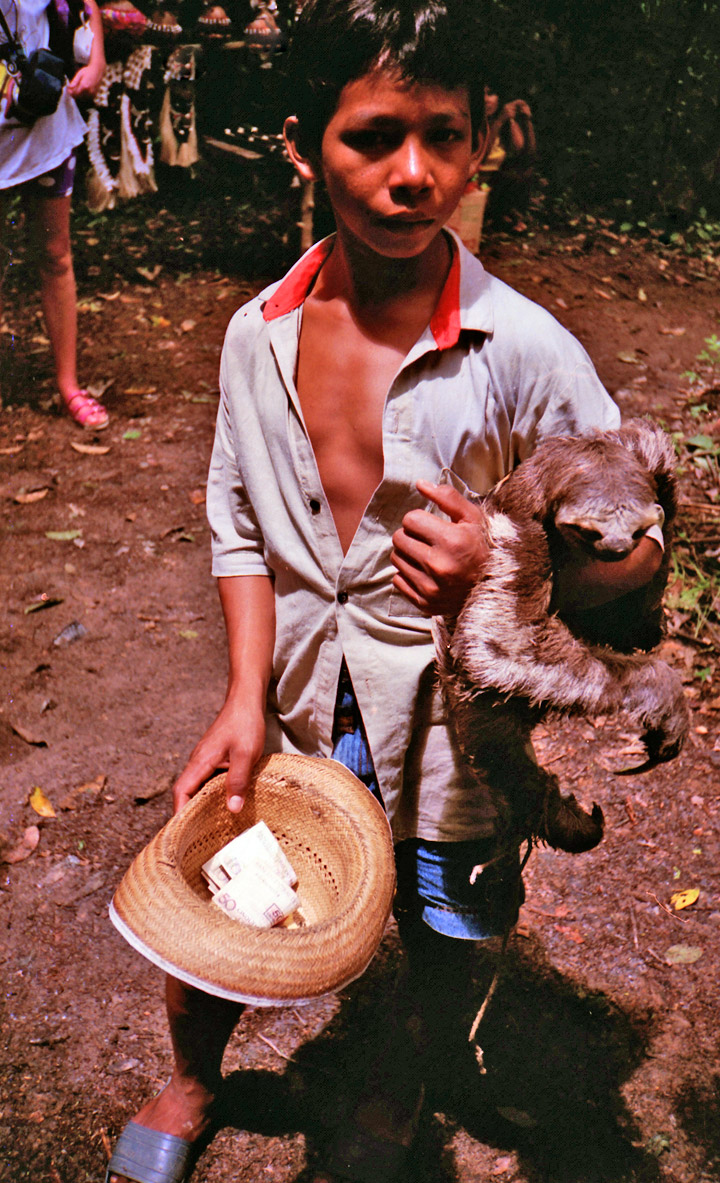 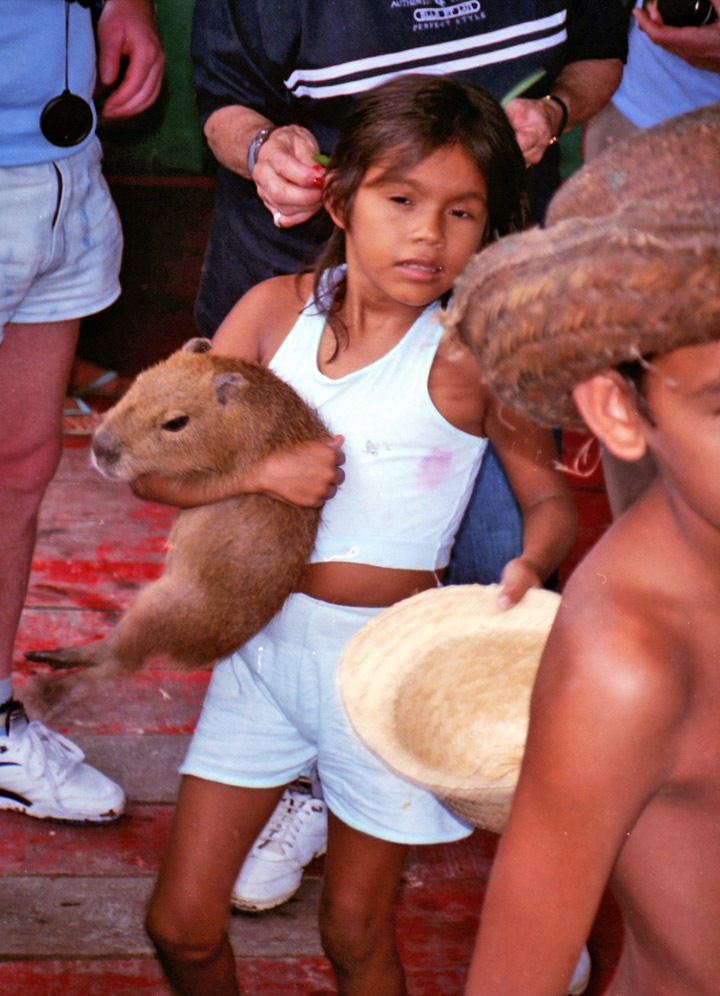 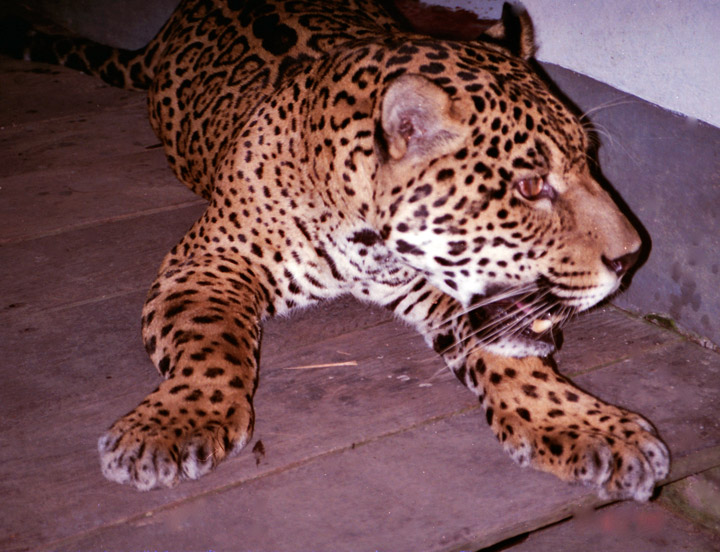 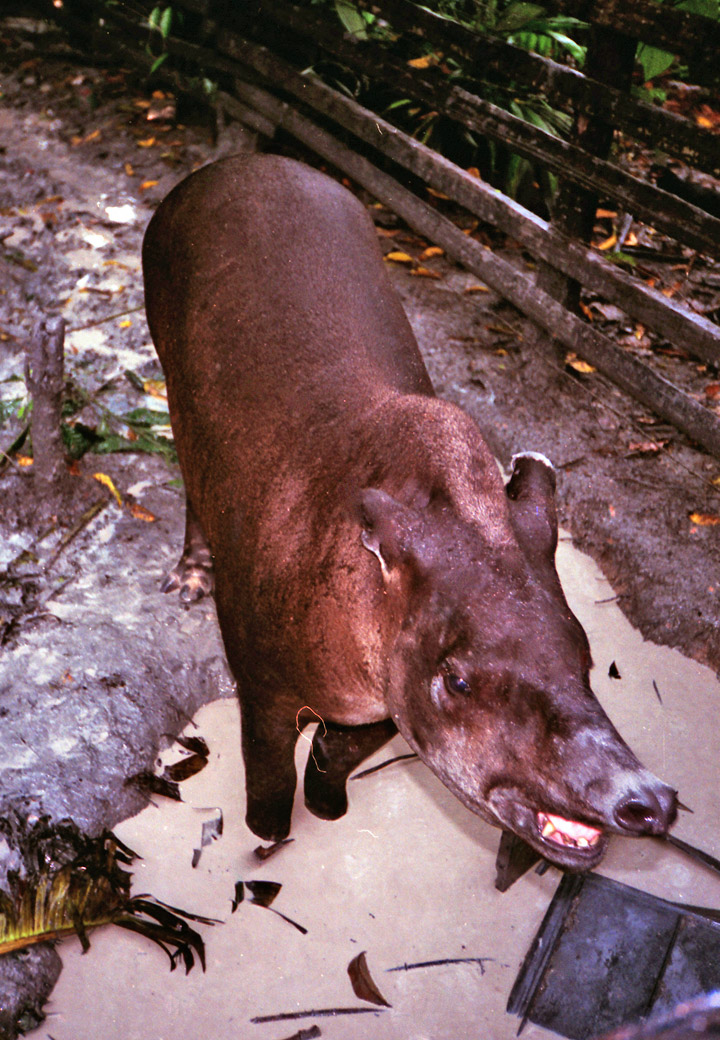 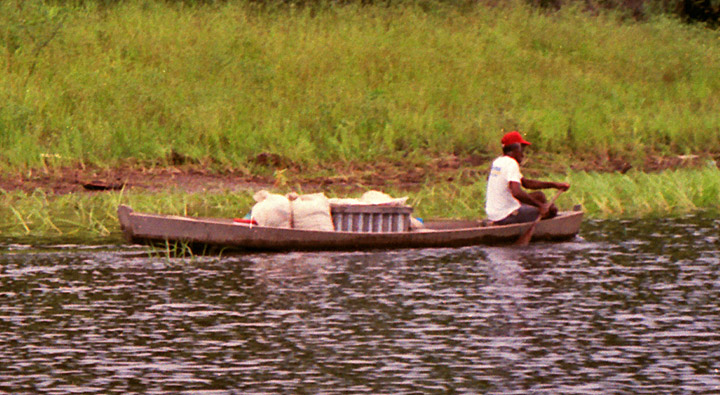 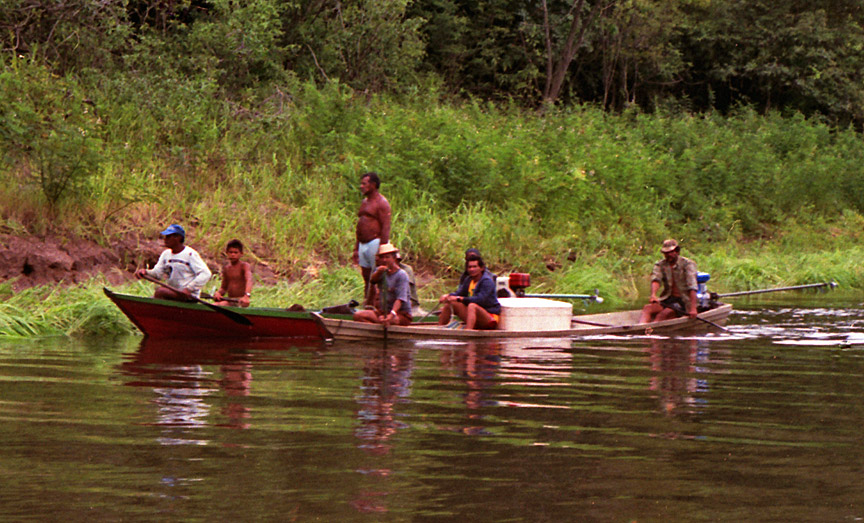 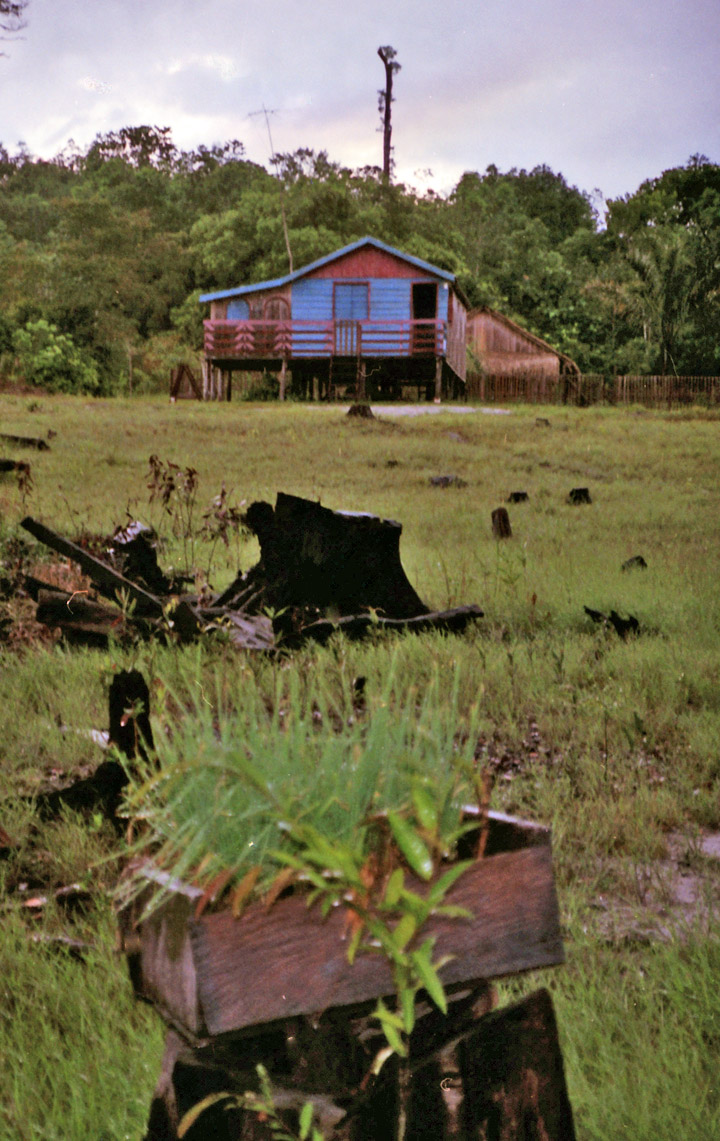 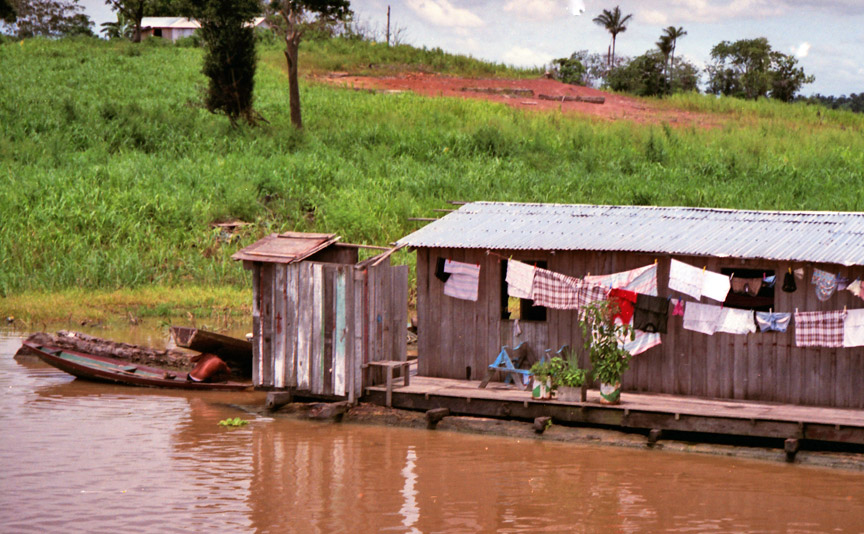 outhouse on the left 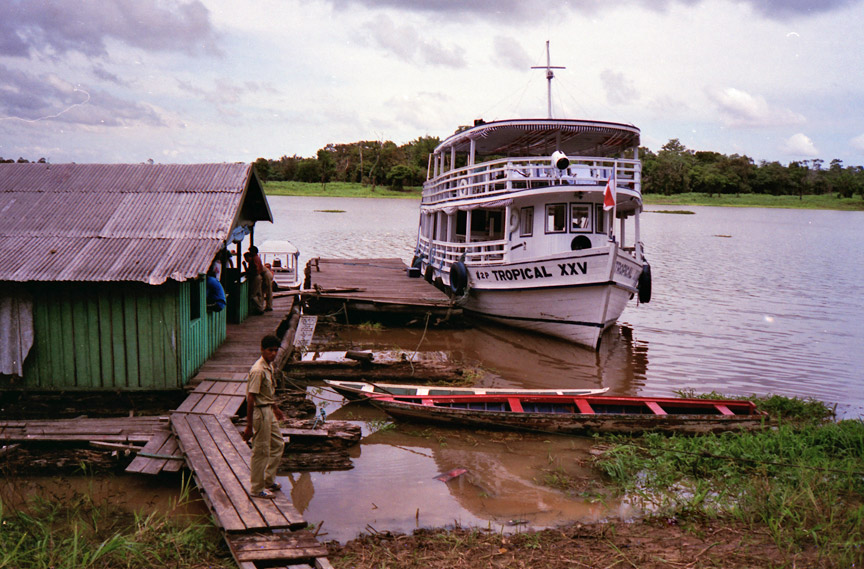 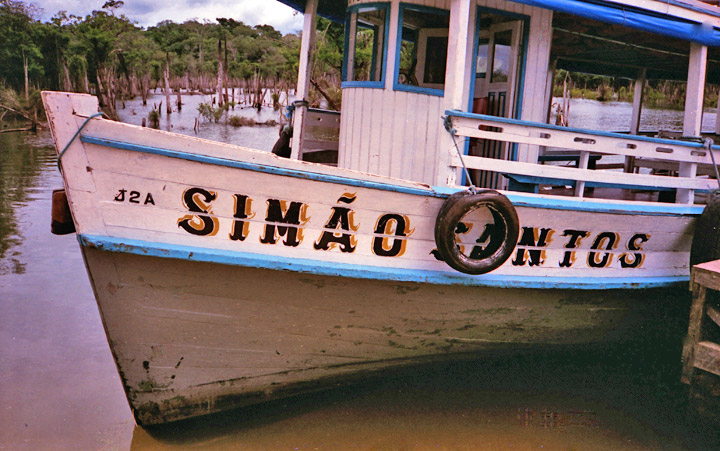 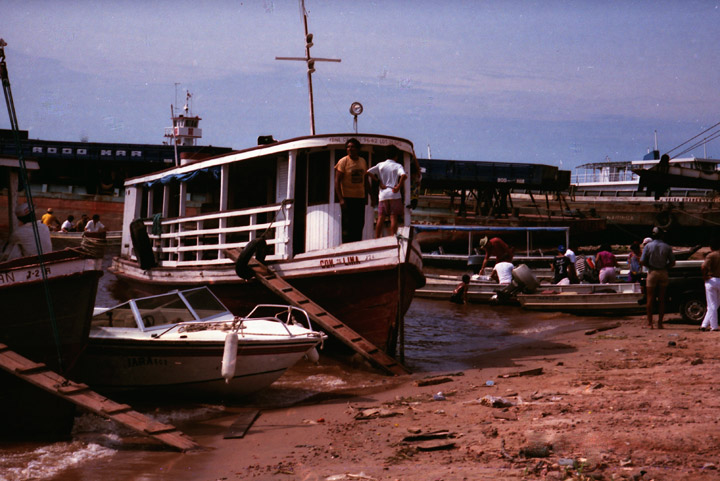