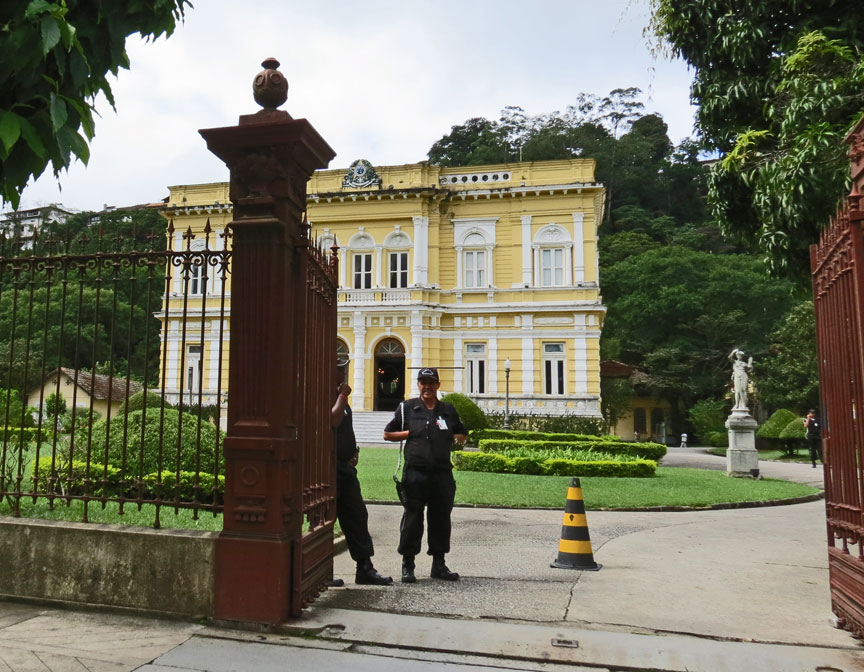 Nestled among the forested hills of the Serra dos Órgãos, in the valley of the Quitandinha and Piabanha rivers, Petrópolis is a popular summer holiday spot. Besides the climate and surroundings, the main attraction is the former Summer Palace of the second Brazilian Emperor, which is now the Imperial Museum, specializing in Imperial history and memorabilia. 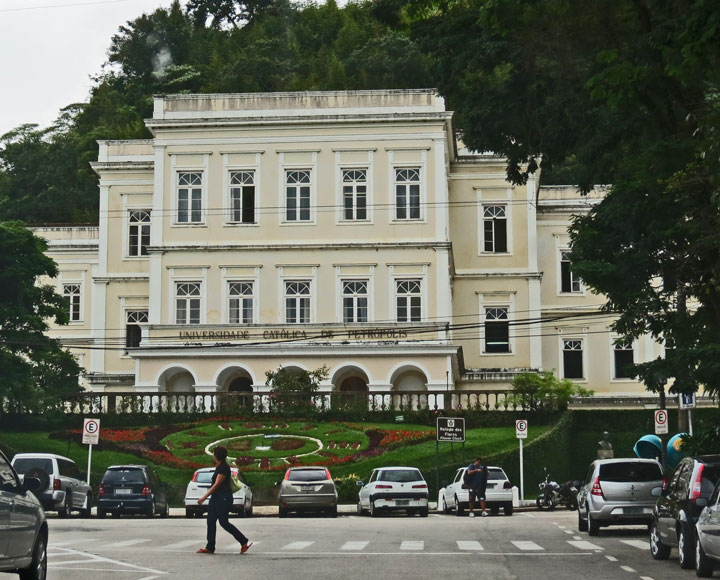 Petrópolis is home to the National Laboratory for Scientific Computing (LNCC), a research unit of the Ministry of Science and Technology of the Brazilian Federal Government. 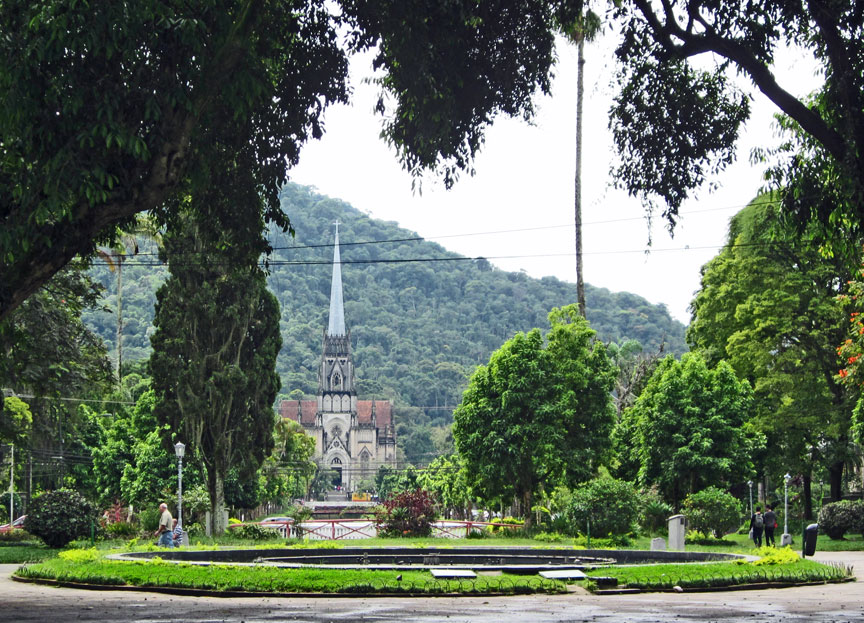 Cathedral of Saint Peter of Alcântara

The town's name ("city of Peter") honors Emperor Pedro II, the nation's second monarch and son of Pedro I. The city was the summer residence of the Brazilian Emperors and aristocrats in the 19th century, and was the official capital of the state of Rio de Janeiro between 1894 and 1903. 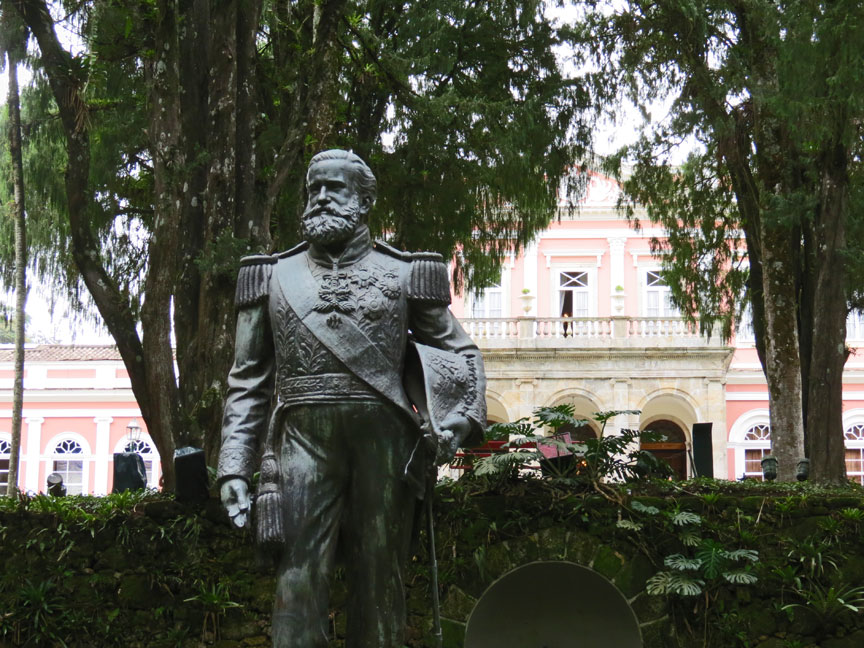 Emperor Pedro II
in front of the Royal Residence

The town's origins can be traced to Bernardo Soares de Proença, who in 1720 opened an alternative route between Rio de Janeiro and Minas Gerais, across the Serra da Estrela. While traveling to Minas Gerais along this route, Emperor Pedro I found the region's climate pleasant, while staying in the farm of Correia, a catholic priest. As the priest's sister and heiress refused selling his property, the Emperor bought the neighboring one, the Corrego Seco Farm. Thus, in 1830 he bought the farm, and had his Summer Palace built there, but he never saw it finished, because he stepped down from the throne, on April 7, 1831. Other Brazilian aristocrats eventually followed suit. Pedro's Palace is nowadays the Imperial Museum, one of the main attractions of the 'alpine city' of Petrópolis, together with the Cathedral of Saint Peter of Alcântara, the Crystal Palace and the House of Santos-Dumont. The 'Imperial City' became in due time home to artists, intellectuals and celebrities, and by the twentieth century, one of the main tourist attractions in the country. 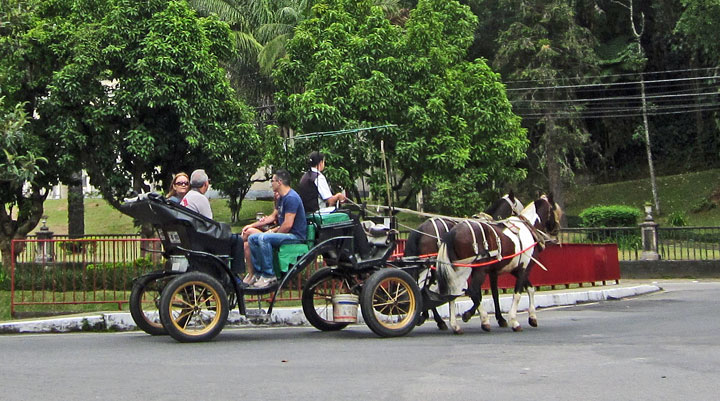 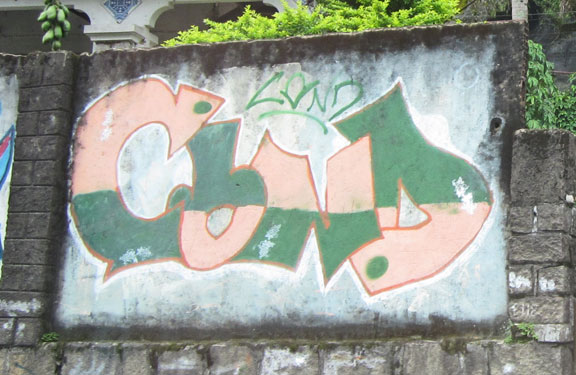 German farmers from the Rhineland were encouraged to immigrate and to settle on the Emperor's outlying lands, to help give the Palace a charming urban setting. The settlement of Petrópolis was founded on March 16, 1843, being promoted to district in 1844 and finally city in 1857. The road connecting the city to Rio de Janeiro was opened in 1910 and paved in 1928. The urban design was carried out by Major-Engineer Julius Friedrich Koeler. 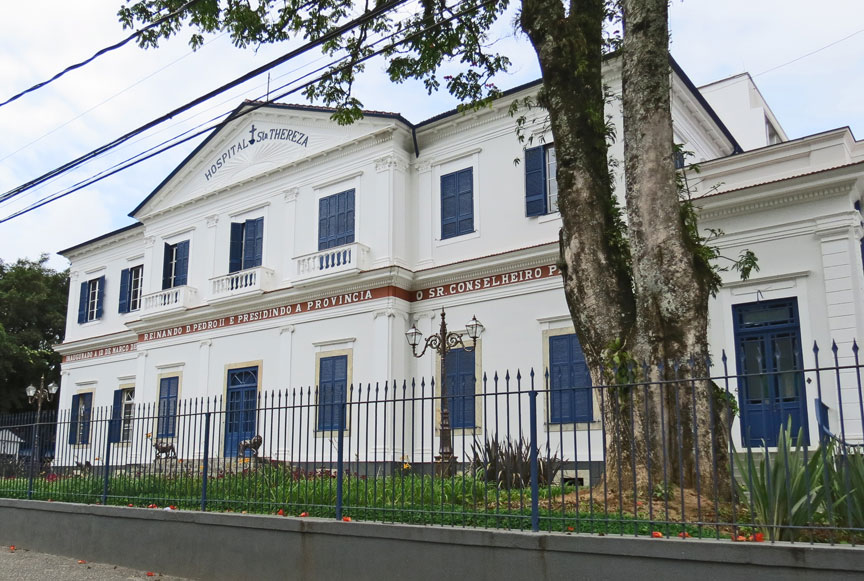 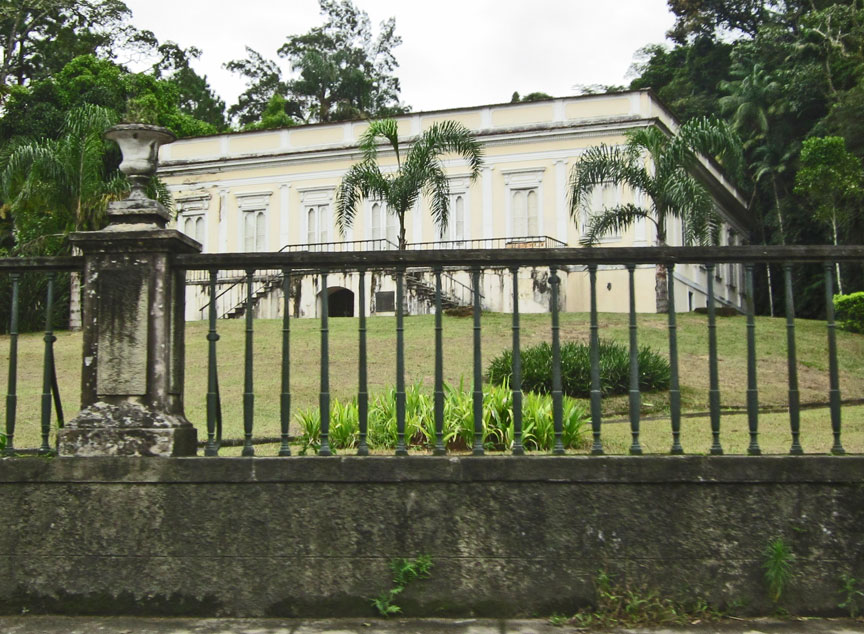 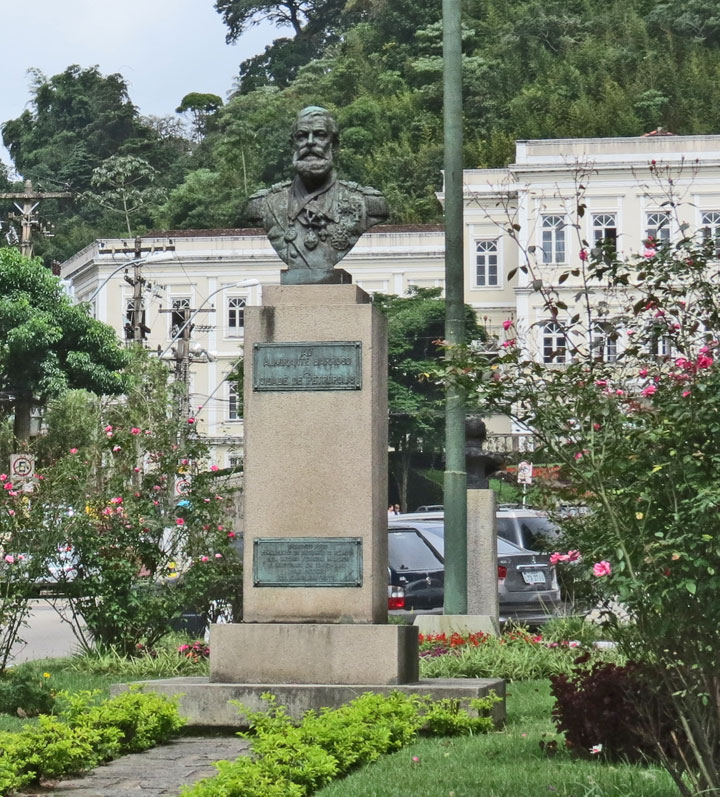 On a visit to the Philadelphia Exposition of 1876, Pedro II was impressed by Alexander Graham Bell's new invention, the telephone, and had a line connecting his Summer Palace to his farm headquarters. 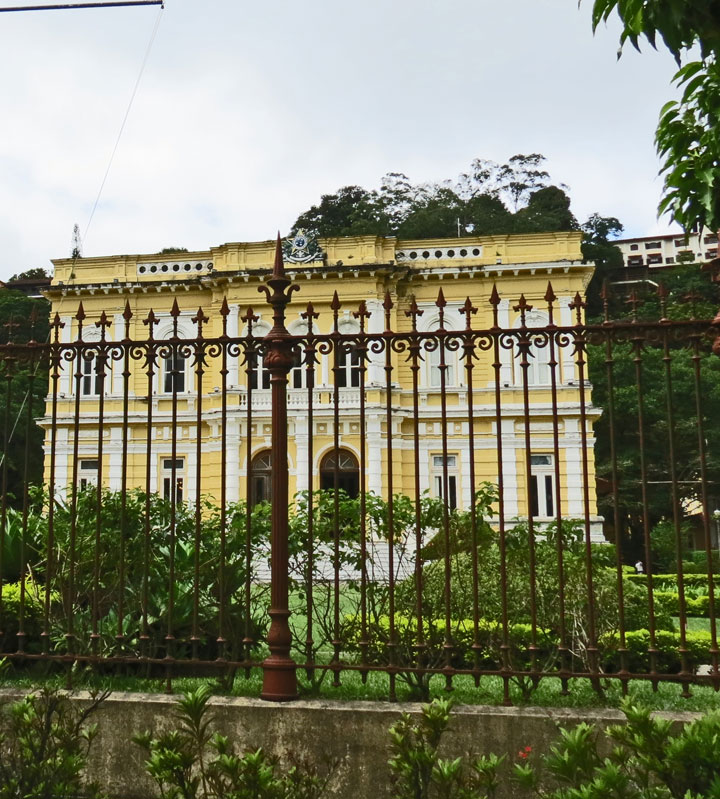 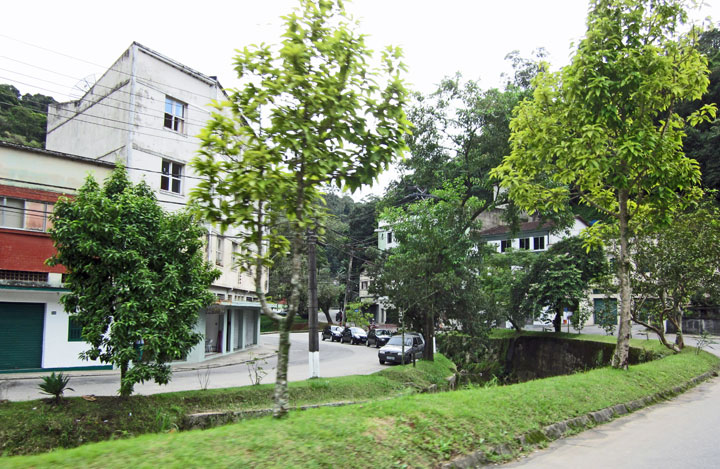 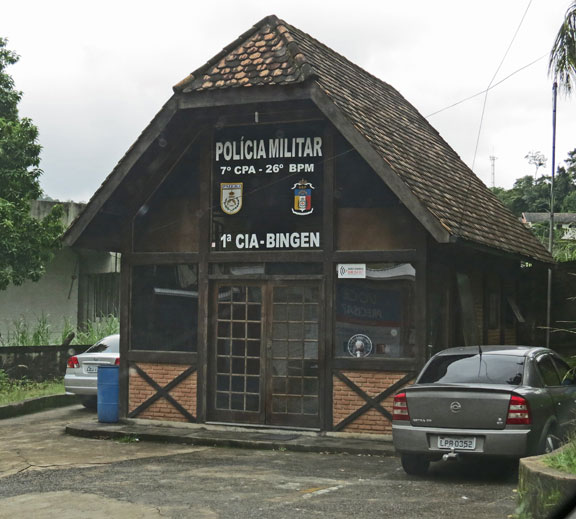 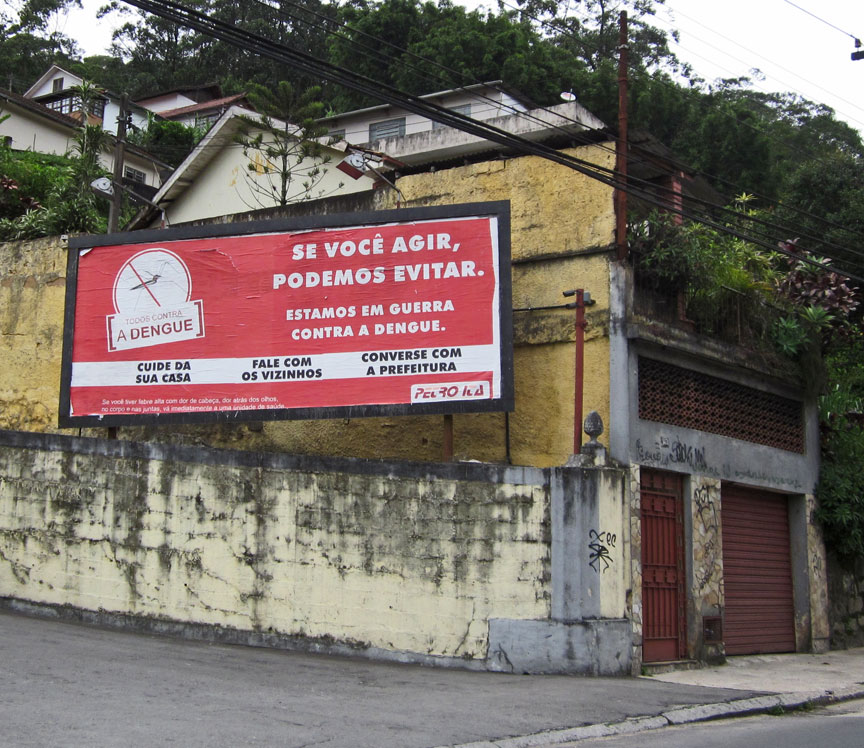 Even after the establishment of the Republic and the exile of the Imperial family in 1889, the city continued to play a significant role in Brazilian history. Curiously, it was a frequent choice as summer residence for presidents of the republic, who lodged at the Palace of Rio Negro. In 1903 the Palace of Rio Negro saw the signing of a peace treaty with Bolivia, which gave Brazil the Acre territory. On August 15, 1947, the Organization of American States opened there the Conference for the Maintenance of Peace and Security in the Continent, from which derived the Interamerican Treaty for Reciprocal Assistance.

The Palácio Quitandinha is a monumental luxurious hotel in Petrópolis, State of Rio de Janeiro, Brazil. It is probably the second most famous hotel of the country, after the Copacabana Palace Hotel in the city of Rio de Janeiro which is only about 65 km from Petrópolis.

Constructed in 1944 by the Brazilian entrepreneur Joaquim Rolla, the Palácio Quitandinha is one of the most impressive architectural monuments in Petrópolis. It was built in the Norman-French style (outside) and the Rococo style (inside), as the former is very much present in the architecture of Petrópolis due to West European colonization. The surface area of the hotel is 50 thousand square meters and has six floors, and the ground floor is 10 meters high. It has 440 rooms plus 13 suites. When it was opened, the Palácio Quitandinha, was as the "Cassino Hotel Quitandinha", the largest hotel casino in Latin America for a mere two years, during the period when gambling was permitted in Brazil, from 1930 until May 30, 1946, when the federal government under President Eurico Gaspar Dutra had outlawed all types of gambling from casinos to games of chance in Brazil, by his Presidential decree. 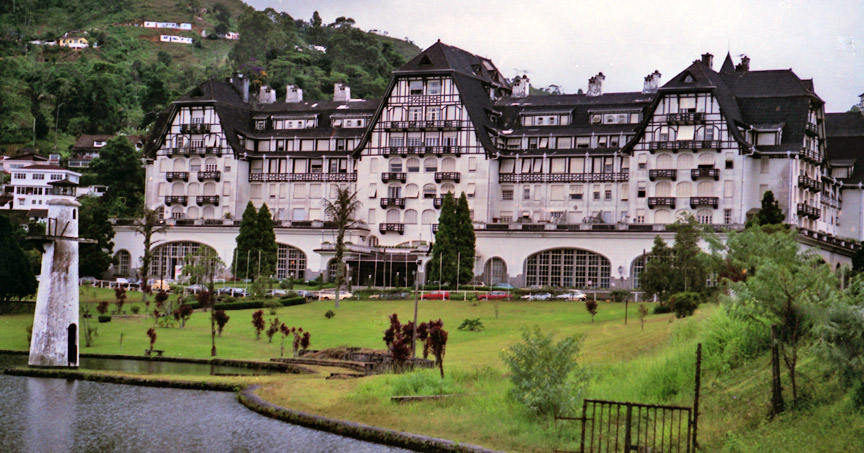 This caused a severe financial crisis for the hotel and being unable to survive solely as a hotel, its apartments were gradually sold out. The hotel was reinvented as "convention center hotel" in 1989 and is used for many important conferences to this day. The imposing façade and the scenic surrounding of the hotel makes it an important tourist attraction itself. The Palácio Quitandinha is unique, that it is simultaneously a hotel, a convention center, and a museum. 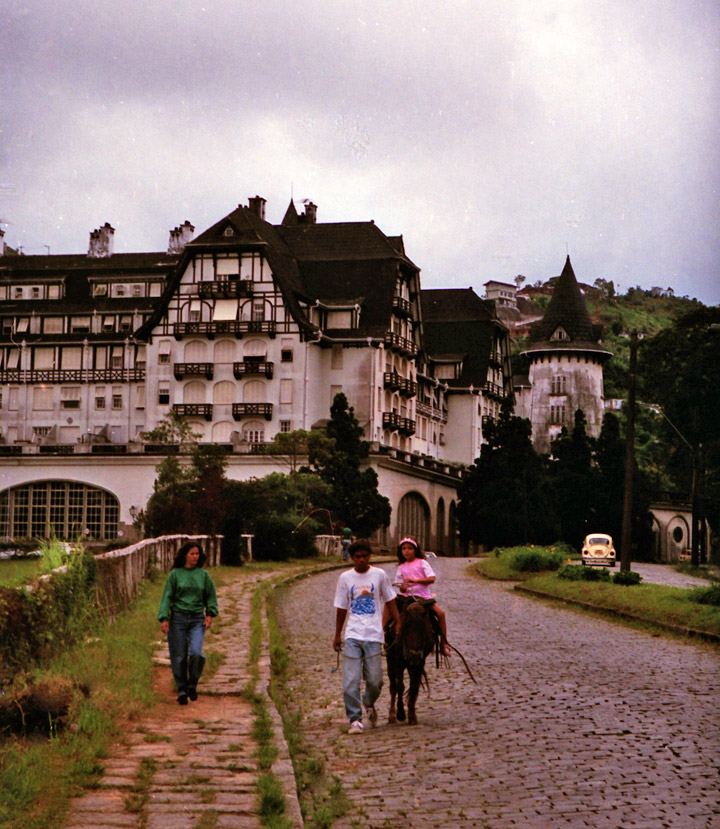 The scenic artificial lake in front of the hotel, is in the shape of Brazil, and was built as the only viable support in the event of an unexpected fire.