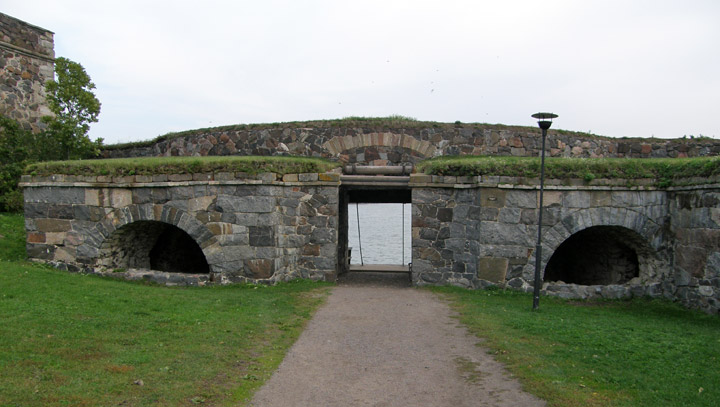 Built in the second half of the 18th century by Sweden on a group of islands located at the entrance of Helsinki's harbor, Suomenlinna fortress is an especially interesting example of European military architecture of the time. 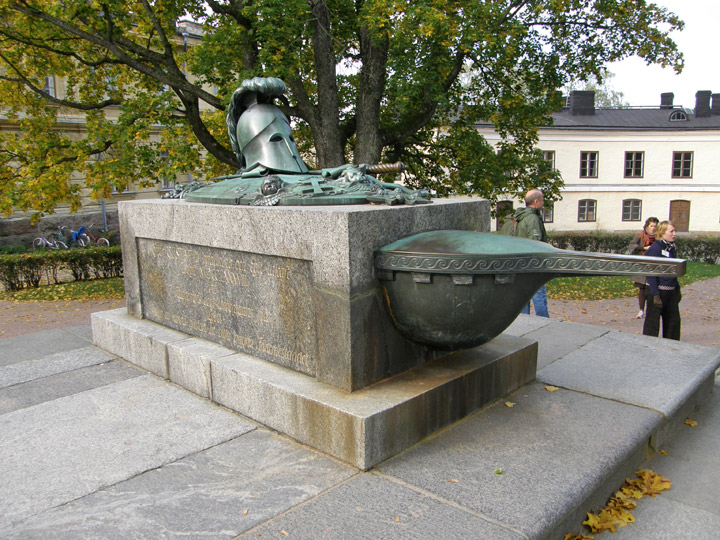 Suomenlinna Museum tells the eventful history of the island fortress from the 18th century to the present day. Visitors to the museum can experience the rugged life of the fortress builders as well as the flourishing social life and entertainments of the officers of Viapori (another name for Suomenlinna which derives from its Swedish name Sveaborg). 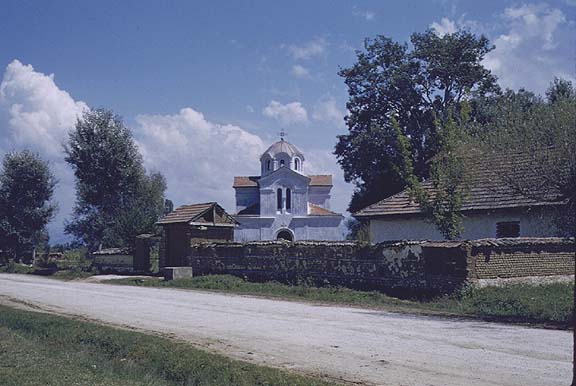 Located on the shores of Lake Ohrid (inscribed as a natural World Heritage property since 1979), the town of Ohrid is one of the oldest human settlements in Europe. Built mostly between the 7th and the 19th century, it has the most ancient Slav monastery (St Pantelejmon) and more than 800 icons of Byzantine style, painted between the 11th and the end of the 14th century, which are considered to be, after those of the Tretiakov Gallery in Moscow, the most important collection in the world. 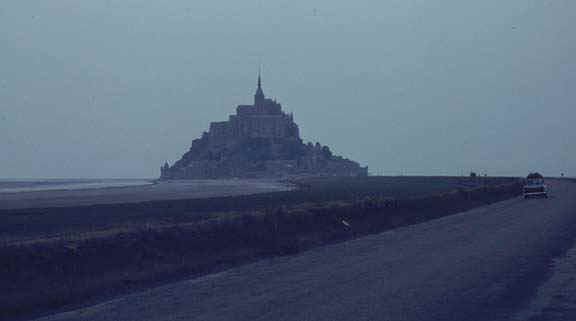 Perched on a rocky islet in the midst of vast sandbanks exposed to powerful tides between Normandy and Brittany stand the 'Wonder of the West', a Gothic-style Benedictine abbey dedicated to the archangel St Michael, and the village that grew up in the shadow of its great walls. Built between the 11th and 16th centuries, the abbey is a technical and artistic tour de force, having had to adapt to the problems posed by this unique natural site. 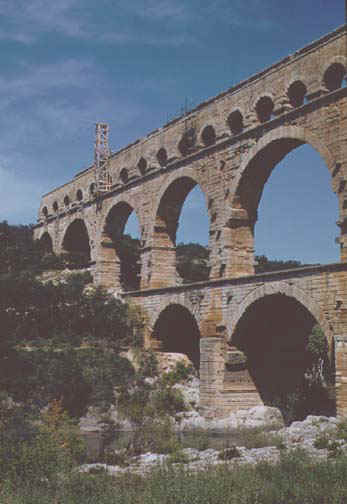 The Pont du Gard was built shortly before the Christian era to allow the aqueduct of Nîmes (which is almost 50 km long) to cross the Gard river. The Roman architects and hydraulic engineers who designed this bridge, which stands almost 50 m high and is on three levels - the longest measuring 275 m - created a technical as well as an artistic masterpiece. 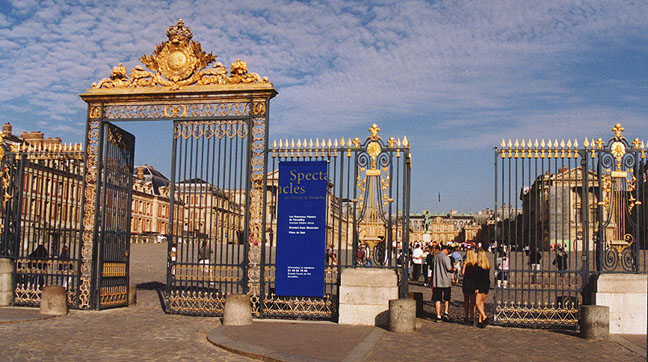 The Palace of Versailles was the principal residence of the French kings from the time of Louis XIV to Louis XVI. Embellished by several generations of architects, sculptors, decorators and landscape architects, it provided Europe with a model of the ideal royal residence for over a century. 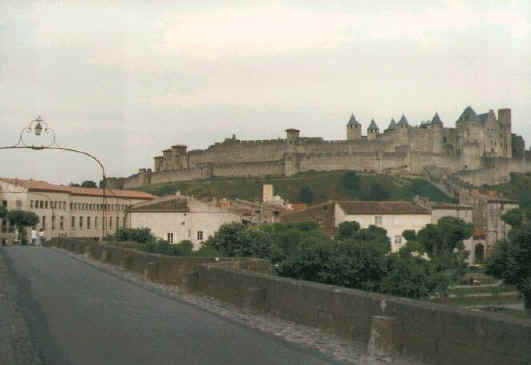 Since the pre-Roman period, a fortified settlement has existed on the hill where Carcassonne now stands. In its present form it is an outstanding example of a medieval fortified town, with its massive defences encircling the castle and the surrounding buildings, its streets and its fine Gothic cathedral. Carcassonne is also of exceptional importance because of the lengthy restoration campaign undertaken by Viollet-le-Duc, one of the founders of the modern science of conservation. 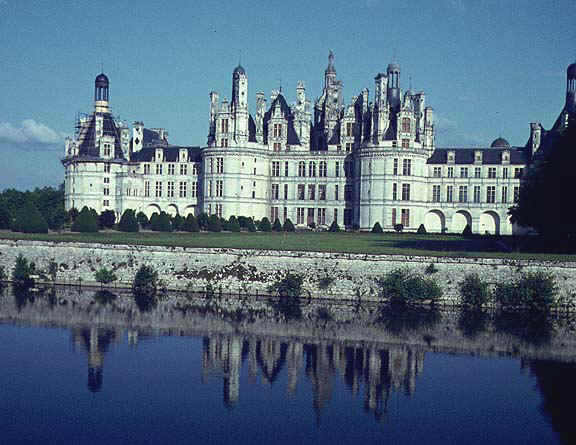 The Loire Valley is an outstanding cultural landscape of great beauty, containing historic towns and villages, great architectural monuments (the châteaux), and cultivated lands formed by many centuries of interaction between their population and the physical environment, primarily the river Loire itself. The site includes the Château and Estate of Chambord, which was inscribed on the World Heritage List in 1981. 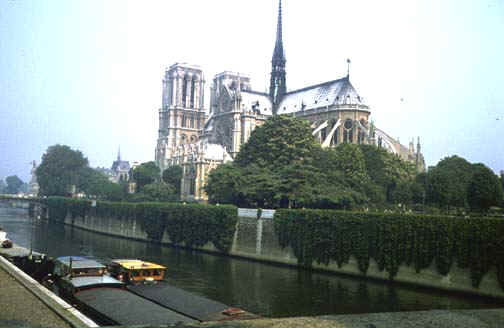 From the Louvre to the Eiffel Tower or the Place de la Concorde to the Grand and Petit Palais, the evolution of Paris and its history can be seen from the river. The Cathedral of Notre Dame and the Sainte Chapelle are architectural masterpieces while Haussmann's wide squares and avenues influenced late 19th and 20th-century urbanism the world over. 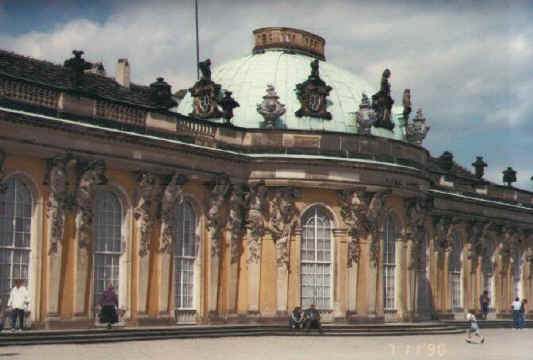 With 500 hectares of parks and 150 buildings constructed between 1730 and 1916, the complex of palaces and parks of Potsdam form an artistic whole, whose eclectic nature reinforces its sense of uniqueness. It extends into the district of Berlin-Zehlendorf, with the palaces and parks which line the banks of the Havel and the Glienicke Lakes. Voltaire stayed in the Sans-Souci Palace, built under Frederick II between 1745 and 1757. 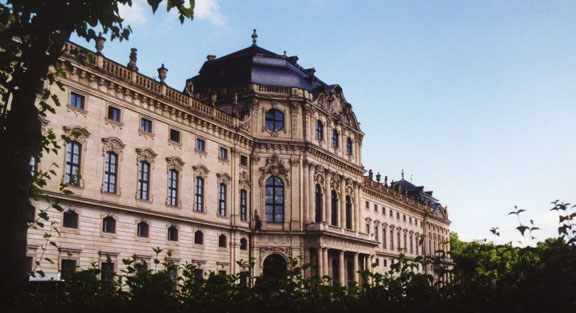 This magnificent Baroque palace - one of the largest and most beautiful in Germany and surrounded by wonderful gardens - was created under the patronage of the prince-bishops Lothar Franz and Friedrich Carl von Schönborn. It was built and decorated in the 18th century by an international team of architects, painters (including Tiepolo), sculptors and stucco-workers, led by Balthasar Neumann. 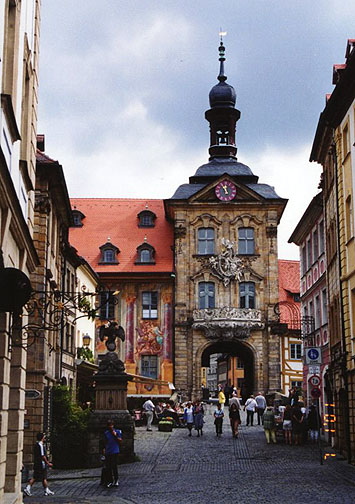 the City Hall
(from the cathedral side)

From the 10th century onwards, this town became an important link with the Slav peoples, especially those of Poland and Pomerania. During its period of greatest prosperity, from the 12th century onwards, the architecture of Bamberg strongly influenced northern Germany and Hungary. In the late 18th century it was the centre of the Enlightenment in southern Germany, with eminent philosophers and writers such as Hegel and Hoffmann living there. 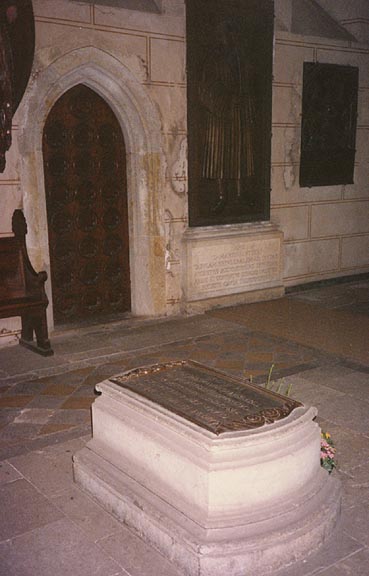 These places in Saxony-Anhalt are all associated with the lives of Martin Luther and his fellow-reformer Melanchthon. They include Melanchthon's house in Wittenberg, the houses in Eisleben where Luther was born in 1483 and died in 1546, his room in Wittenberg, the local church and the castle church where, on 31 October 1517, Luther posted his famous '95 Theses', which launched the Reformation and a new era in the religious and political history of the Western world. 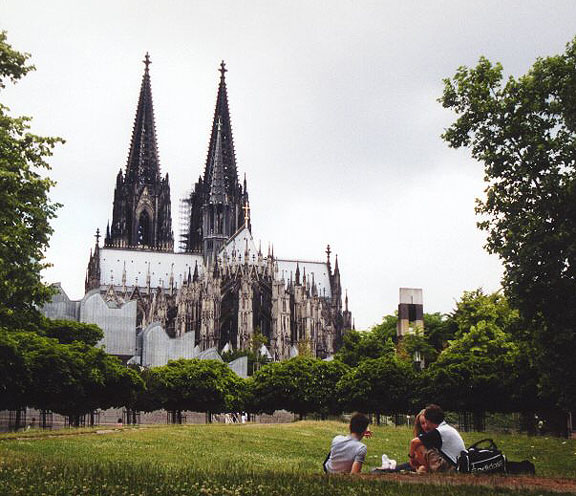 view of the cathedral from the Rhine

Begun in 1248, the construction of this Gothic masterpiece took place in several stages and was not completed until 1880. Over seven centuries, successive builders were inspired by the same faith and a spirit of absolute fidelity to the original plans. Apart from its exceptional intrinsic value and the artistic masterpieces it contains, Cologne Cathedral testifies to the enduring strength of European Christianity.

vineyards along the Rhine

The 65km-stretch of the Middle Rhine Valley, with its castles, historic towns, and vineyards, graphically illustrates the long history of human involvement with a dramatic and varied natural landscape. It is intimately associated with history and legend and for centuries has exercised a powerful influence on writers, artists and composers. 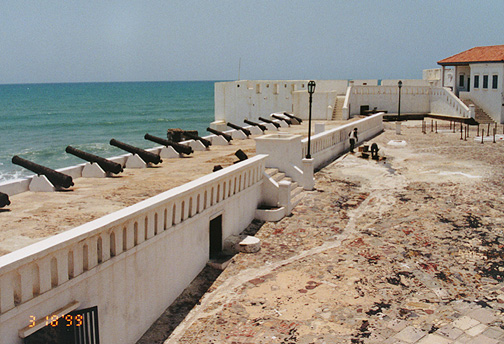 castle used by the British in the slave trade

The remains of fortified trading-posts, erected between 1482 and 1786, can still be seen along the coast of Ghana between Keta and Beyin. They were links in the trade routes established by the Portuguese in many areas of the world during their era of great maritime exploration.