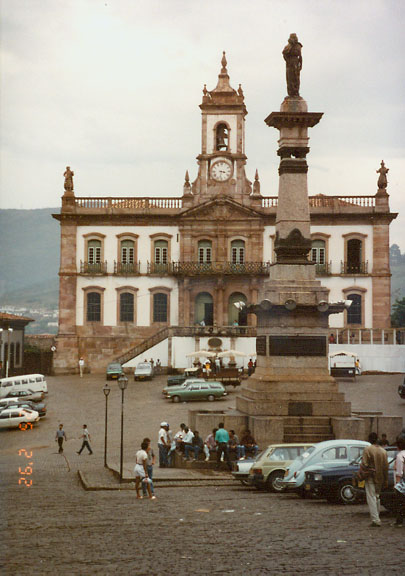 Founded at the end of the 17th century, Ouro Preto (Black Gold) was the focal point of the gold rush and Brazil's golden age in the 18th century. With the exhaustion of the gold mines in the 19th century, the city's influence declined but many churches, bridges and fountains remain as a testimony to its past prosperity and the exceptional talent of the Baroque sculptor Aleijadinho. 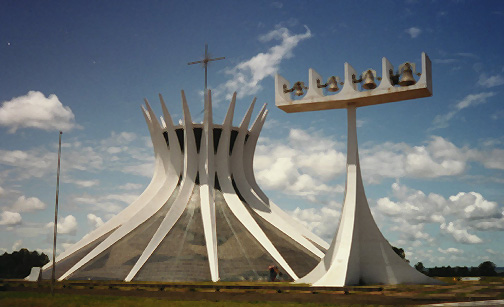 Brasilia, a capital created in the centre of the country in 1956, was a landmark in the history of town planning. Urban planner Lucio Costa and architect Oscar Niemeyer intended that every element - from the layout of the residential and administrative districts (often compared to the shape of a bird in flight) to the symmetry of the buildings themselves - should be in harmony with the city's overall design. The official buildings, in particular, are innovative and imaginative.

Founded in the 16th century by the Portuguese, the town's history is linked to the sugar-cane industry. Rebuilt after being looted by the Dutch, its basic urban fabric dates from the 18th century. The harmonious balance between the buildings, gardens, 20 Baroque churches, convents and numerous small passos (chapels) all contribute to Olinda's particular charm.

As the first capital of Brazil, from 1549 to 1763, Salvador de Bahia witnessed the blending of European, African and Amerindian cultures. It was also, from 1558, the first slave market in the New World, with slaves arriving to work on the sugar plantations. The city has managed to preserve many outstanding Renaissance buildings. A special feature of the old town are the brightly coloured houses, often decorated with fine stucco-work. 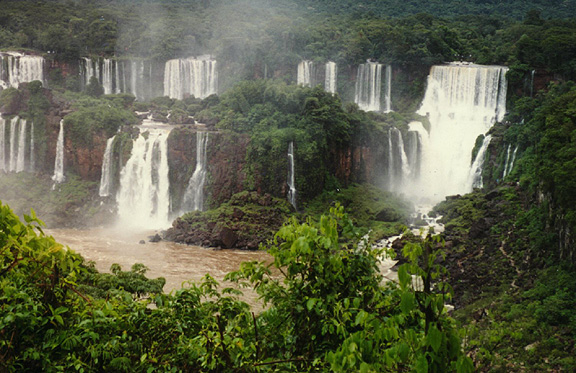 The park shares with Iguazú National Park in Argentina one of the world's largest and most impressive waterfalls, extending over some 2,700 m. It is home to many rare and endangered species of flora and fauna, among them the giant otter and the giant anteater. The clouds of spray produced by the waterfall are conducive to the growth of lush vegetation. 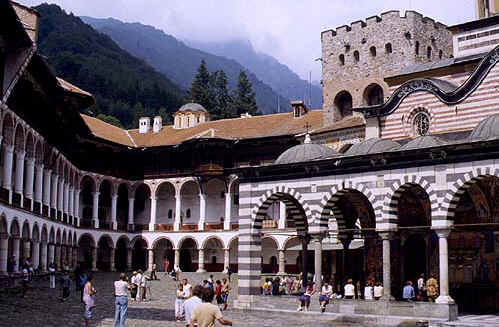 Rila Monastery was founded in the 10th century by St John of Rila, a hermit canonized by the Orthodox Church. His ascetic dwelling and tomb became a holy site and were transformed into a monastic complex which played an important role in the spiritual and social life of medieval Bulgaria. Destroyed by fire at the beginning of the 19th century, the complex was rebuilt between 1834 and 1862. A characteristic example of the Bulgarian Renaissance (18th-19th centuries), the monument symbolizes the awareness of a Slavic cultural identity following centuries of occupation. 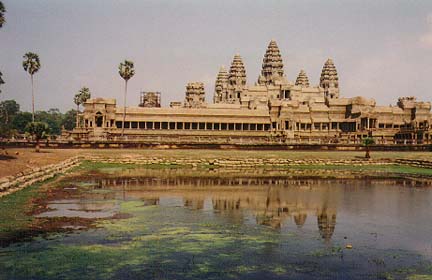 Angkor is one of the most important archaeological sites in South-East Asia. Stretching over some 400 sq. km, including forested area, Angkor Archaeological Park contains the magnificent remains of the different capitals of the Khmer Empire, from the 9th to the 15th century. They include the famous Temple of Angkor Wat and, at Angkor Thom, the Bayon Temple with its countless sculptural decorations. UNESCO has set up a wide- ranging programme to safeguard this symbolic site and its surroundings. 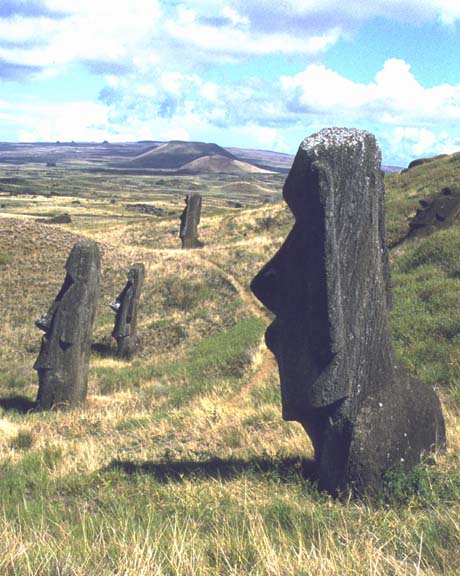 Rapa Nui, the indigenous name of Easter Island, bears witness to a unique cultural phenomenon. A society of Polynesian origin that settled there c. A.D. 300 established a powerful, imaginative, original tradition of monumental sculpture and architecture, free from any external influence. From the 10th to the 16th century this society built shrines and erected enormous stone figures known as moai, which created an unrivalled cultural landscape that continues to fascinate people throughout the world. 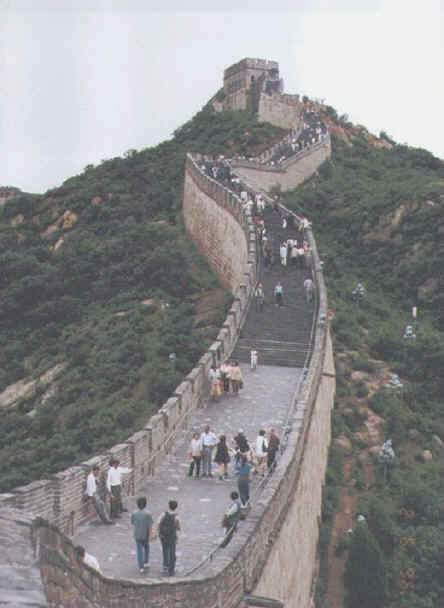 In about 220 B.C., under Qin Shin Huang, sections of fortifications which had been built earlier were joined together to form a united defence system against invasions from the north. Construction continued up to the Ming dynasty (1368-1644), when the Great Wall became the world's largest military structure. Its historic and strategic importance is matched only by its architectural value. 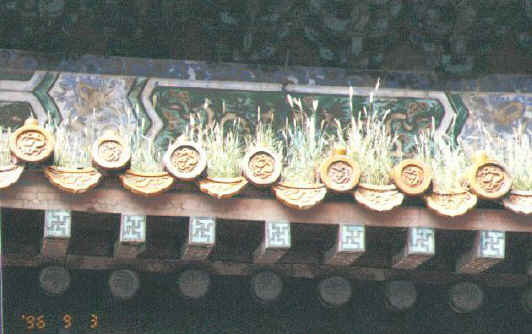 Seat of supreme power for over five centuries, the Forbidden City, with its landscaped gardens and many buildings (whose nearly 10,000 rooms contain furniture and works of art), constitutes a priceless testimony to Chinese civilization during the Ming and Qing dynasties. 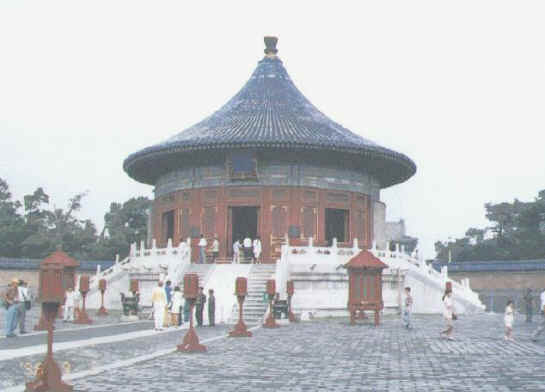 The Temple of Heaven, founded in the first half of the 15th century, is a dignified complex of fine cult buildings set in gardens and surrounded by historic pine woods. In its overall layout and that of its individual buildings, it symbolizes the relationship between earth and heaven - the human world and God's world - which stands at the heart of Chinese cosmogony, and also the special role played by the emperors within that relationship. 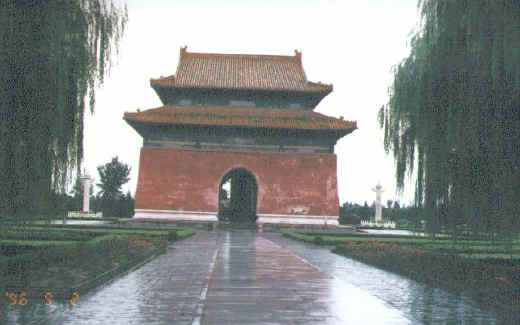 The Ming and Qing imperial tombs are natural sites modified by human influence, carefully chosen according to the principles of geomancy (Fengshui) to house numerous buildings of traditional architectural design and decoration. They illustrate the continuity over five centuries of a world view and concept of power specific to feudal China. 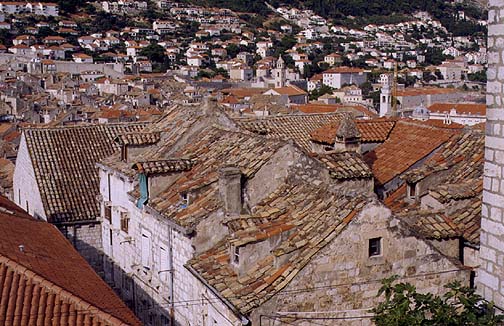 The 'Pearl of the Adriatic', situated on the Dalmatian coast, became an important Mediterranean sea power from the 13th century onwards. Although severely damaged by an earthquake in 1667, Dubrovnik managed to preserve its beautiful Gothic, Renaissance and Baroque churches, monasteries, palaces and fountains. Damaged again in the 1990s by armed conflict, it is now the focus of a major restoration programme coordinated by UNESCO. 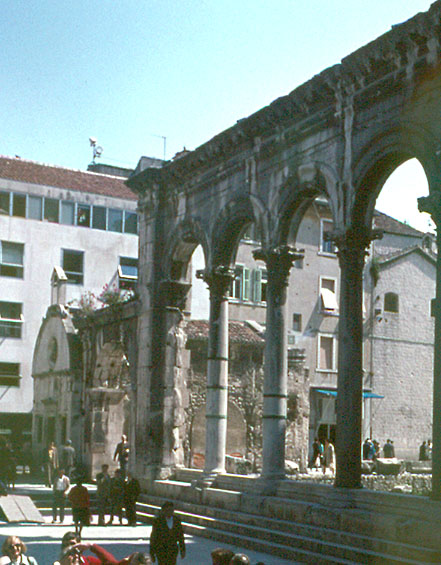 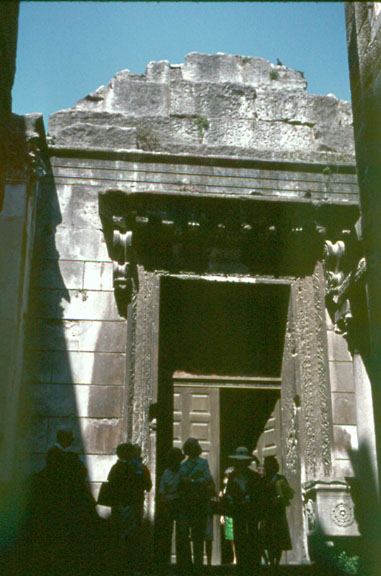 The ruins of Diocletian's Palace, built between the late 3rd and the early 4th centuries A.D., can be found throughout the city. The cathedral was built in the Middle Ages, reusing materials from the ancient mausoleum. Twelfth- and 13th-century Romanesque churches, medieval fortifications, 15th-century Gothic palaces and other palaces in Renaissance and Baroque style make up the rest of the protected area. 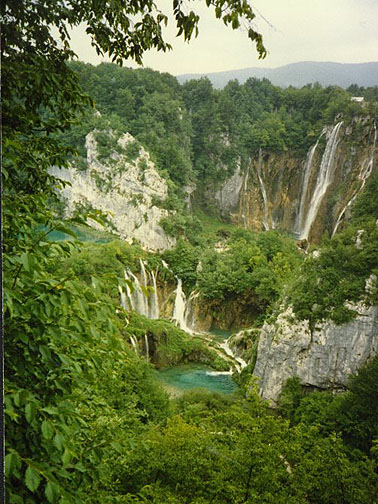 The waters which have flowed across the limestone and chalk have, over thousands of years, deposited travertine barriers, creating natural dams which in turn have created a series of beautiful lakes, caves and waterfalls. These geological processes continue today. The forests of the park are a refuge for bears, wolves and many rare bird species.