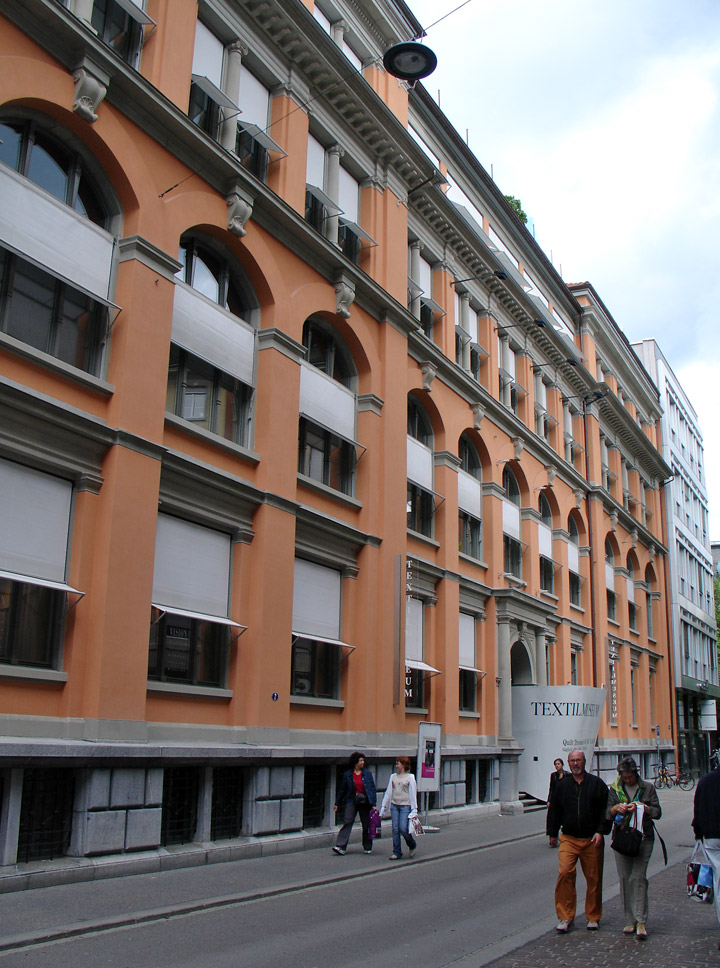 In the 15th century St. Gallen became successful in producing textiles. In 1714 the climax was reached with a yearly production of 38,000 pieces of cloth. The first depression happened in the middle of the 18th century caused by strong foreign competition and starting cotton production. But St. Gallen was able to catch up and an even more glamorous era arrived. 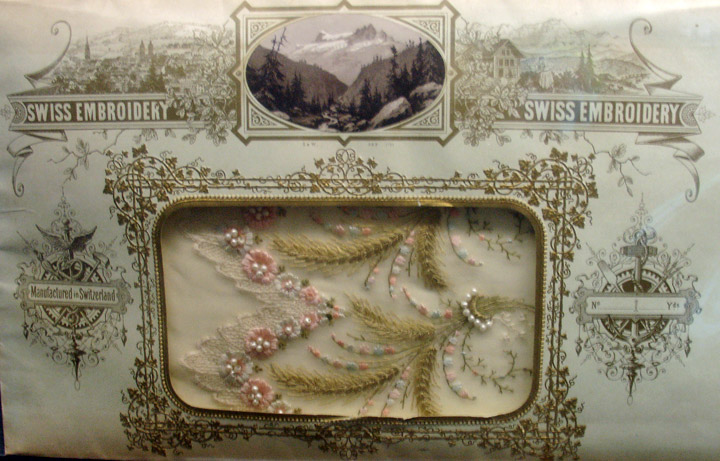 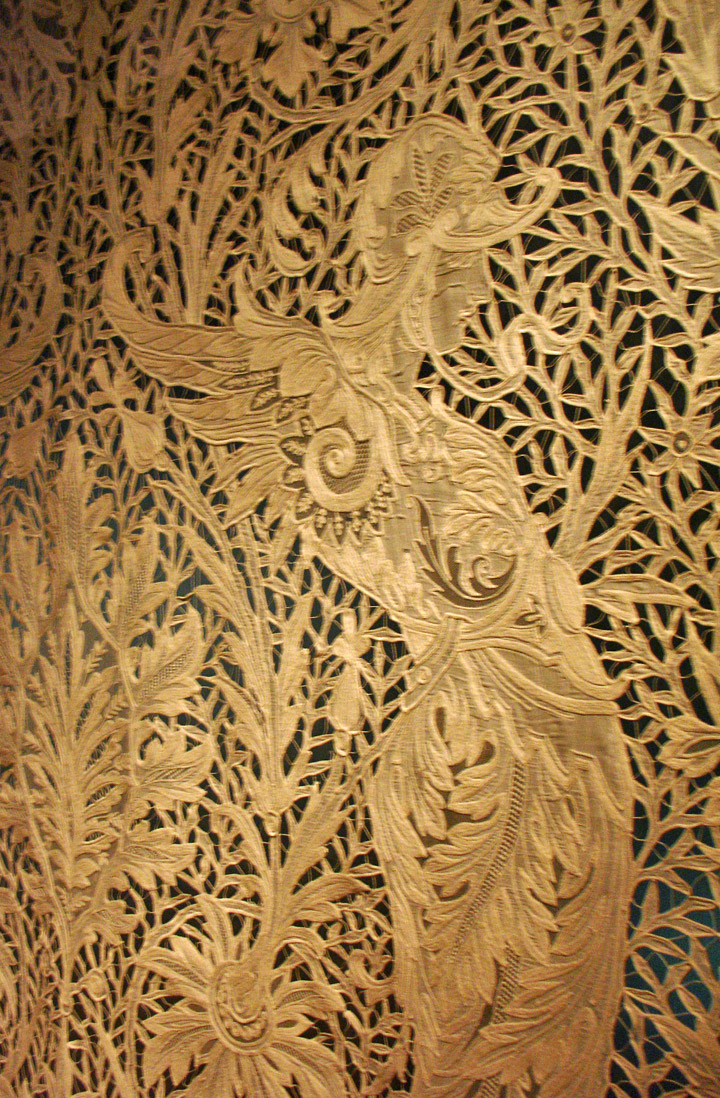 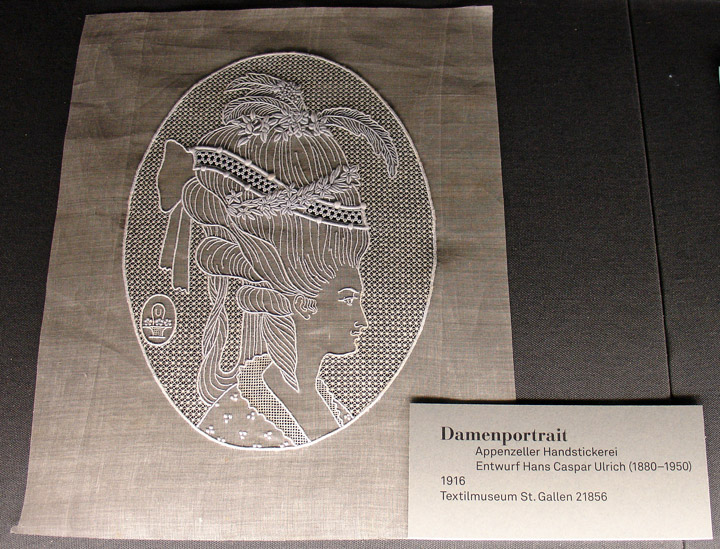 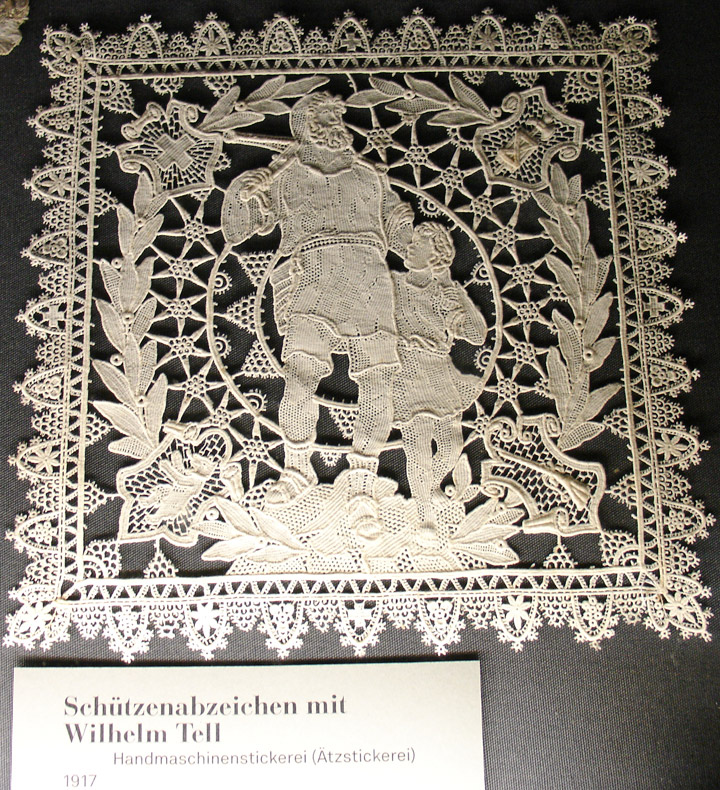 At the beginning of the 19th century, the first embroidery machines were developed in St. Gallen. In 1910 the embroidery production was the largest export branch (18 percent of the total export value) in Switzerland and more than 50 percent of the global production originated in St. Gallen. One fifth of the population in the eastern part of Switzerland lived from the textile industry. World War I and the Great Depression thereafter let the St. Gallen embroidery fall into a second large crisis. Only in the 1950s a slight recovery started in the textile industry. Nowadays, only a small textile industry can survive in St. Gallen because of high specialization and the production of powerful embroidery machines. St. Gallen embroideries (e.g. by Akris) are still in high demand by the creators of Paris Haute Couture. 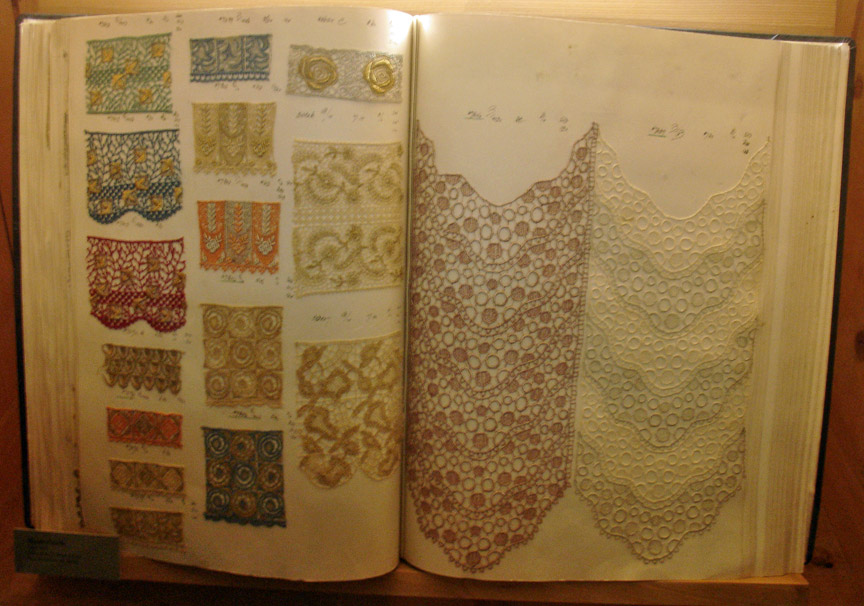 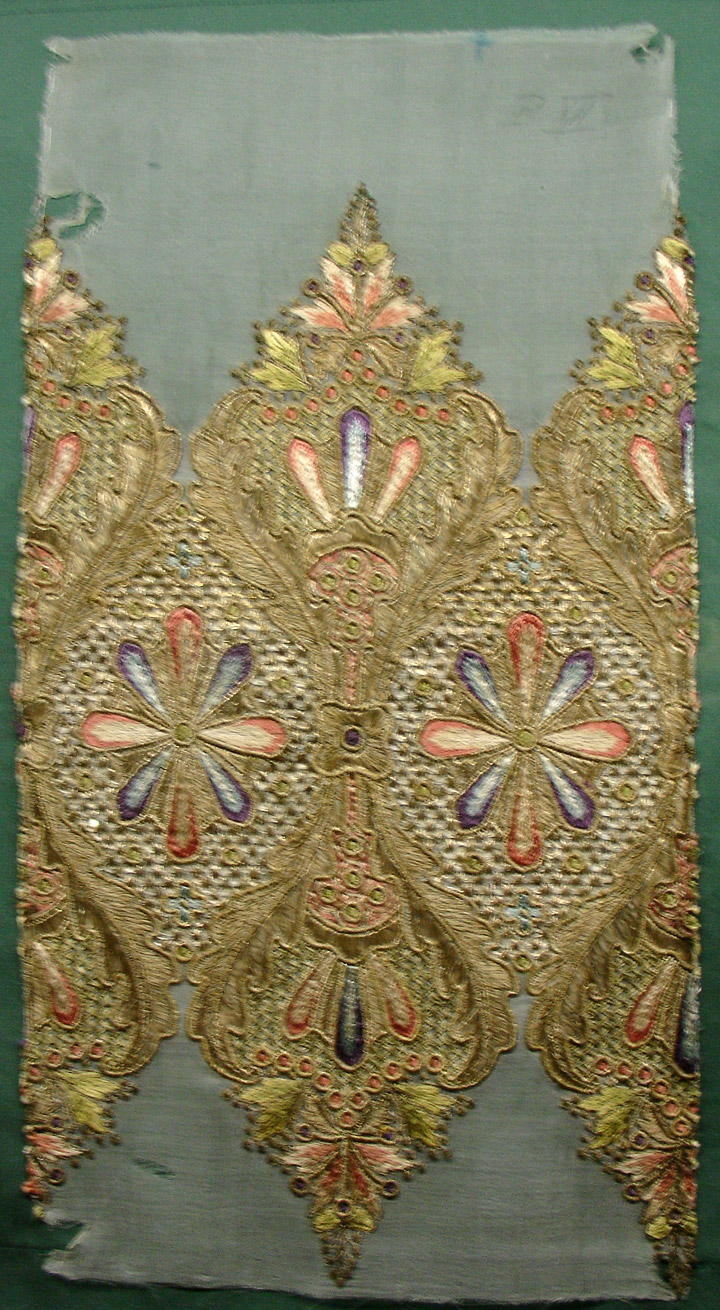 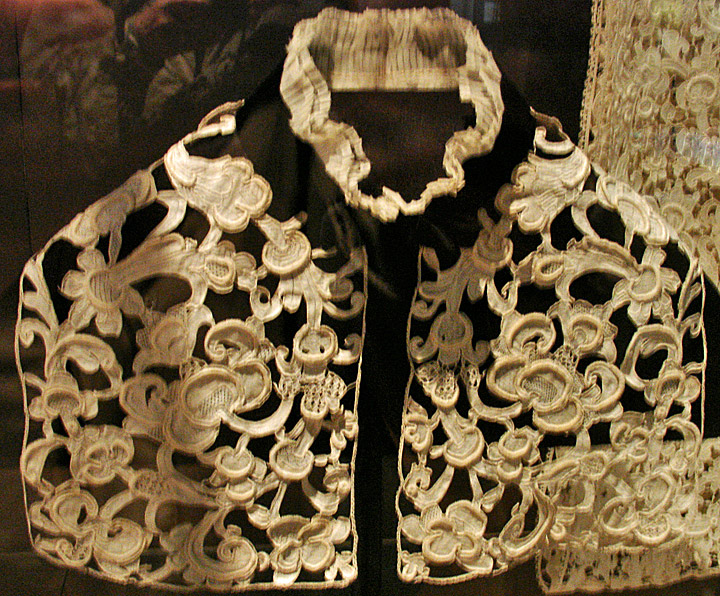 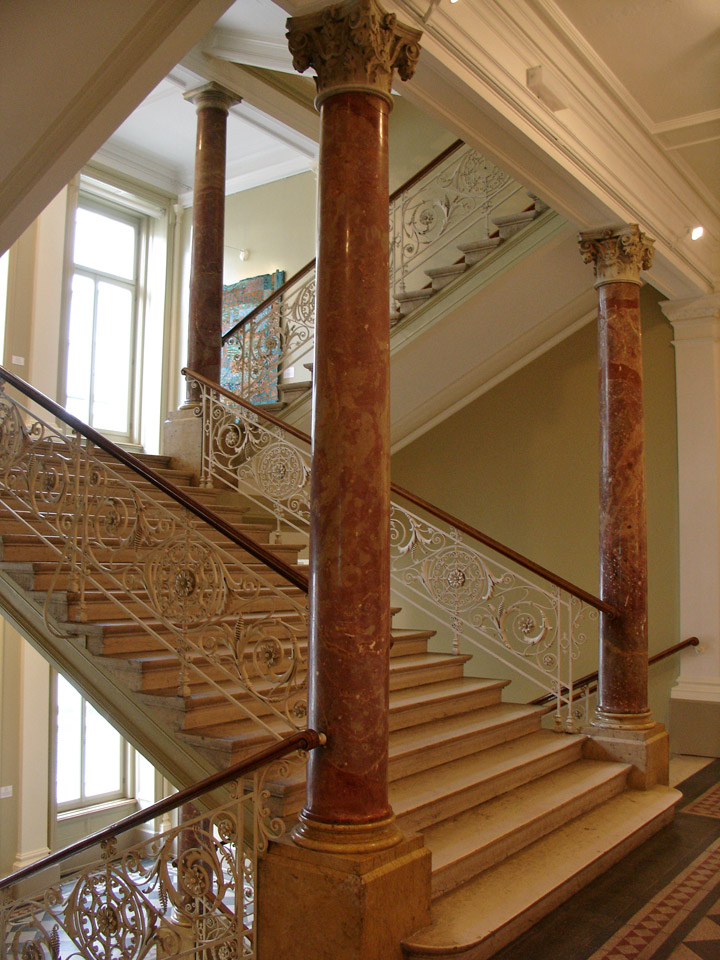 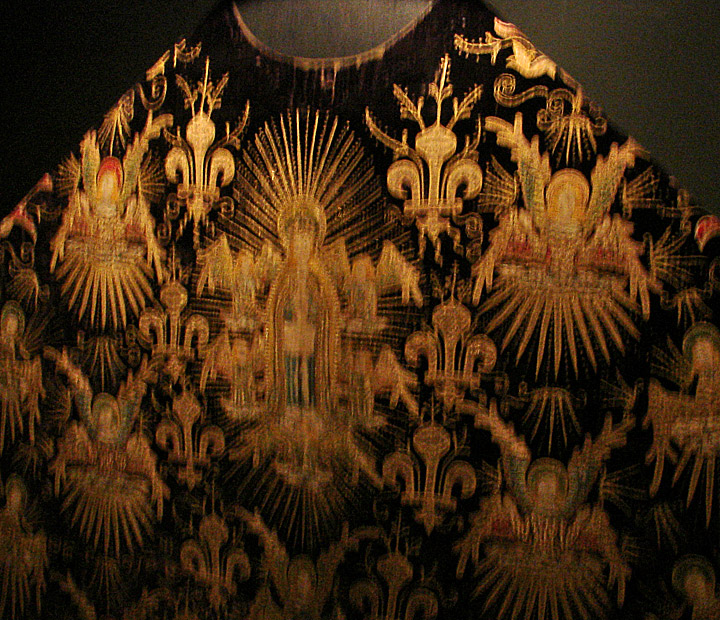 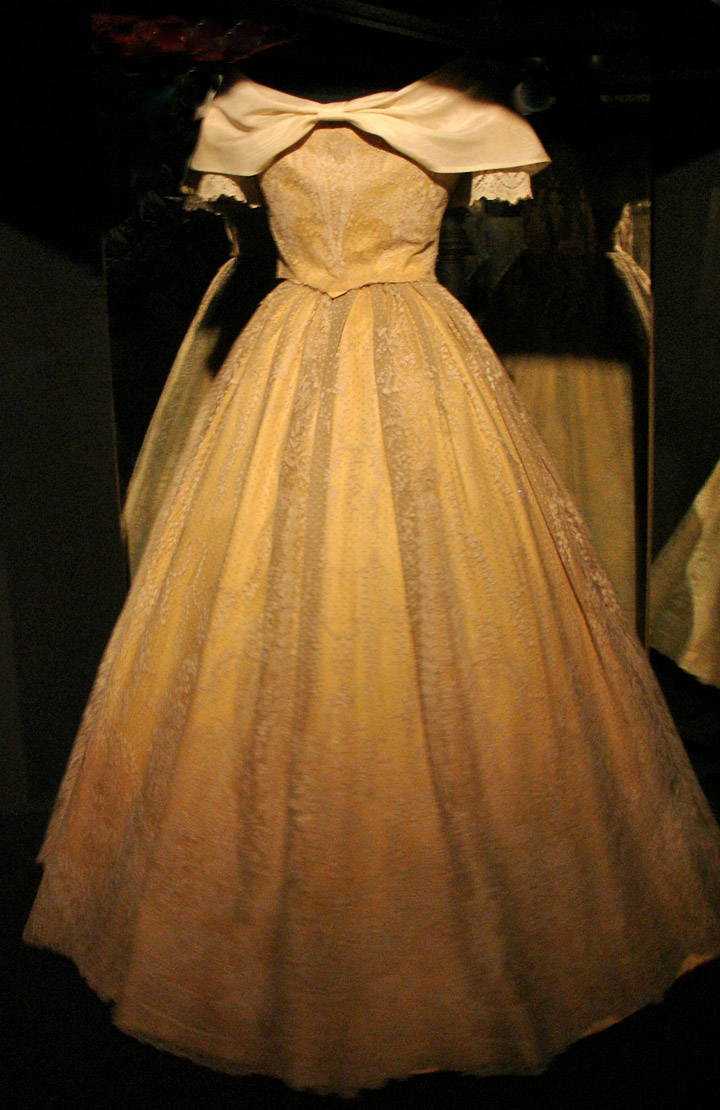 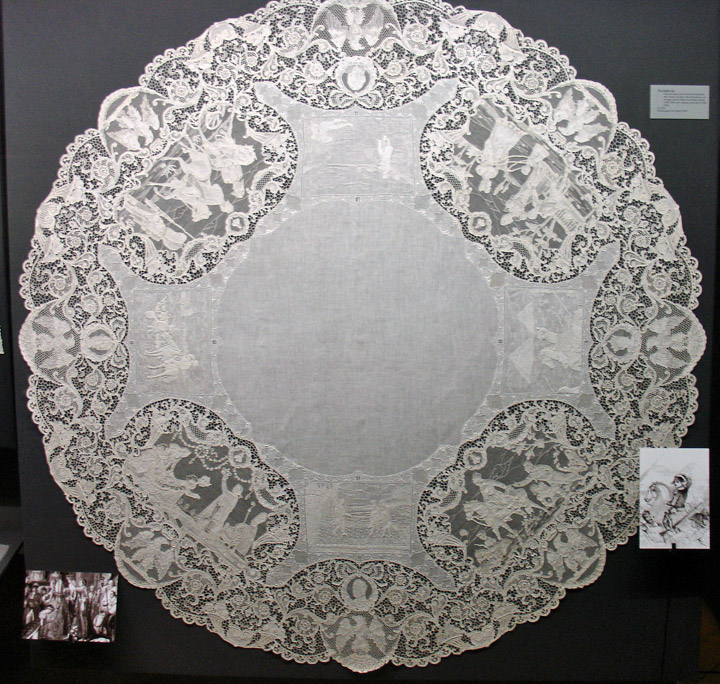 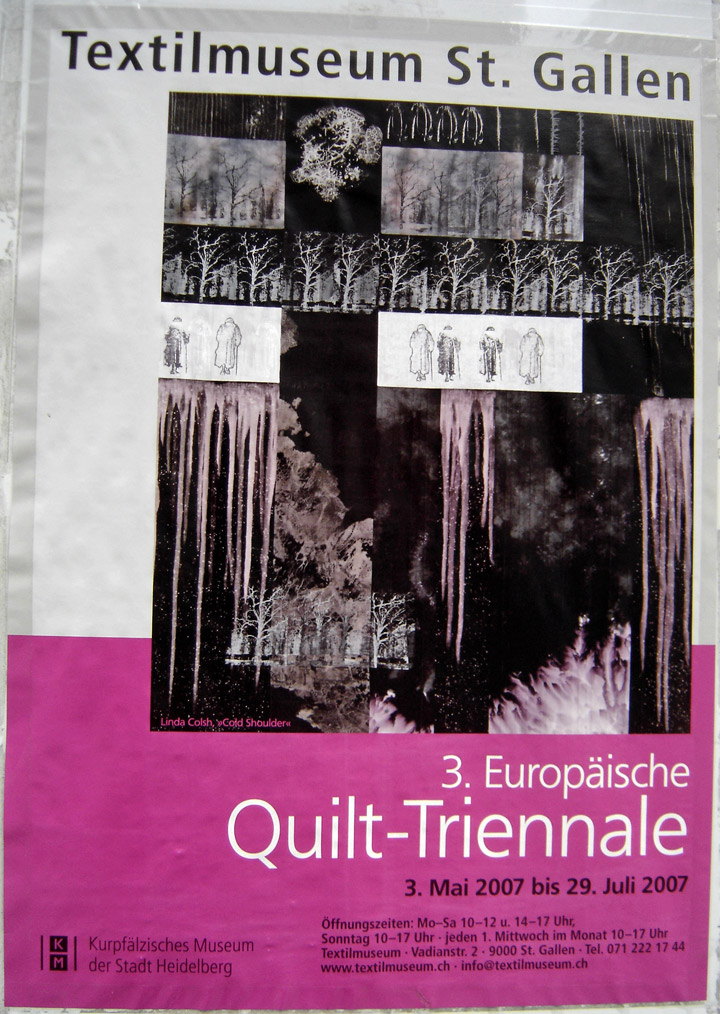 Some of the Patchwork Quilts being shown 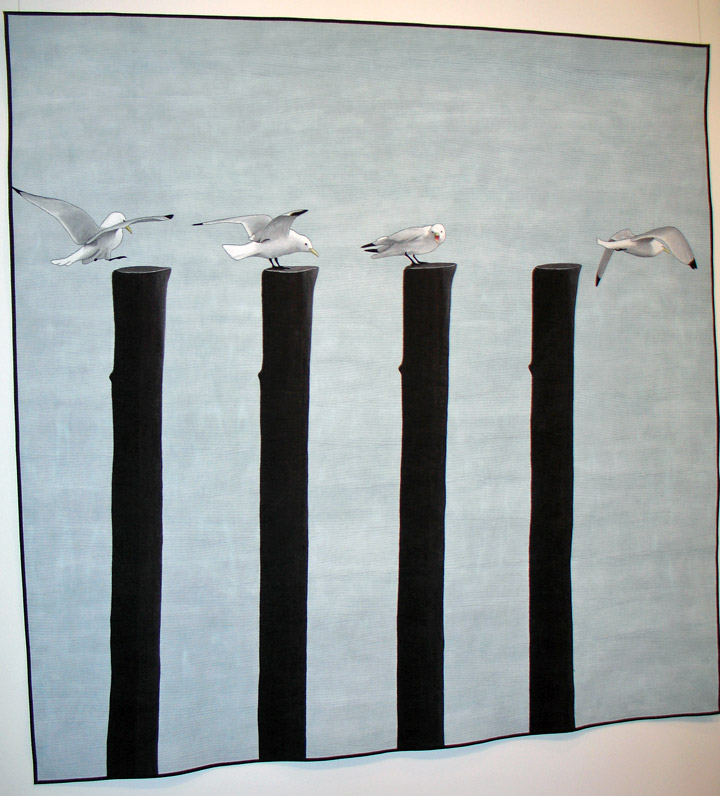 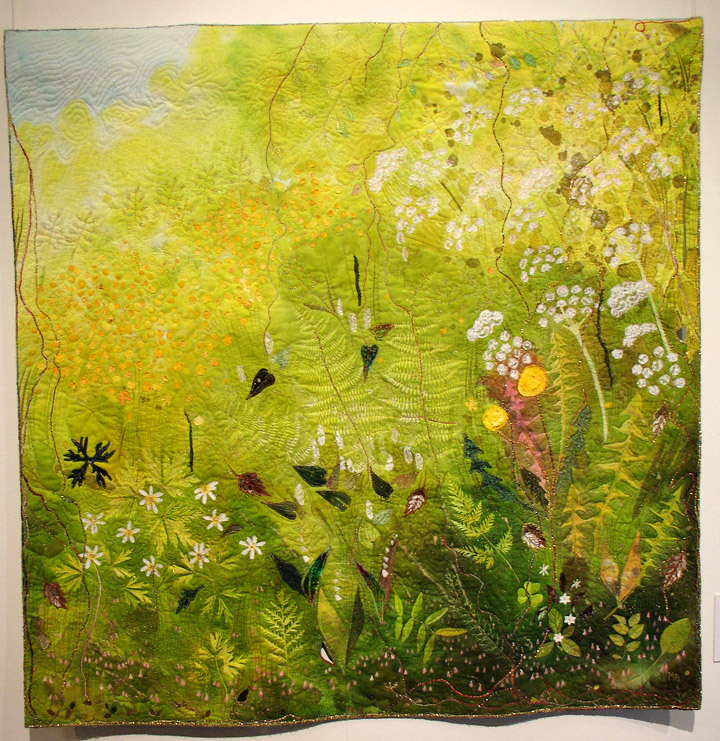 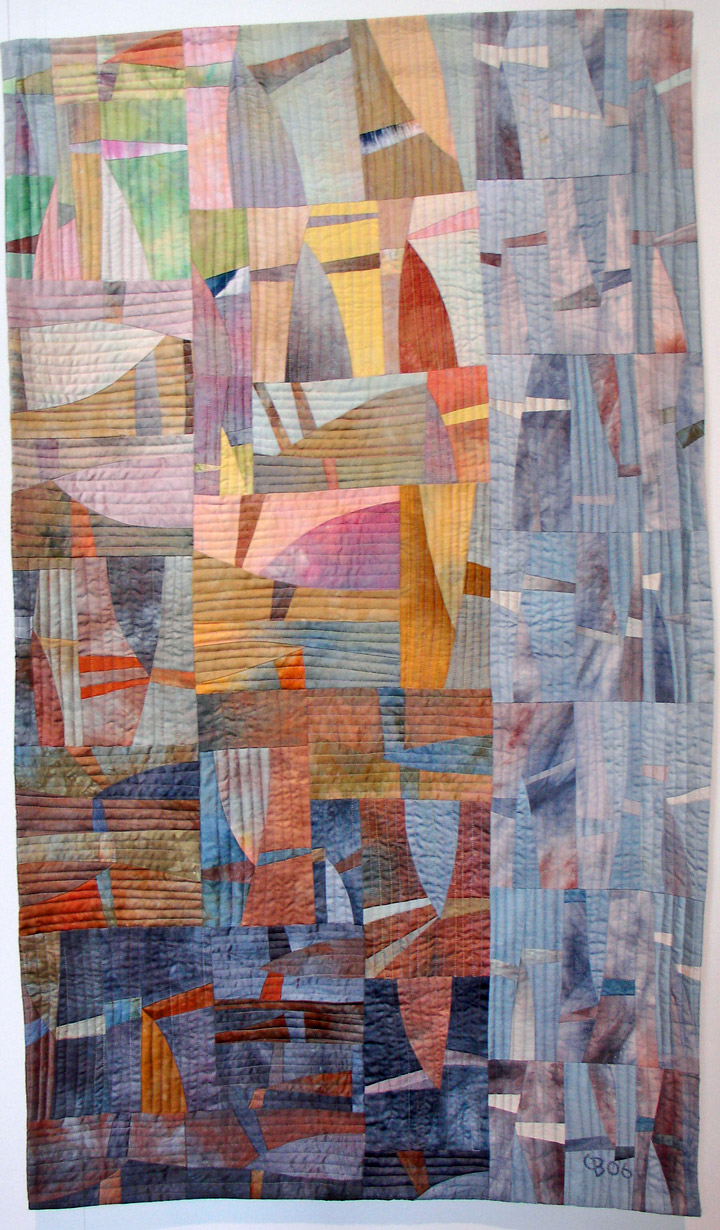 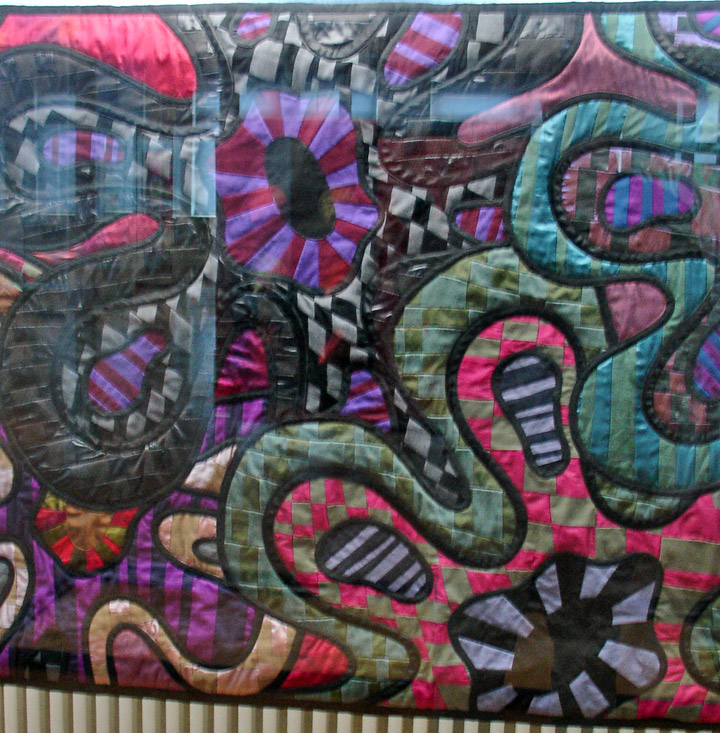 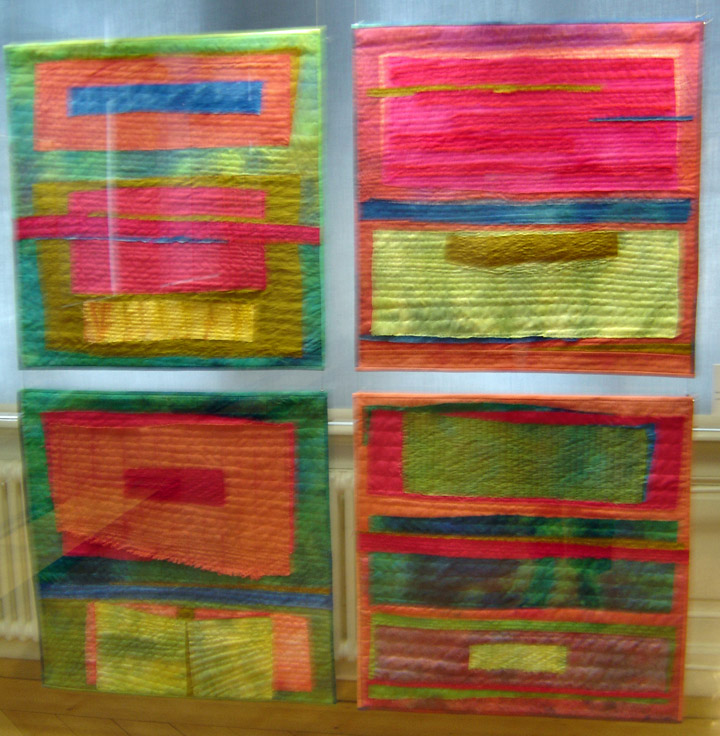 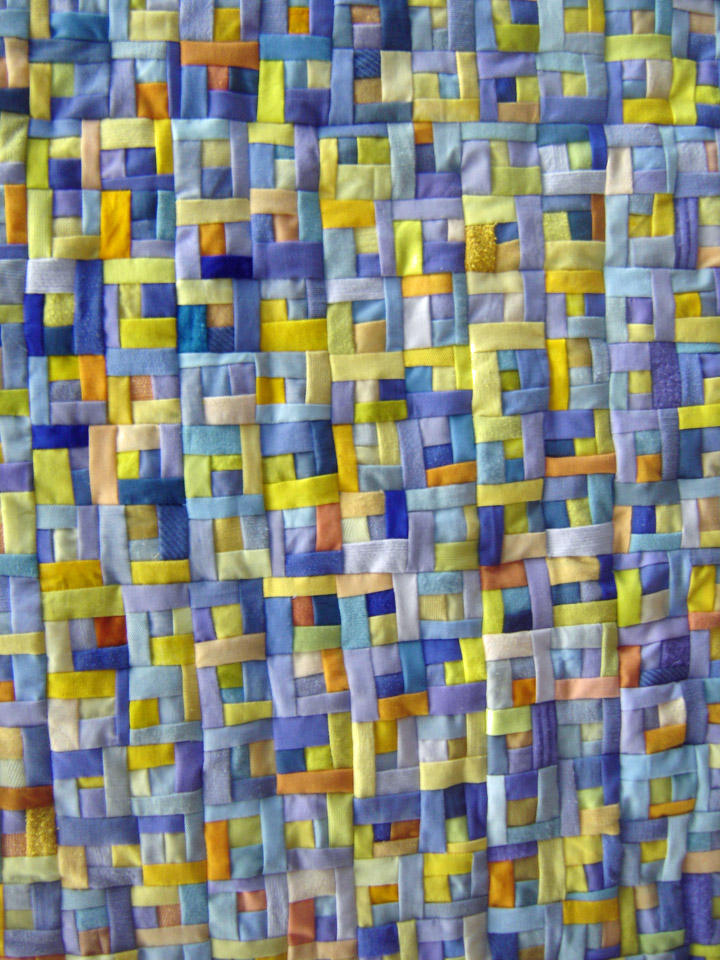 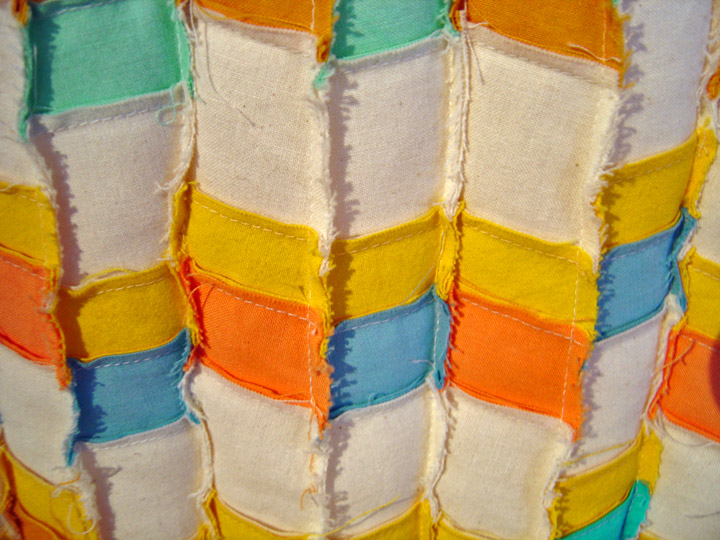 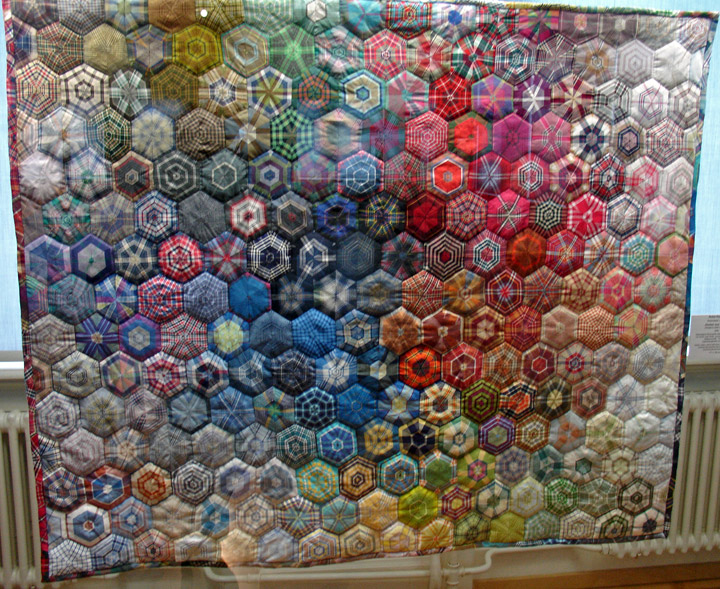 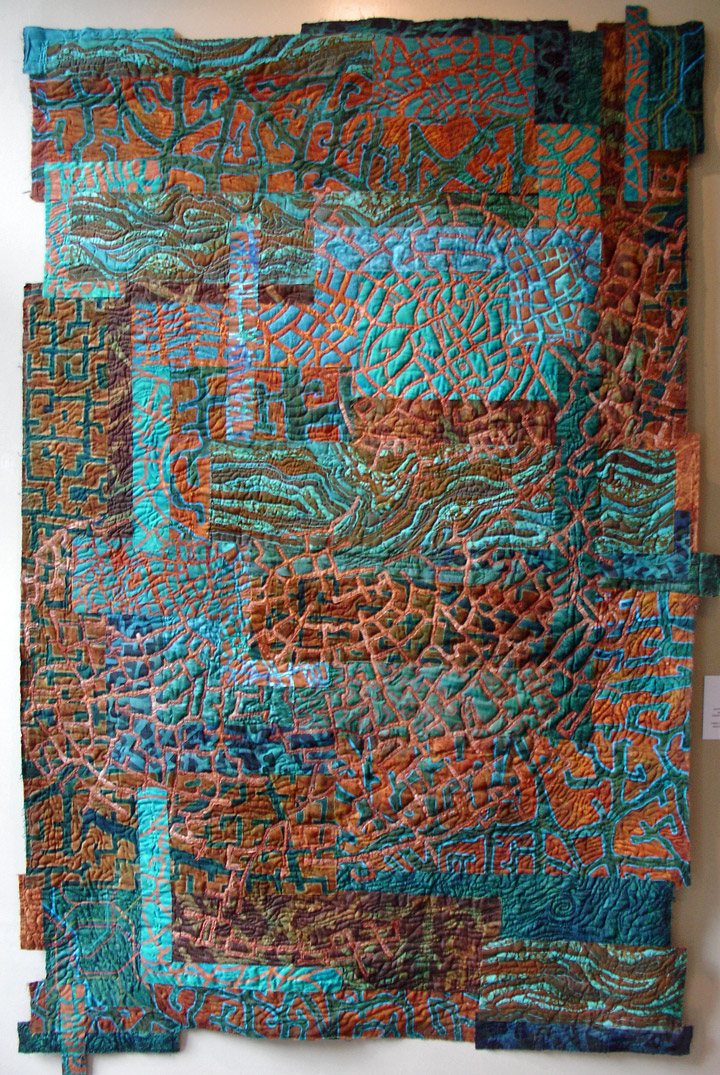 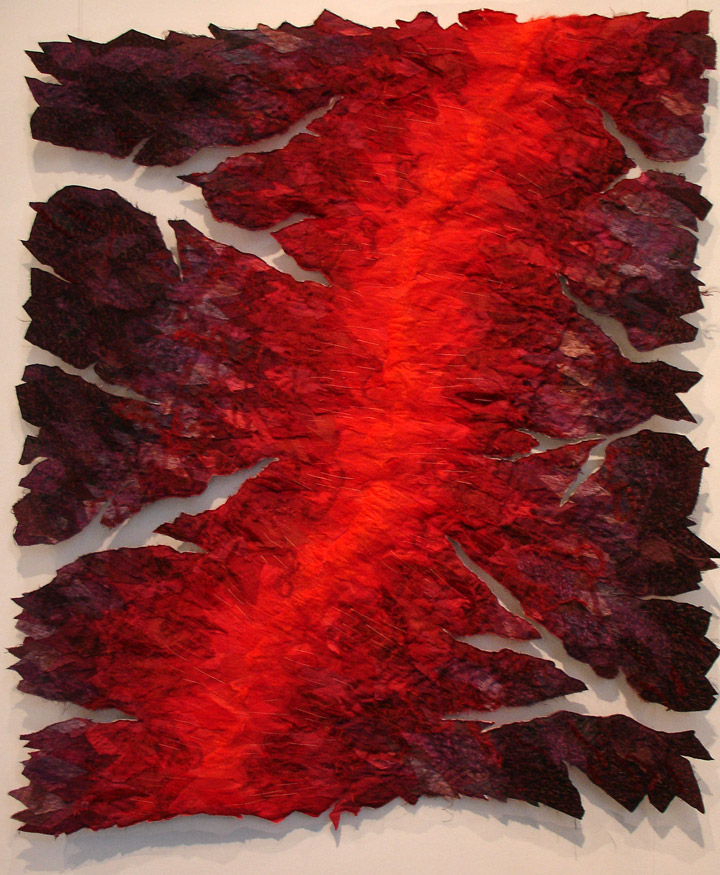 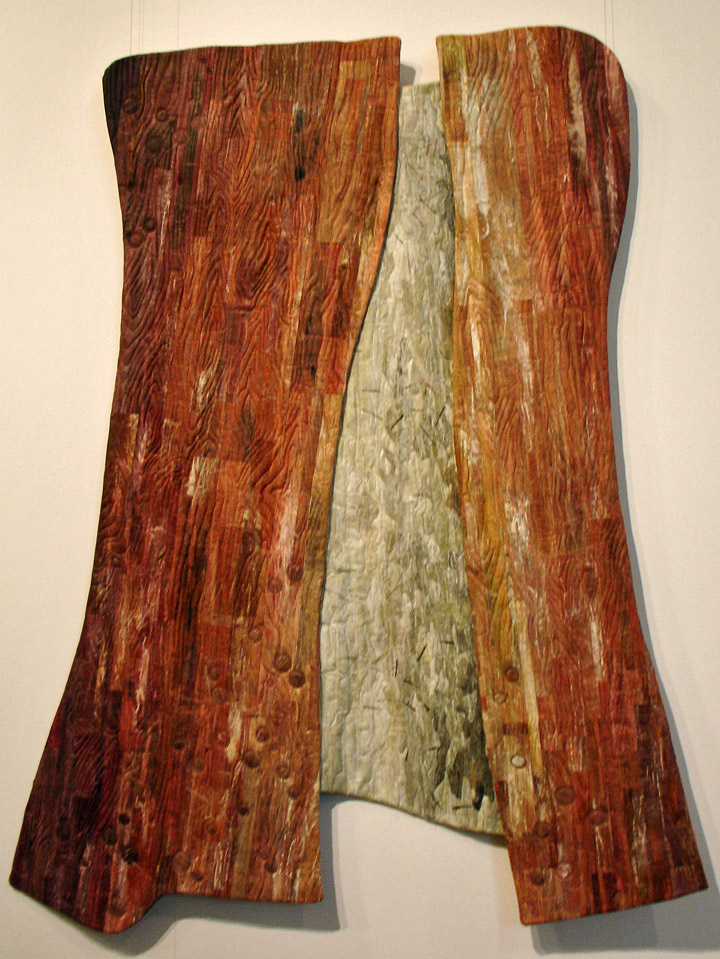 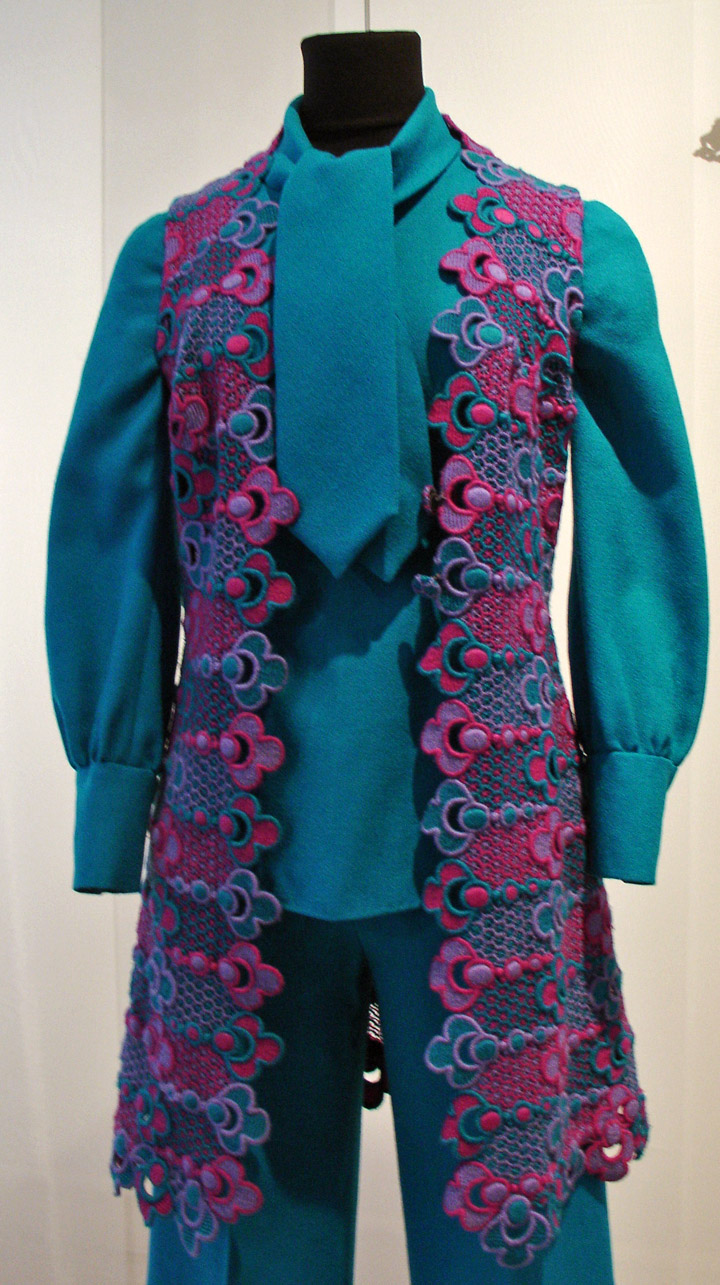