the town of the Huskies 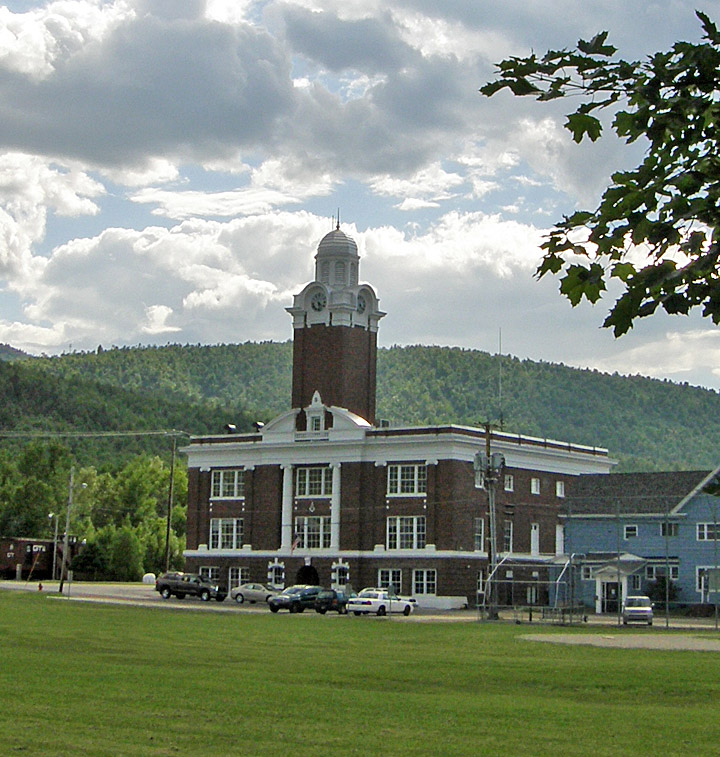 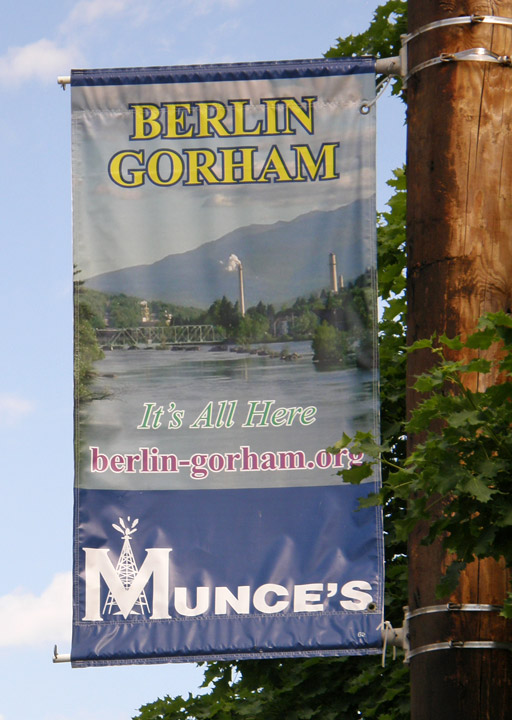 gateway to the White Mountains 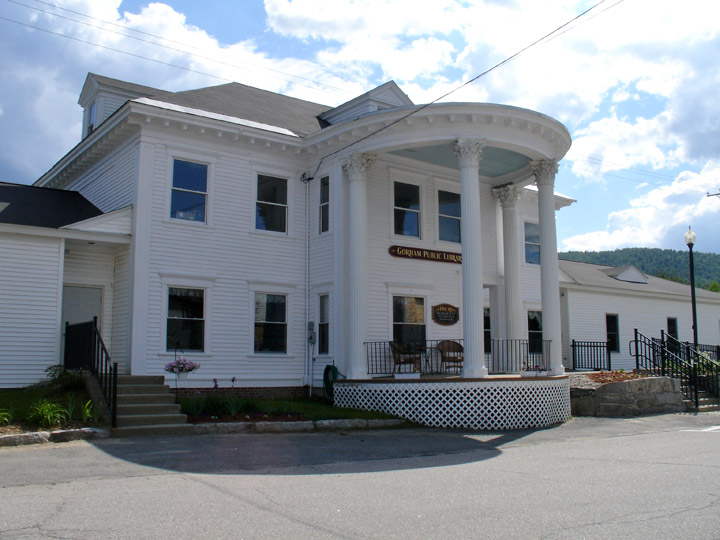 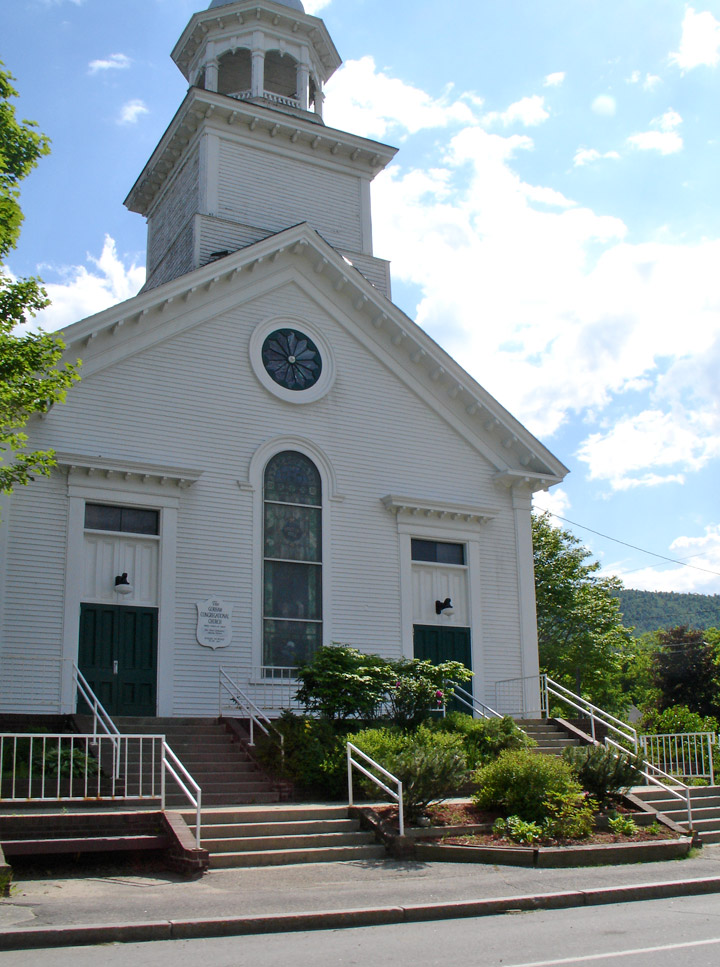 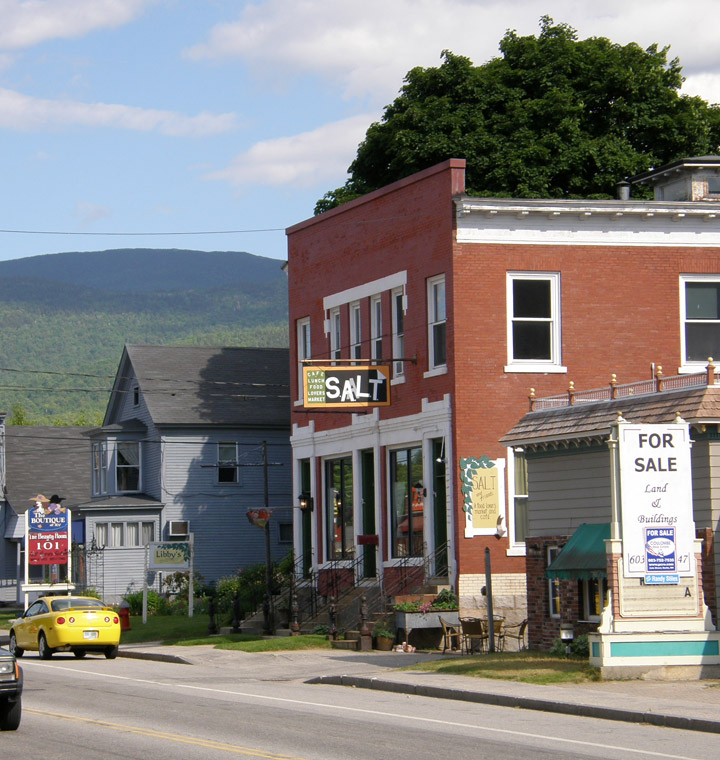 Gorham is a town in Coos County, New Hampshire, USA. The population was 2,895 at the 2000 census. Gorham is located in the White Mountains, and parts of the White Mountain National Forest are in the south and northwest. Moose Brook State Park is in the west. The town is crossed by the Appalachian Trail. Tourism is a principal business. 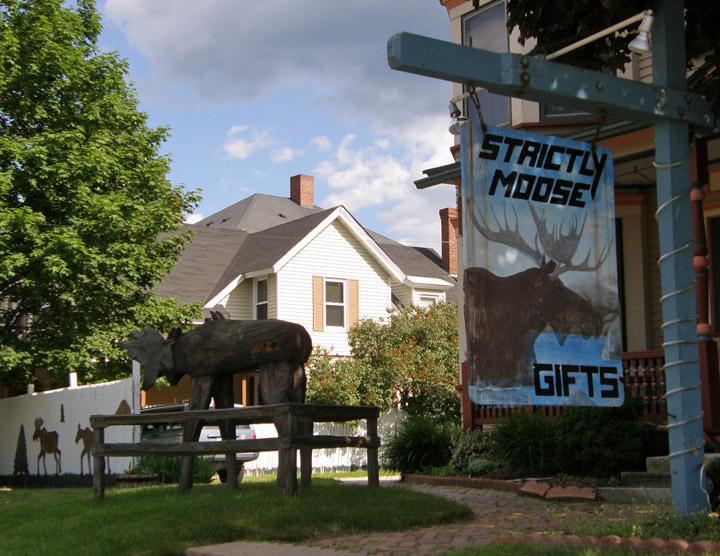 tourist shops capitalize on the Moose 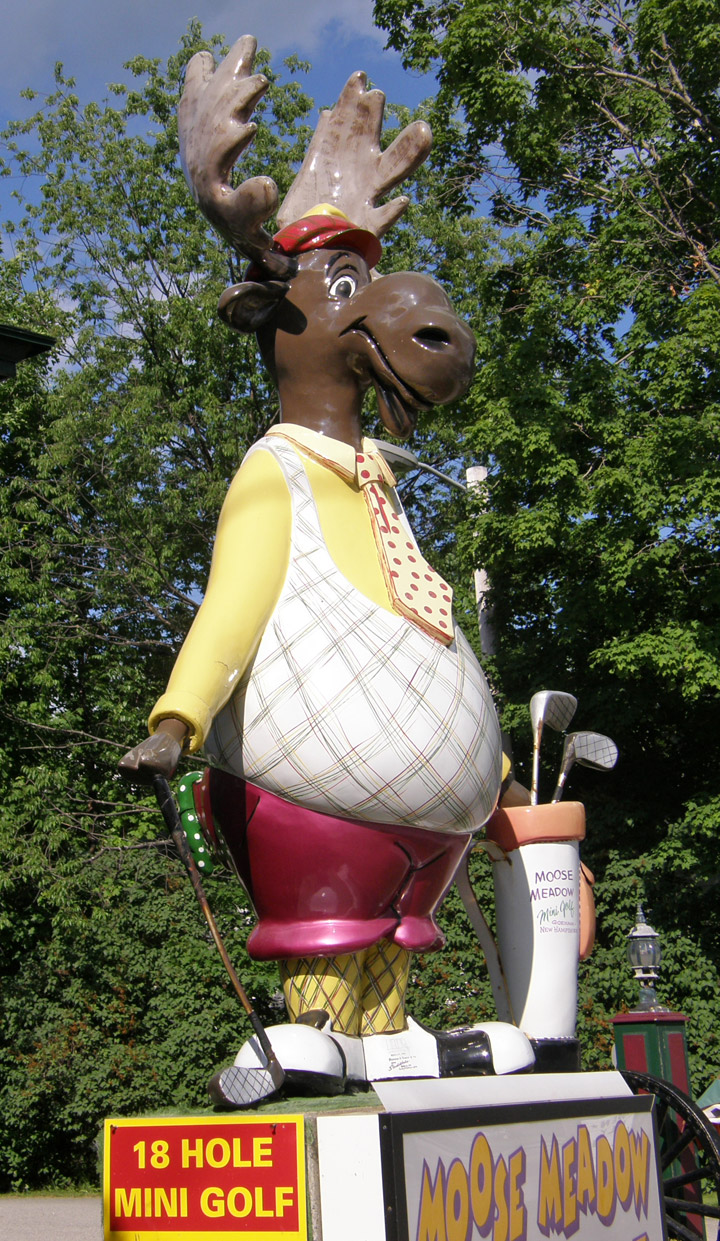 even with Moose Meadow Golf

The community was first chartered in 1770 by Colonial Governor John Wentworth as a part of Shelburne, called Shelburne Addition. Settled about 1805, for years it contained little more than rocky farms, small logging operations, and a few stores and stables. When incorporated in 1836, the town had only 150 inhabitants. It was named Gorham at the suggestion of Sylvester Davis, a resident from Gorham, Maine, and a relative of the Gorham family which founded that town in 1764. 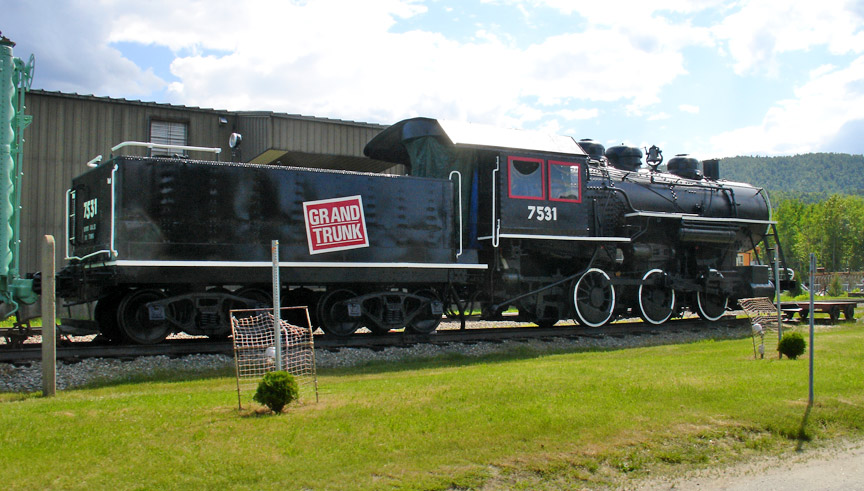 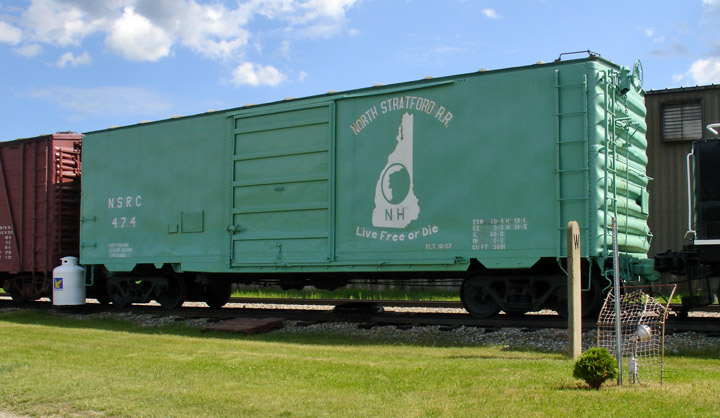 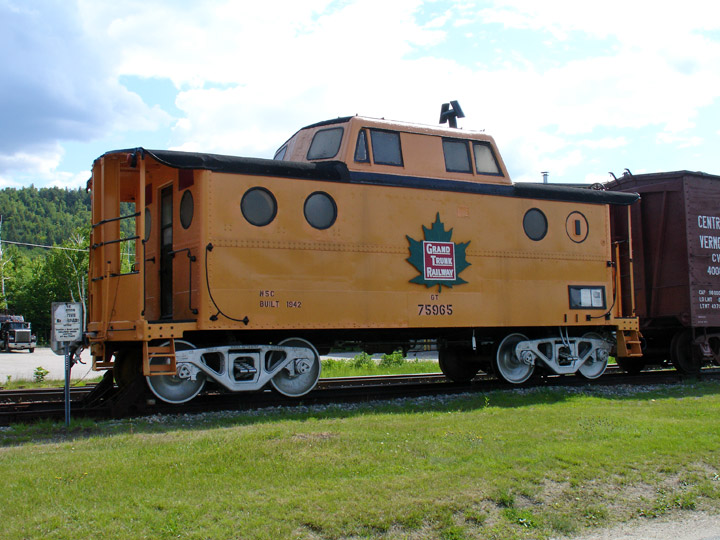 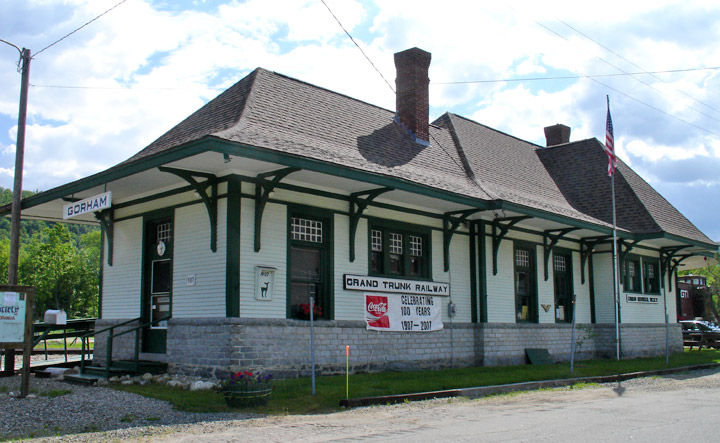 The St. Lawrence and Atlantic Railroad (later the Grand Trunk Railway) arrived in 1851. Located halfway between Montreal, Canada and the seacoast, Gorham developed into a railroad town, with a major locomotive yard and repair facility. With trains came tourists, and the Mount Madison House, Alpine House, Gorham House and Willis House opened. Crowds went from Boston and the seacoast to White Mountain Station, and from there to the Glen House in Pinkham Notch and Mount Washington. In 1861, travelers made the first trek up the Mount Washington Carriage Road, winding 8 miles to the summit of the 6,288-foot mountain. "The Road to the Sky" was an engineering feat of its day, advertised as "the first man-made attraction in the United States." It would be renamed the Mount Washington Auto Road, and remains popular today. 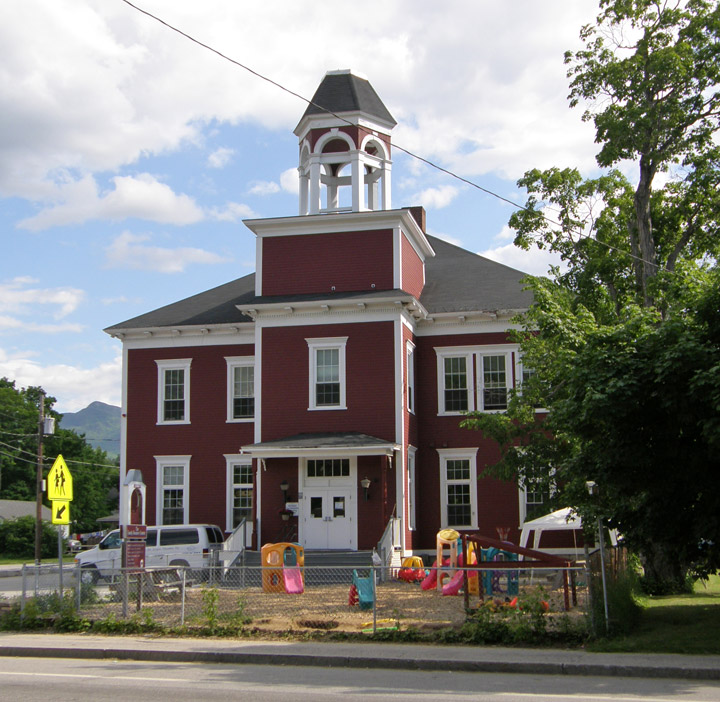 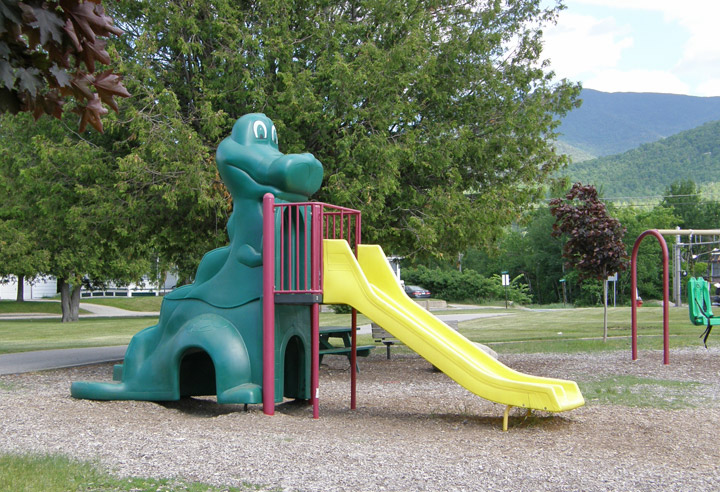 Railroads benefited local industries as well, hauling freight for mills run by water power from the Androscoggin River. Logging flourished, with boards and building timber manufactured by the Libby and the Peabody lumber companies. That business would eventually decline, as would railroads. In 1973, the town's train depot, built in 1907, was scheduled for demolition. The Gorham Historical Society saved the building, which now serves as a headquarters and museum. It features displays on area history, with a collection including locomotives, boxcars and a caboose. 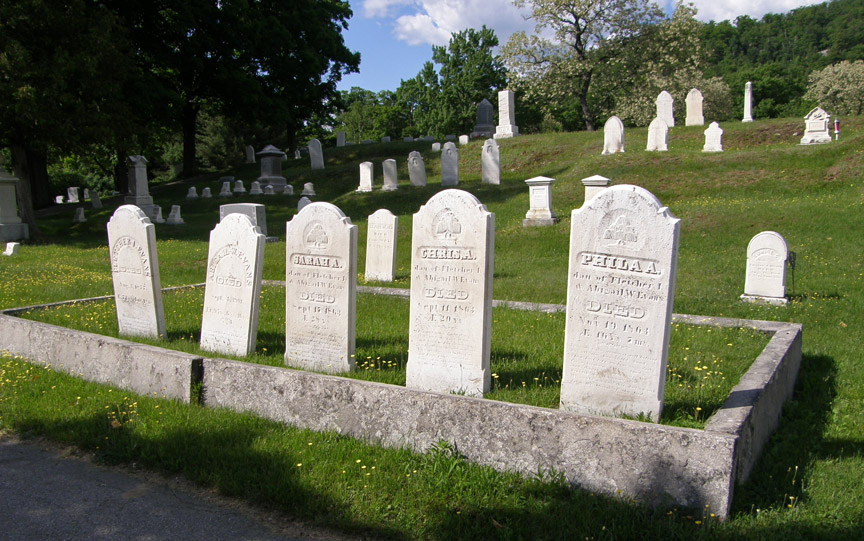 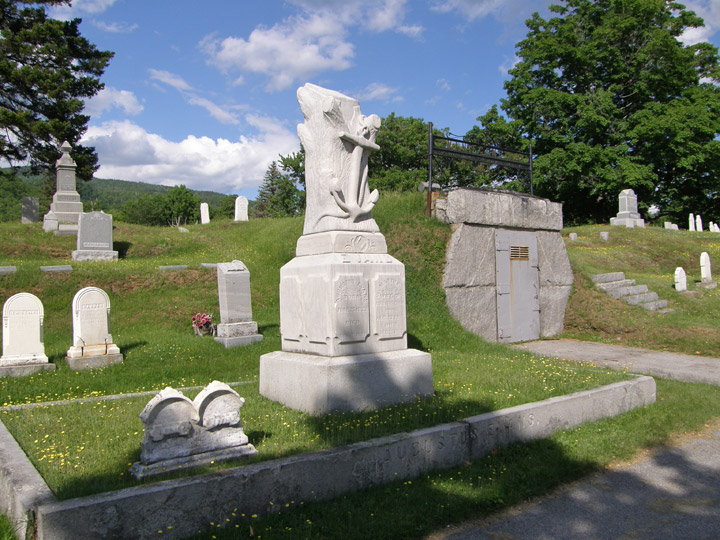