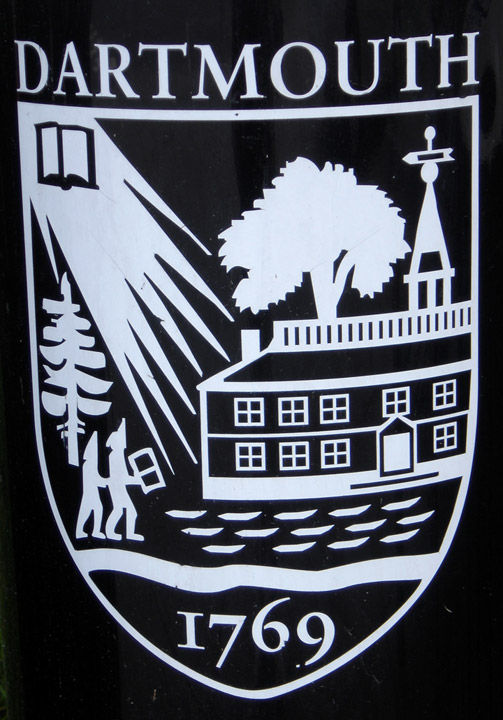 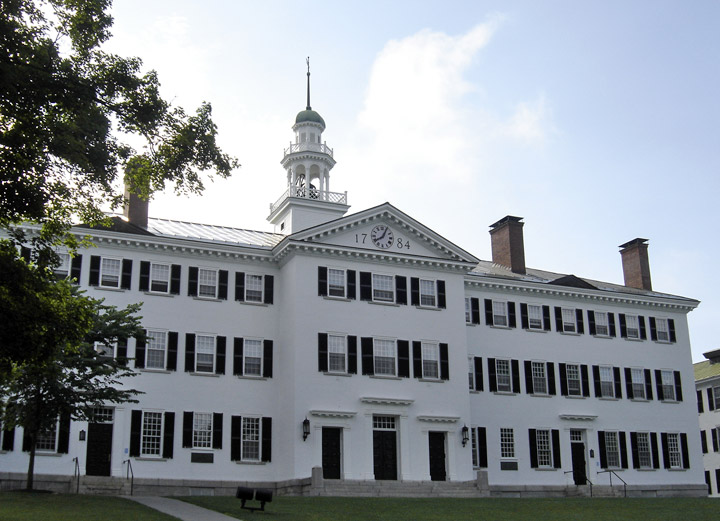 Dartmouth College is a private, coeducational university located in Hanover, New Hampshire, in the United States. It is a member of the Ivy League and is one of the nine colonial colleges founded before the American Revolution. 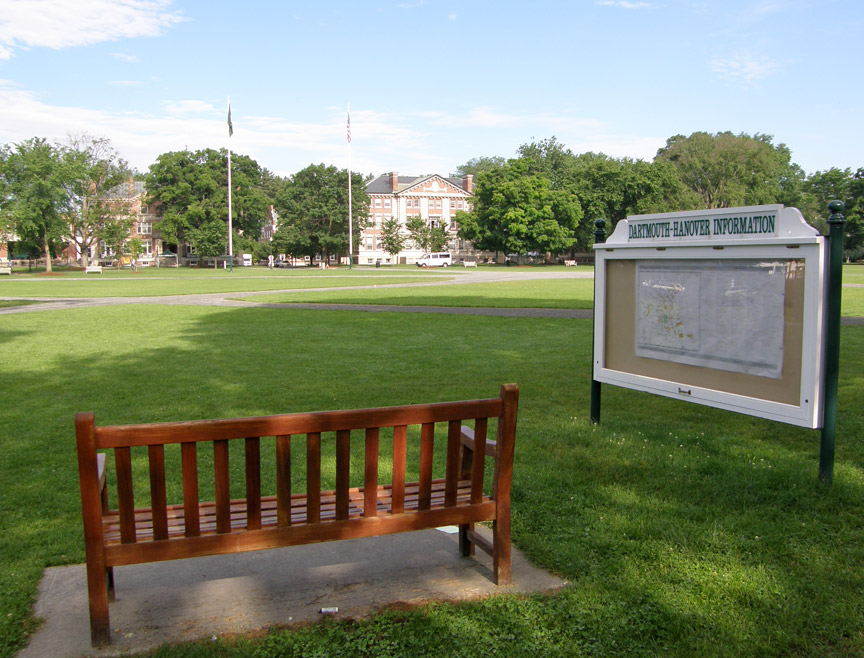 Dartmouth on the Hanover Common

Founded in 1769 by Eleazar Wheelock, with funds partially raised by the efforts of a Native American preacher named Samson Occom, it is the ninth-oldest college in the United States and the seventh-wealthiest in terms of funds per student. In addition to its liberal arts undergraduate program, Dartmouth has medical, engineering, and business schools, as well as 21 graduate programs in the arts and sciences; hence it would tend to be called a university in standard American usage. For the sake of tradition—in part stemming from the legacy of the landmark Dartmouth College Case—and to emphasize the central importance accorded to undergraduate education, however, it is called "Dartmouth College", instead of "Dartmouth University." With a total enrollment of 5,753 (4,078 of whom are undergraduates), Dartmouth is the smallest school in the Ivy League. It is incorporated as Trustees of Dartmouth College. 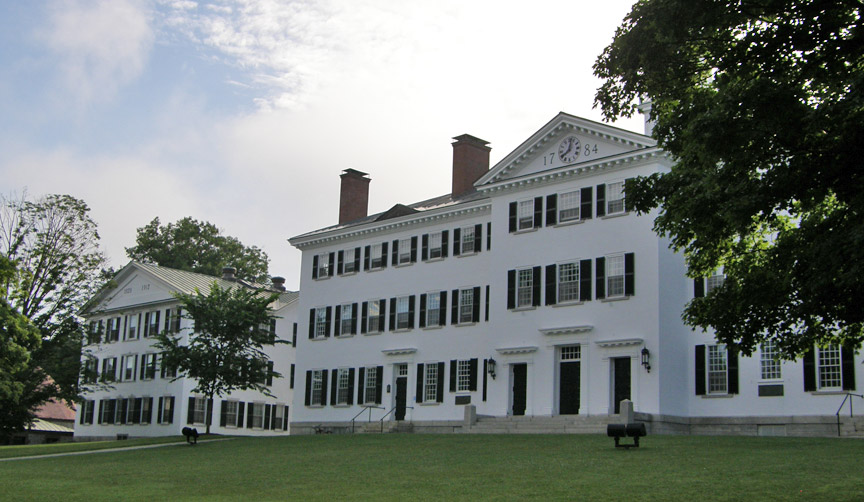 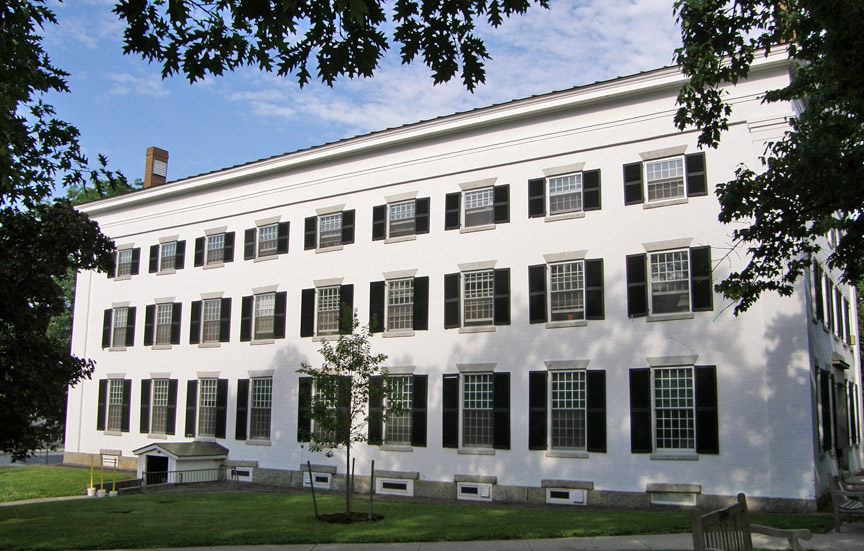 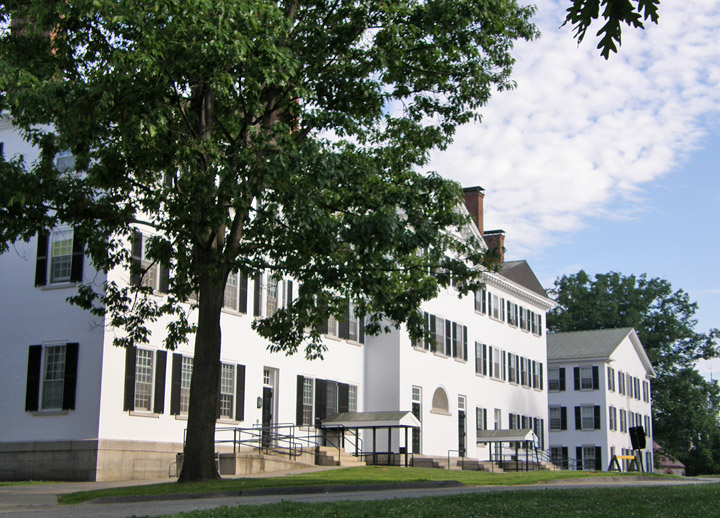 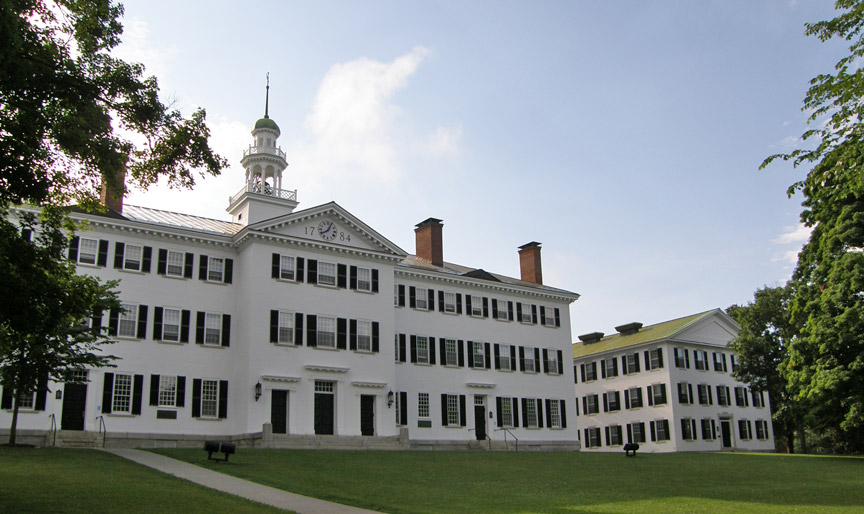 In 2005 Booz Allen Hamilton selected Dartmouth College as one of the "World's Ten Most Enduring Institutions," recognizing its ability to overcome crises that threatened its survival (most famously Trustees of Dartmouth College v. Woodward). Dartmouth alumni are famously involved in their college, from Daniel Webster to the many donors in the nineteenth and twentieth centuries. 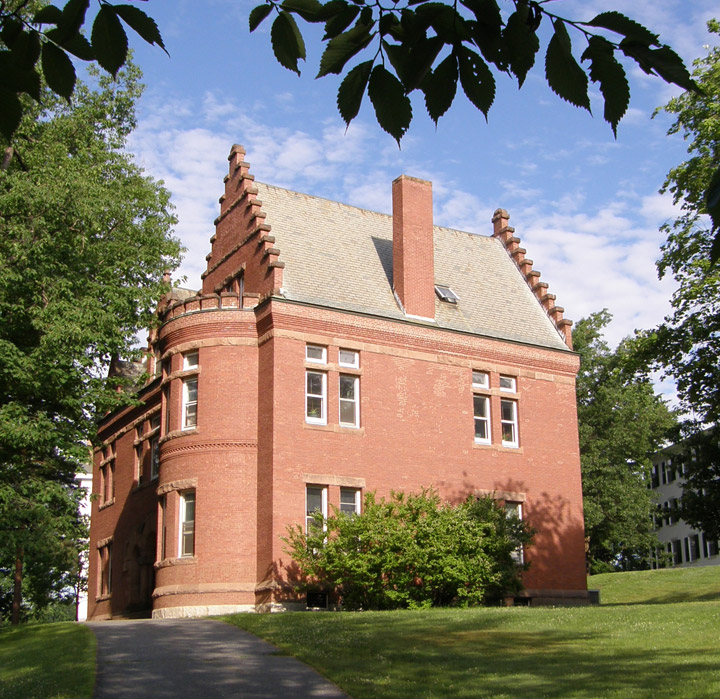 Dartmouth was the final colonial college given a royal charter when King George III granted its charter in 1769, mostly as a result of the efforts of Eleazar Wheelock, a Puritan minister, and his patron, Royal Governor John Wentworth. (Queen's College, now Rutgers University, was granted a charter slightly earlier but did not begin operation until after Dartmouth.) 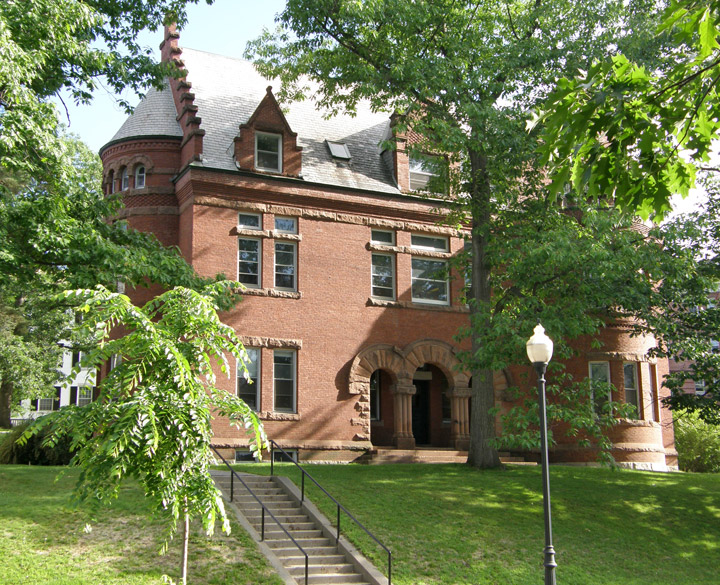 Dartmouth's original purpose was to provide for the Christianization, instruction, and education of "Youth of the Indian Tribes in this Land...and also of English Youth and any others." Ministers Nathaniel Whittaker and Samson Occom (an early Native American clergyman) raised funds for the college in England through an English trust among whose benefactors and trustees were prominent English statesmen, including King George III's future Secretary of State for the Colonies in North America, William Legge, 2nd Earl of Dartmouth, for whom Dartmouth College is named. The fundraising was meant to support Wheelock's ongoing Connecticut institution of 1754, Moor's Indian Charity School, but Wheelock instead applied most of the funds to the establishment of Dartmouth College. Wheelock established a collegiate department within Moor's Charity School in 1768 that he moved to Hanover with the rest of the school in 1770. The College granted its first degrees in 1771, obtaining a seal to affix on them in 1773. Dejected and betrayed, Samson Occom went on to form his own community of New England Indians called Brothertown Indians in Oneida country in upstate New York. 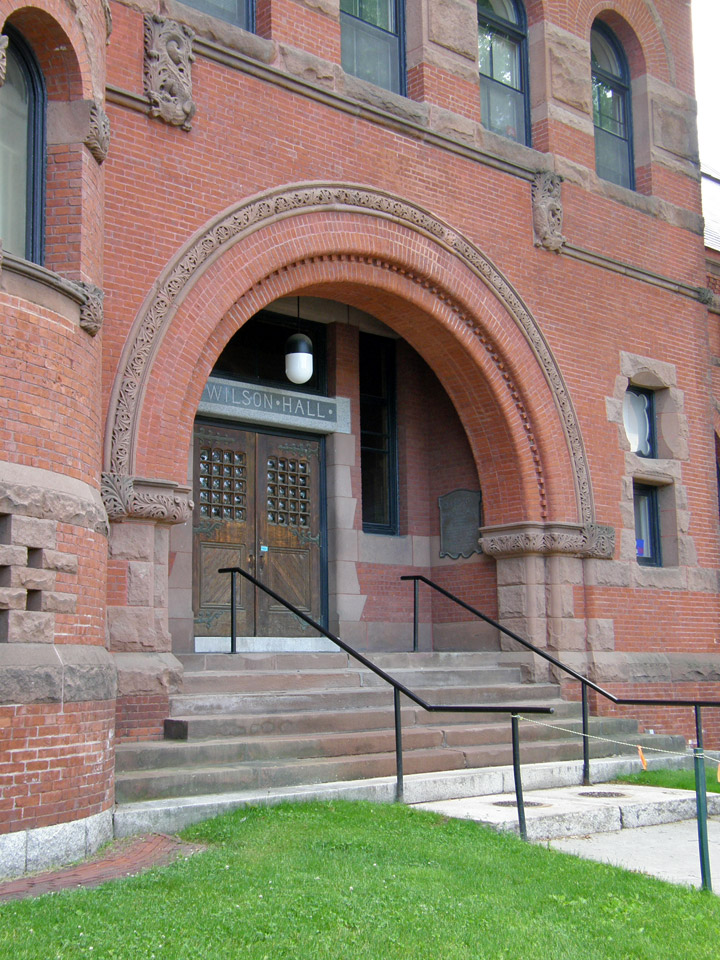 In 1819, Dartmouth College was the subject of the historic Dartmouth College case, in which the State of New Hampshire's 1816 attempt to amend the College's royal charter to make the school a public university was challenged. An institution called Dartmouth University occupied the college buildings and began operating in Hanover in 1817, though the College continued teaching classes in rented rooms nearby. Daniel Webster, an alumnus of the class of 1801, presented the College's case to the Supreme Court of the United States, which found the amendment of Dartmouth's charter to be an illegal impairment of a contract by the state and reversed New Hampshire's takeover of the College. Webster concluded his peroration with the famous and frequently-quoted words, It is, Sir, as I have said, a small college. And yet there are those who love it. 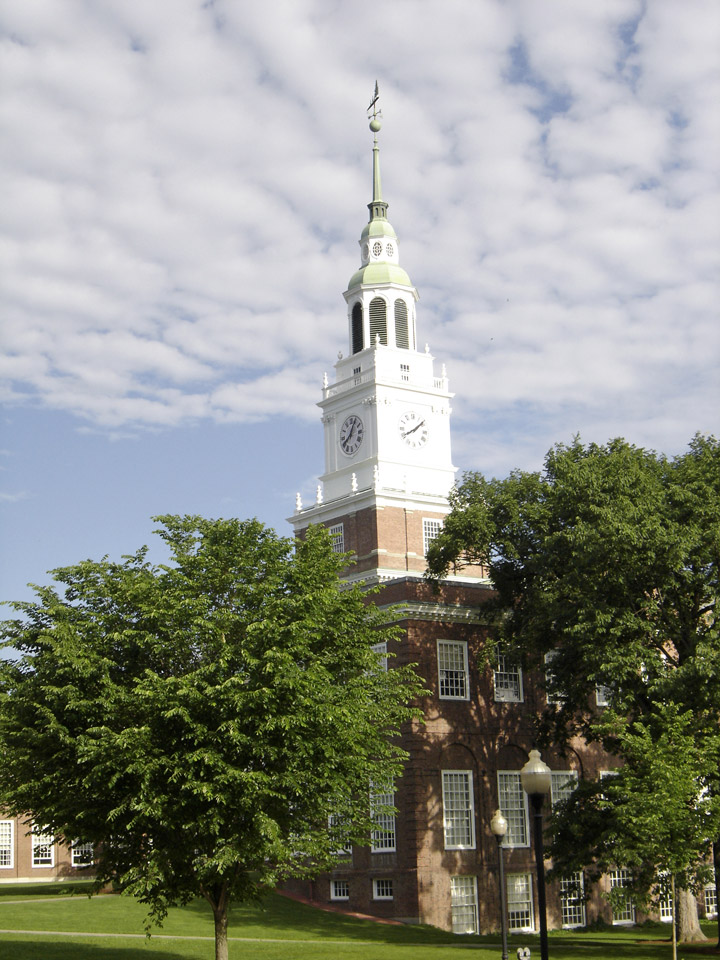 Dartmouth was a men's college until 1972, when women were first admitted as full-time students and undergraduate degree candidates. At about the same time, the college adopted its unique "Dartmouth Plan", described by some commentators as "a way to put 4,000 students into 3,000 beds." Also known as the "D-Plan", it is a schedule of year-round operation, designed to allow an increase in the enrollment (with the addition of women) without enlarging campus accommodations. The year is divided into four terms corresponding with the seasons; students are required to be in residence during their freshman year, sophomore year summer term, and senior year. Although new dormitories have been built since, the number of students has also increased and the D-Plan remains in effect. 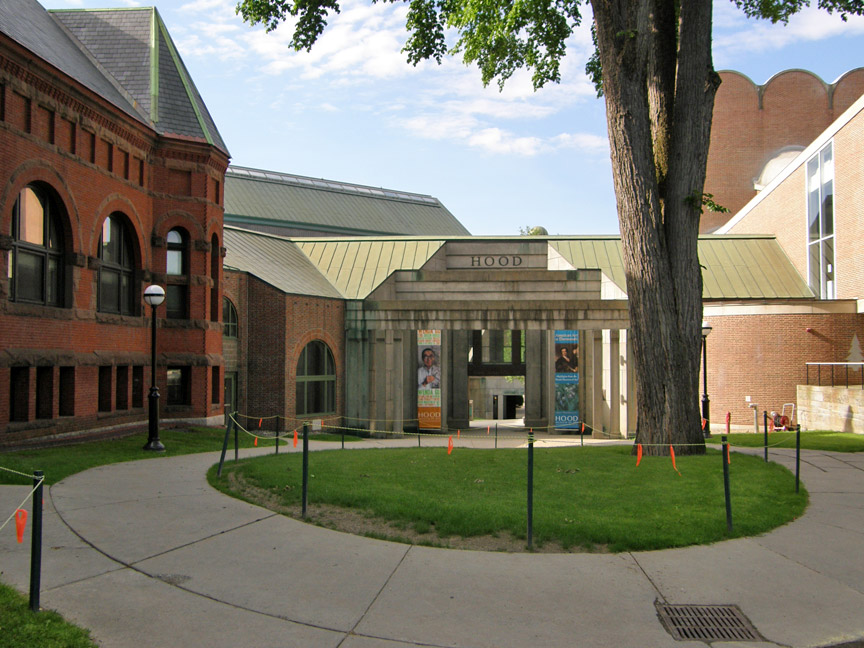 Dartmouth's motto is "Vox Clamantis in Deserto". The Latin motto is literally translated as "The voice of one crying in the wilderness", but the College administration often translates the phrase as "A voice crying in the wilderness", which, while not technically correct in Latin grammar, attempts to translate the synecdoche of the phrase. The motto is a reference to the Christian Bible's John the Baptist as well as to the college's location on what was once the frontier of European settlement. Richard Hovey's Men of Dartmouth was elected as the best of all the songs of the College in 1896, and today it serves as the school's alma mater, although the lyrics and title have since been changed to be gender-neutral. 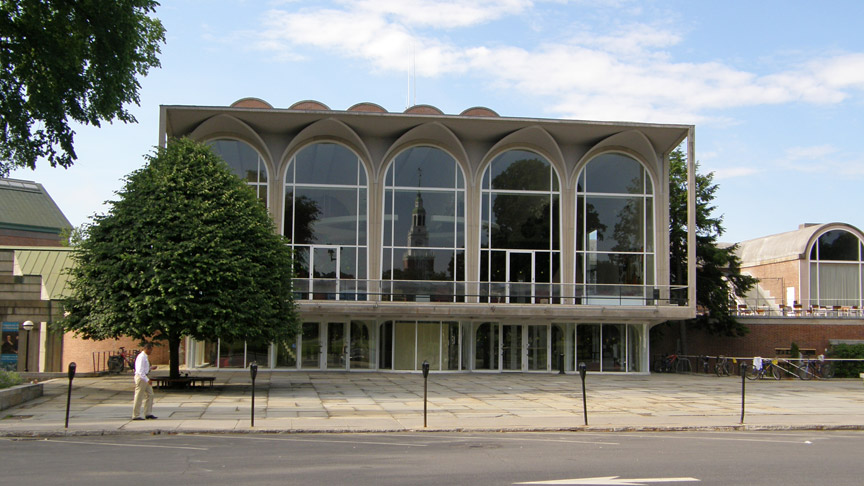 The screenplay for the film National Lampoon's Animal House was cowritten by Chris Miller (A.B. 1963) and is based loosely on a series of fictional stories he wrote in 1974 about his fraternity days at Dartmouth. In a CNN interview, John Landis said the movie was "based on Chris Miller's real fraternity at Dartmouth," Alpha Delta. In an interview with The Dartmouth, Miller said that at least one incident in the film—one in which a Delta Tau Chi brother skis down the stairs as the band plays "Shout"—occurred at an Alpha Delta party at Dartmouth.The movie was filmed at the University of Oregon. 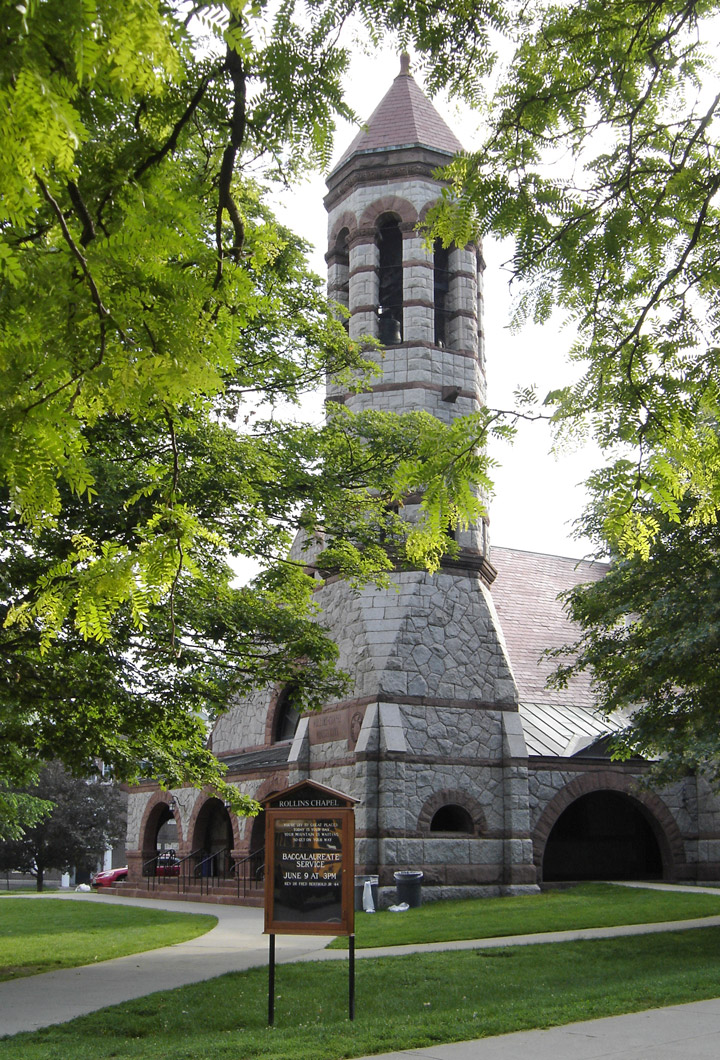 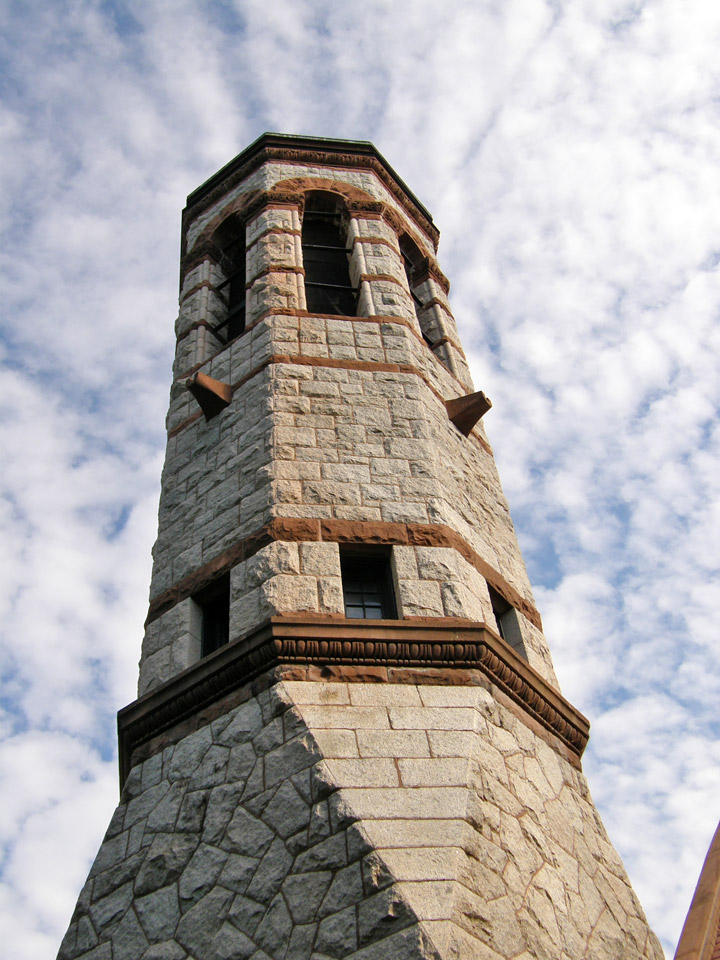 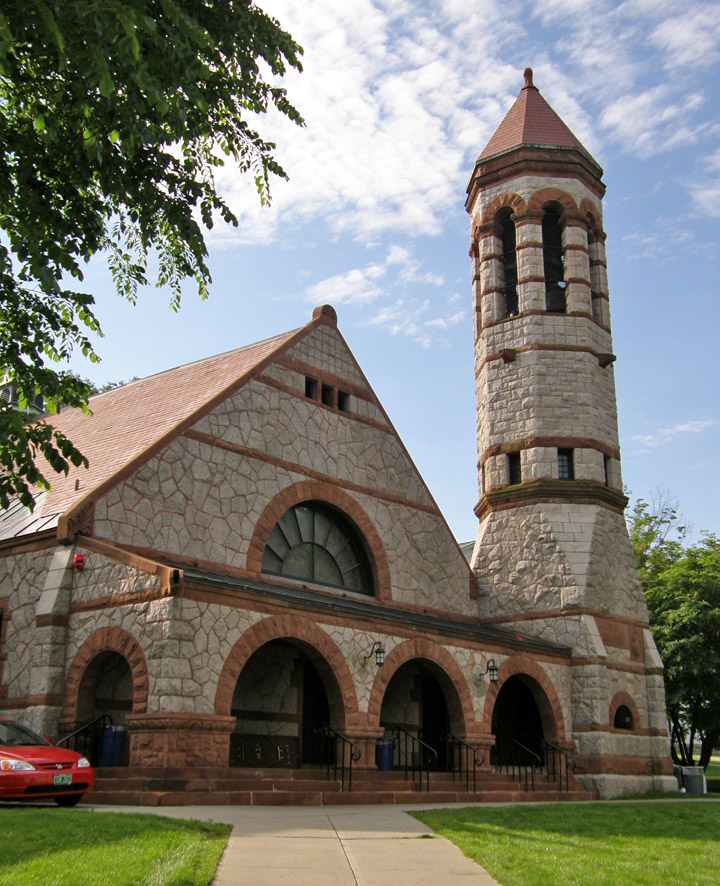 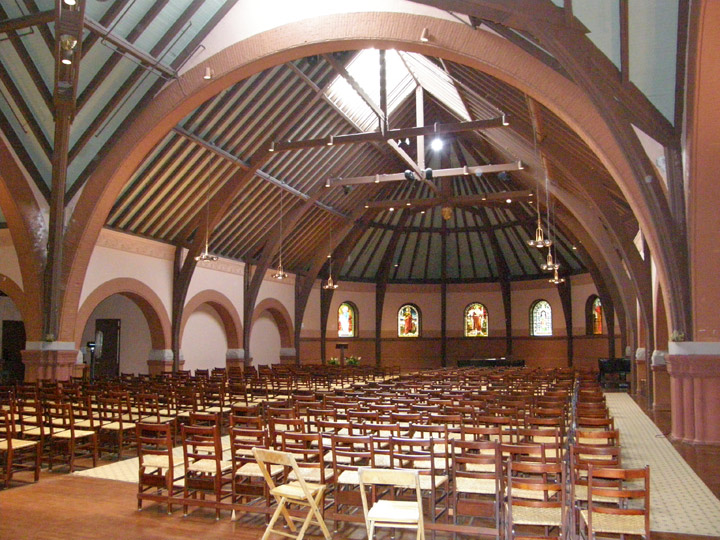 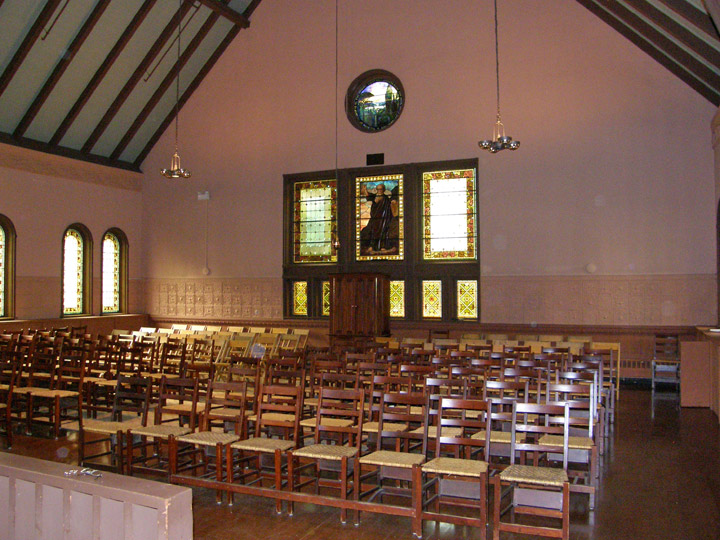 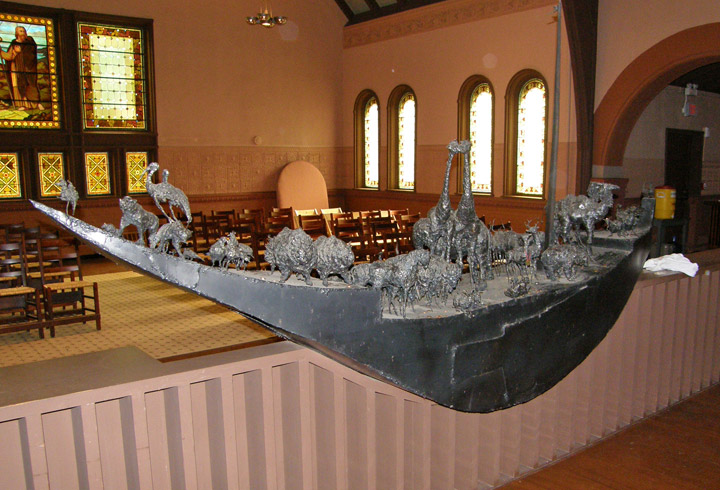 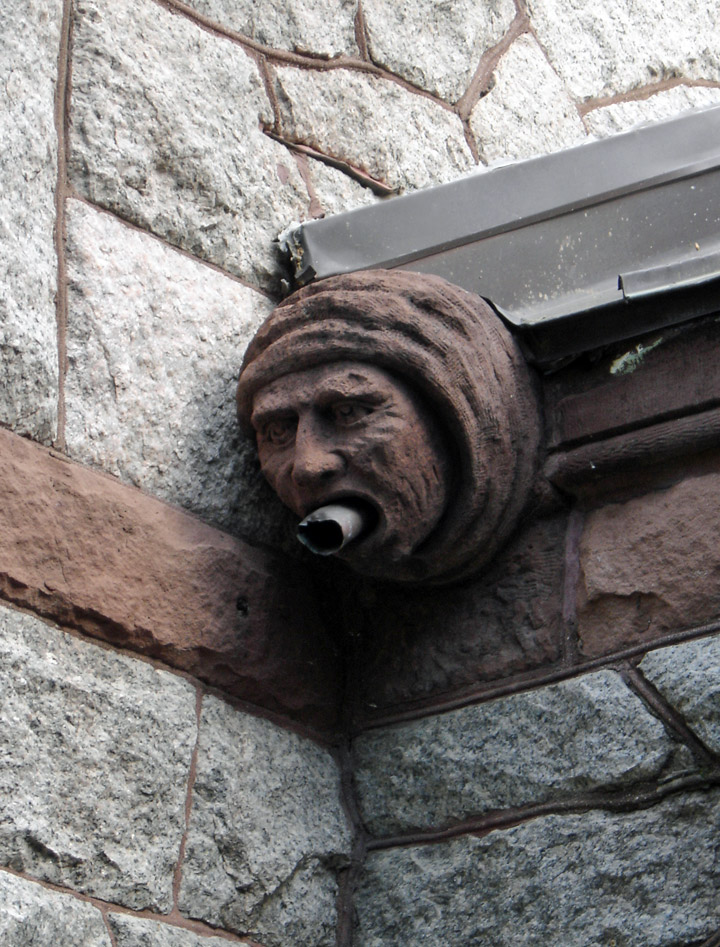