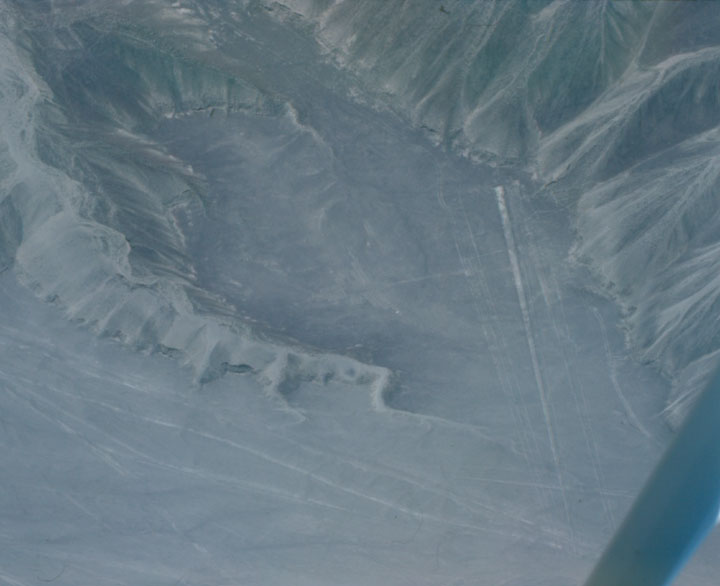 trapezoid in the valley 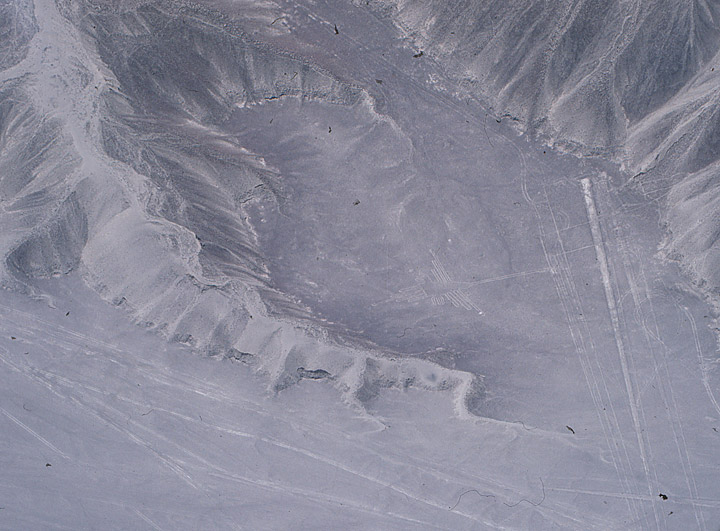 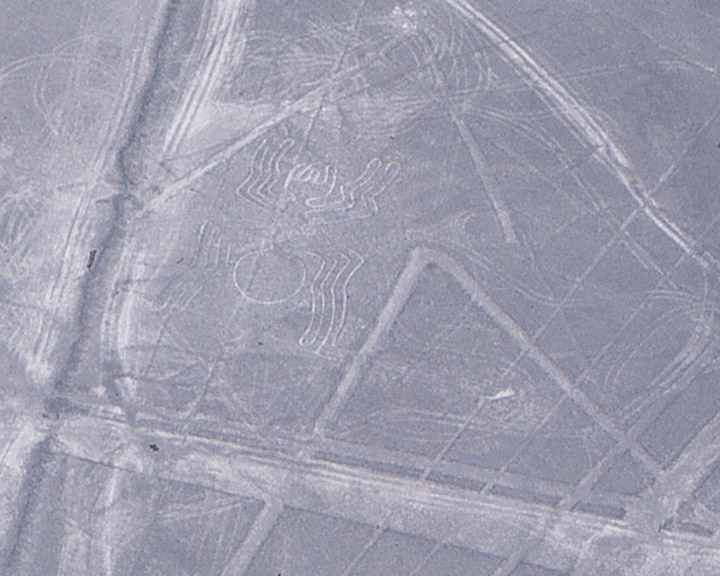 Stretching across the Nazca plains - like a giant map or blueprint left by ancient astronauts, lie the famous Nazca Lines of Peru. 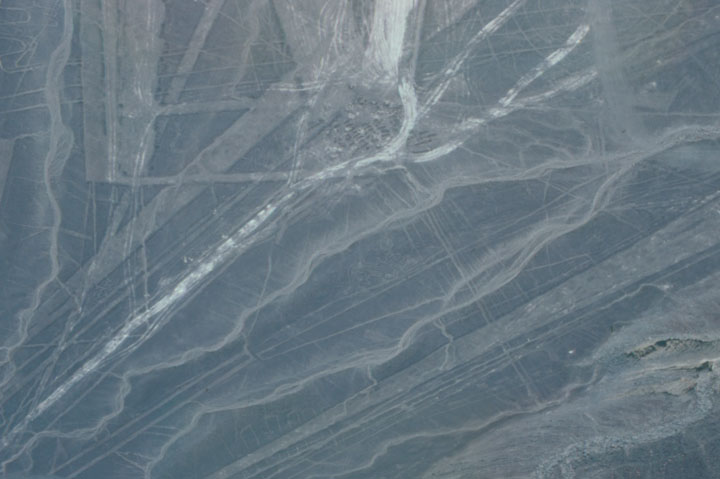 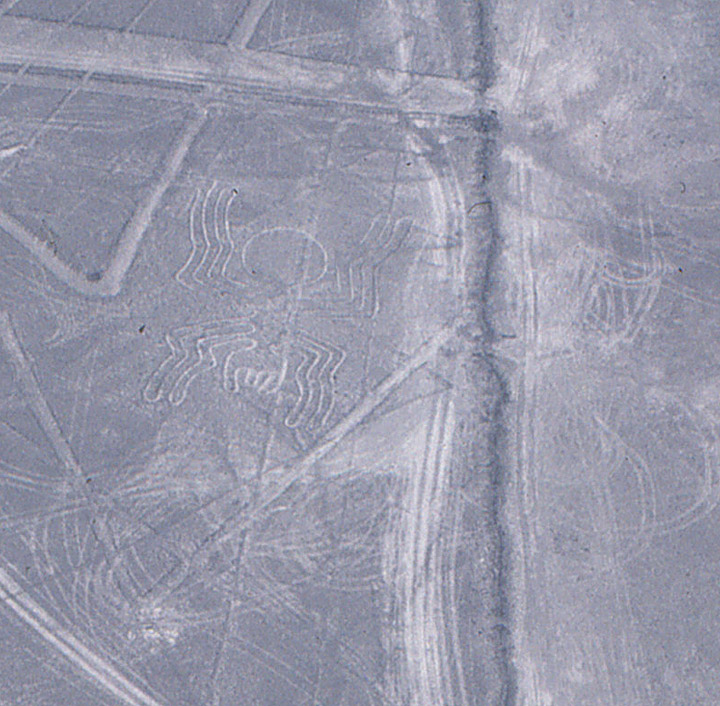 The Nazca Lines are an enigma. No one know who had built them or indeed why. Since their discovery, the Nazca Lines have inspired fantastic explanations from ancient gods, a landing strip for returning aliens, a celestial calendar, used for rituals probably related to astronomy, to confirm the ayllus or clans who made up the population and to determine through ritual their economic functions held up by reciprocity and redistribution or, a map of underground water supplies. 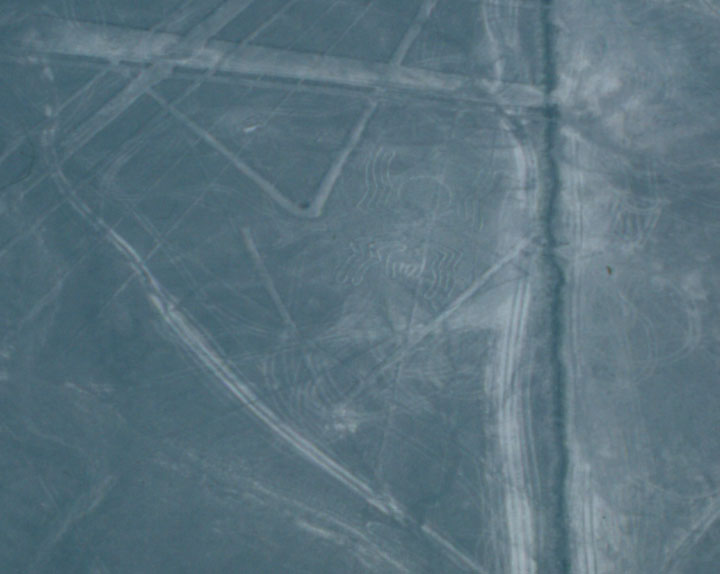 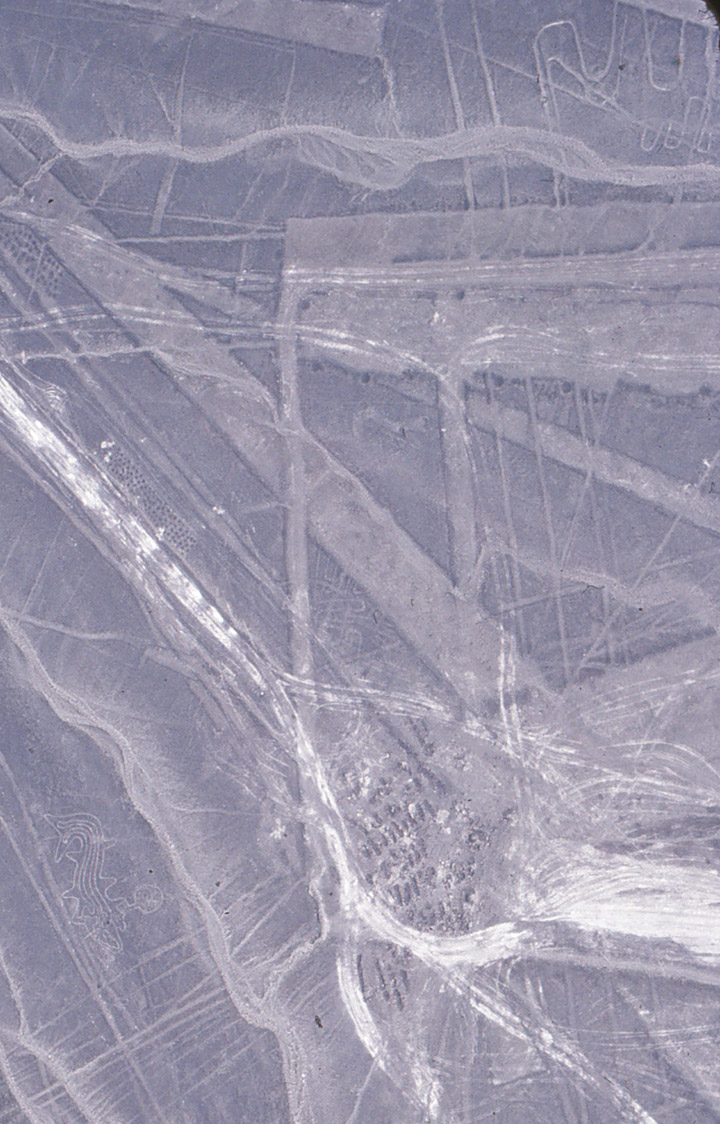 The Nazca Lines are located in the Pampa region of Peru, the desolate plain of the Peruvian coast which comprises the Pampas of San Jose (Jumana), Socos, El Ingenio and others in the province of Nasca, which is 400 Km. South of Lima, covers an area of approximately 450 km2, of sandy desert as well as the slopes of the contours of the Andes. They cover nearly 400 square miles of desert. Etched in the surface of the desert pampa sand about 300 hundred figures made of straight lines, geometric shapes most clearly visible from the air. They were supposedly built by an ancient civilization called the Nazca. 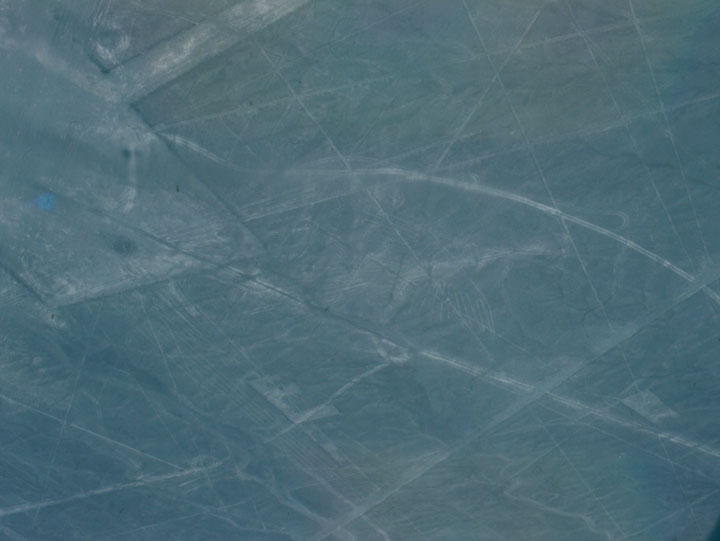 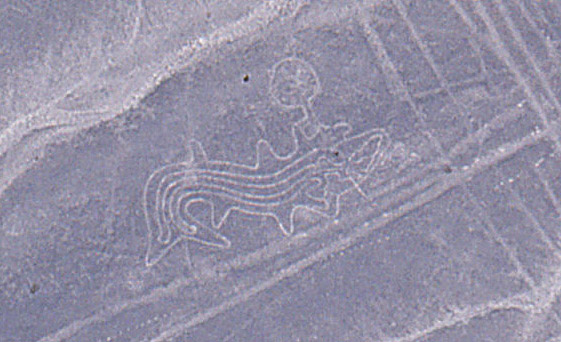 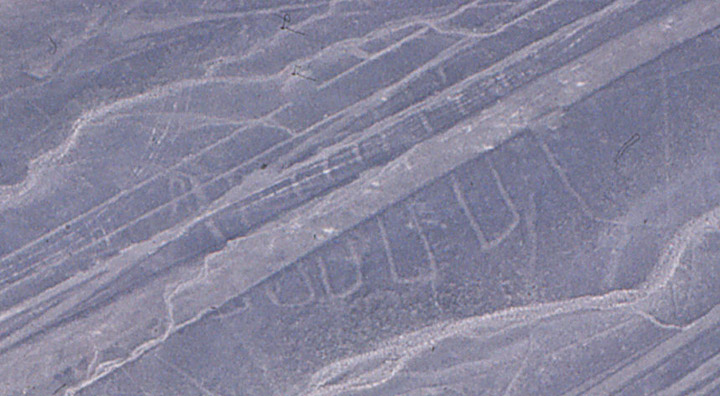 The Nazca plain is virtually unique for its ability to preserve the markings upon it, due to the combination of the climate (one of the driest on Earth, with only twenty minutes of rainfall per year) and the flat, stony ground which minimises the effect of the wind at ground level. With no dust or sand to cover the plain, and little rain or wind to erode it, lines drawn here tend to stay drawn. These factors, combined with the existence of a lighter-coloured subsoil beneath the desert crust, provide a vast writing pad that is ideally suited to the artist who wants to leave his mark for eternity. 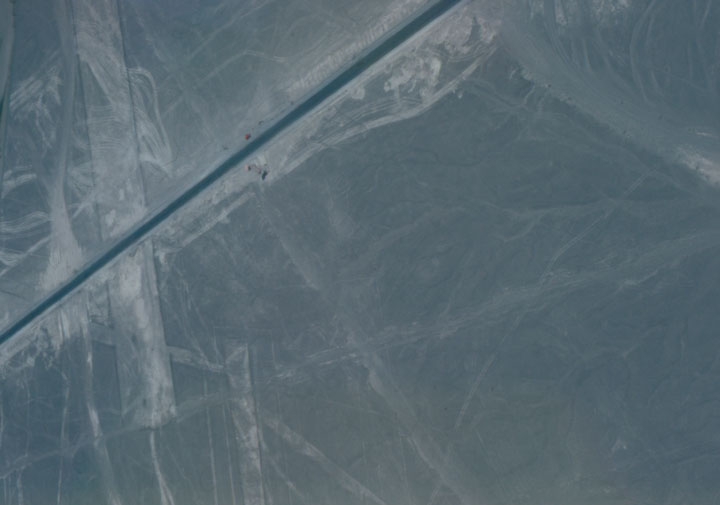 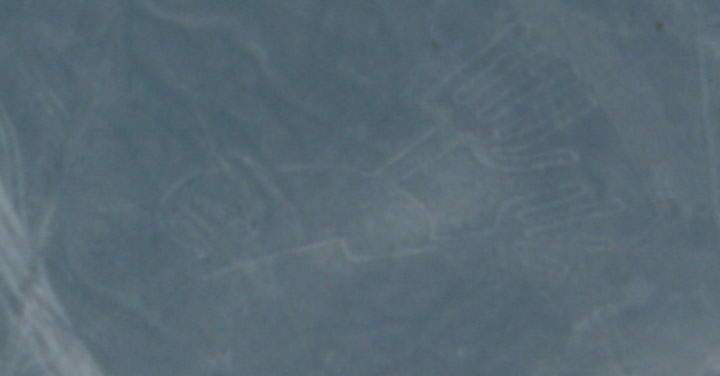 detail from above photograph 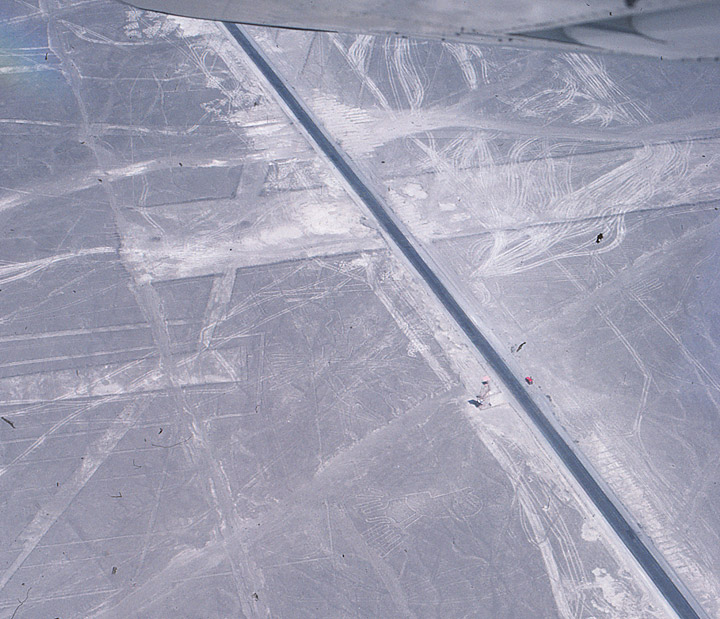 The pebbles which cover the surface of the desert contain ferrous oxide. The exposure of centuries has given them a dark patina. When the gravel is removed, they contrast with the color underneath. In this way the lines were drawn as furrows of a lighter color, even though in some cases they became prints. In other cases, the stones defining the lines and drawings form small lateral humps of different sizes. Some drawings, especially the early ones, were made by removing the stones and gravel from their contours and in this way the figures stood out in high relief. 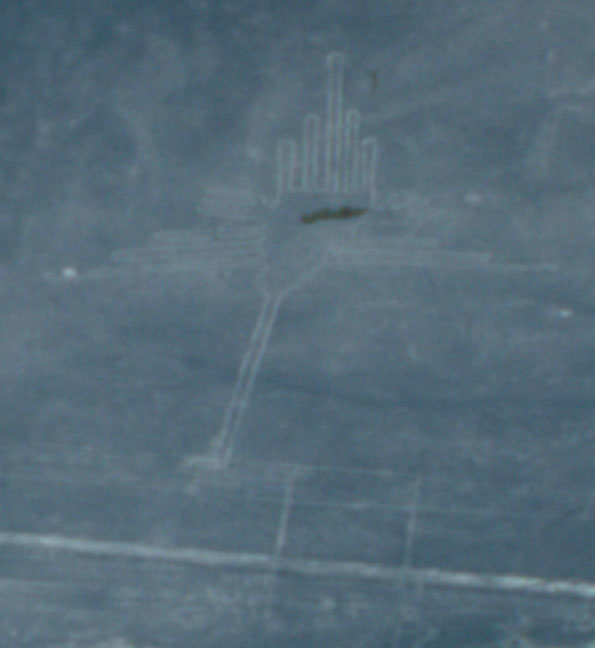 detail of a bird 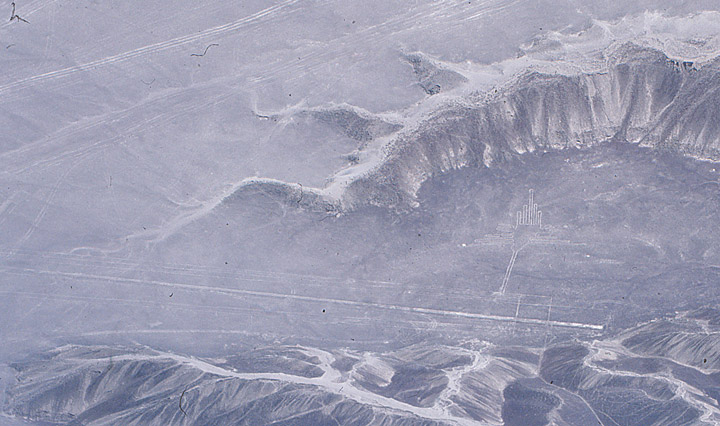 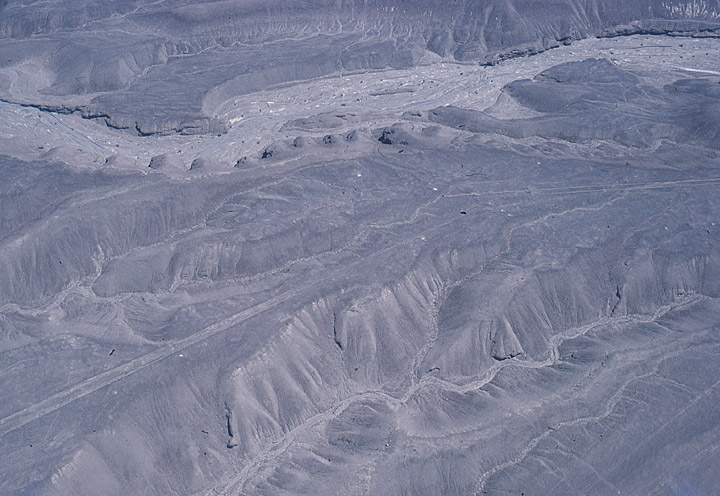 The concentration and juxtaposition of the lines and drawings leave no doubt that they required intensive long-term labor as is demonstrated by the stylistic continuity of the designs, which clearly correspond to the different stages of cultural changes. 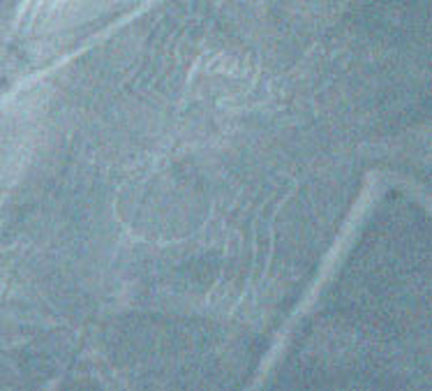 Maria Reiche was the most famous Nazca Researcher. She contended that the lines should show in direction of the rising of important stars and planetary events like sun solstices. Formations like the spider and the monkey could show star constellations like Orion and Ursa Mayor. 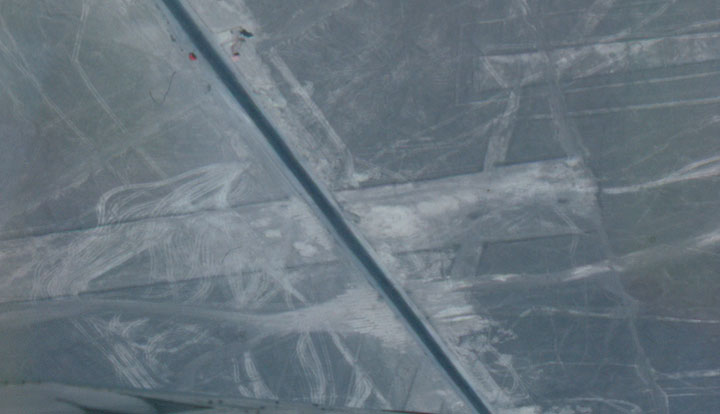 Reiche led a determined effort to discredit theories of extraterrestrial visitors. The strategy of this attack has been to argue that the Nazca Indians constructed the Lines relatively recently - some time between 300 BC and AD 800. 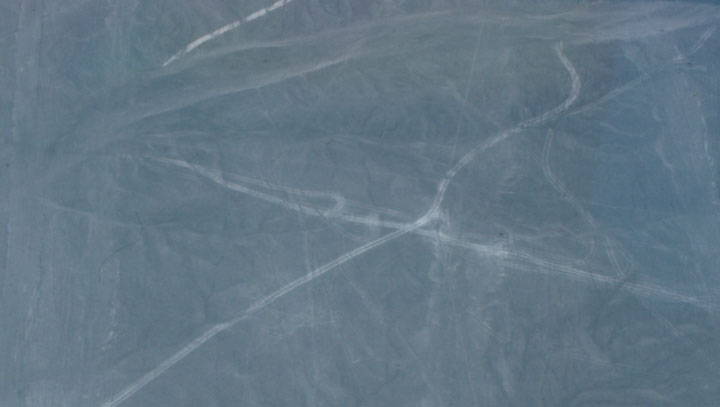 In support of this possibility, some scientists have put forward ingenious ideas on how the geoglyphs could theoretically have been designed from the ground. The more important evidence, however, is that which attempts to link the Lines definitively to the Nazcan culture. Here, neither of the two key pieces of evidence survive close scrutiny.

The first piece of evidence is a series of radiocarbon dates, based on ceramic and wood remains which were left at the Lines by the Nazcan people. It is claimed that this proves that the Nazcans constructed the Lines. On the contrary, the dating of these materials tells us only that the Nazcans lived in the area of the Nazca Lines. Since the Lines themselves cannot be radiocarbon dated, the possibility remains that they already existed when the Nazcan culture emerged. 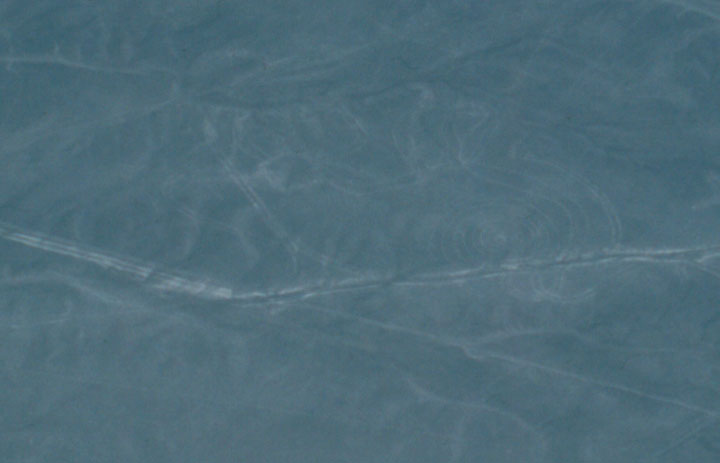 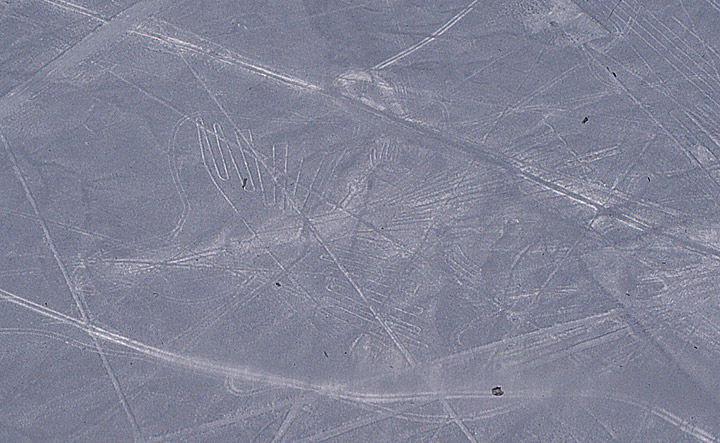 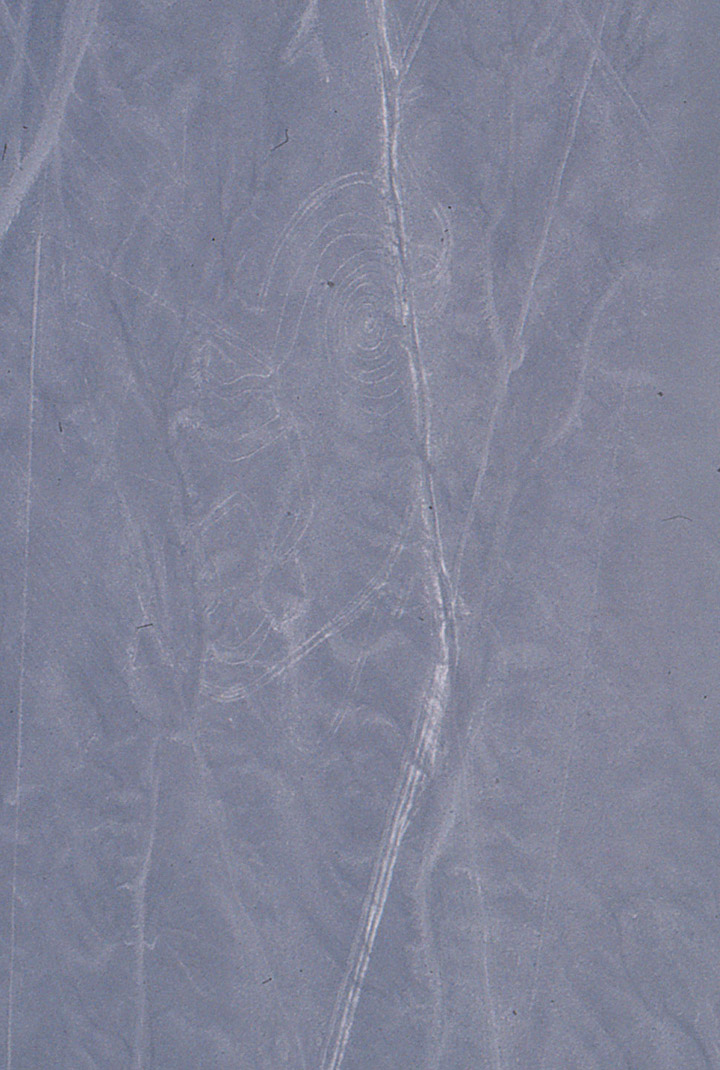 The second piece of evidence is the alleged resemblance of the Nazca geoglyphs to certain features found on Nazcan pottery. This is an important issue because it potentially offers proof that the Nazcans had either designed the images or at least viewed them from the air. 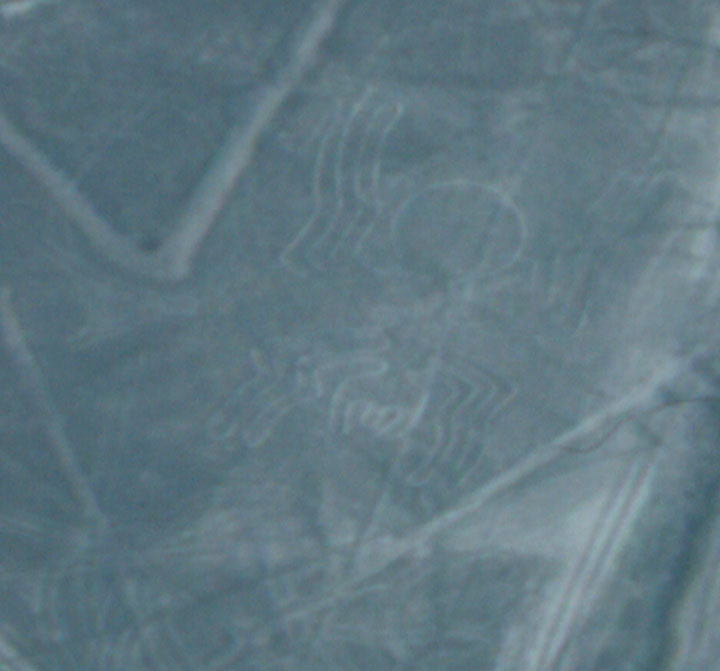 Maria Reiche, the German mathematician and archaeologist most famous for her research into the enigmatic figures of Nazca, died in 1998 at the age of 95. She is buried in the arid valley she loved so well.