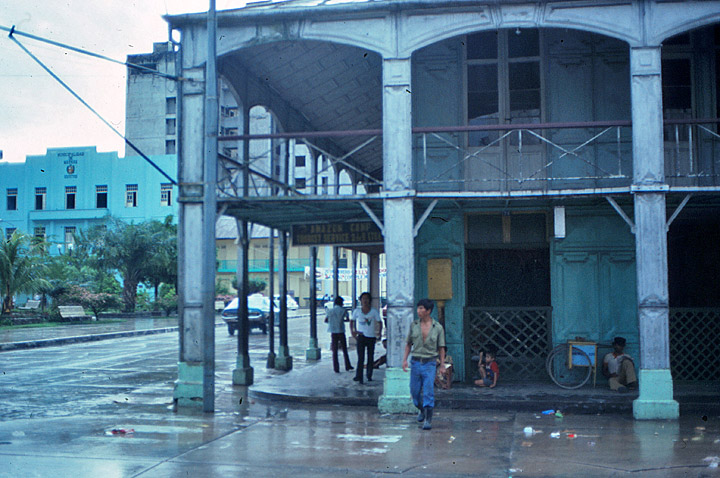 iron building by Eiffel in Iquitos

Eiffel, Gustave Alexandre (1832-1923), French engineer and builder, most famous for the construction of the tower in Paris that bears his name. Born in Paris, his family included artisans and timber and coal merchants. Eiffel was educated at the Lycée Royal in Dijon and the College Sainte-Barbe in Paris, and he graduated from the École Centrale des Arts et Manufactures in 1855, joining a company that produced steam engines. In 1858 the company was granted a contract to erect a railway bridge in Bordeaux. Eiffel oversaw the construction with such success that in 1866 he founded his own company and soon became known for his wrought-iron structures. Starting in 1872 he attracted foreign contracts, and in 1877 he erected over the Douro River in Porto (Oporto), Portugal, a steel arch bridge 160 m (525 ft) in height. 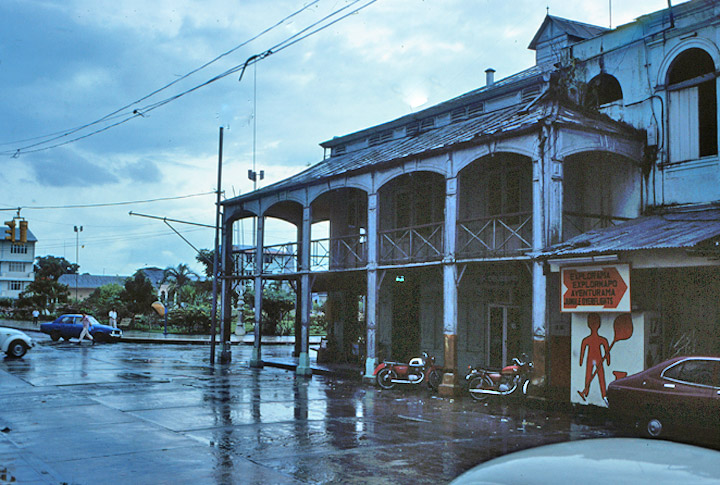 Eiffel's work combined expert craftmanship and graceful design, qualities that are evident in the Garabit viaduct in France. Completed in 1884, it was for a time the highest bridge in the world, winning Eiffel's factory a worldwide reputation for excellence. Eiffel cast Frédéric-Auguste Bartholdi's colossal statue Liberty Enlightening the World , which was dedicated in New York in 1886. Soon after, he began work on his greatest project, the building of the Eiffel Tower. It was completed in 1889 for the celebration of the centennial of the French Revolution (1789-1799). The imposing tower—constructed of 7,000 tons of iron in 18,000 parts held together by 2,500,000 rivets—rises to a height of 300m (984 ft), and continues to dominate the Paris skyline. In the early 1890s Eiffel gave up the daily management of his business and became absorbed in the new science of aerodynamics.) 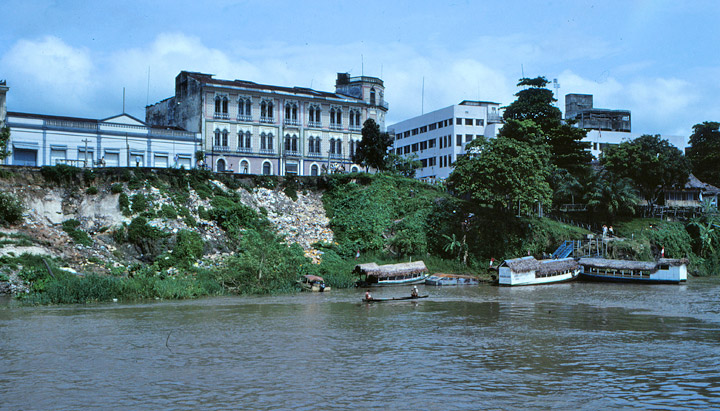 Iquitos on the Amazon river 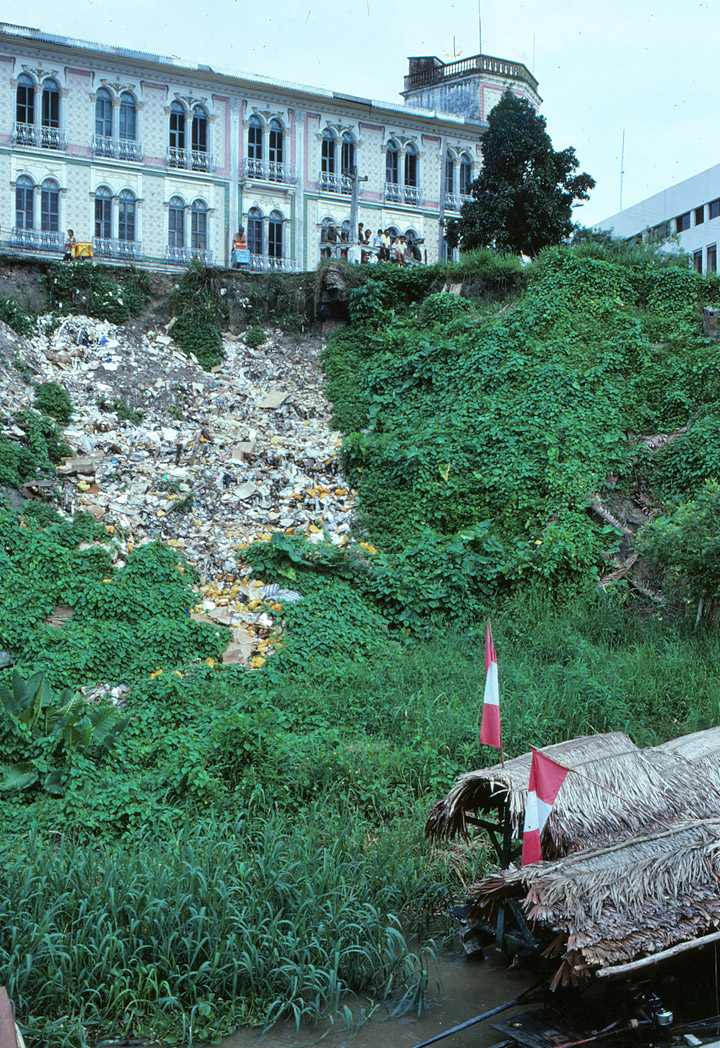 , city, northeastern Peru, capital of Loreto Department. It is a port on the Amazon River, approximately 100 km (about 60 mi) from the point at which the Marañón River unites with the Ucayali River to form the mainstream of the Amazon. 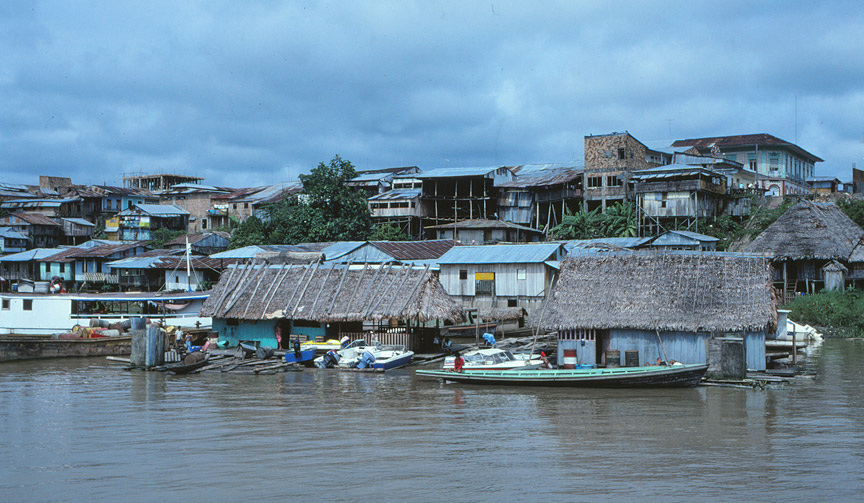 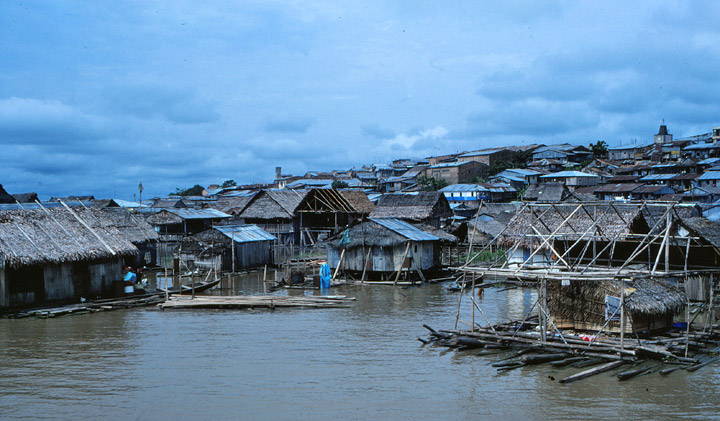 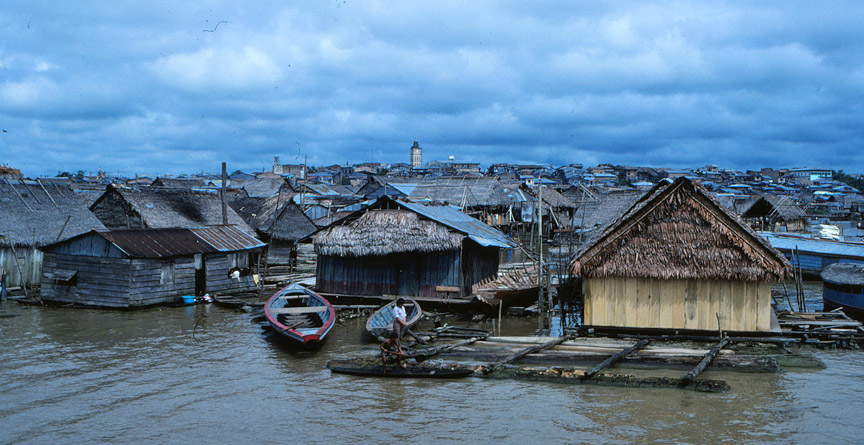 homes on the river

The city is the commercial outlet for the surrounding region, which yields rubber, balata, chicle, nuts, timber, rice, coffee, and tobacco. Cotton gins, sawmills, and distilleries are here. 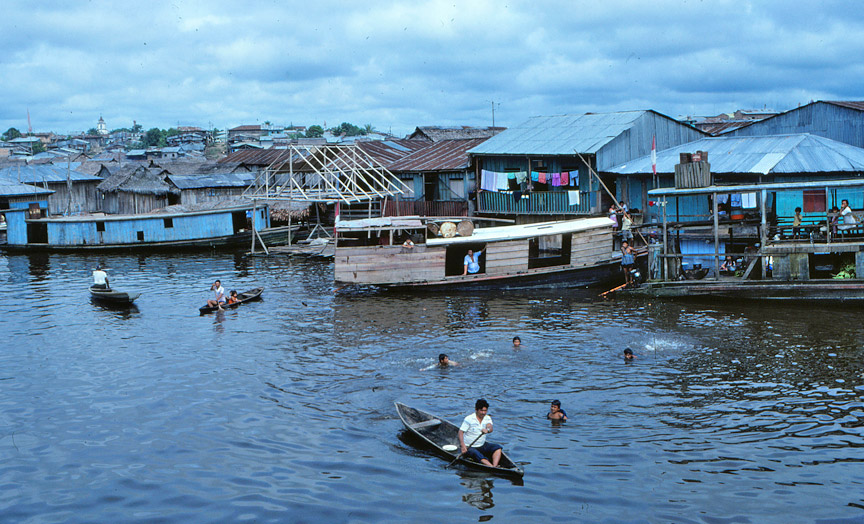 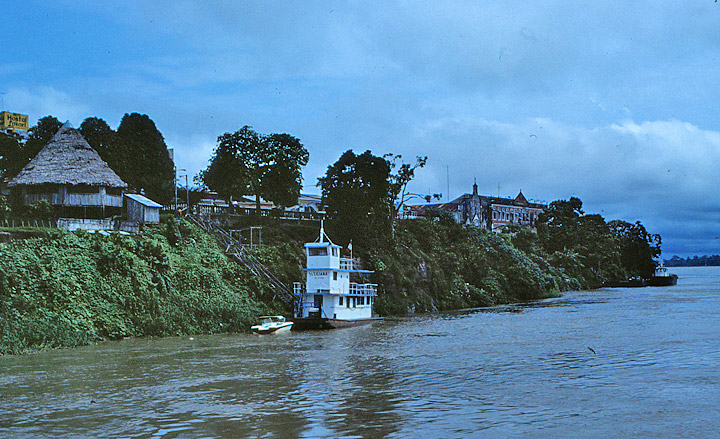 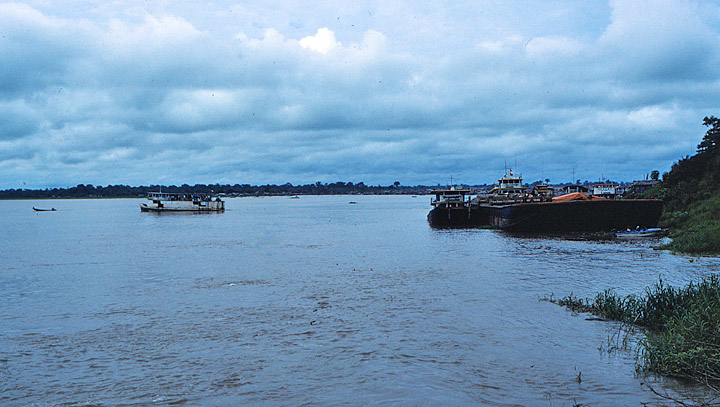 Located about 3700 km (about 2300 mi) upstream from the mouth of the Amazon on the Atlantic Ocean, Iquitos is one of the farthest inland ports of major size in the world. Oceangoing vessels visit regularly. 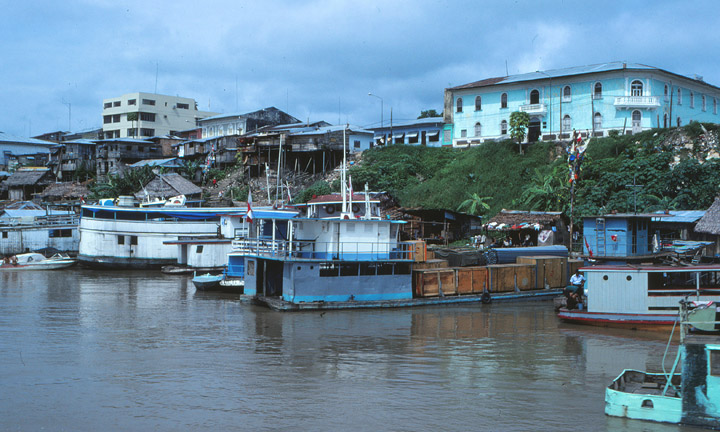 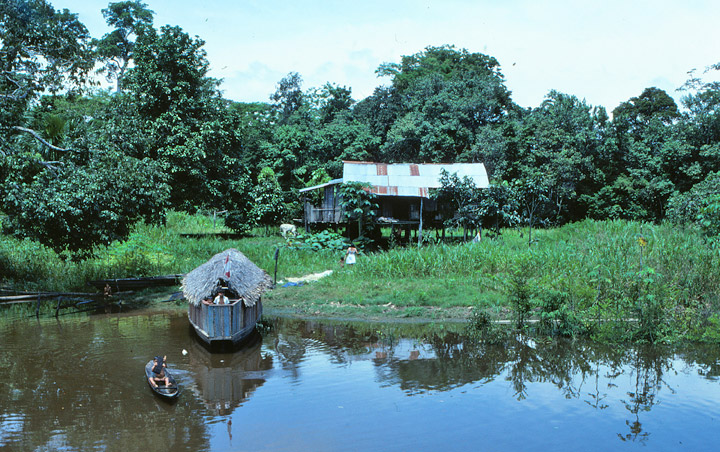 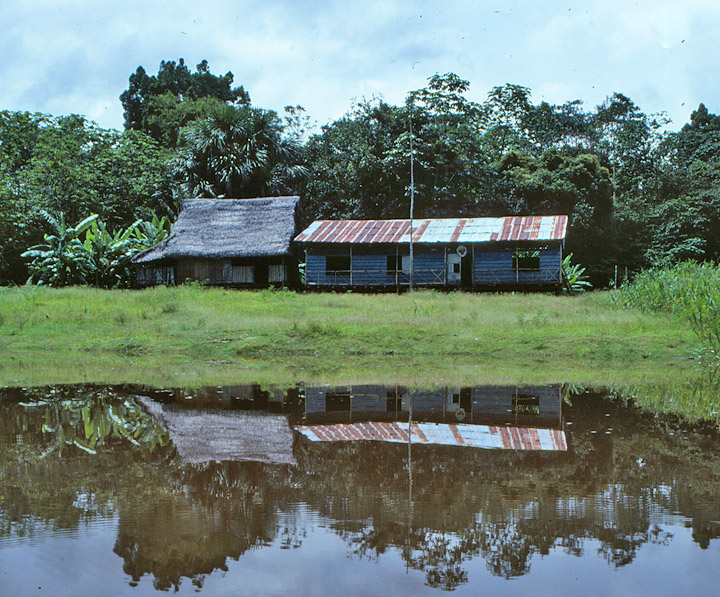 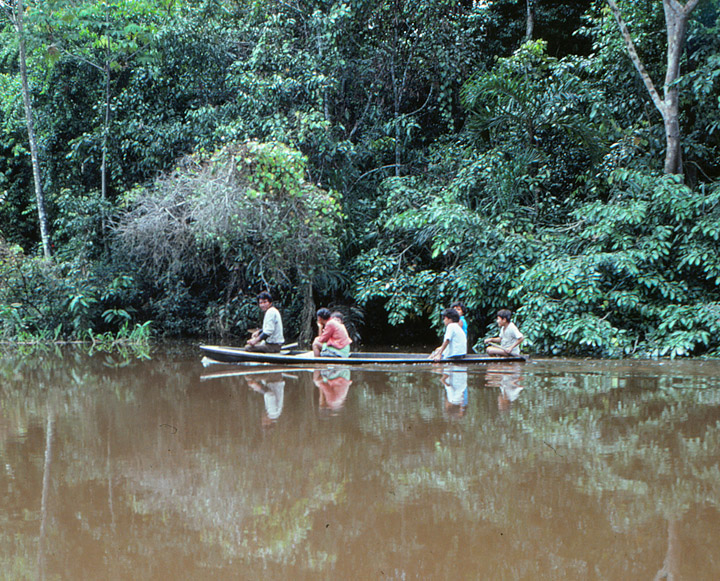 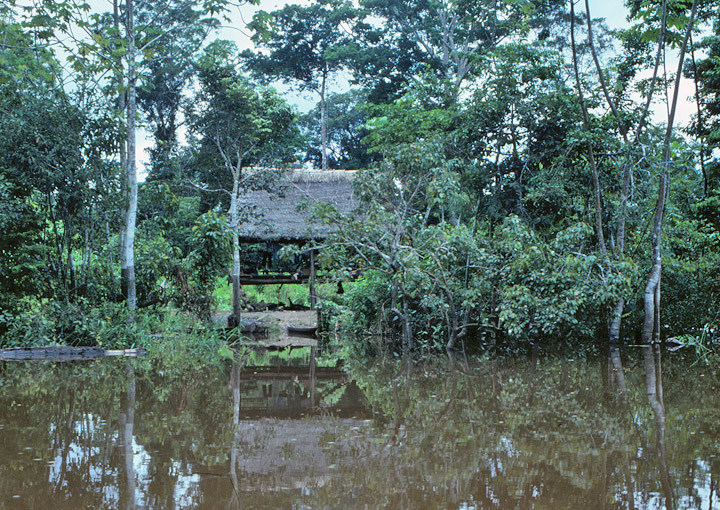 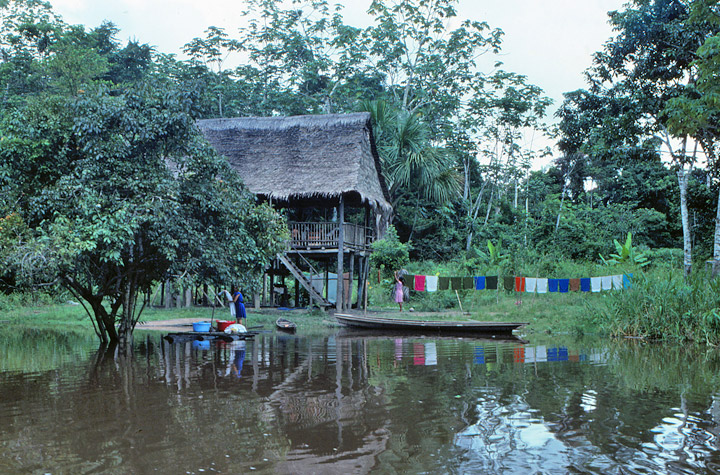 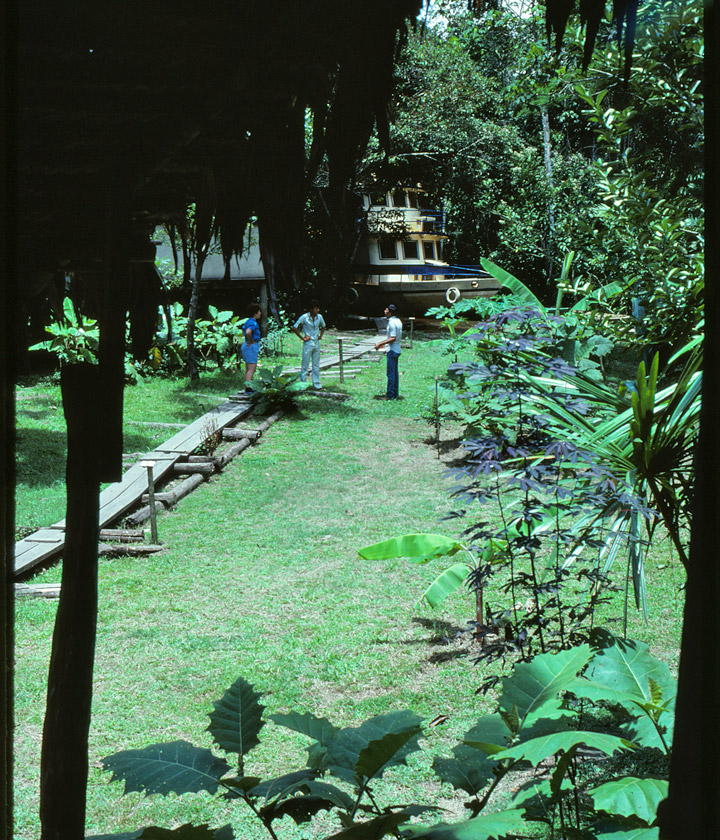 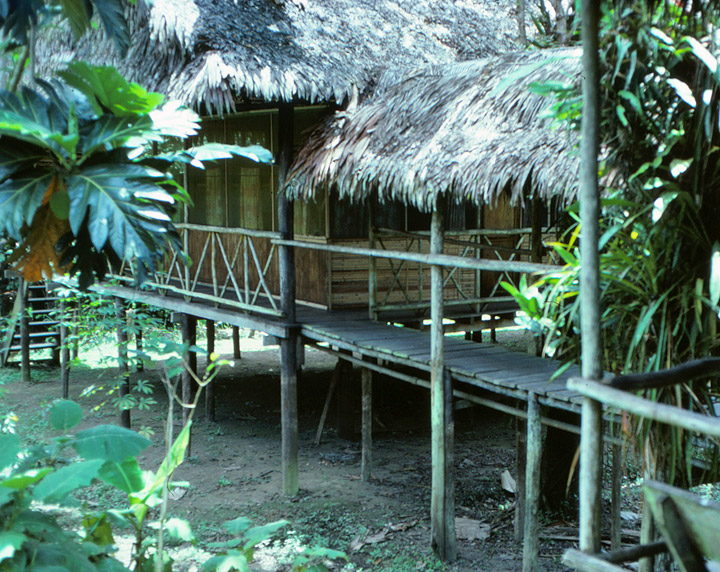 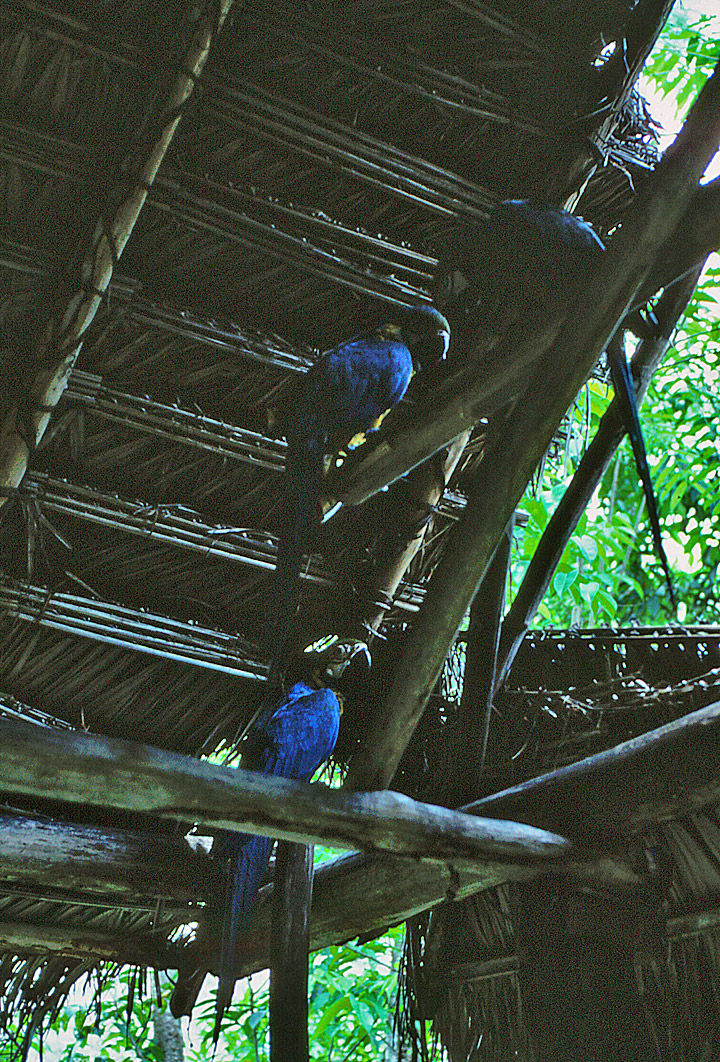