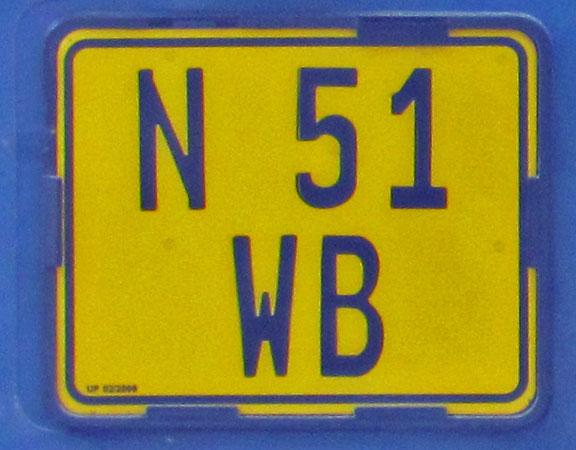 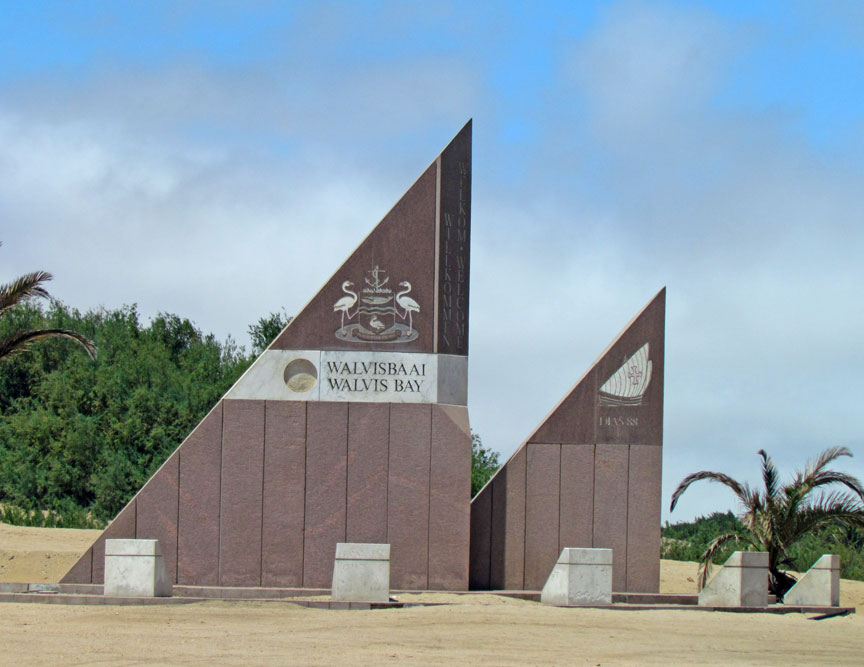 Walvis Bay (Afrikaans Walvisbaai, German Walfischbucht or Walfischbai, all meaning "Whale Bay"), is a city in Namibia and the name of the bay on which it lies. The town has 43,700 inhabitants and owns 29 square kilometers (11 sq mi) of land. 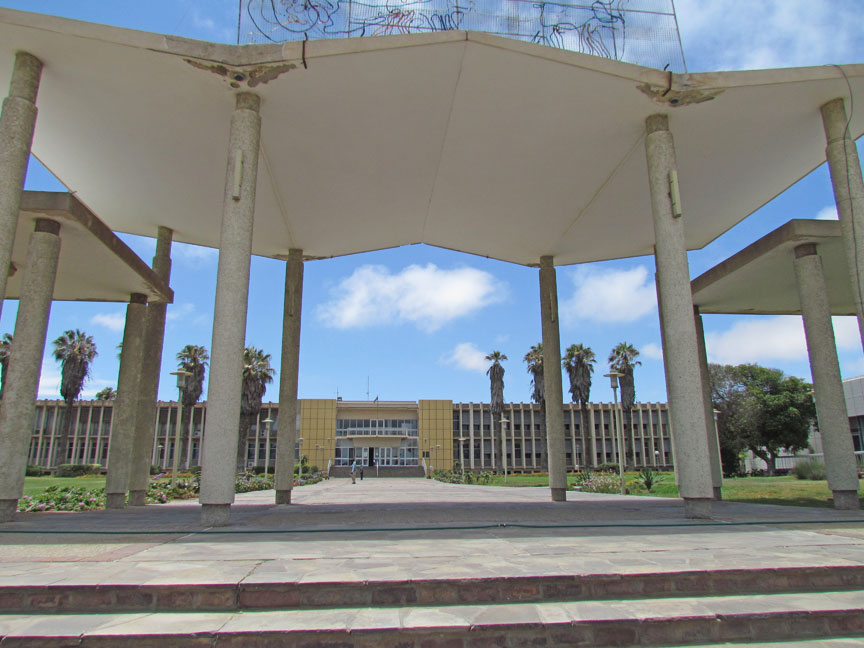 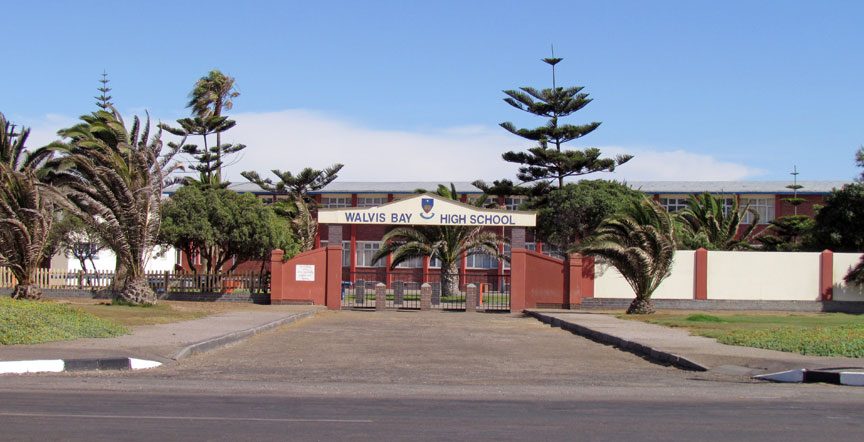 The bay has been a haven for sea vessels because of its natural deepwater harbor, protected by the Pelican Point sand spit, being the only natural harbor of any size along the country's coast. Being rich in plankton and marine life, these waters also drew large numbers of whales attracting whalers and fishing vessels. The Dutch referred to it as Walvisch Baye and the English as Whale Bay. In its eventual proclamation it came to be called Walfish Bay, and ultimately Walvis Bay. It has also been referred to as Walwich Bay or Walwisch Bay. 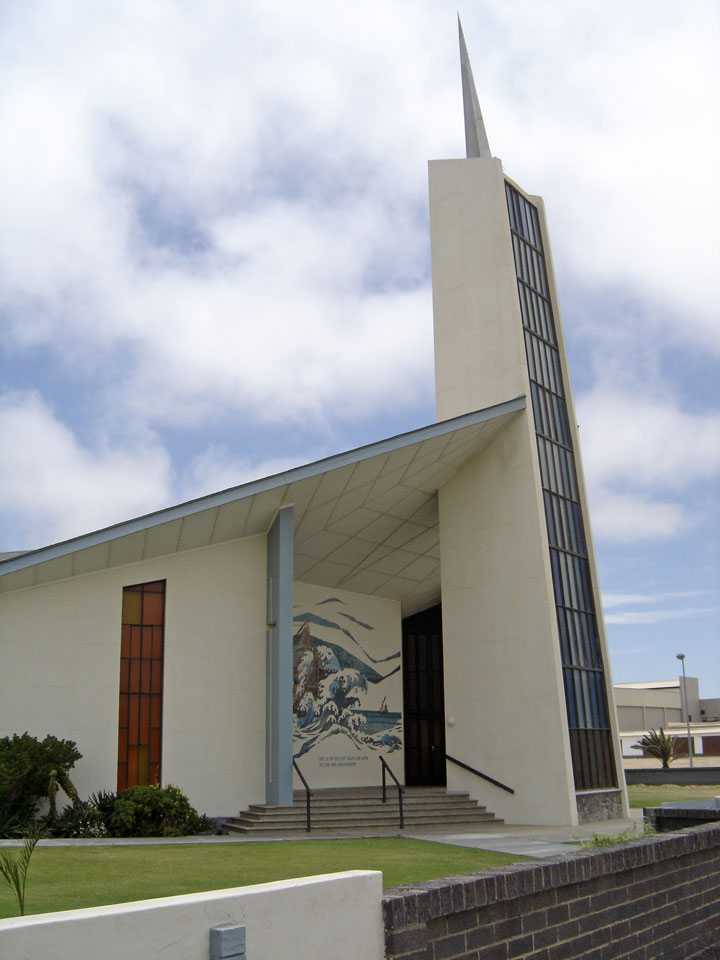 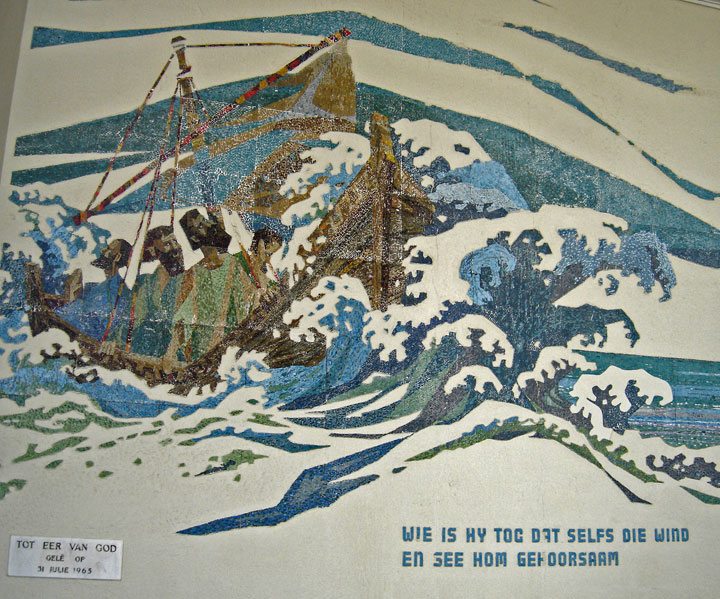 A succession of colonists developed the location and resources of this strategic harbor settlement. The harbor's value in relation to the sea route around the Cape of Good Hope had caught the attention of world powers since it was discovered. This explains the complicated political status of Walvis Bay down the years. 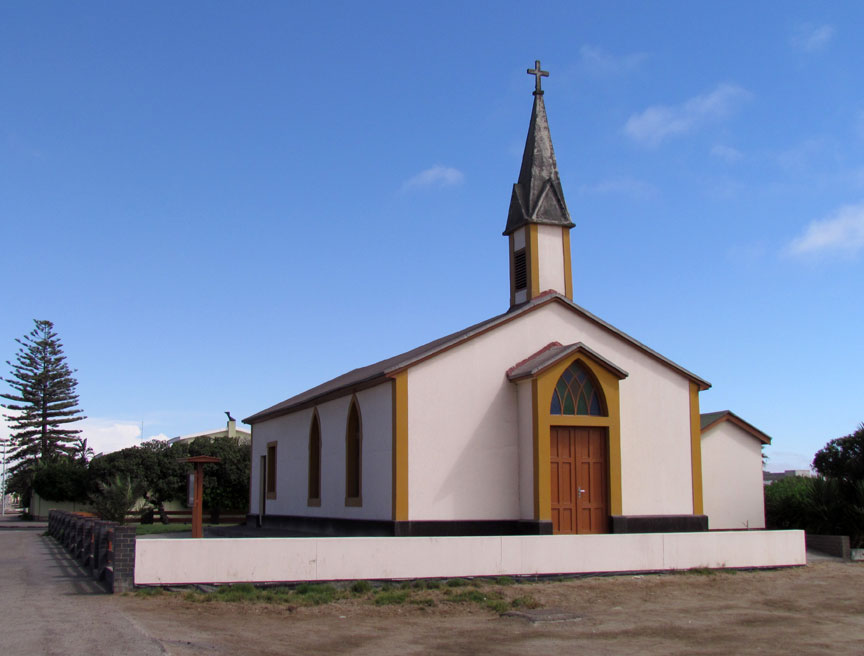 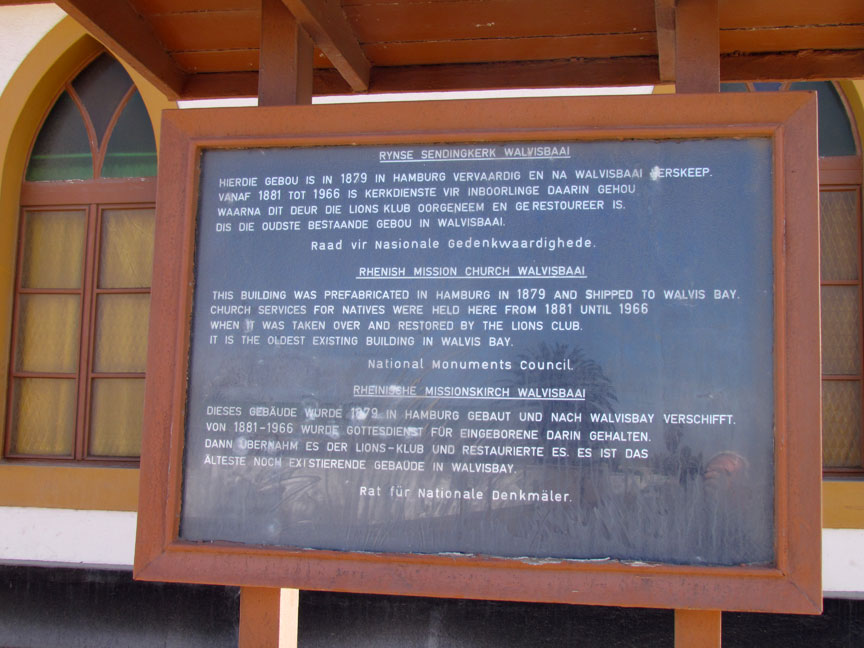 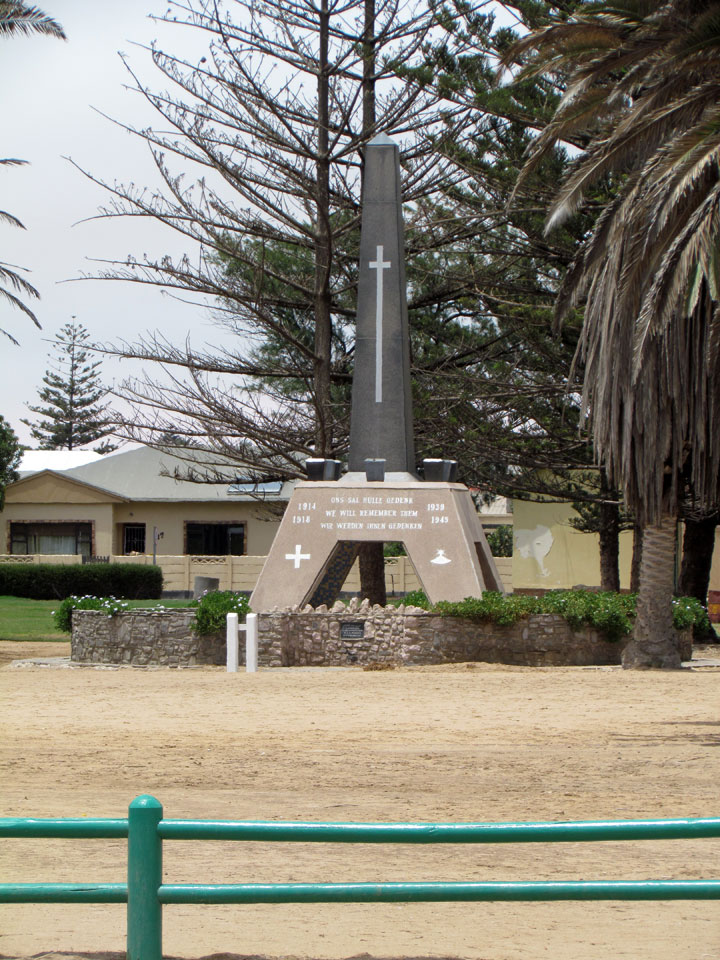 The town is situated in the Kuiseb river delta and lies at the end of the TransNamib Railway to Windhoek, and on the B2 road. 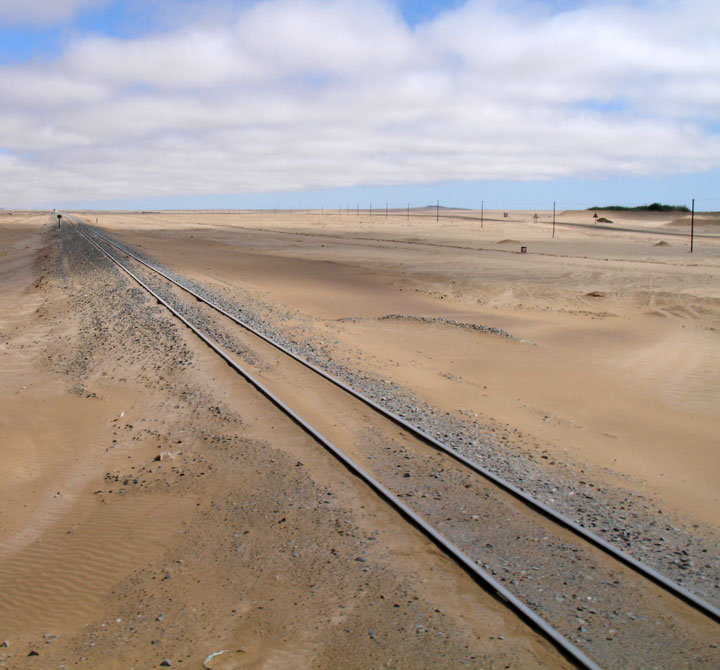 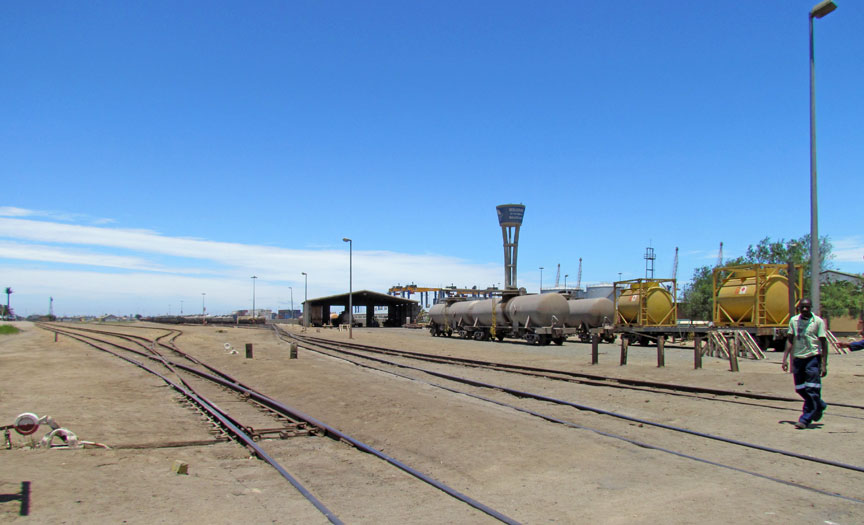 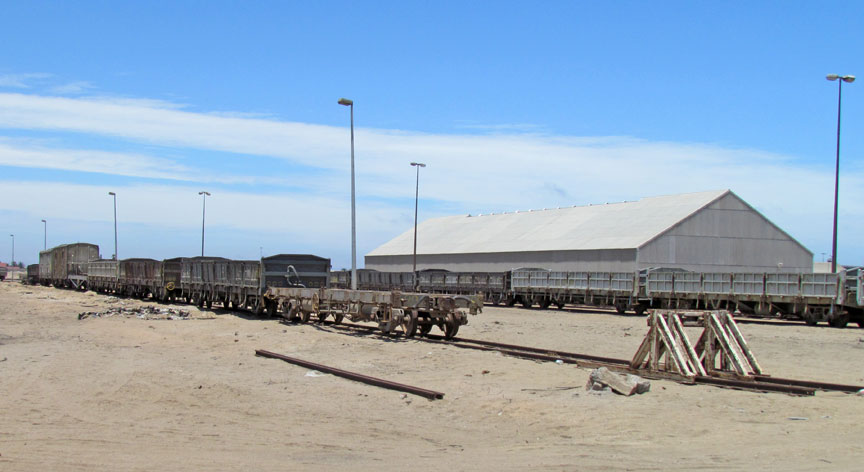 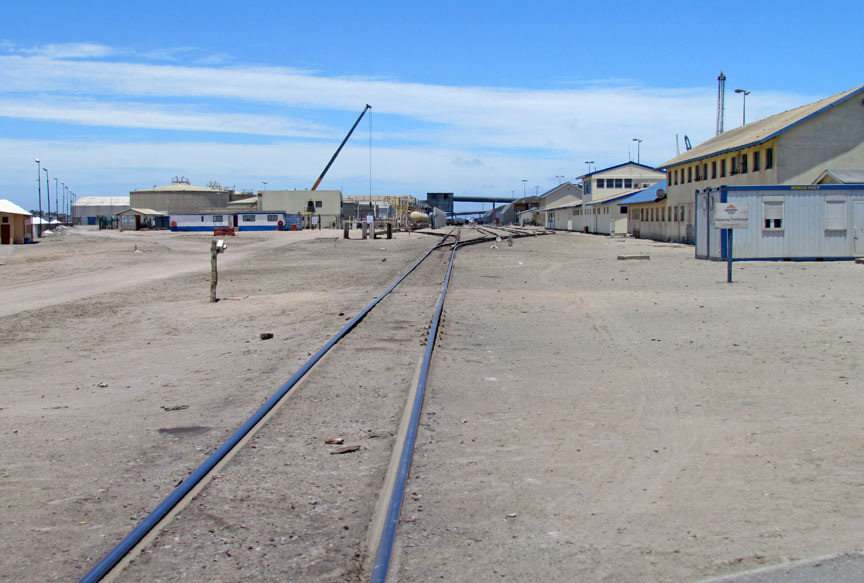 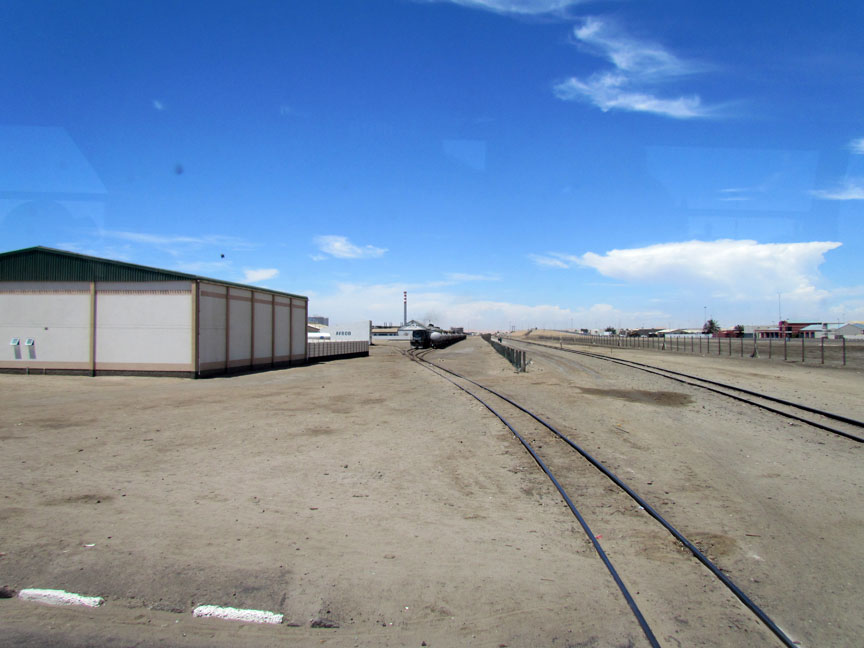 Walvis Bay, with its large bay and sand dunes, is the tourism activity center of Namibia. Other attractions include the artificial Bird Island, centre of a guano collection industry, the Dune 7 sand dune, salt works, birdlife and a museum. Kuisebmund Stadium, home to two clubs in the Namibia Premier League, is also located in the city and the beach resort of Langstrand lies just a few kilometers north. The Walvis Bay Export Processing Zone is an important facet of the local economy. 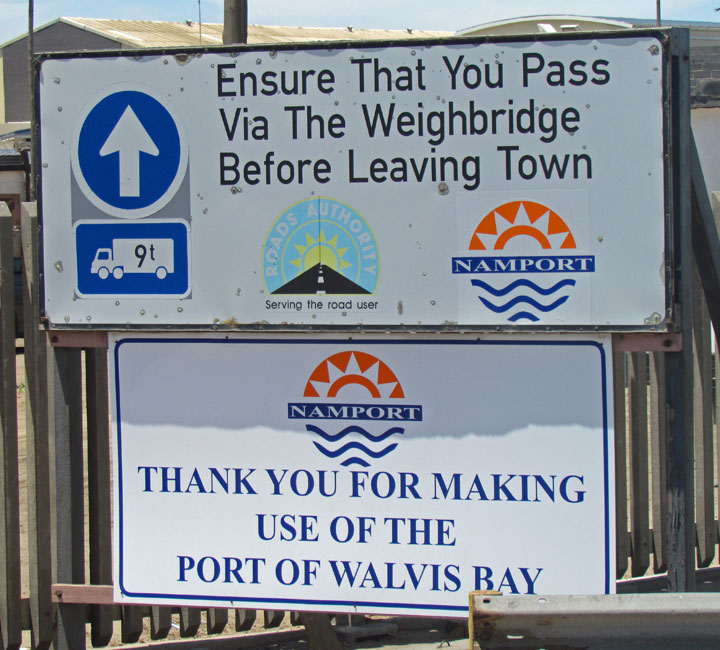 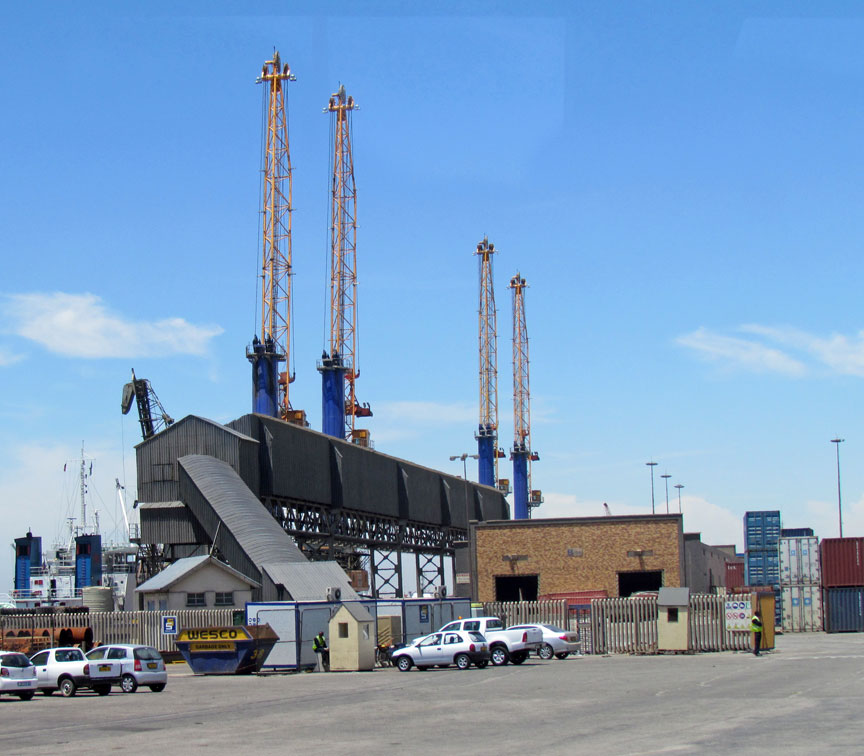 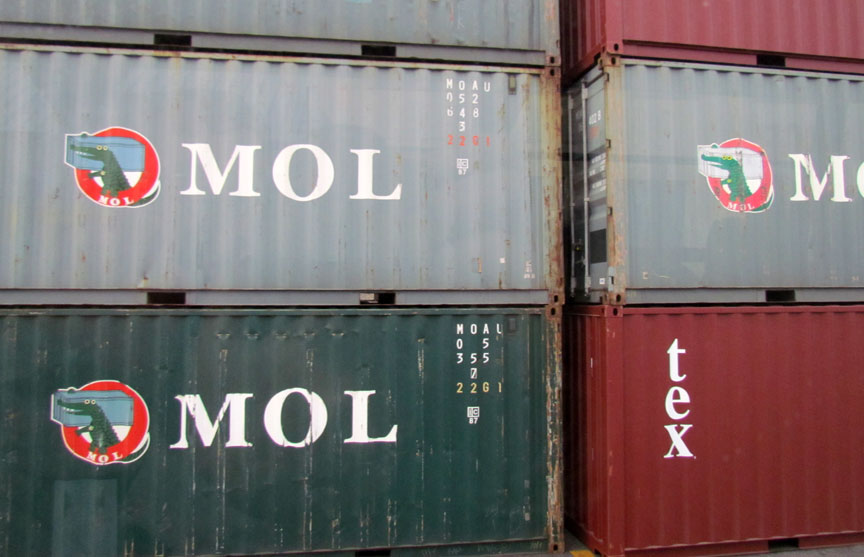 no work at the port

Portuguese navigator Diogo Cão reached Cape Cross, north of the bay, in 1485. He was followed by Bartolomeu Dias, who anchored his flagship São Cristóvão in what is now Walvis Bay on 8 December 1487, on his expedition to discover a sea route to the East via the Cape of Good Hope. He named the bay "O Golfo de Santa Maria da Conceição." However, the Portuguese did not formally stake a claim to Walvis Bay. 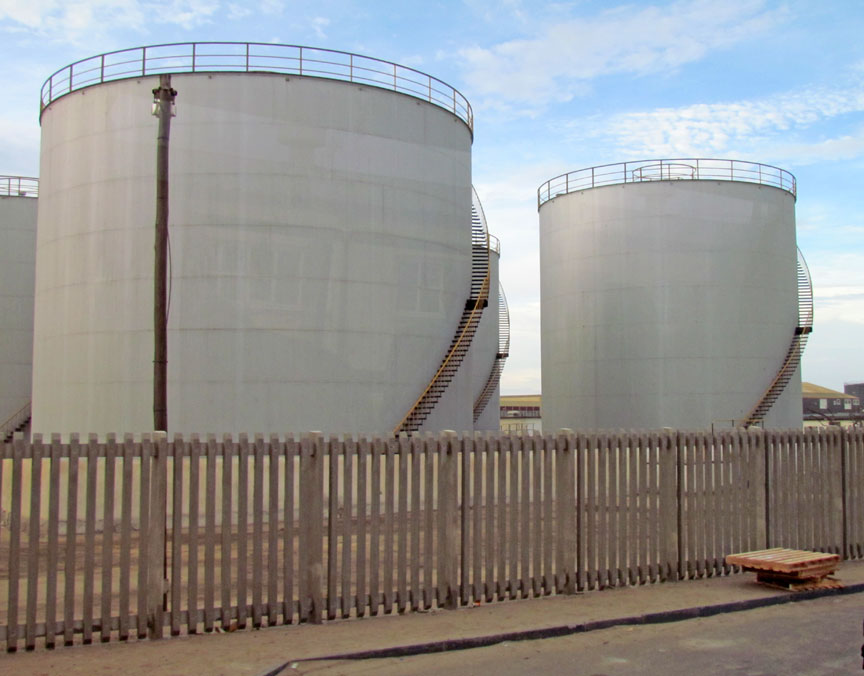 Little commercial development occurred on the site until the late 19th century. During the scramble for Africa, the United Kingdom annexed Walvis Bay and a small area surrounding the territory in 1878 to the Cape Colony both to forestall German ambitions in the region and to ensure safe passage of British ships around the Cape. In 1910, Walvis Bay, as well as the Cape Colony, became part of the newly formed Union of South Africa. However, a dispute arose with Germany over the enclave's boundaries. This was eventually settled in 1911 and Walvis Bay was allocated an area of 434 square miles (1,124 km2). 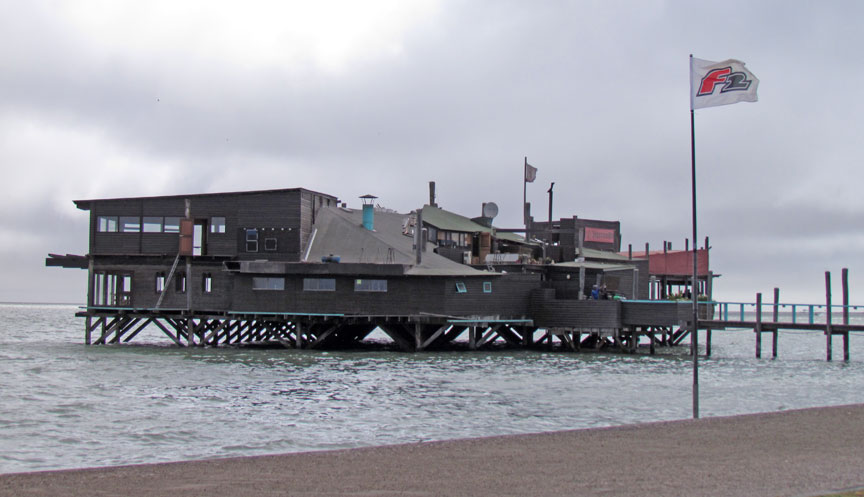 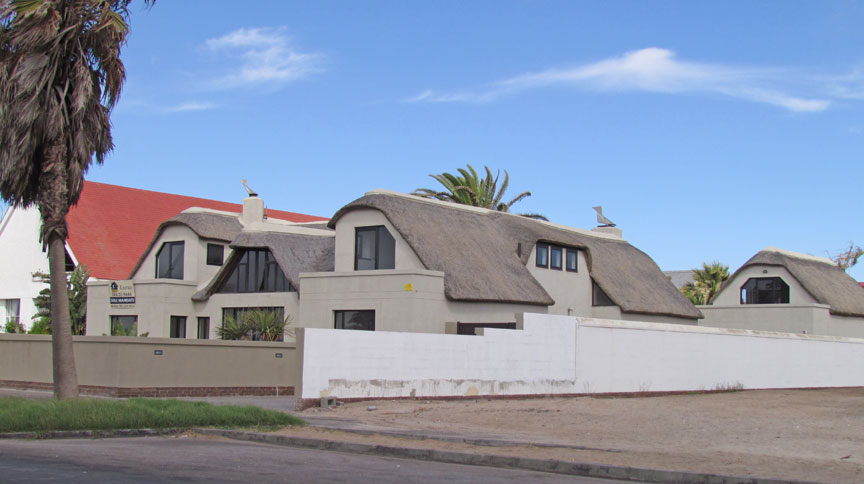 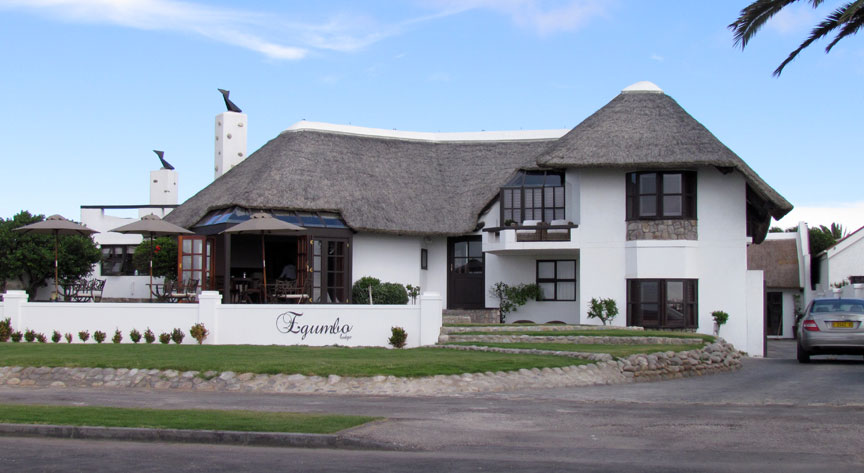 In 1971, anticipating an imminent ceding of its control over South-West Africa, South Africa transferred control of Walvis Bay back to its Cape Province, thus making it an exclave. In 1977, in an attempt to avoid losing control of Walvis Bay to a possibly hostile SWAPO-led government, the South African government reimposed direct rule and reasserted its claim of sovereignty based on the original annexation. In 1978, the United Nations Security Council provided for bilateral negotiations between South Africa and a future Namibia to resolve the political status of Walvis Bay. 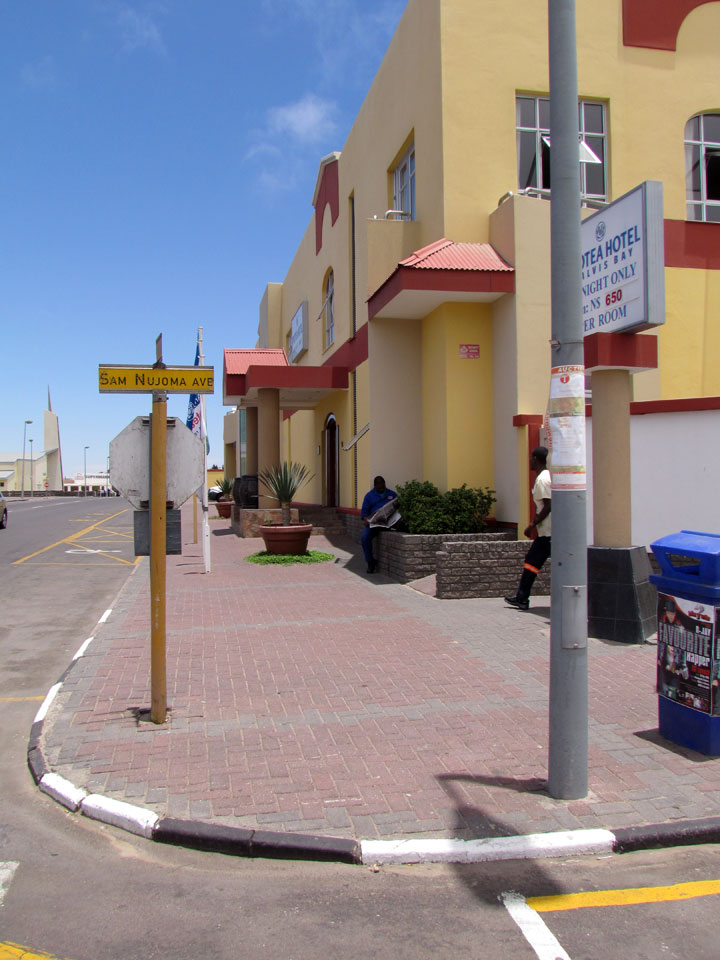 In 1990 South-West Africa gained independence as Namibia but Walvis Bay remained under South African sovereignty. At midnight on 28 February 1994 sovereignty over Walvis Bay was formally transferred to Namibia, as were the Penguin Islands. 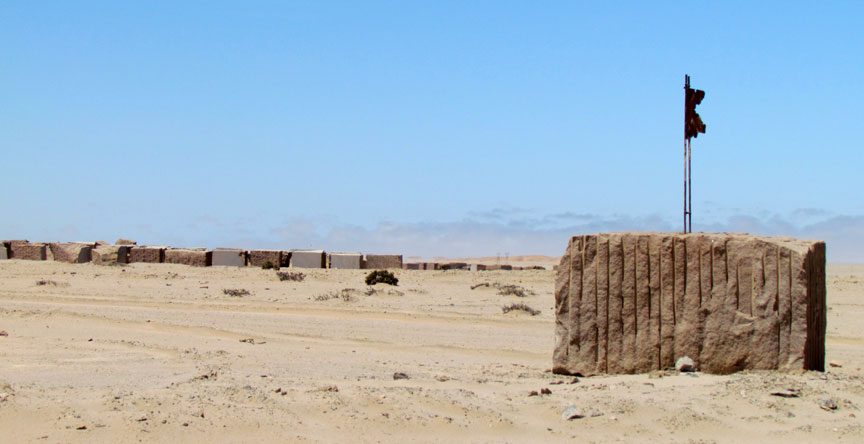 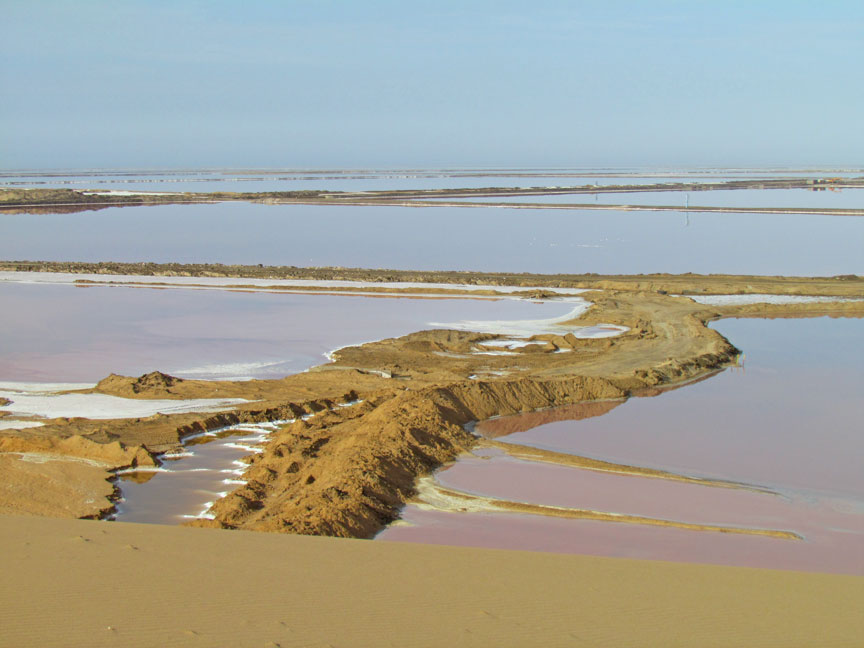 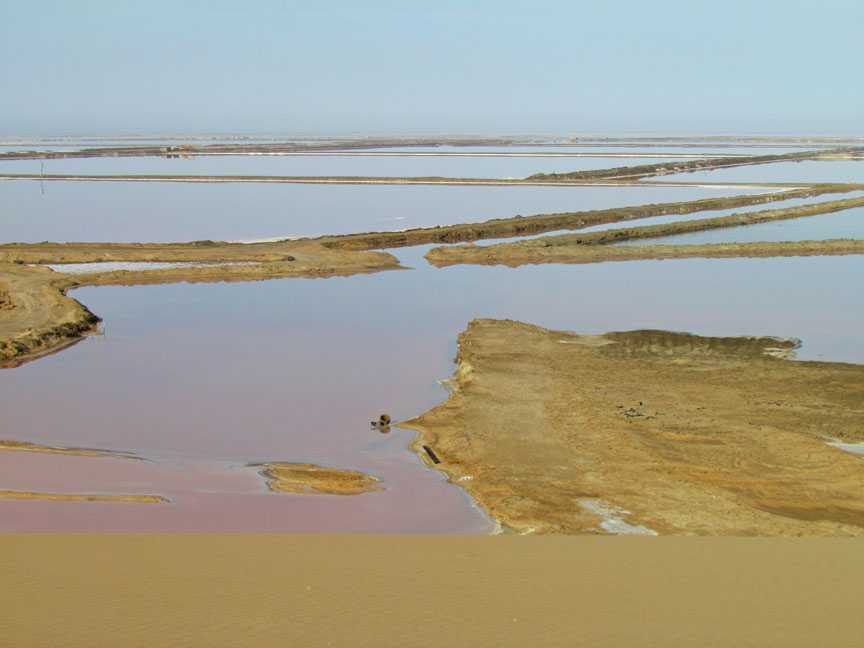 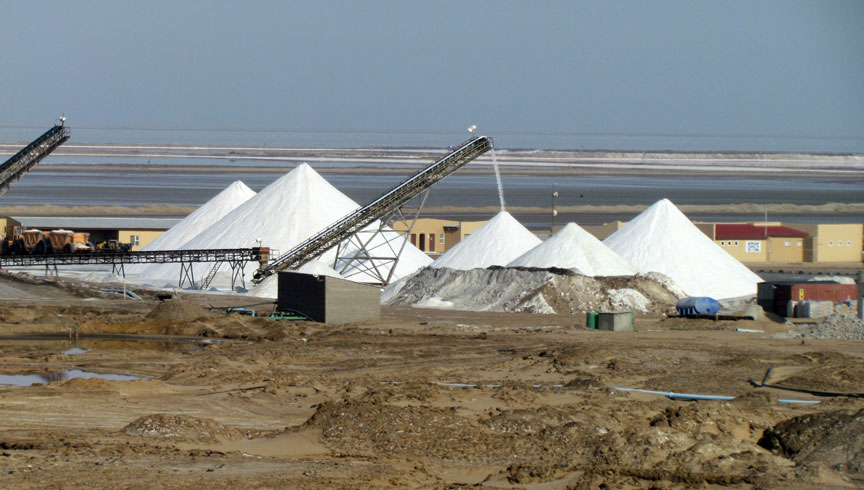 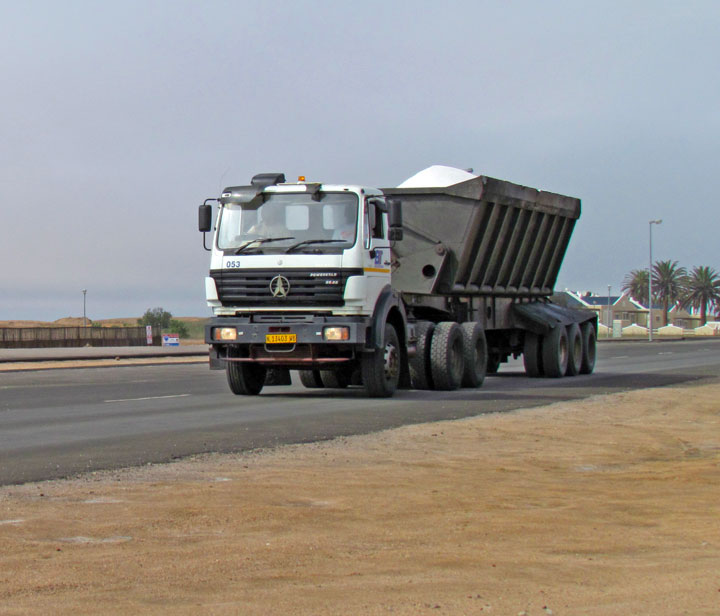