in the Kingdom of Buganda 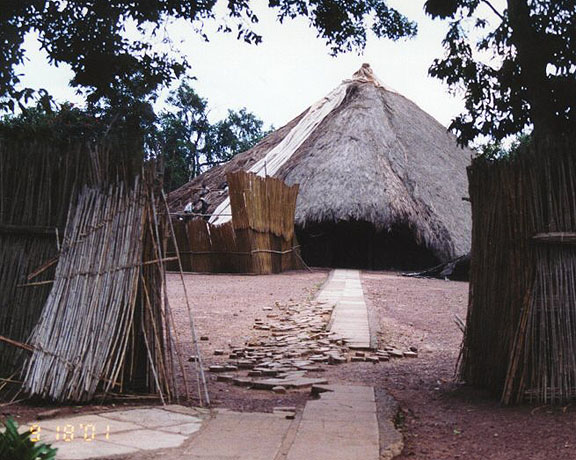 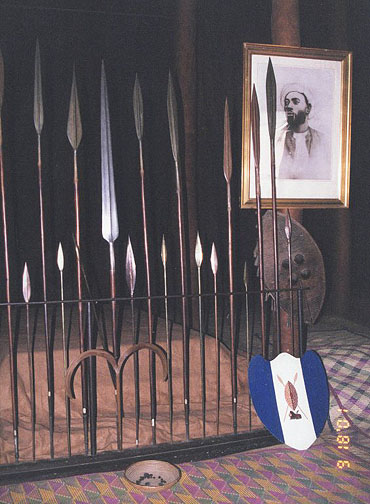 The first Europeans to visit Uganda were the British explorers John Hanning Speke and James Grant when they were searching for the source of the Nile in 1862. They were followed by Samuel White Baker and Charles George Gordon commanding Egyptian troops. The Anglo-American explorer Henry Morton Stanley, welcomed by Kabaka Mutesa I (reigned 1852-1884), reported the king's eagerness to understand Christianity. Soon both Protestant and Roman Catholic missionaries were working in Buganda. Within a decade the factions they created caused a civil war. 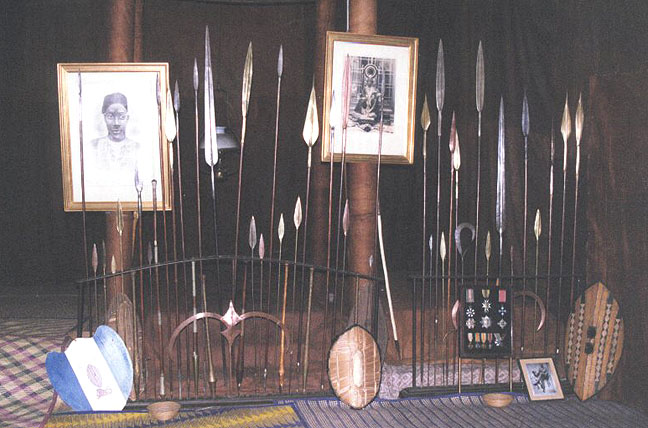 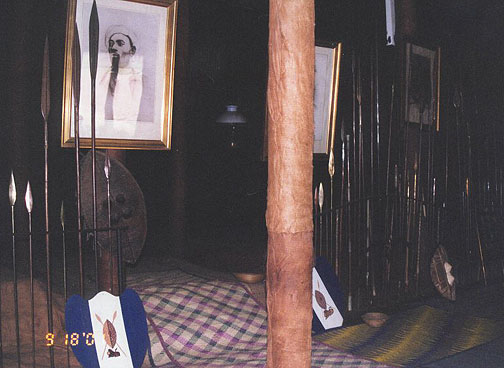 entrance to grave sites
(note Lamp given by Queen Victoria) 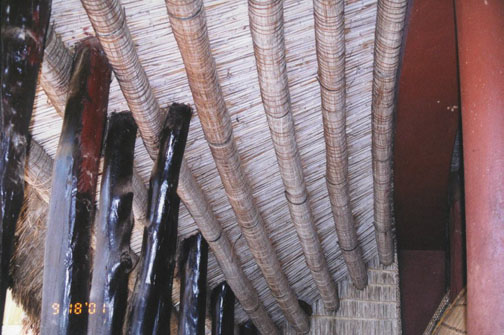 ribbing in the ceiling depicts the number of tribes 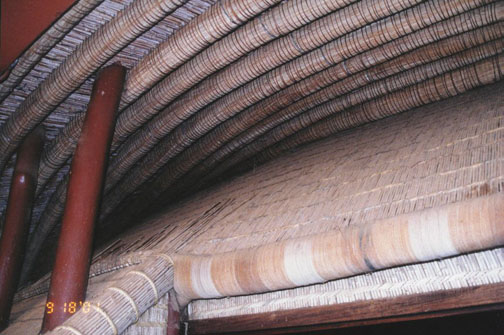 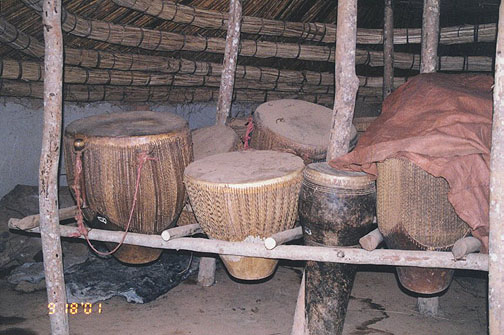 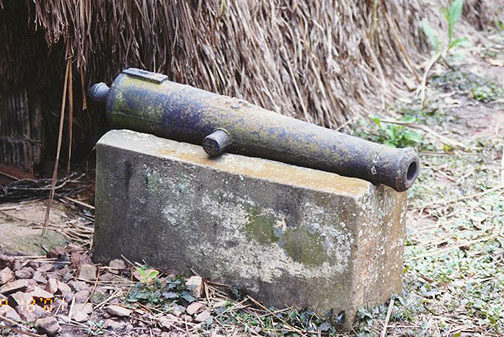 Portuguese cannon
(gift to the Kabaka)

huts for the wives around the compound 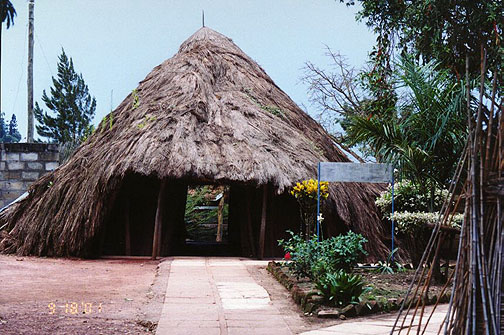 compound entrance
(low overhead so all have to stoop) 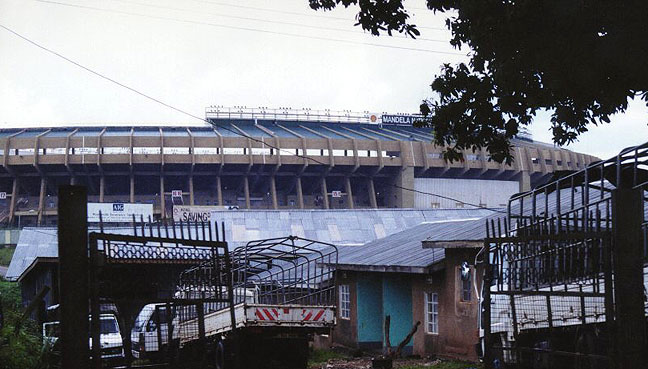 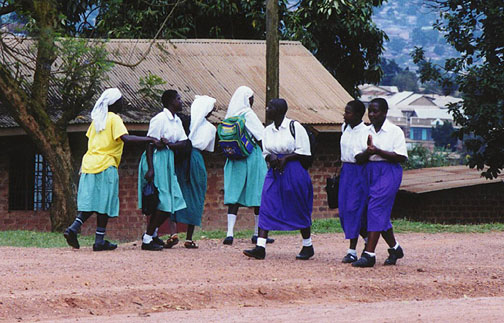 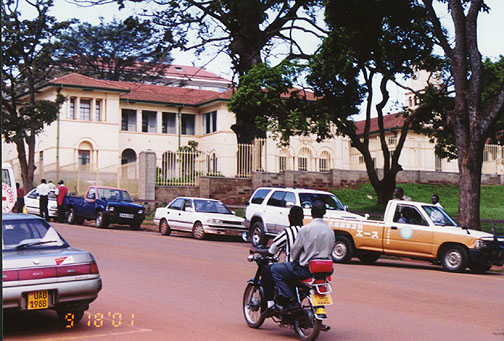 school children on the way home 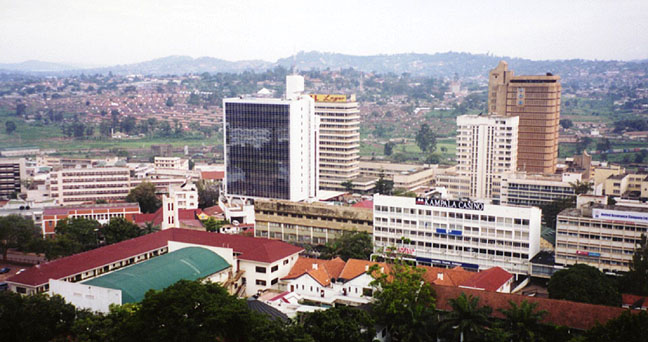