, small island, northern Michigan, commanding the Lake Huron end of the Straits of Mackinac. Thickly forested, it is a popular summer resort; attractions include Fort Mackinac (built by the British in 1780) and a house (now a museum) used by John Jacob Astor's American Fur Company. The island, once inhabited by Native Americans, passed to U.S. control in 1783.

Sheplers and Star lines racing tourists to and from Mackinac Island

first view of the Grand Hotel 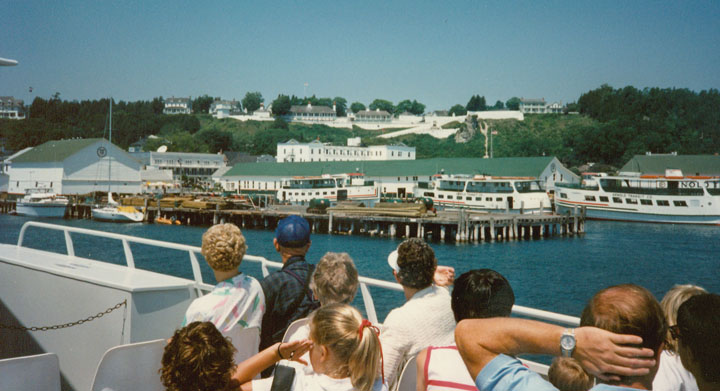 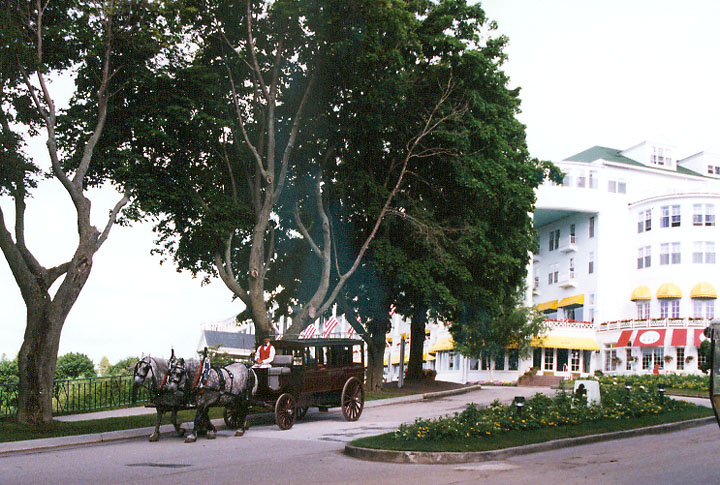 tourists resting on the Green on a fine summer day

horse carriage delivering guests to the water side hotel 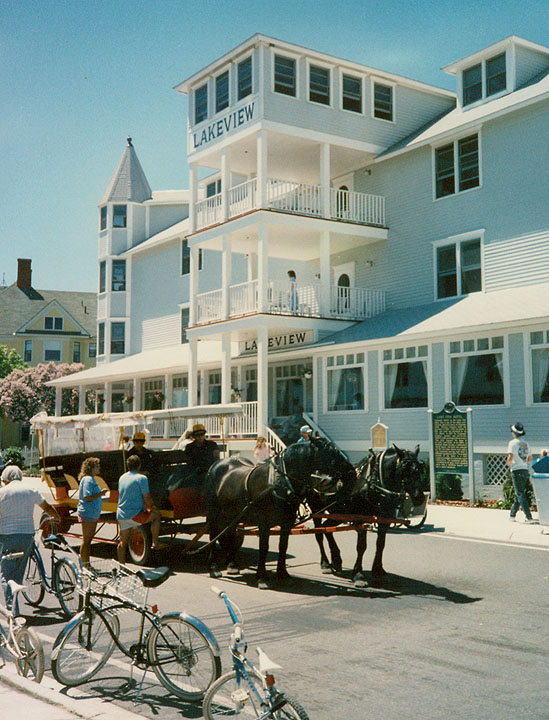 and to the Lakeview 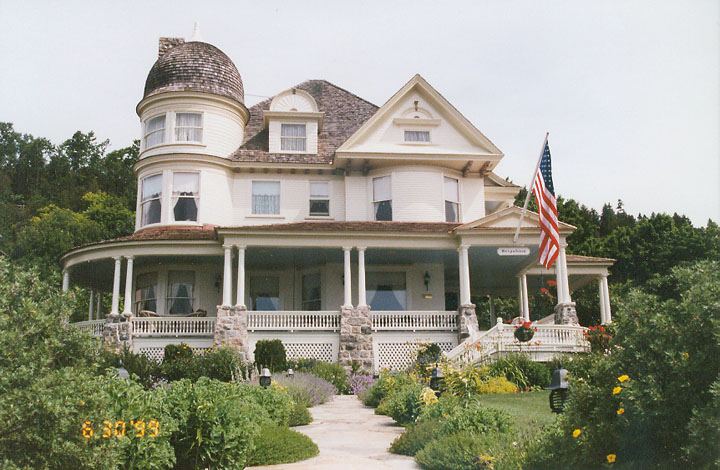 one of the many small guest houses 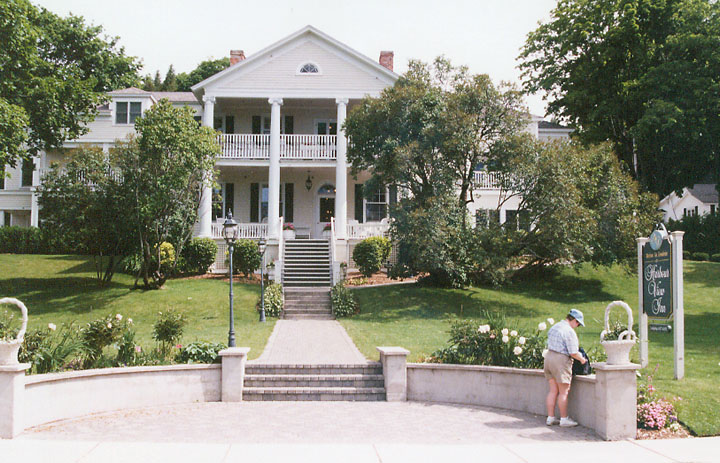 horses used for all deliveries 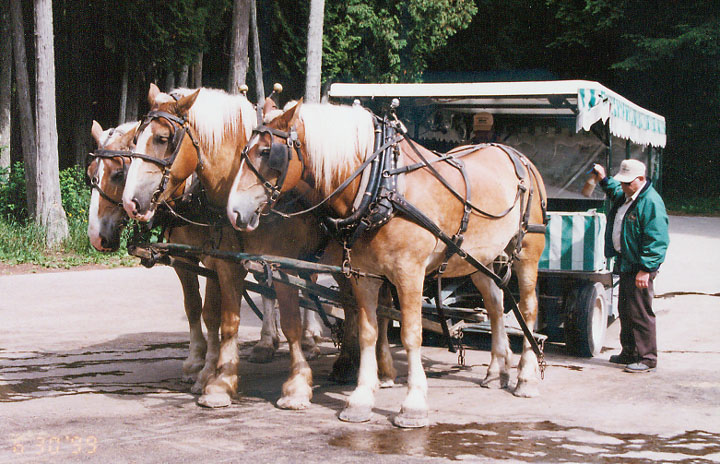 or to take a carriage ride around the island 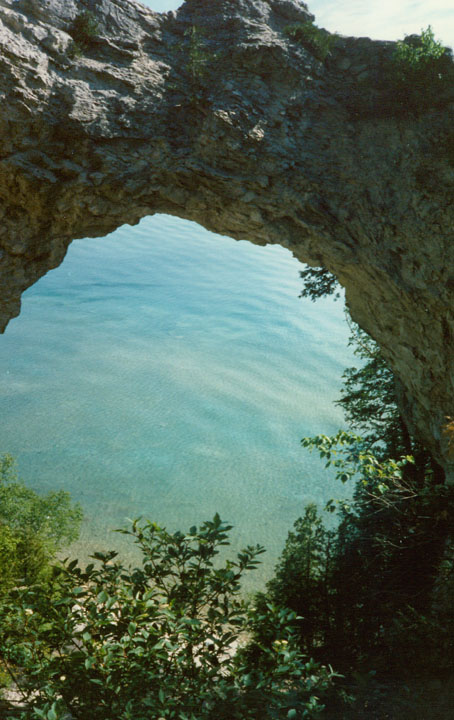 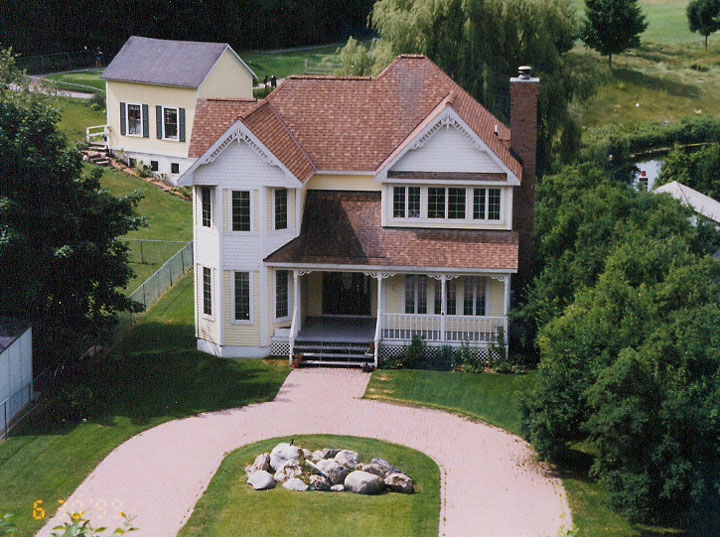 but some are more elegant 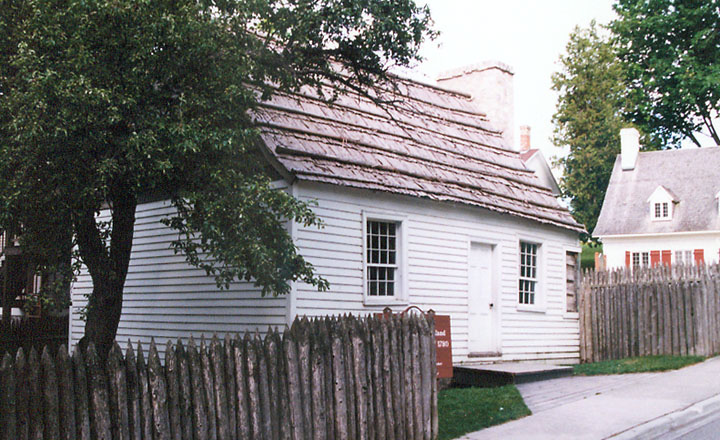 up the hill are the old houses 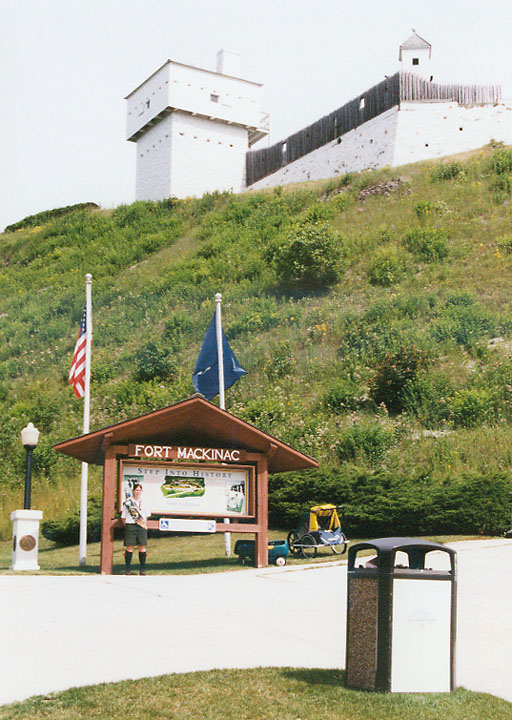 entrance from the island side 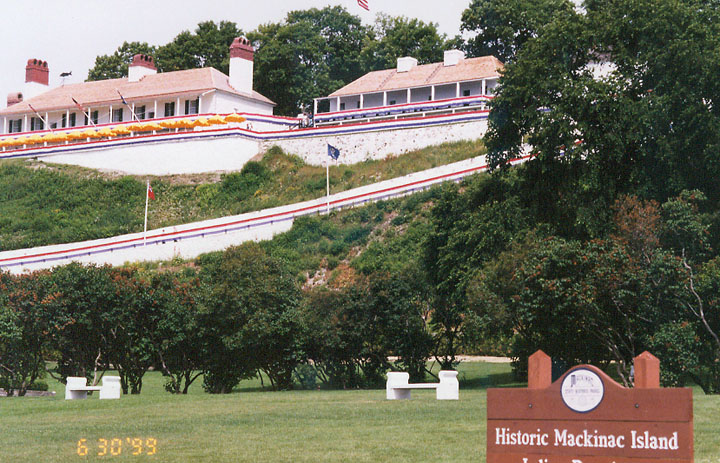 entrance from the shore side 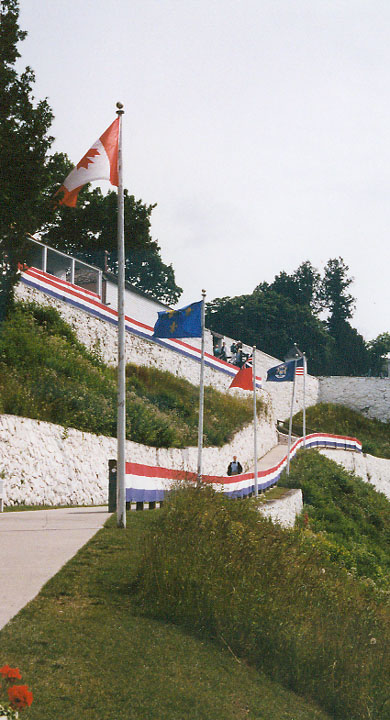 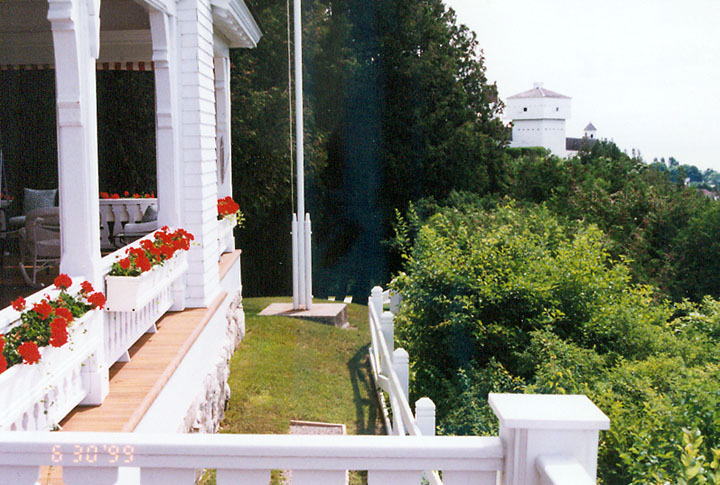 Fort Mackinac as seen from the porch of the Governor's house 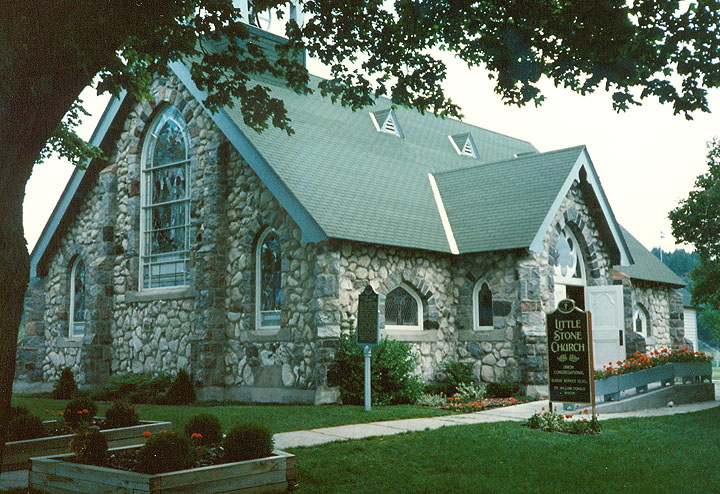 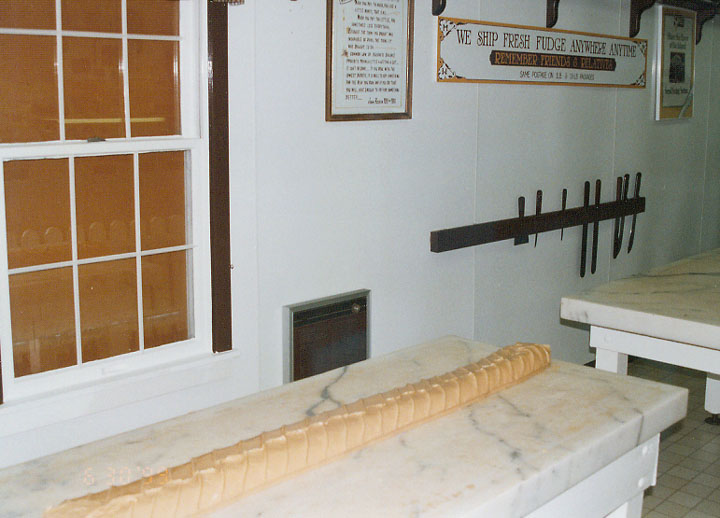 Mackinac is famous for its Fudge

which the horses deliver

including their own hay

history of lighthouse
(Round Island lighthouse seen off to the right)

the Round Island lighthouse

on leaving, view of the hotel
with Fort Mackinac in background 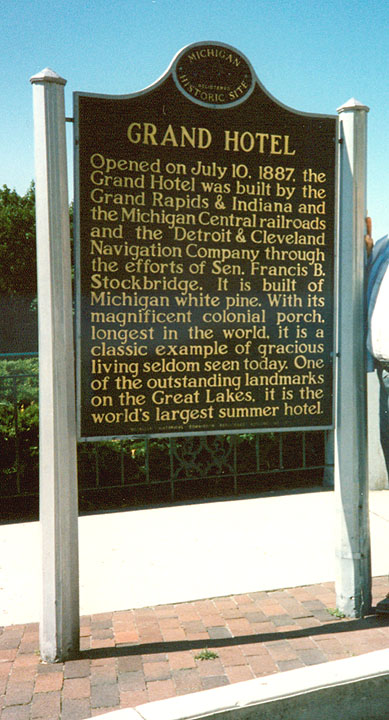 East wing of the Hotel 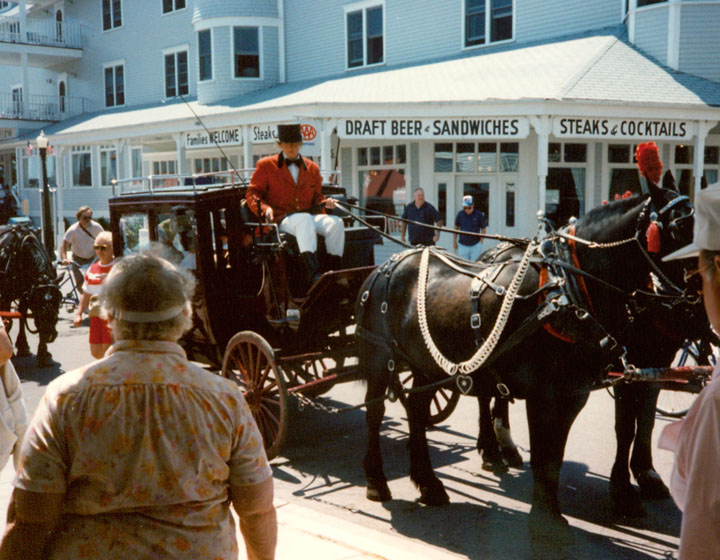 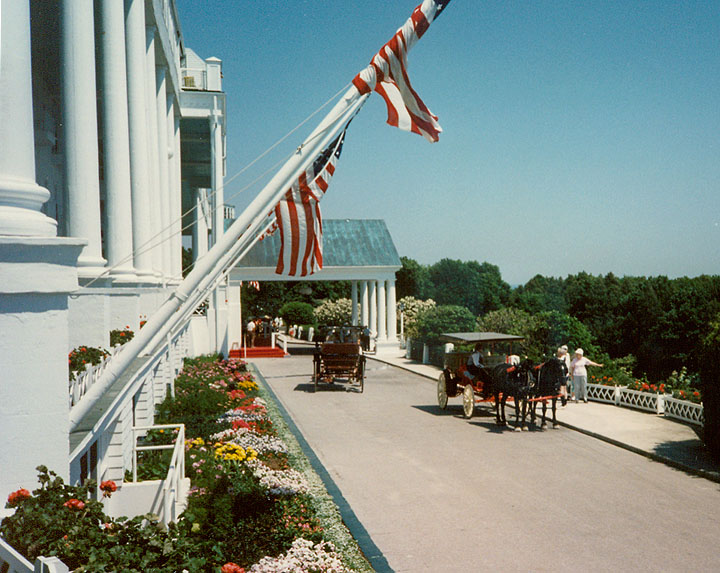 arriving at the grand Hotel 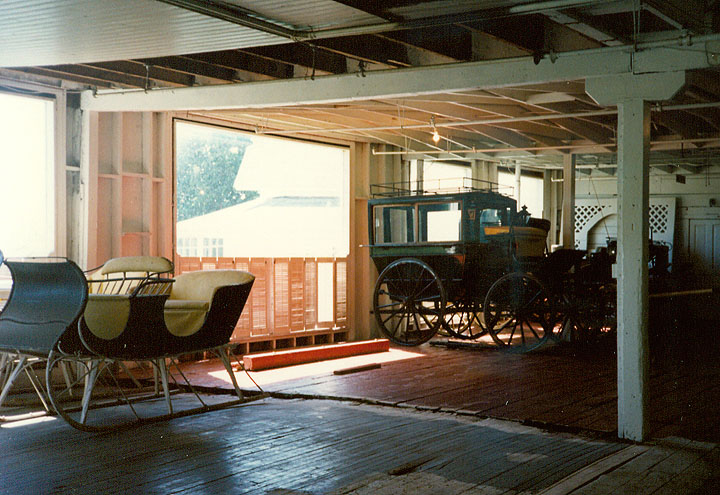 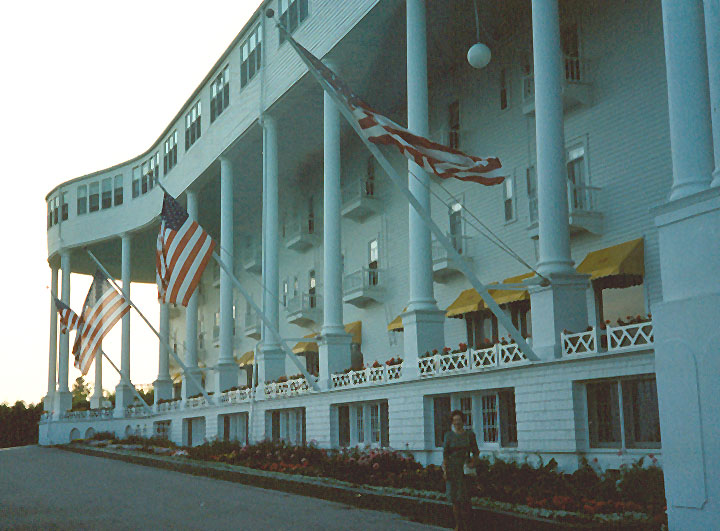 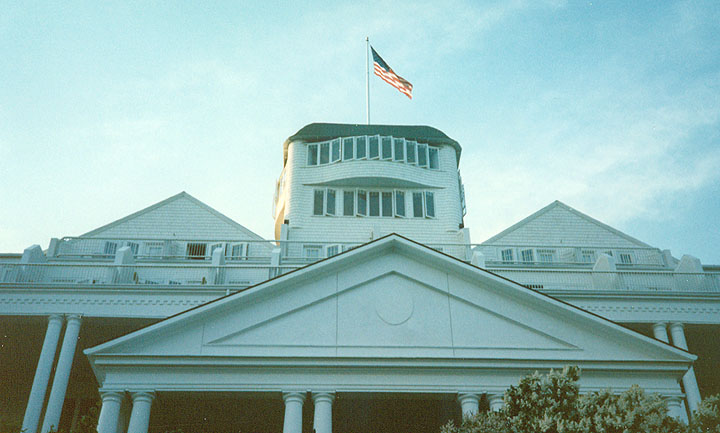 Cupola Bar is located in the upper level 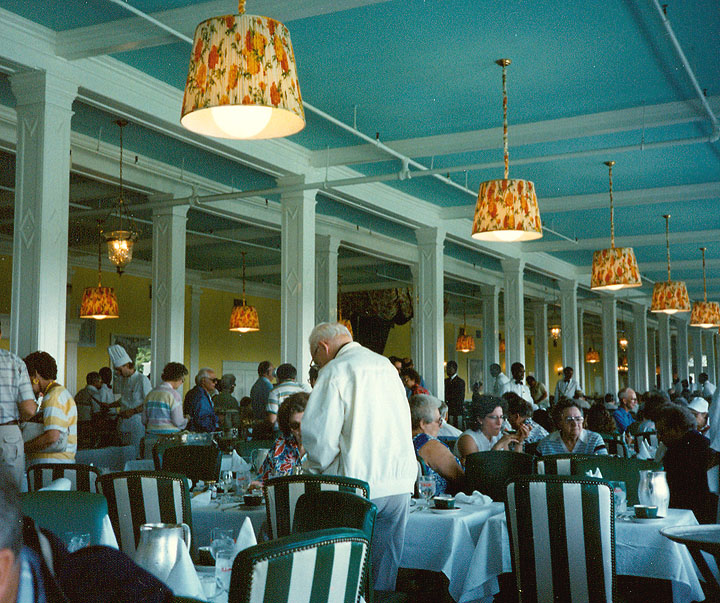 the dining room at the grand Hotel

last look at the Grand Hotel