People at the Market 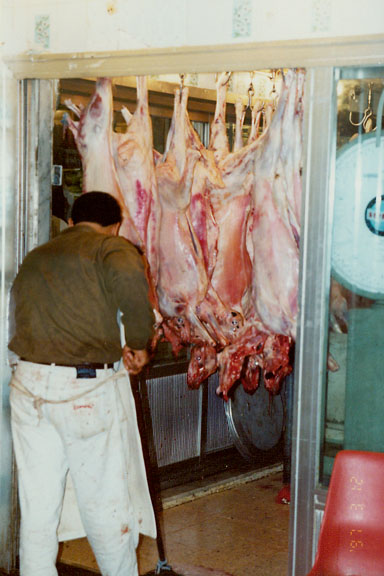 lamb in the shop

In 2000 Kuwait had an estimated population of 2,067,728. The average population density was 116 persons per sq km (301 per sq mi). Most of the population is concentrated in cities near or along the Persian Gulf coast. Approximately 45 percent of the people are native Kuwaitis, while the remainder of the population, for the most part, are foreign workers. The majority of immigrants are from other Arab countries as well as Iran, India, Pakistan, Bangladesh, Sri Lanka, and the Philippines. 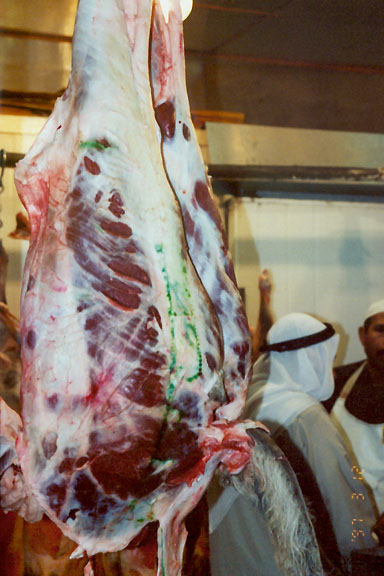 you can buy lamb

Kuwait also has a significant population classified as bidun (Arabic for "without"), who are not citizens of any country. Many bidun claim to have lived in Kuwait for generations without receiving citizenship, while Kuwait claims they are recent immigrants who should not be granted full citizenship. Among Kuwaiti citizens the population growth rate is very high, probably owing to Kuwait's prosperity and high level of health care and social services. Nearly 50 percent of the population was younger than 25 years old in 1997. 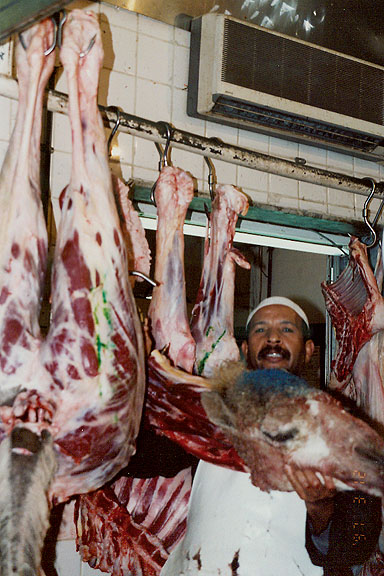 The capital and original settlement, Kuwait city, is small in both area and population. Most of the country's people live in this city's suburbs and a few outlying towns. Even most of Kuwait's Bedouin-Arabs who are traditionally nomadic-have settled into permanent residences in the districts outside the capital. Thus, virtually the entire population is urban. Kuwaitis often refer to "inner" Kuwait with its more liberal and cosmopolitan atmosphere and "outer" Kuwait, farther from the central city, where conservative Bedouin and tribal influences are stronger. 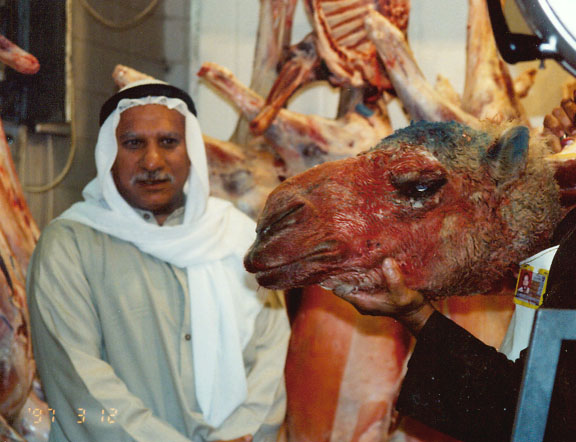 Kuwait's official language is Arabic, which is spoken by all citizens. Both Arabic and English are taught in Kuwaiti schools, and English is widely used among Kuwait's many foreign communities. Because Islam is the official religion, all Kuwaiti citizens are Muslim, and Islamic practices, such as fasting during the month of Ramadan, are widely observed. Sunni Muslims make up the majority of the population while Shiites make up about one-third. Foreigners living in the country are free to practice their own religions, but conversion by a Muslim to another religion is not allowed. Although Kuwait follows the Western calendar for business purposes, Islamic feasts and festivals, which follow the lunar Islamic calendar, dominate the year. 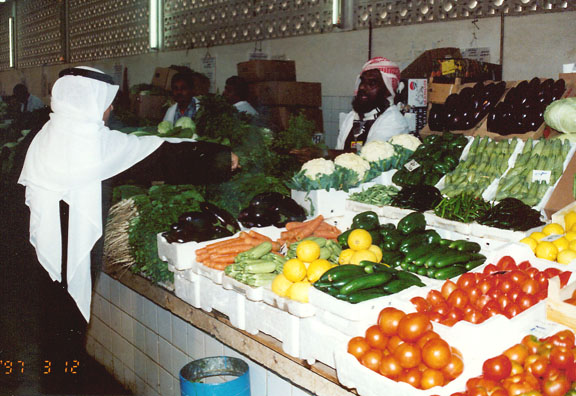 fruit and vegetables for sale

Most Kuwaiti men wear a modified form of traditional gown called the dishdasha along with Arab headdress. Kuwaiti women wear a wide variety of clothing, from jeans to loosely fitting gowns and head coverings. Foreigners tend to dress the way they would in their home countries, although more revealing clothing, such as shorts, is frowned upon. Thanks to the large immigrant population, many types of food are available in Kuwait, especially Lebanese and Indian food. In accordance with Islamic teaching, alcohol and pork products are banned. Team sports, especially soccer, are popular in Kuwait. Many Kuwaitis also enjoy maritime sports such as sailing, yachting, and fishing. 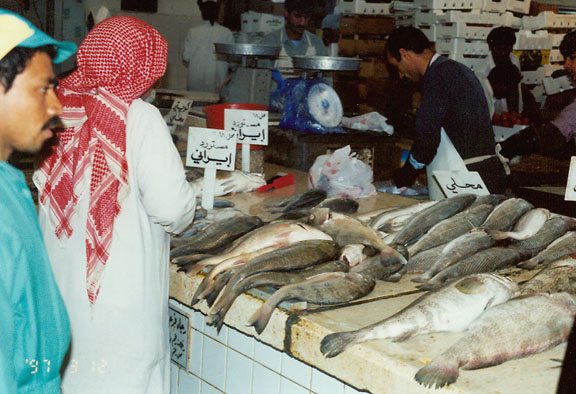 Men and women are often treated differently under Kuwaiti law, sometimes, but not always, leaving women at a disadvantage. Women face no formal impediments to any field of employment, and it is not unusual to find women in senior positions. 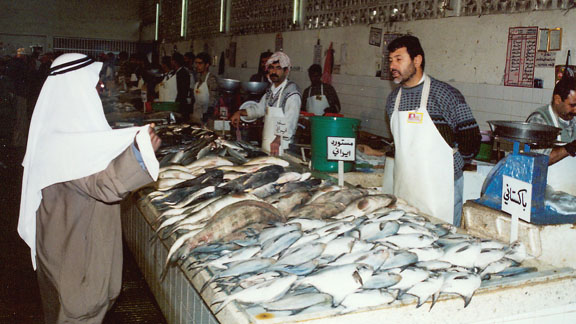 Kuwaiti women have access to the same free education as Kuwaiti men. Women are limited neither in how they dress nor where they may appear in public, but many conservative families forbid women from leaving home at night and require women to wear traditional clothing. Men face some restrictions in public places like restaurants and shopping malls that are sometimes restricted to families-that is, unaccompanied men may not enter. 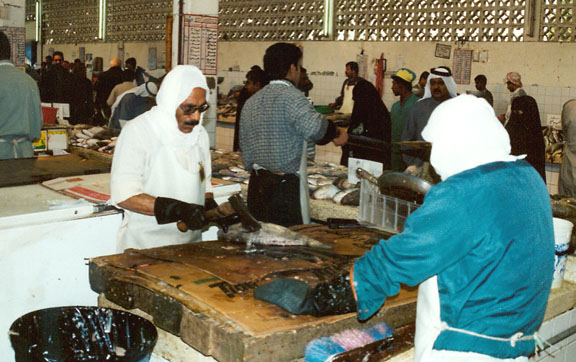 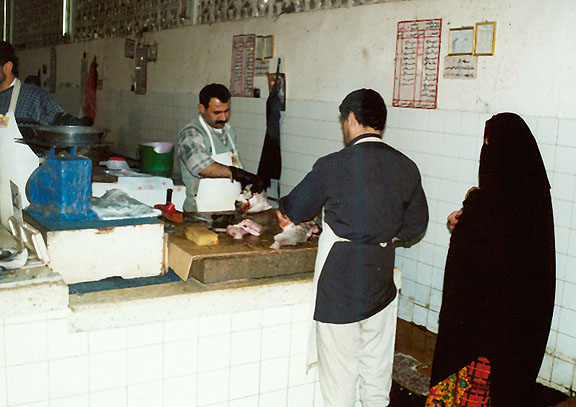 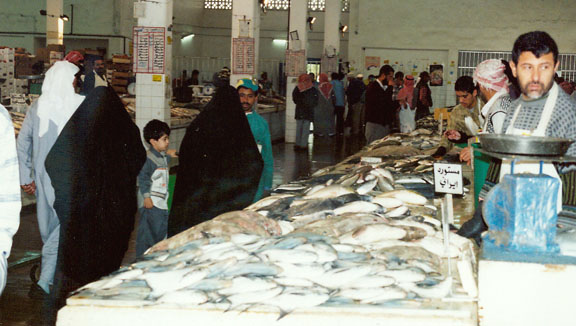 shoppers at the market 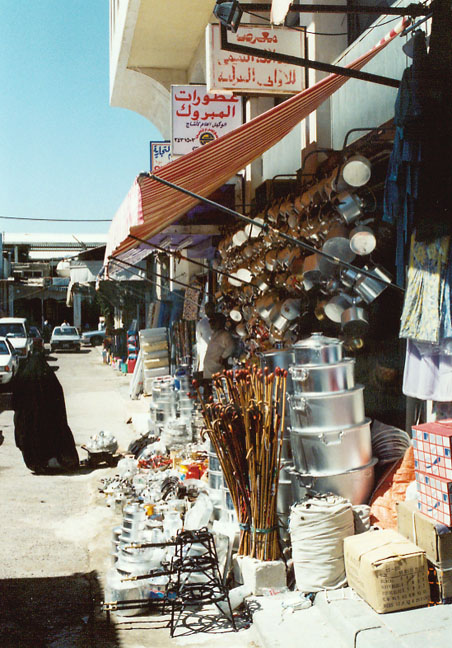 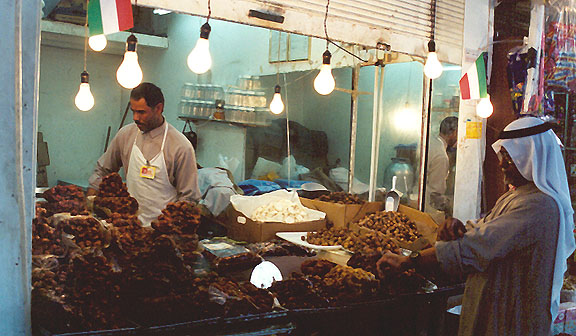 dates are a favorite food 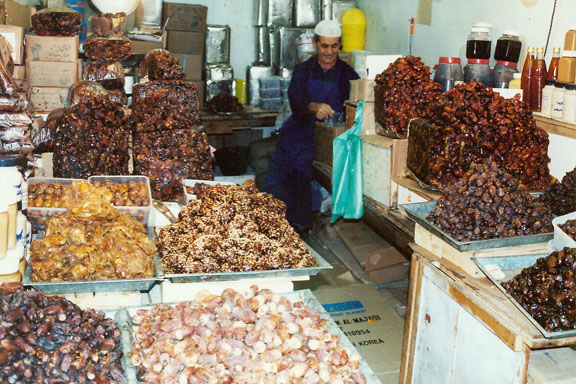 There are many varieties of dates 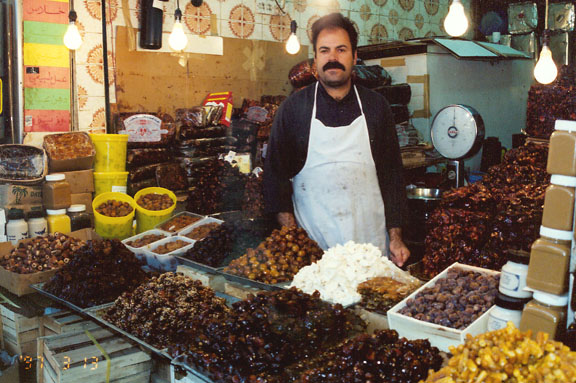 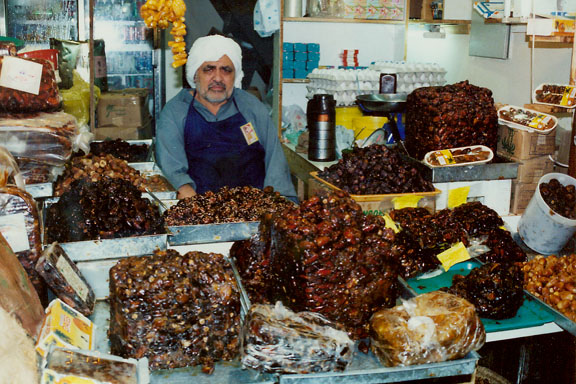 My dates are the sweetest in Kuwait!