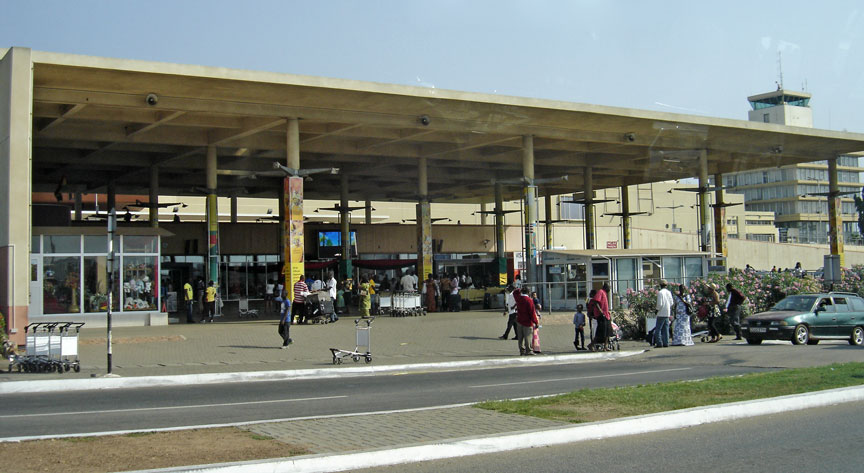 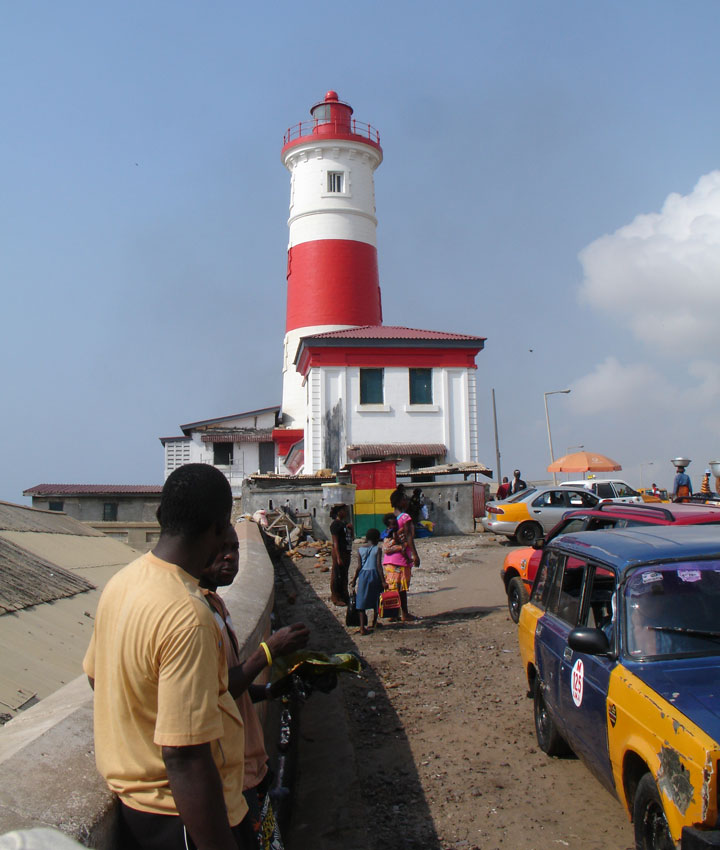 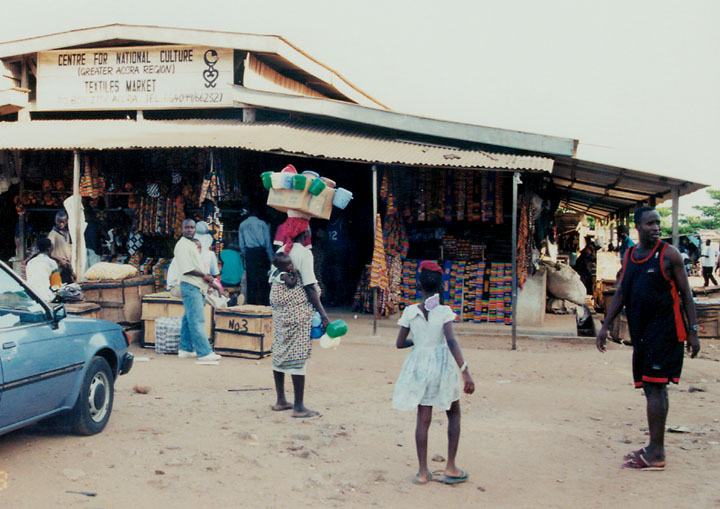 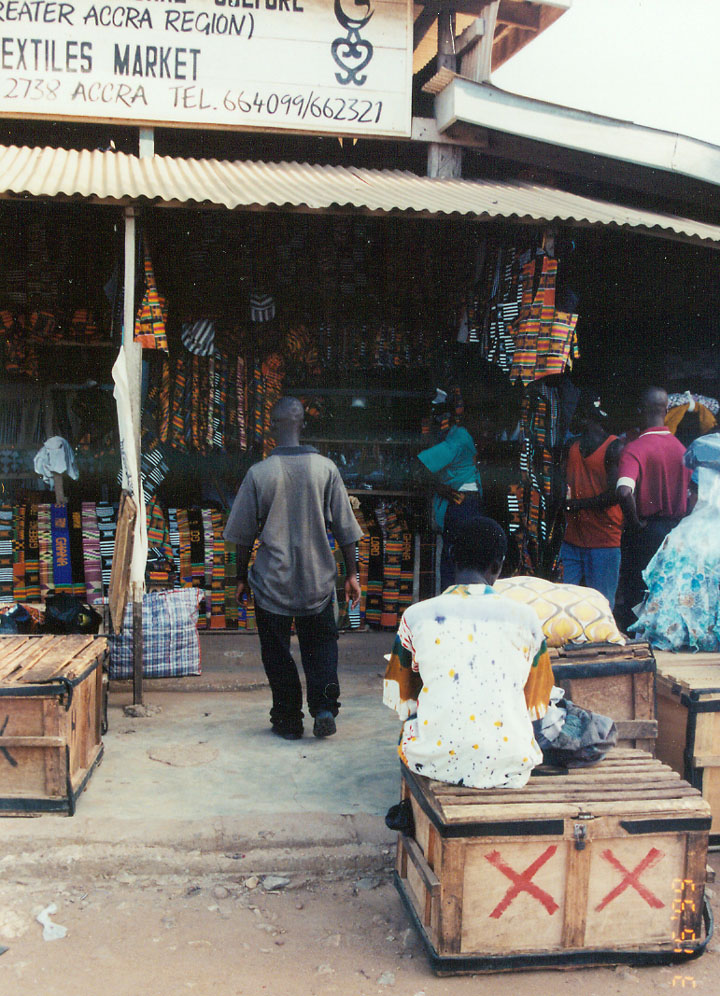 More Photos of the Centre for National Culture market 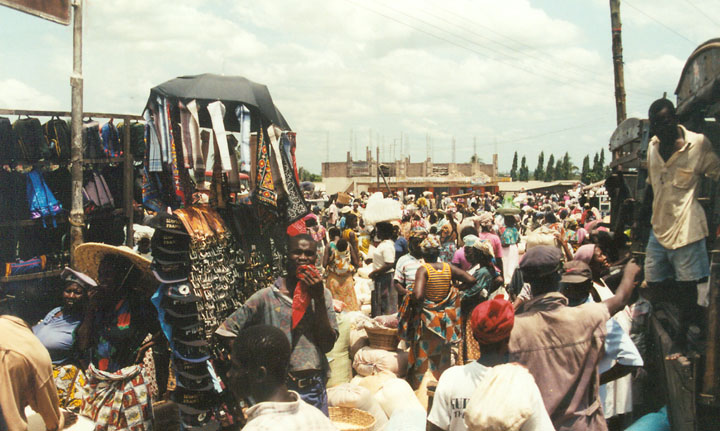 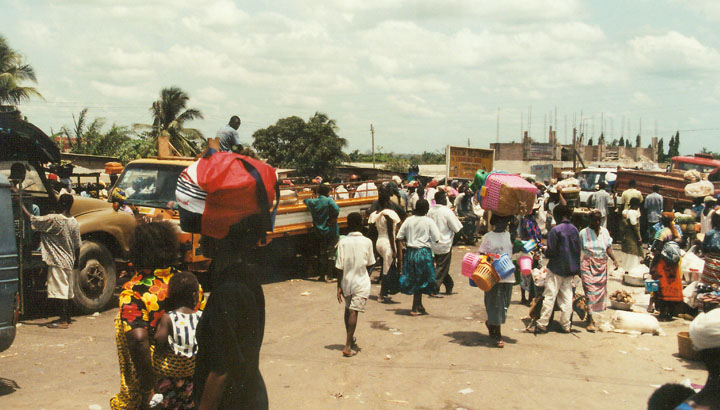 Accra, capital and largest city of Ghana, southeastern Ghana, on the Gulf of Guinea. Accra is an important commercial, manufacturing, and communications center. It is the site of an international airport and a focus of the country's railroad system, including a link to nearby Tema, which since 1962 has served as the city's deepwater port. Industries include vehicle and appliance assembly, petroleum refining, and the manufacture of foodstuffs, textiles, metal and wood products, plastics, and pharmaceuticals. A sprawling city, Accra presents a varied appearance, with buildings of modern, colonial, and traditional African architecture.

Of note here are the National Museum (1957) and the 17th-century Christiansborg Castle (also known as Osu Castle after the section of Accra it is located in), now the residence of the chief of state. Several research and technical institutes are located in Accra, and the University of Ghana (1948) is in the nearby town of Legon. 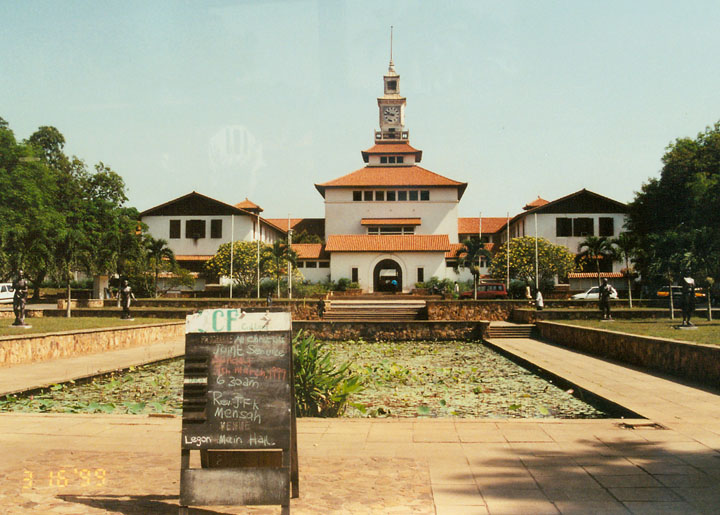 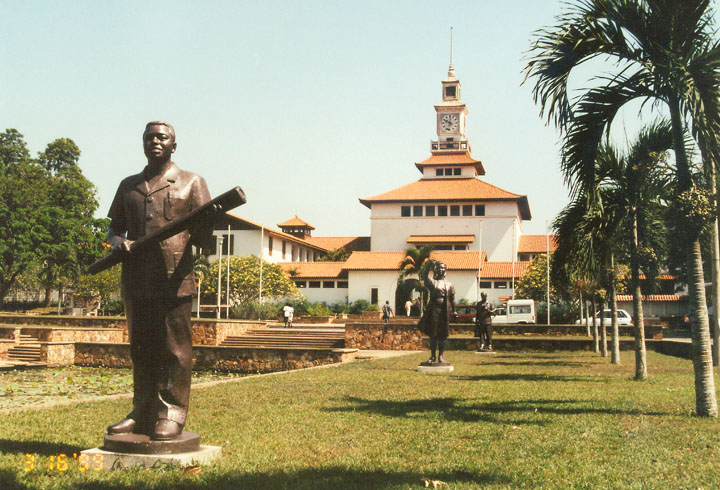 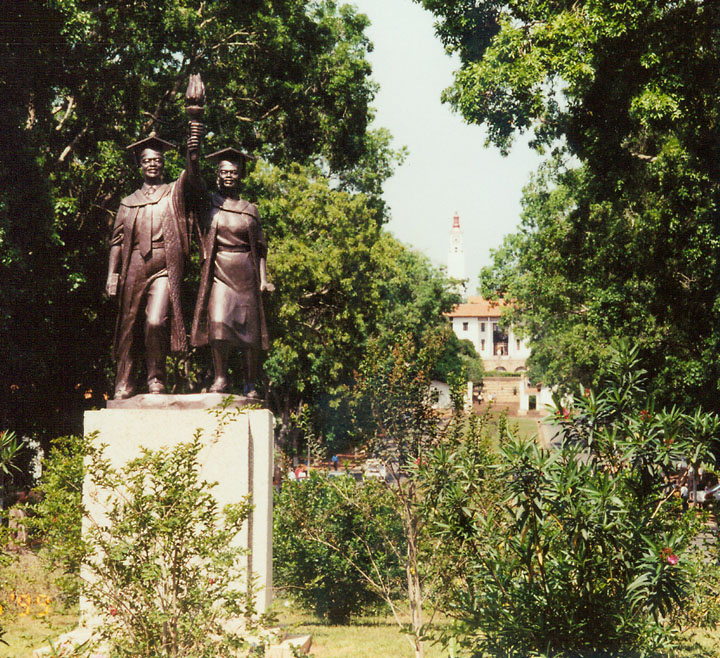 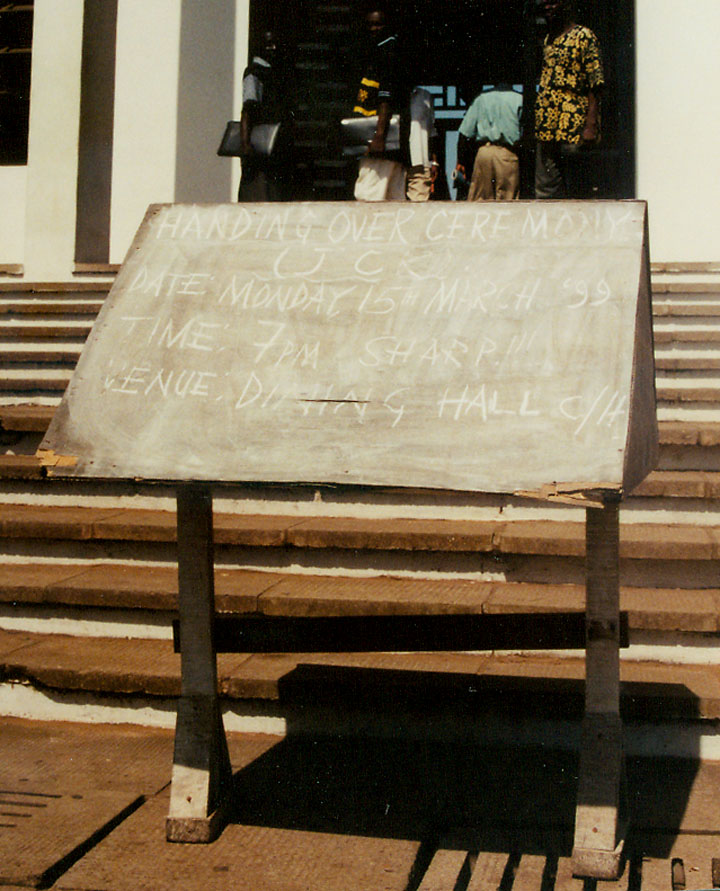 The site of what is now Accra was occupied by villages of the Ga, the local people, when the Portuguese first visited here in the late 15th century. During the 17th century the Portuguese were forced to withdraw by the Dutch, who, along with the Danes and the English, founded rival trading posts, which became the settlements of Ussher Town, Christiansborg, and James Town, respectively. In the 19th century Britain purchased Dutch and Danish rights in the area, and in 1876 Christiansborg was made the capital of the Gold Coast Colony. The three separate towns grew and gradually coalesced to form the city of Accra. Much of the modern city's layout was planned in the 1920s, and since then growth has been rapid. Accra remained the capital city, when in 1957 the Gold Coast Colony became the independent state of Ghana. Population (1990 estimate) 953,500. 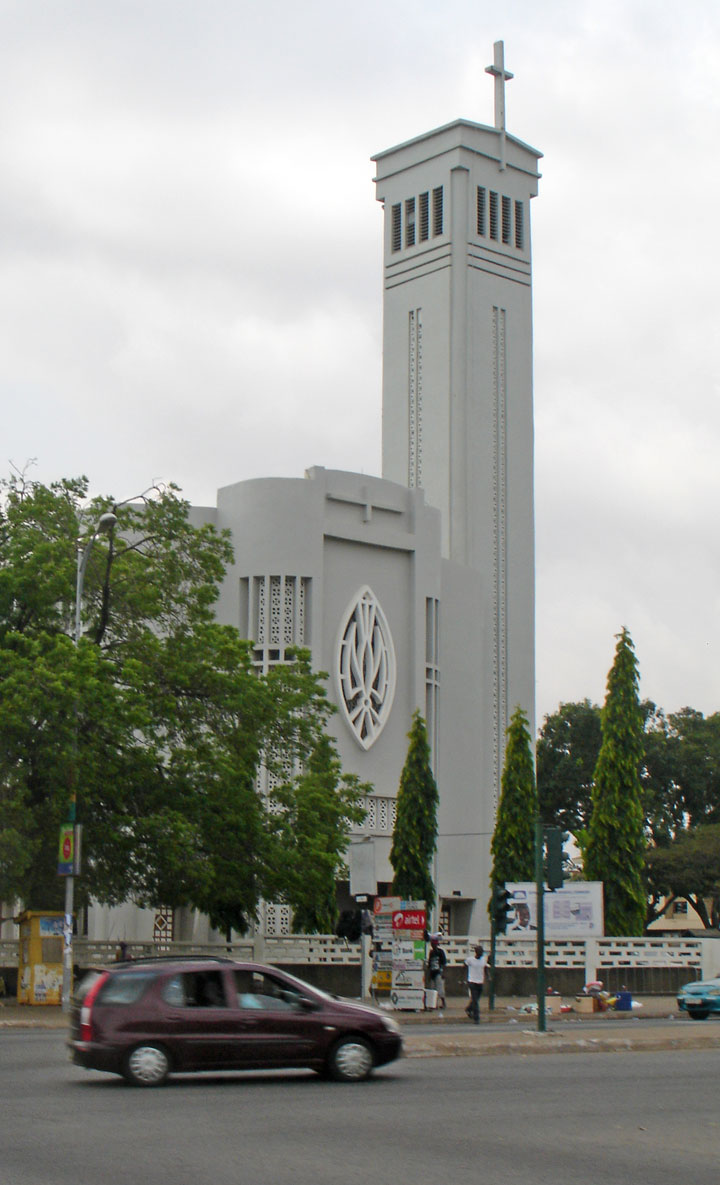 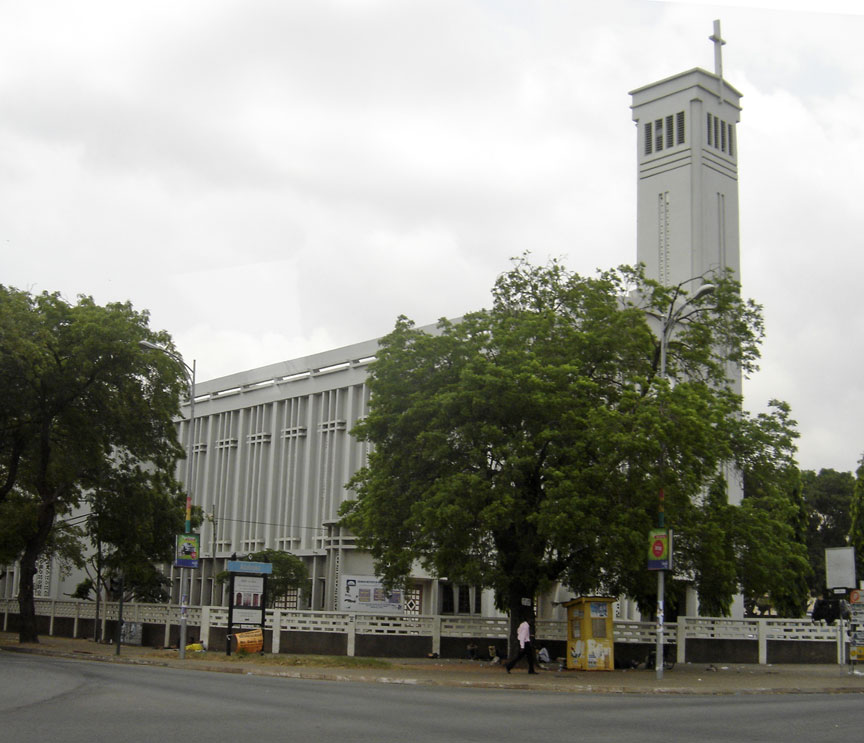 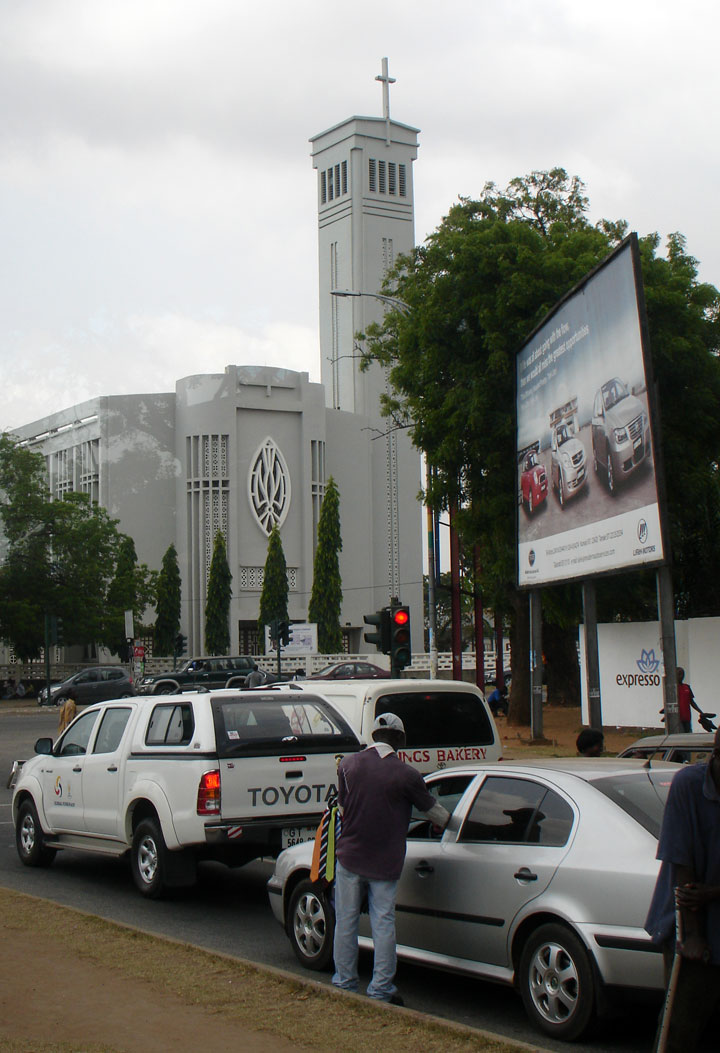 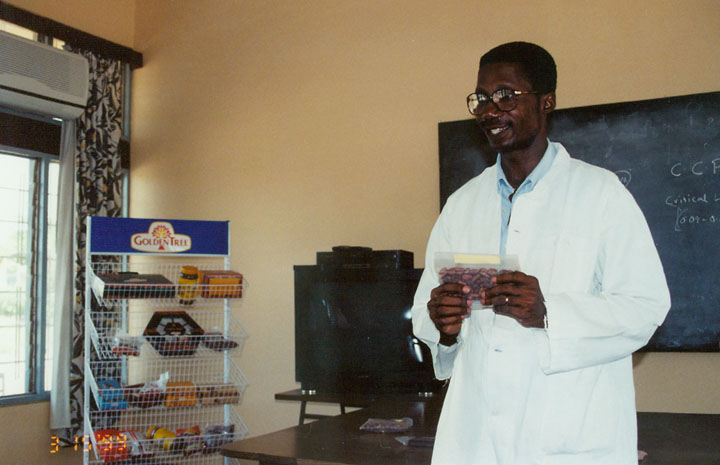 Cocoa, common name for a powder derived from the fruit seeds of the cacao tree and for the beverage prepared by mixing the powder with milk. When cocoa is prepared, most of the cocoa butter is removed in the manufacturing process. After the fat is separated and the residue is ground, small percentages of various substances may be added, such as starch to prevent caking, or potassium bicarbonate to neutralize the natural acids and astringents and make the cocoa easy to dissolve in liquids. Cocoa has a high food value, containing as much as 20 percent protein, 40 percent carbohydrate, and 40 percent fat. It is also mildly stimulating because of the presence of theobromine, an alkaloid that is closely related to caffeine. 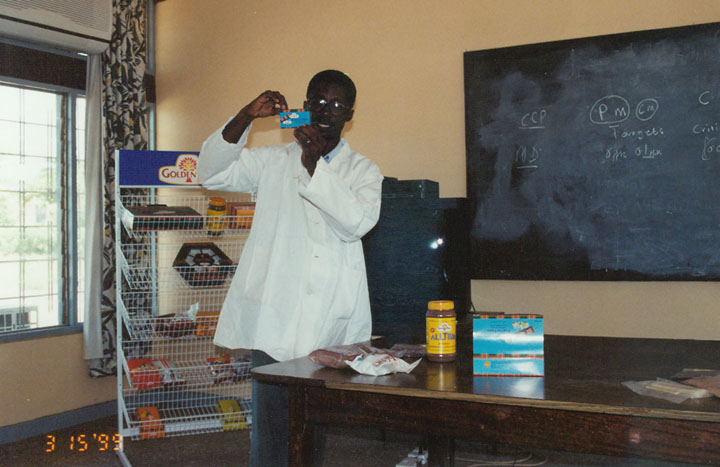 The processing of the cacao seeds, better known as cocoa beans, is complex. The fruit harvest is cured or fermented in a pulpy state for three to nine days, during which the heat kills the seeds and turns them brown. The enzymes activated by fermentation impart the substances that will give the beans their characteristic chocolate flavor later during roasting. The beans are then dried in the sun and cleaned in special machines before they are roasted to bring out the chocolate flavor. They are then shelled in a crushing machine and ground into chocolate. During the grinding, the fat melts, producing a sticky liquid called chocolate liquor, which is used to make chocolate candy or is filtered to remove the fat and then cooled and ground to produce cocoa powder.
The beans are sold in international markets. African countries harvest about two-thirds of the total world output; Ghana, Côte d'Ivoire, Nigeria, and Cameroon are the leading African cocoa producers. 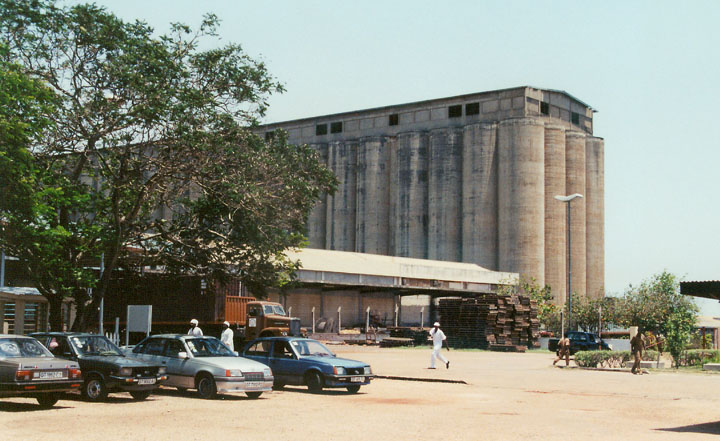 these storage bins were an attempt by Kwame Nkrumah to control prices for African cocoa beans,
which in the end failed
------------------
Nkrumah, Kwame (1909-1972), first prime minister (1957-1960) and president (1960-1966) of Ghana and the first black African postcolonial leader. Nkrumah led his country to independence from Britain in 1957 and was a powerful voice for African nationalism, but he was overthrown by a military coup nine years later after his rule grew dictatorial. 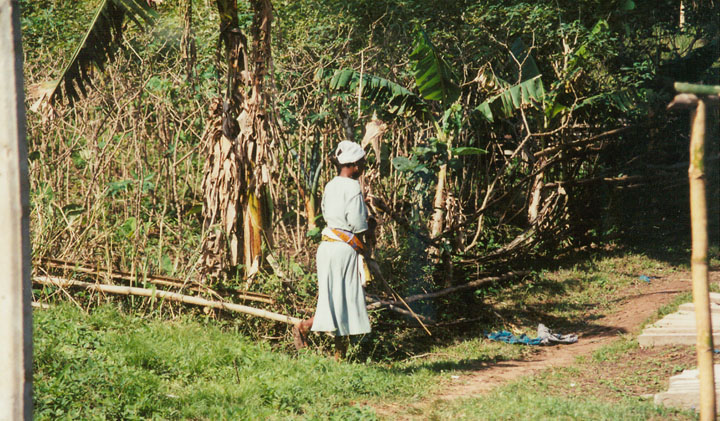 going to gather the fruit 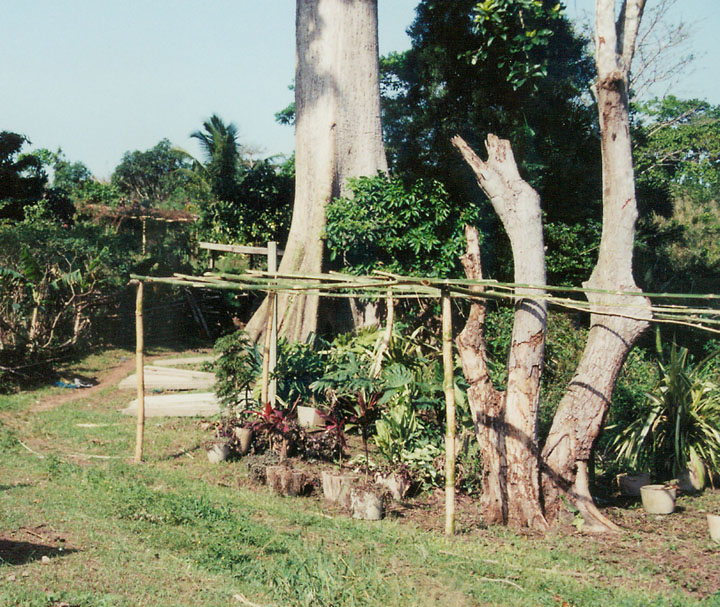 
the port of Accra 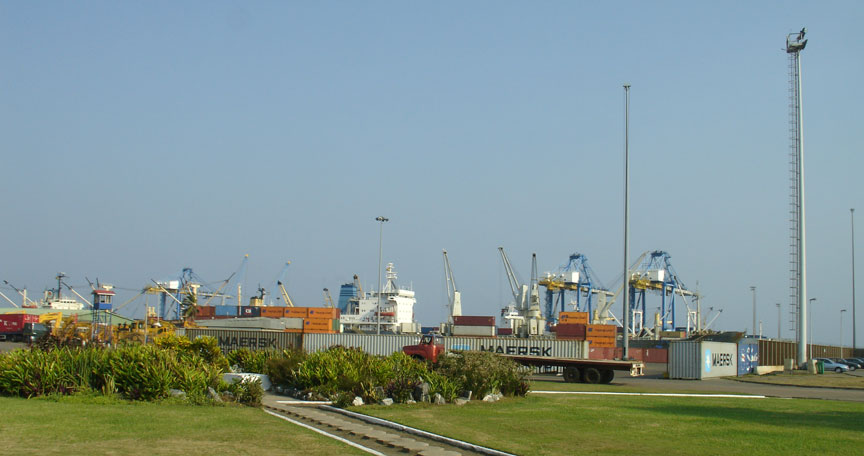 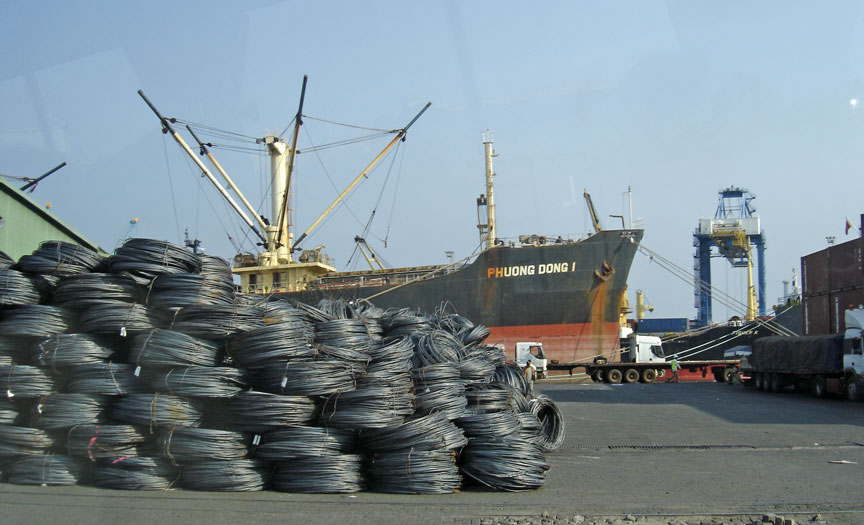 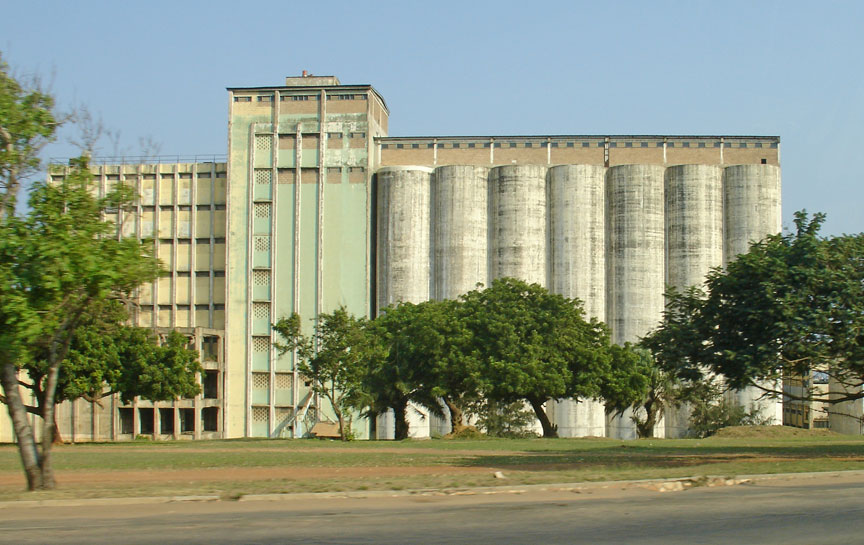 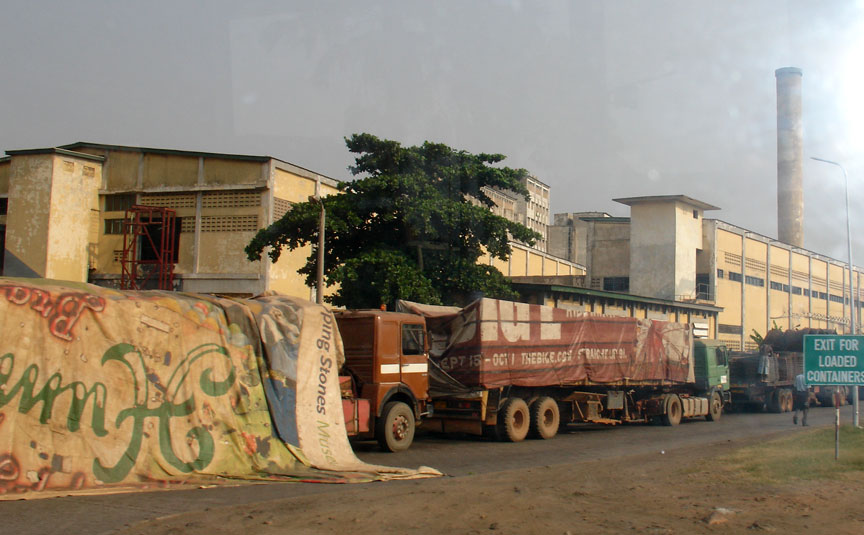 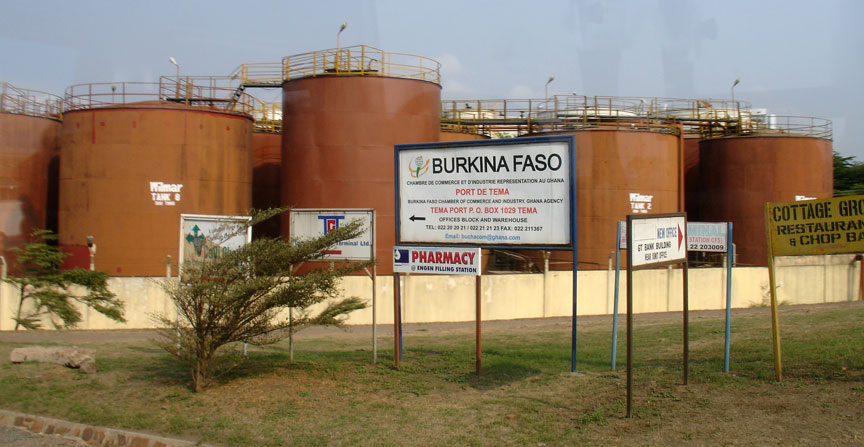 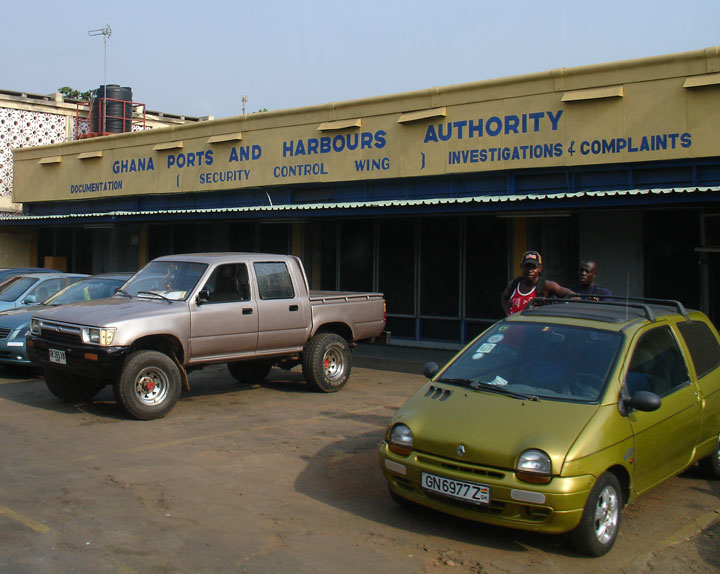 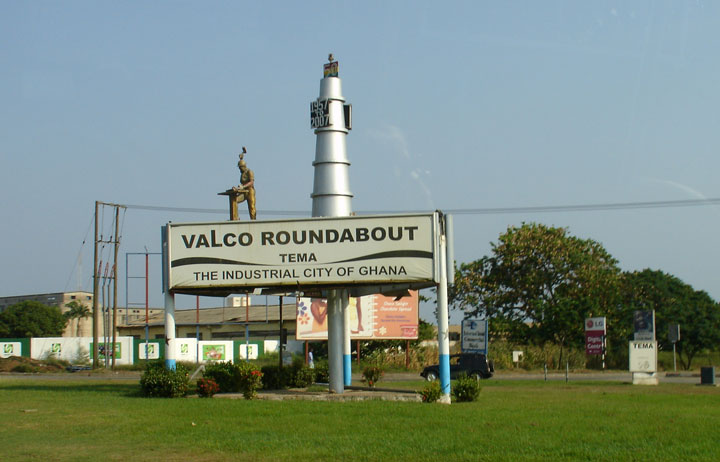