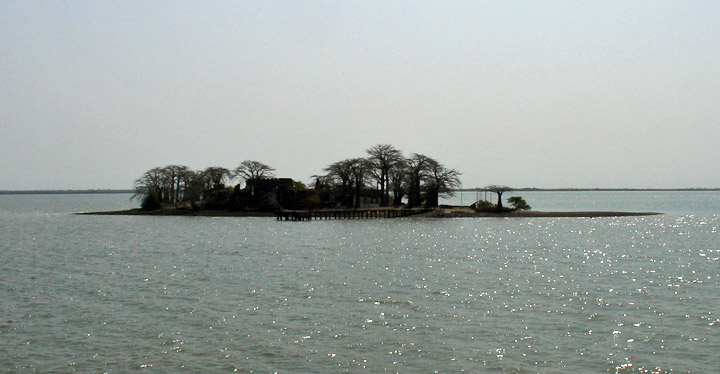 James Island in the Gambia river

James Island is an island in the Gambia River, 30km from the river mouth and near Juffureh in the country of The Gambia. It contains a fort known as Fort James. It is less than two miles from Albreda on the river's northern bank that served a similar purpose for the French. 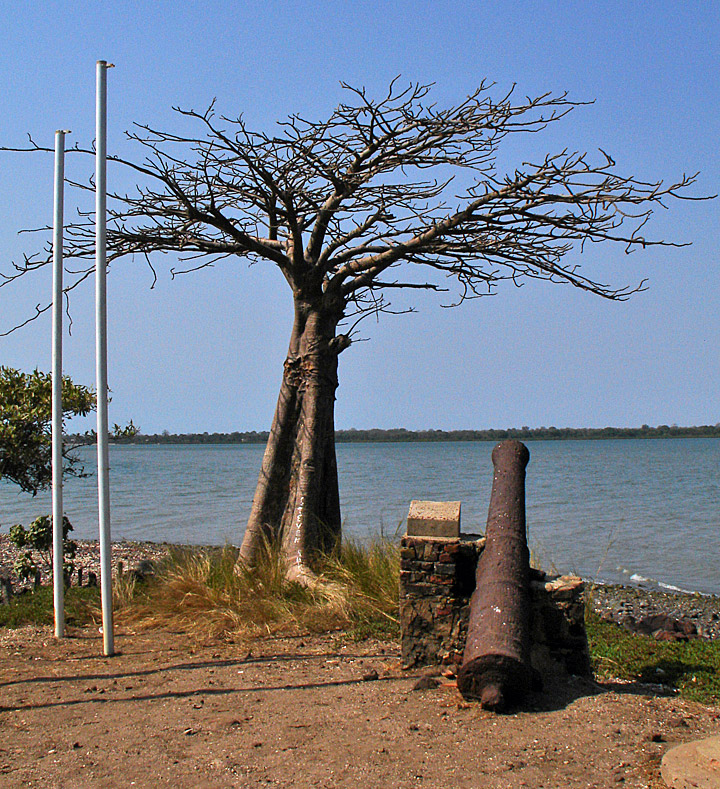 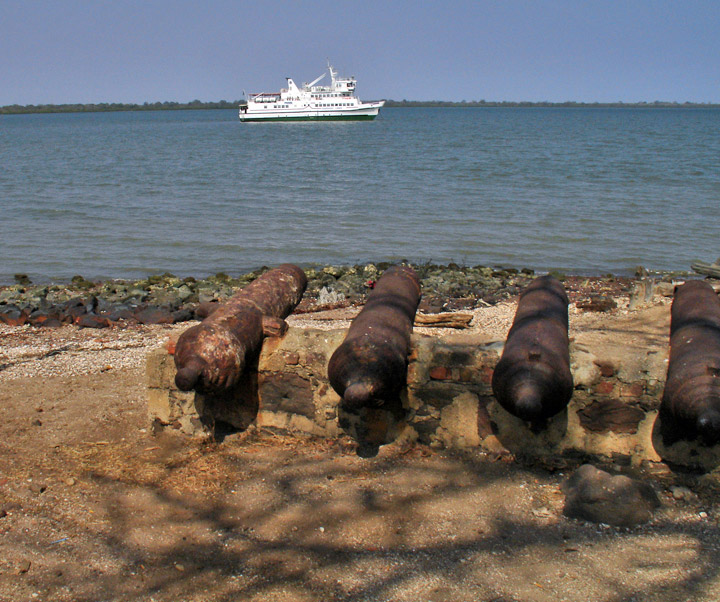 visited from ship on the Gambia river

The first European settlers on the island were Baltic Germans from Duchy of Courland, who also had other colonial possessions in the area. They called it St. Andrews Island, though the Island had previously been granted to two separate companies by the British Crown in 1588 and 1618. In 1651 they built a fort named Jacob Fort after Jacob Kettler, the Duke of Courland and used it as a trade base. It was then briefly held by the Dutch from 1659 until it was captured by the British in 1661 and formally ceded to them in 1664. 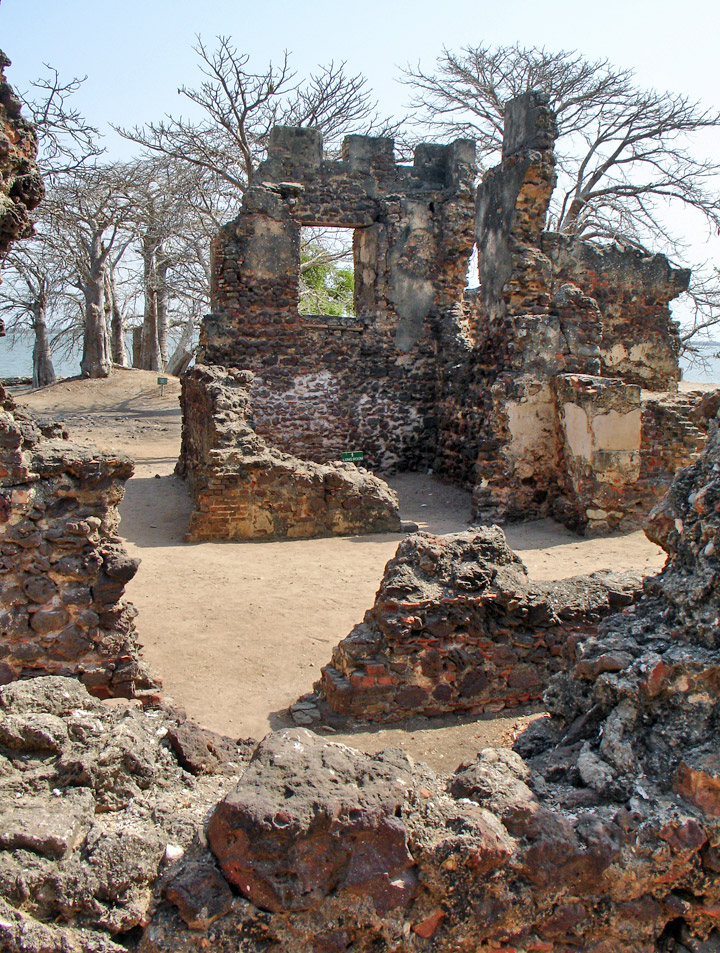 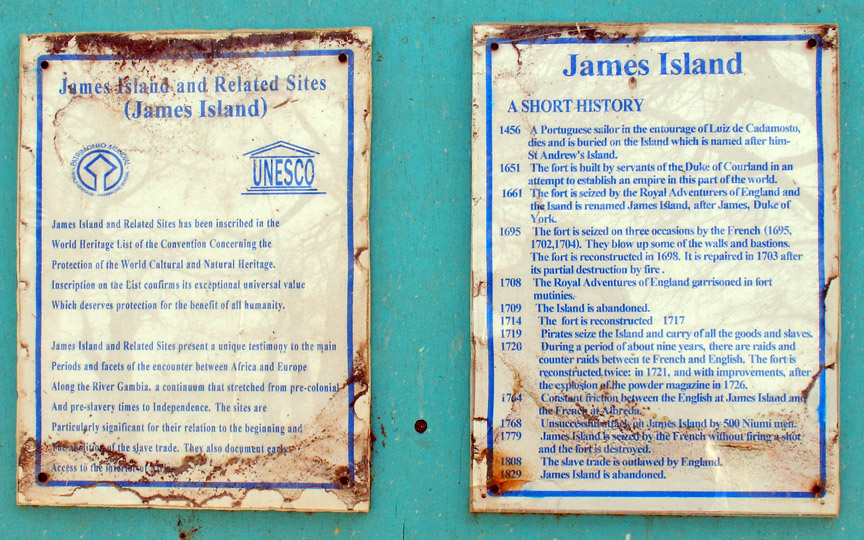 
The British renamed the island James Island and the fort Fort James after the Duke of York. The territory was then administered by the chartered Royal Adventurers in Africa Company. They initially used it for the gold and ivory trade and later in the slave trade. On 1 August 1669 its administration was sublet to Gambia Adventurers. In 1684 Gambia's Administration was taken over by the Royal African Company. 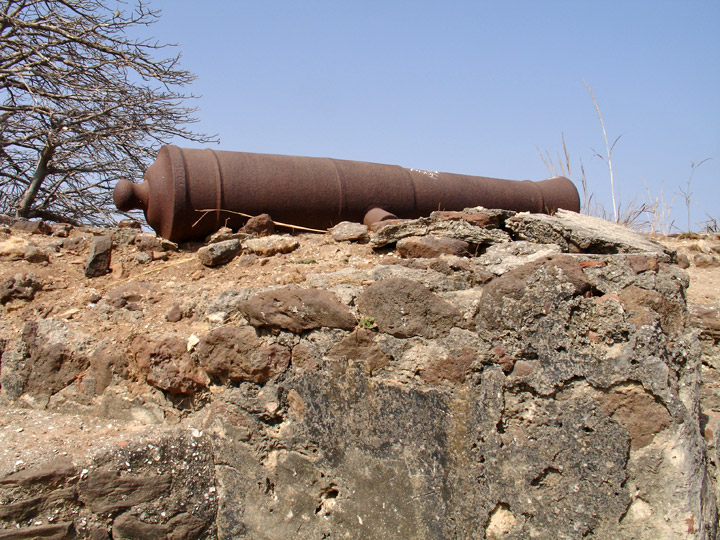 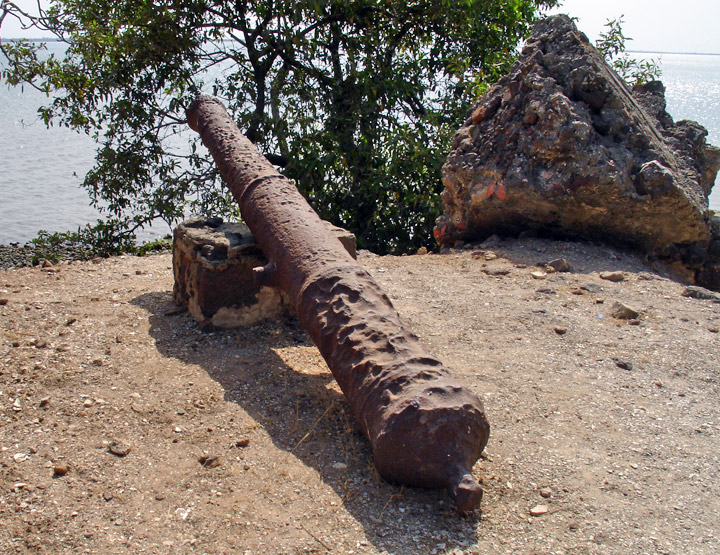 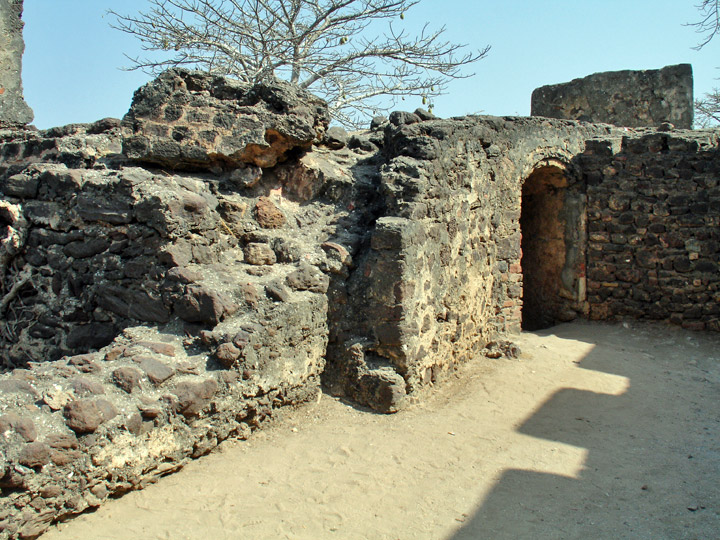 In 1695, Fort James was taken by the French after a battle with the English sailors. It was returned in 1697 and then captured again in 1702. The fort was destroyed and rebuilt several times in this period, both in conflicts between the British and French and by pirates. On 13 June 1750 the Gambian administration is taken over by the Company of Merchants Trading in Africa. Between 25 May 1765 - 11 February 1779 The Gambia was part of British Senegambia. As Britain withdrew from the slave trade, the fort was largely abandoned in 1779. 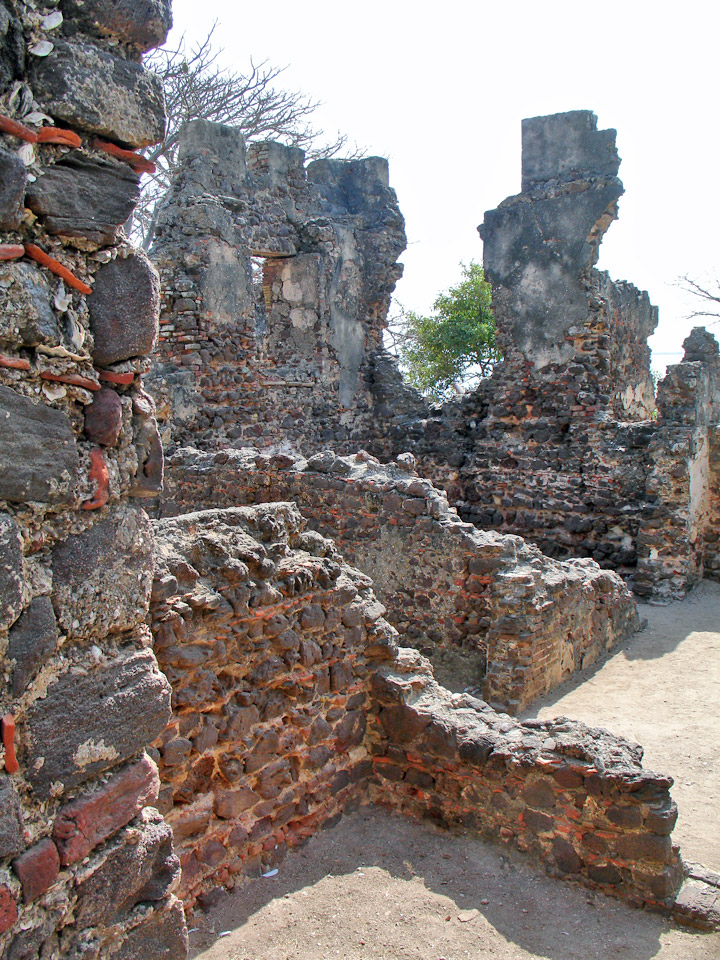 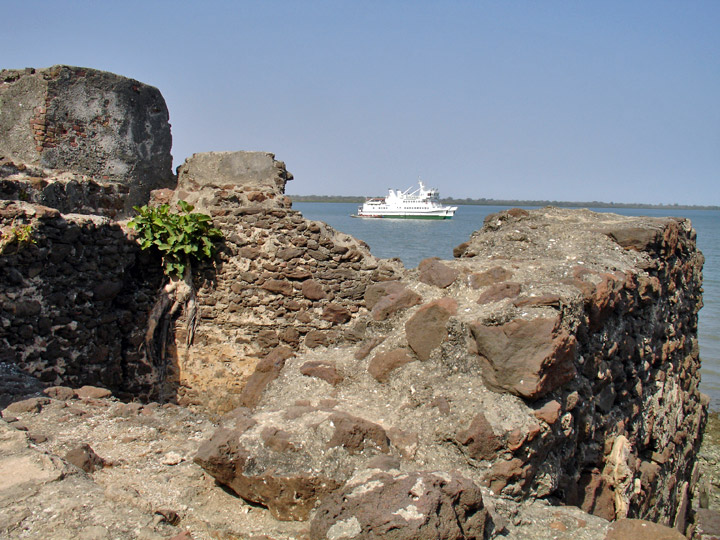 As an important historical site in the West African slave trade, it is now listed as a UNESCO World Heritage Site, together with related sites including Albreda, Juffureh and Fort Bullen. James Island is suffering heavy erosion, and is now approximately 1/6th of its size during the times of the fort. Ruins of several of the British administrative buildings (including a single cell, apparently used to house the most problematic of captives), a small jetty and a number of skeletal baobab trees. The buildings have now been protected against further erosion but the island is very low and subject to flooding and buildings are affected by waves. 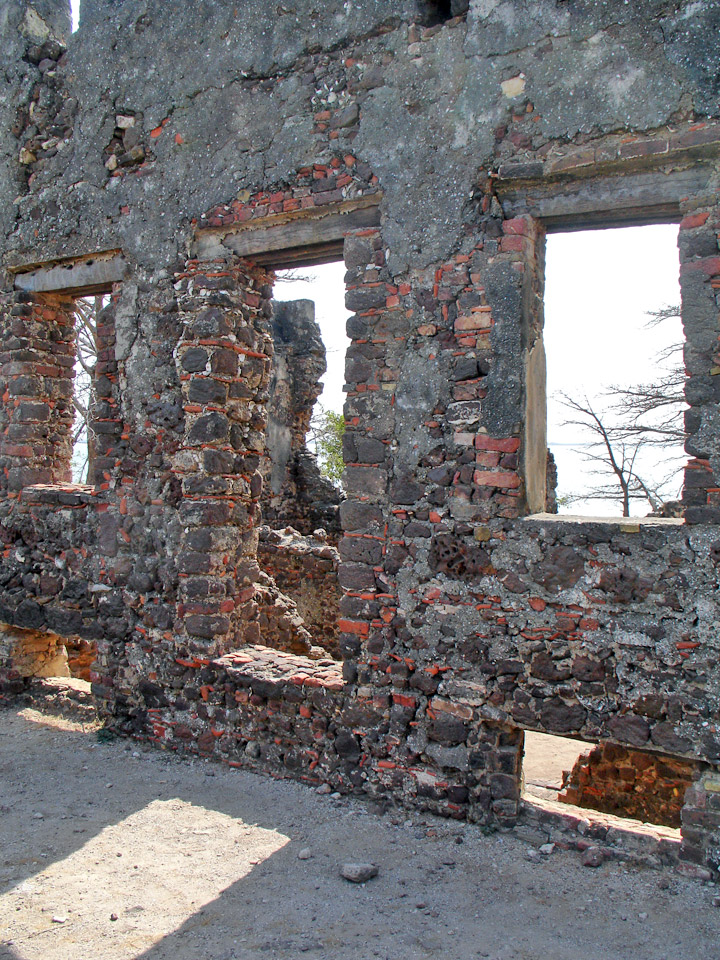 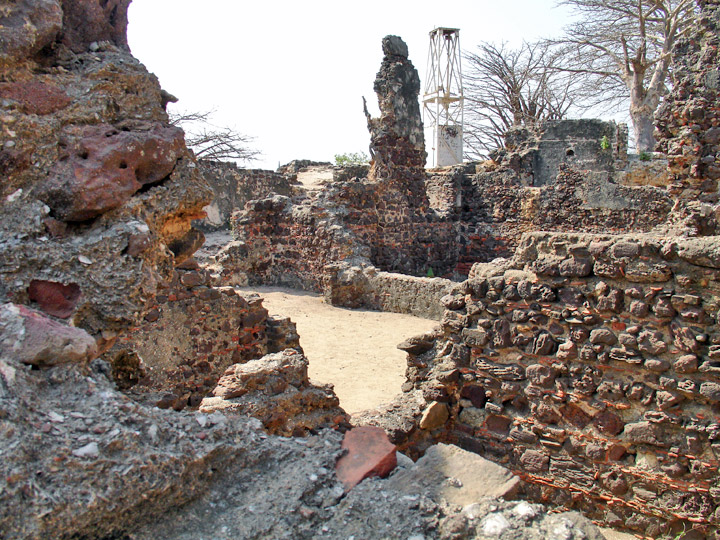 ruins of the British administrative buildings 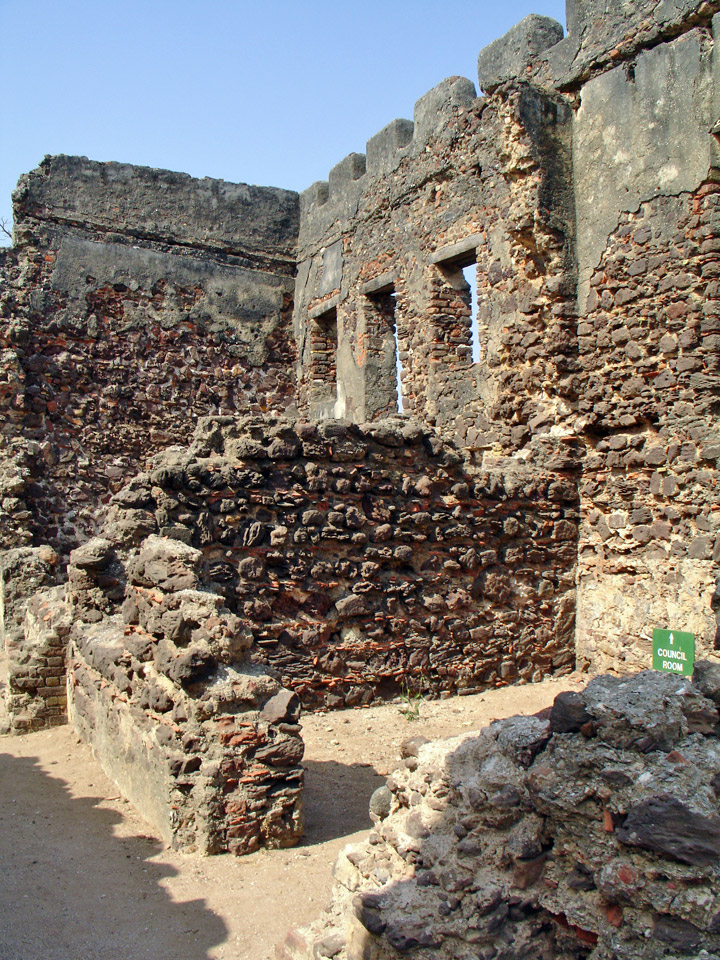 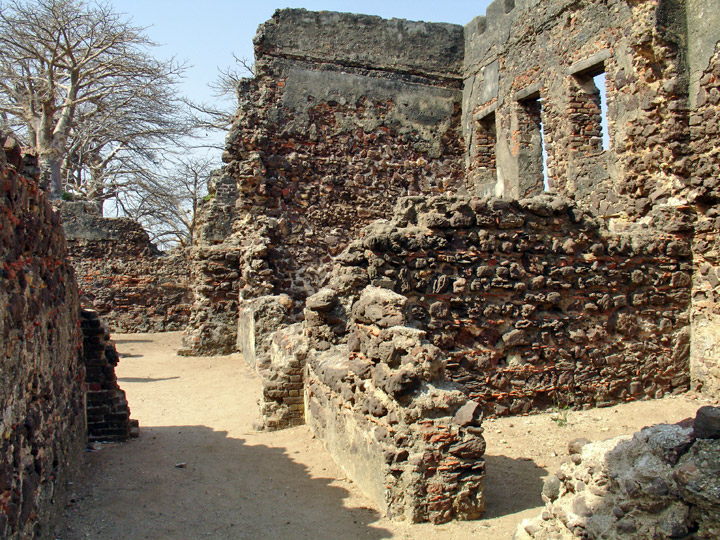 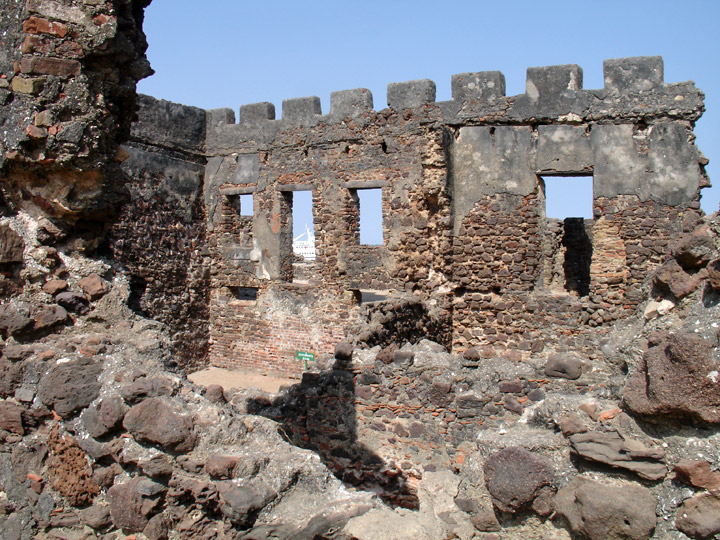 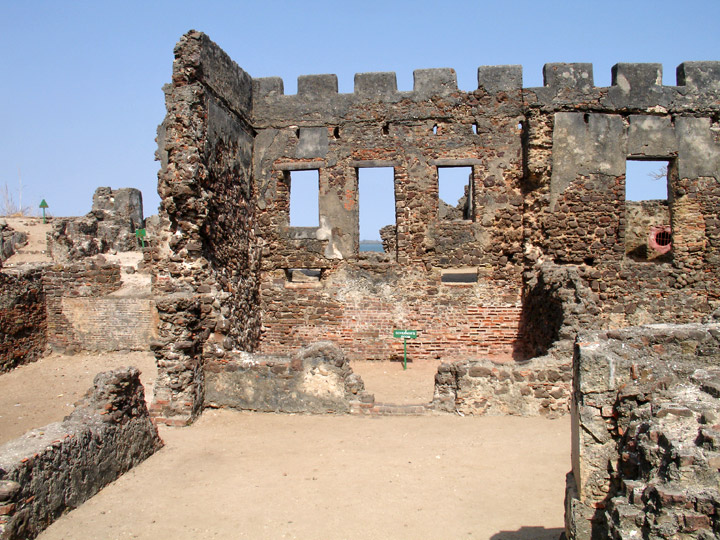 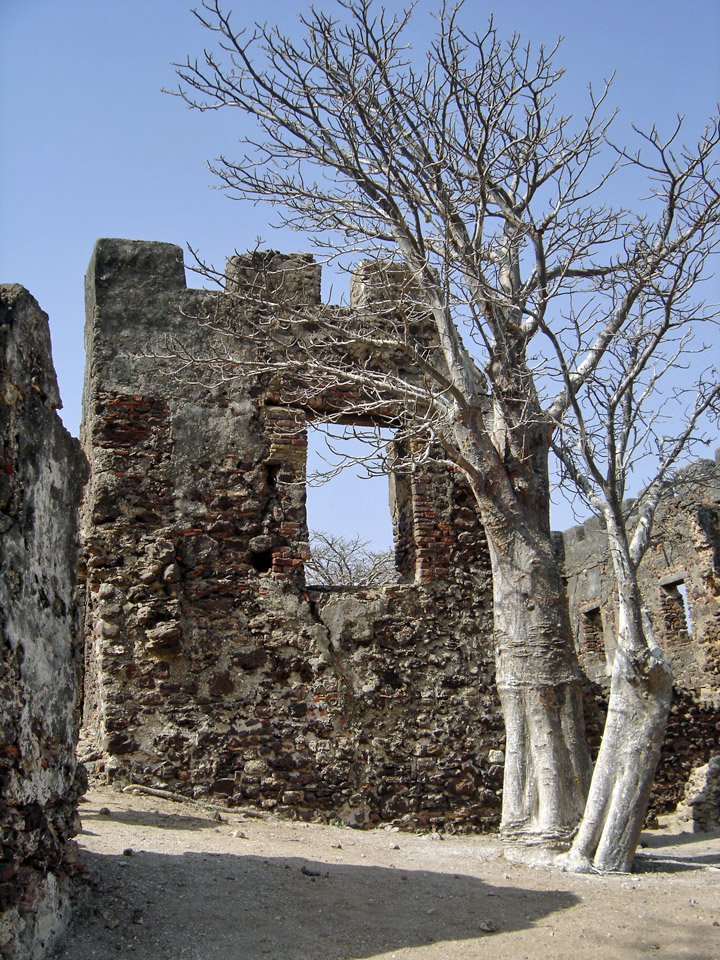 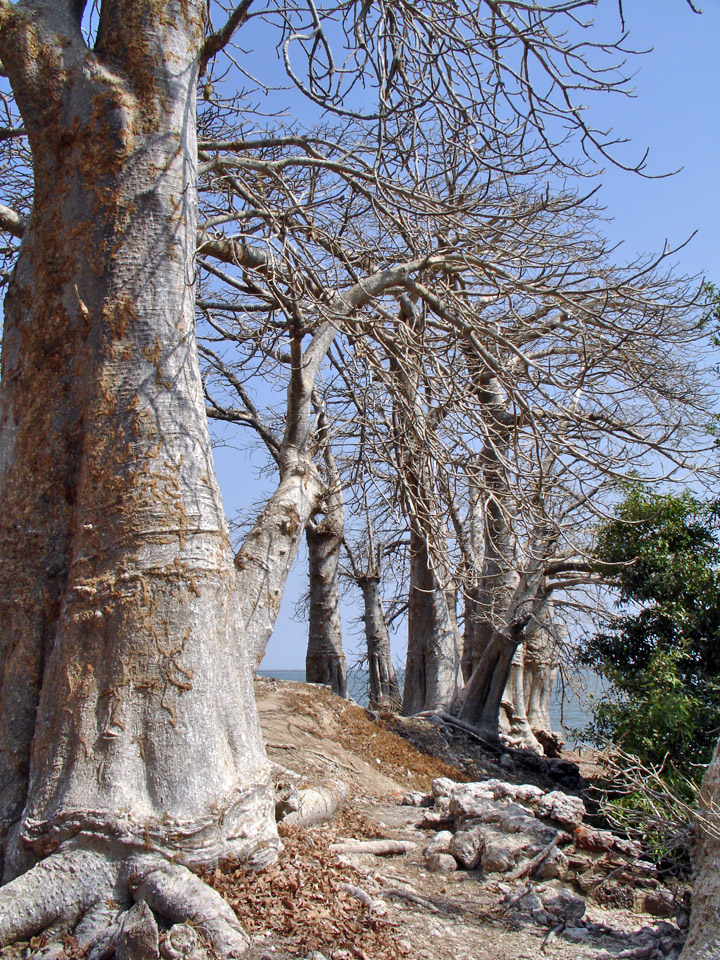 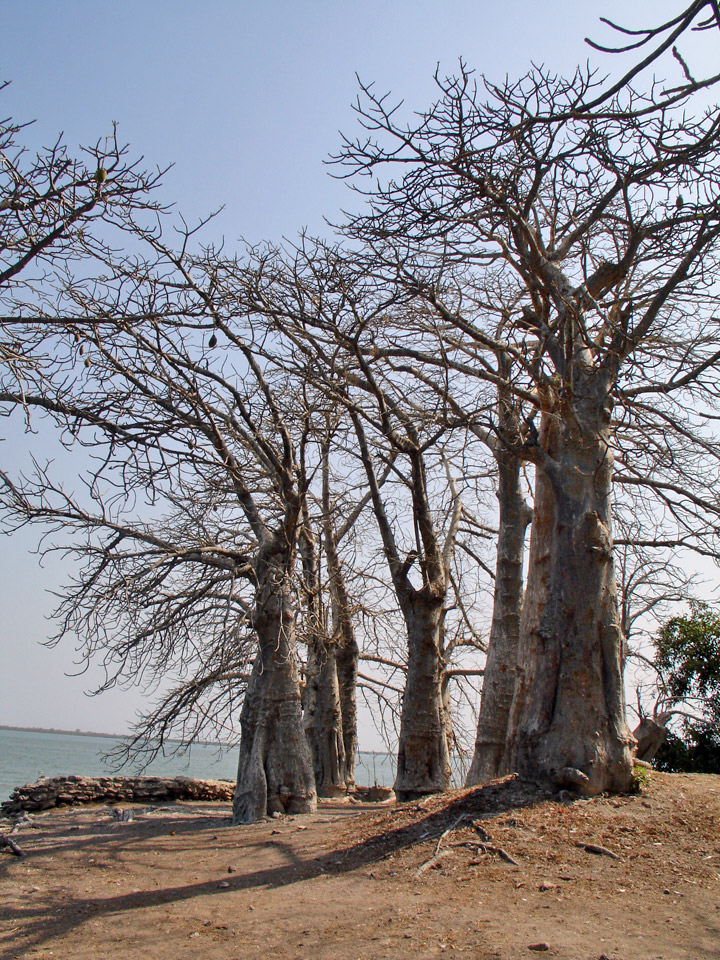 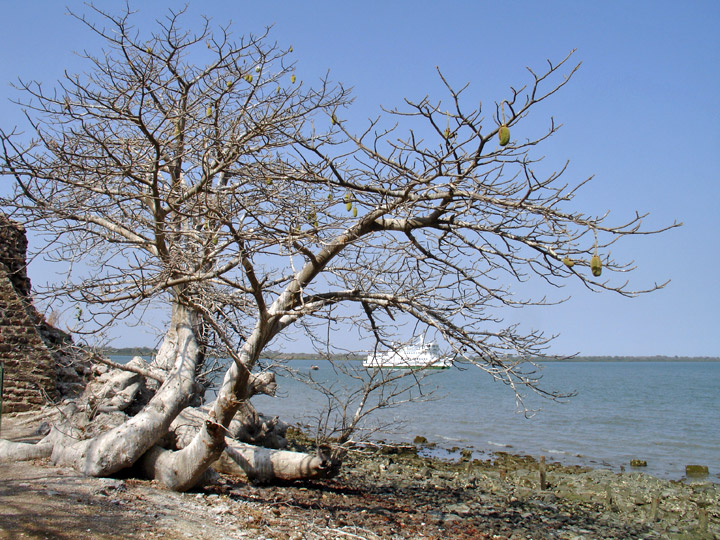