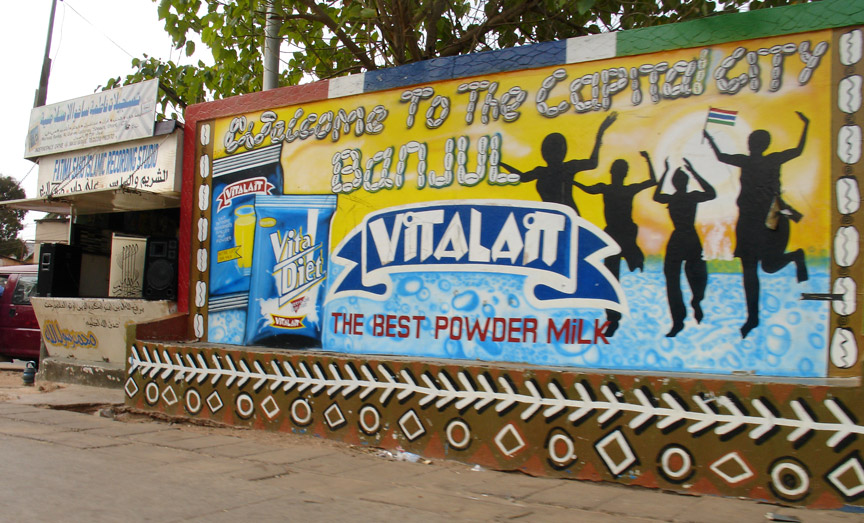 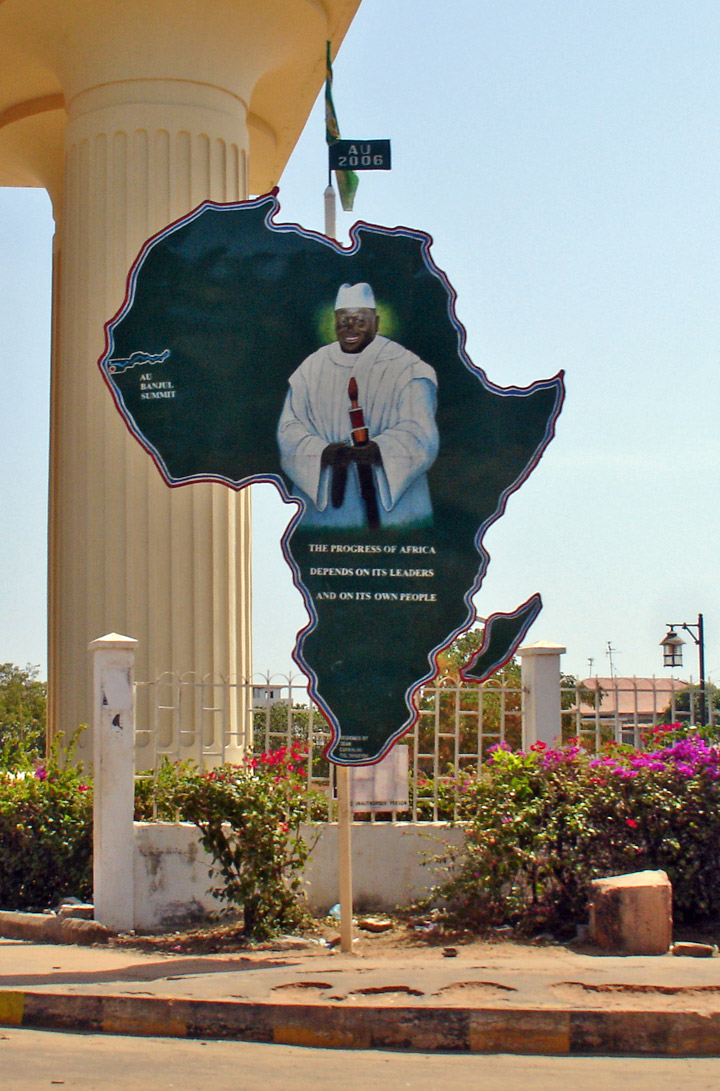 Host of African Union summit in 2006

In 1816, the British founded Banjul as a trading post and base for suppressing the slave trade. It was first named Bathurst after Henry Bathurst, the secretary of the British Colonial Office, but was changed to Banjul in 1973. 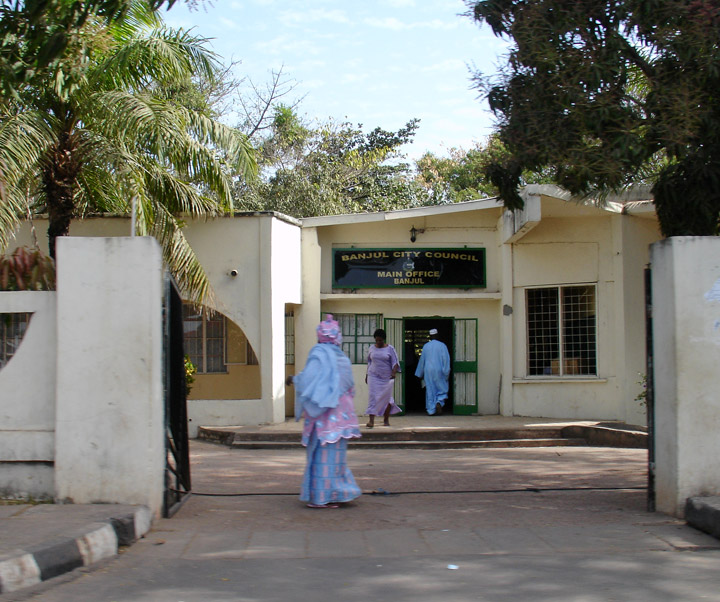 On July 22, 1994, Banjul was the scene of a bloodless military coup d'etat in which President Dawda Jawara was overthrown and replaced by the country's current (and twice reelected) President Yahya Jammeh. To commemorate this event, Arch 22 was built as an entrance portal to the capital. The gate is 35 metres tall and the centre of an open square. It houses a textile museum. 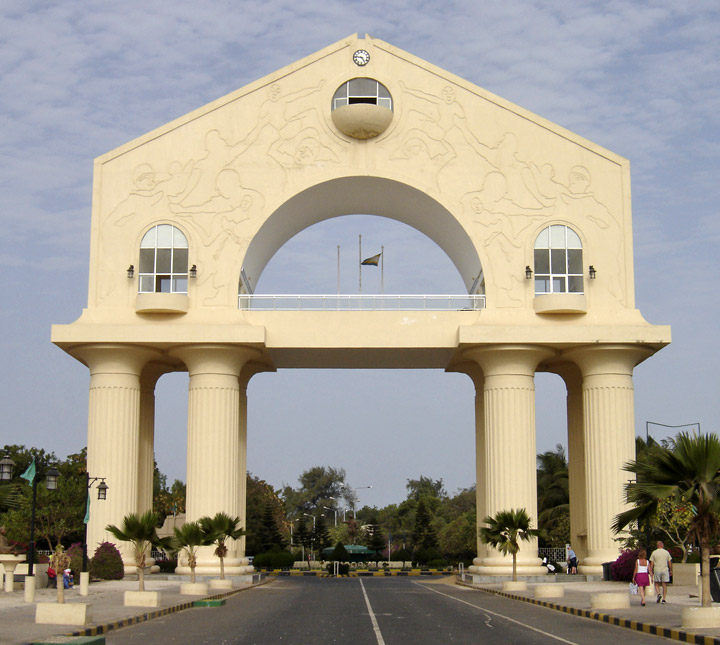 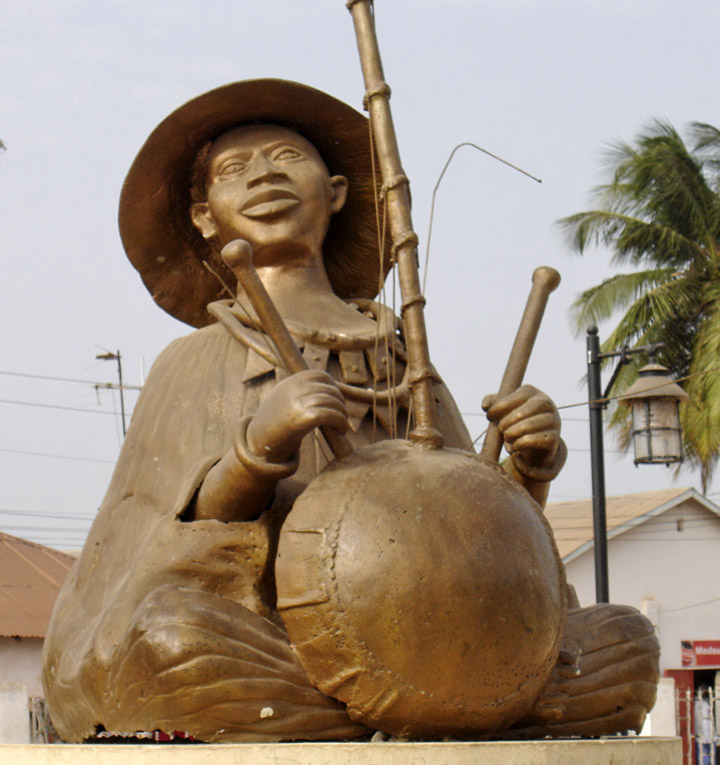 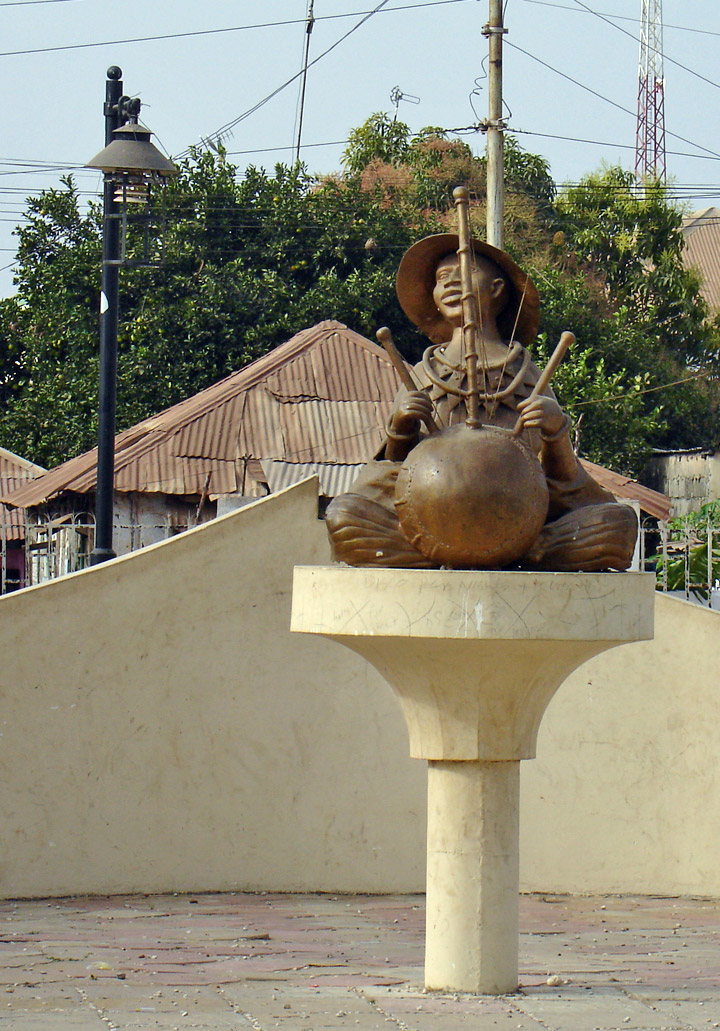 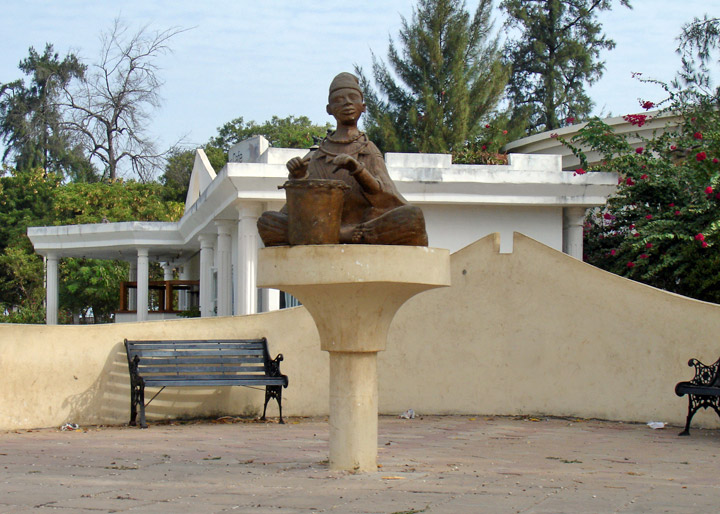 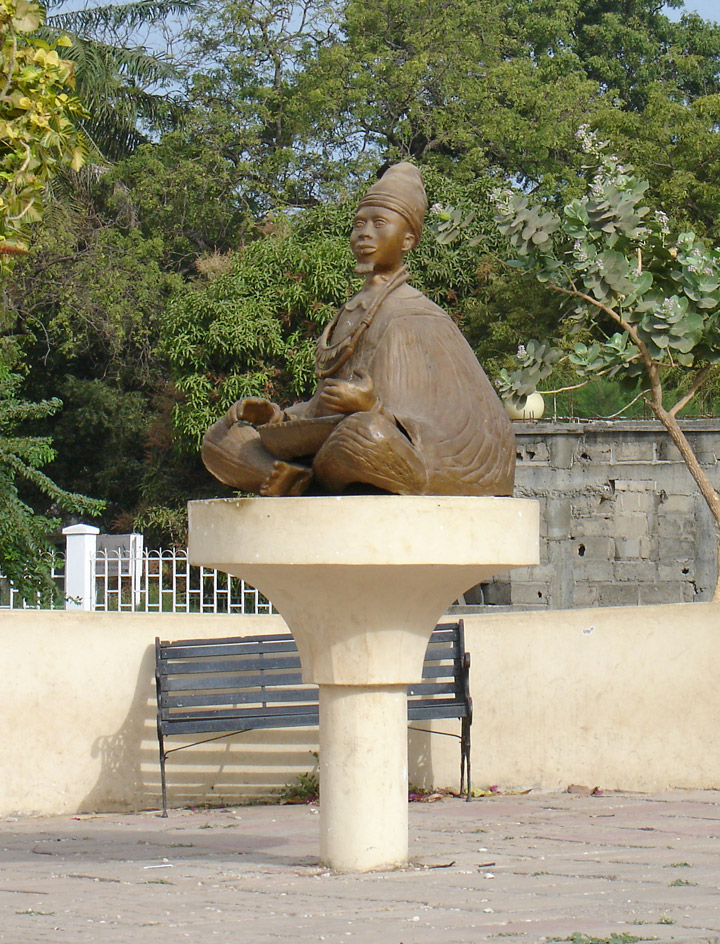 Banjul is the main urban area of The Gambia and holds the country's economic and administrative center including the Central Bank of The Gambia. As the fourth most densely populated country in Africa, The Gambia has more than one urban area. Peanut processing is the country's principal industry, but bee's wax, palm wood, palm oil, and skins and hides are also shipped from its port. 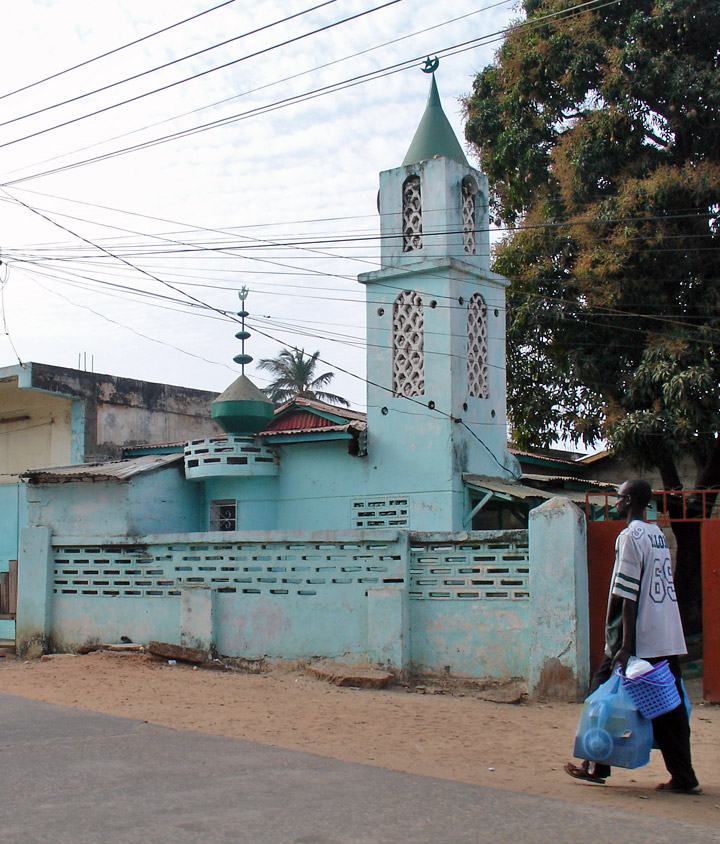 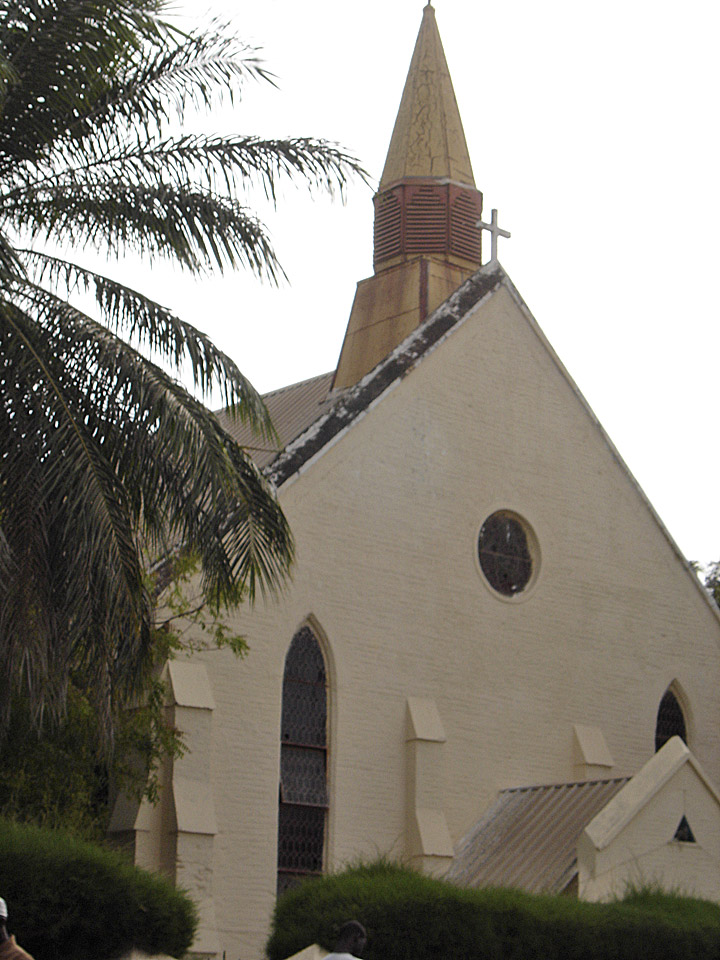 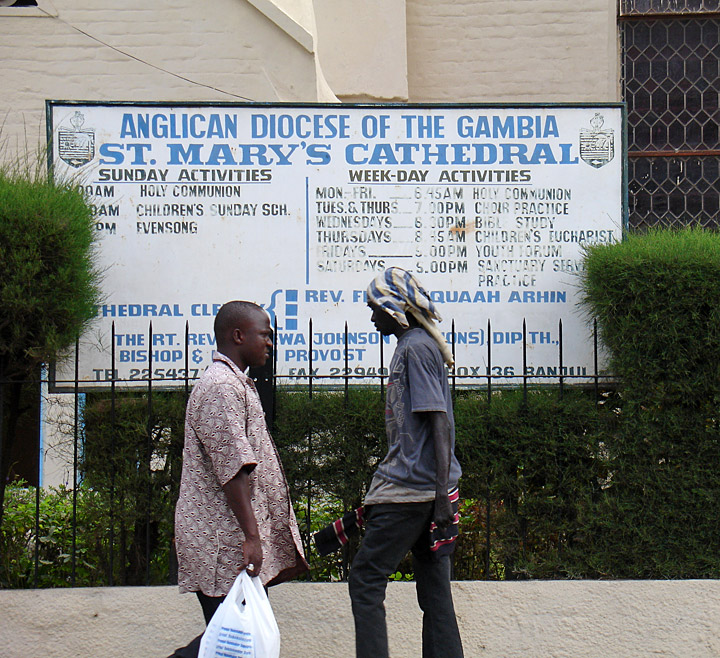 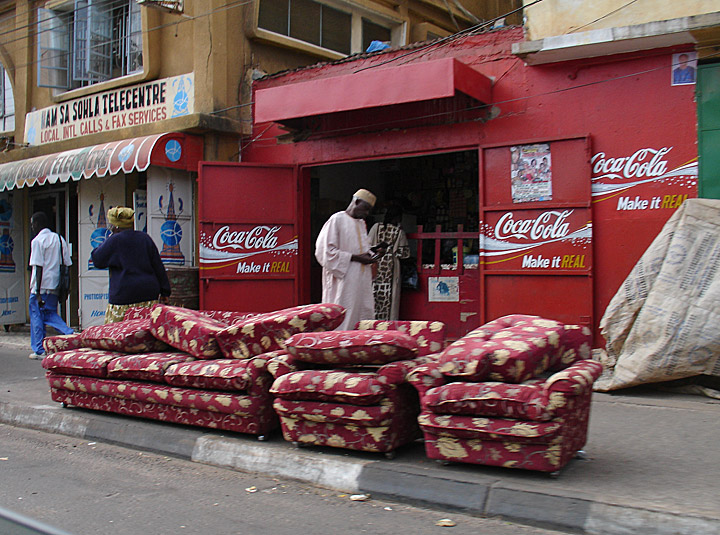 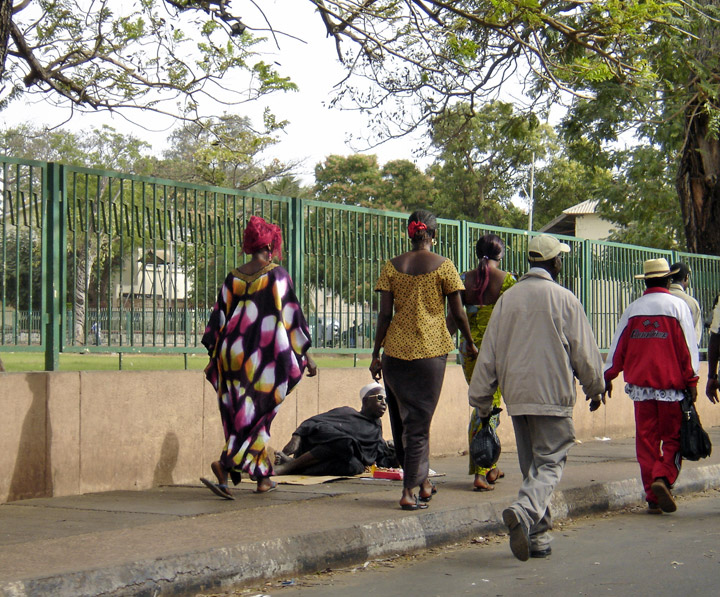 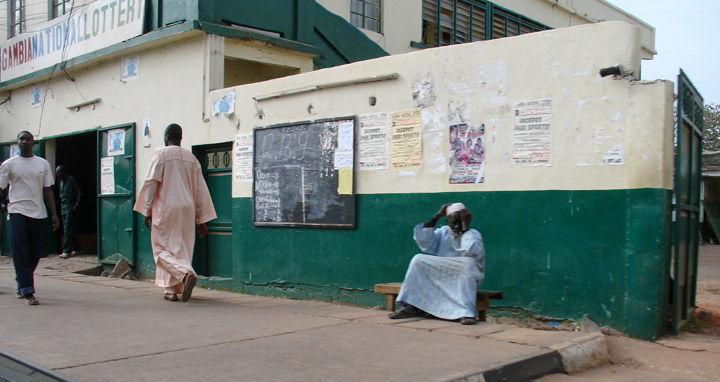 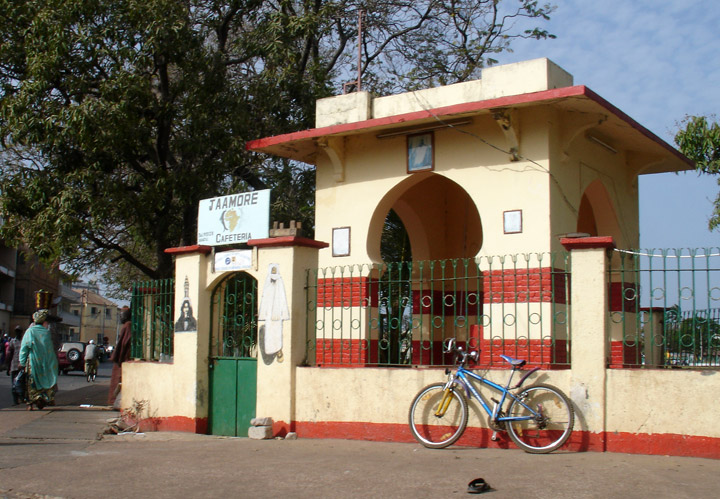 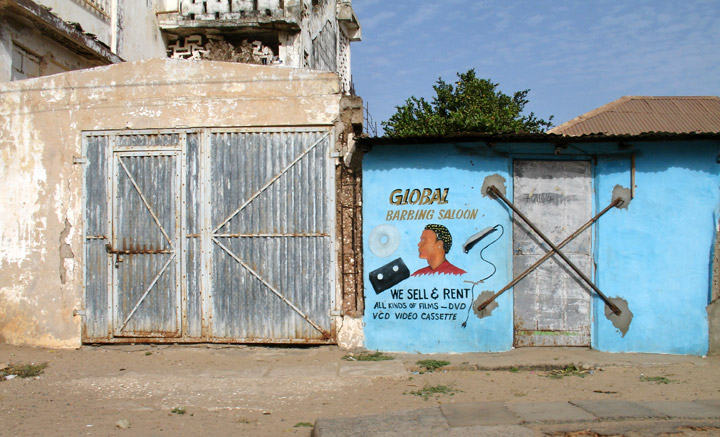 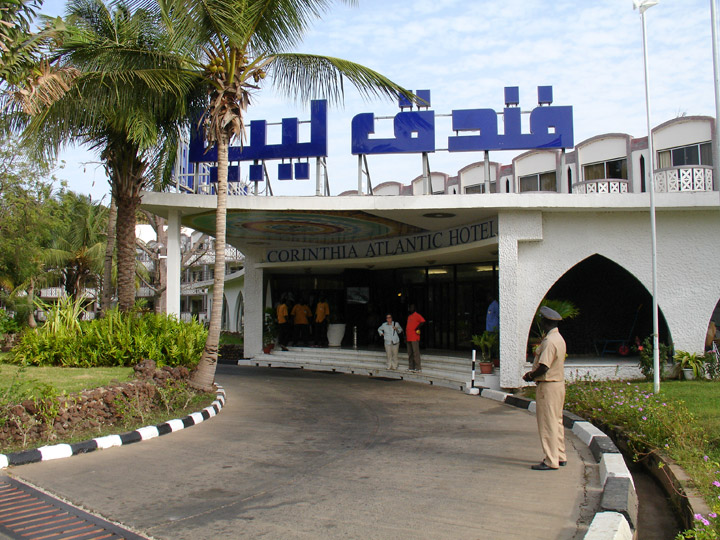 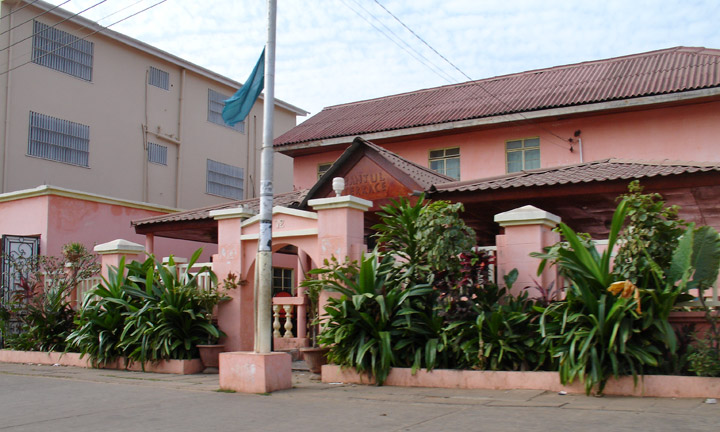 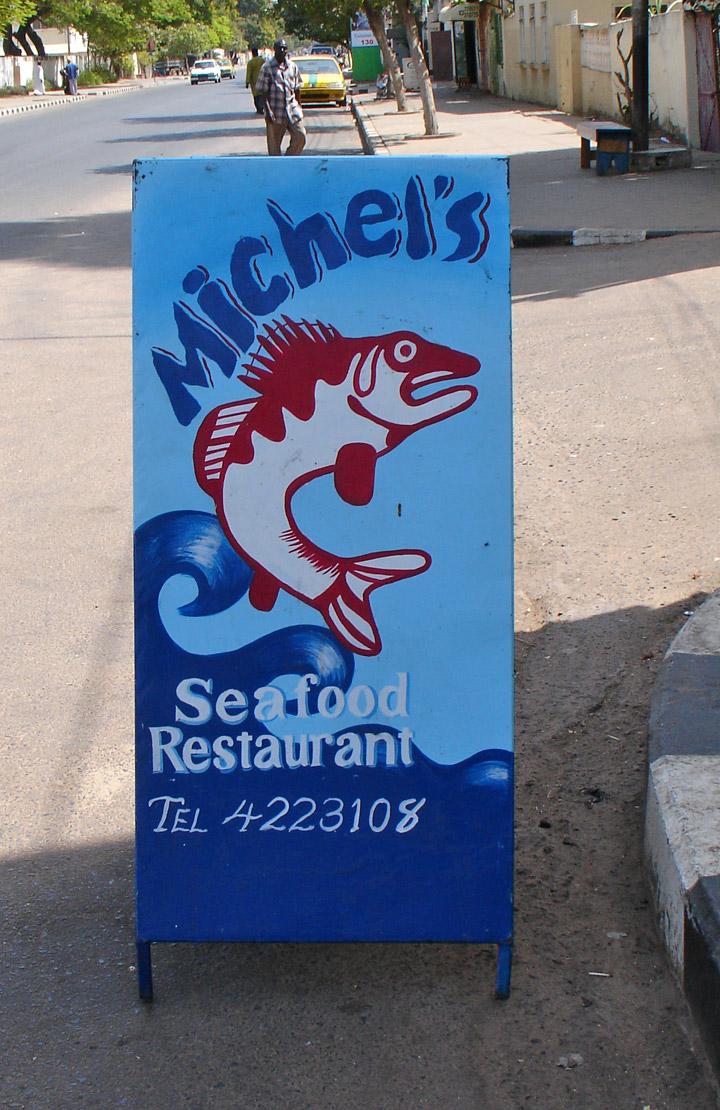 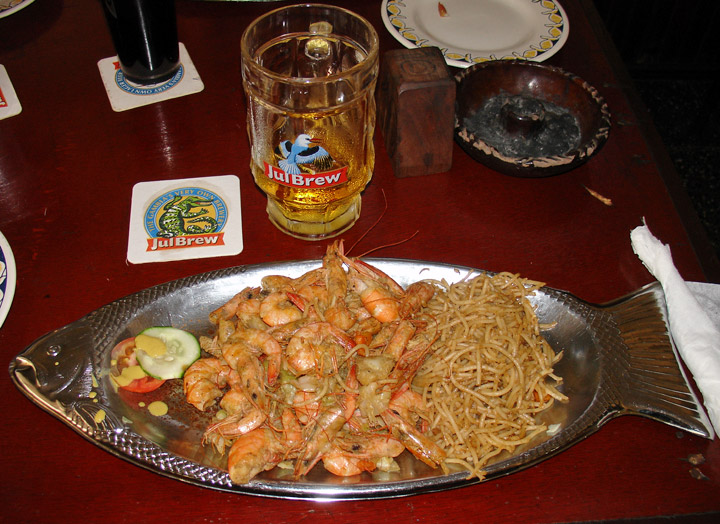 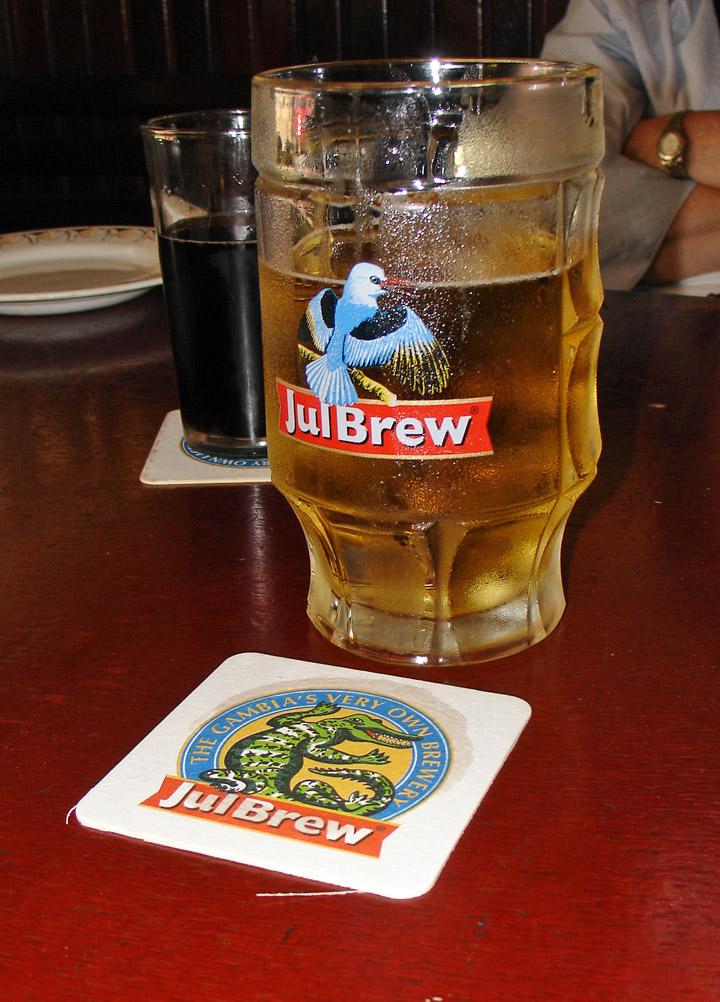 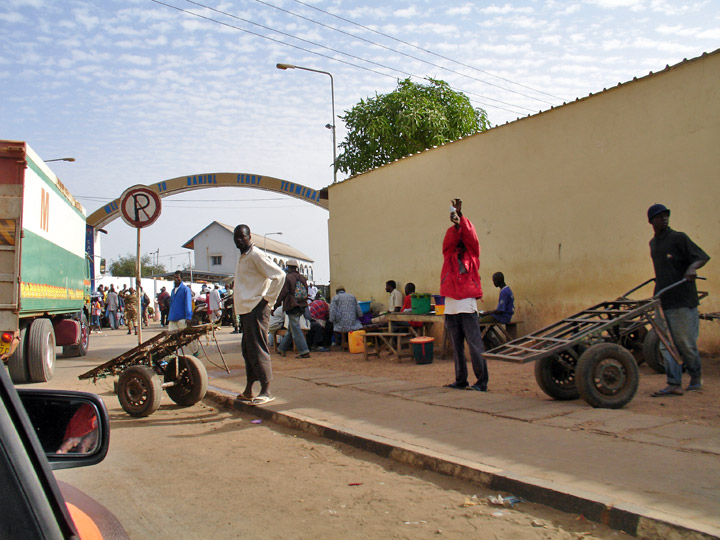 entrance to the ferry to go North to Dakar 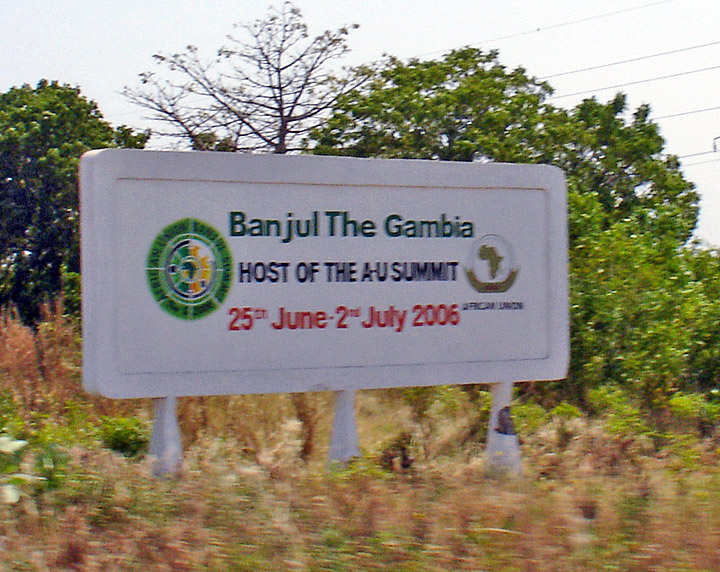 Proud of having hosted the 2006 African Union summit