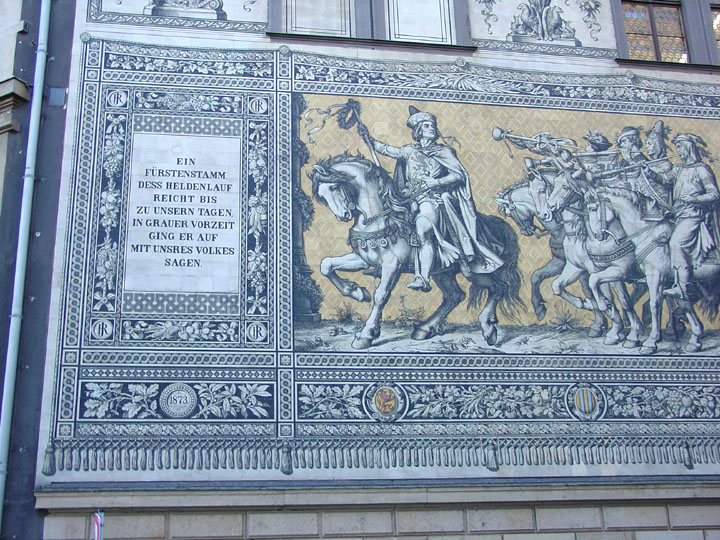 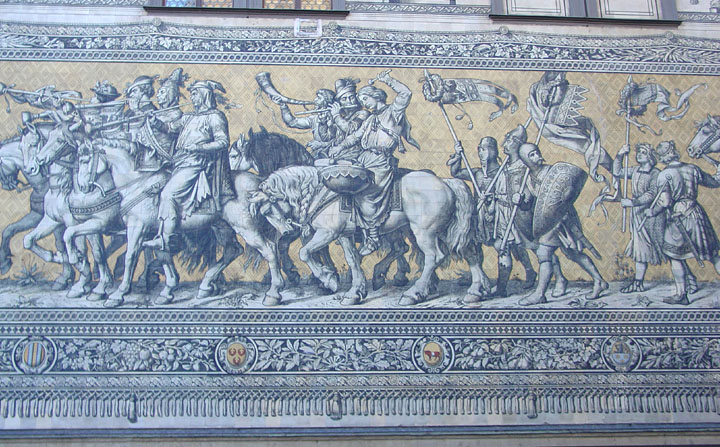 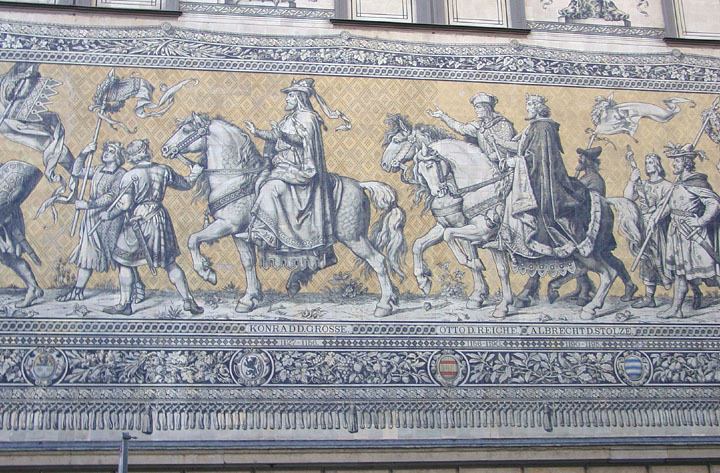 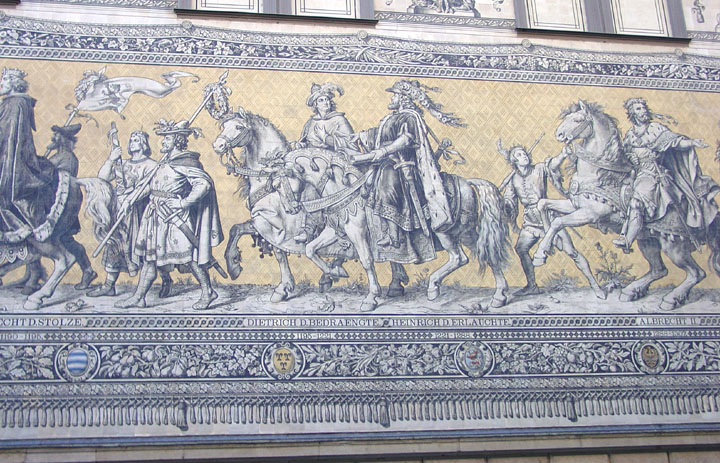 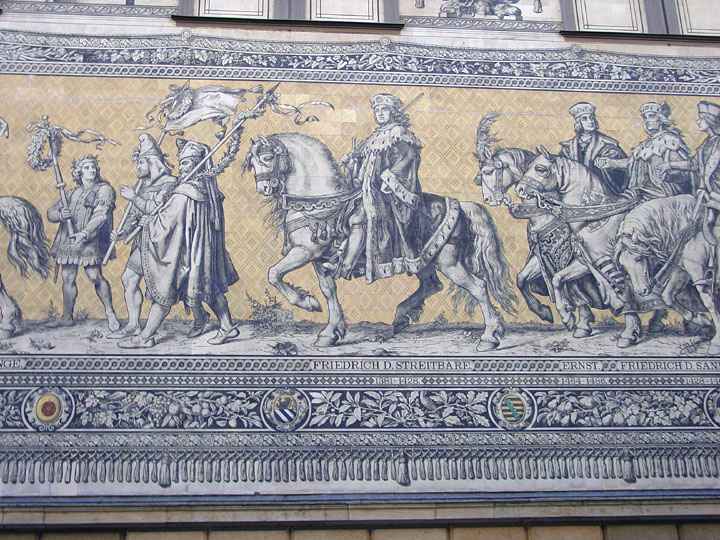 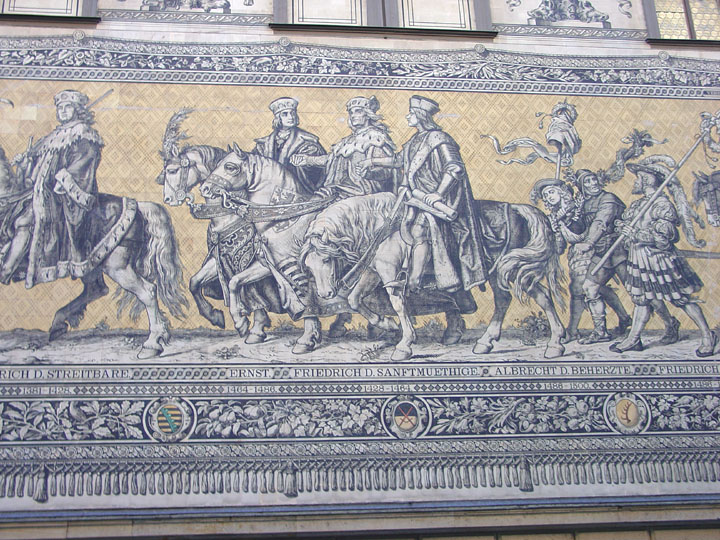 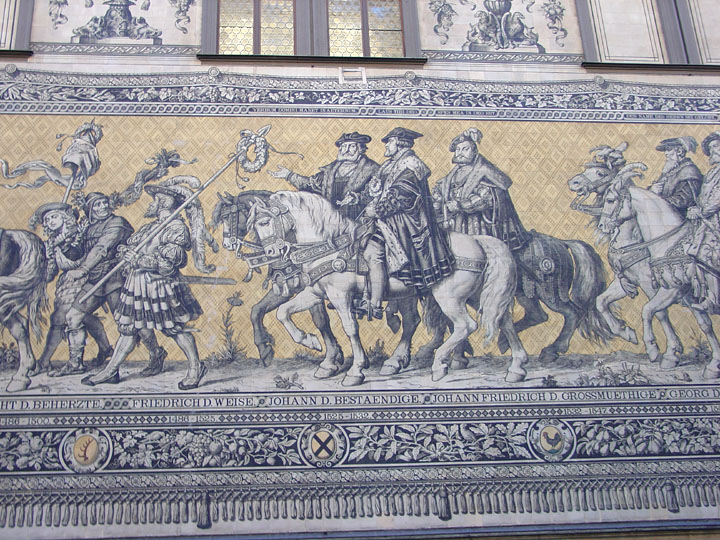 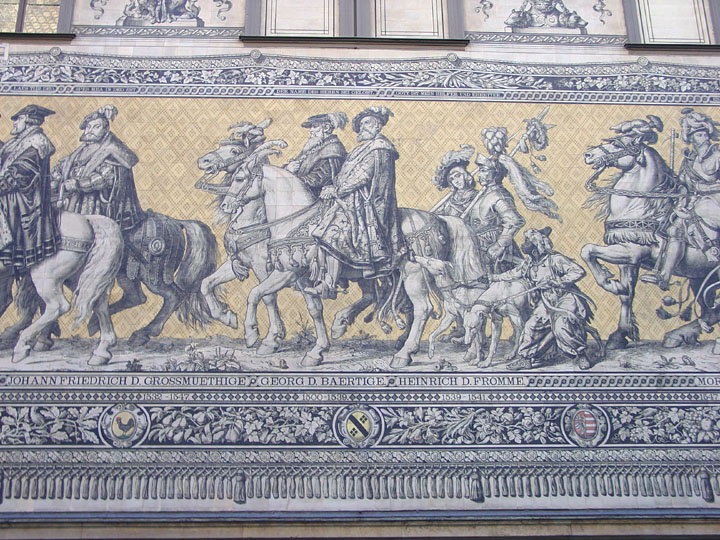 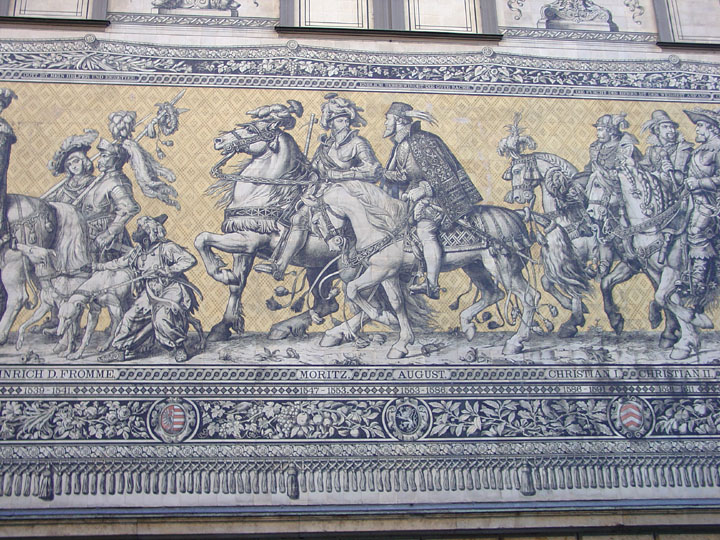 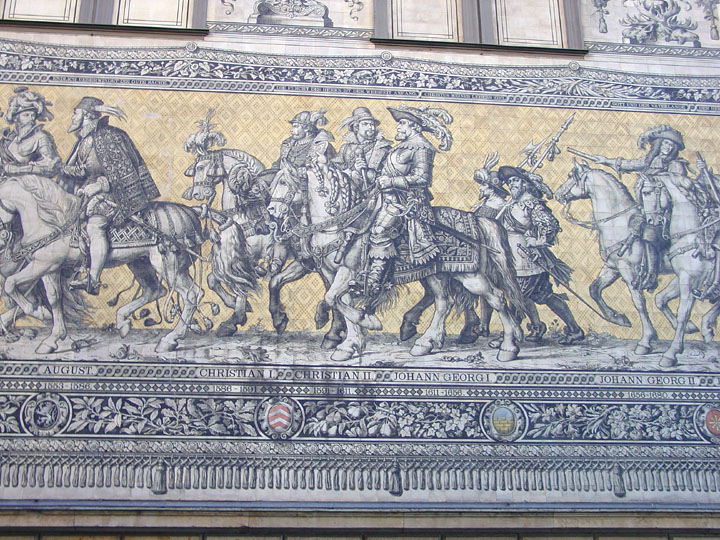 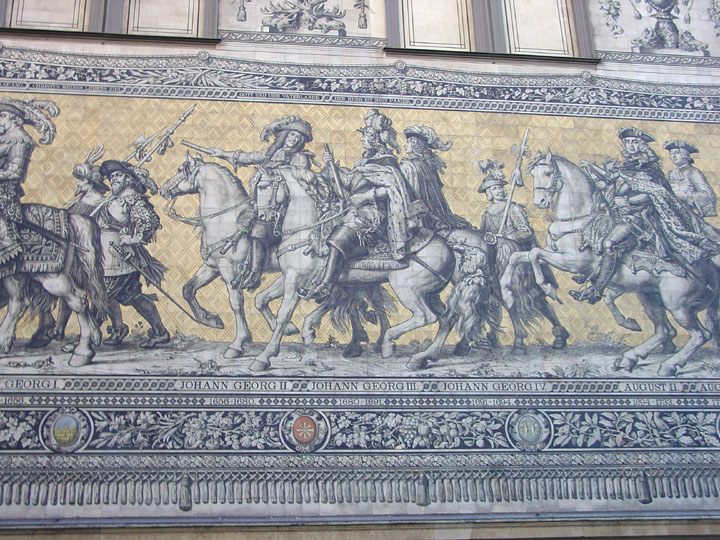 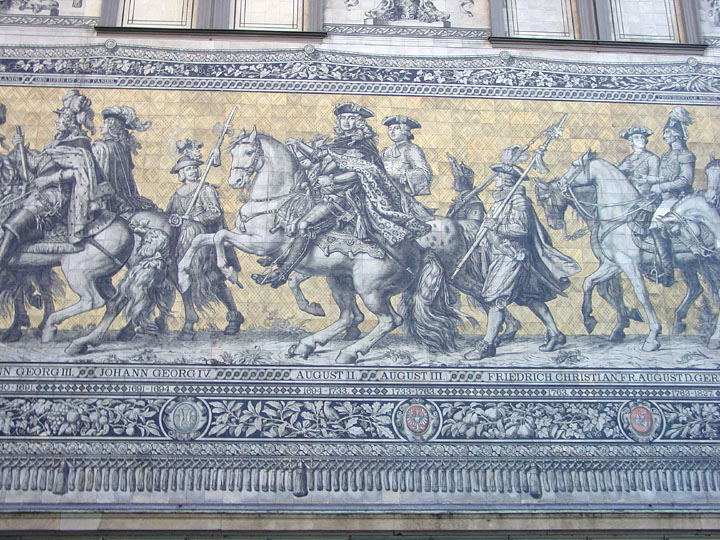 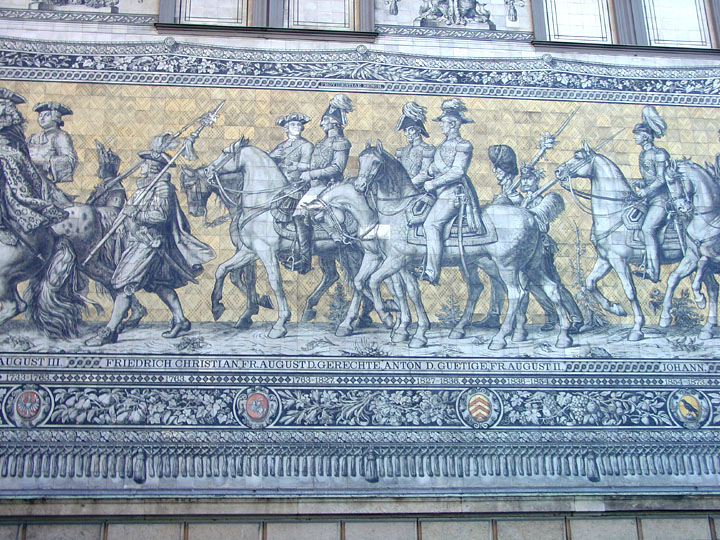 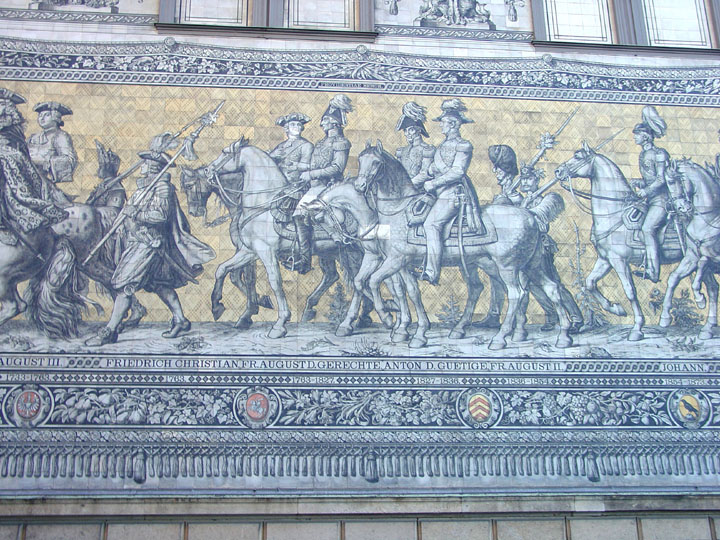 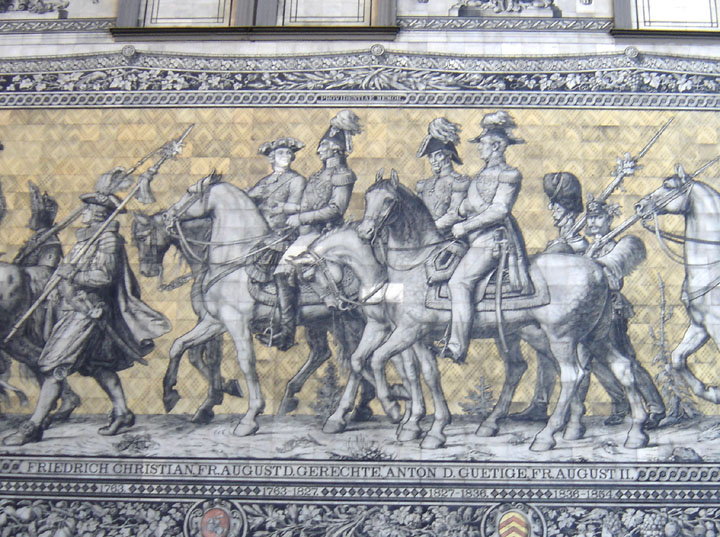 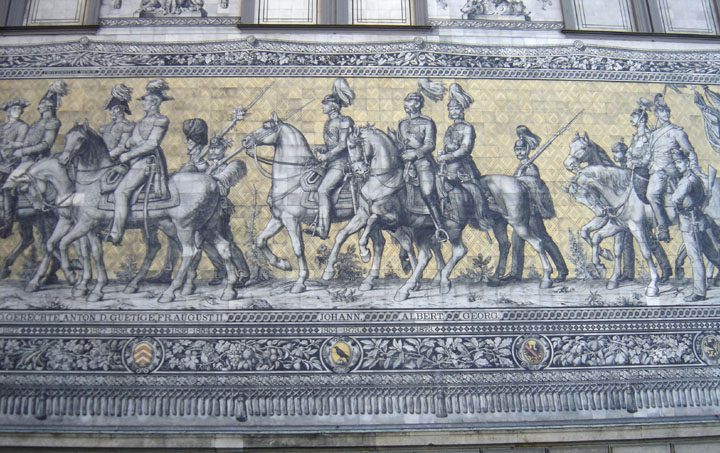 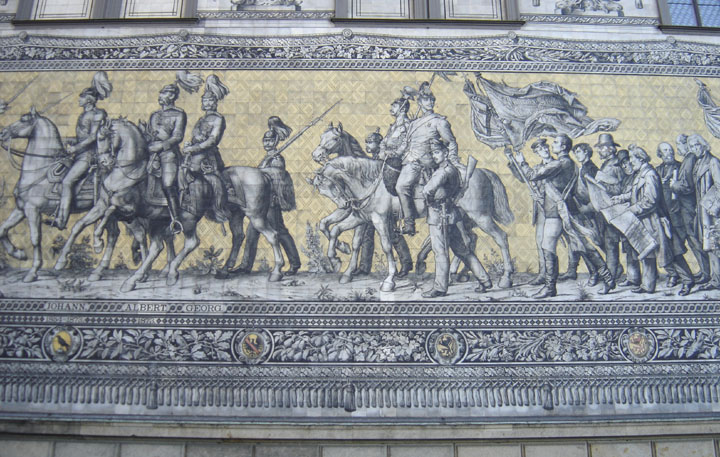 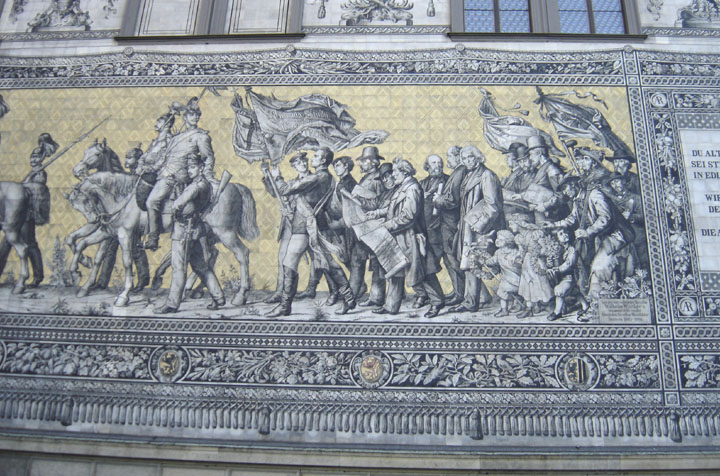 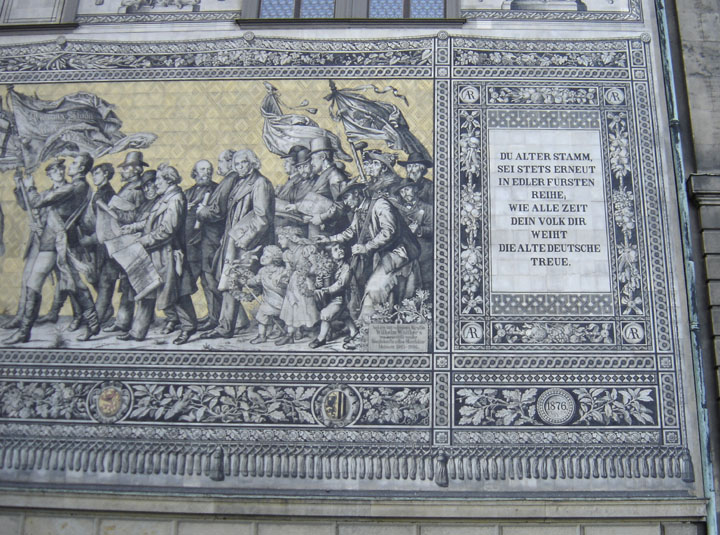 The Franks under Charlemagne slowly conquered the pagan Saxon tribes (782-804). The Saxons were initially subsumed by the Frankish Empire, but emerged as a separate kingdom during the Carolingian fragmentation that followed.

Saxony emerges as one of the more powerful stem duchies in East Francia (kings of Germany), once the formal split is made between East and West Franks. The earliest dukes seize the throne of East Francia and under Otto I create what comes to be known the Holy Roman Empire.

There came to be some conflict in Saxony between the Hohenstaufen and Welf dukes. The former went on to become HREs while the latter seemed to lose out and were granted the Duchy of Brunswick as compensation.

Albert I the Bear Gained the Margraviate of North March & formed Brandenburg.

Interregnum? During this period the feud between the Hohenstaufens and Welfs reaches its peak. Saxony is divided between Saxe-Lauenberg (in the west) and Saxe-Wittenberg (in the east). Only the eastern part retains its name, and is much reduced in stature, now being a mere Electorate.

The title of the duchy of Saxony had passed to the Margraves of Meissen, a march county between the original Saxon lands and Poland. Later Saxony was situated east and south of the original duchy. The original duchy lands eventually became known as Upper Saxony, and were subsumed within Westphalia. The newer lands around the Lower Elbe became Lower Saxony, and this is where the name survived until the end of the German Empire.

As with many German states, territory began to be divided with formal and permanent divisions between heirs, and some of these were never undone by succeeding generations. There could be as many dukes as there were heirs, but only one of them could retain the title Elector of Saxony. So the first division of Saxony was between Electorate and Duchy. Saxe Weimar became Saxony's principle duchy, and was eventually elevated to a grand duchy.

Frederick I the Warlike Duke & Elector.

The electorate's territory is divided between Ernest and Albert. Ernest's line holds the electorship for a few generations before the Albertines gain precedence.

Ernest Elector. Founder of the Line of Ernestine.

Albert the Bold Duke. Founder of the Line of Albertine.

The electorate is elevated to a kingdom by Napoleon Bonaparte on 11th December.

Frederick Augustus I Christian Leopold Kingdom halved by Prussia in 1814.

By this time there exists alongside the Kingdom of Saxony, the Grand Duchy of Saxe-Weimar-Eisenach, and the Duchies of Saxe-Gotha-Altenburg, Saxe-Meiningen, Saxe-Hildburghausen, and Saxe-Coburg-Saalfeld.

The wife of the duke of Saxe-Coburg-Saalfeld is heiress to Saxe-Gotha-Altenburg, so the latter title falls to Saxe-Coburg as Saxe-Coburg-Gotha. The duke's son, Albert, marries (in 1839) Queen Victoria of England, and one of his sons later inherits the title. Saxe-Altenburg is detached from Saxe-Gotha and passes to Saxe-Hildburghausen. The latter duke exchanges this for his old territory, which passes to Saxe-Meiningen.

The kingdom annexed as part of the German Empire by Prussia. Ironically, Prussia itself was originally created out of the margraviate of Brandenburg, which the original Dukes of Saxony helped create. Saxony now occupies the position of a sub-kingdom.

All German monarchies are abolished upon the defeat of the German Empire in World War I.