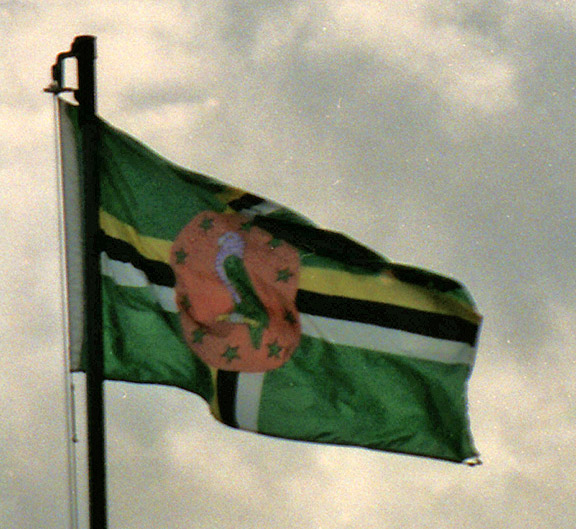 The Commonwealth of Dominica, commonly known as Dominica (French: Dominique), is an island nation in the Caribbean Sea.  In Latin, its name means "Sunday", which was the day on which it was discovered by Columbus. 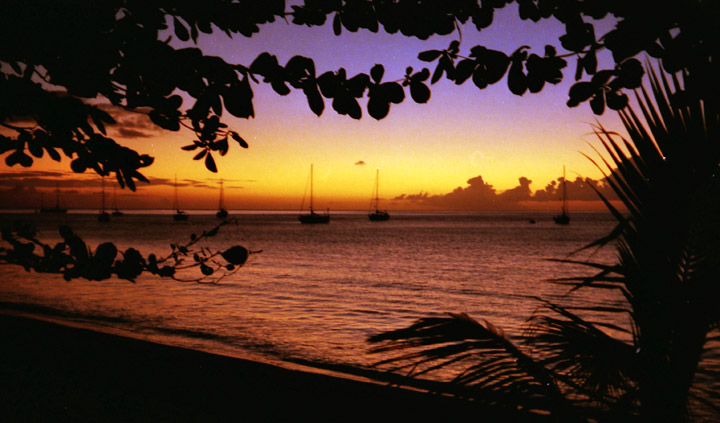 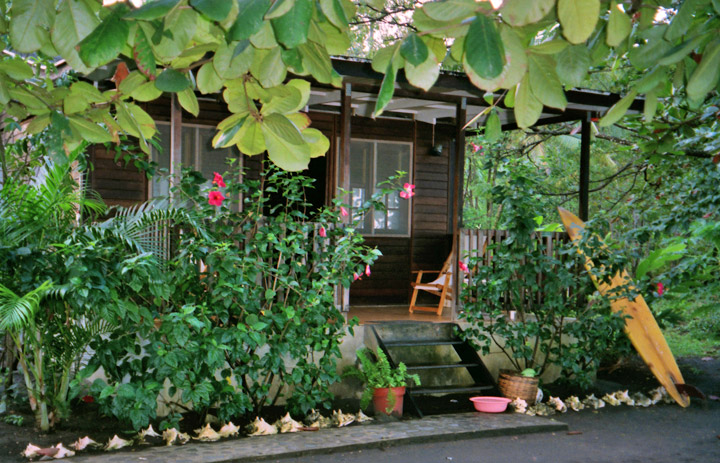 Dominica's pre-Columbian name was Wai'tu kubuli, which means "Tall is her body". The indigenous people of the island, the Caribs, have a territory similar to the Indian reserves of North America. Because the island lies between two French overseas departments, Guadeloupe to the north and Martinique to the south, and because it was colonized by France for a time, it is sometimes called "French Dominica". However, its official language is English, though a French creole is commonly spoken. 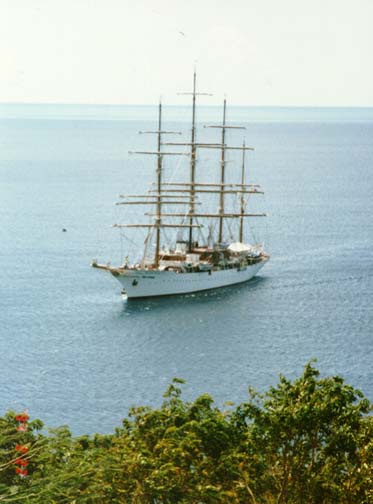 The "Sea Cloud" off of Fort Shirley 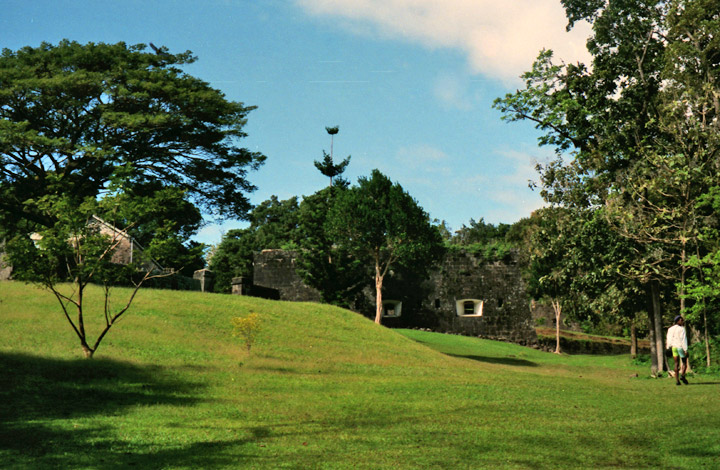 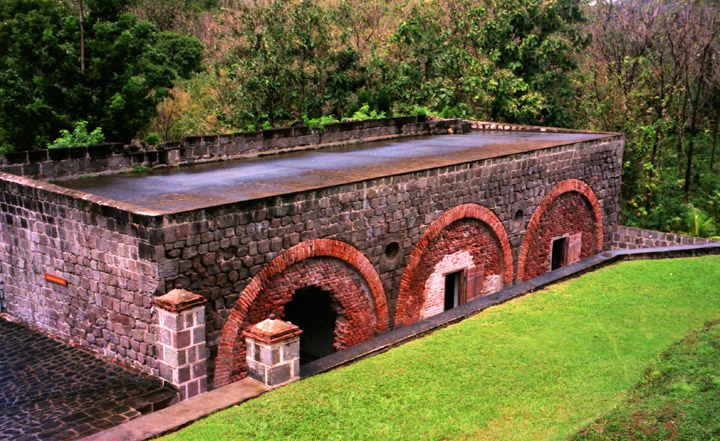 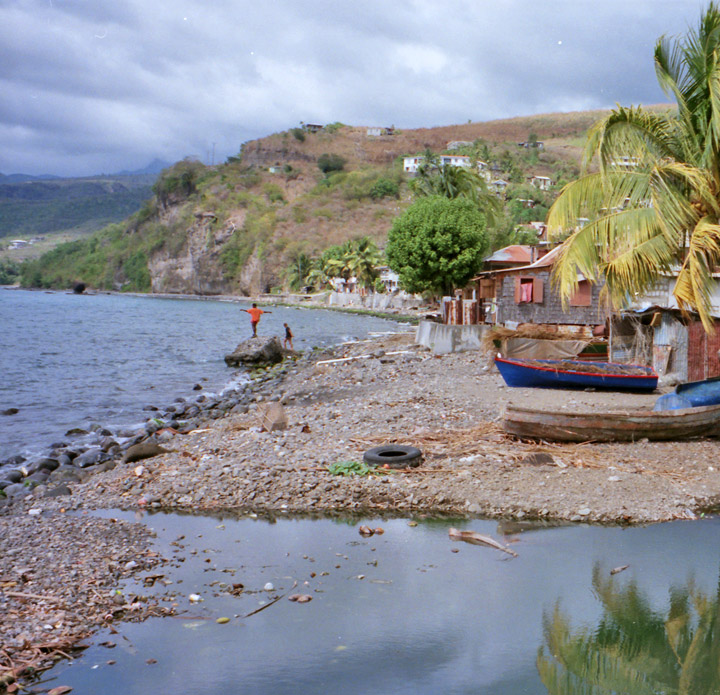 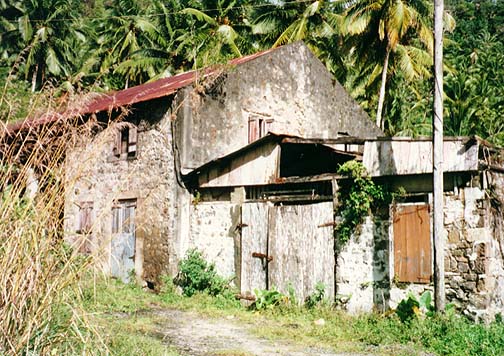 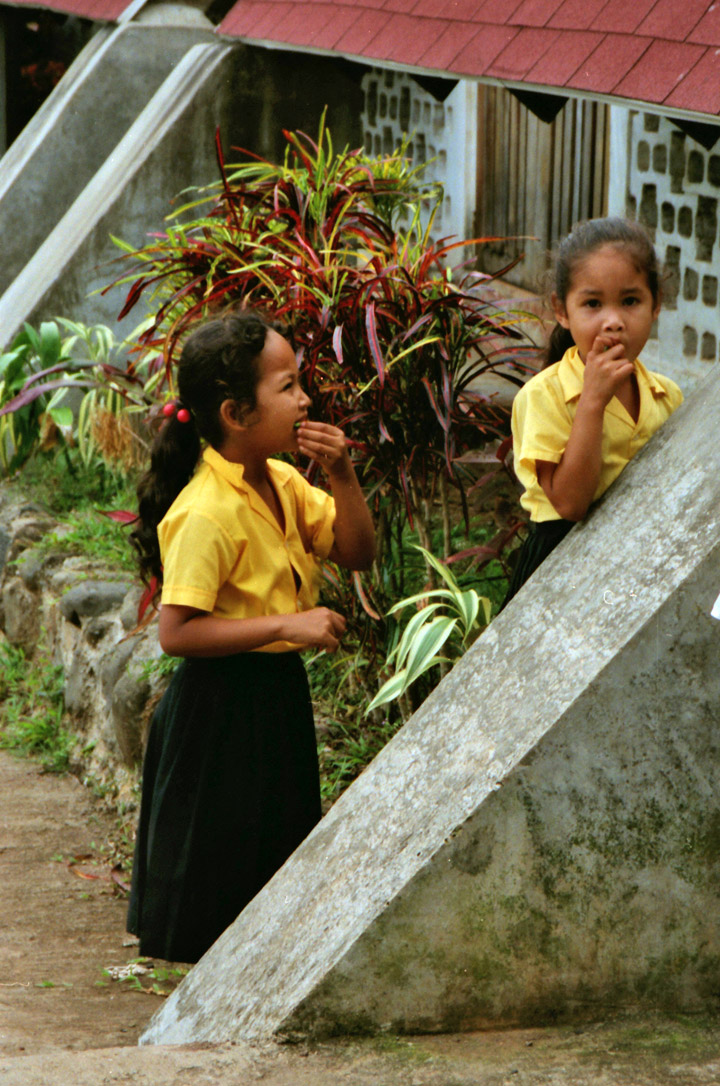 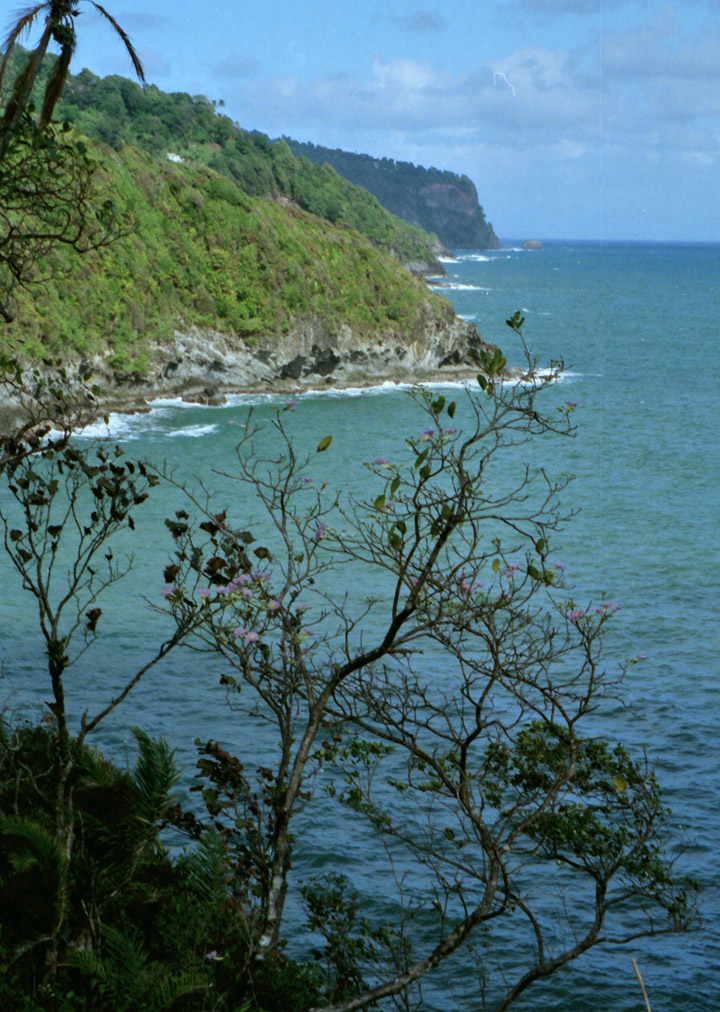 Dominica has been nicknamed the "Nature Isle of the Caribbean" due to its seemingly unspoiled natural beauty. It is one of the youngest islands in the Lesser Antilles, still being formed by geothermal-volcanic activity, as evidenced by the world's second-largest boiling lake. The island features lush mountainous rainforests, home of many very rare plants, animal, and bird species. There are xeric areas in some of the western coastal regions, but heavy rainfall can be expected inland. The Sisserou parrot, the island's national bird, is featured on the national flag. Dominica's economy is heavily dependent on both tourism and agriculture. 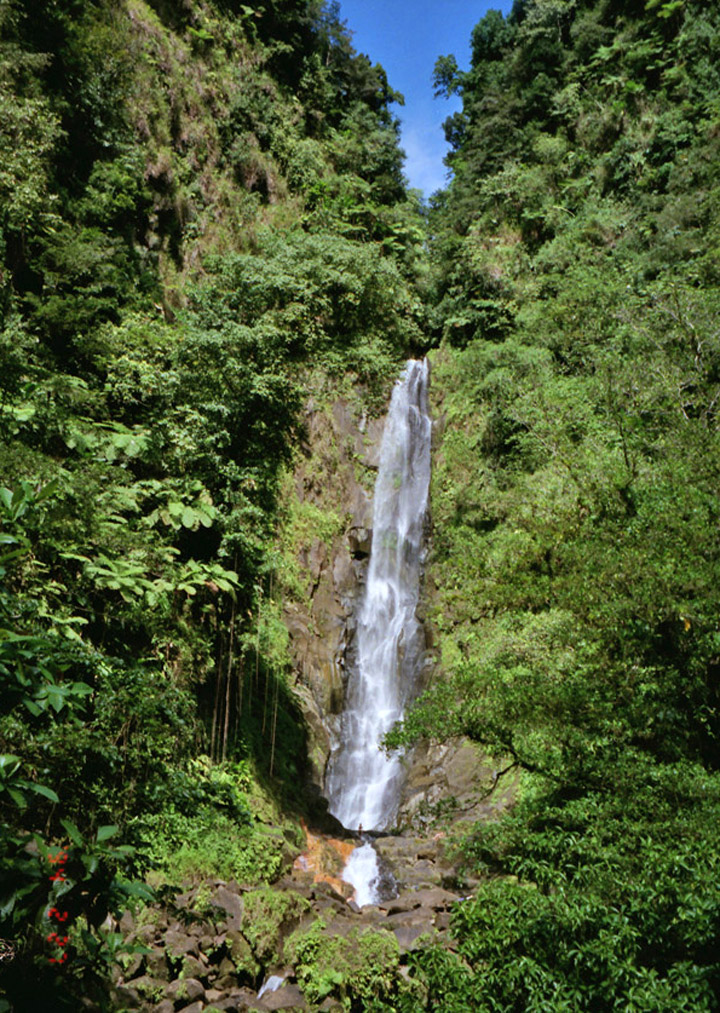 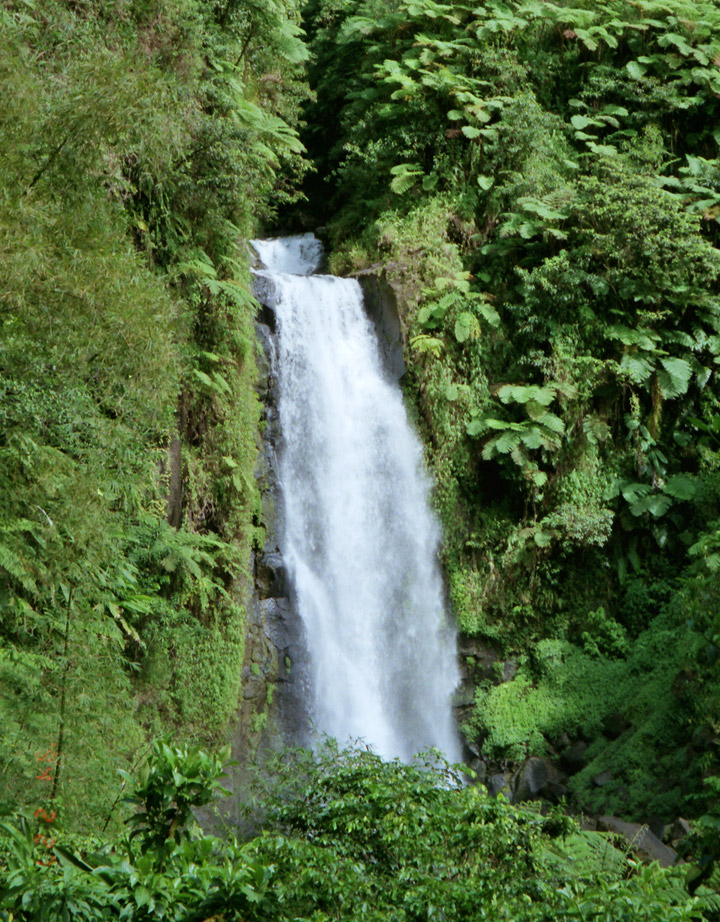 More Photos of the Island's Forests 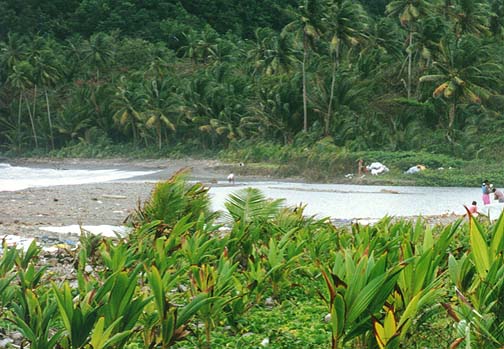 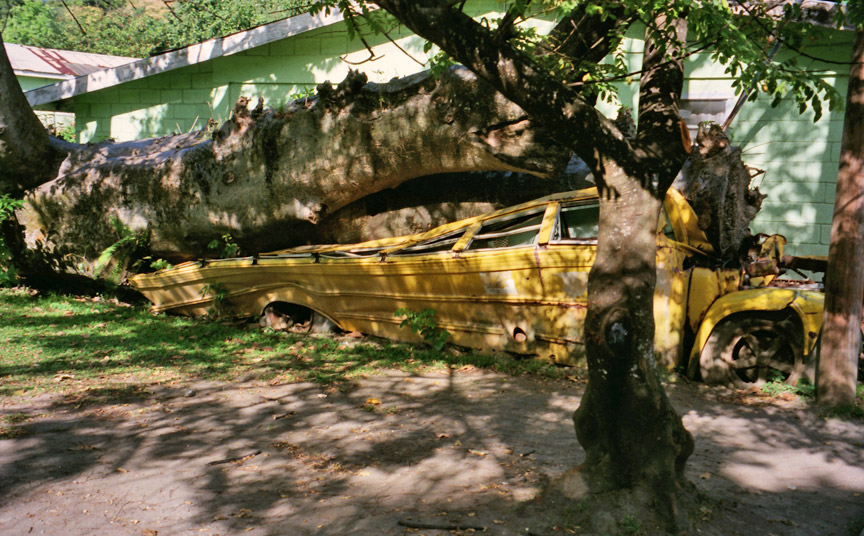 In 1979, Dominica was hit directly by category 5 Hurricane David, causing widespread and extreme damage. On August 17, 2007, Hurricane Dean, a category 1 at the time, hit the island. A mother and her seven-year-old son died when a landslide caused by the heavy rains fell onto their house. In another incident two people were injured when a tree fell on their house. Prime Minister Roosevelt Skerrit estimated that 100 to 125 homes were damaged, and that the agriculture sector was extensively damaged. 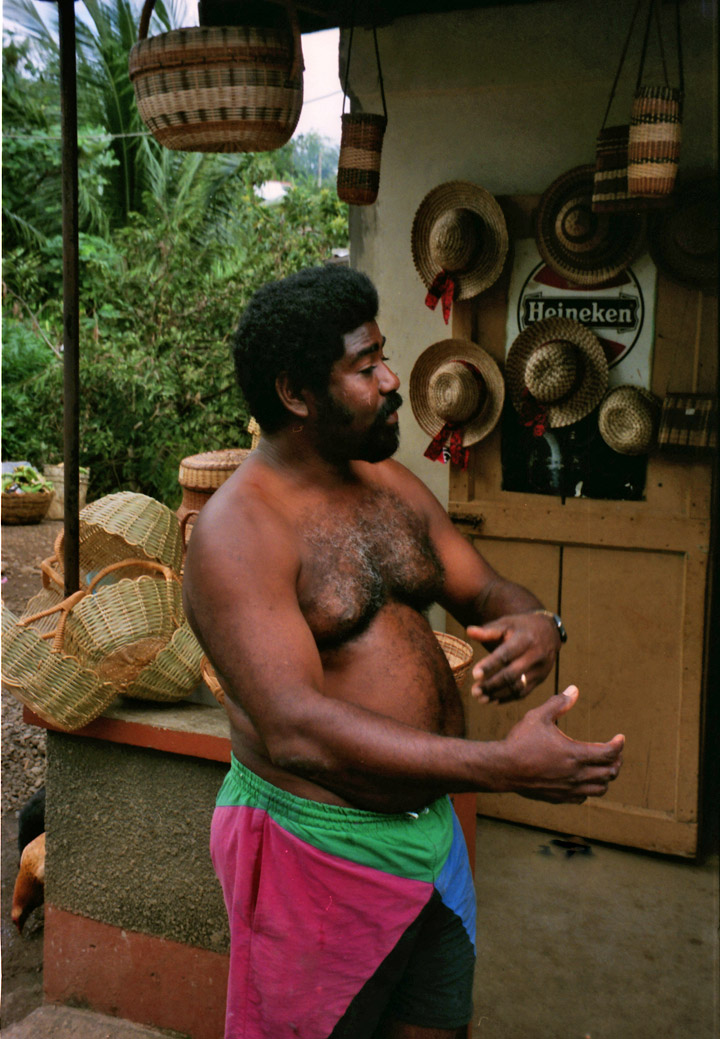 The indigenous people of Dominica, the Arawak people, were expelled or exterminated by Caribs in the fourteenth century. The Arawaks had been guided to Dominica, and other islands of the Caribbean, by the South Equatorial Current from the waters of the Orinoco River. These descendants of the early Tainos were overthrown by the Kalinago tribe of the Caribs.

The Caribs arrived on the island in special boats which they are still making at their own territory on the island. Christopher Columbus arrived at this island on Sunday, November 3, 1493. He and his crew soon left the island, having being defeated by the Caribs. In 1627 England tried and failed to capture Dominica. In 1635 the French claimed the island and sent missionaries, but they were unable to wrest Dominica from the Caribs. The French abandoned the island, along with the island of Saint Vincent, in the 1660s.

For the next hundred years Dominica remained isolated, and even more Caribs settled there after being driven from surrounding islands as European powers entered the region. France formally ceded possession of Dominica to the United Kingdom in 1763. The United Kingdom then set up a government and made the island a colony in 1805. The emancipation of African slaves occurred throughout the British Empire in 1834, and, in 1838, Dominica became the first British Caribbean colony to have a Black-controlled legislature. In 1896, the United Kingdom reassumed governmental control of Dominica and turned it into a crown colony. Half a century later, from 1958 to 1962, Dominica became a province of the short-lived West Indies Federation. In 1978 Dominica finally became an independent nation. 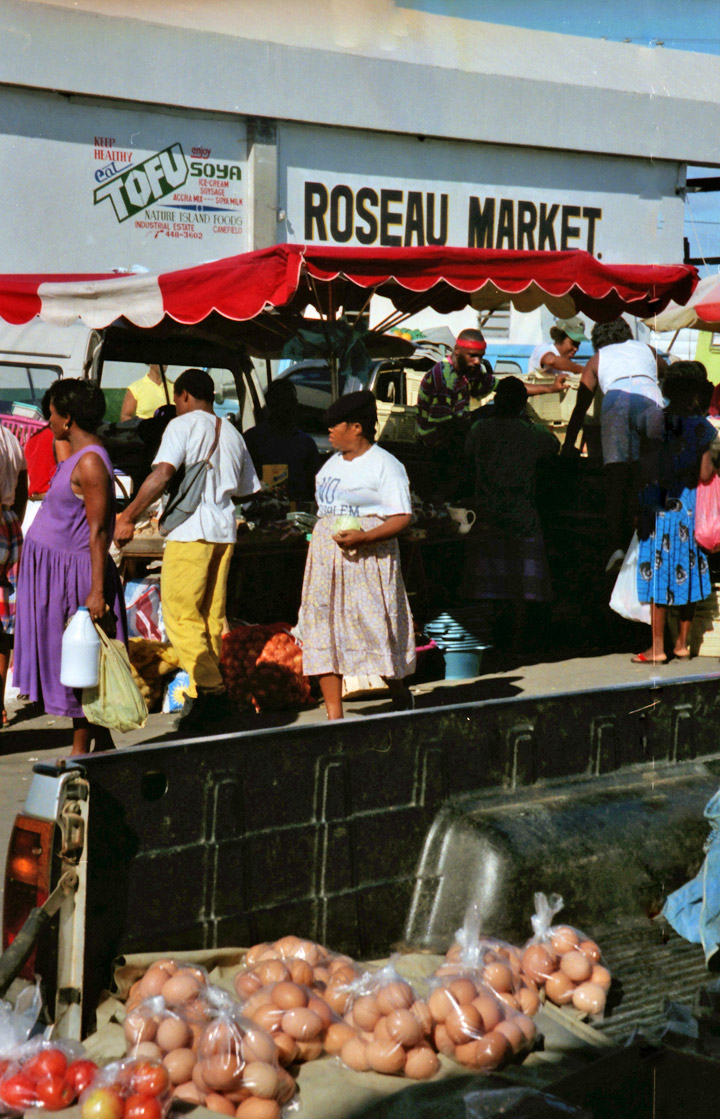 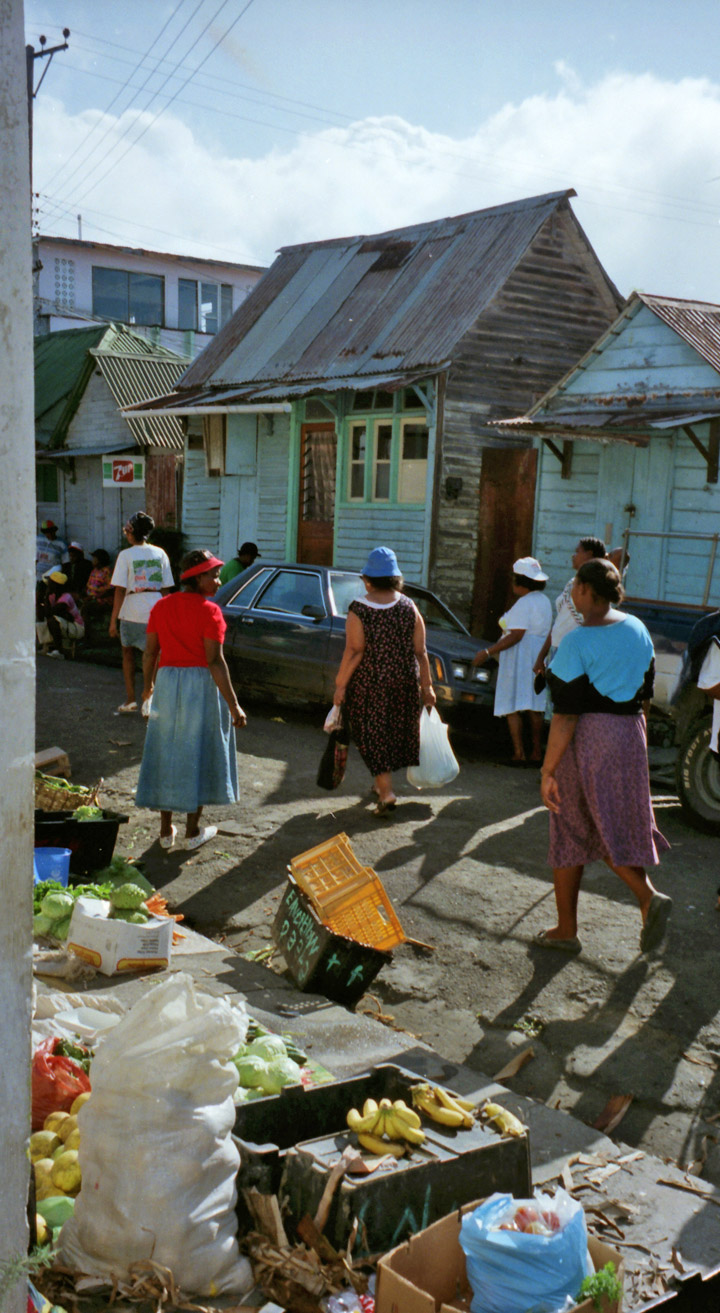 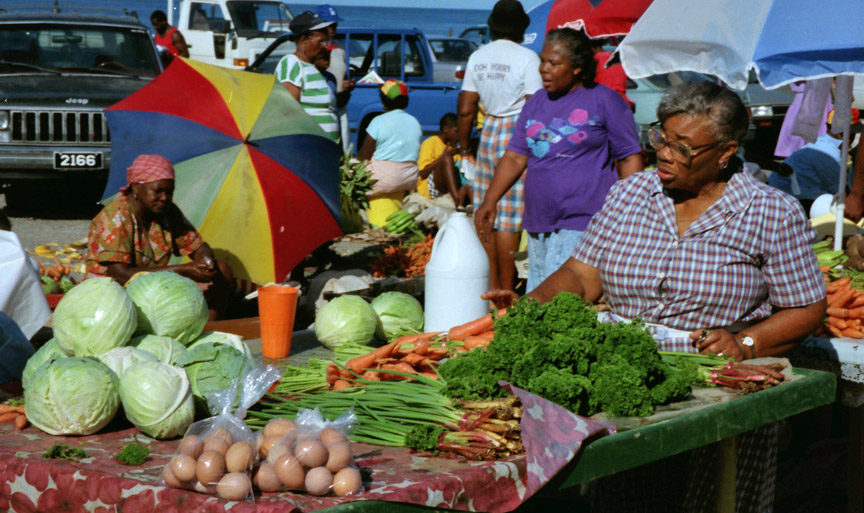 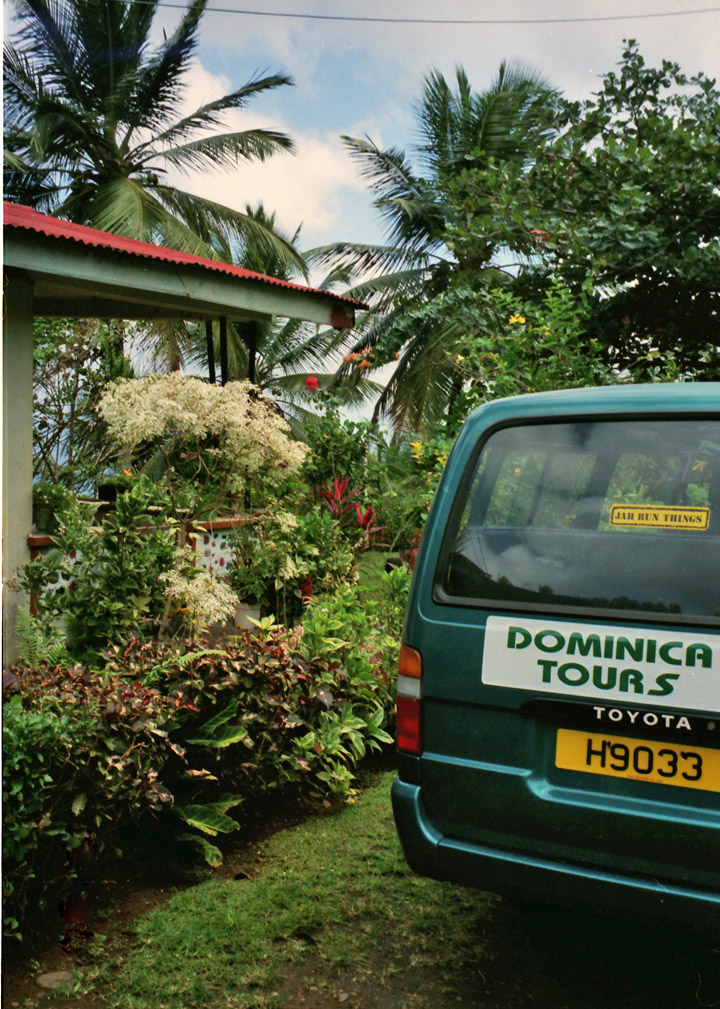 take a tour of the island

Photos from a Tour of the Nature Island