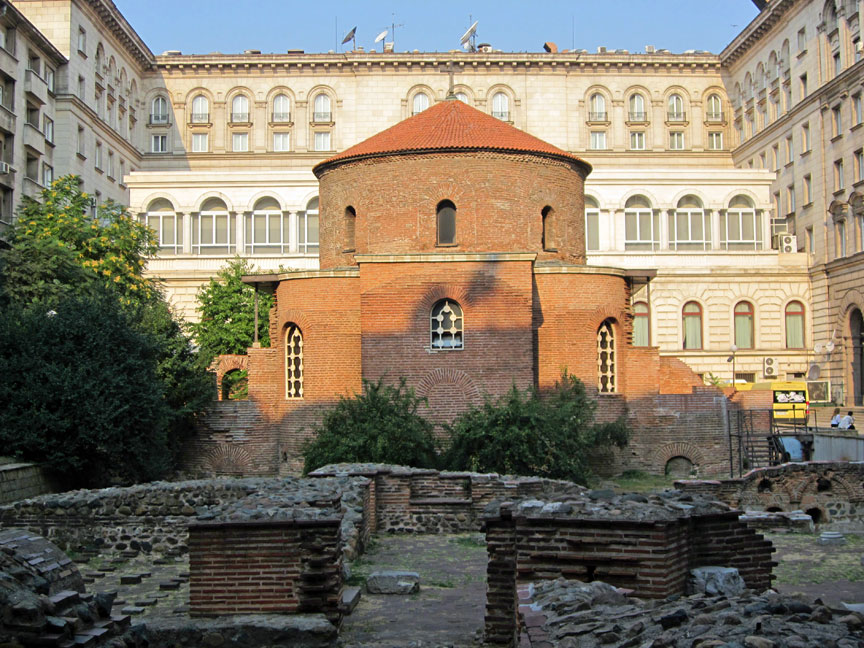 The Church of St George (Bulgarian: Ротонда „Свети Георги“ Rotonda "Sveti Georgi") is an Early Christian red brick rotunda that is considered the oldest building in Sofia, the capital of Bulgaria. It is situated behind the Sheraton Hotel, amid remains of the ancient town of Serdica. 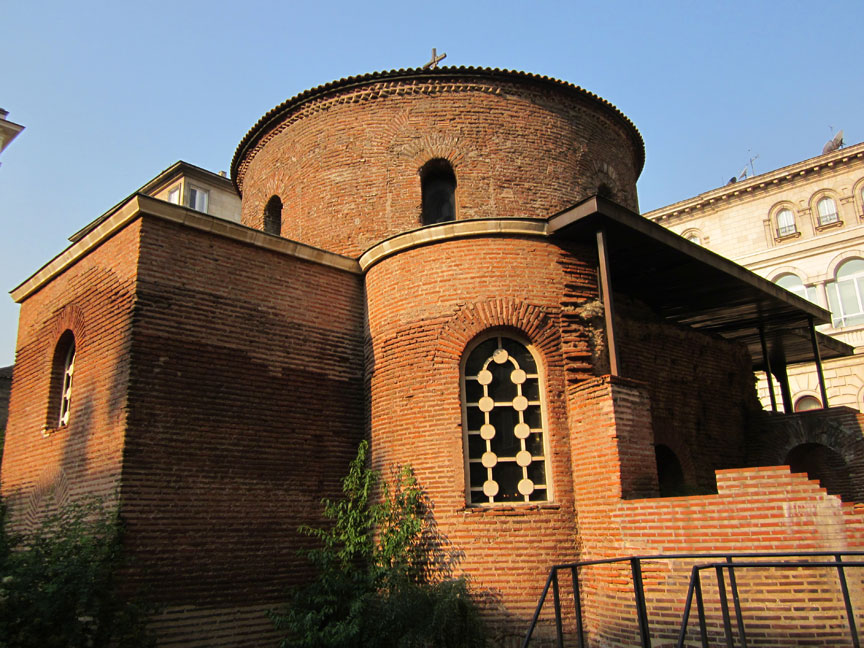 Built by the Romans in the 4th century, it is mainly famous for the 12th-14th century frescoes inside the central dome. Three layers of frescoes have been discovered, the earliest dating back to the 10th century. Magnificent frescoes of 22 prophets over 2 metres tall crown the dome. Painted over during the Ottoman period, when the building was used as a mosque, these frescoes were only uncovered in the 20th century. 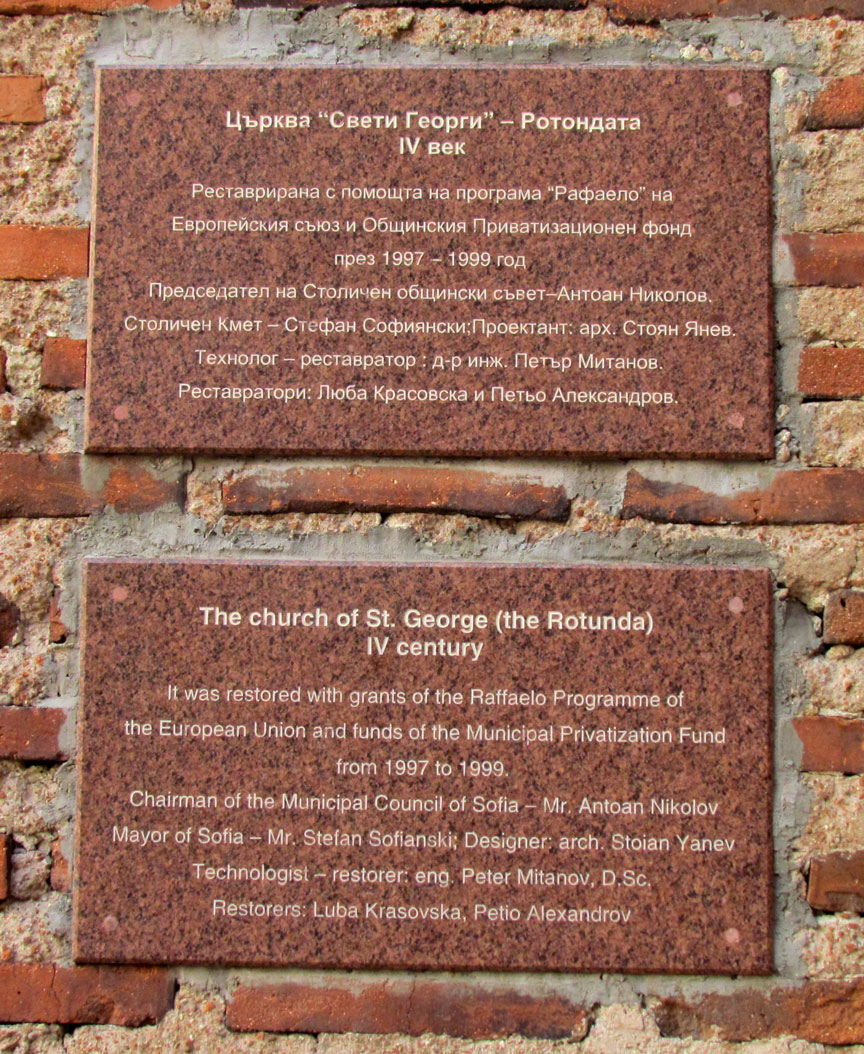 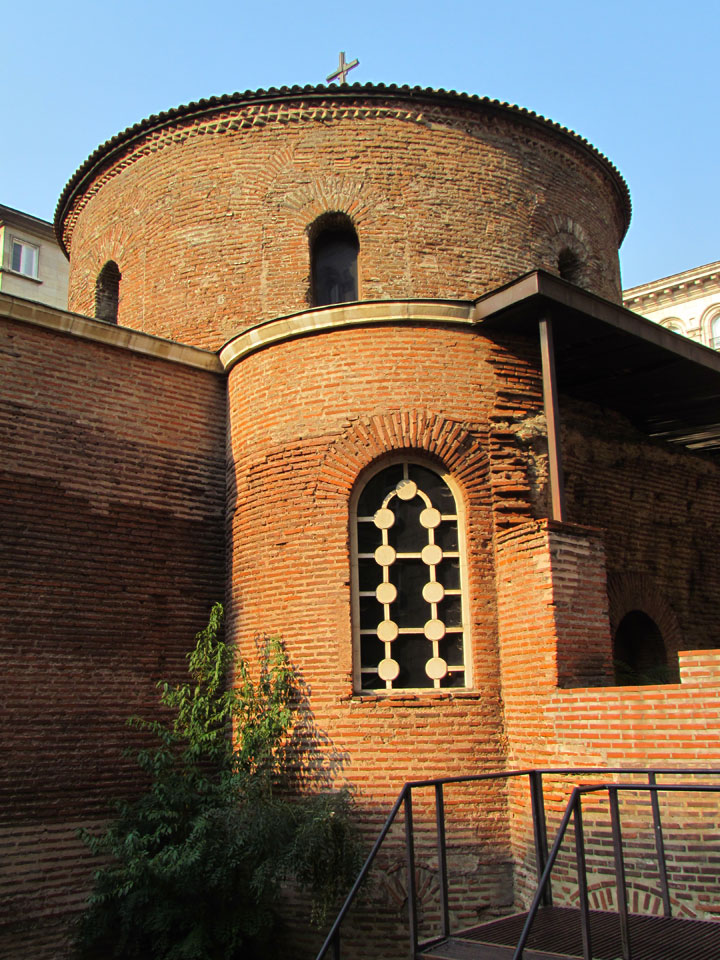 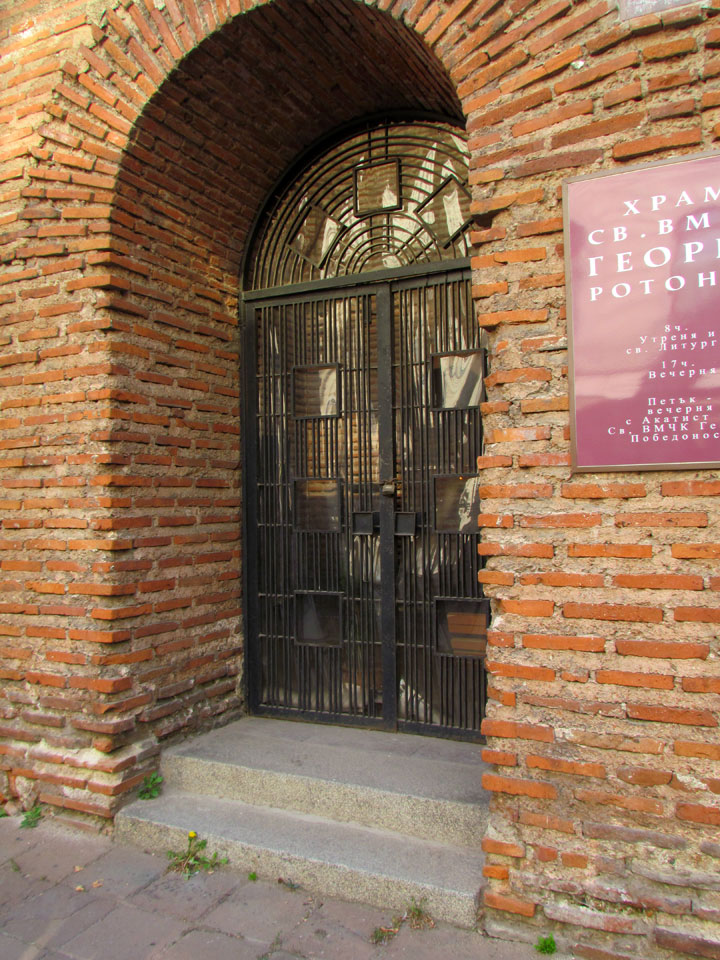 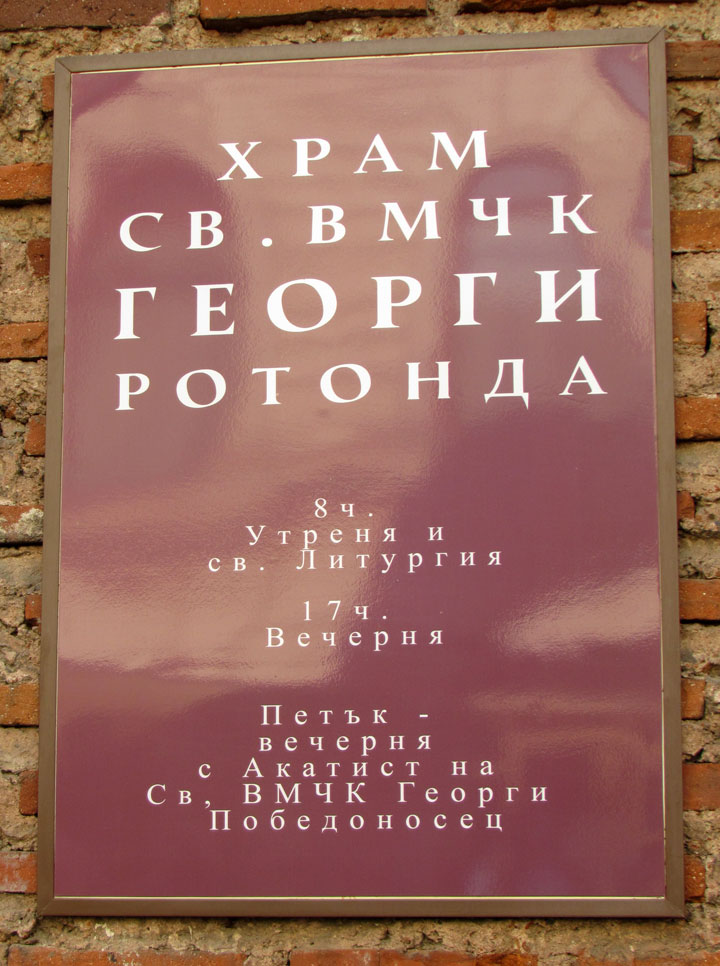 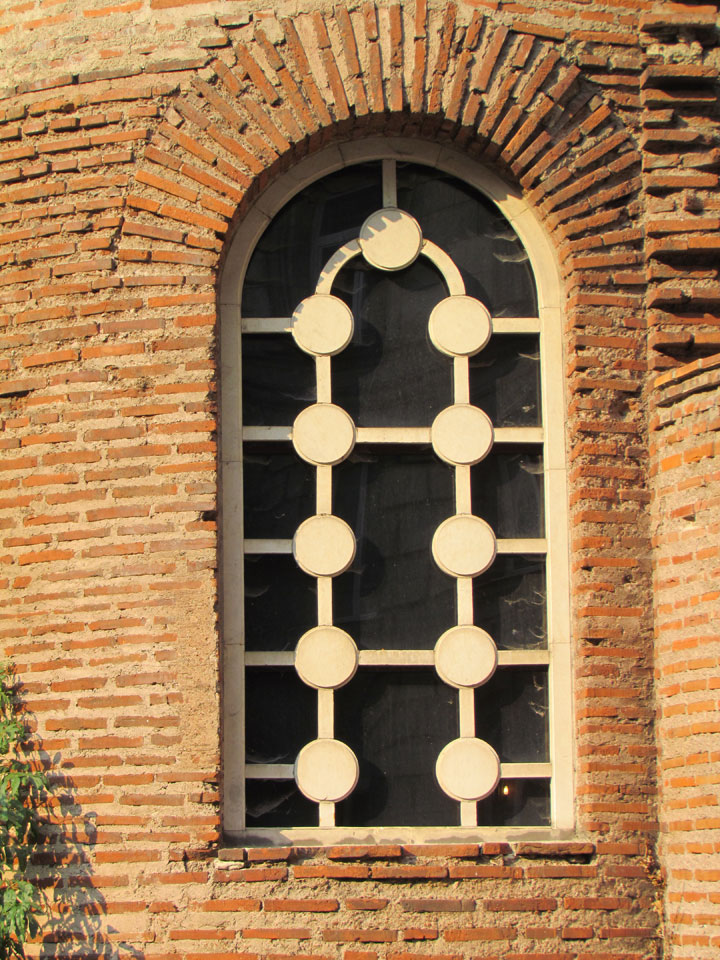 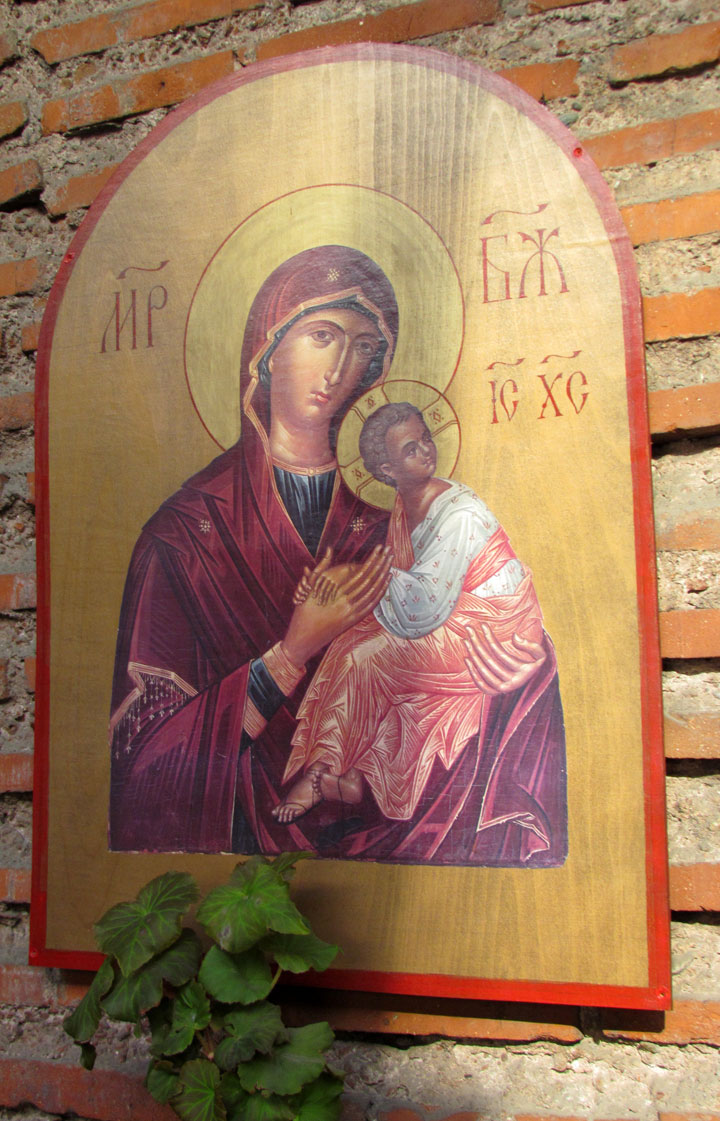 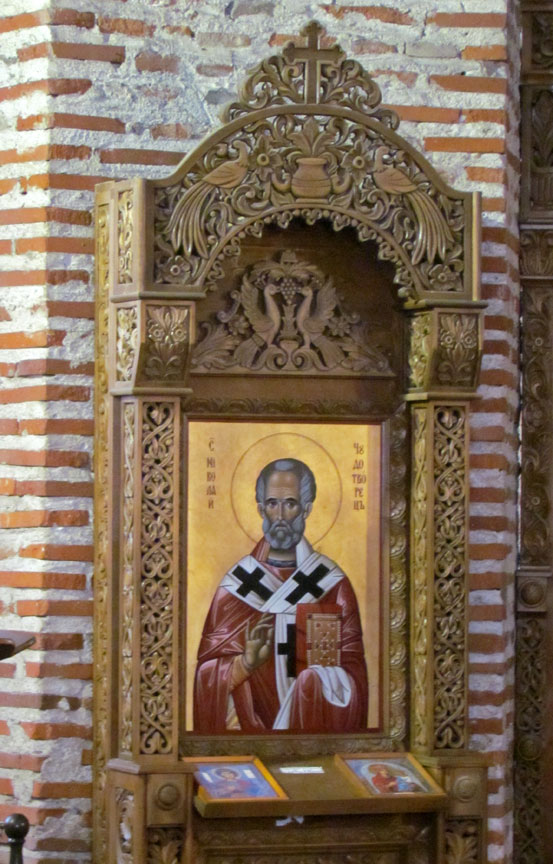 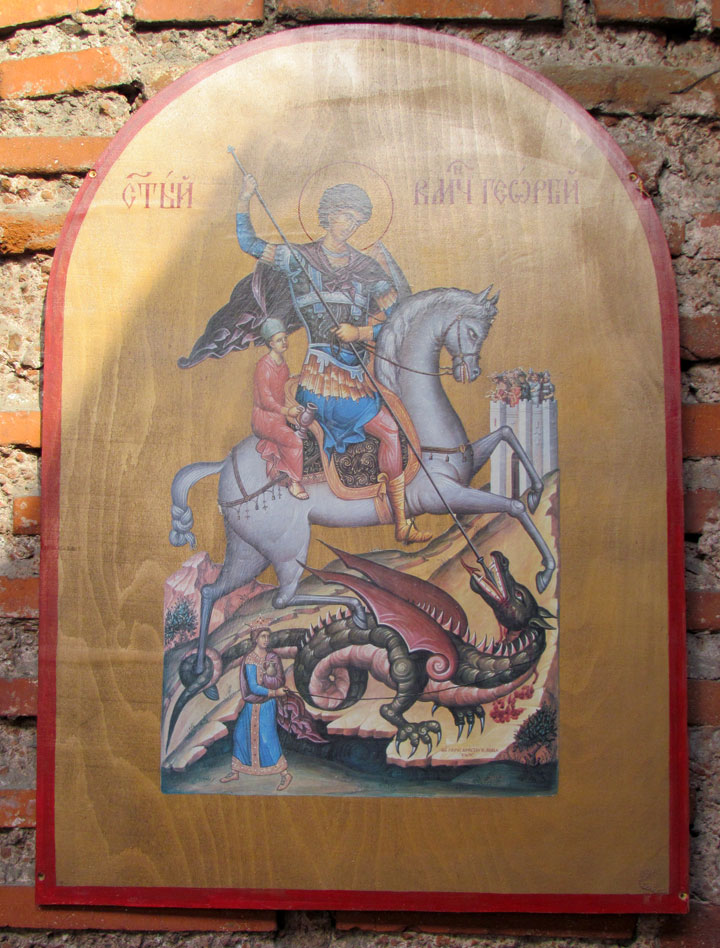 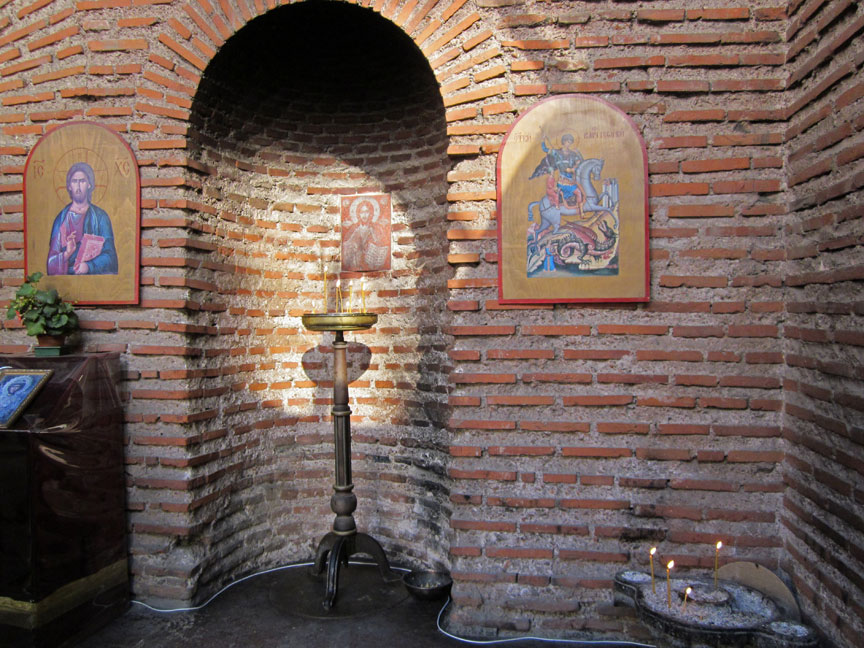 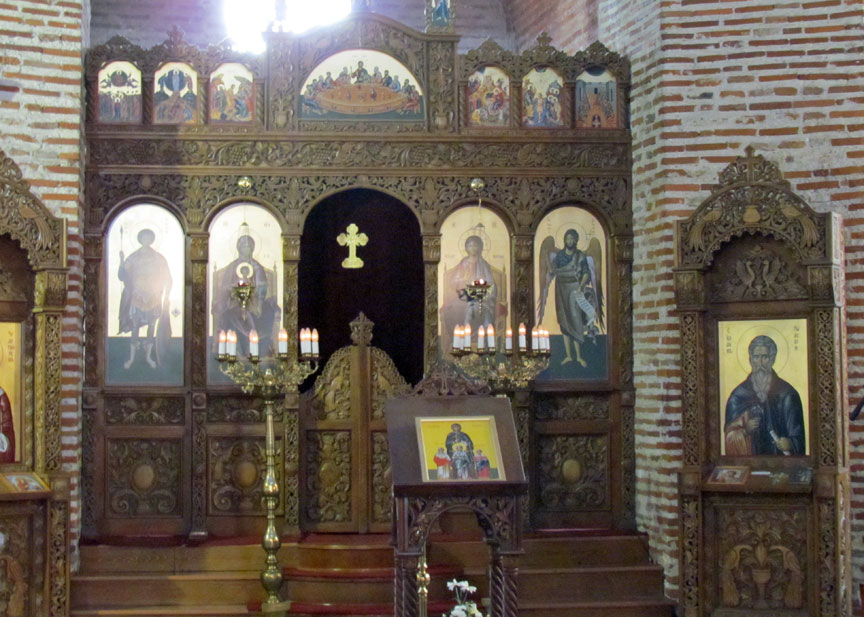 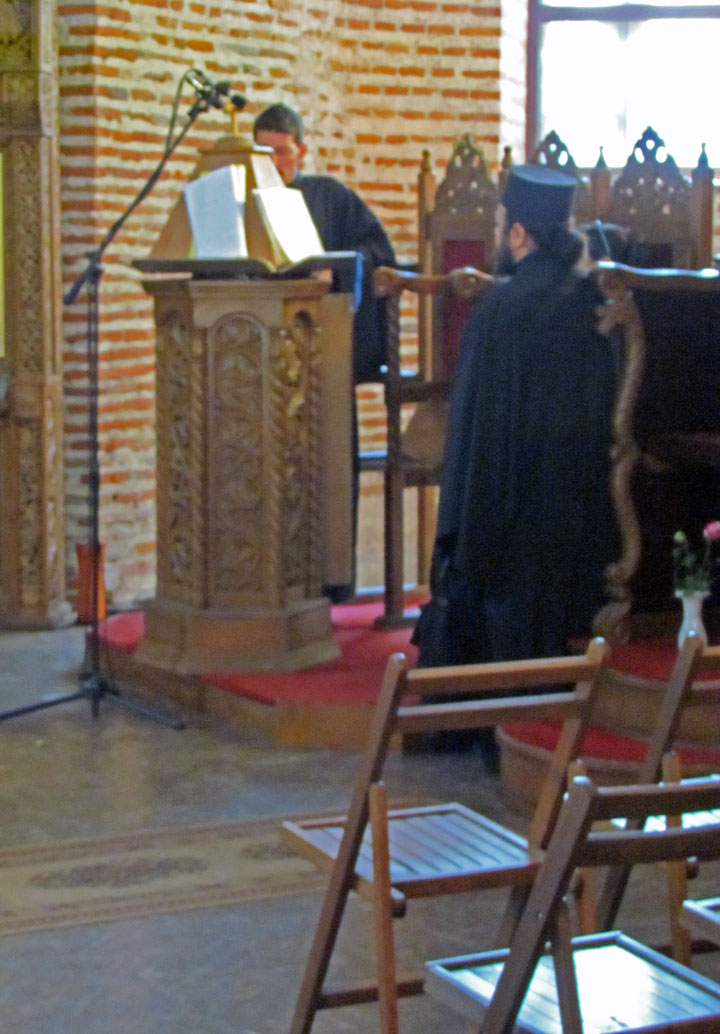 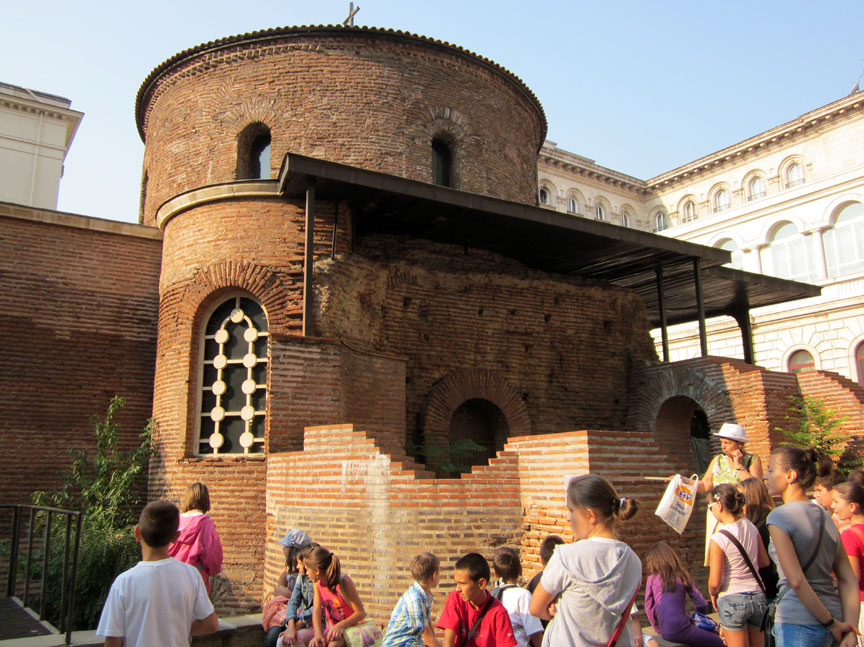 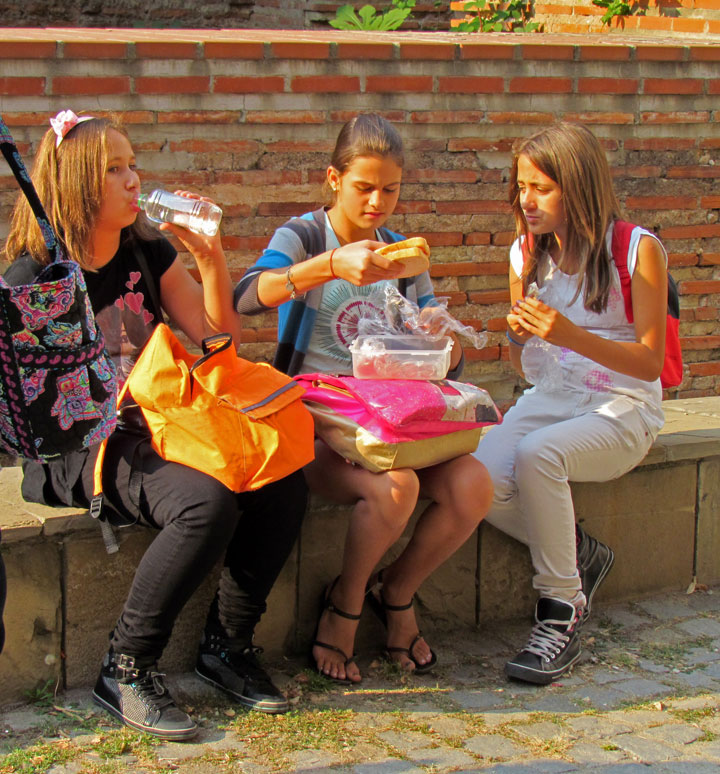 some having their lunch 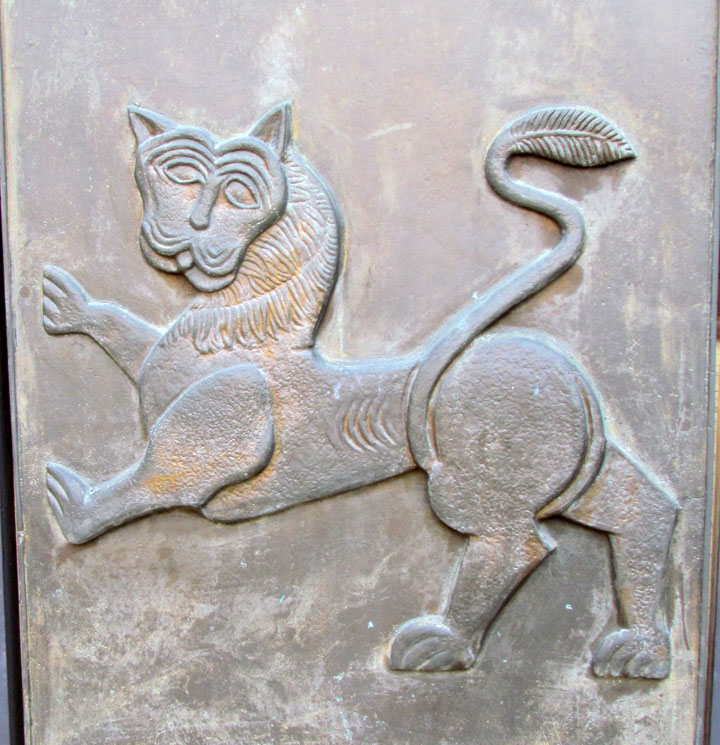 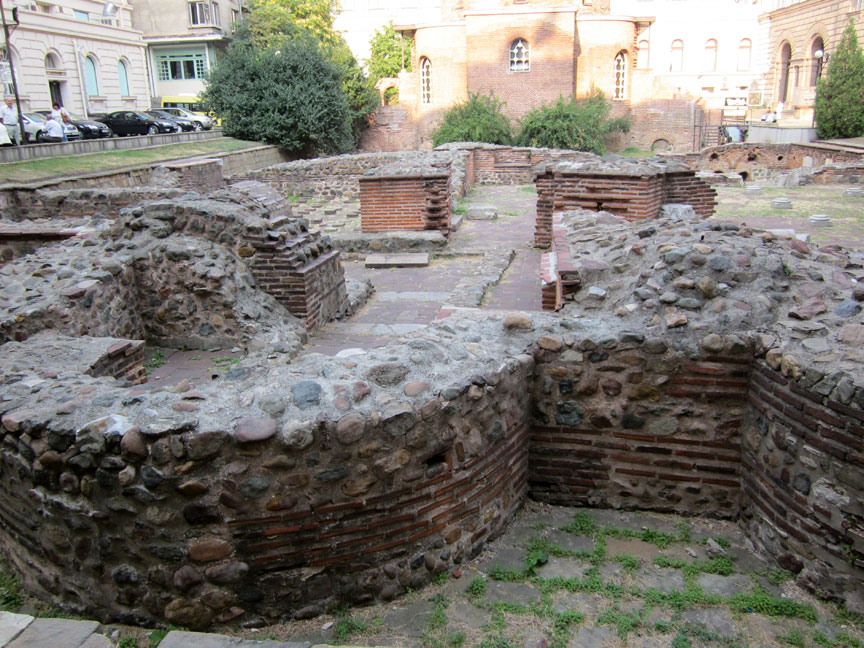 foundation of an older church 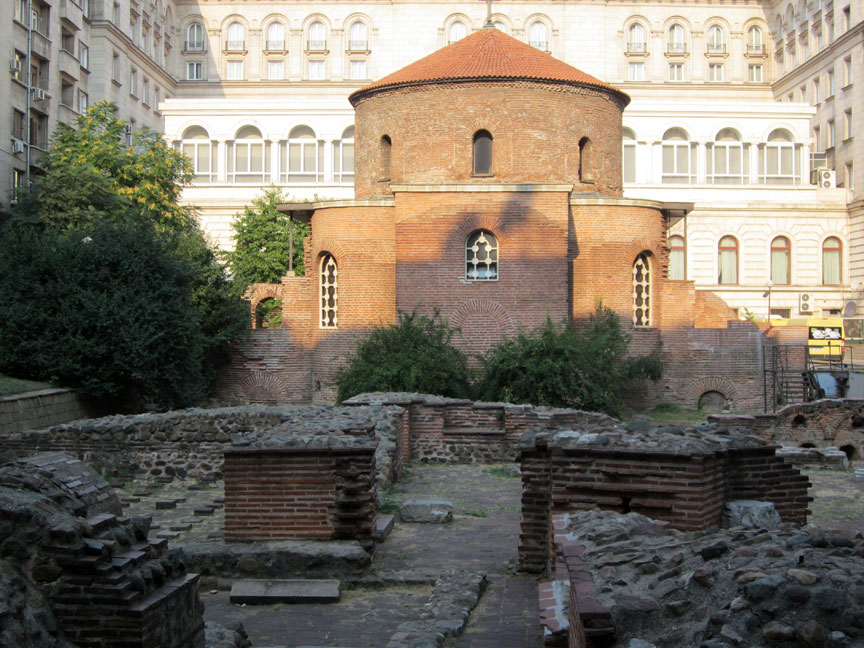