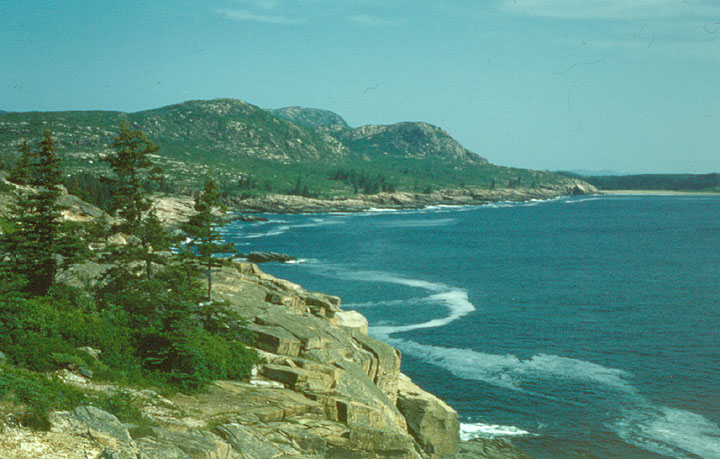 Acadia National Park, national park in central eastern Maine, on the Atlantic coast, proclaimed as a national monument in 1916 and established as a national park in 1919. The park includes a rugged coastal region of great natural beauty, with the highest coastal land point, Cadillac Mountain (466 m/1,530 ft), along the eastern seaboard of the United States. It consists of half of Mount Desert Island, parts of Isle au Haut, and several other islets, as well as the tip of the Schoodic Peninsula, the only mainland section. The coast is characterized by wave-eroded granite cliffs. The inland portion, forested with spruce and fir, contains lakes and mountains carved by glacial action. A variety of land and marine life is found in the park. The park has a nature center and a museum displaying Stone Age Native American relics. It was known as Lafayette National Park from 1919 to 1929. Area, 19,319 hectares (47,738 acres).