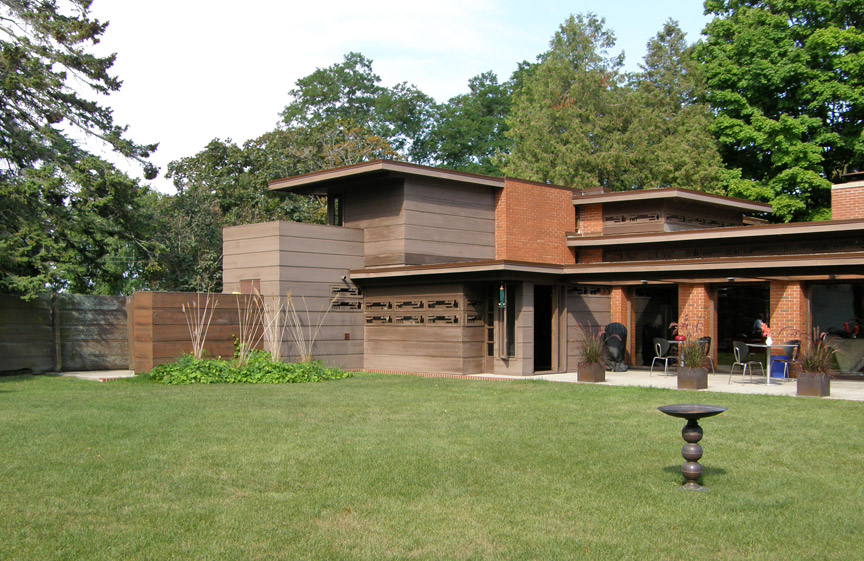 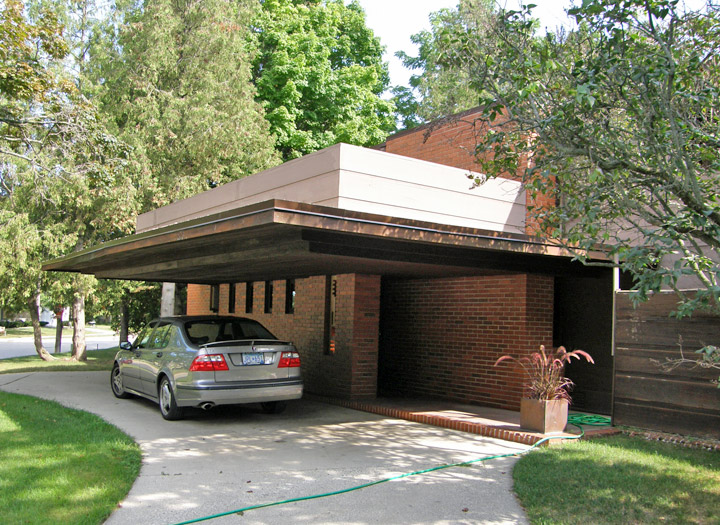 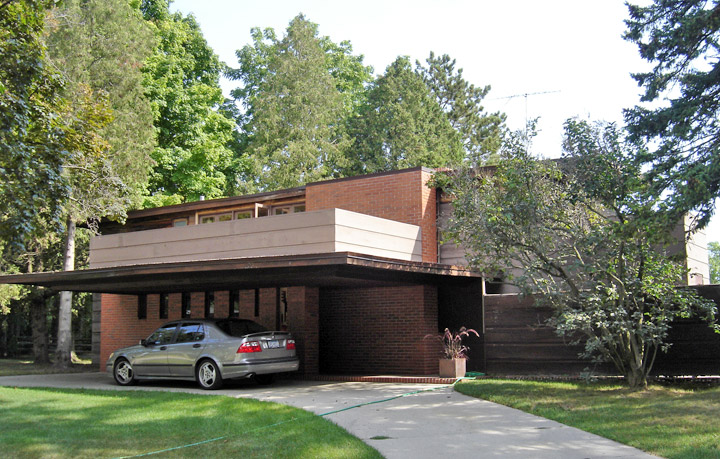 the carport
under the cantilevered overhang

Edgar Tafel's book "Apprentice to Genius", tells that this was the house that got him fired.  He was the apprentice that was sent to supervise the construction of the Schwartz house.  When it came time to build the long cantilevers, he decided that they lacked sufficient support to hold through the Wisconsin winters, so he added steel supports to the structure.  He did not, however, tell Mr. Wright that he had done this.  When this design was replicated for another client, Mr. Tafel warned the apprentice in charge to add steel to the cantilever for strength.  When the apprentice ignored these warnings and the cantilevers sagged, Mr. Wright was furious.  He pointed to the ones that Mr. Tafel had constructed as an example that they could be successfully built if the designs were followed properly.  At that point Tafel had to come clean.  He told Mr. Wright that he had added steel to the construction in the Schwartz house.   Mr. Wright felt so betrayed that Tafel was fired on the spot.  Later, Mr. Wright (at his wife, Olgivana's insistence) hired Tafel back. 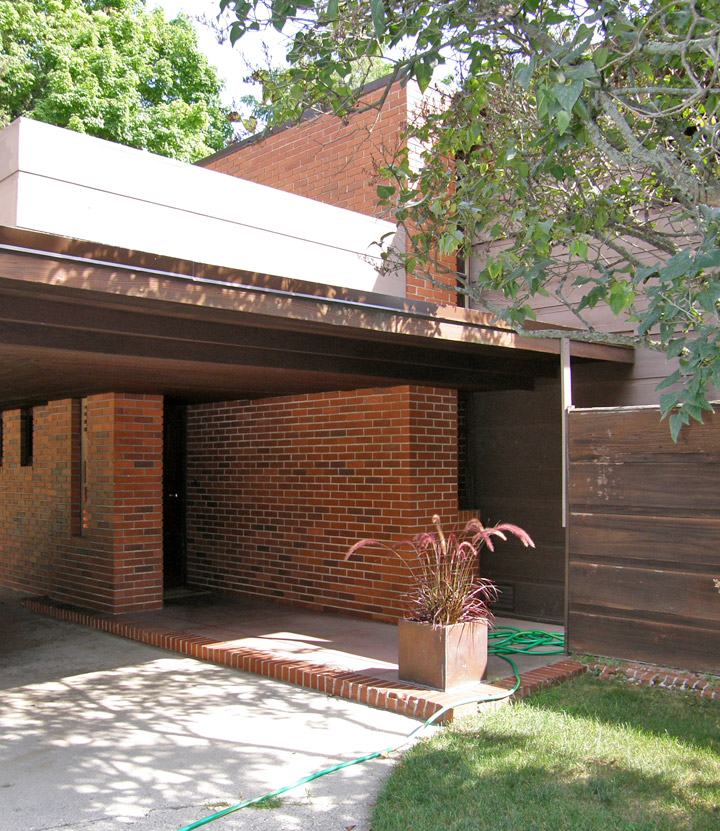 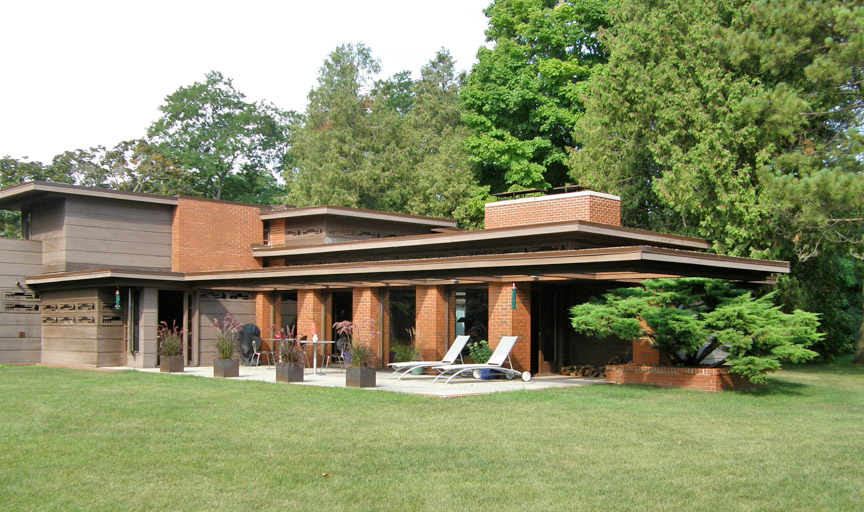 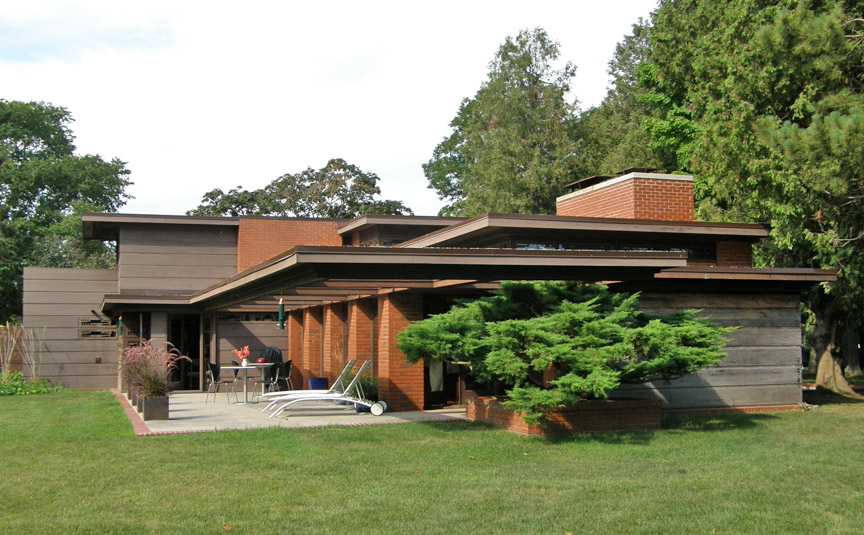 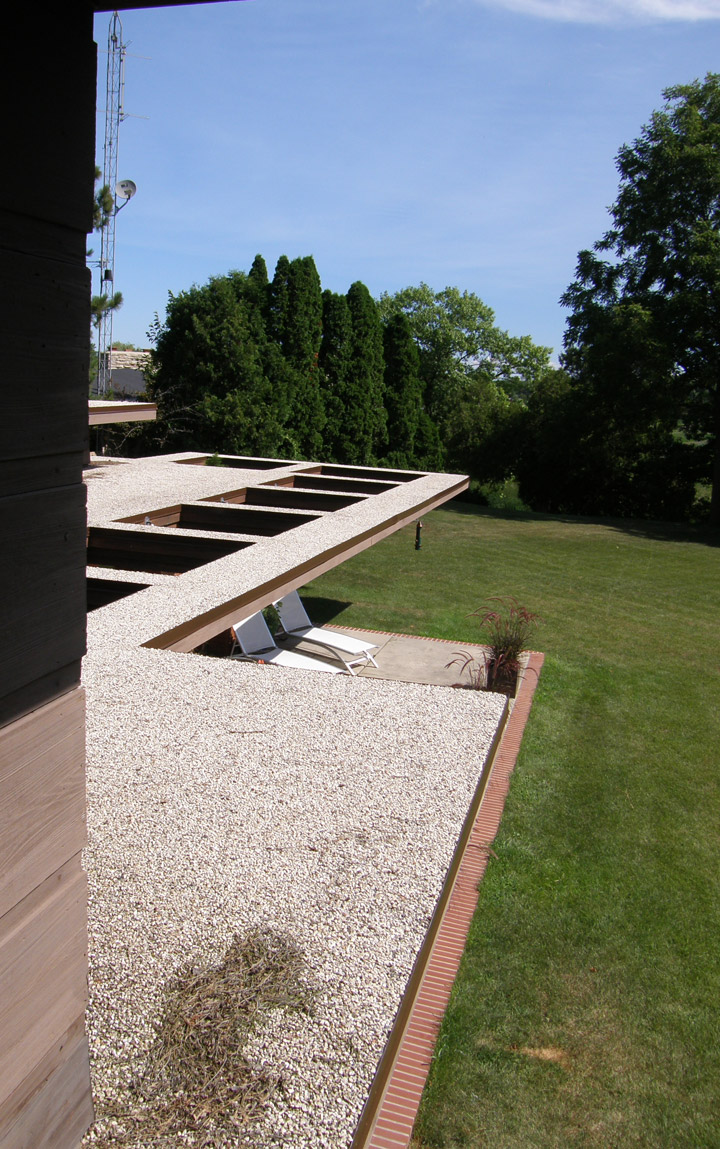 looking over the overhang 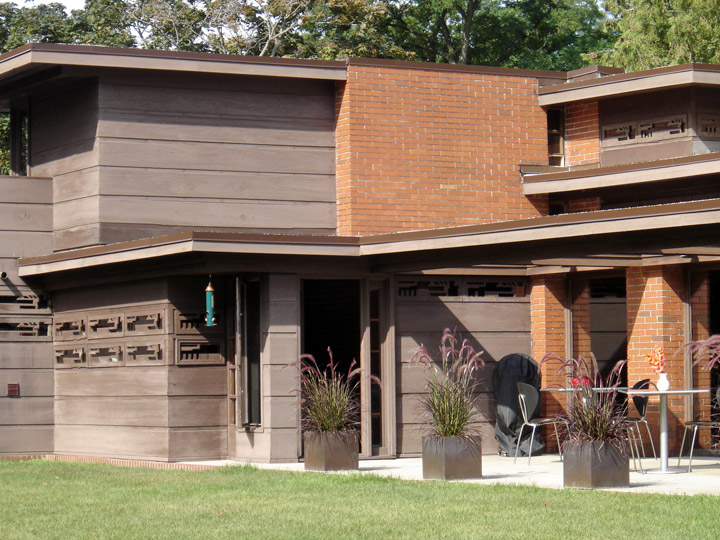 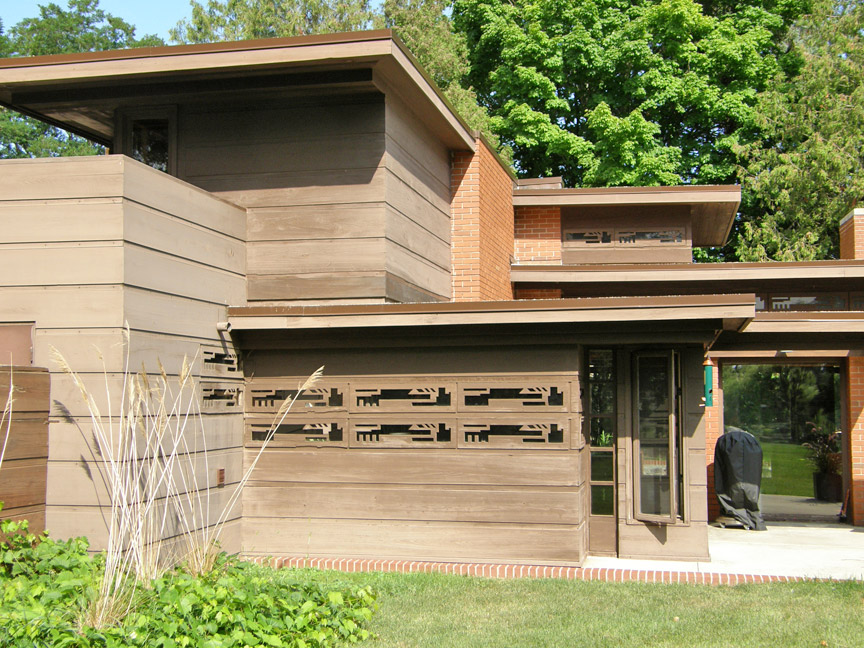 windows of the dining area 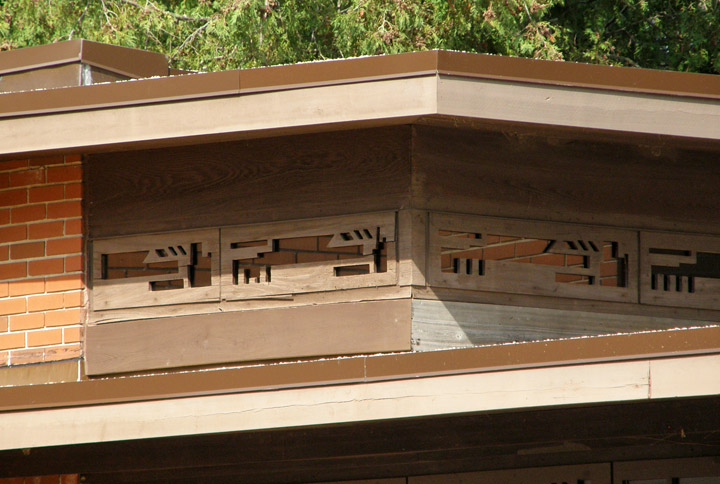 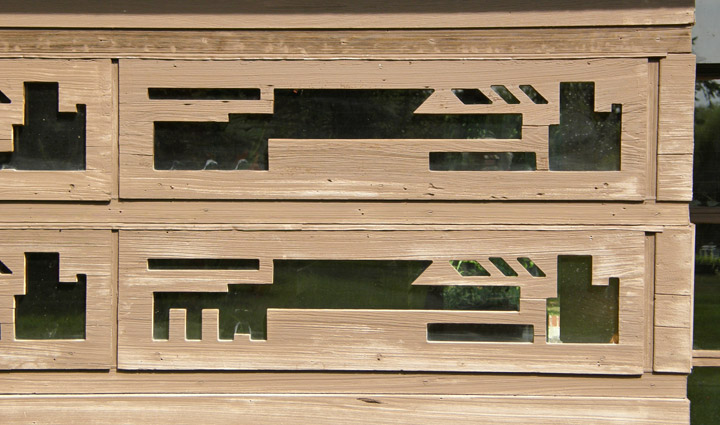 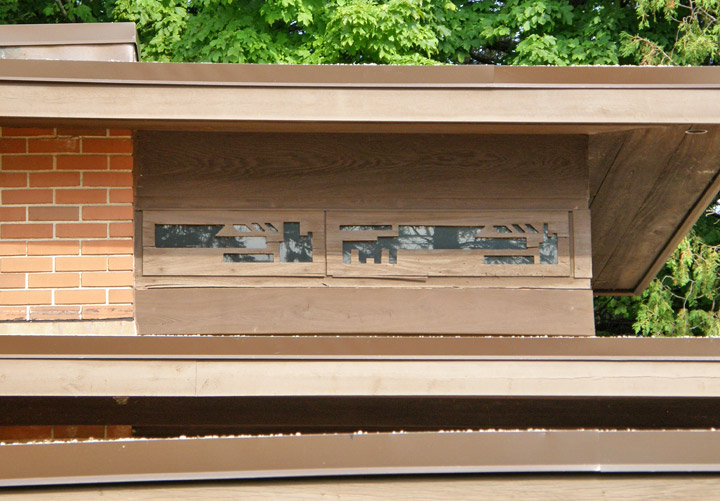 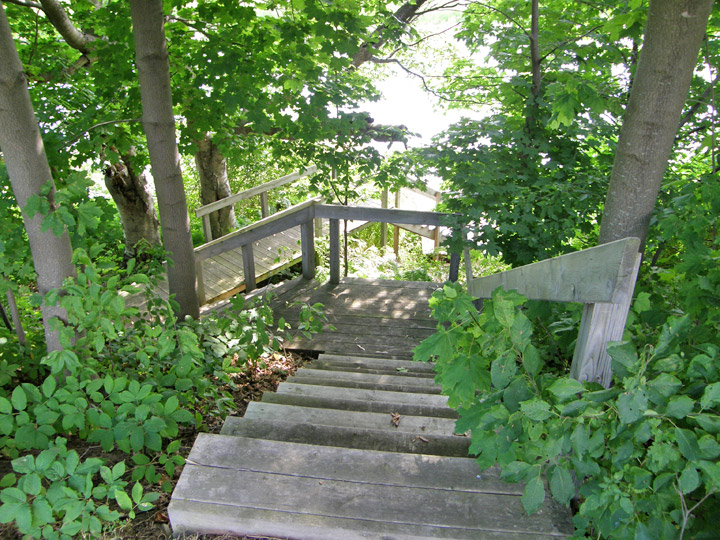 stairs to the waterfront 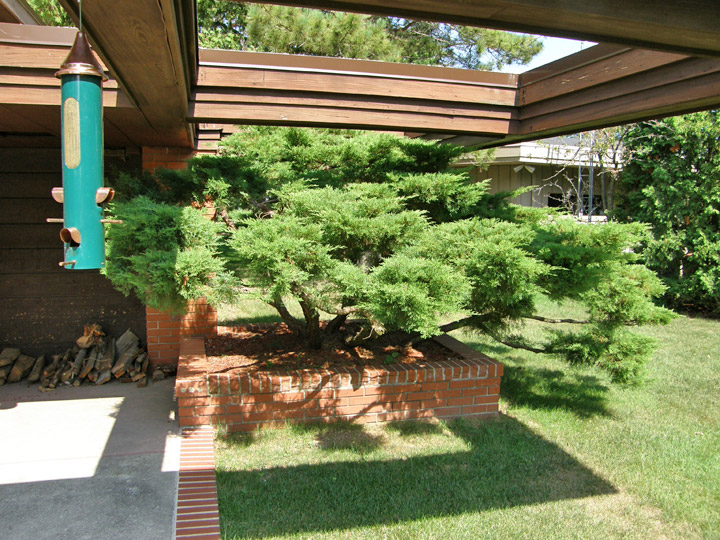 the tree planted by Bernard Schwartz 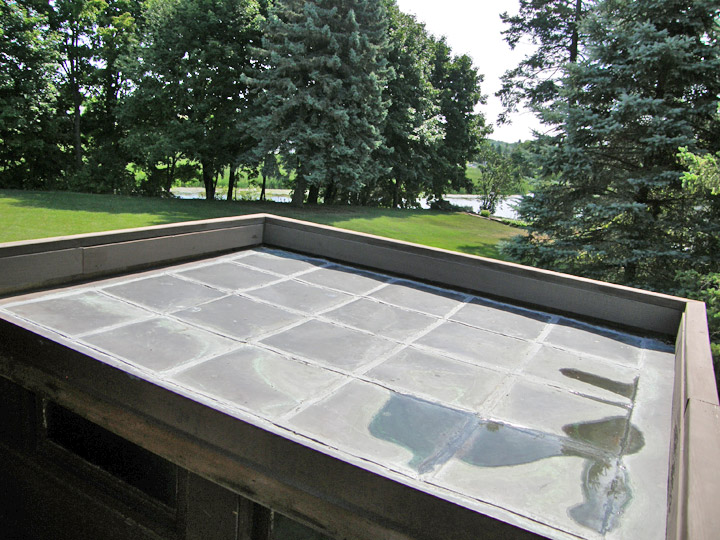 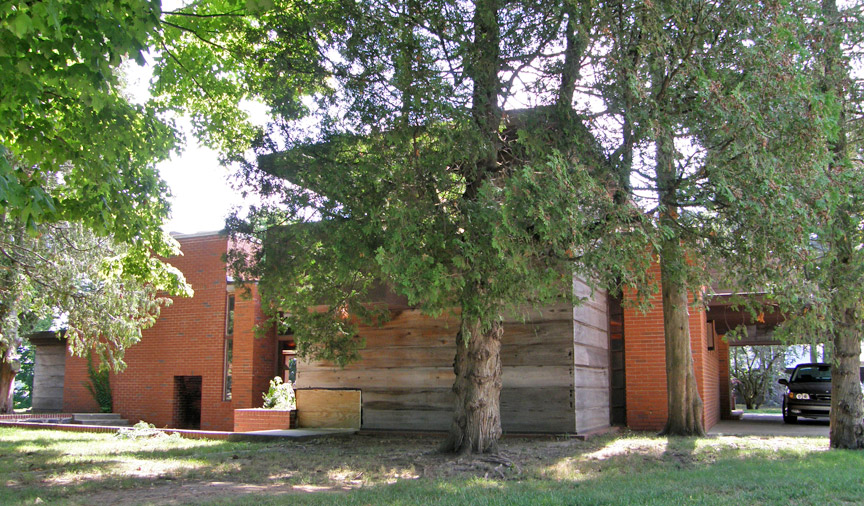 North side of the house