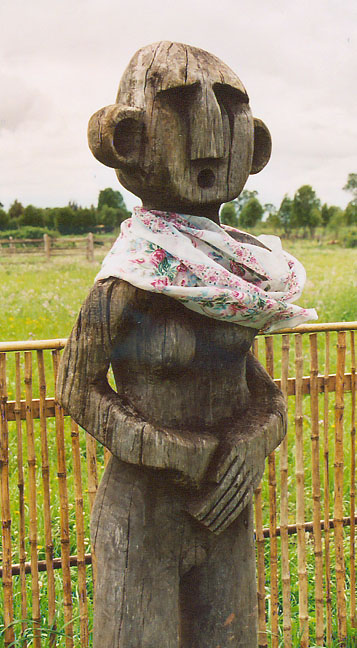 Weaving is an exclusively feminine task.
Skilled weavers or DUWEKAFE are the only ones who know the symbols hidden in colors and designs. 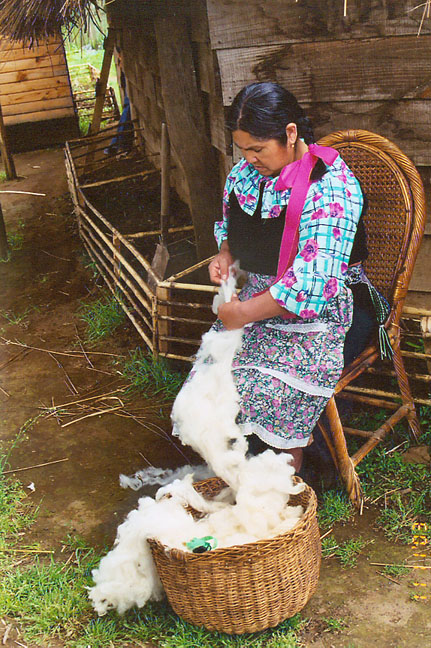 They generally use llama or guanaco wool to weave, but since the arrival of the Spaniards, they use mainly sheep wool. It is washed, disentangled and combed in such a way that threads are stretched. 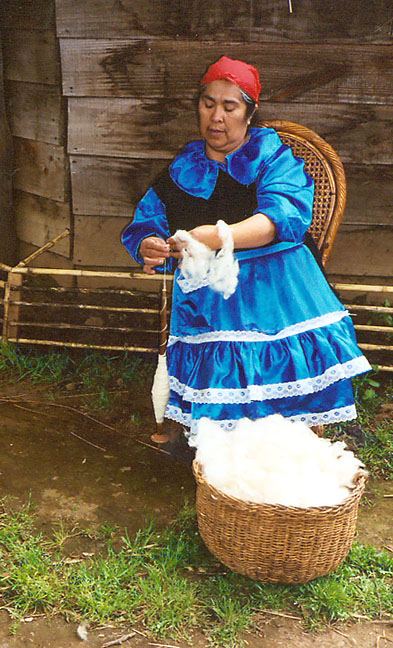 They use a spindle, COLIU,  consisting of a stick with a heavy stone or a piece of ceramics in one end called CHINQUED. 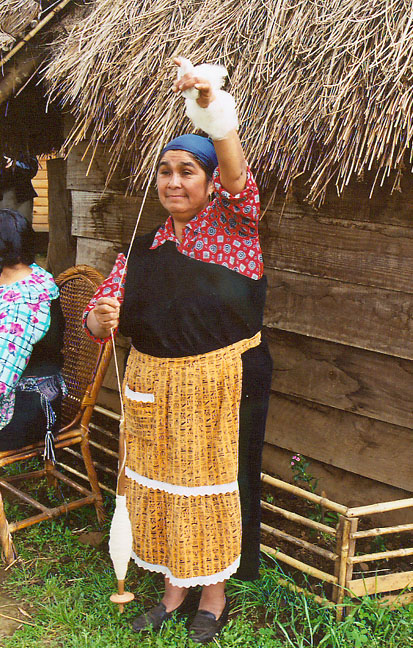 THE LOOM
"STANDING ON THE FLOOR"

The Mapuche vertical loom is called HUICHA HUICHAHUE, which means "standing on the floor". The most rudimentary one is formed by four sticks of varying thickness, while the size of the frame depends on the cloth they are going to make. 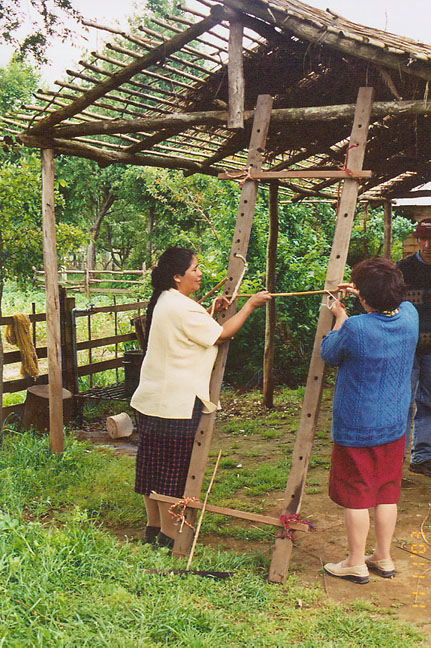 A more evolved form of the same loom is made of square sticks. The vertical ones have holes carved at a distance of 20 centimeters from each other, where the pegs support the separator. 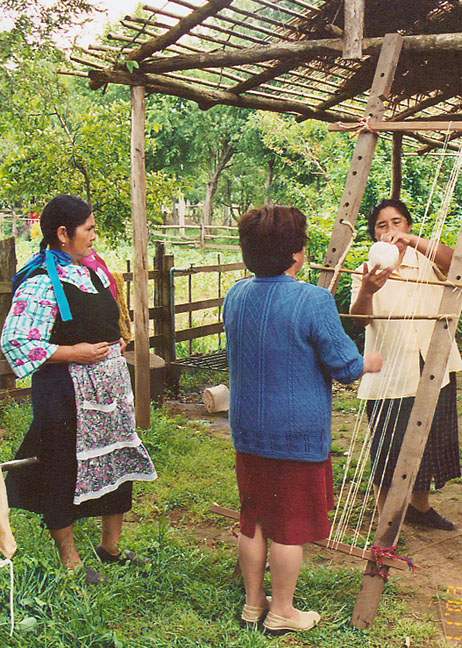 Parts of the loom: 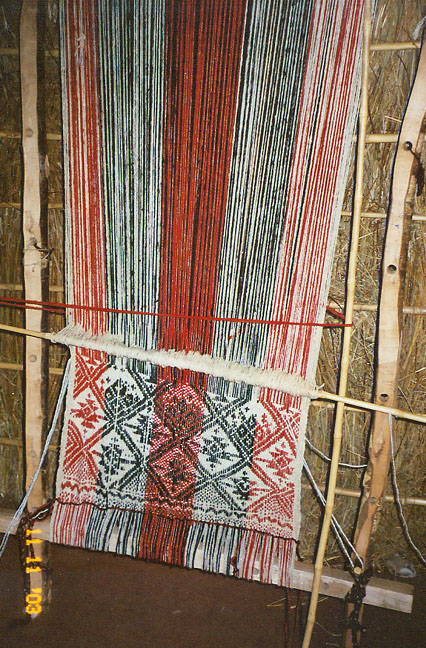 loom from the museum

They generally use vegetable and mineral elements, like dusts of several colors to dye wool, and in earlier times, they used fermented urine to fix colors. Yellow, green and gold are obtained from the roots and stems of MICHAY (Berveris darwini); deep red from ROBLE PELLIN (Notophagus obliqua); purple from MAQUI, dark brown from the bark of RADAL. 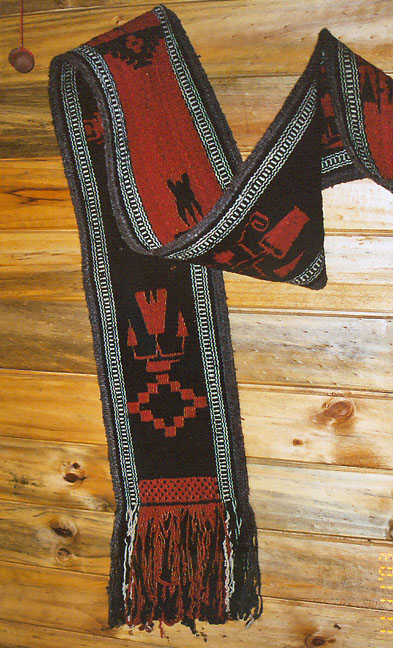 There are "negative" dyeing techniques practiced on a set warp or on a woven cloth. The IKAT is the technique used to preserve a part of the wool from dyeing by a tie-and-resist dyeing of the white warp 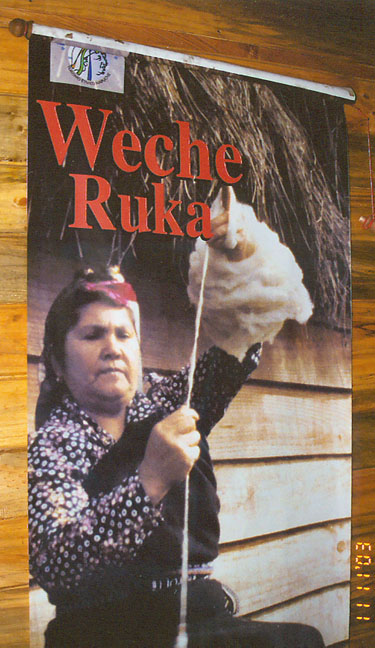